How to Make Meatballs

Meatballs are a cross between a hamburger patty and a meatloaf. They are very popular in a variety of dishes and can be found in cuisine from all across the world! They are the perfect food to make ahead and freeze, plus they are simple and easy to make. Meatballs are even a great way to introduce young kids to cooking as they require a lot of hands-on interaction to prepare and make, while the measurements are simple and easy to understand!

Where did meatballs come from?

When people hear the word "meatball," most of them think of the famous Italian dish spaghetti and meatballs or even of Swedish meatballs. However, while no one is sure exactly where they originated from, most people believe the first meatballs were created centuries ago by the Persians for a dish called kofta. Nearly every culture and region in the world have some sort of meatball dish! 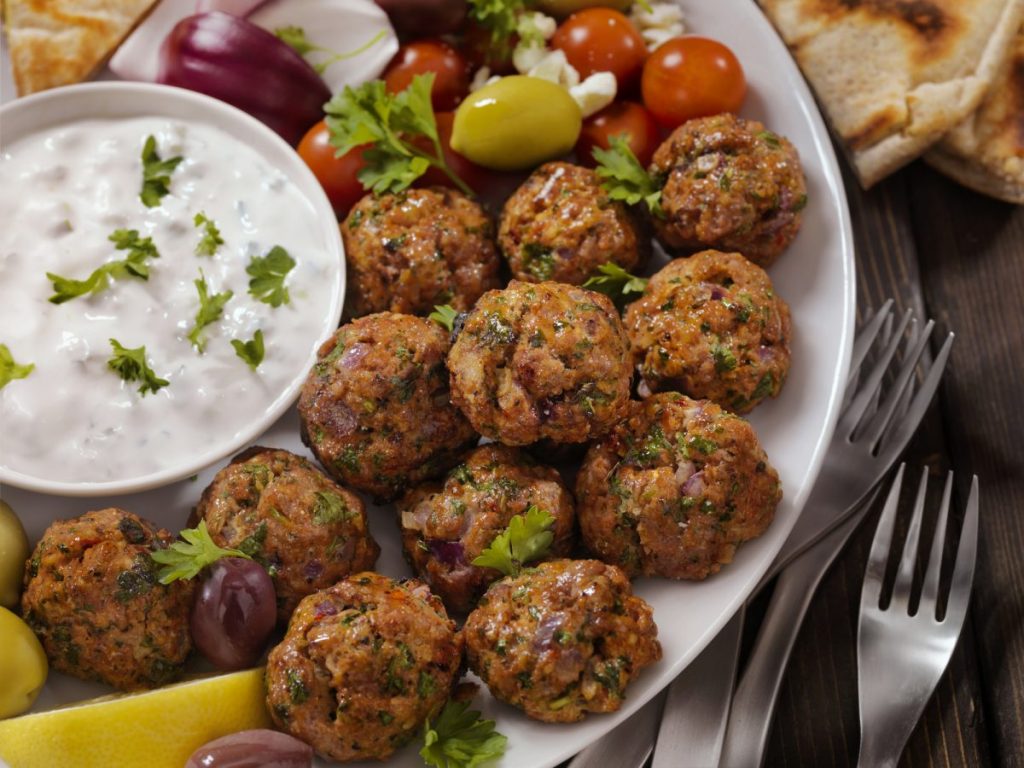 What is a meatball?

In its simplest form, a meatball is ground protein, usually beef, lamb, pork or chicken. This meat is ground and combined with a moisturizing component such as eggs. Then spices including salt and pepper join the mix for flavor depth, as well as a binding agent such as bread crumbs. All of the ingredients vary depending on the recipe, region, and culture of the dish! 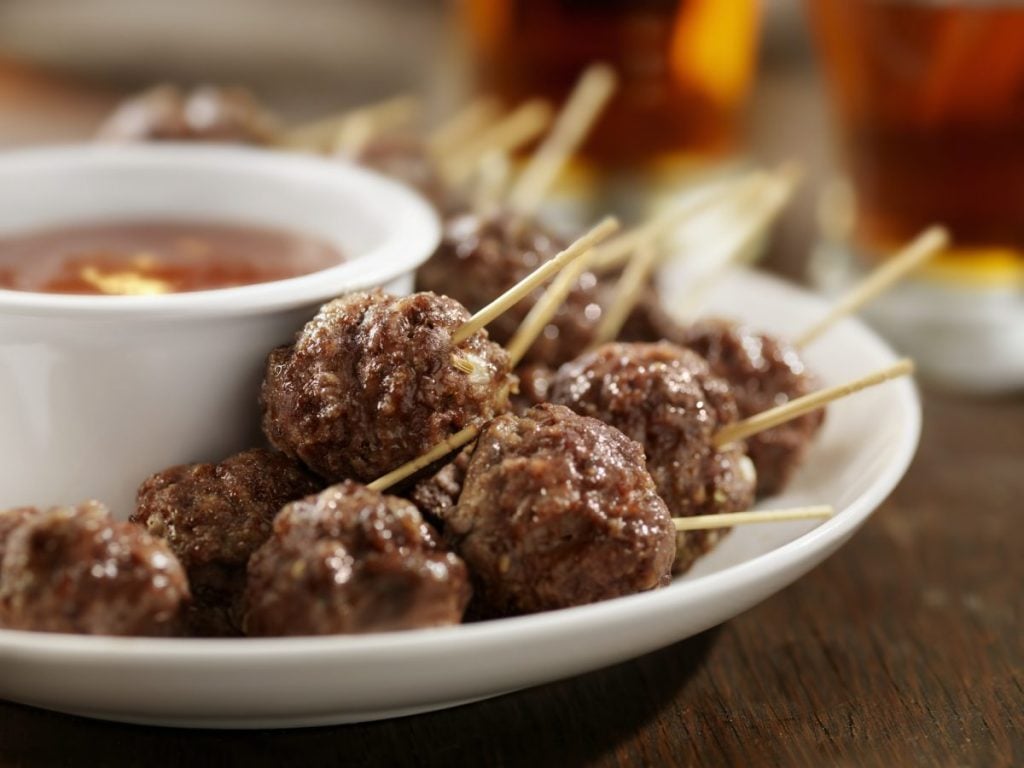 What ingredients do I need to make Italian meatballs?

Italian meatballs are very well known, and the list of ingredients is pretty simple. To make Italian meatballs, you need a little ground beef, ground pork, and Italian sausage, some bread crumbs soaked in milk until it becomes a paste, some chopped onion, minced garlic, a couple of eggs, a little Parmesan cheese, and a dash of fresh parsley. 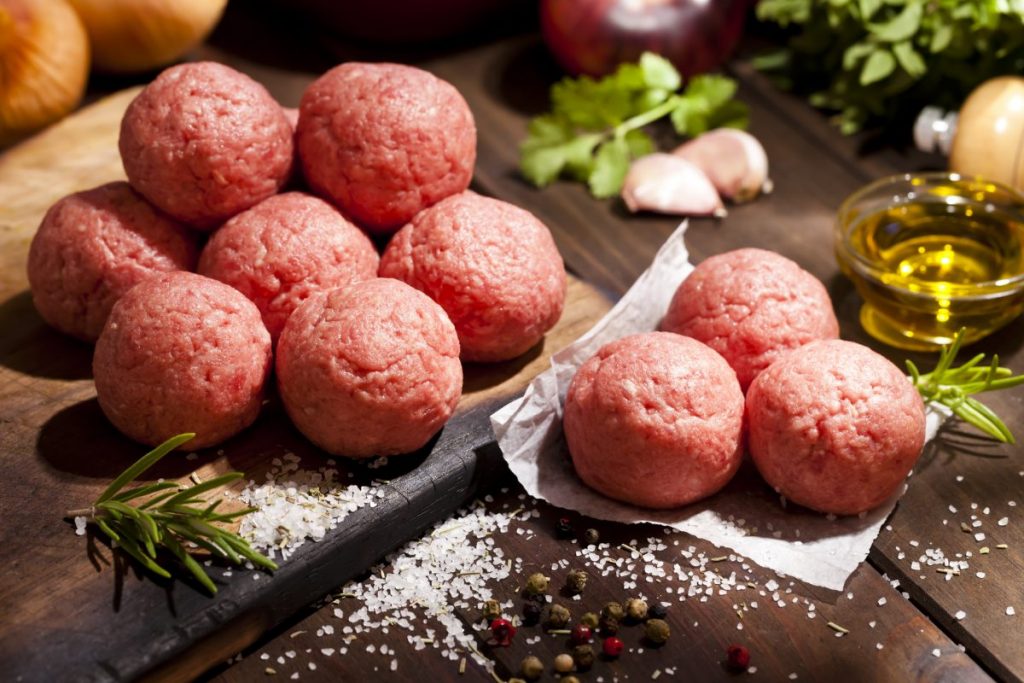 How do I make Italian meatballs?

Begin by mixing the breadcrumbs and milk until evenly combined, then set them aside. In a large bowl, you want to combine the different meats together with the onion, garlic, some salt, and pepper. Mix with your hands for the best results, then add the bread and milk mixture, eggs, parsley, and cheese. Continue mixing with your hands until the entire thing is combined but not over mixed. Form into balls about the size of a golf ball.

To cook, pour a few tablespoons of olive oil in a skillet and brown the meatballs on all sides. Add some marinara sauce and lower the heat, cook them until they are brown all the way through. 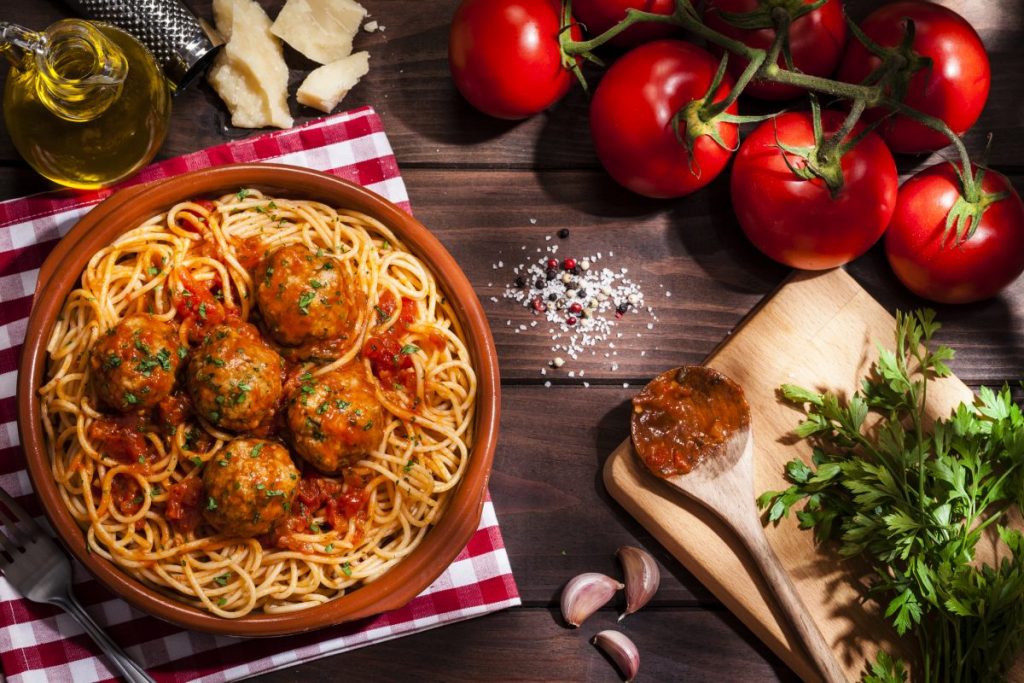 What are the ingredients for Swedish meatballs?

Swedish meatballs have a much different taste than Italian meatballs. These tend to be a little sweeter and rather than being cooked in a marinara, they are covered in a delicious beef sauce. For these meatballs, you'll want some ground beef and ground pork, plain bread crumbs, egg yolk, allspice, nutmeg, and some sweet onion. 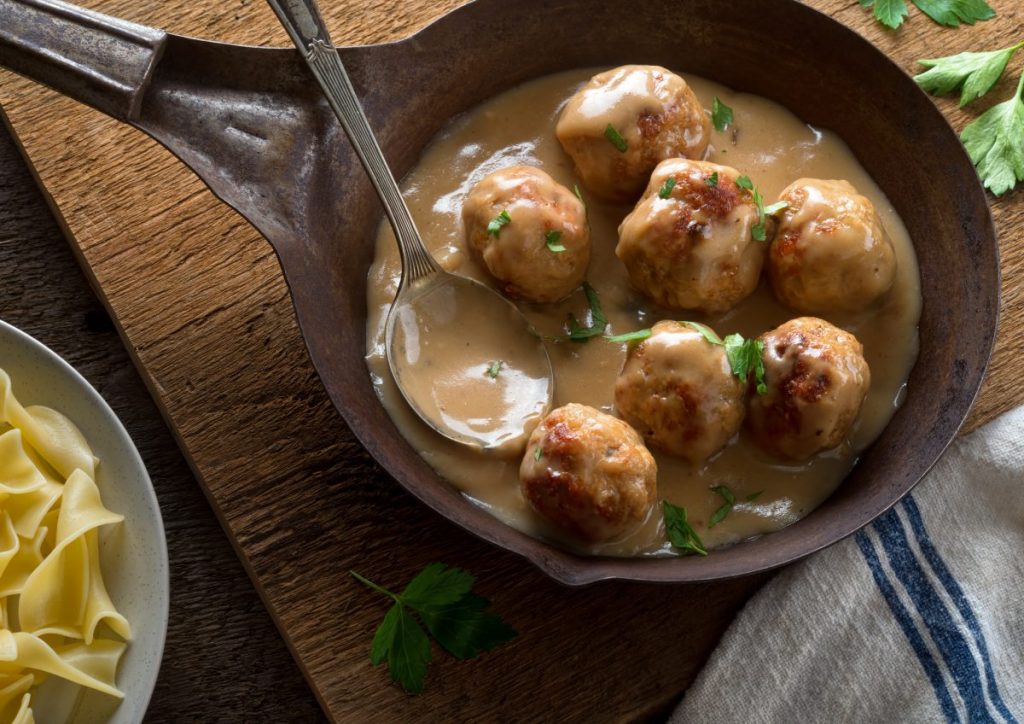 How do I make Swedish meatballs?

Begin your Swedish meatballs with the onions. Lightly cook them in a saute pan with some olive oil until they are translucent but not beginning to brown. Set them aside to cool. In a large bowl mix the meat, bread crumbs, egg yolk, spices, salt, and pepper. Once cool add in the onions and mix with your hands until combined. Form into meatballs and brown in a frying pan of oil on all sides. 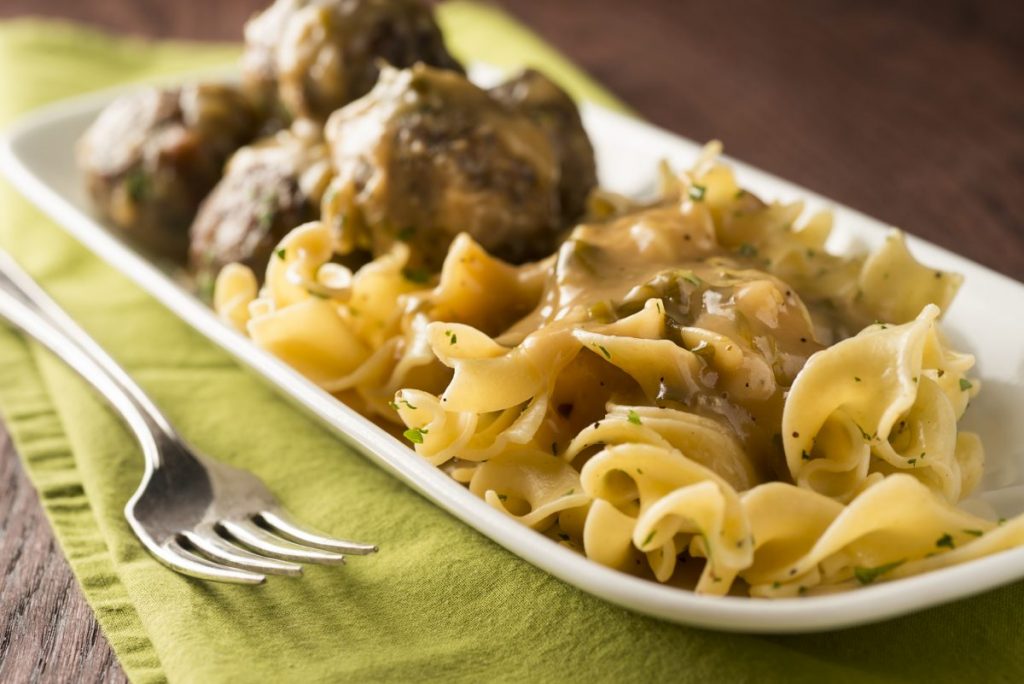 What are the ingredients for Kofta?

Kofta meatballs are considered by many to be the first meatballs ever, and while there are a wide variety of kofta meatballs out there, these Middle Eastern koftas are full of authentic spices. These meatballs require some fresh parsley and mint, garlic, ground coriander, cumin, cinnamon, ginger, and allspice, a pinch of cayenne pepper, some onion, and ground beef. 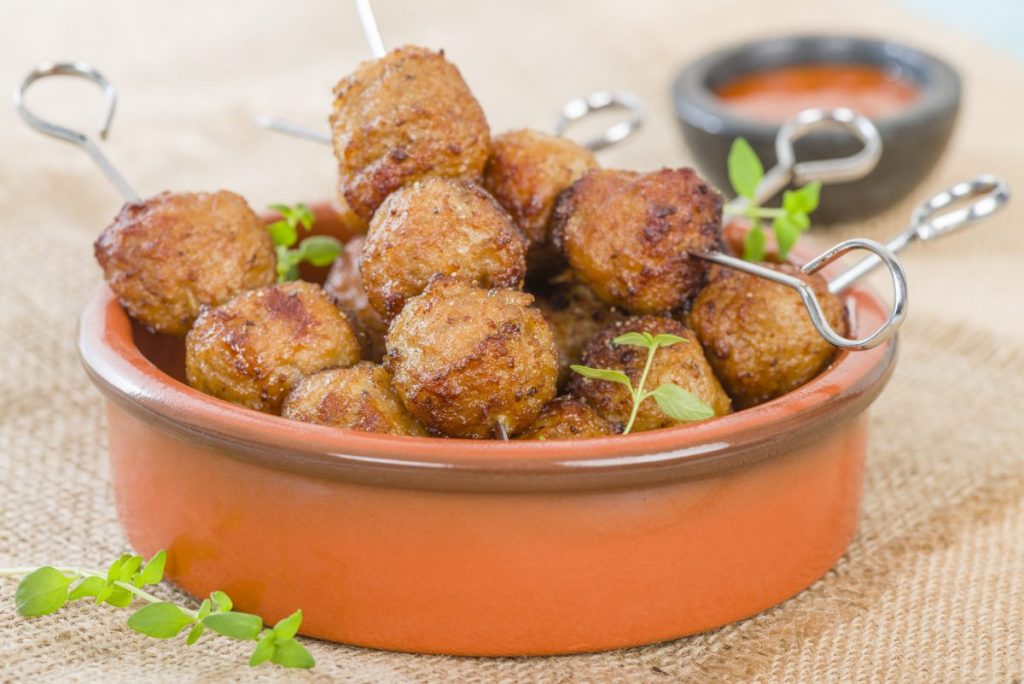 How are kofta meatballs made?

Begin by preheating your oven to about 425 degrees Fahrenheit and rather than chop your onion, use a grater and grate it. Combine all the ingredients together in a bowl and mix them with your hands. Turn the mixture into balls about the size of a golf ball then set them on a baking sheet and bake them in the oven for just under twenty minutes or until they are cooked through and no pink remains. 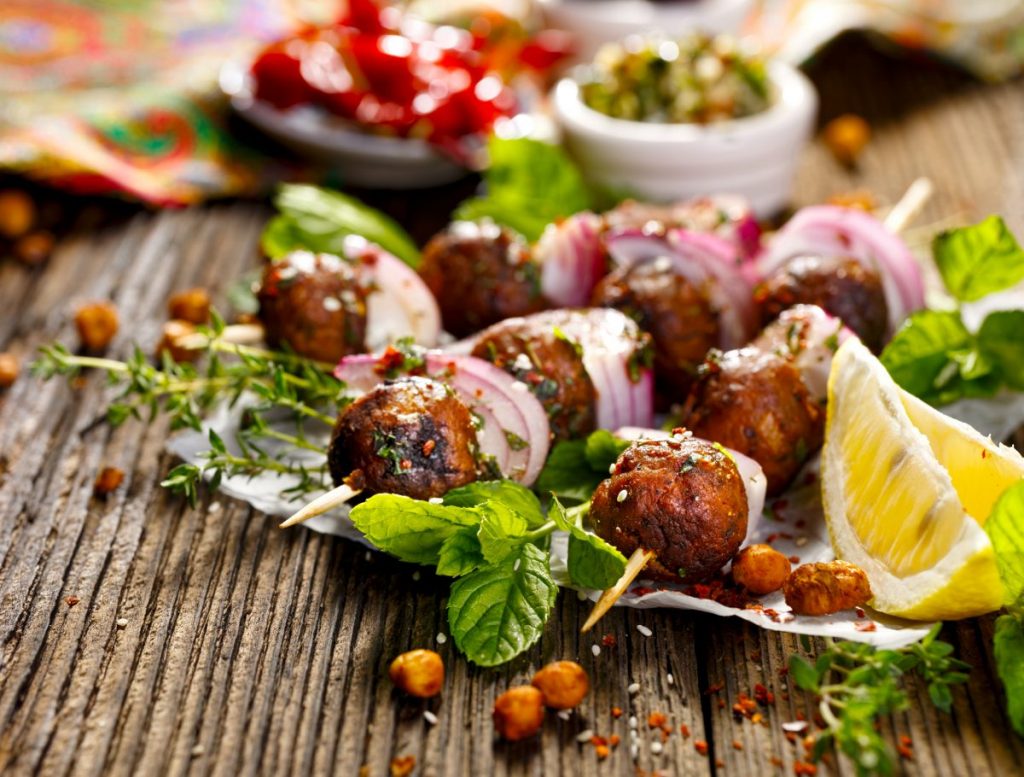 What do I need to make albondigas meatballs?

Albondigas meatballs are a traditional Mexican meatball that is usually served as part of a soup. They are made with ground pork or ground beef, not both usually, an egg, some garlic and cilantro, a bit of cumin and cooked rice. The soup ingredients are chicken broth, celery, carrots, potatoes, canned diced tomatoes, cumin, oregano, and cilantro. 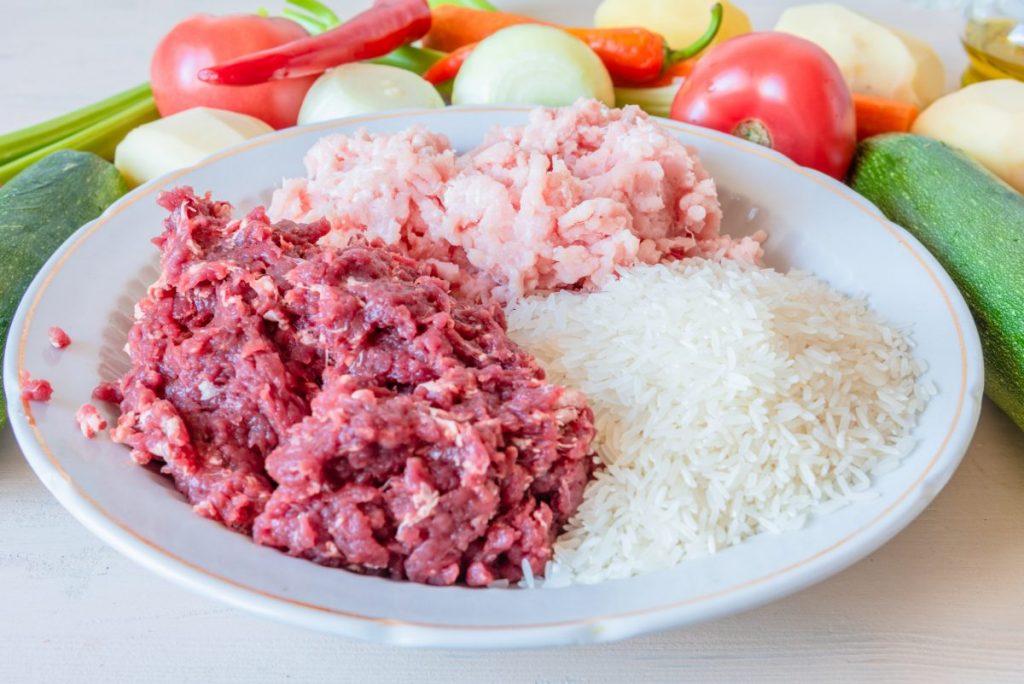 How do you make albondigas?

Begin by filling a soup pot with the chicken brother, celery, carrots, potatoes, diced canned tomatoes, cumin, oregano and cilantro and bringing the pot to a boil. Lower the heat to a simmer and begin working on the meatballs. 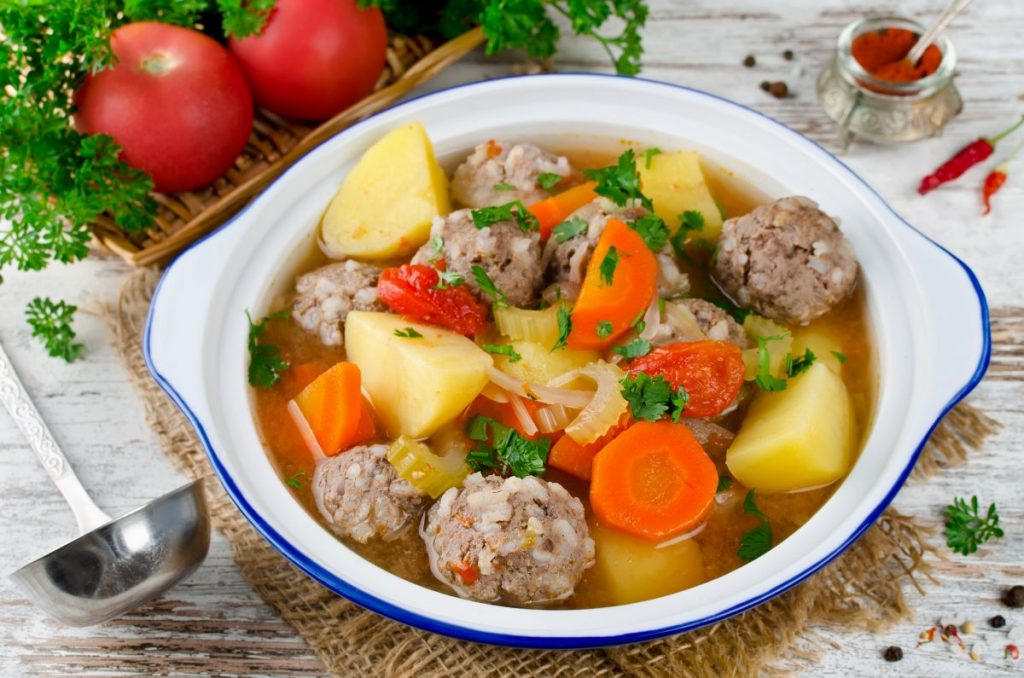