How to Make Crepes the Easy Way

If you’ve ever been lucky enough to go to France, you’ll know that the French love their crepes. Crepes are a thin kind of pancake, and you can make them either sweet or savory. Savory crepes are called galettes and they’re made with buckwheat flour which makes them the perfect bed for some cheese and ham. Or even bacon. You might know what they are, but not how to make them. You’re not alone. There are plenty of ways to make them from home and some ways may work better for some people.

What is the Difference Between Pancakes and Crepes?

If a French crepe is the same as a pancake, why is it called a crepe? The short answer is that they're simply not the same. Similar, but not the same. The Breton crepe - named after the region it was invented, Brittany - is much thinner than pancakes as we know them. This is because there's no baking powder inside of them, as there is in pancakes. That being said, both the crepe and the pancake are made similarly; with the same ingredients and in the same way. 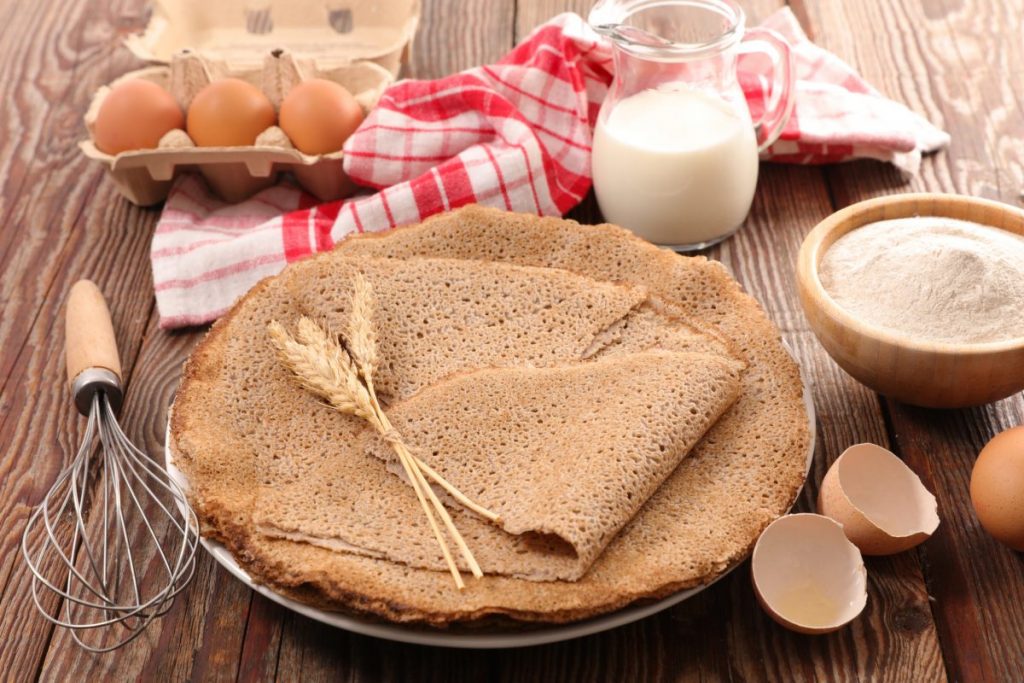 What do I Need to Make Crepes?

In France and in professional cafés, chefs cook their crepes on a billig. This is, more or less, a flat-top grill that the chef coats with butter before pouring the crepe mixture on top of it. To make crepes at home, however, you'll just need a regular, non-stick skillet. Ingredients-wise, all you'll need are eggs, flour, and milk. 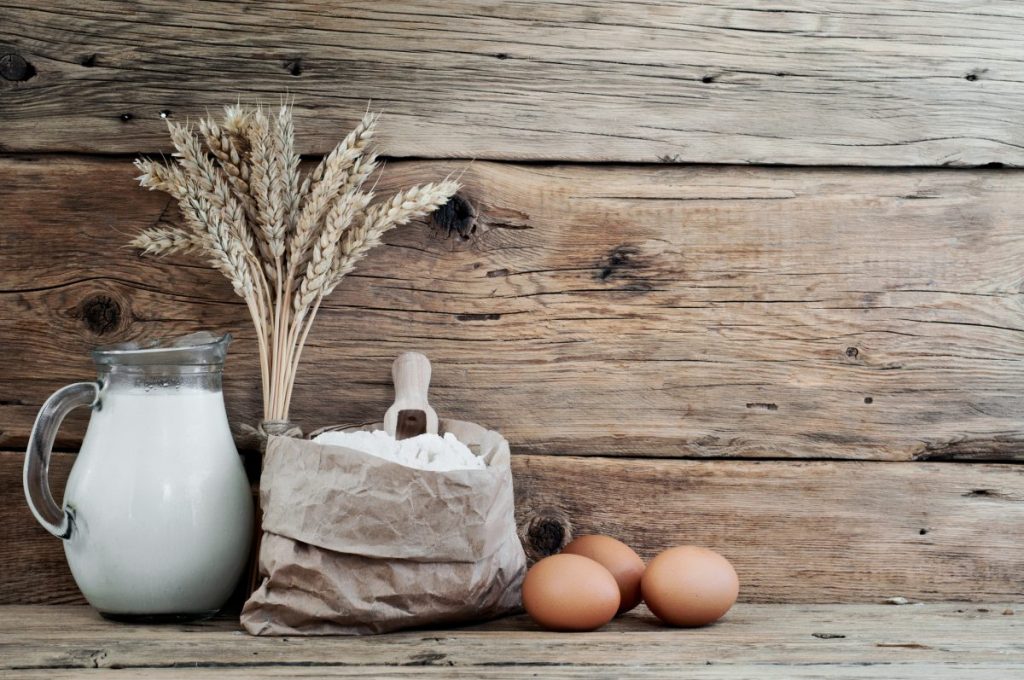 How to Make Crepes

Crepes are incredibly easy to make - the only hard part is mastering the pan-flip. All you need is practice. Once you have the hang of it, you'll be serving up thin, crispy crepes for your family or friends in no time. To start with, collect all of the ingredients and items you need and get ready to rock. 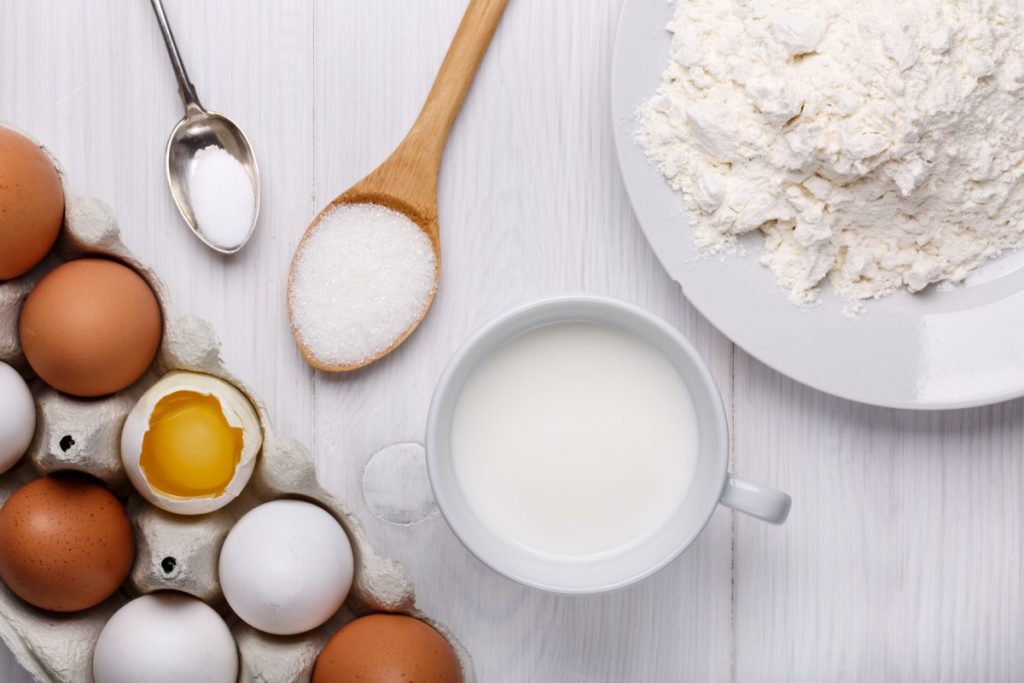 When it comes to crepes, the thinner the batter is, the better. If your first couple of attempts wind up being thicker, however, you can just own it or pass them off as pancakes. No love lost! The first thing you should do is grease up the pan and let it heat. While you're doing this, throw all of your ingredients - egg, milk, flour - into a mixing bowl and mix it until there are no lumps left. 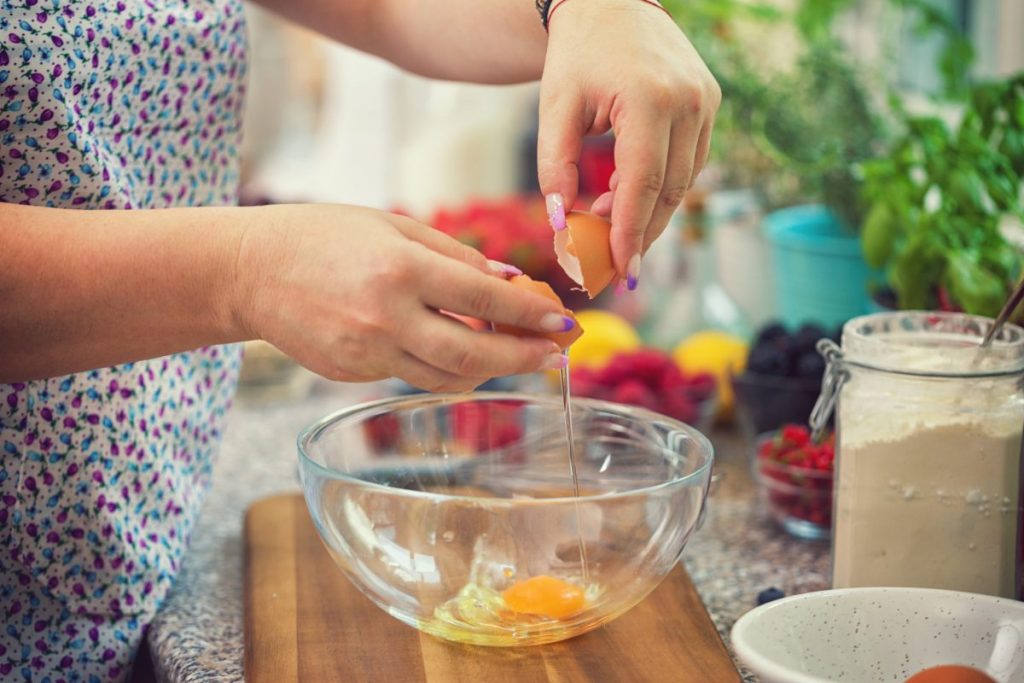 Transferring the Batter into the Skillet

Once your skillet has heated up, and your crepe mixture is nice and smooth, pour a small amount of the mixture into the pan. Because crepes are so thin, you can make more of them with the batter than if you were making pancakes. Literally, all you need is enough to cover the base of the skillet evenly. This is even easier if you do it slowly. 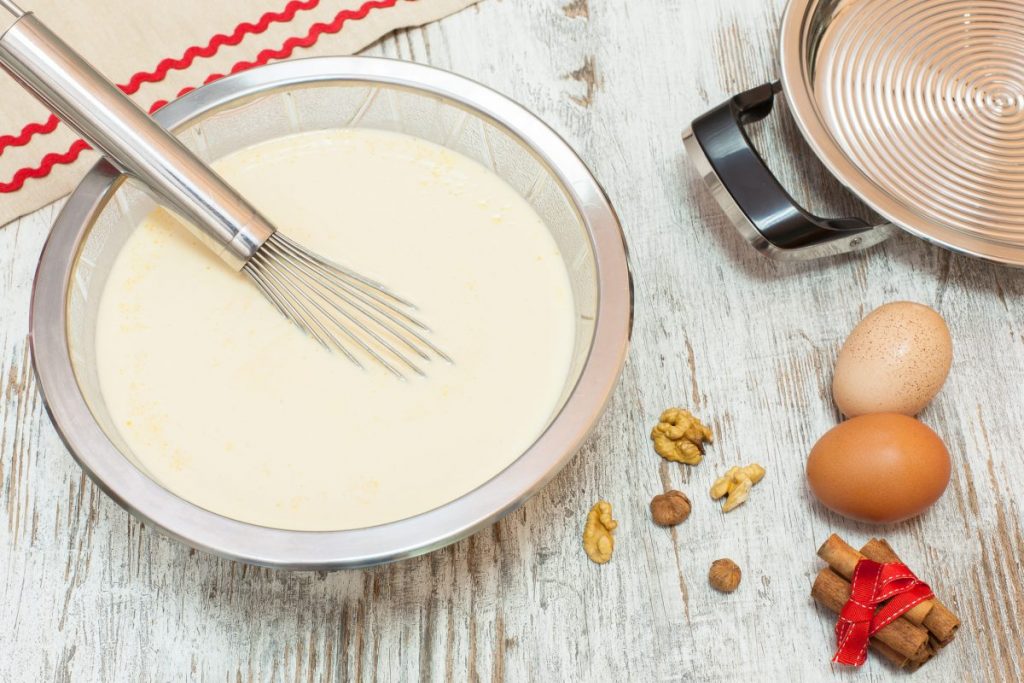 You’ll want to cook it for 2-3 minutes until the mixture becomes nearly solid. Bubbles will also start to form on the crepe’s surface, giving you a hint that it’s almost time to flip. Grab your spatula/turner and get to flipping! 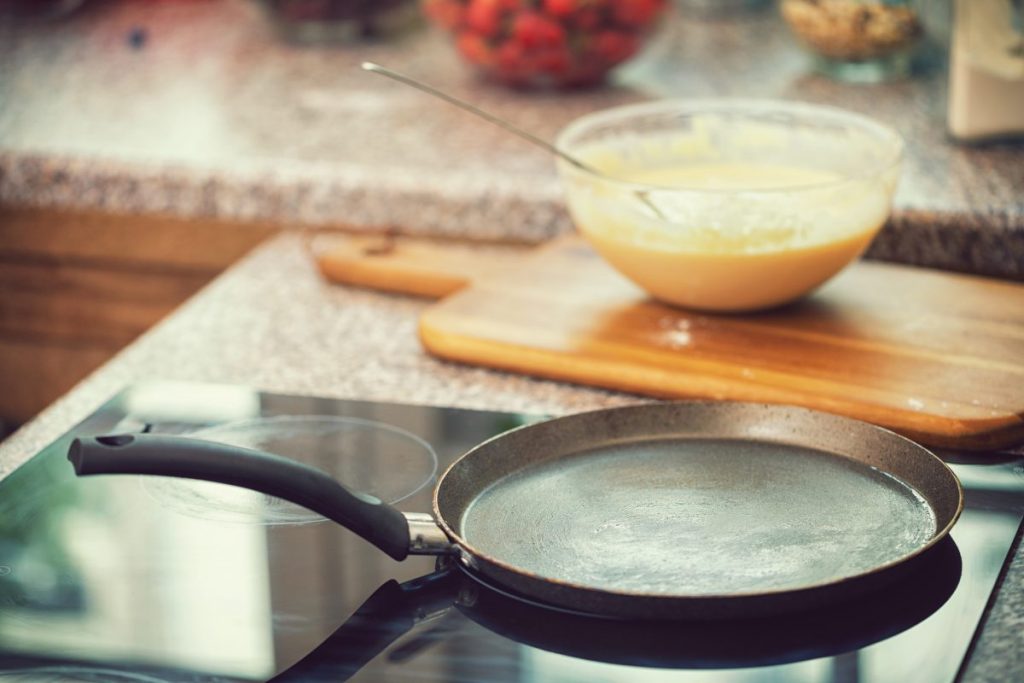 Once the crepe has solidified and is nice and bubbly, you need to grab your spatula and start to ease the mixture from the side. This can be slightly complicated if, for example, you didn’t adequately grease the pan in advance. That said, if you’re using a non-stick pan, you shouldn’t run into any issues. Go around the circumference of the crepe with your spatula and then quickly flip it over so the other side can be cooked, as well. 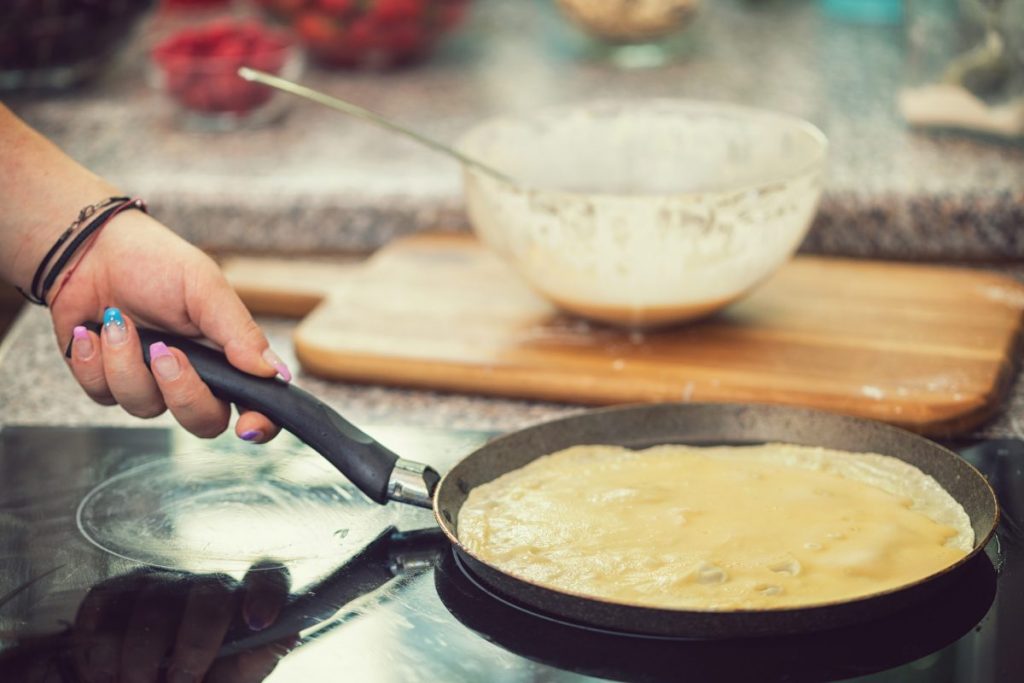 Cooking the Other Side of the Crepe

Your crepe’s top side should be a nice, warm brown. The side you’ve just flipped it onto also doesn’t require as much time as the first side did. This is because the mixture itself is cooked all the way through. You’re now just browning the other side a little bit. It should only take a minute or two to be done. You can also check whether it's done or not by testing the edge with your spatula to check how ‘done’ it is. 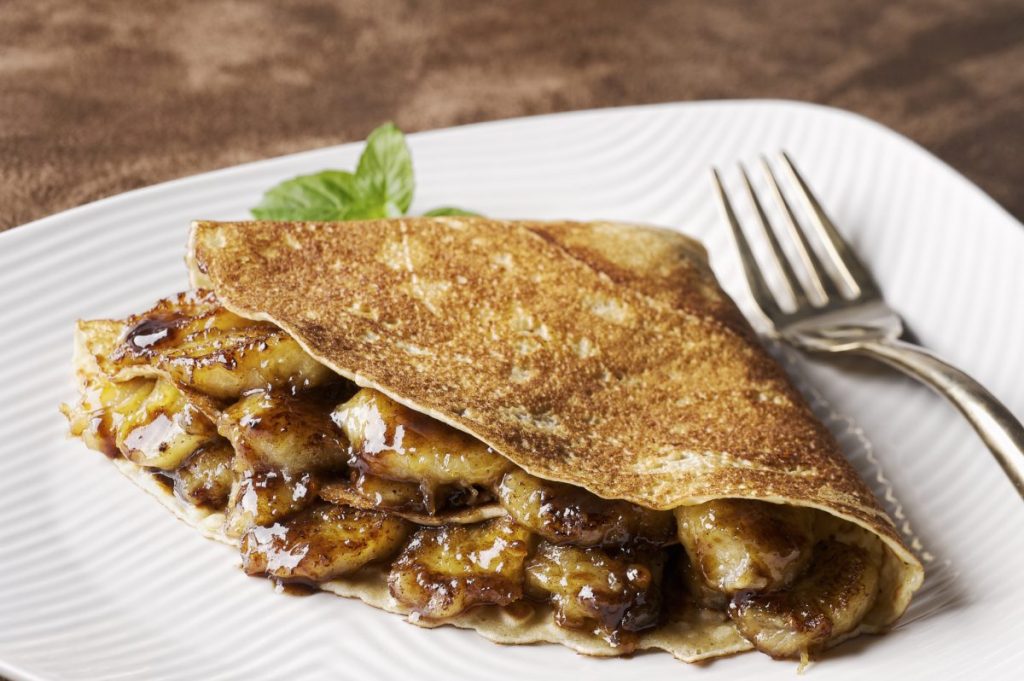 Flip Your Crepe onto Your Plate

When you’re making crepes, you should have a plate on the side ready to go. Once the crepe is done, use your spatula to flip it onto it. If you’re making more than one crepe with the batter you’ve made, you also need to start speeding things up a little. As soon as your crepe is on the plate, repeat the steps up top until you have as many crepes as you want or need. The only reason you need to be fast is that the hotter the pan is, the quicker the crepes will cook. 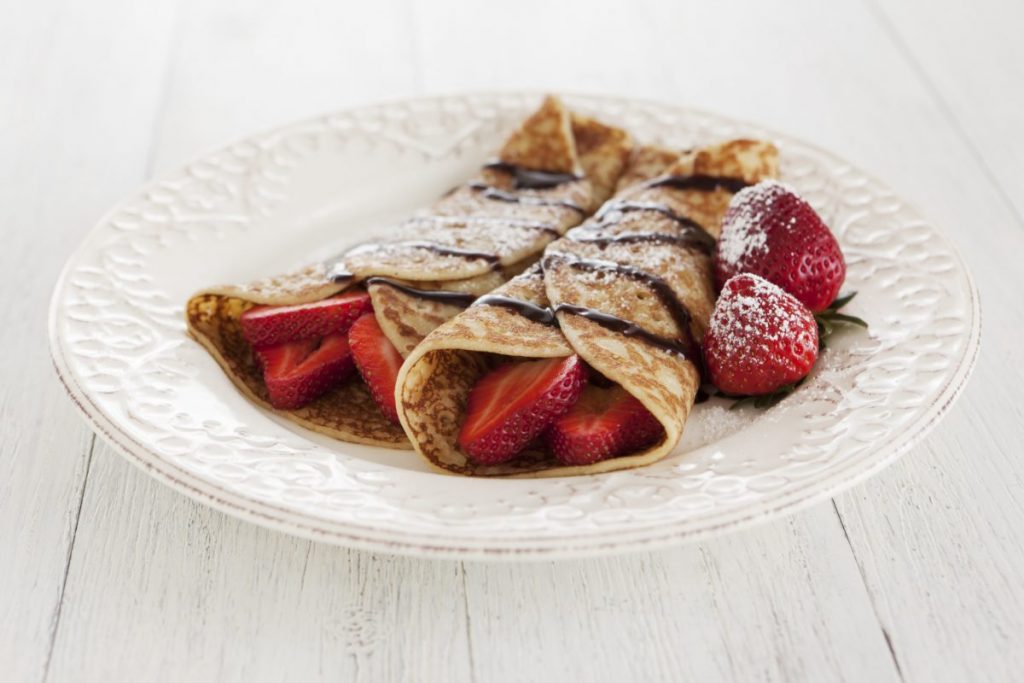 And Now You Should be Making Crepes Like a Pro

The first couple attempts you make at crepes in a skillet might not come out as well as you want them to. That's totally normal. It's the same for everybody. As with most recipes that require frying, you just need the patience to try a few times before getting it right. That being said, once you’ve mastered the crepe, it’s like riding a bike: it’s hard to forget. Furthermore, for such a simple recipe, it’s amazing how much you can show off to your friends by simply making them. Then again, if you want the crepes all to yourself, there’s nothing stopping you from that either. As the French say - bon appetit! 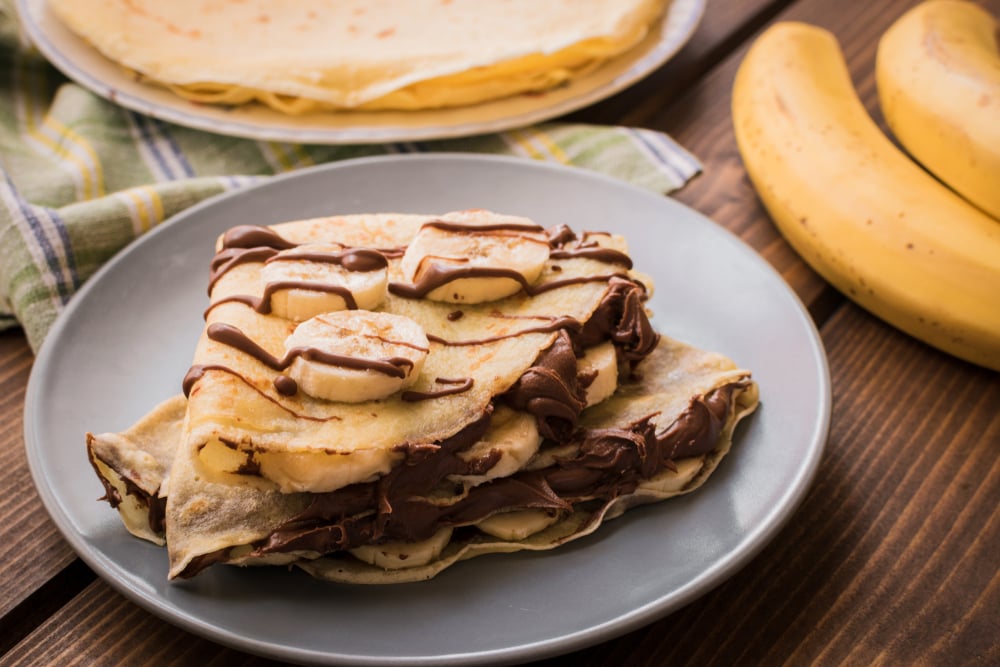