How to Make Buttermilk

Unless you’re a regular baker, you probably don’t have buttermilk on hand very often. It’s one of those tricky ingredients that doesn’t appear in many traditional recipes, but it’s a central ingredient when cooks to enhance their dishes. Thankfully, it’s not necessary to keep a supply of buttermilk in the refrigerator. The recipe for buttermilk is easy and has only a couple of ingredients. There are also many vegan and dairy-free alternatives for those who have specific dietary requirements.

Traditional buttermilk is the liquid that remains after churning butter from cultured or fermented cream. Though this form of buttermilk is still common in many places, it has become rare in Western countries. Instead, Western bakers and chefs prefer to use cultured buttermilk. Unlike traditional buttermilk that uses natural processes, commercially available cultured buttermilk is the result of purposeful inoculation of pasteurized and homogenized milk using specific bacteria cultures. The bacteria produce lactic acid, which breaks down the milk. Homestyle or acidified buttermilk attempts to mimic this reaction by using food-grade acids instead of bacteria. 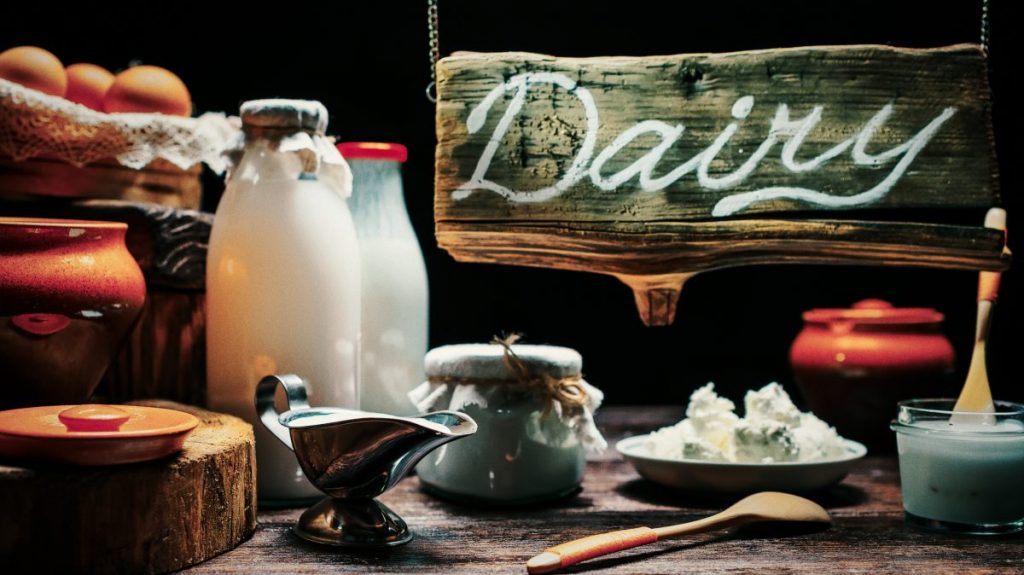 Creating buttermilk at home is simple and requires only two things: milk and some type of acid. In most cases, people choose to use vinegar, fresh lemon juice, or cream of tartar.

If using vinegar, use one tablespoon white vinegar and enough milk for the mixture to equal 1 cup. Mix them together and then let them stand for 5 to 10 minutes to make a cup of buttermilk. This is the same process and measurement for lemon juice. 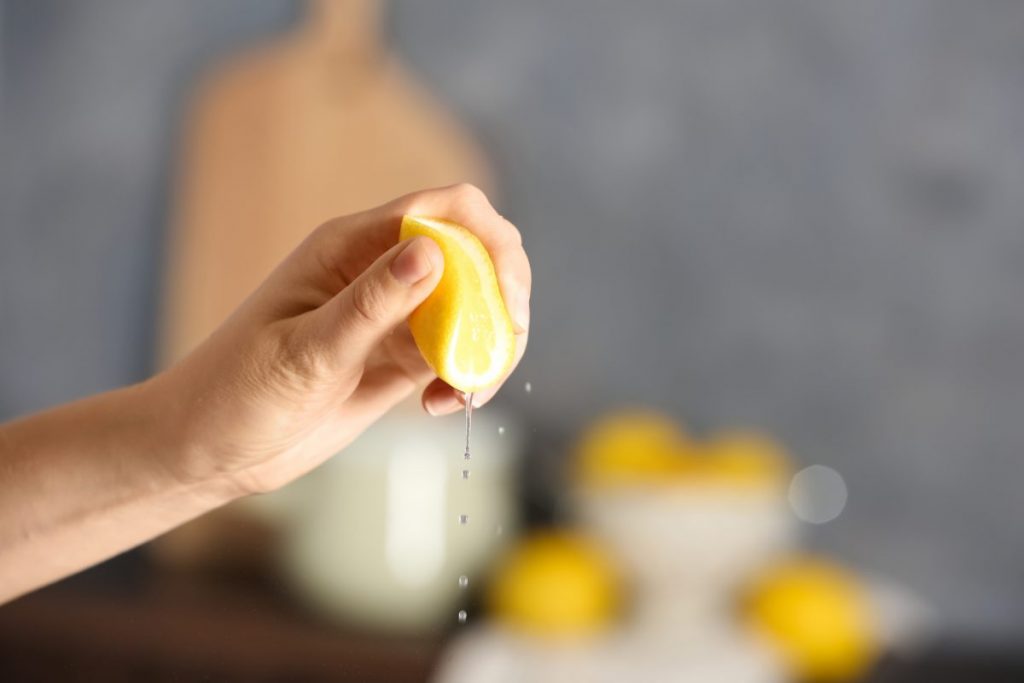 Once the buttermilk is complete, you may feel a temptation to strain the liquid if there are chunks remaining from the mixing process. Though it may seem odd, you should use all of the buttermilk in your recipe, even these chunks. When you mix the acid with the mix, the acid begins to curdle the milk, coagulating it and causing curds to form. With extra mixing, you can easily break them apart, and their taste is no different than that of the surrounding buttermilk. 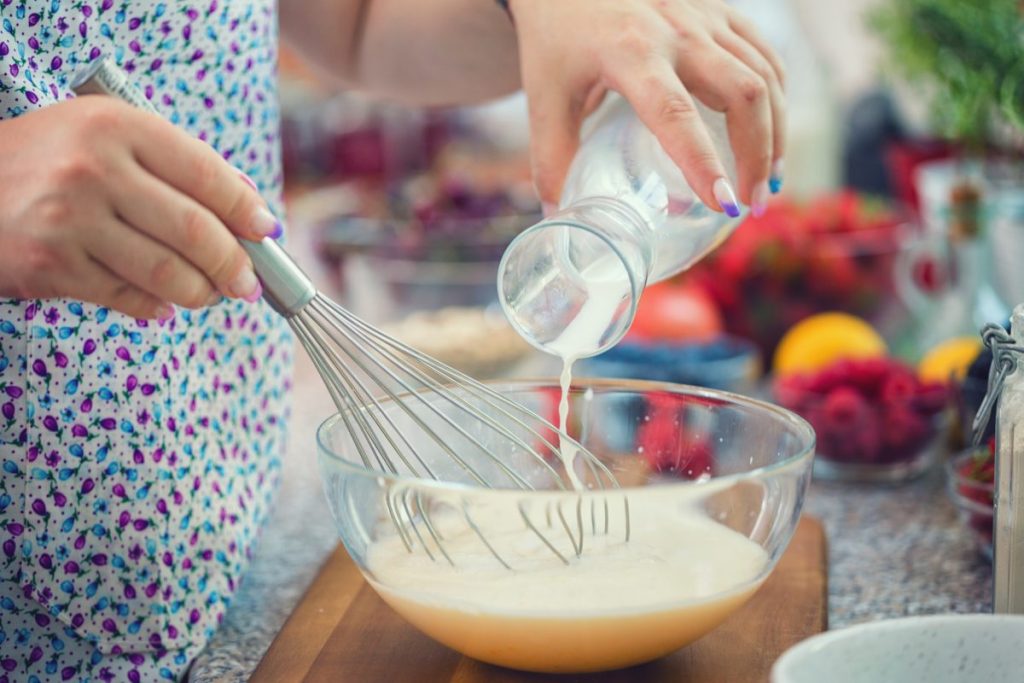 Some people may be wondering if there is a “correct” or “best” type of milk to use when they’re making homestyle buttermilk. Technically, there isn’t any real requirement for the milk, with a few exceptions. This means that you can use 2%, 1%, whole, or skim milk. The exception is if the buttermilk is supplying some of the fat for the recipe. Using low-fat milk will reduce the calories of the buttermilk, but it will also affect the moisture and texture of the recipe. 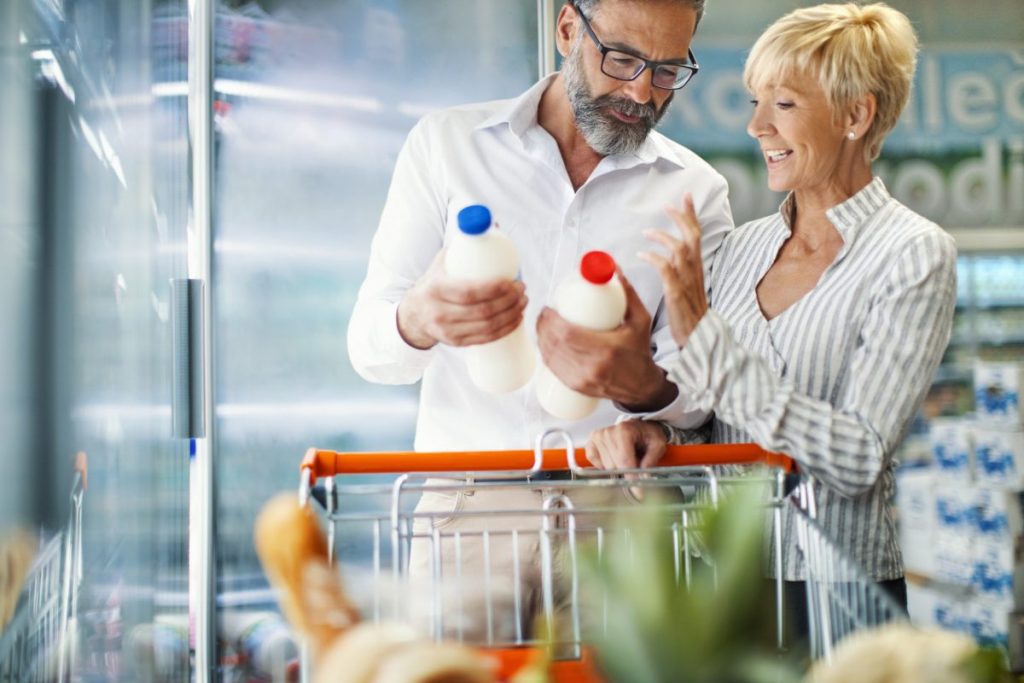 Swapping Out the Dairy

There are many people who can’t consume dairy as part of their diet, either because of a dietary choice or a medical condition. These individuals shouldn’t worry about not being able to use buttermilk in their recipes, because there are several dairy alternatives for homestyle buttermilk. Vegans may like to use any of the common vegan milk substitutes, such as soy or almond milk. Those who can’t have dairy may find that coconut milk is a tasty and healthy alternative to regular milk. Use the vinegar-to-milk ratio for these substitutes. 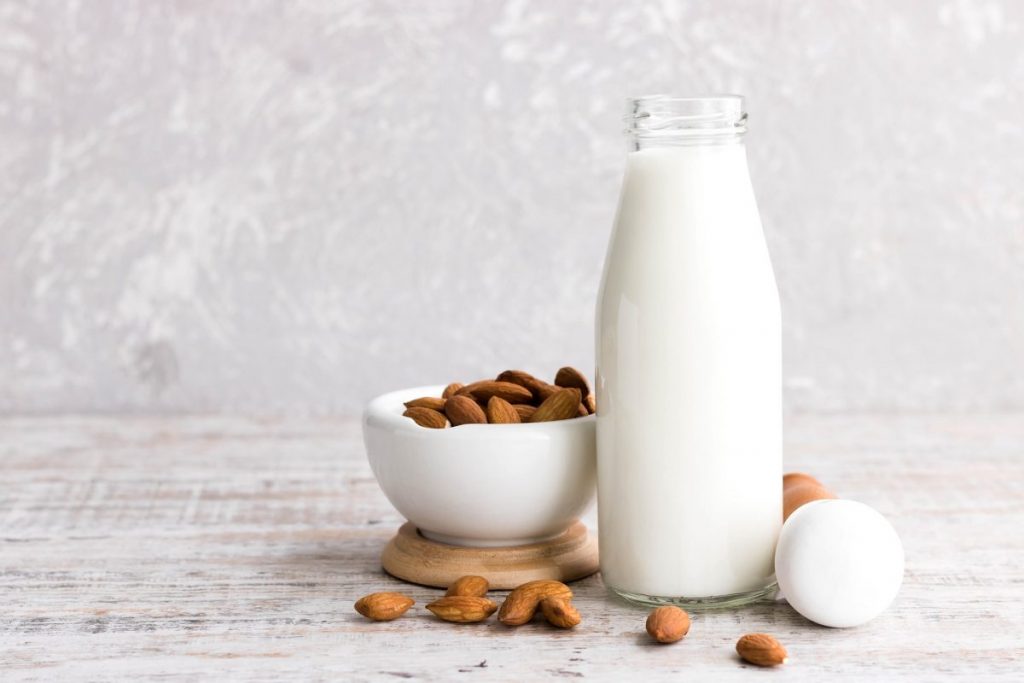 Why You Shouldn’t Use Milk Over Buttermilk

Many people mistakenly believe that they can use normal milk in recipes that call for buttermilk. Unlike milk, buttermilk adds a tangy taste to bread, biscuits, and cakes. Because buttermilk has higher acidic content, it helps tenderize gluten. This gives buttermilk baked goods, softer textures, and more volume. It also helps certain types of bread rise, preventing a thin, dry, and heavy mess. 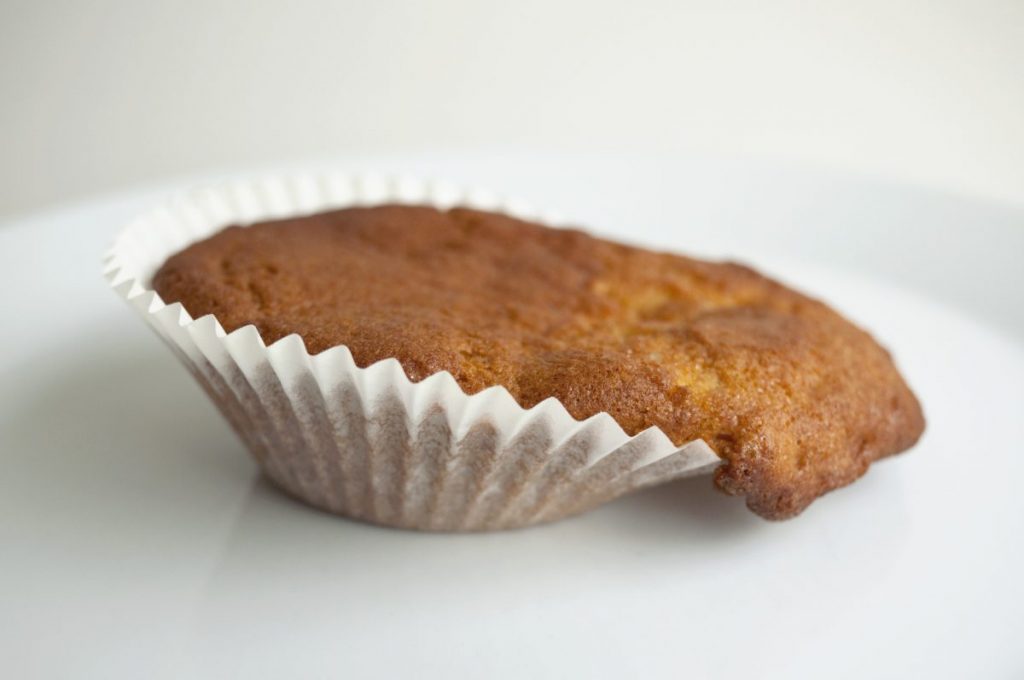 How to Store Buttermilk

One of the issues with buttermilk is that only certain recipes require it, meaning that it will likely sit in storage for a while. To prepare for this, you can use many different ways to store buttermilk effectively to extend its shelf life. Notably, buttermilk freezes well and can last up to three months in a sealed container. To store it in the refrigerator, place it in a sealed jar or another airtight container. Mason jars are incredibly popular for this purpose. It will last roughly a week in the refrigerator. Buttermilk will spoil quickly in temperatures above 40 F, usually lasting only two hours. 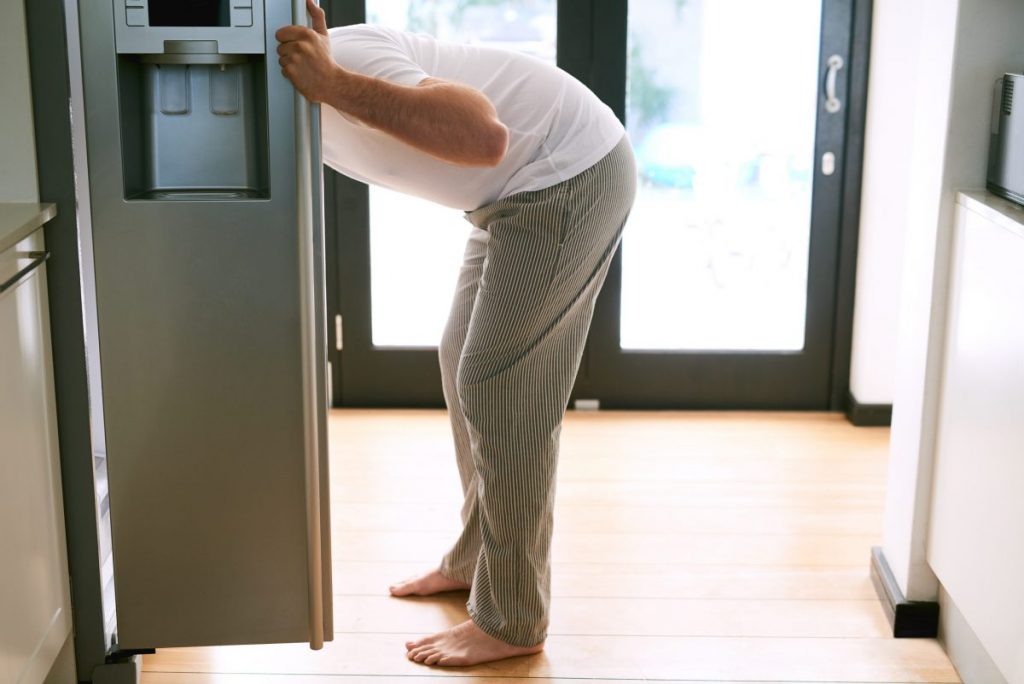 When to Use Buttermilk

Some recipes may not require buttermilk, but it could improve the end result. One of the basic rules is that any recipe that contains baking soda and milk will probably improve with buttermilk substituting the milk. Baking soda requires acidic ingredients such as lemon juice, molasses, or buttermilk to activate. Without activation, baked goods that contain baking soda will end up dense and heavy, rather than light and fluffy. Notably, avoid placing buttermilk in any recipe that already contains several acidic ingredients as the end result may become sour or excessively tangy. 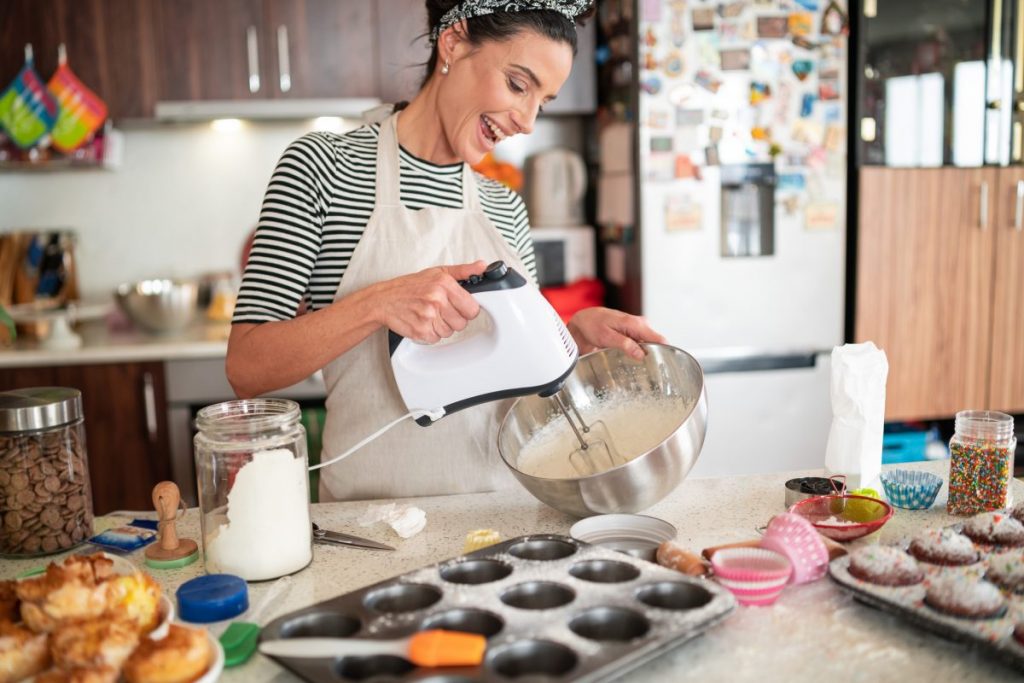 Other Uses for Buttermilk

There are many uses for buttermilk outside of baked goods. In fact, it is an incredibly versatile ingredient. You can make an excellent buttermilk salad dressing relatively easily. It’s also fantastic for tenderizing certain meats, especially those that you plan on frying. You may also choose to use buttermilk rather than sour cream or butter in your baked or mashed potatoes. Not only is it lower calorie, but you don’t lose much flavor. In fact, buttermilk has both a butter-like taste and a tang, which are present in butter and sour cream respectively. 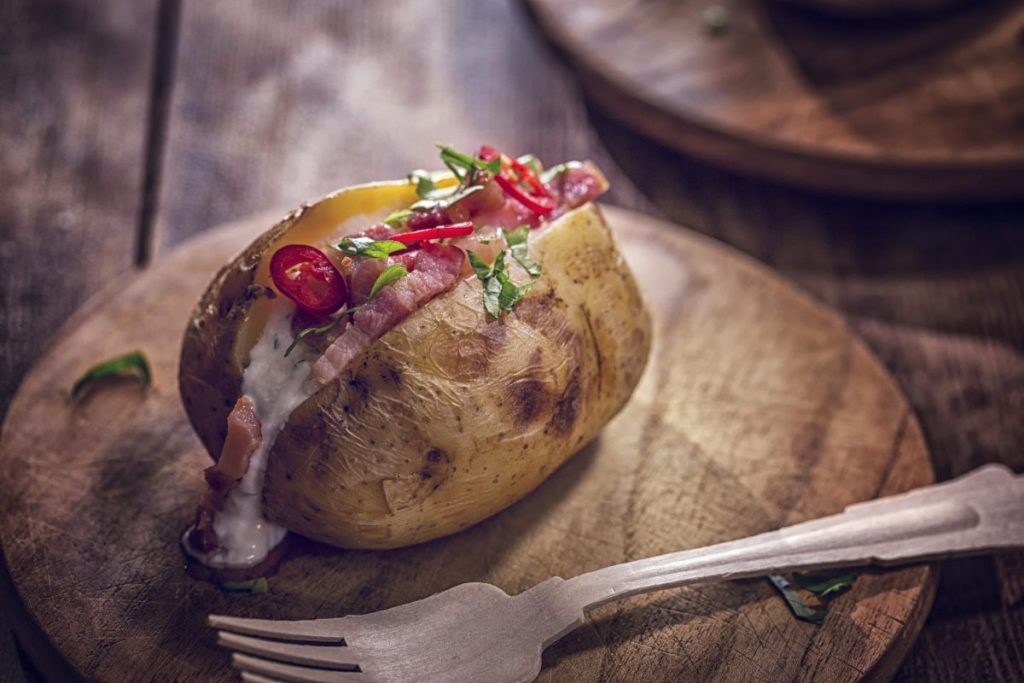 Many doctors and dieticians recommend buttermilk to those who experience digestive problems. Buttermilk naturally has less lactic acid than skim milk, and it is easier to digest than regular milk. Homestyle buttermilk is also a great source of probiotics that can help with digestion and nutrition, as well as combating the digestive issues themselves.