How to Make Amazing Shepherd's Pie

Shepherd’s pie is comfort food for people around the world. It is delicious, easy to make, and does not cost a lot. Also, ingredients can be changed to fit anyone’s taste. Traditional shepherd’s pie uses lamb for the meat, but you can use ground beef, chicken, or plant-based meats. The same goes for the vegetables. If peas, carrots, corn or green beans are on hand and suit your taste, put them in. Add mashed potatoes and a layer of cheese on top, and you have an amazing shepherd's pie recipe your family is sure to love.

Get the Potatoes Cooking

The first step in making shepherd’s pie is to get the potatoes cooking because that will take the longest time. Wash 5 - 7 medium potatoes and then cut them into squares about 1” x 1”. Put them into a large pot of water, add one teaspoon of salt, and bring the water to a gentle boil. Cook the potatoes until they are tender, about 20 - 25 minutes. 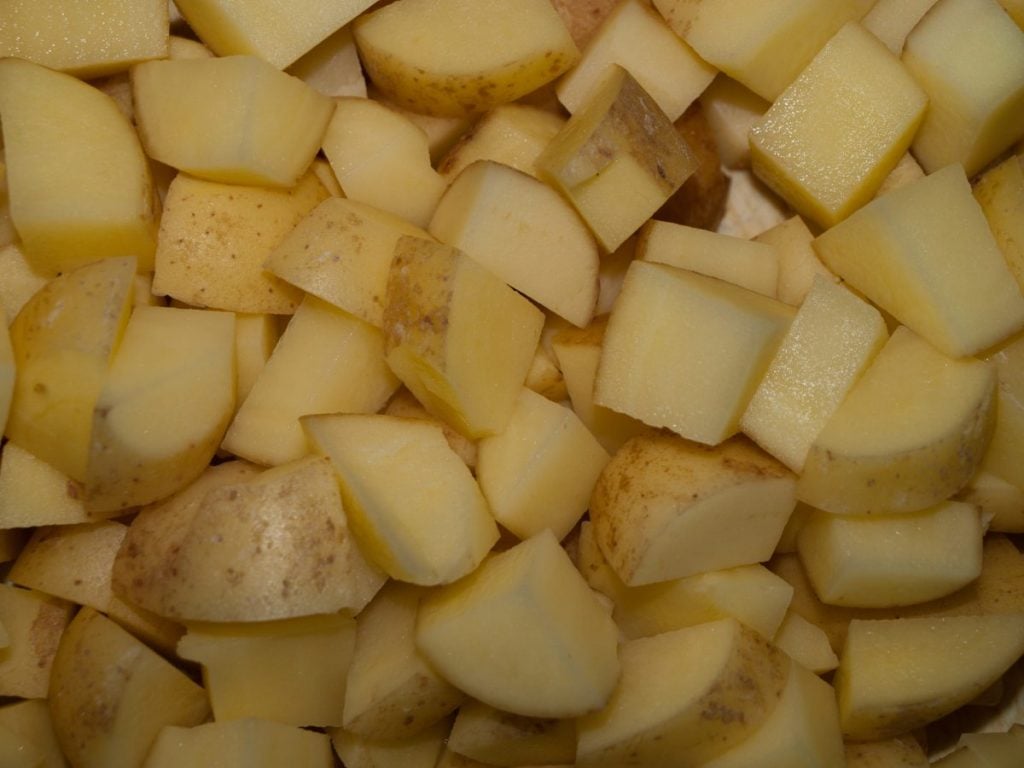 While the potatoes are cooking, brown the meat. Shepherd’s pie was originally created as a way of using whatever you had in the kitchen, so use whatever meat you have on hand or that suits your taste. Heat a large skillet and add 1 1/2 pounds of meat. Stir often until all the meat has a brown color and is no longer pink inside. If there is any grease in the skillet, drain it off and return it to the stove. 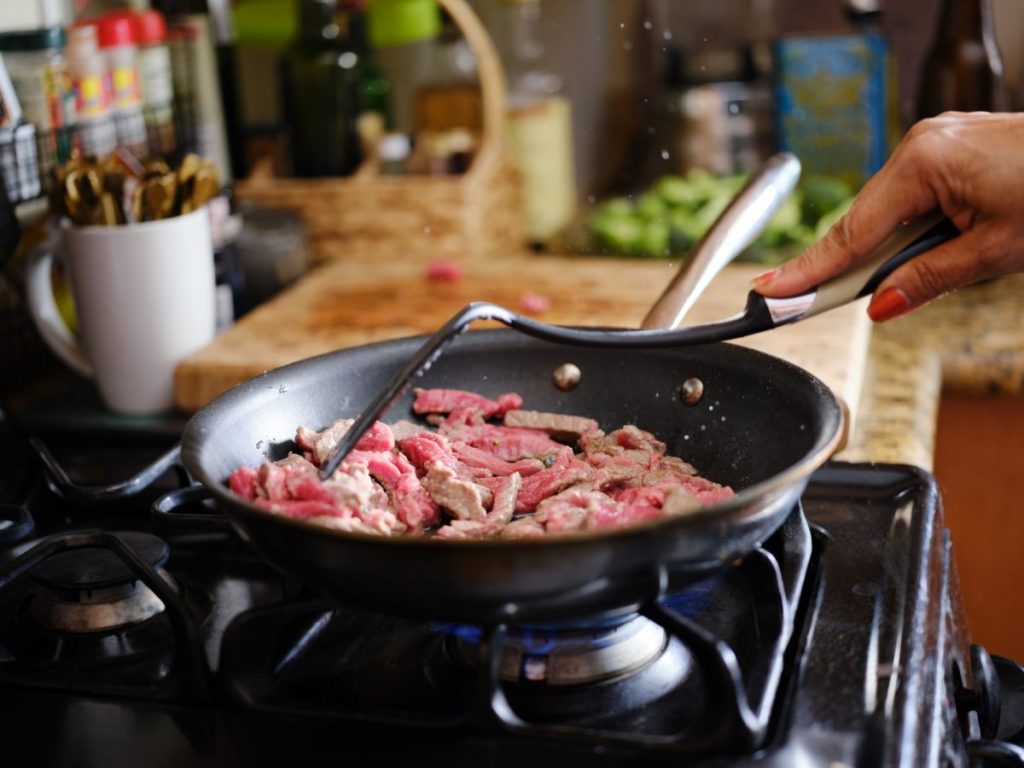 Chop one onion and one green bell pepper, both medium-sized. Add them to the skillet with your meat, along with one teaspoon each of garlic salt and seasoned salt. Cook over medium heat, stirring often, to saute them. You want the onion and bell pepper to be tender, which will take about ten minutes. When done, remove from heat and set aside for now. 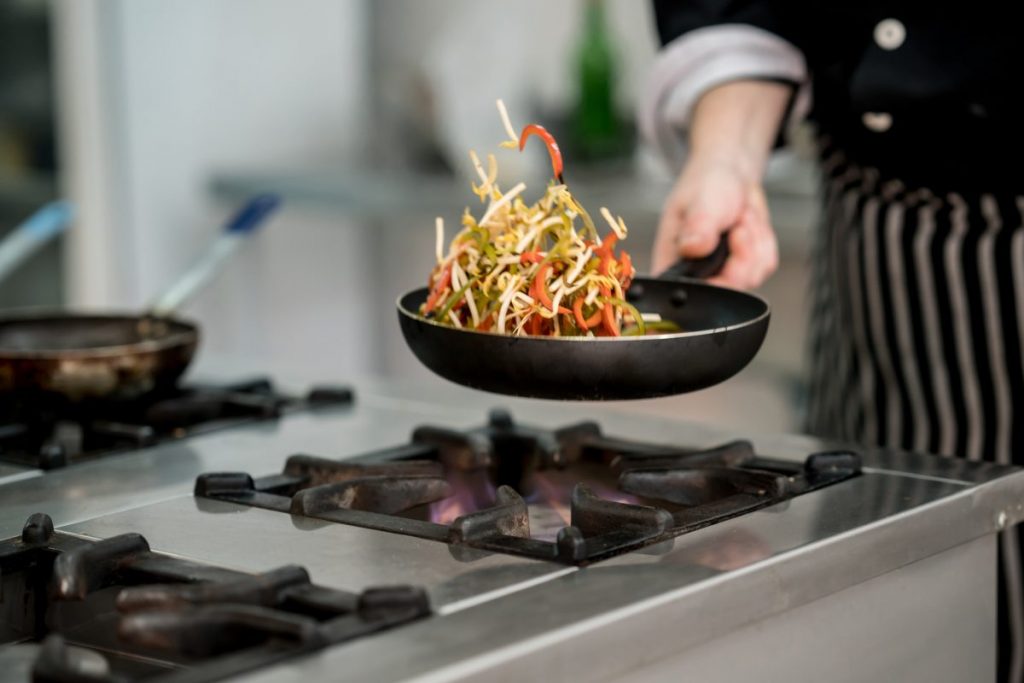 At this point, the meat and hearty vegetables have cooked and are tender. The potatoes should also be done cooking. Double-check to make sure they are soft and tender, and then drain the water out of the pot. Add one stick of butter (1/2 cup), 1/2 cup of sour cream and 1/4 cup of milk or cream, a dash each of salt, pepper, parsley, and garlic powder, and 1/2 cup of cheese. Monterey jack or cheddar cheese both work really well, but just like the meat and vegetables, choose whichever cheese you like. Now mash all ingredients in the pot with a potato masher or electric beater. The potatoes should be creamy, and all ingredients mixed together. Set aside. 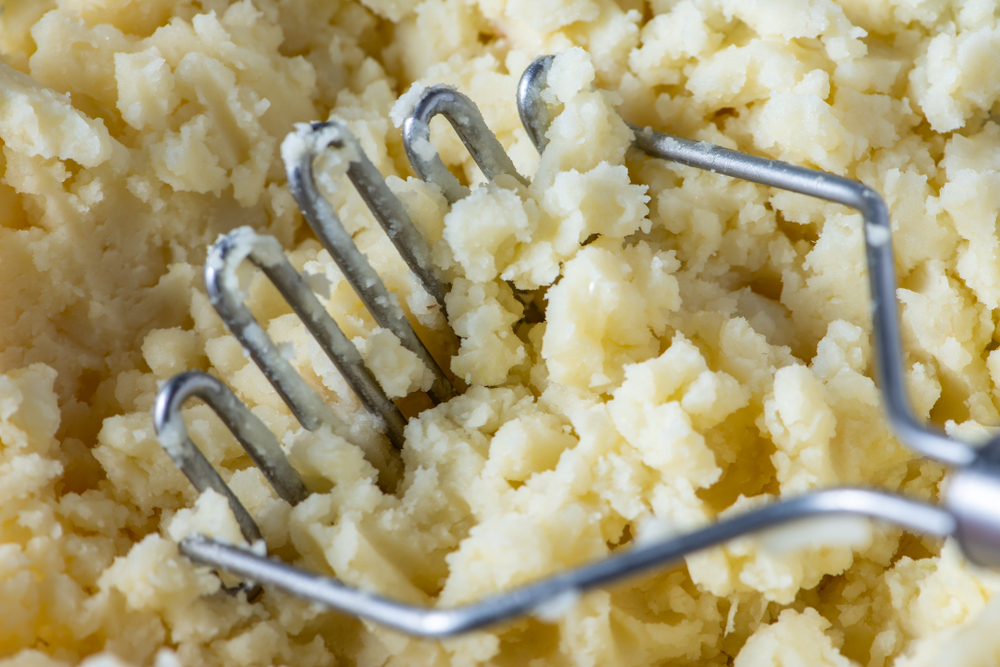 We now return to the meat skillet to make a gravy. Turn the stove back on with low - medium heat. We don’t want the gravy too runny, so we are going to add two tablespoons of flour and stir until it is completely mixed in. Flour makes sauces thick, so you have the benefit of juicy meat without the inconvenience of food running off your plate. Add 1/2 cup of beef stock and one tablespoon of Worcestershire sauce for added flavor. Stir constantly, so it doesn't clump together. Your meat mixture should thicken up to the consistency of gravy, at which time you will turn off the heat. 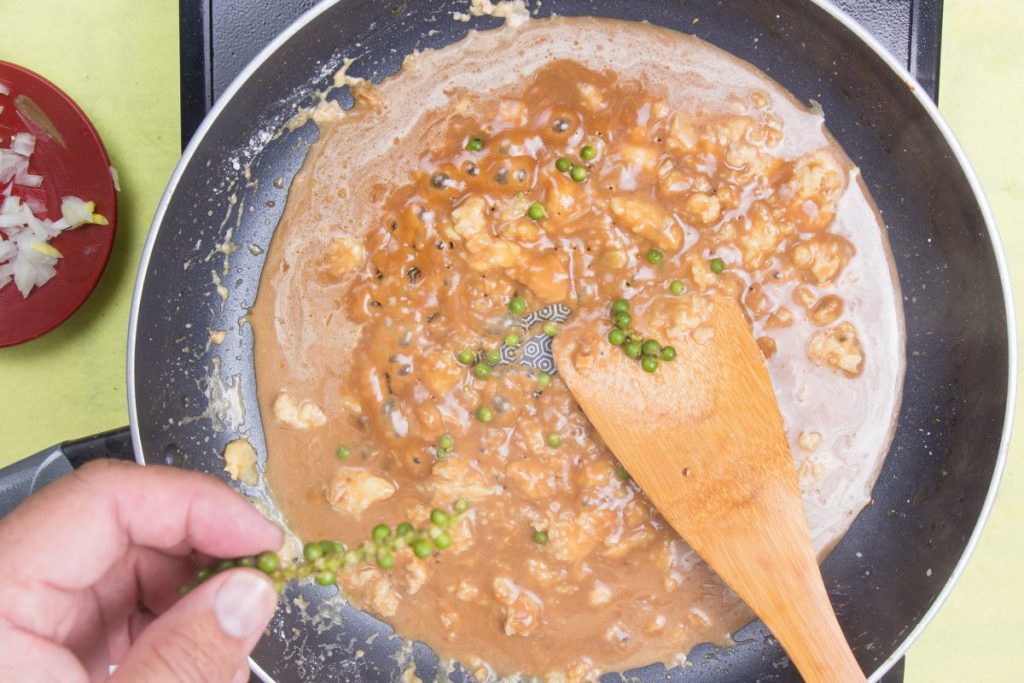 Add the remaining vegetables. These are the ones that don’t require a lot of cooking to make them tender. Carrots, peas, green beans, and corn fit into that category but, again, you can add any vegetables you like or have on-hand. Add 1 1/2 - 2 cups of each vegetable to the meat mixture and stir until everything is combined. 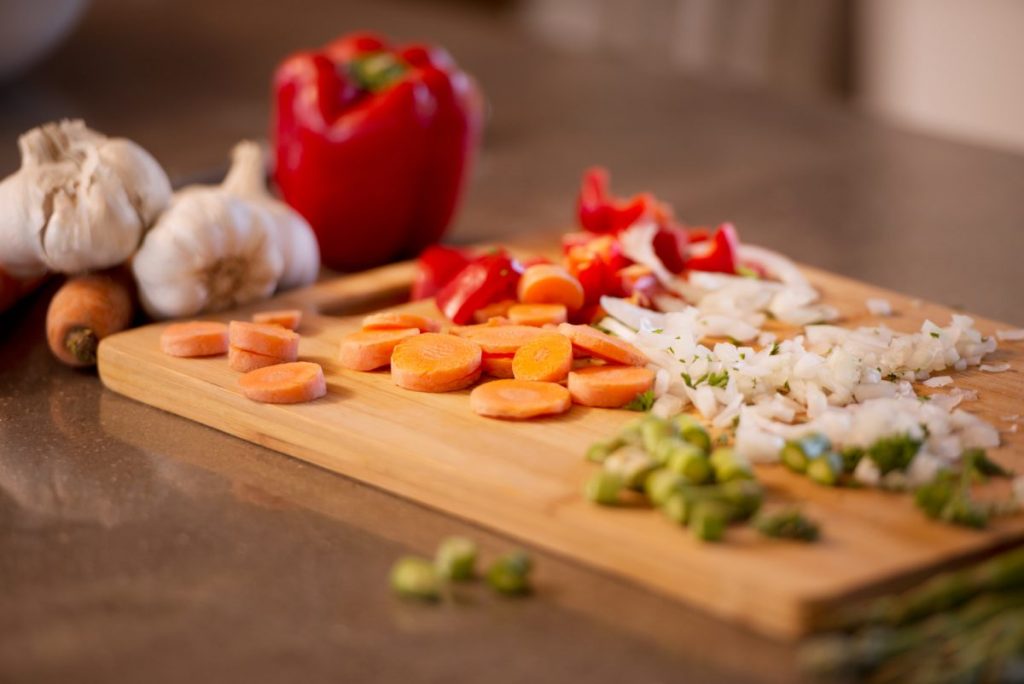 At this point, turn on the oven and let it preheat at 350 degrees Fahrenheit. This step is important because if you don’t let the oven get warm before the food goes into it, the dish won’t cook evenly. What usually happens, then is the inside of the dish is not done by the time the outside gets burned. Let the oven get to the right temperature before putting in the food because you want a warm, fully-cooked dish with a brown top. You’ll be busy with other tasks anyway. 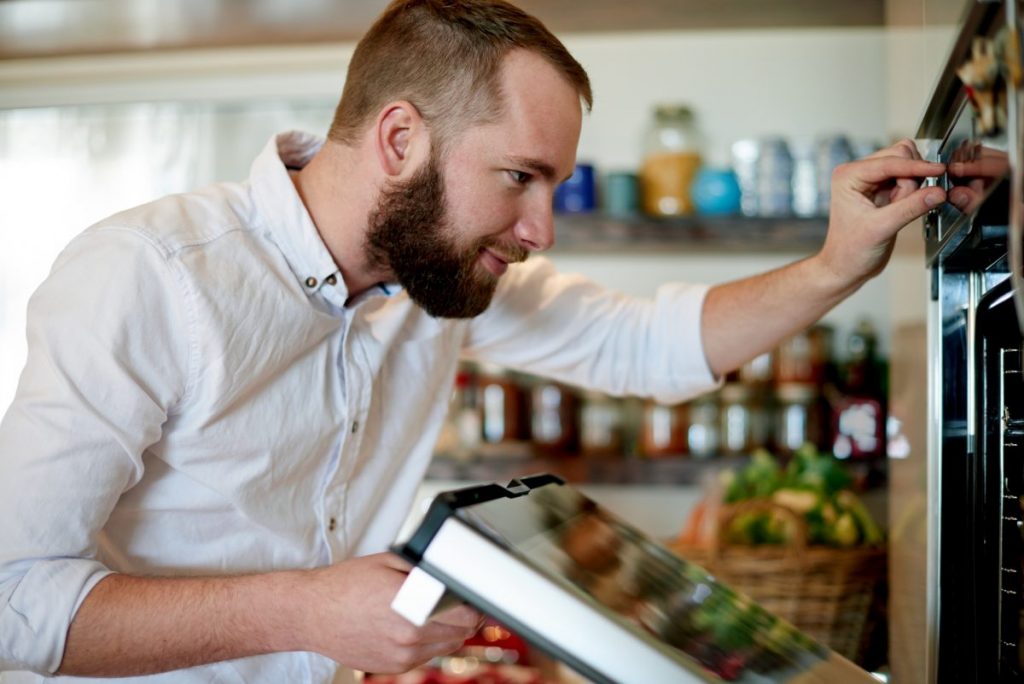 Put Everything Into a Baking Dish

Lightly spray a 13” x 9” baking dish with non-stick spray. This will help with clean-up later. Some people choose to spoon some of the mashed potatoes in at this point and use a spatula to spread them around, so they form an even layer on the bottom of the baking dish. They then add the meat mixture on top of that. Others spoon the meat mixture directly into the dish and skip that step. You will still press on it with a spatula until the bottom of the dish is covered with an even layer of it. The choice is yours and depends on whether you want more mashed potato flavor in your shepherd’s pie. 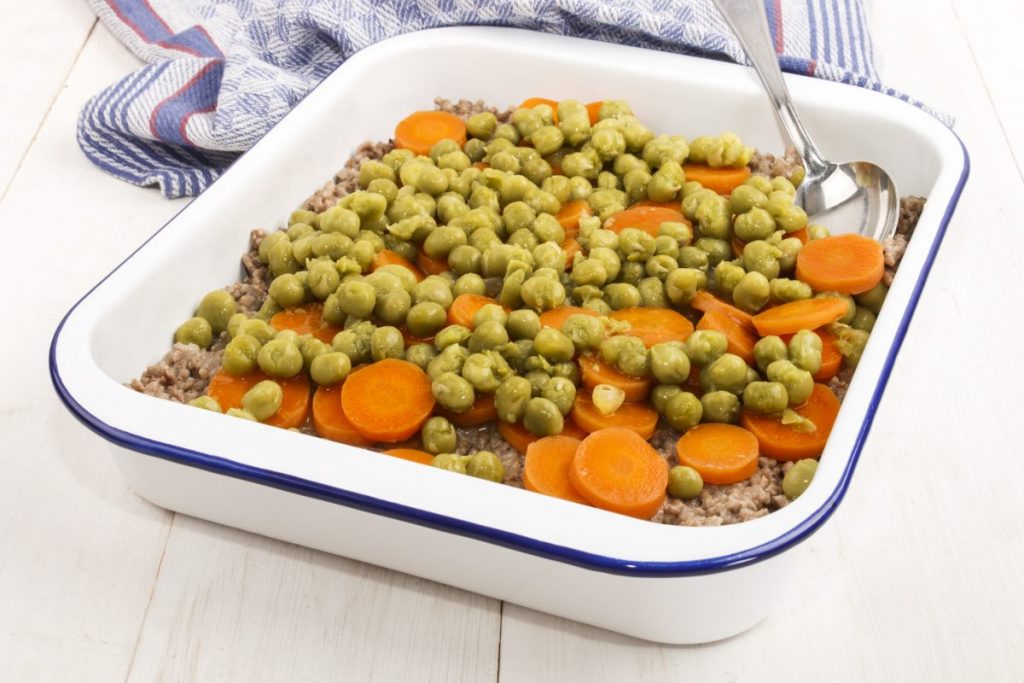 Get Your Shepherd's Pie Ready to Cook

Once your meat is in the baking dish, cover it with a layer of the mashed potato mixture on top. Use the spatula again to spread it evenly until the meat is entirely covered. Sprinkle one cup of shredded cheese over the top until it is covered. You can keep the consistency of your flavors by using the same cheese you put into the potato mixture, or you can add new flavors by using a different cheese. The choice is yours once again. 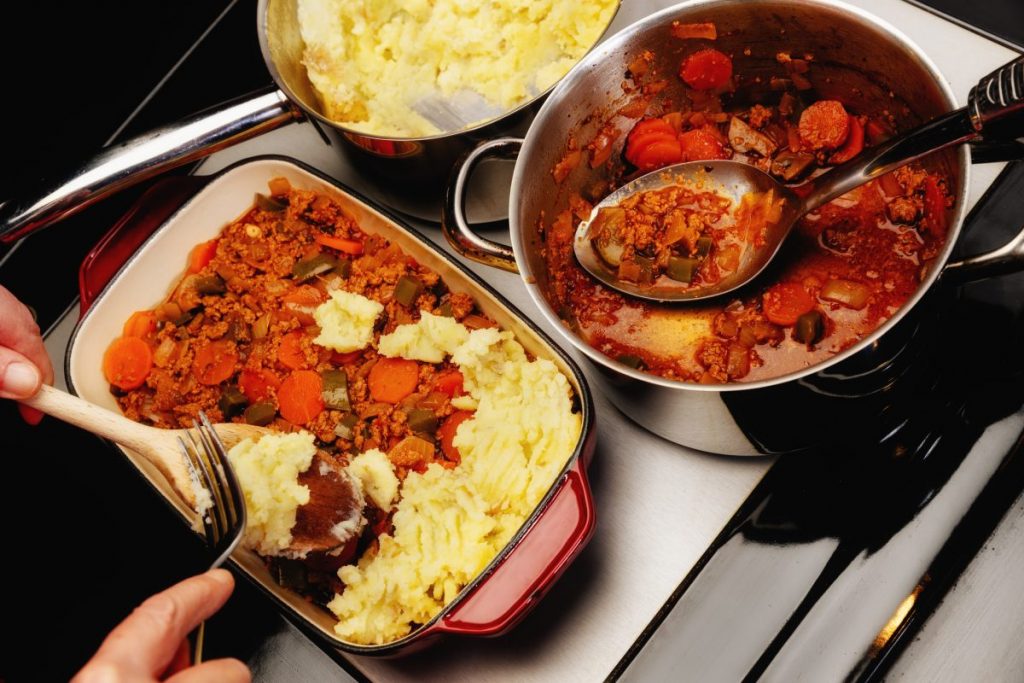 Place the baking dish into the oven and let it cook for 25 - 30 minutes. The inside will be warm, and all vegetables will be nice and tender, and the top will have a nice brown crust of cheese and potatoes. Take your dish out of the oven and let it cool for ten minutes. This will let the filling set up to make sure it isn’t runny when you cut into it. Cut a piece, serve it up, and enjoy an inexpensive meal that uses leftover meats and vegetables in a clever and tasty way. 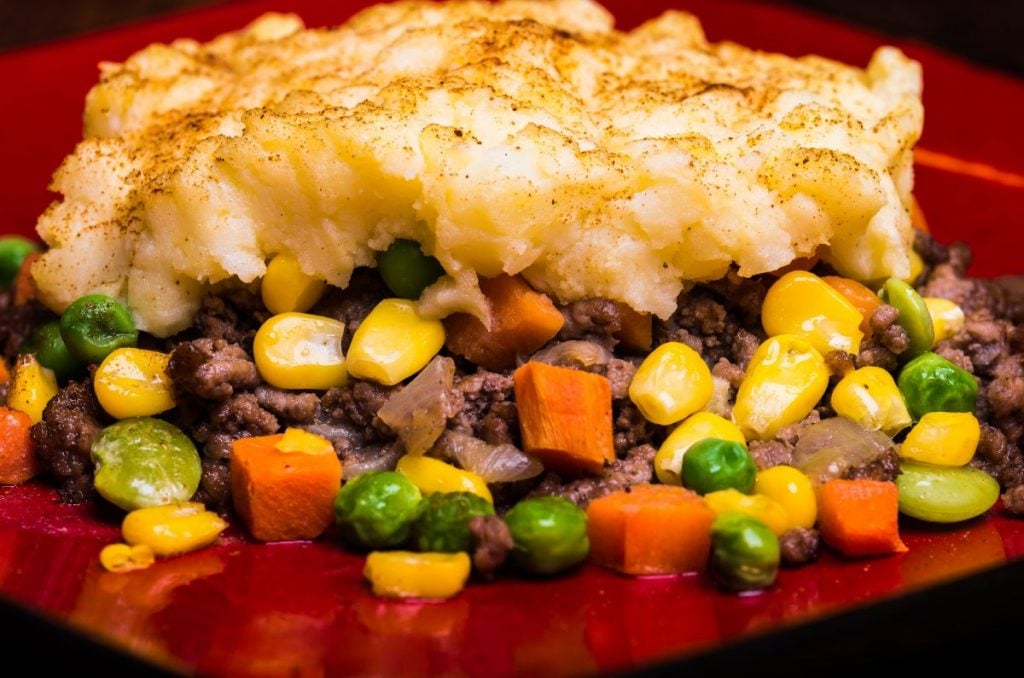