How to Make a Milkshake

Milkshakes have been a favored treat for generations. The first frosty beverages contained whiskey mixed into a concoction similar to eggnog. They first appeared in 1885 and were served primarily to people in poor health. The whiskey shakes quickly became popular as a dessert or novelty treat.

The mixed whiskey drinks were made in cocktail shakers, which is why they were called "milkshakes." Milkshakes with syrup, milk, and ice originated in the early 1900s. The rise of diners in America launched milkshakes into popular culture. The endless combinations of ingredients available today make for delicious and unique milkshakes.

The milkshakes we have today are made with an astonishing variety of ingredients and preparation methods. They are a staple menu item in coffee shops, cafes, ice cream parlors, fast food franchises, upscale dining establishments, and even convenience stores. Milkshakes can be made to fit any diet or preference, and they do not always have to contain milk. 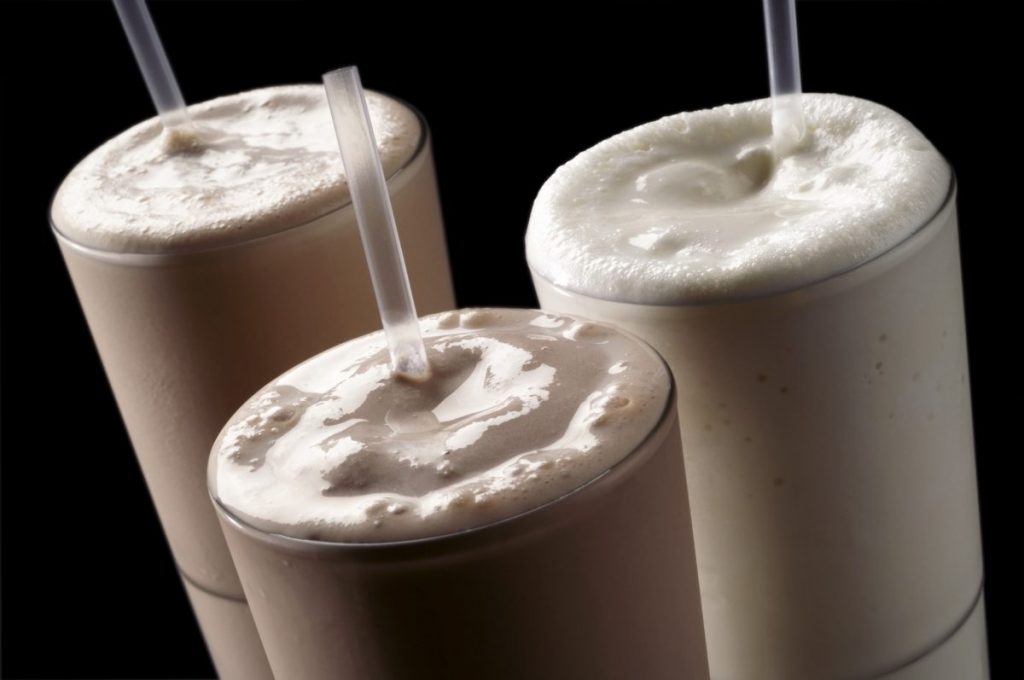 A basic milkshake recipe is simply two or three scoops of vanilla ice cream, ice, and a small amount of milk mixed together in a blender. Traditional add-ins include chocolate, peanut butter, strawberry, banana, or a few drops of vanilla extract to enhance the original taste. Milkshakes are frequently topped with whipped cream, cherries, or sprinkles. 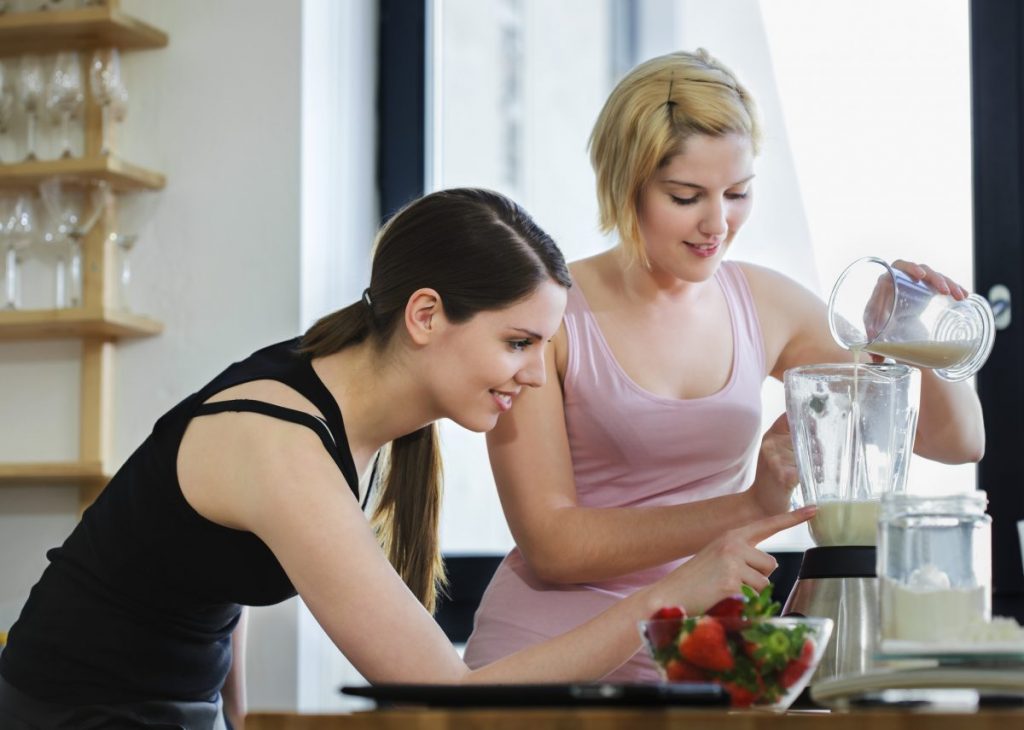 One of the most popular modern versions of the milkshake originated in specialty coffee shops. Most coffee milkshakes have a chocolate, vanilla, or caramel base. Espresso or sweetened espresso syrups are used commercially. Fruit, mint, nut, and seasonal flavors rotate, while new flavors are introduced every year. Some people choose decaffeinated coffee products to avoid caffeine and simply enjoy the taste of a cold, refreshing beverage. 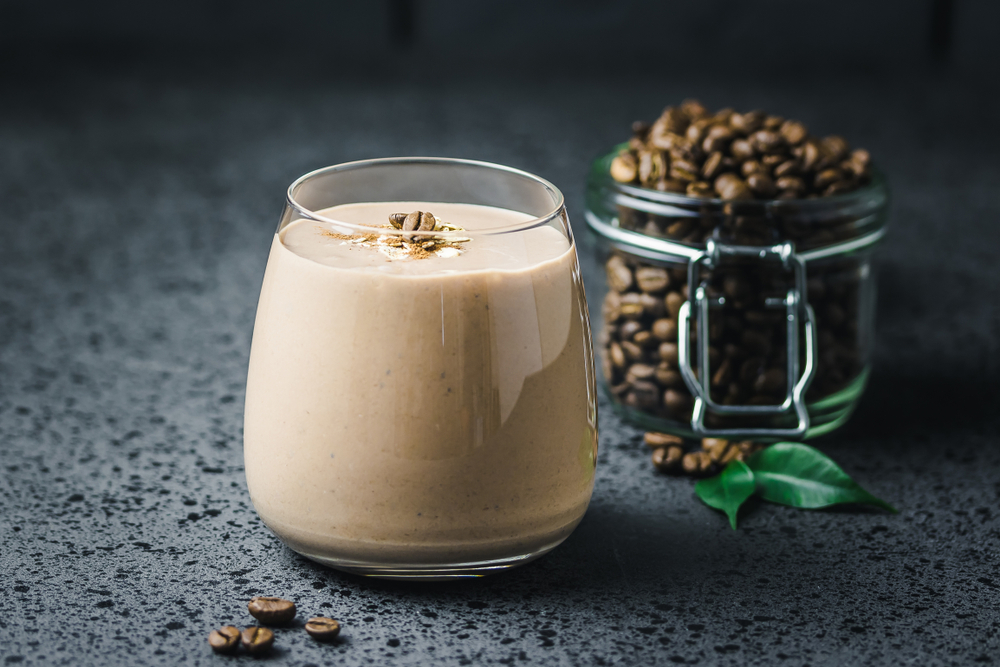 Numerous establishments sell their own versions of frozen, blended coffee drinks, but these drinks can also be made at home. Brewed coffee can be substituted for espresso. Pouring brewed coffee into ice cube trays to use when blending the drink is a popular tip for homemade beverages. Syrup, pureed fruit, flavored ice cream, spices, and many other options can be used for flavoring. Drinks are topped with chocolate or butterscotch chips or shavings, cinnamon, and other spices, or fresh fruit. 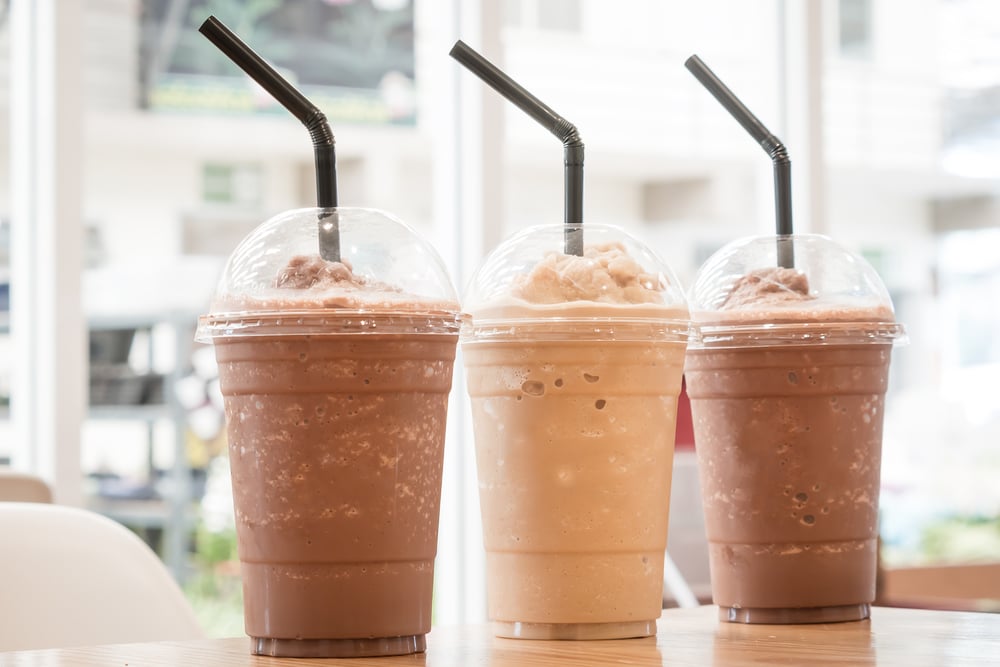 Exotic fruit milkshakes without ice cream are perfect for cocktails and mixed drinks. Three mangoes, 1.5-pounds of lychees, confectioners sugar, lemon juice, and grenadine can be blended or shaken with ice cubes in a cocktail shaker. The fleshy mangoes give the blended beverage a smooth texture. Spiced rum is an excellent addition to this fruity shake. Those who would prefer not to use alcohol can leave the grenadine out and add heavy whipping cream instead. 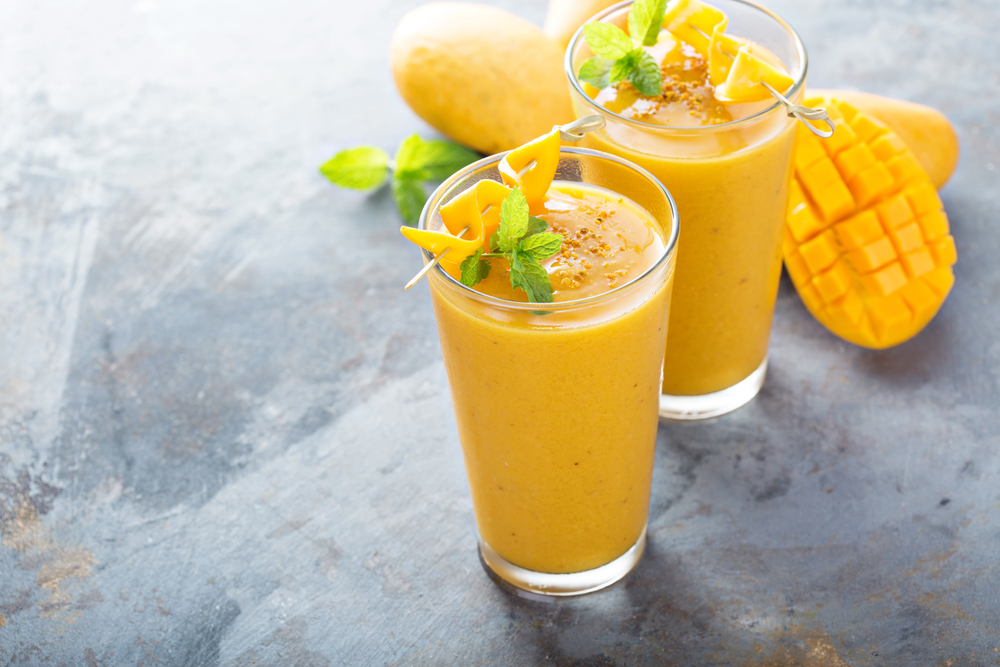 Chocolate is paired with spices and peppers in many parts of the world. A spicy Mexican-style chocolate milkshake is sure to be a hit at a party or gathering. Prepare 18-ounces of chocolate ice cream by mixing in a half teaspoon of ground cinnamon and ground chiles. Blend the ice cream with a two-thirds cup each of whole milk and heavy whipping cream. Add three tablespoons of chocolate syrup and mix until the consistency is thick and even. Top the shakes with whipped cream, cinnamon, and chili powder. Creamy liquors turn this milkshake into a tasty adult beverage. 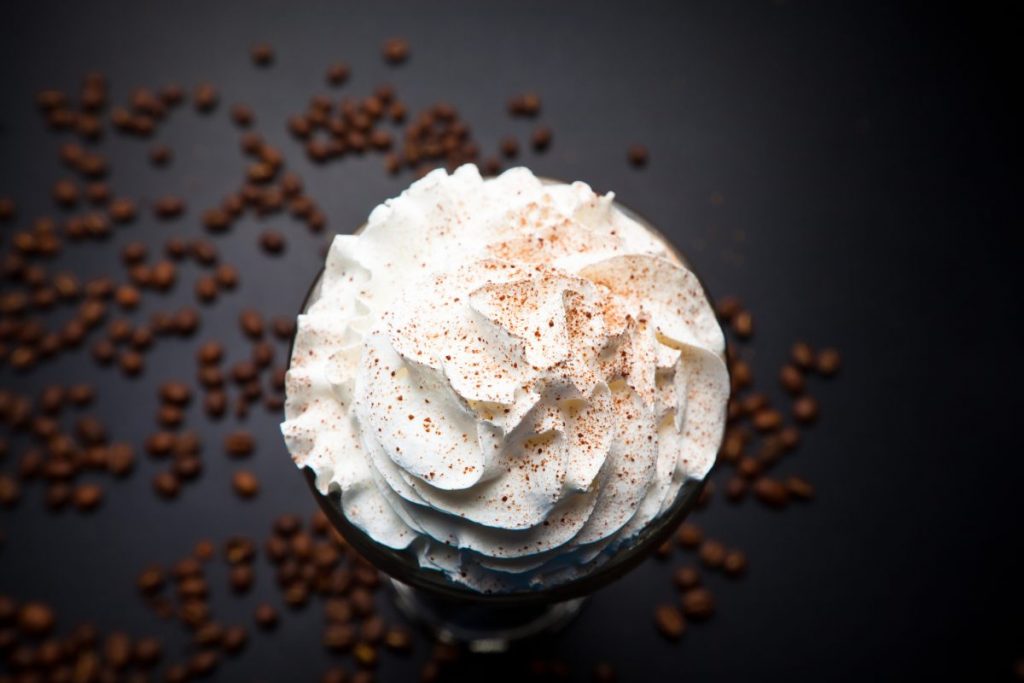 Milkshakes may not seem like a low-fat healthy beverage at first glance, but plenty of nutrition can be packed into these creamy beverages. A blackberry oat shake is filled with nutrients and fiber. Puree a cup of fresh blackberries. Raspberries or another sort of berry can be used as well. Blend the pureed fruit with a half-cup of oat milk, a teaspoon of honey, and a cup of vanilla soy ice cream. This recipe works with almond milk as well. 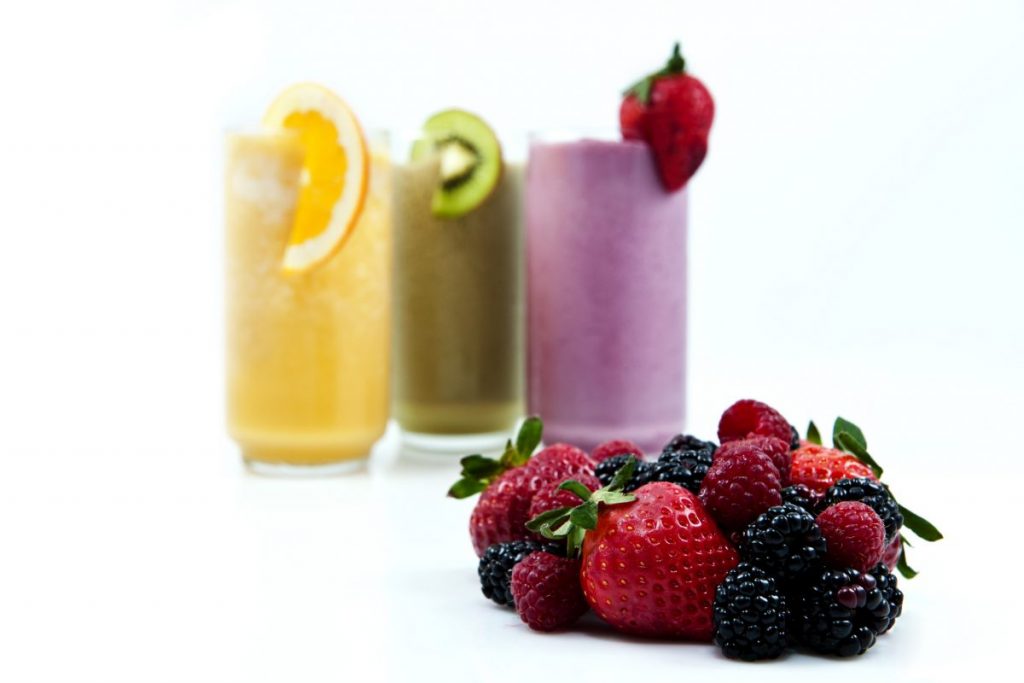 Milkshakes in Vietnam and South Korea tend to use sweetened condensed milk. It gives the milkshake a very rich flavor and works well with fruits that are tangy or just not very sweet on their own. A Vietnamese favorite is the avocado milkshake. One medium-sized avocado, 7-ounces of sweetened condensed milk 1.5-cups of ice and a half-cup of milk are blended together. Additional fruits can be added. This shake is frequently made with pineapple or mango. Durian fruit is also a popular addition. Durian has a soft, spongy flesh and a very strong odor reminiscent of moldy cheese. Durian fruit does not appeal to everyone, but this delicious shake may be a good opportunity to try it for the first time. 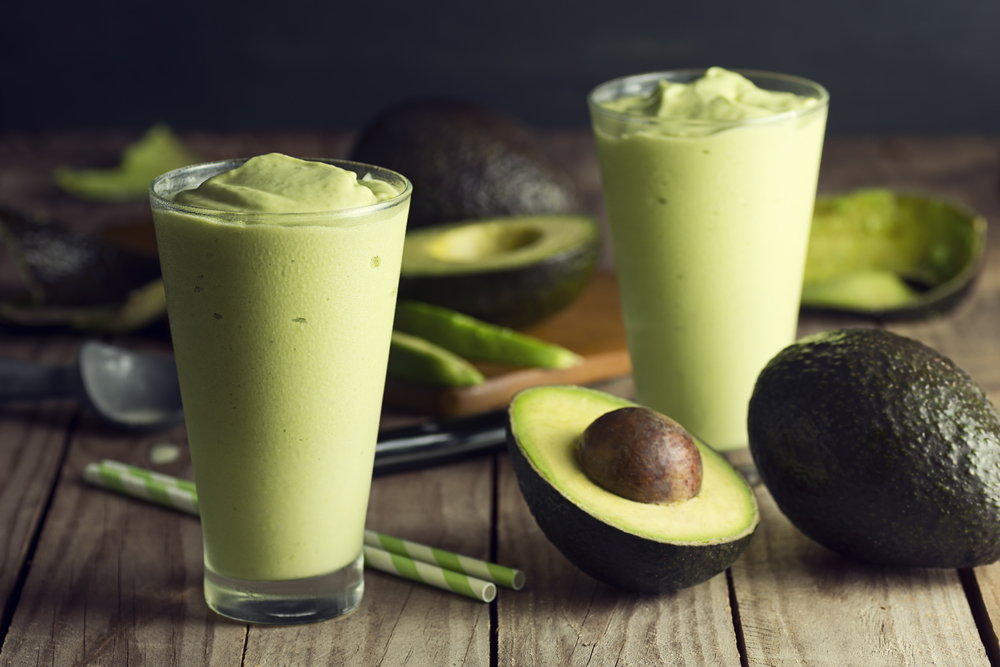 Milkshakes can be included in a vegan diet. Raw cashews blended with a small amount of water provide a creamy texture. A frozen banana adds flavor and thickens the mixture. Maple syrup and vanilla extract act as sweeteners. This mixture can be consumed on its own or used as a base for unique recipes. Other ingredients such as chia seeds, fresh fruit, and even non-dairy coffee creamer add more subtle flavors and textures. 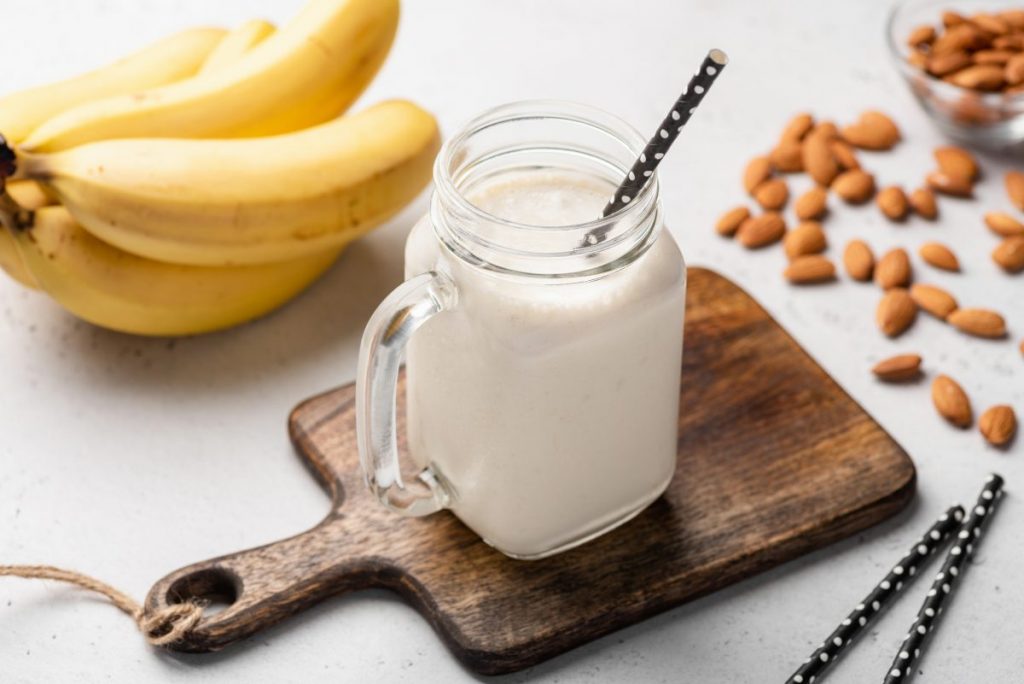 Creating a delicious vegan version of popular coffeehouse drinks relies on coconut ice cream. The ingredients for the ice cream base include coconut milk, vanilla bean, vanilla extract, cane sugar, and sea salt. The ingredients are blended together then placed in an ice cream churner for 45 minutes. The ice cream mixture has to freeze for about six hours. A pot of strong brewed coffee in ice cube trays goes in the freezer. The final step is blending two scoops of frozen coconut ice cream, a teaspoon of cocoa powder, coconut or almond milk for a thinner consistency, and a cup of frozen coffee cubes. 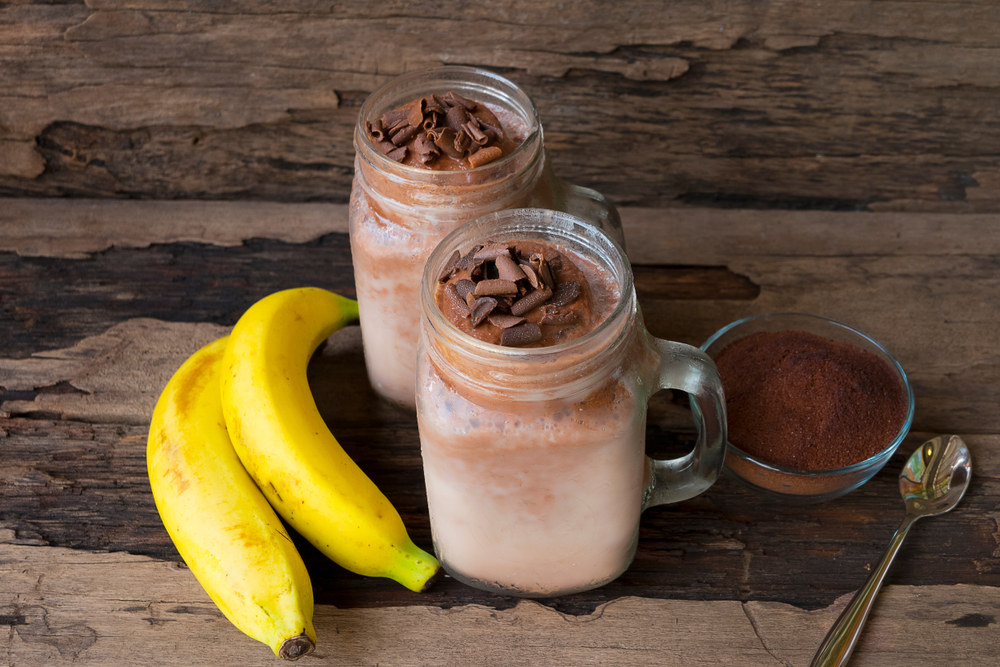