HomeHow to
View content in gallery
By Shayna, Facty StaffUpdated: May 2, 2019
Advertisement

As any meat eater will tell you, you can never go wrong when you’re cooking with chicken. No matter which part of the chicken you use, it’s a great and yummy source of protein. Unlike some red meats or even other white meats such as pork, chicken is adaptable. A great chicken dish will satisfy everybody. But have you ever thought about using chicken thighs instead of breast or leg? If you haven’t yet, these scrumptious chicken thigh recipes will completely win you over.

This simple recipe is a great and easy way to get into using chicken thighs. You can also prepare it skinless, which is an excellent way to cut down calorie and cholesterol intake. The lemon and thyme sauce also makes for an excellent accompaniment to the thighs. What's more, is that it takes less than an hour to make. Simply throw your chicken thighs into the pan with oil, thyme, and garlic. Then, add slices of lemon. Bon appetit! 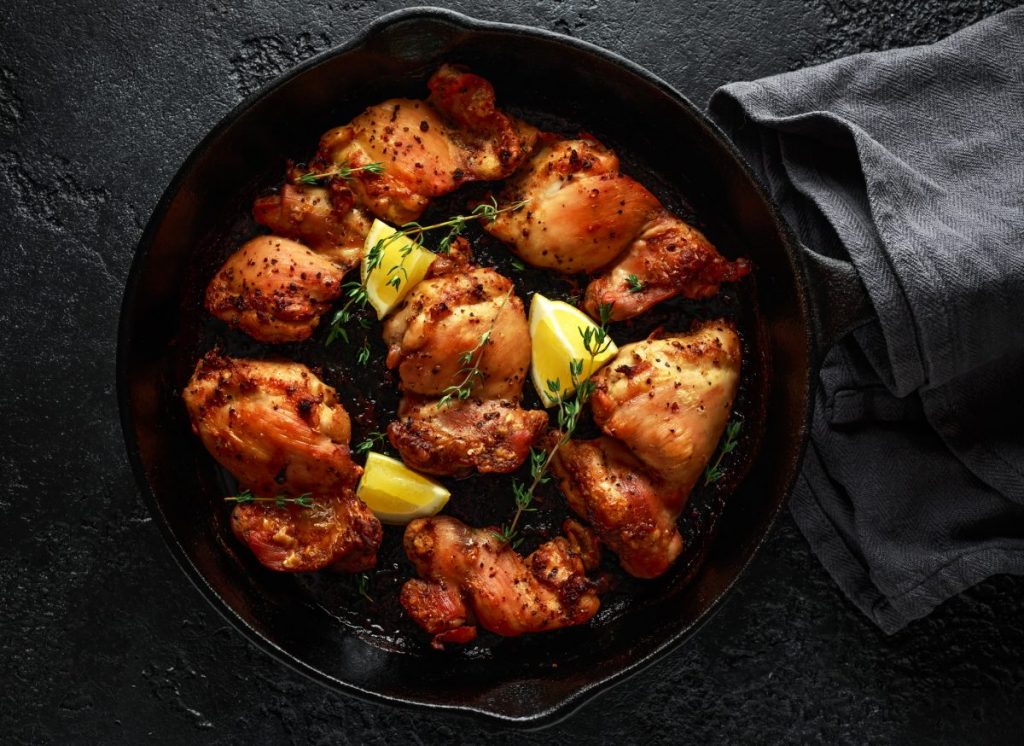 If chicken were a vegetable, it would be an eggplant. Eggplant is as adaptable as chicken, so throwing them in together for this Moroccan-inspired dish is a great idea. This recipe in particular also works best with chicken thighs. Their dark meat ensures that it stays moist when braised. Just chop up the eggplant into cubes, coat in oil, and spread it evenly over the tray. Then, add the chicken thighs. 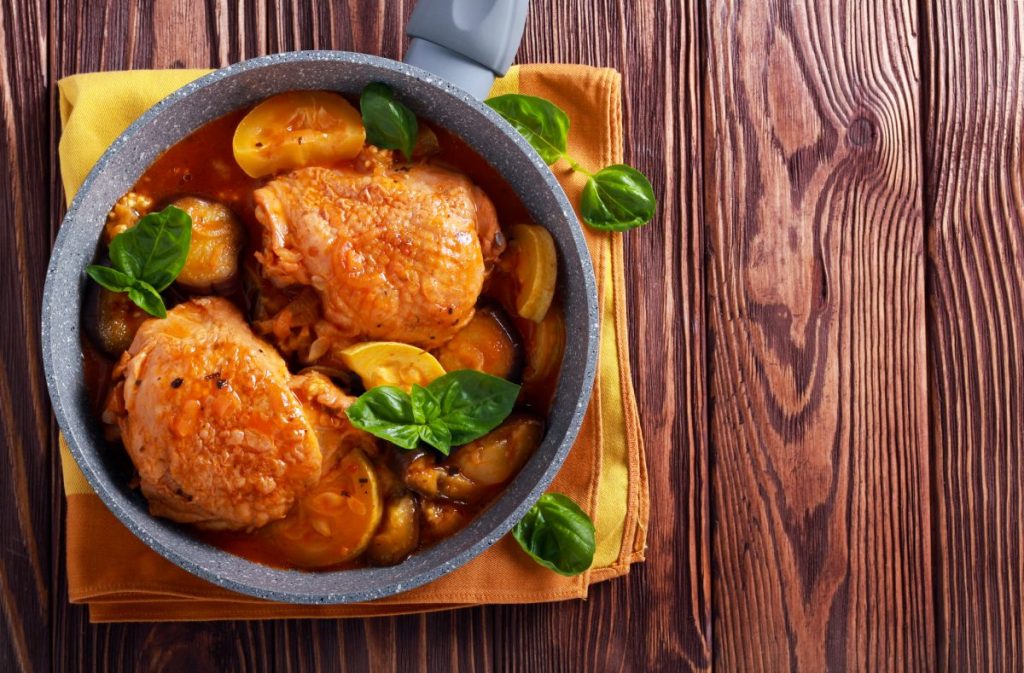 Duck and orange go well together, but have you ever tried chicken and orange? Now's your chance. These orange-glazed chicken thighs have both a sweet and savory kick to them. The recipe is also simple and has little-to-no prep time. This is always a bonus when there feels like there aren't enough hours in the day. The orange sauce is tangy and delicious, and a great accompaniment for string beans. 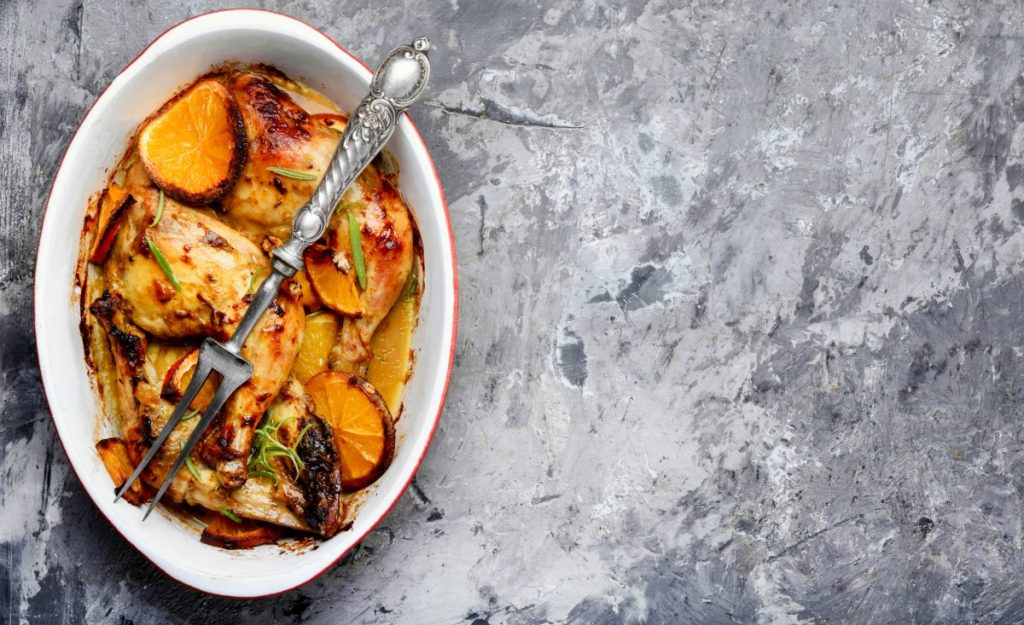 This is an authentic Middle Eastern dish that's known as the king of Saudi Arabian cuisine. It's called al kabsa and is made up of long grain rice and chicken. It might sound simple, but trust us, that makes it none the less delicious. When al kabsa is made traditionally, it's prepared with dates, almonds, pine nuts, and raisins. The chicken thighs are frosting on the cake. 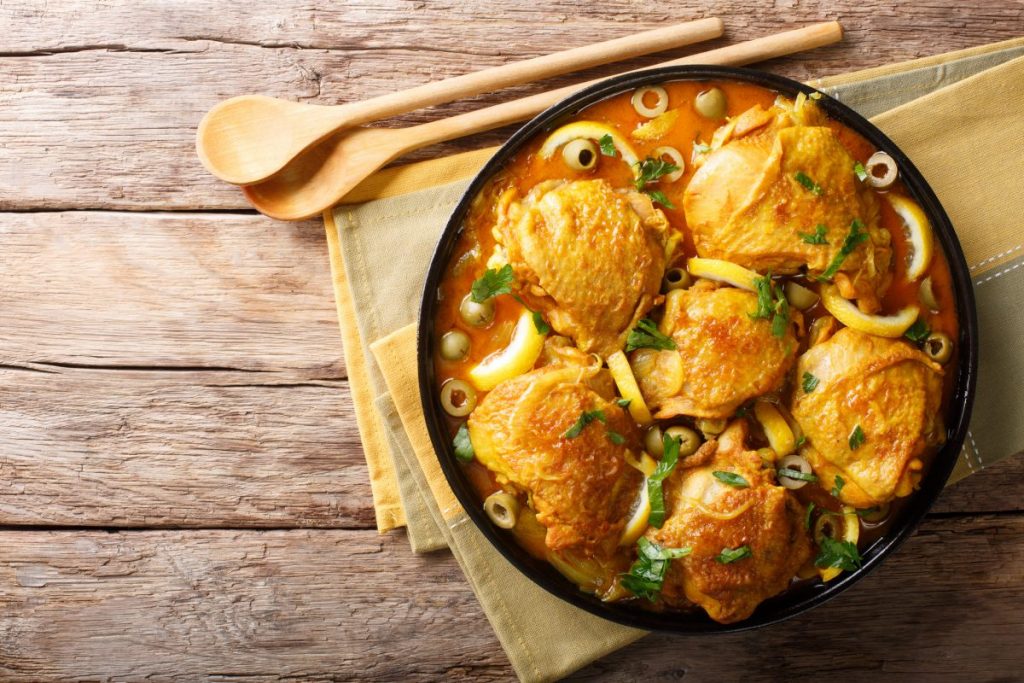 Is there anything honey-glazed that isn't delicious? The answer is no, but honey-glazed chicken thighs are somehow even yummier. If you're getting a little bored of baking chicken breasts, you can try to shake things up with this simple recipe. The juiciness of chicken thighs makes them a prime candidate for a good glaze. Serve them with rice and broccoli for extra yum. 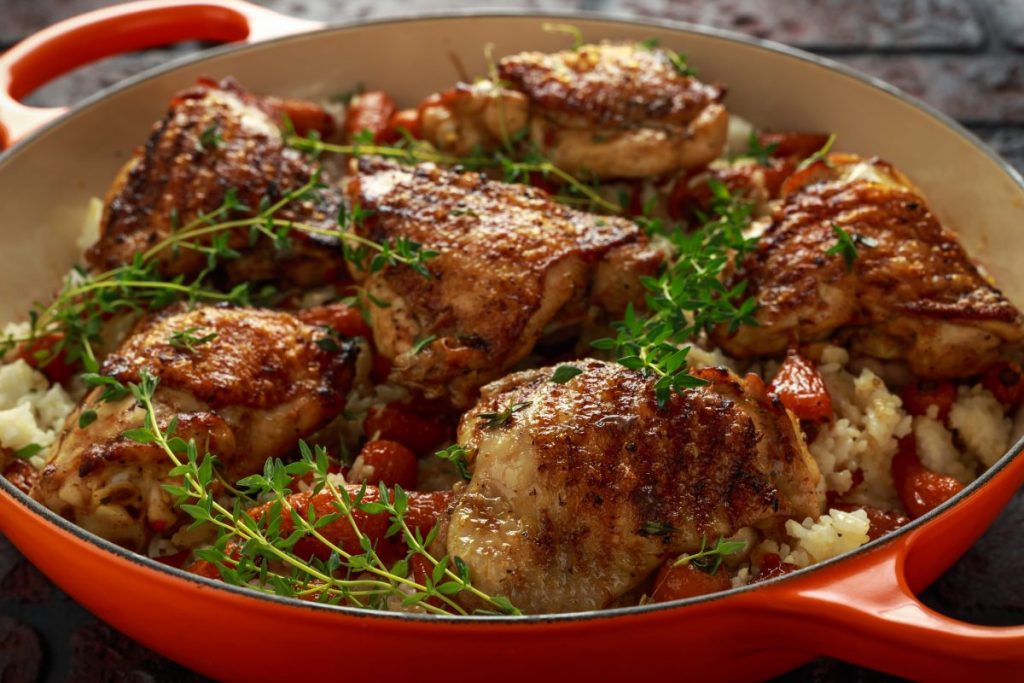 You can't beat good fried chicken. Crispy chicken thighs might just be the key to warming the family up to trying them, too. Rosemary is such a classic herb and lemon simply never seems to go wrong with chicken. This recipe can be made in 30 minutes including prep time. It's essentially fried chicken without the unnecessary breaded coating. Your family might even end up asking for it again and again. 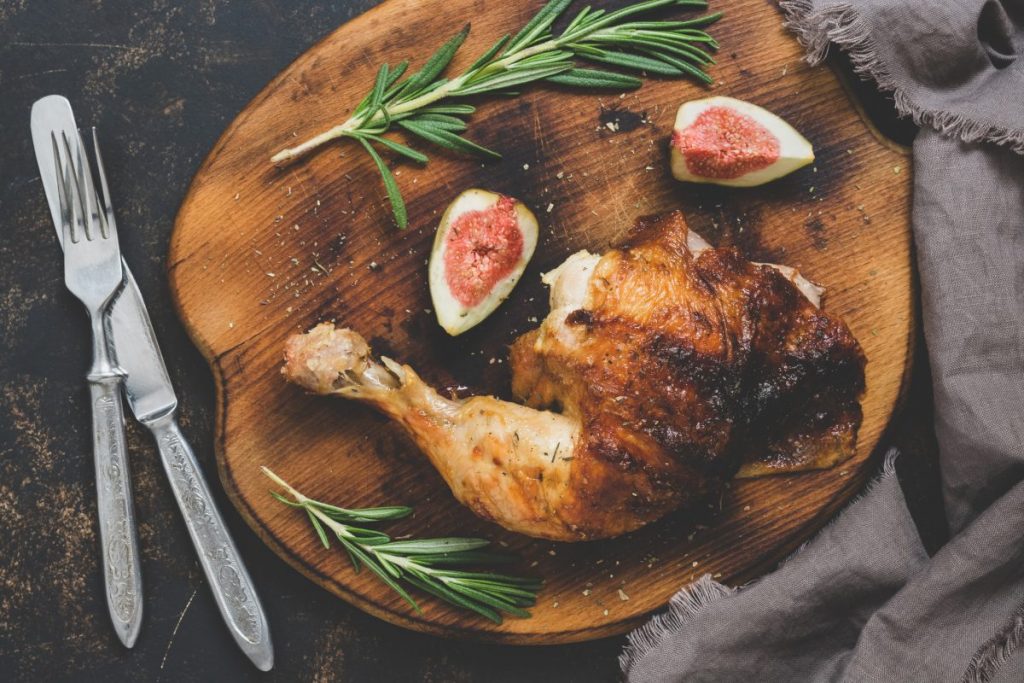 For those who like a little kick to their chicken, jerk spice is where it's at. Although jerk marinade can be made in a variety of ways, this Caribbean delicacy can rarely go wrong. Well-seasoned boneless chicken thighs will go down a treat. Also, not to fear: you can alternate your jerk seasoning so that it's as hot or as mild as you want. 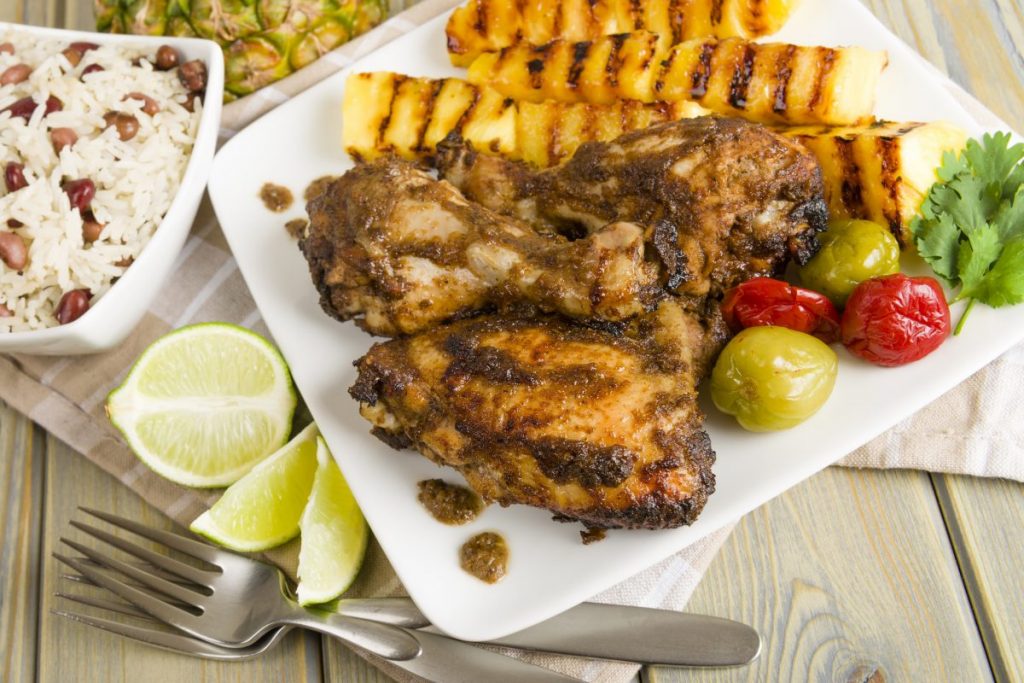 Chestnuts aren't just for the holiday seasons. Roasted chicken thighs go perfectly with roasted chestnuts. Roasting chestnuts is incredibly easy, even easier than roasting chicken. Adding shallots and mushrooms to this recipe won't go amiss either. It might sound out-of-the-box, but it's an out-of-the-box recipe that you just might keep on wanting to make. 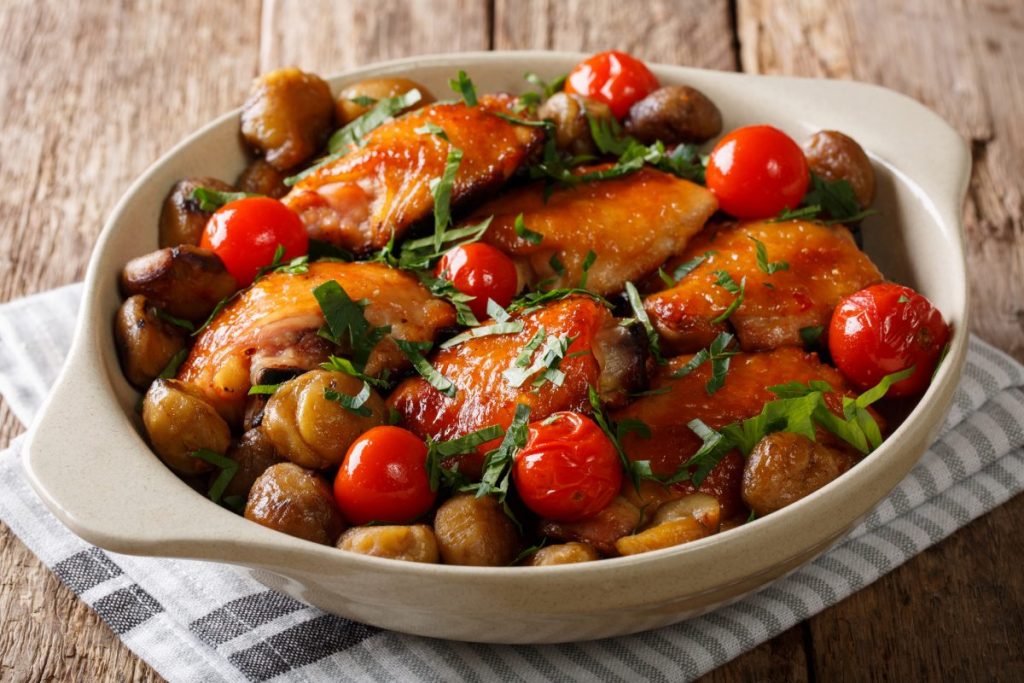 Creole cuisine is known for its use of chicken. Any of us who have spent time in the South can tell you that. This Creole smoked chicken recipe has a quick and easy marinade that's rich, tender, and a one-of-a-kind culinary experience. With summer on its way, this is a great way to spice up your chicken recipes come BBQ time. 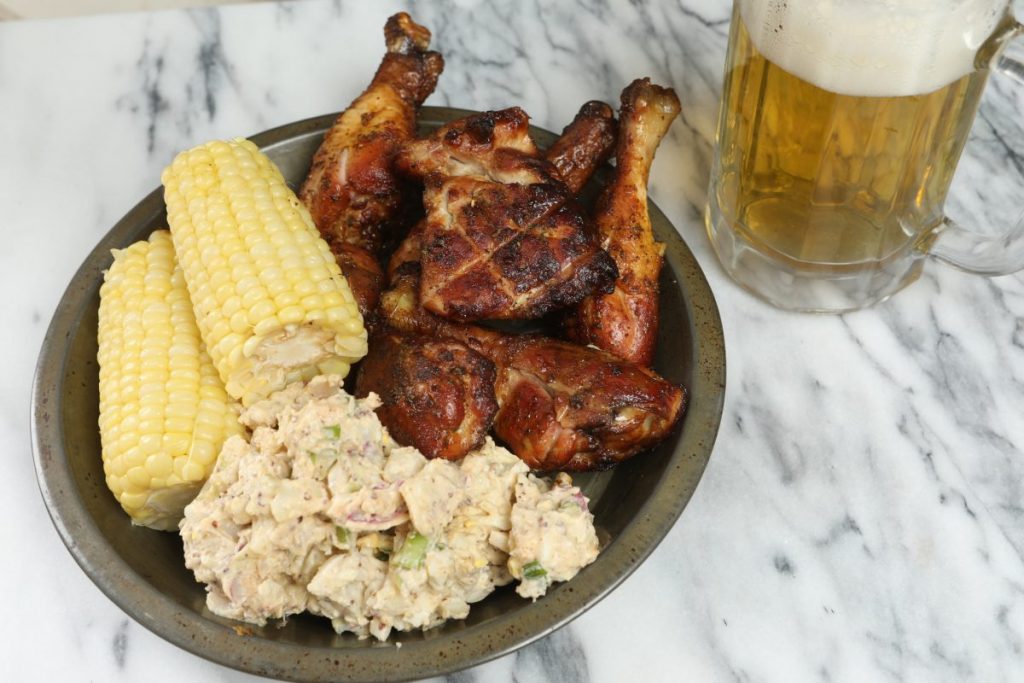 Squash is the new 'it dish'. What was once potatoes is now butternut squash, and anybody who tastes this dish will tell you the same. Just like chicken thighs are to chicken breast. Mixing the two brings a juicy, almost sweet sensation to the plate. Not only is it a really easy meal, but it's also got far fewer carbs than rice or any breaded chicken. Once you've had chicken thighs, you might never go back. 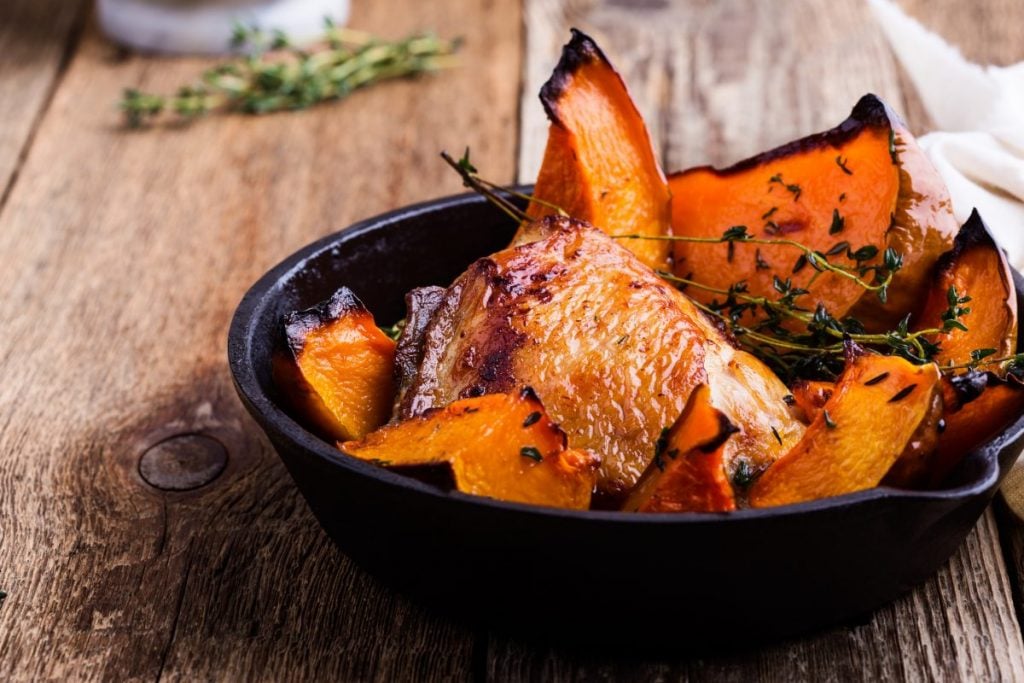