How to Cook Brown Rice

If you compare the nutrient content of brown rice and white rice, brown rice wins, hands down. It is higher in fiber, antioxidants, minerals, and B vitamins such as niacin, thiamine, and B6. It’s also gluten-free. But cooking brown rice can be tricky. It isn’t just the color that sets it apart from its cousin, white rice. Brown rice is thicker due to its outer layer of bran, which white rice loses during processing. Cooking times for brown rice are different. However, you can safely substitute brown rice in just about any dish that calls for white rice.

There are five common types of brown rice. Each has comparable cooking times, yet their textures and flavors vary. 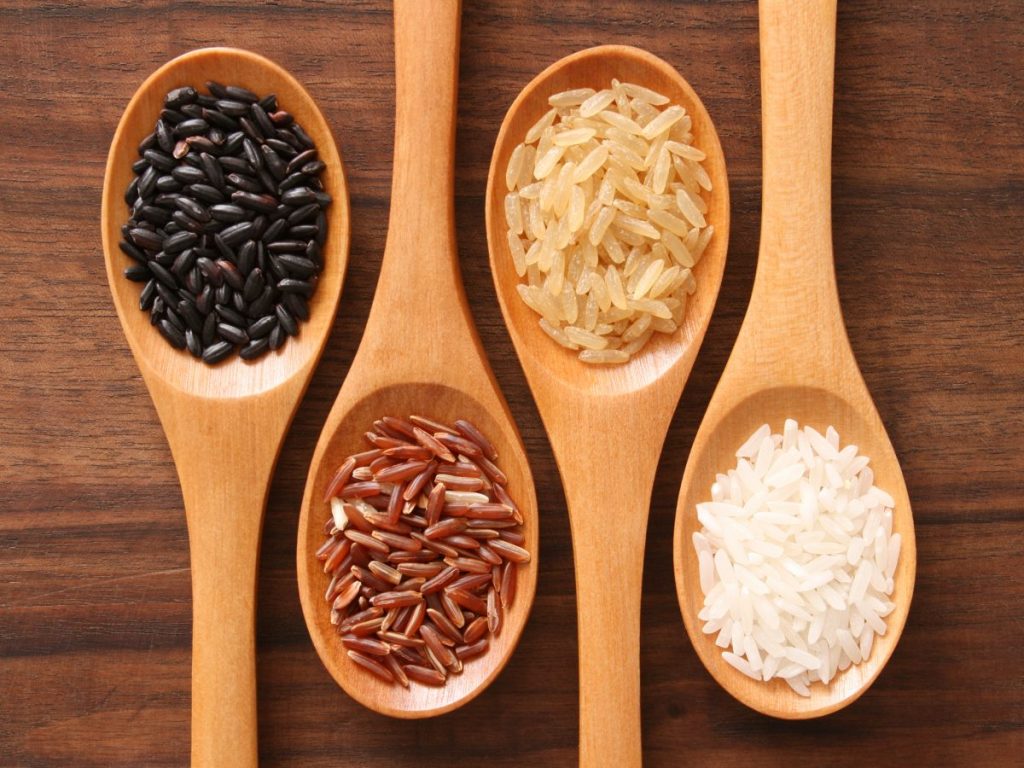 Ignore the Instructions on the Package

If you’ve experienced issues in the past preparing brown rice, chances are it’s not you, it’s the instructions on the package. The common two-to-one ratio called for in those recipes will cause mushy, inedible rice. Each grain should be tender, yet hold its character after cooking. Too little water and you’ll end up with underdone rice that burns on the bottom of the pan. Too much water and the rice will become oversaturated, leaving behind a soggy mess. For best results, use one-fourth to one-half more water per cup of brown rice than you would normally use to prepare white rice. 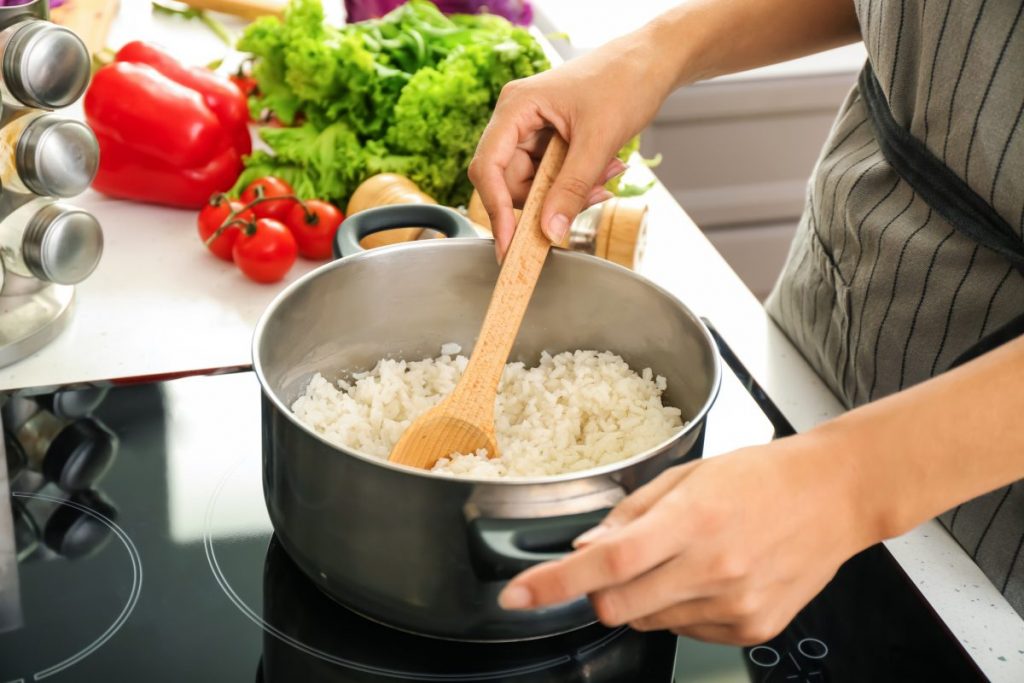 This simple, flavorful recipe is perfect for those who are adding healthier options to their menus and wish to cook smaller portions of rice. It’s also great for cooks who have had issues preparing brown rice in the past. Soak 1 cup of brown rice for one hour, then drain. Toast the rice by placing it in a medium-sized saucepan, uncovered, on medium-high heat. Cook until the rice is dry, usually for about two minutes. Add salt, about ½ to 1 teaspoon per cup of rice. Be ready with 2 ¼ to 2 ½ cups of boiling water to pour over the rice after it is toasted. Bring the rice and water to a full boil. Lower the heat to medium-low, cover, and cook for about 40 minutes. Do not stir it. Remove from heat. Let it sit, covered, for 10 minutes to steam. Fluff with a fork and serve. 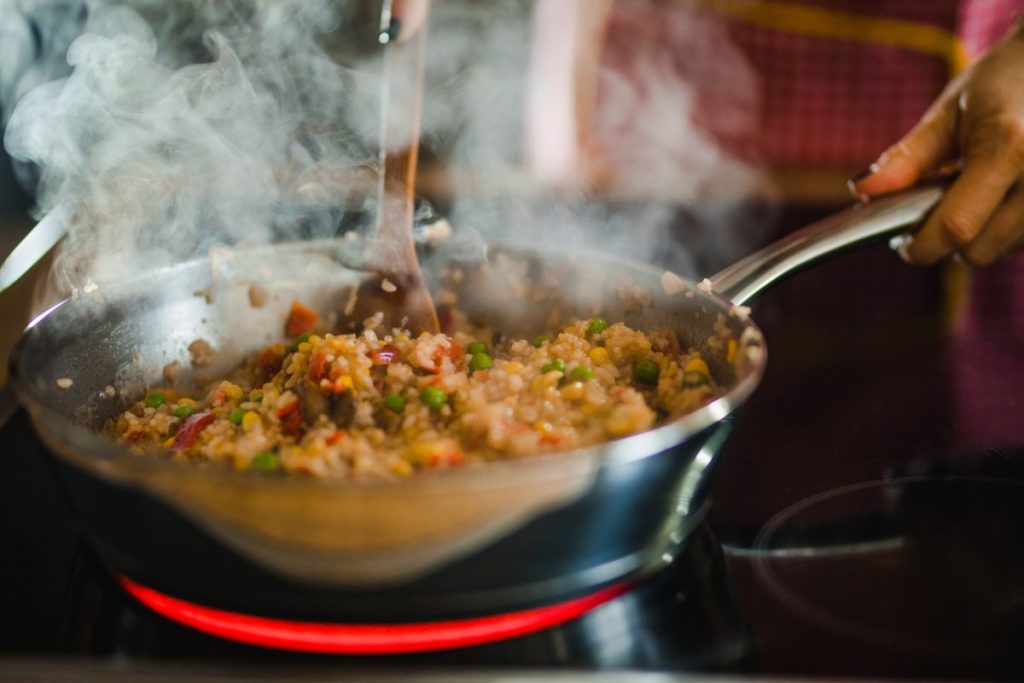 For those seeking easier solutions for preparing perfect brown rice, try an alternative recipe. This one requires no toasting beforehand and yields 3 cups of cooked rice. Bring 6 cups of water to a boil. Add the rice, then allow to cook for 30 minutes, uncovered. Remove from the heat. Drain off any water that remains in the rice. Cover the saucepan and allow the rice to steam for 10 minutes. Season as you desire. Also, you can substitute chicken broth or even light coconut milk instead of water to add more flavor. 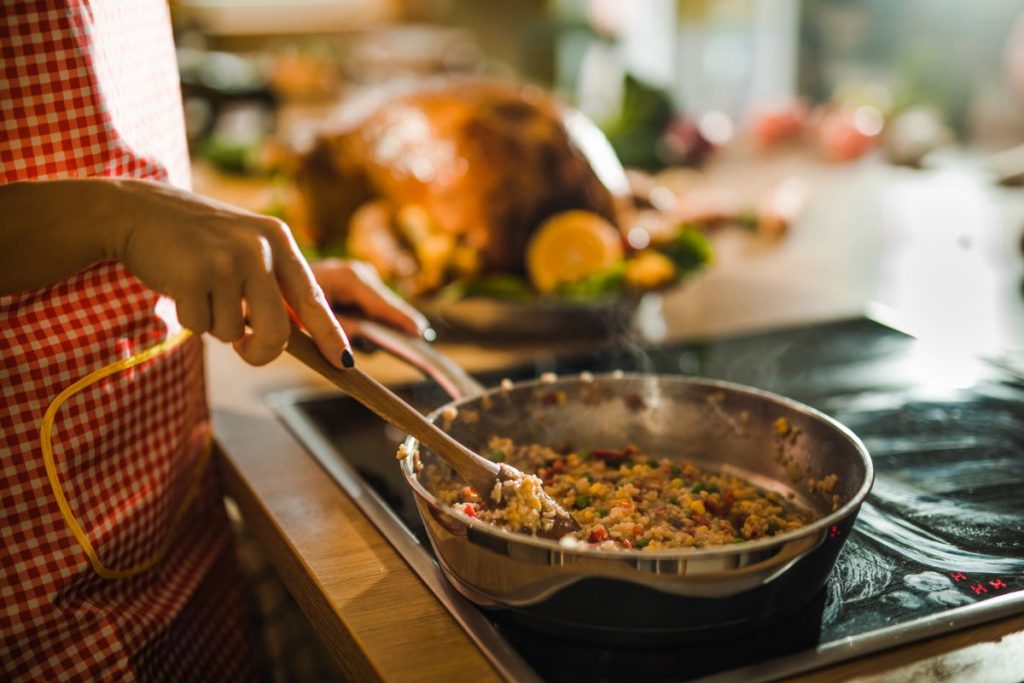 Cooking Brown Rice in the Oven

If you have issues with the rice burning on the bottom of the pan using a stovetop method, try cooking it in the oven instead. This method produces a more evenly cooked rice. Choose a pot that is both stovetop and oven-safe. Preheat the oven to 375 degrees. Combine the 1 ¾ cups of water, ½ tablespoon of butter, 1 teaspoon of Kosher salt, and 1 cup of rice and bring to a boil on the stovetop. Cover the pot, remove it from the stove and place in the oven for one hour. The cooking times may vary according to the brand. The weight of the lid is also a factor. The heavier it is, the more liquid it holds in, increasing the amount of cooking time. 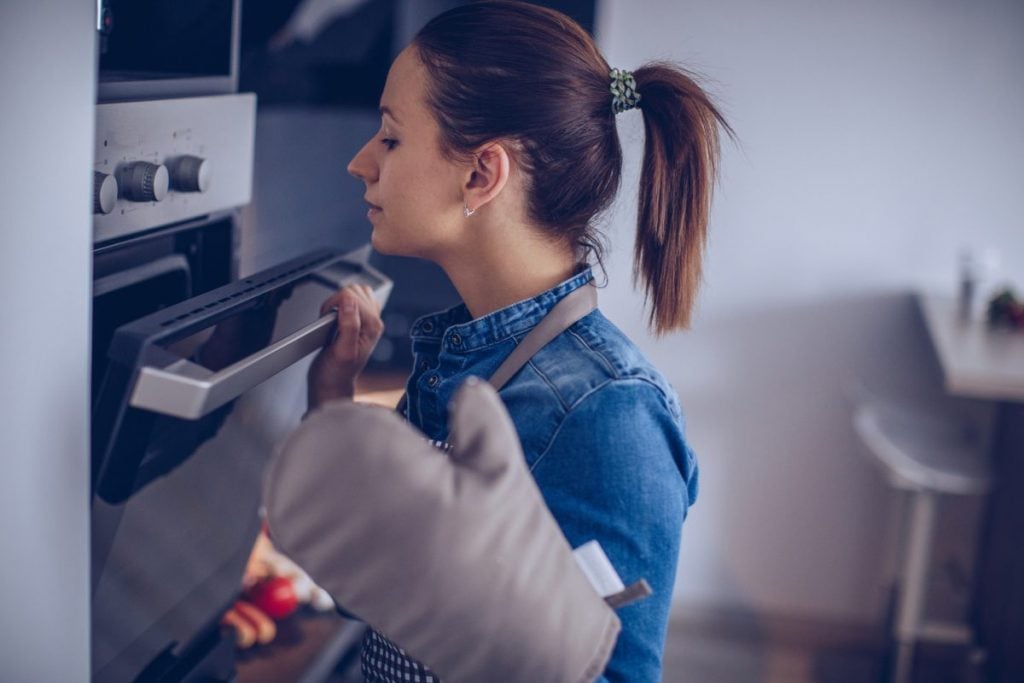 There’s a reason commercial restaurants prefer to use rice cookers. They’re easy to operate, and they cook the rice perfectly. Despite its simple operation, however, even a rice cooker can mess up a batch of brown rice. It’s important to accurately measure the rice and water before combining them in the appliance. Spread the rice into the cooker and distribute it evenly. Add the water. The rice cooker does the work. Remember to let the rice rest for at least 10 minutes before fluffing with a fork and serving. 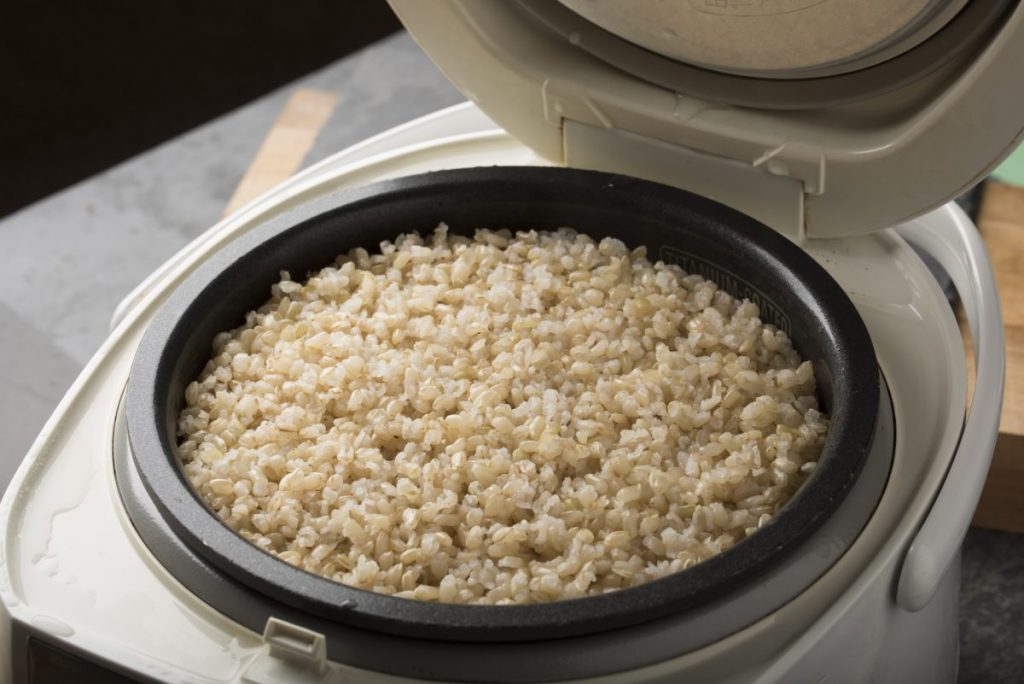 Always Allow the Rice to Rest

Most cooks hope to end up with fluffy, flavorful rice. One of the biggest mistakes people make in the preparation of brown rice is forgetting to let it rest. Freshly cooked rice is drier on the top than on the bottom. Removing it from the heat and allowing it to rest for a minimum of 10 minutes is crucial to its level of tenderness and fluffiness. Although some recipes say you can let it rest for up to 30 minutes, most cooks recommend no more than 15 minutes of rest. 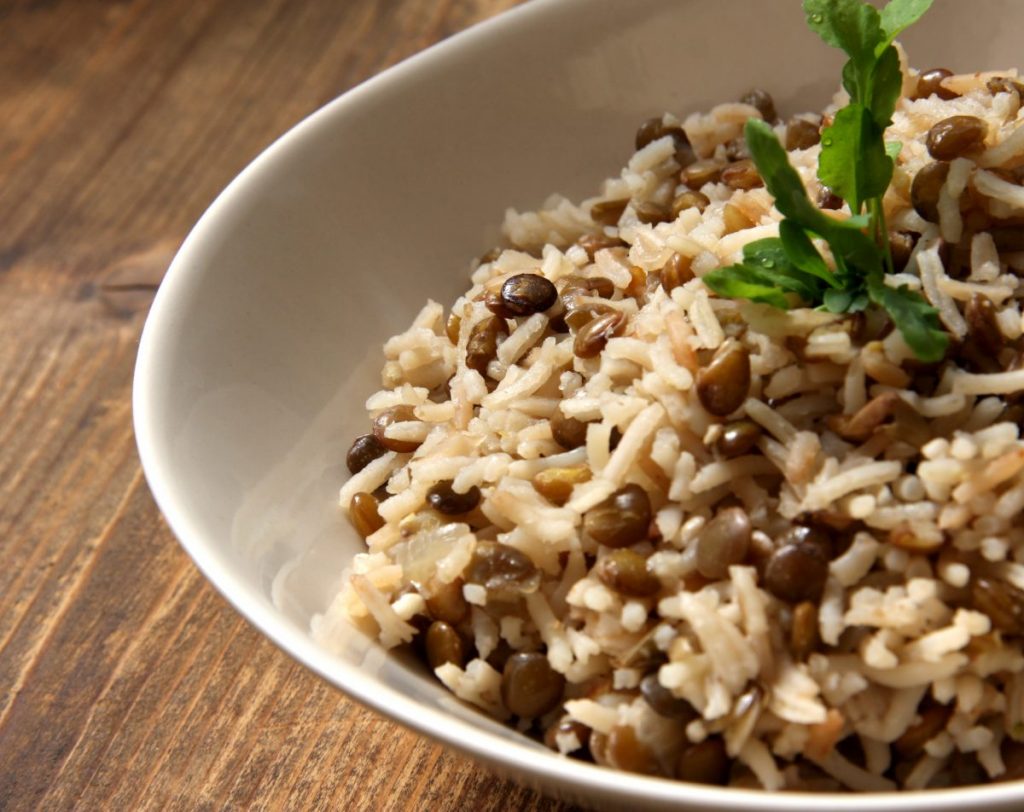 Rinsing the Rice is Optional

Most of the time, rinsing the rice is not necessary, unless you’ve chosen an imported strain such as basmati. Some of the brown rice brands may contain varying levels of industrial byproducts such as talc. Most rice packaged in the U.S. is free of talc and doesn’t require pre-washing. However, rinsing the rice under cool water, in a strainer before cooking removes some of the starches. This increases the fluffiness and prevents the grains from sticking together. If you plan to use the prepared rice for sushi or risotto, don’t rinse it. These dishes require a starchier rice. 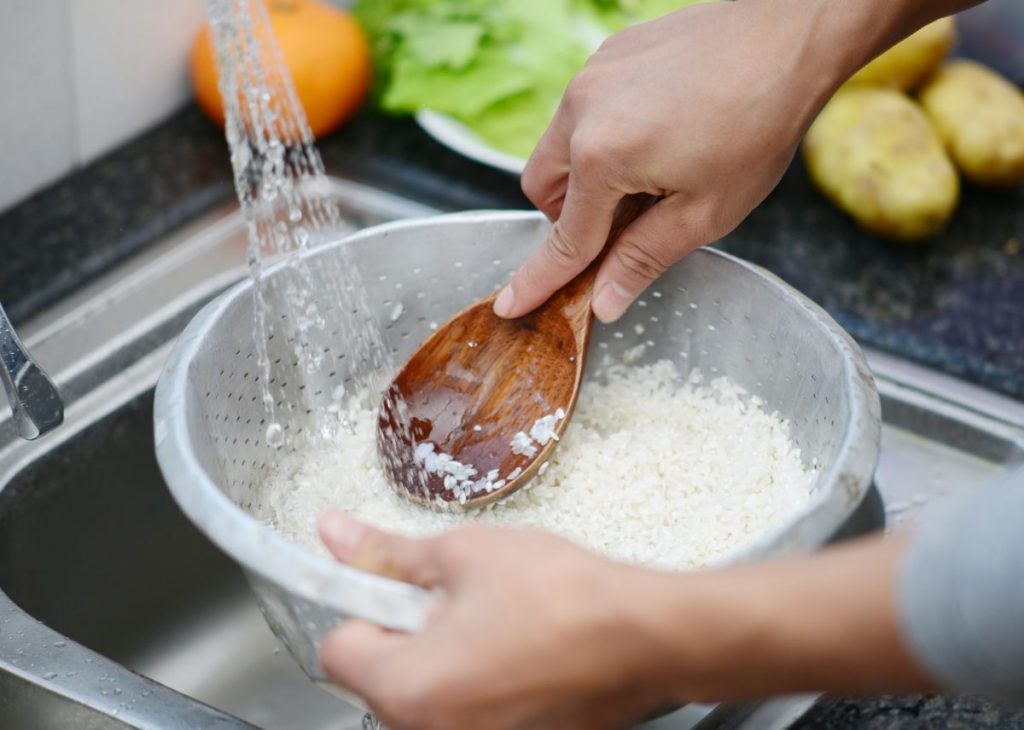 It’s a natural tendency for a cook to stir whatever they’re preparing on the stove. For most dishes, stirring ensures even cooking and prevents it from burning. But rice is a unique exception. Put down the spoon, and step away from that pot of cooking rice. Let it come to a boil, and never stir it during the process. Stirring activates the starch and prevents steam from forming. You’ll end up with a pot of inedible mush. If preparing risotto, stir away to create a starchier version. 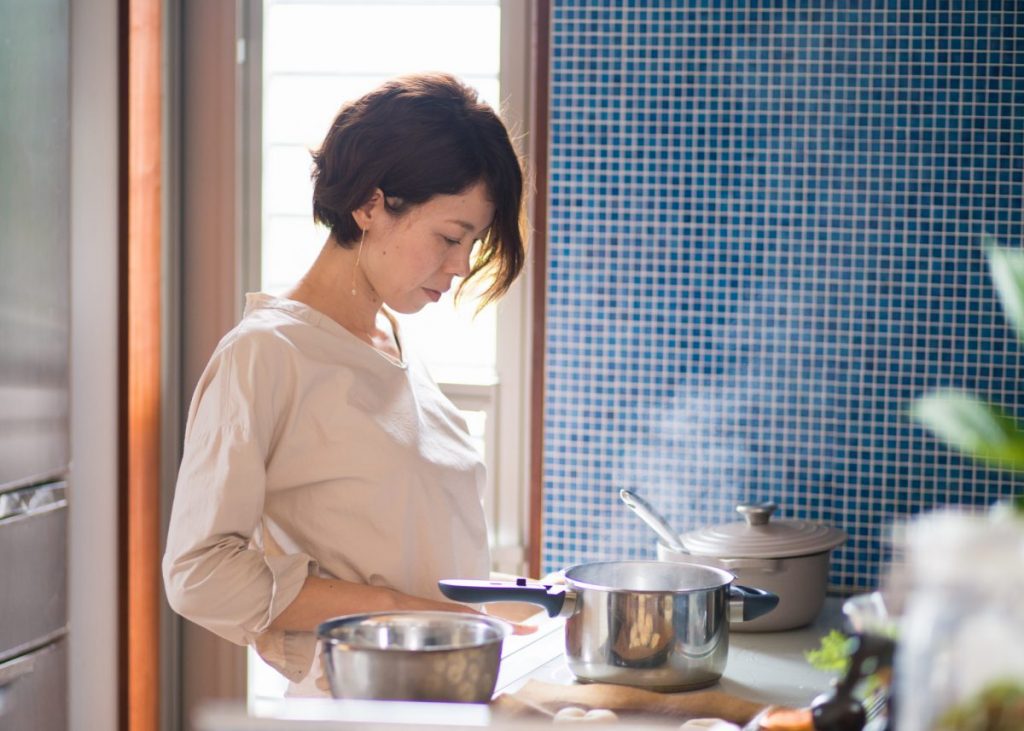 Brown rice requires different longer cooking times and more water due to the added thickness of the bran surrounding each grain. However, check the package label. If it says the rice is a “quick” or “instant” type, it will cook in as little as 10 minutes. Resist the urge to open the lid while the rice is cooking or steaming, which interferes with uniform cooking. The right equipment can also make a difference in the final quality. Always choose a pot with a tight-fitting lid to ensure thorough steaming. If you’re cooking rice on an electric range, choose a different burner when it comes time to steam the rice. Preheat to the proper lower temperature and have it ready once you finish the boiling stage. If you use the same burner, there is an increased chance the temperature will still be too hot and burn the rice. 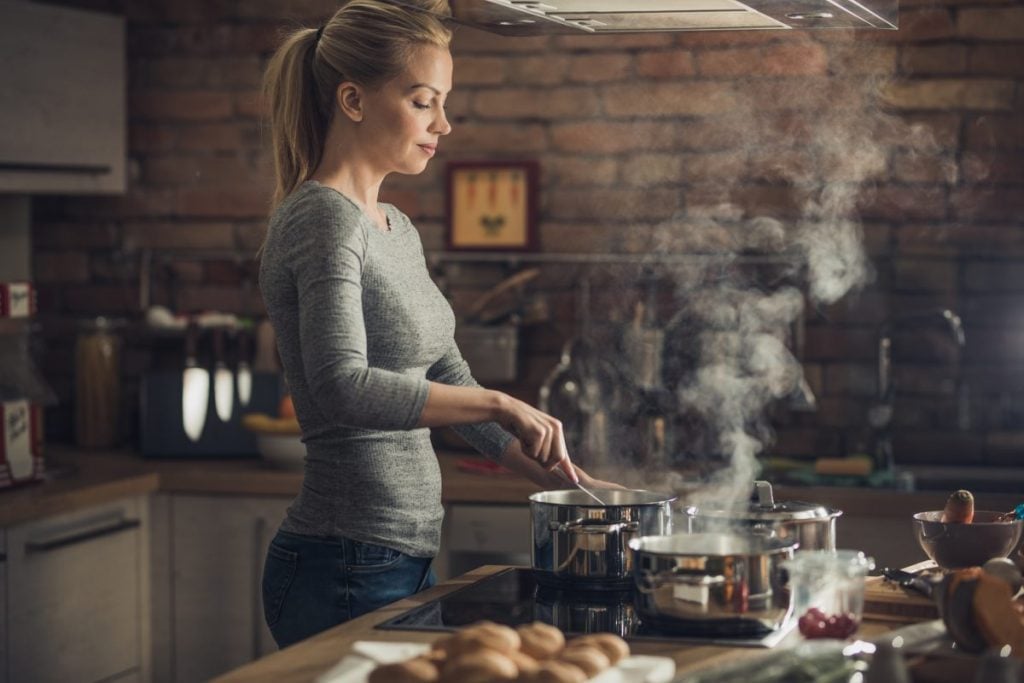