How to Clean a Cast Iron Skillet

A cast iron skillet will last for generations when properly it has been properly seasoned and taken care of. They evenly distribute heat, have a natural non-stick surface when seasoned, and won't warp when exposed to high temperatures for extended periods of time. Cast iron pans are durable and versatile enough to go from the home to the campfire and back again. They are a popular choice for professional chefs.

Cast iron skillets are made from iron, so rust is their natural enemy. You may have heard a list of "don'ts" regarding their care and cleaning. The two most important caveats are not to soak the pan and to avoid pitting by cleaning the pan immediately after use. Don't panic if the pan starts to rust, that is natural, and can be remedied by re-seasoning. 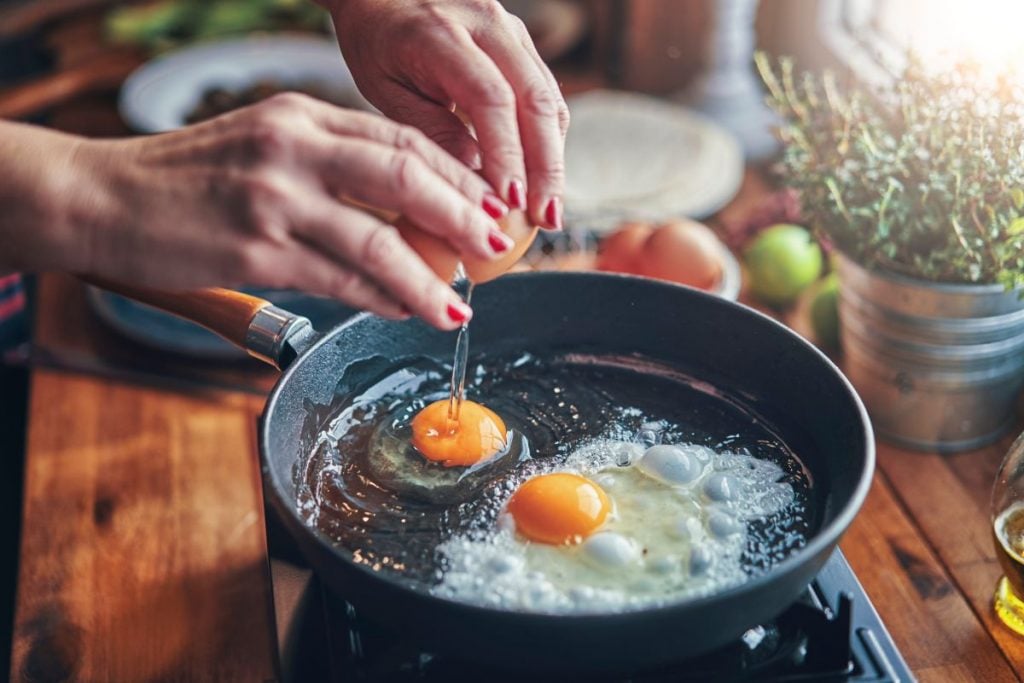 What is A Seasoned Pan?

Seasoning a cast iron skillet means that it has been undergone a simple process to create a non-stick layer. In a nutshell, fat is rubbed into the pan and is heated to create a polymerized non-stick surface. You will want to protect this surface during the cleaning process by using the least abrasive products that will still do the job. It is not difficult to re-season a pan if required. Do so when the pan begins to rust or look dry. 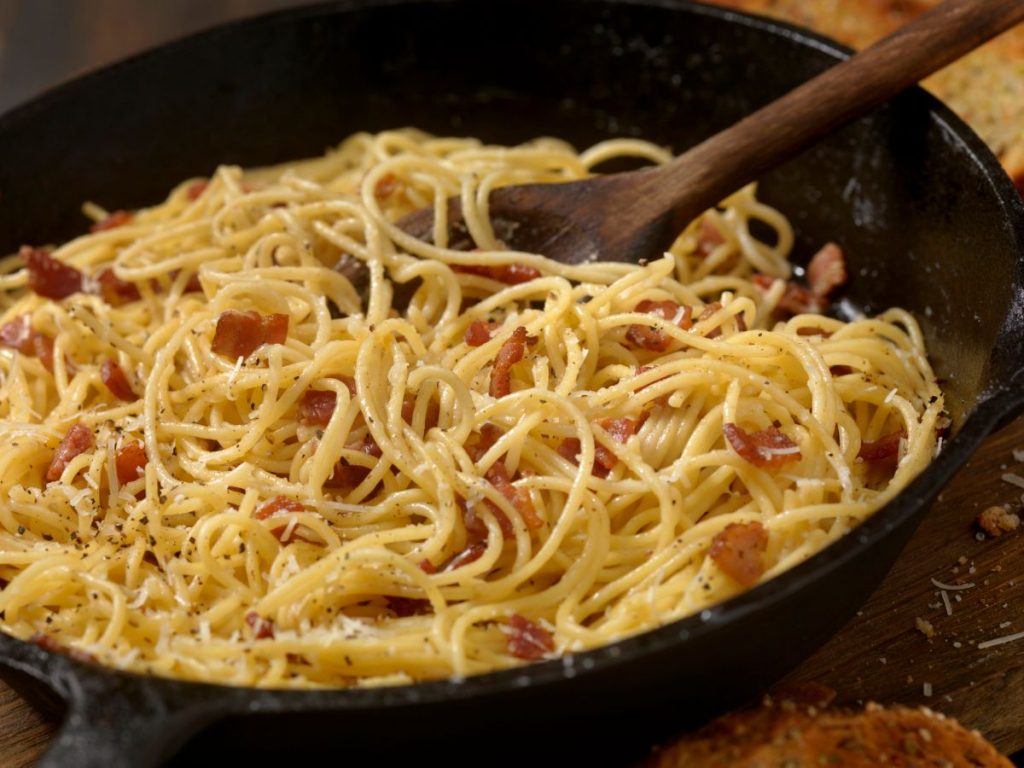 Start by using the least abrasive method. If the pan is properly seasoned and cleaned immediately after use, it should be simple to clean. To dry and store cast iron after cleaning: 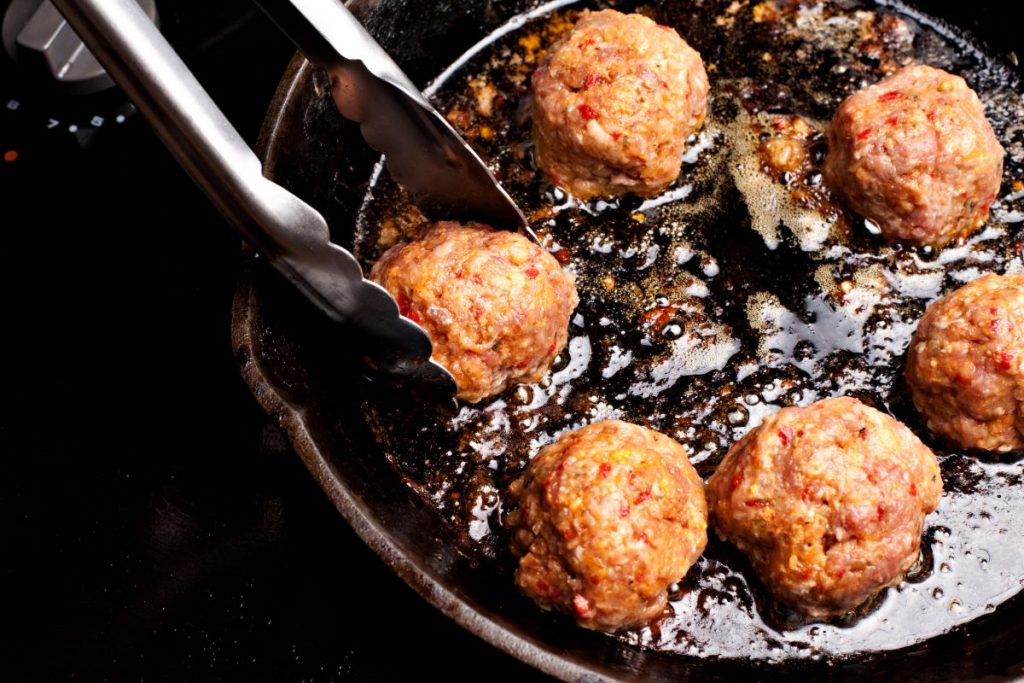 A scrub brush and kosher salt or baking soda can be used to remove food that is really stuck on the pan. Food sticking can be an indication that it is time to re-season the pan. Cast iron skillets are the easiest to clean when warm. Add a tablespoon of kosher salt and use a scrub brush to remove any food. If stains or lingering odors are a problem, use baking soda and a brush. Rinse well before drying. 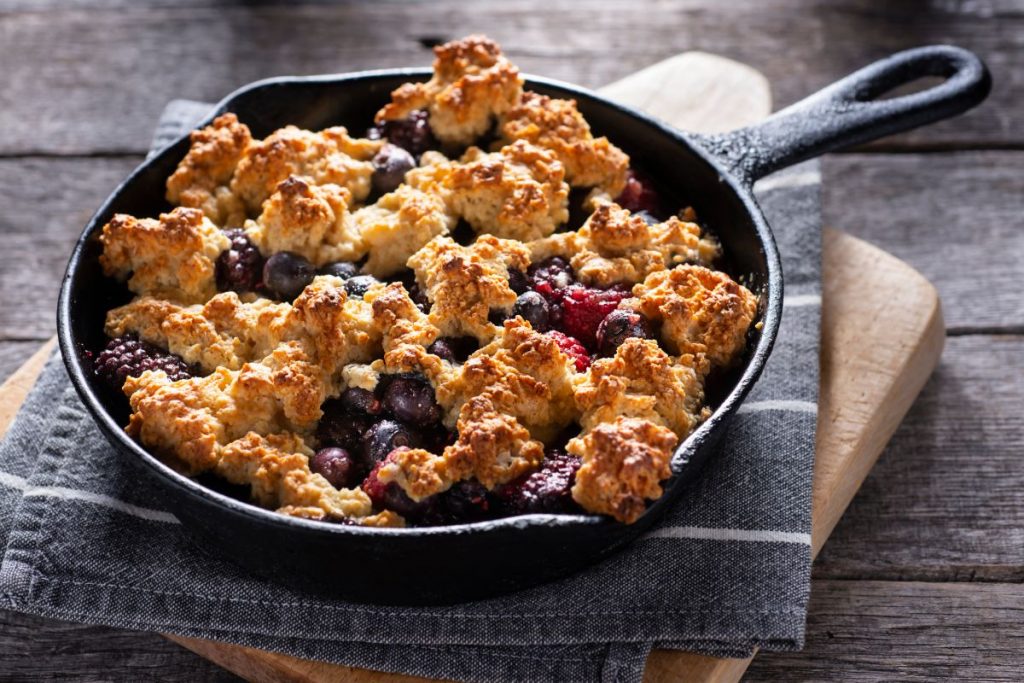 Due to its abrasiveness, steel wool is recommended as a last resort when cleaning cast iron. If needed, use a fine grade and be careful not to scratch the surface of the pan. Soap has long been heralded as a natural enemy of cast iron and should be used as little as possible. Detergents dissolve grease and oil, and the polymer layer on cast iron that resists sticking is created with oil. That said, you can safely use a couple of drops of soap when washing the pan. 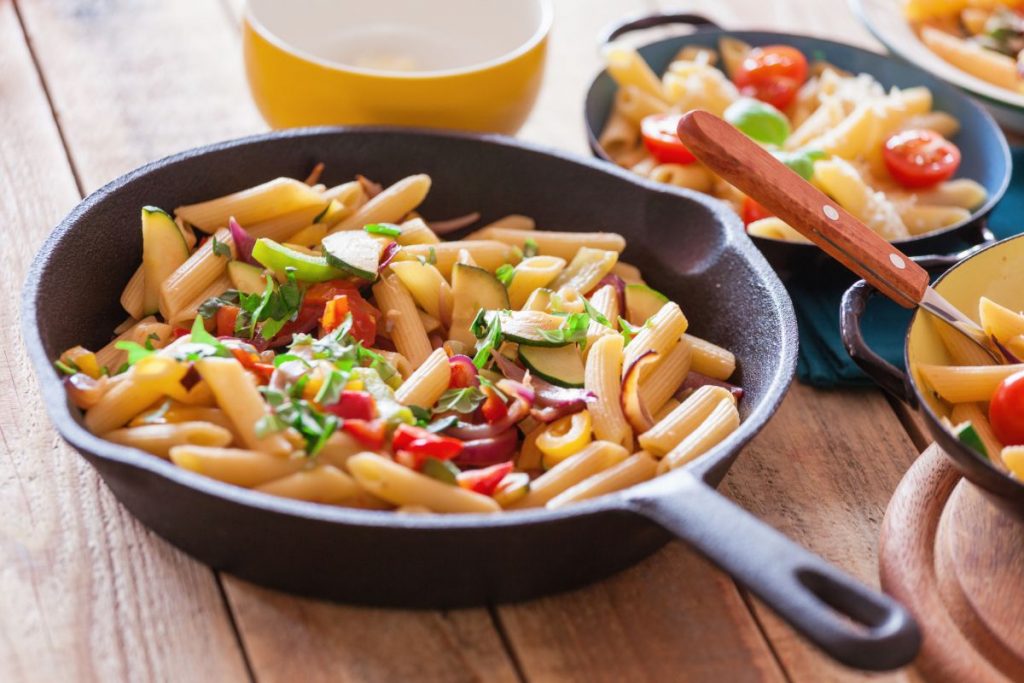 Properly drying a cast iron skillet is essential for preventing rust. Either dry it completely with a paper towel after washing and rinsing or place it on a warm burner on the stovetop for a few minutes to ensure it is completely dry. Cast iron can be used on any type of stove, but due to its weight, be careful when placing it on a glass top. 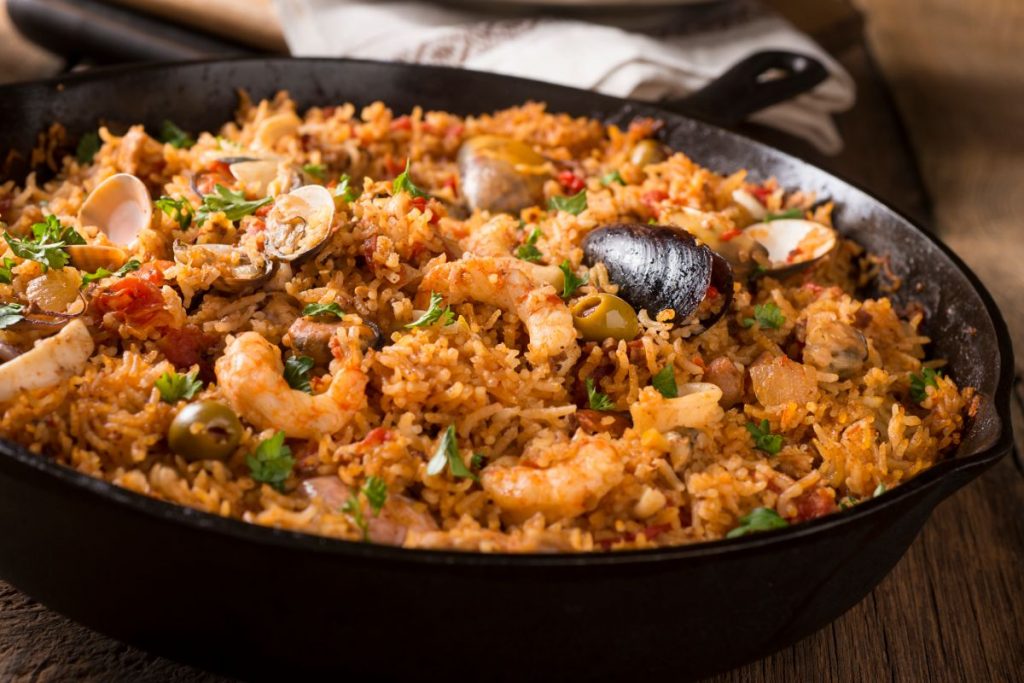 After the skillet is dry, use a paper towel and wipe a small amount of cooking oil into the pan. Buff it well until the oil is completely absorbed by the skillet and paper towel. The paper towel may have black streaks, but this is natural and does not affect the flavor or performance of the pan. This layer helps protect the pan from moisture and preserves the seasoning. 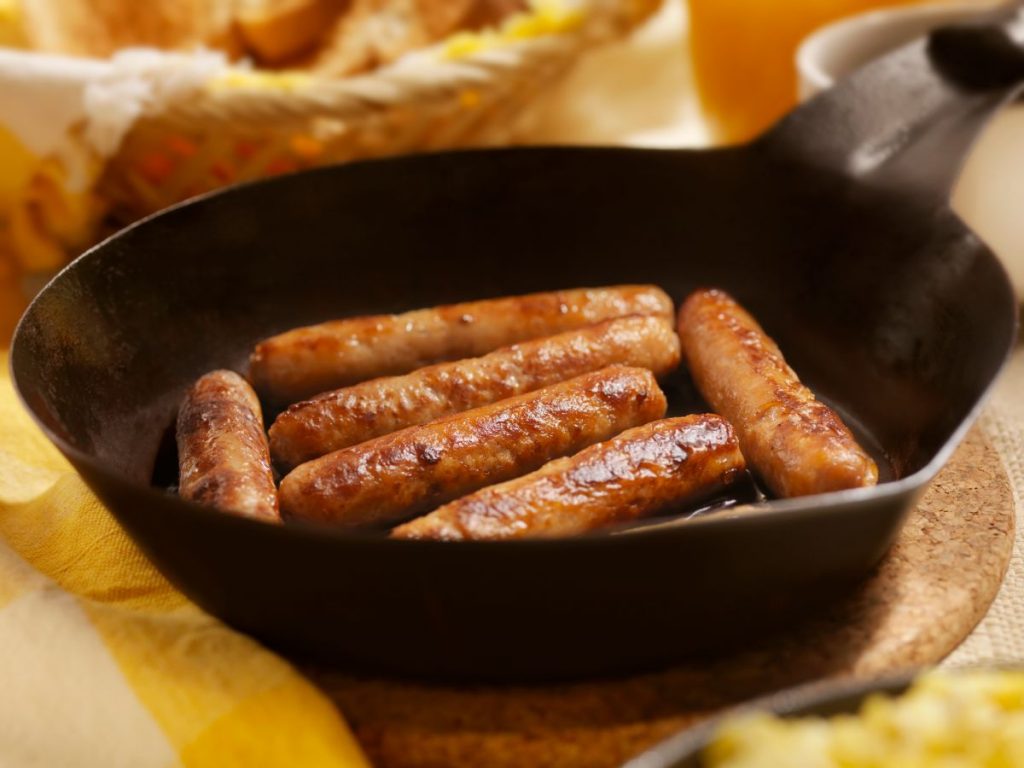 How often you use cast iron will affect how it is stored. The most preferable include leaving it on top of the stove or hung from a rack. These two methods reduce the risk of rust, especially in humid climates. Cast iron skillets can be stacked on each other and placed in a cabinet. You may want to place a liner under the bottom skillet and a paper towel between each layer to reduce moisture. 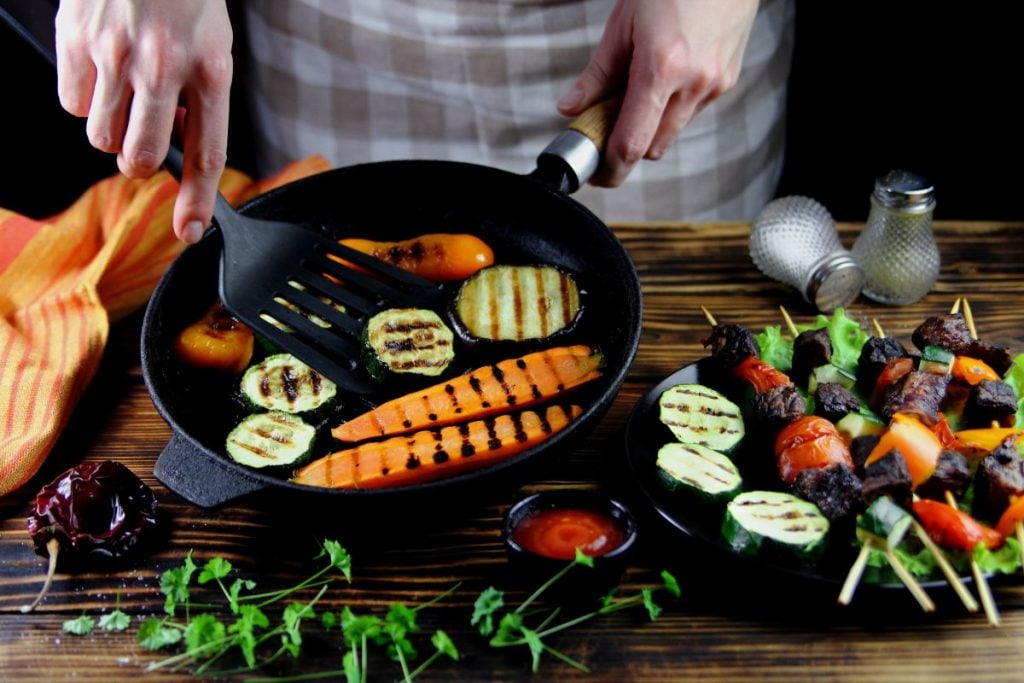 A simple test to determine if a pan needs to be re-seasoned is to place butter in the skillet, let it get hot and cook a fried egg for a few minutes. If the egg sticks, it is time to season the pan. Of course, rust or a dry, gray appearance are also signs that the pan should be seasoned. 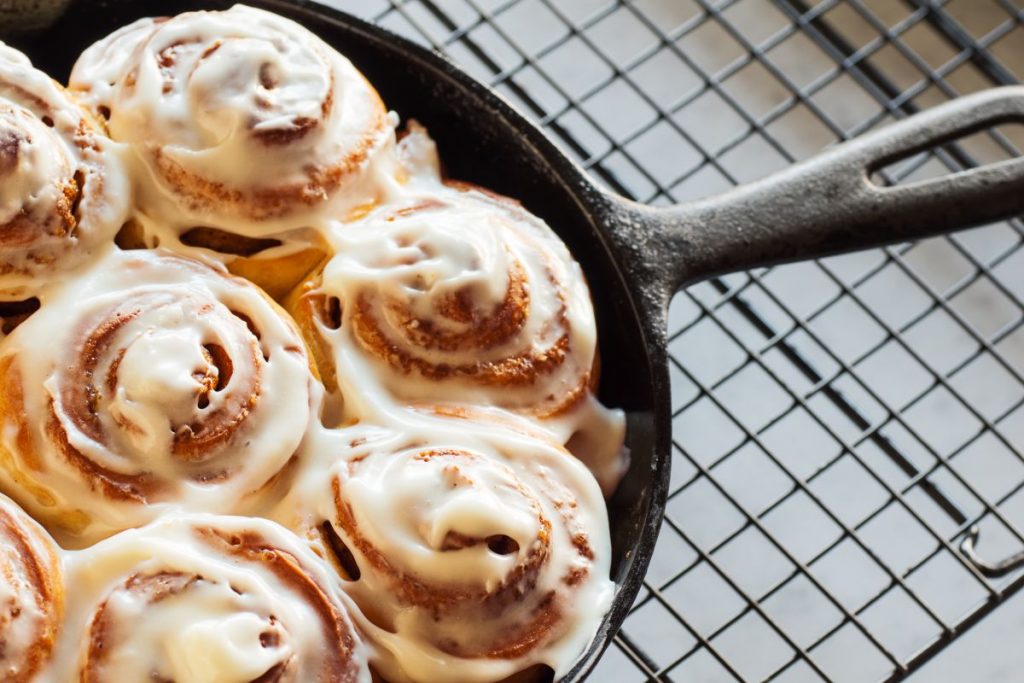 Cast iron works best when preheated and with the addition of oil or butter. You can use it to bake in, greasing it slightly just like a cake pan. Unlike non-stick surfaces, you can use metal or any type of spatula when cooking with cast iron. You can cook anything in cast iron, soup, stew, tomatoes, beef, chicken, and baked goods. Cast iron skillets conduct heat more evenly and retain it longer than thinner pans. Once you learn how to clean a cast iron skillet and properly care for it, it will last a lifetime. 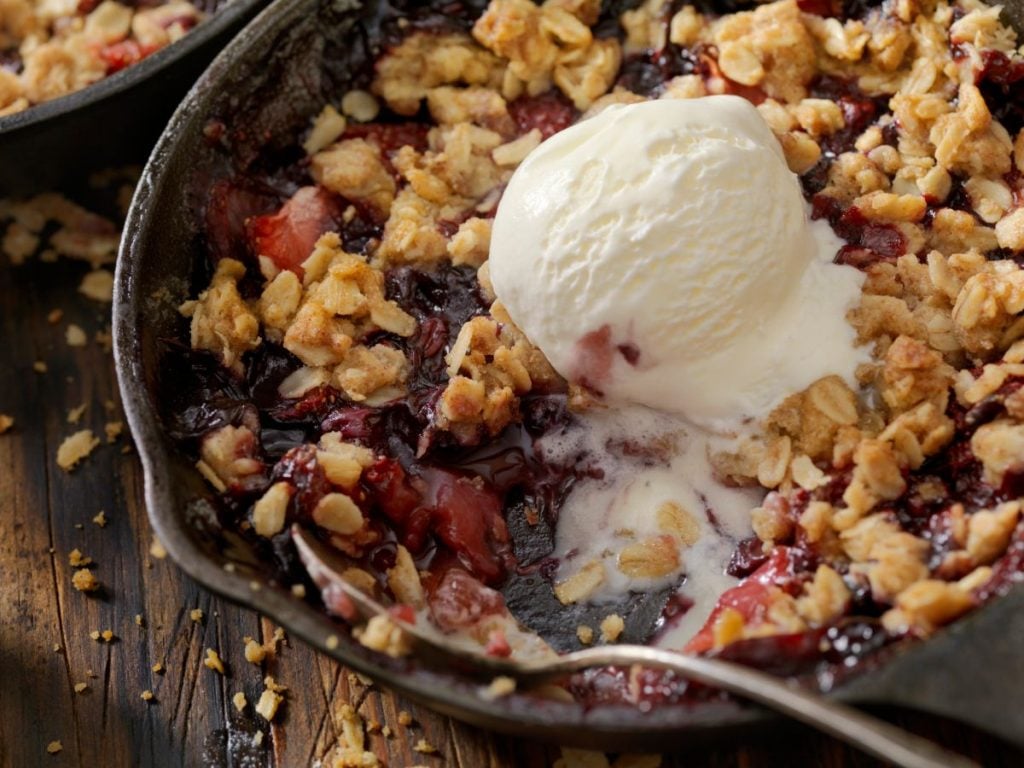