How Do I Get Rid of Poison Ivy?

Poison ivy is very hardy and grows in many different environments and climates. Eradicating poison ivy is challenging because it is very tenacious, and even light contact with skin triggers an adverse reaction. The best way to get rid of poison ivy depends on location and available materials.

Urushiol is the substance in poison ivy resin that causes rashes and other symptoms after contact. Every part of a poison ivy plant, including the leaves, flowers, berries, roots, and stem, contains urushiol. The resin is extremely sticky, so it clings to skin, clothing, and other surfaces. People can touch poison ivy and spread resin to cell phones, doorknobs, and even writing utensils or keys. 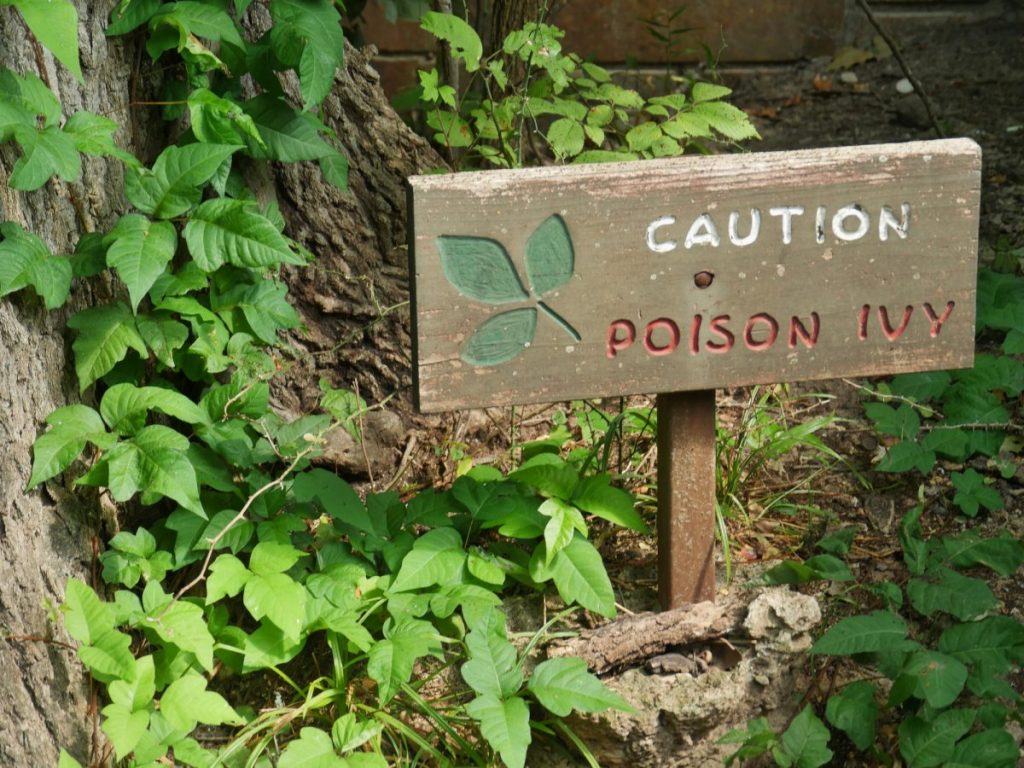 Poison ivy must be identified before it can be removed. It often grows in open fields, forests, beside roads, and on river banks. Poison ivy also grows in parks and backyards. The plant has trifoliate leaves, which means leaves grow in clusters of three. The middle leaf extends past the other two leaves. Leaves can have a smooth or toothed edge, and they may be shiny or dull. Poison ivy grows small buds and flowers during spring. The buds turn to white, gray, or greenish-yellow berries as summer begins. The plant has a green or red hue that turns yellow, orange, and gold during autumn. Poison ivy grows as a shrub or vines that climb trees or structures. 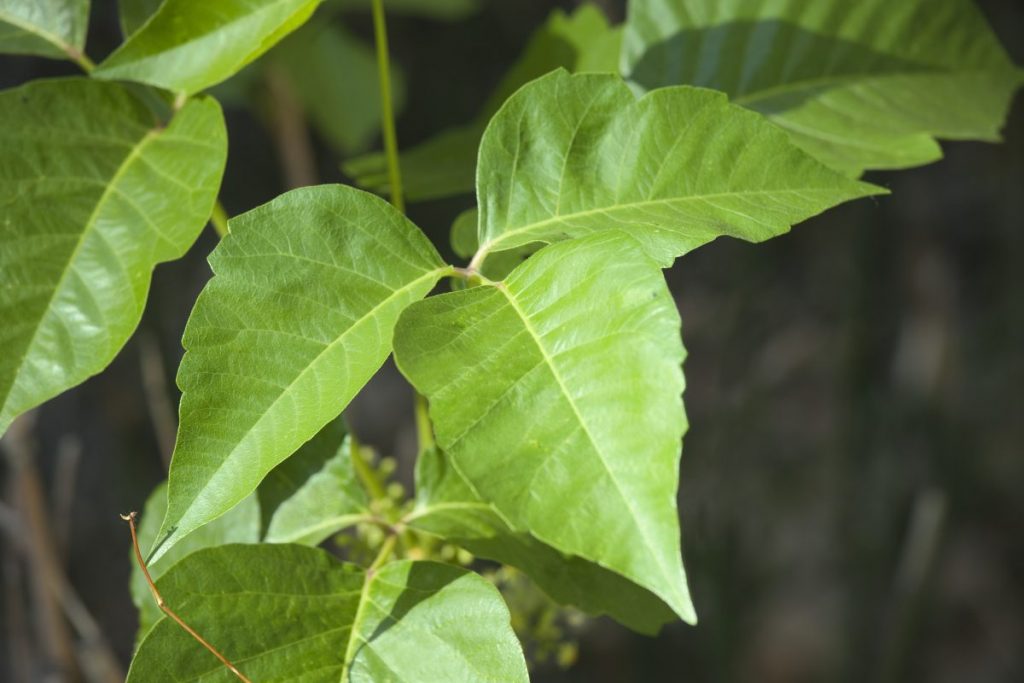 The smothering method works best on small areas. Place plastic tarps or cardboard over the entire growing area to block sunlight. Put something heavy on top of the plastic or cardboard. Leave the cover in place for 3-5 weeks. Sometimes the ivy grows along the ground underneath the covering. Check under the cover once a week to make sure the plants are dying. 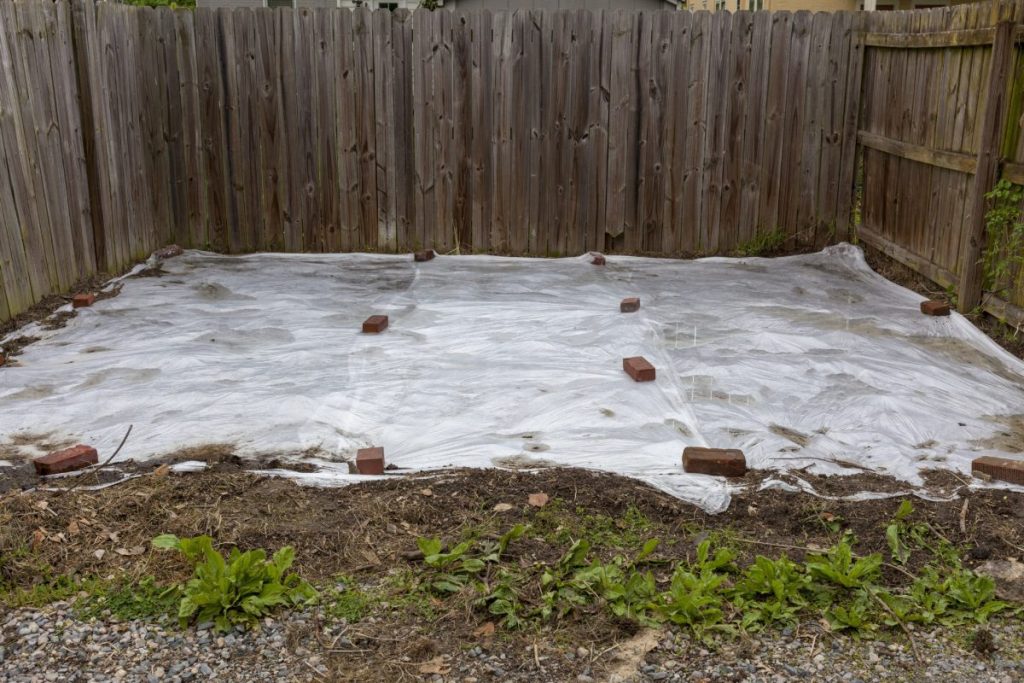 Pulling poison ivy out of the ground involves a lot of contact with the plant. Wear thick gloves, and check them for holes. Wear pants and a long-sleeved shirt. Use duct tape to secure pant legs around socks, and do the same with sleeves and gloves. Tear vines down before pulling the plants. Pull the plants up slowly, and dig approximately 8 inches into the soil to remove roots. 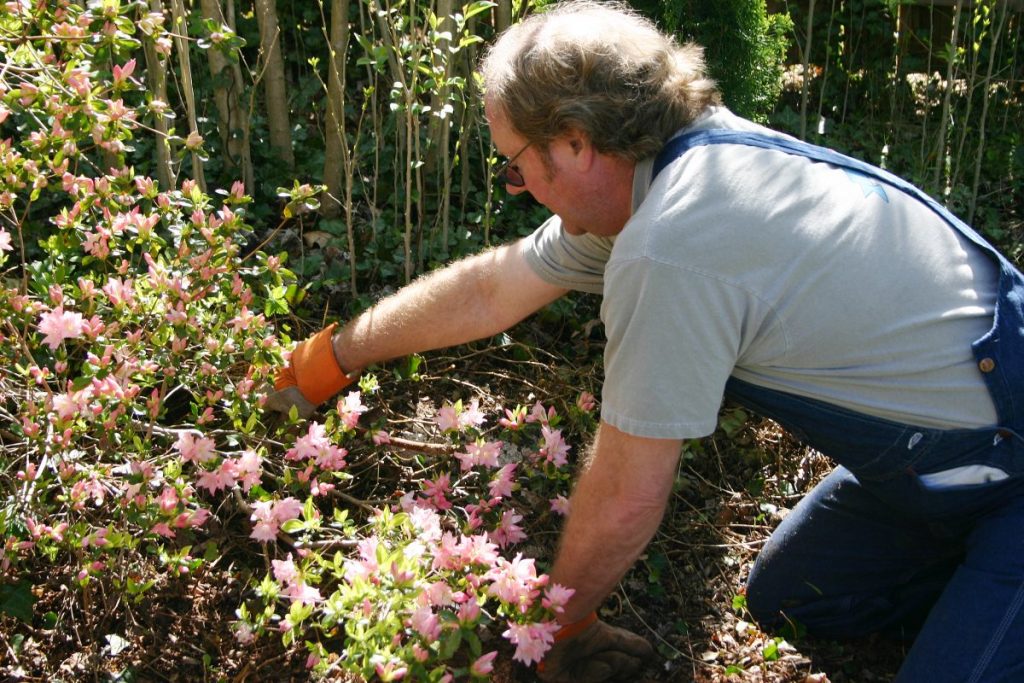 Homemade weed killers get rid of poison ivy with repeated applications. Add 1-cup of salt, 2-tablespoons of lemon juice, and 1-teaspoon of liquid dish soap to a gallon of white vinegar. Pour the vinegar mixture into a spray bottle, and shake the bottle vigorously to dissolve the salt. Wear gloves, pants, and a long-sleeved shirt while spraying poison ivy plants. Wear goggles or safety glasses to keep the solution or poison ivy resin away from the eyes. Spray the poison ivy plant thoroughly. Try to coat every leaf and stem. Pour some of the solution on the ground around the plant to kill roots. 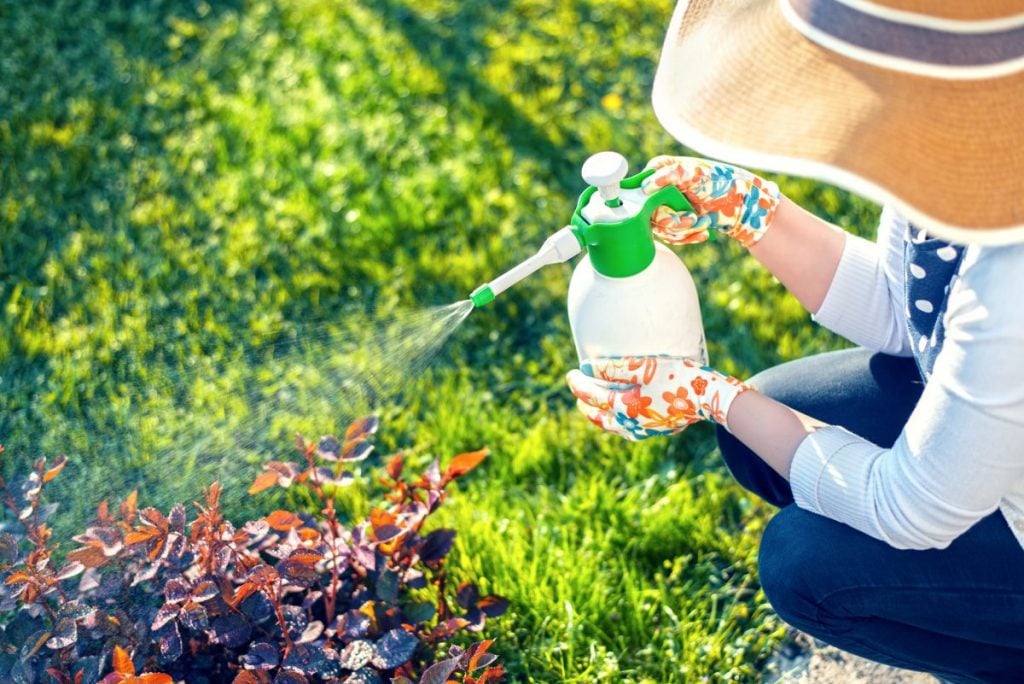 Boiling water is a simple, inexpensive removal method. Boil large pots of water, and carefully pour it over poison ivy plants. Dump more boiling water on the ground to kill roots. Some people add bleach to water instead of boiling it. Both methods work, but they have drawbacks. Poison ivy vines must be pulled down to ground level before using boiling water. Boiling water and bleach kill all vegetation in the area, so an application must be carefully targeted to the poison ivy. Do not stand above poison ivy while pouring boiling water because the hot steam contains resin. 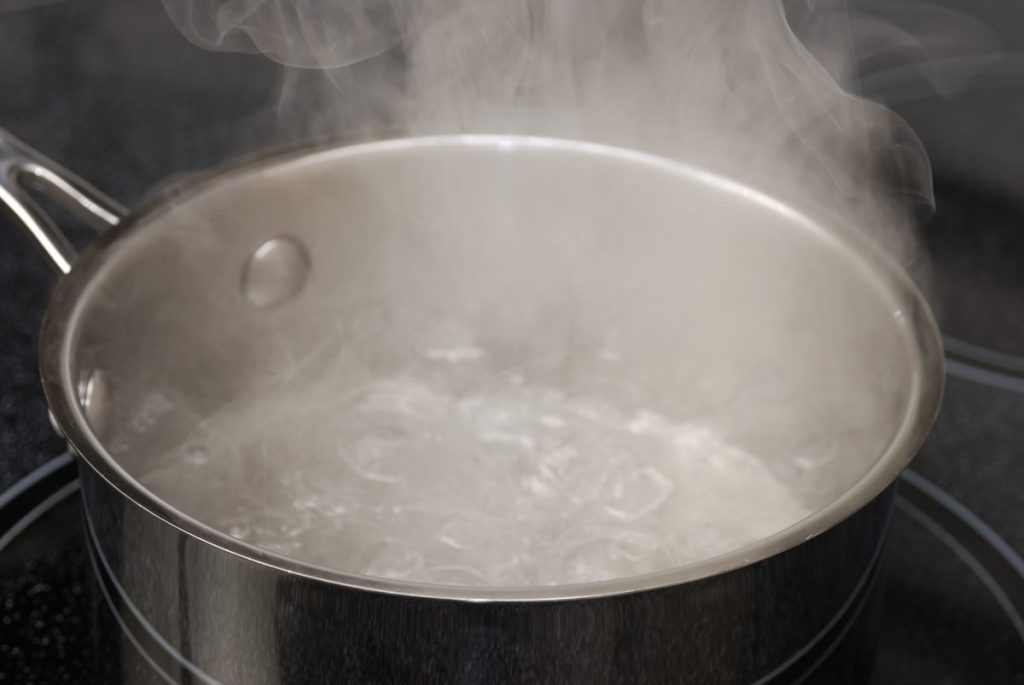 Poison ivy resin sticks to clothing, gloves, and tools. Leave gloves on to remove other clothing. Remove gloves by rolling them up and pulling them off without touching the outer surface. Wash clothing and gloves in hot water with lots of detergent. Soak tools in a basin of hot soapy water for 20 minutes. Drain the water, and scrub tools with fresh hot water and soap. 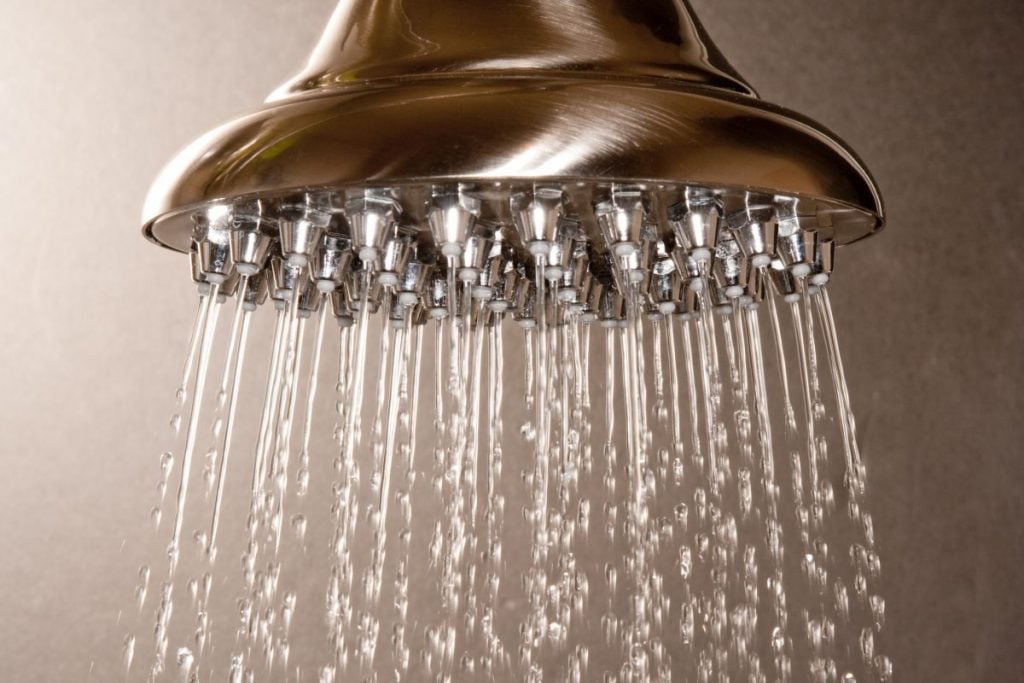 Burning poison ivy releases oily resin into the air. People that inhale the smoke can develop respiratory problems because the resin triggers a rash and blisters in the respiratory system. Symptoms range from pain and a mild cough to difficulty breathing and hospitalization. The smoke can carry resin into the eyes as well. Burning poison ivy does not kill the roots, so plants may grow back anyway. 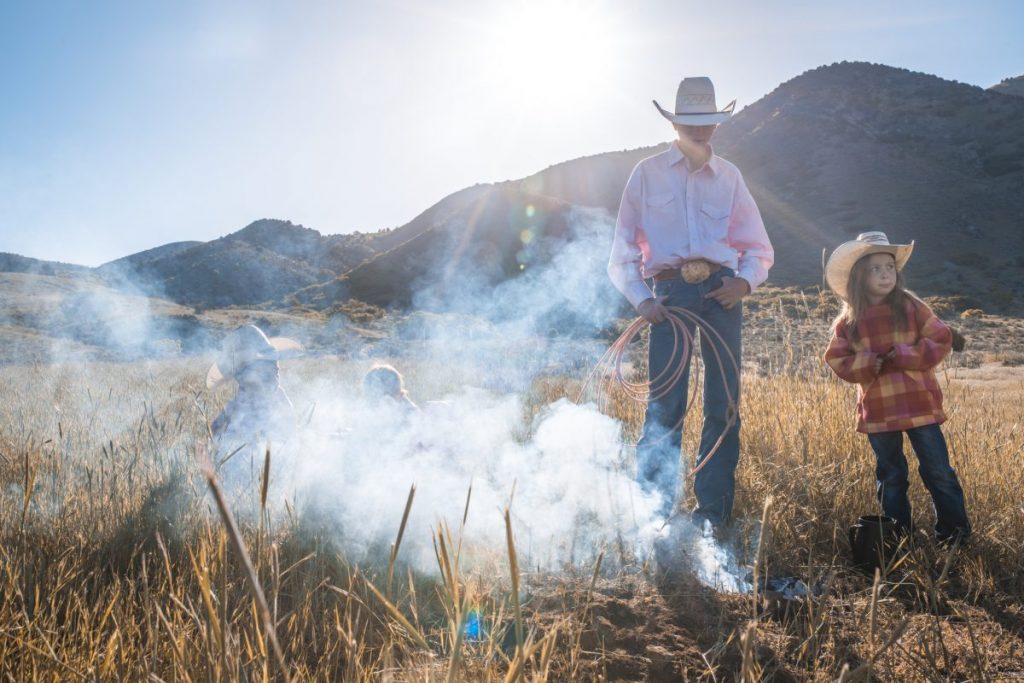 Dead poison ivy plants must be disposed of after removal. Do not burn dead plants or roots because it has the same effects as burning live poison ivy. Resin and urushiol remain after the plant dries out or starts decomposing. Place dead poison ivy leaves, stems, vines, and roots in a plastic garbage bag. Tie the bag shut, and seal it inside a second garbage bag. Dispose of the bags in the same manner as other household trash. Do not compost poison ivy because it spreads urushiol throughout the compost material, and poison ivy could sprout anywhere compost is used as fertilizer. 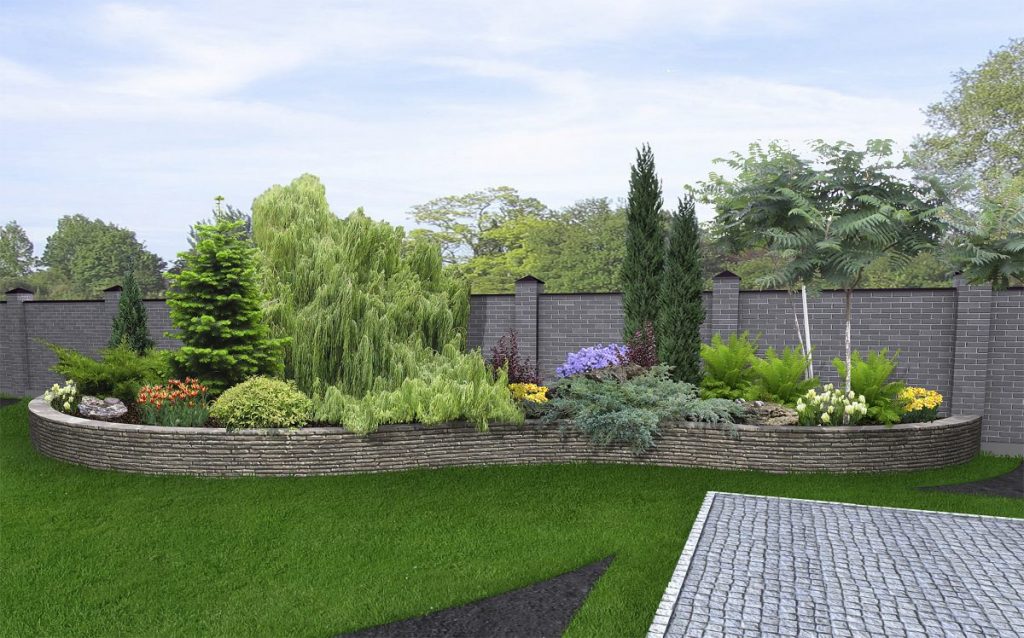 Wash affected skin with soap and water after contact with poison ivy, and take a full shower after handling the plan. Rubbing alcohol may prevent a reaction if it is poured over skin immediately after contact. Baking soda is a popular home remedy to prevent rashes too. Mix baking soda with water to form a thick paste, and apply the paste to affected skin.

Interestingly, some people are not allergic to urushiol. They can handle poison ivy without an adverse reaction. These people can still spread oily resin from their hands and clothing to other surfaces. They should wash thoroughly and launder clothing to avoid spreading resin to others. 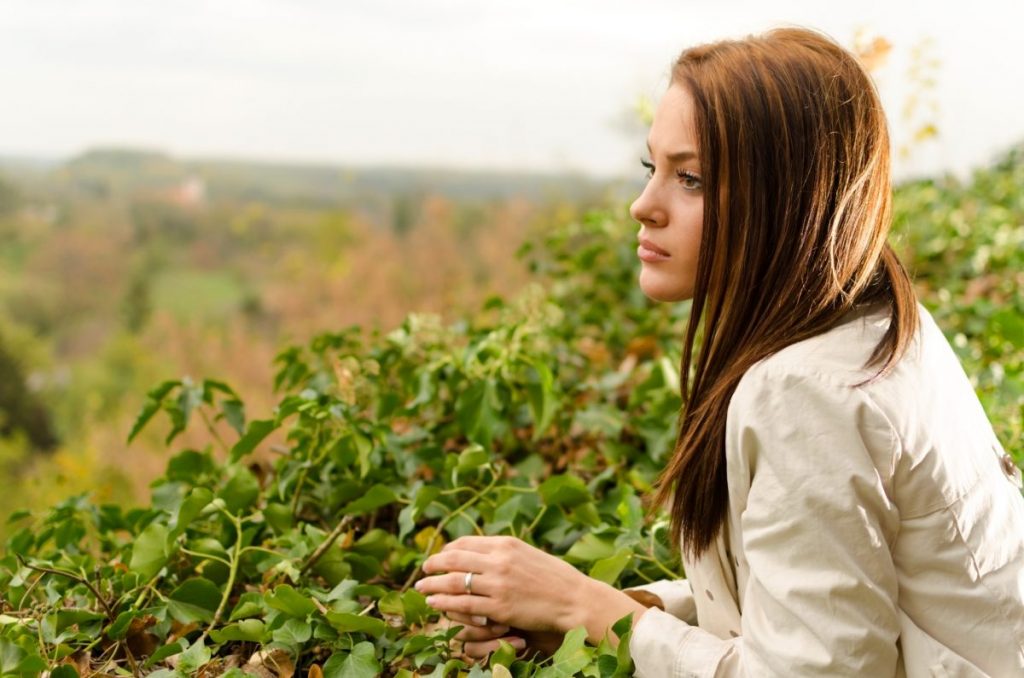