Brownies are a decadent treat that both kids and adults love. Whether you grew up making them or just started baking as an adult, brownies are a fun way to try out new flavors.

The classic fudge brownie is a definite fan favorite, but why stick to the same boring old recipe when there are so many out there to try? From classic combinations like peanut butter and chocolate to more experimental blondies, these brownie recipes are sure to delight and inspire.

Why settle for regular fudge brownies when you can have three times the chocolate? These brownies are super creamy and certainly not for the faint of heart. Chocolate chunks are added to a classic chocolate brownie recipe before rich chocolate ganache is slathered on top.

One batch of these goes a long way, and the chocolatey treat is perfect with a cup of tea or coffee. Serve these to your friends or family after a meal, and you’ll be the star of the show! 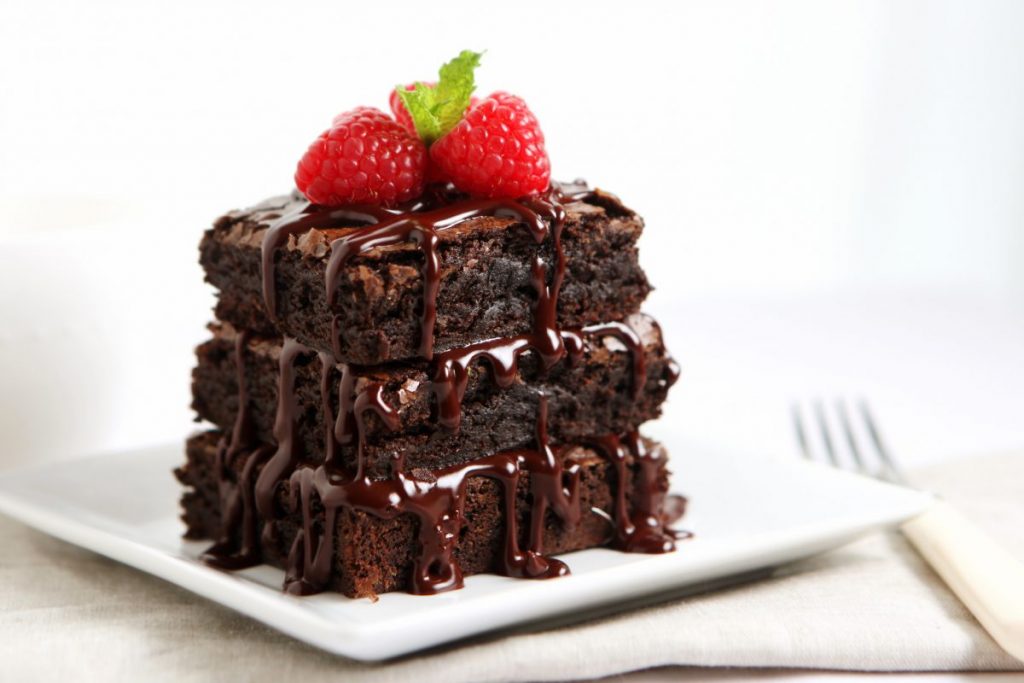 Cookies and cream are a classic flavor combination, and that flavor translates perfectly to brownies! For this recipe, you can alter your favorite chocolate brownie recipe or even used a boxed brownie mix!

To make these brownies, prepare brownie batter and pour half into a greased baking sheet. Put down a layer of whole Oreo cookies and pour the rest of the batter on top. Top with broken Oreo pieces and bake! 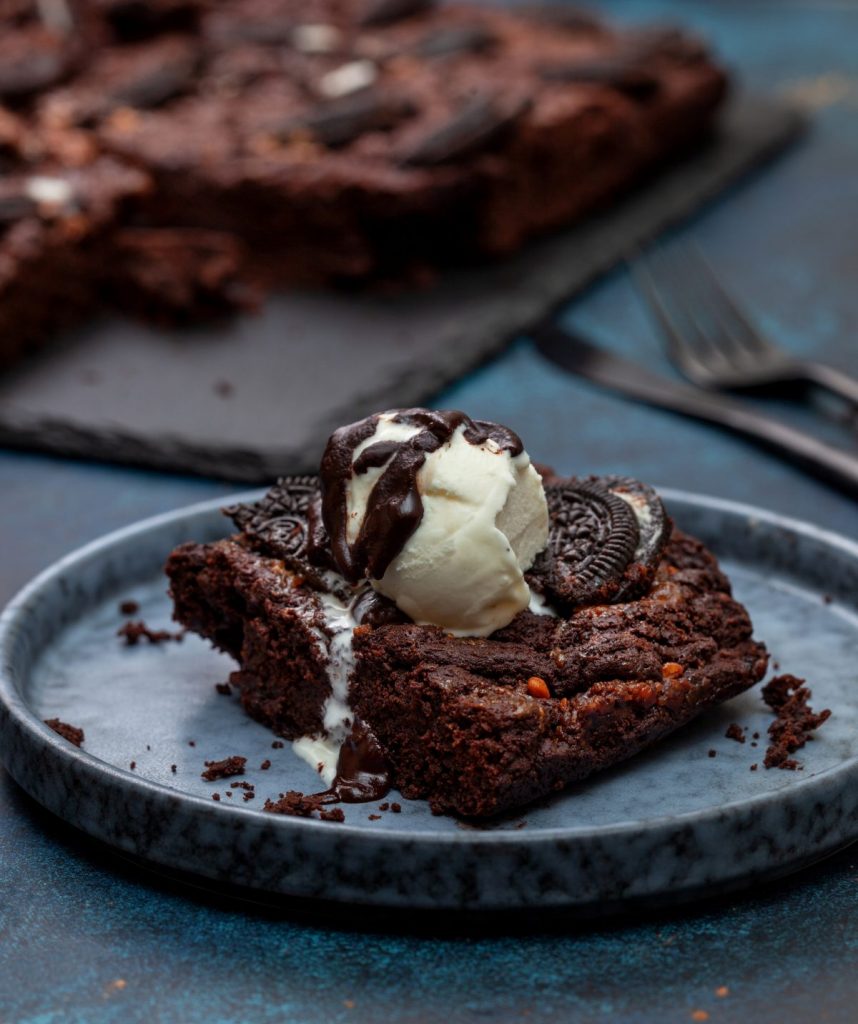 S’mores and brownies are two classic American treats, so why not combine them into one amazing dessert? These brownies are sure to please the whole family, and they’re perfect for any time of year.

To make these brownies, line a greased baking dish with graham crackers. Spoon your favorite brownie recipe mix on top of the graham crackers and bake. Take the brownies out about 8 minutes before they’re done and add a layer of marshmallows on top. Bake for eight more minutes. Try not to devour these all in one sitting! 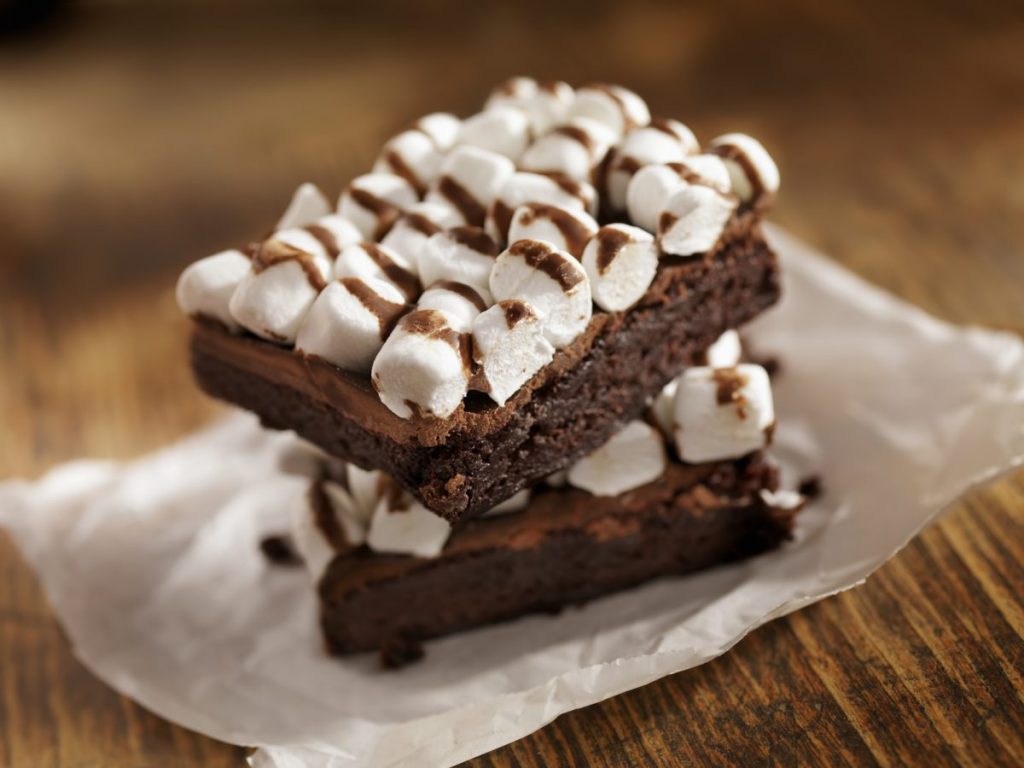 If a peppermint patty were a brownie, this would be it. Creamy mint frosting is spread over chocolate brownies before being covered in a rich chocolate ganache. These are perfect for the holidays, and when kept in the fridge, they are dense, moist, and rich.

To make these, simply follow your favorite fudge brownie recipe. Once the brownies are baked, whip together butter, confectioner’s sugar, mint extract and green food dye in a bowl. Spread the mint icing over the brownies once they’ve cooled and store them in the fridge while you make the ganache.

For the minty ganache, simply melt together mint chocolate chips with heavy cream until thick and glossy. Pour the ganache over brownies and store in the fridge for 1 hour before serving. 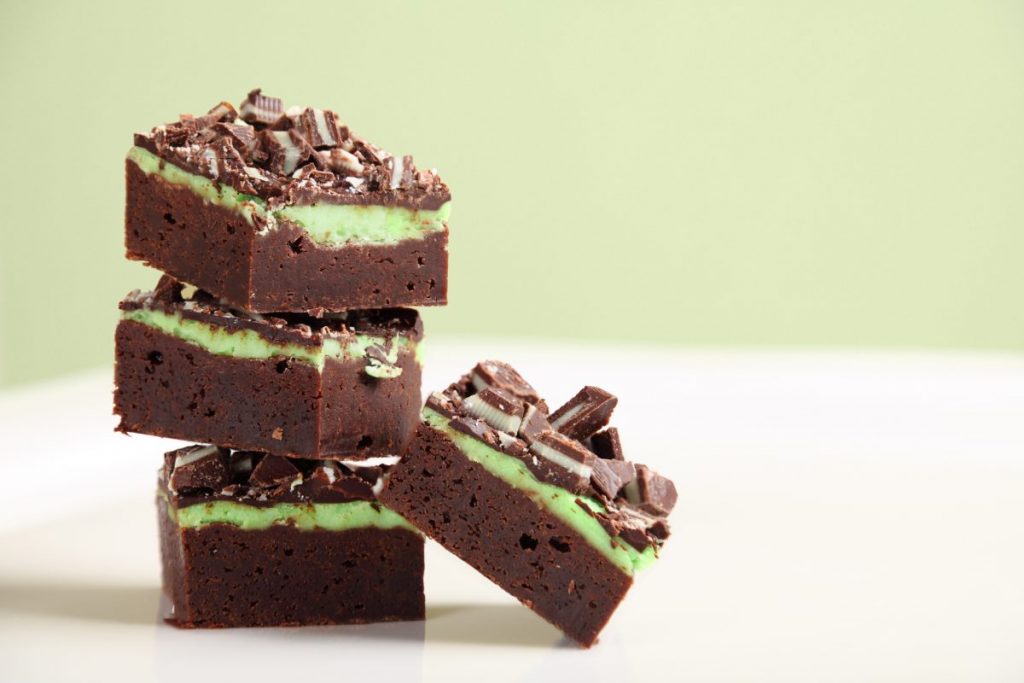 If you’re looking for an easy way to up your brownie game, these candy bar brownies are the way to go. To make this decadent treat add coarsely chopped candy bars to your favorite brownie mix.

These are especially fun to make with kids because you can let them choose their favorite candy bar to add to the mixture! Once the brownies are baked, have fun decorating them with extra candy and icing. 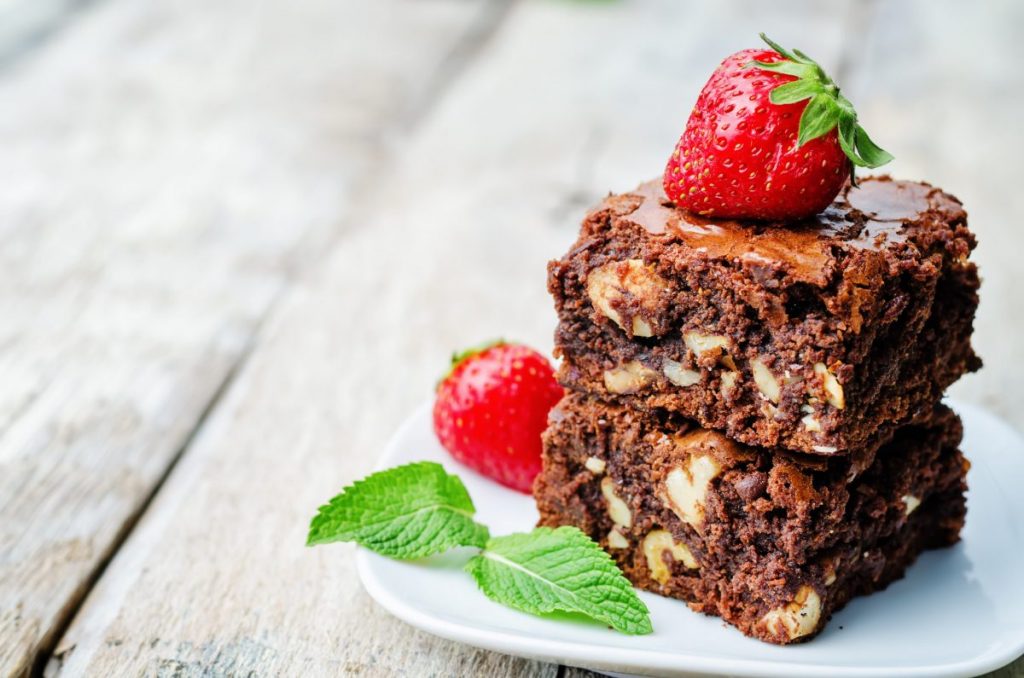 White chocolate and rainbow sprinkles really set these blondies apart. Not only do they look amazing when they come out of the oven, but they’re delicious too! Chewy, dense, and rich. What’s not to like?

To make these blondies, follow your favorite blondie recipe and add one extra teaspoon of vanilla extract, chopped white chocolate, and sprinkles. Once baked, drizzle the bars with melted white chocolate and enjoy! 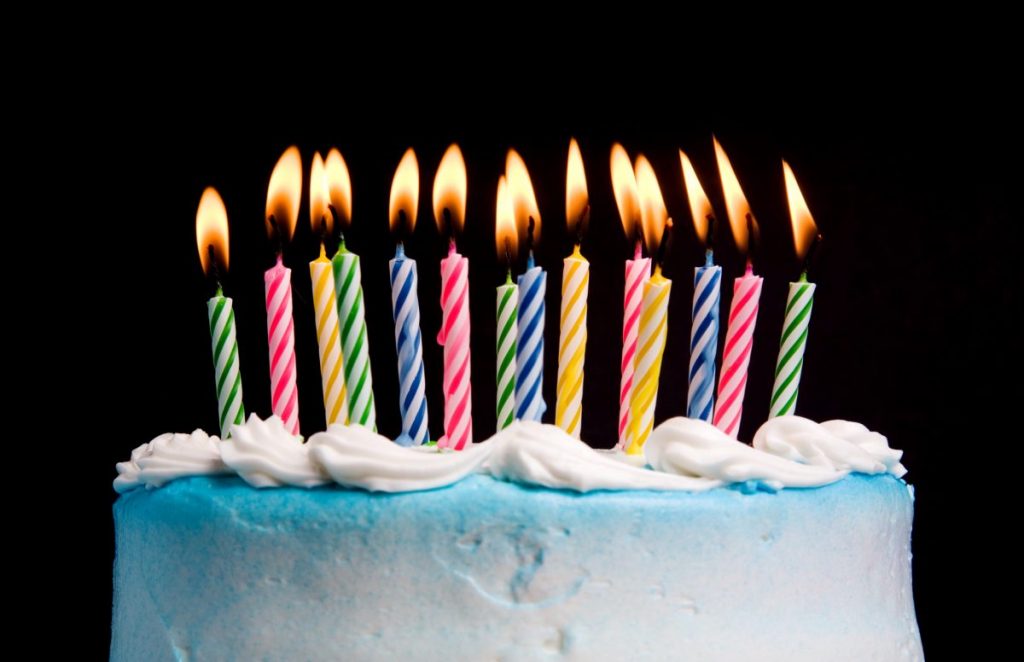 Peanut butter and chocolate is a combination that everyone loves! These chocolate brownies are topped with a creamy peanut butter icing before being covered in a velvety ganache.

Follow any fluffy cake brownie recipe and top with a peanut butter buttercream icing. For even more peanut buttery goodness, add half a cup of Reese’s chips to the brownie mix before baking. 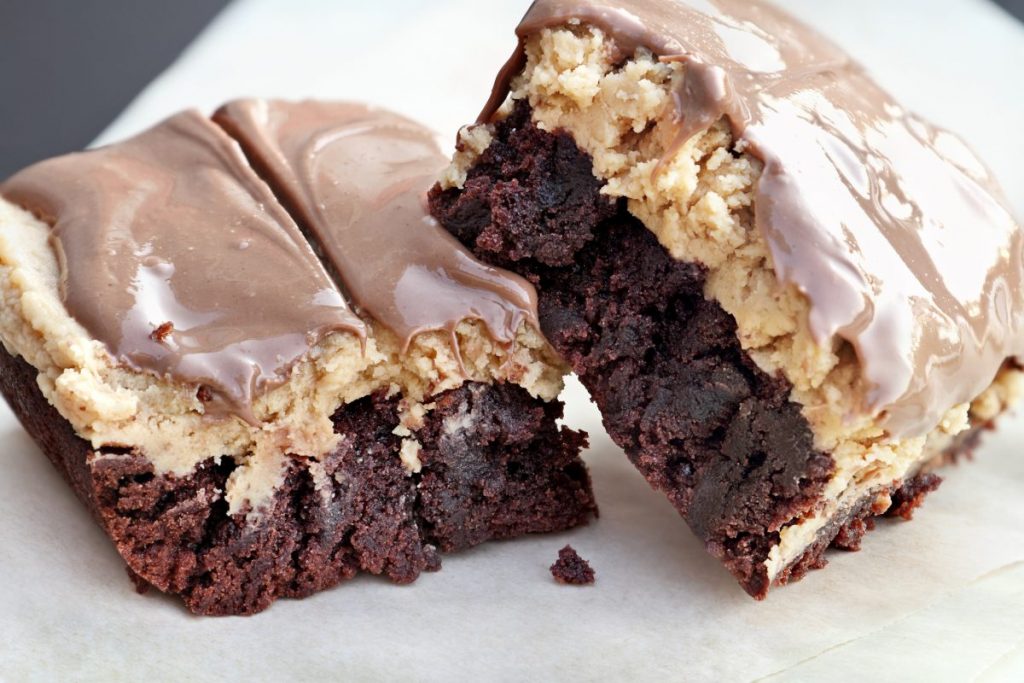 Getting bored of the same old recipe? Mix these up by swapping the chocolate and macadamia for caramel chips and pecans or dried cherries and almonds! 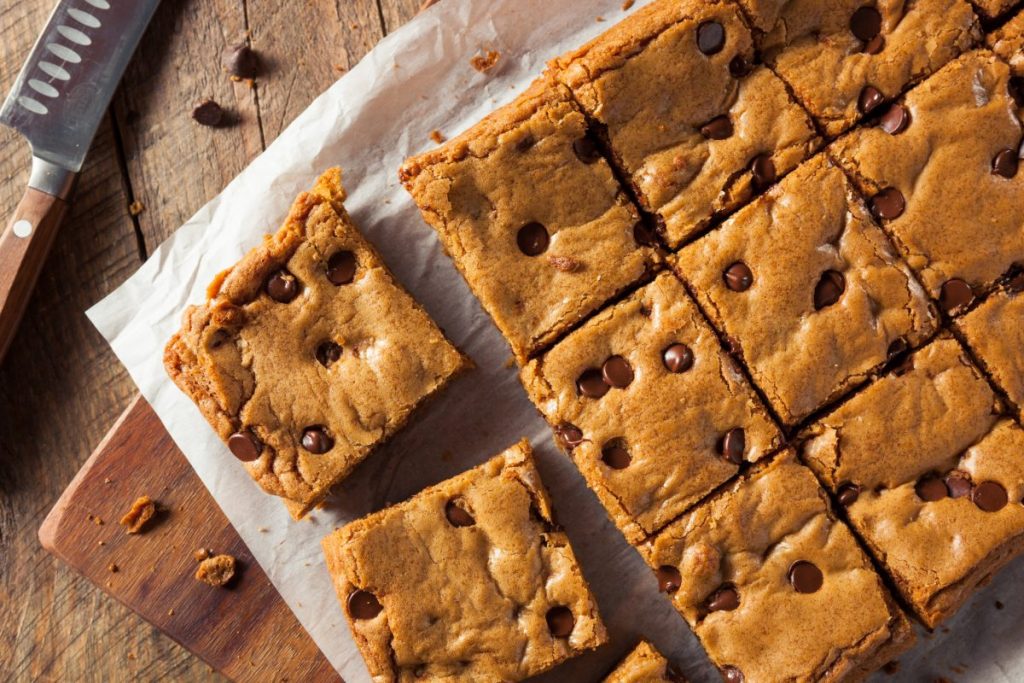 When fall rolls around, it’s time for pumpkin spice everything! Luckily, these cheesecake blondies will satisfy even your strongest pumpkin cravings. Add pumpkin puree, pumpkin spice, cinnamon, and nutmeg to your favorite blondie recipe. In a separate bowl, make the cheesecake mix by combining cream cheese, sugar, and cinnamon until smooth.

Pour the blondie batter into a greased baking dish before topping with the cheesecake mix. Use a butter knife to swirl the cheesecake into the blondie mix to create a marble effect. Bake at 350 degrees for 25 minutes, cool completely, and slice into bars! 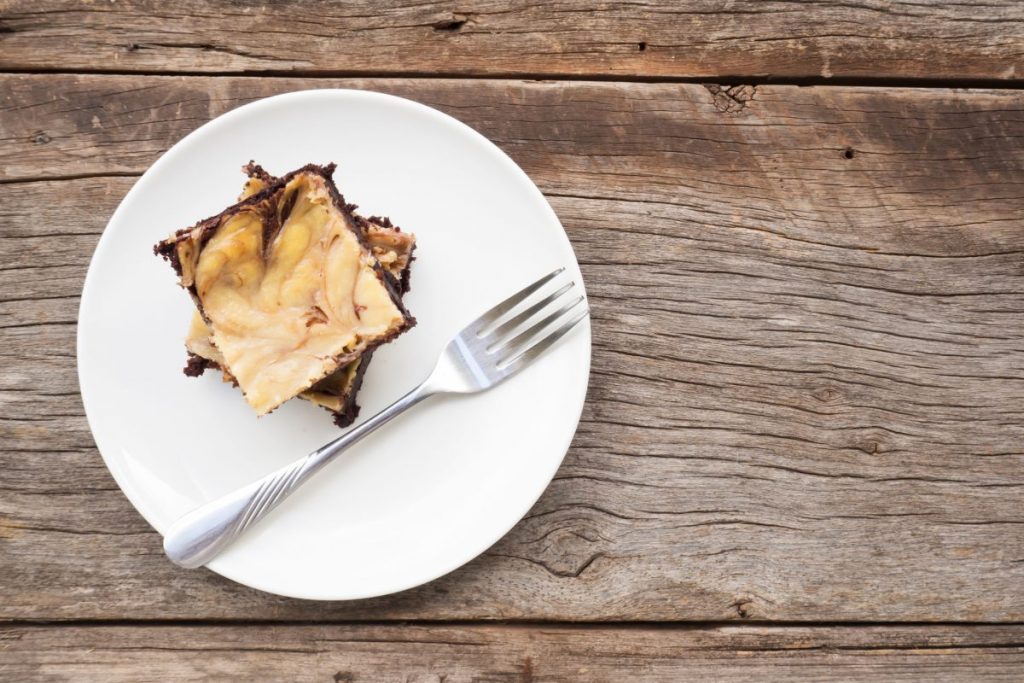 Chocolate cake brownies are covered in a light and fluffy coffee icing and topped with a rich chocolate ganache. To make these, bake chocolate brownies and allow them to cool completely.

Whip together heavy cream, instant coffee, sugar, and butter to make the fluffy filling. Spread the icing over the brownies and top with ganache made from melted chocolate and heavy cream. Make sure you stir the ganache often while it’s melting so that it has a nice shine to it! 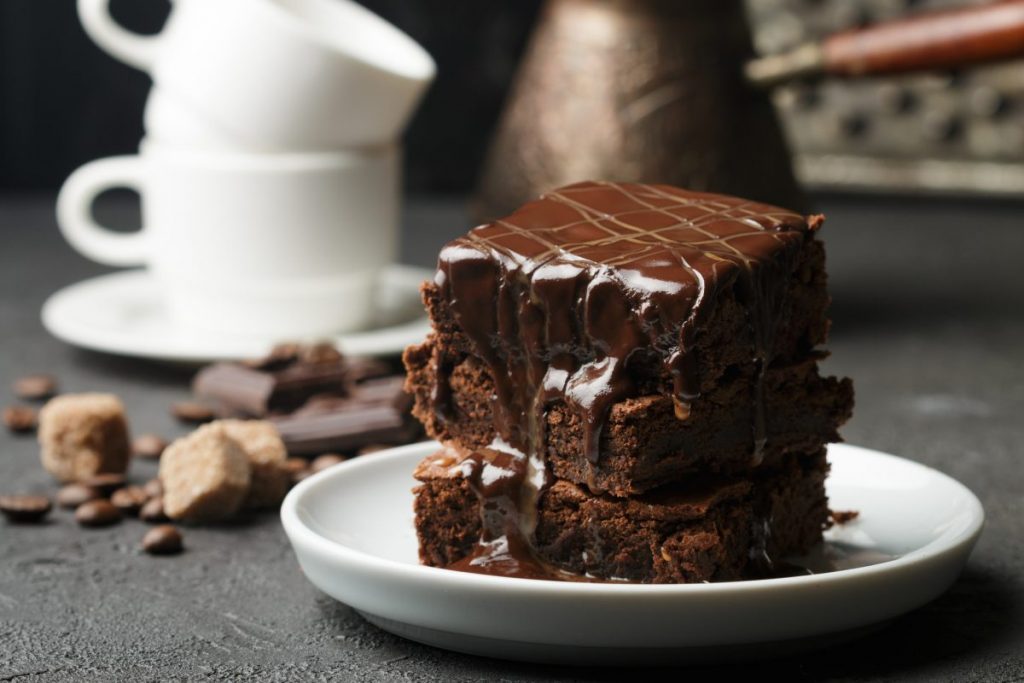