When you’re expecting, one of the most exciting parts is discovering the gender of your baby. Of course, you want to involve all your friends and family in the discovery. Make the most of it, whether that’s making a mess with paint and confetti or keeping it subtle with some cake. There are a million ways to reveal your baby’s gender, so do what feels most authentic to you. This is your family’s moment, so own it!

While some might think it’s a bit cliche, one of the classic ways to reveal a gender is to use a piñata or a massive balloon. Doctors often give you the option for a sealed envelope that holds the baby’s gender. If you take this letter to most major party stores, they can set you up with a pinata or gigantic balloon that will keep the gender hidden, even from you. At your party, simply build up to the reveal and smash the piñata, releasing pink or blue candy, confetti, or balloons. 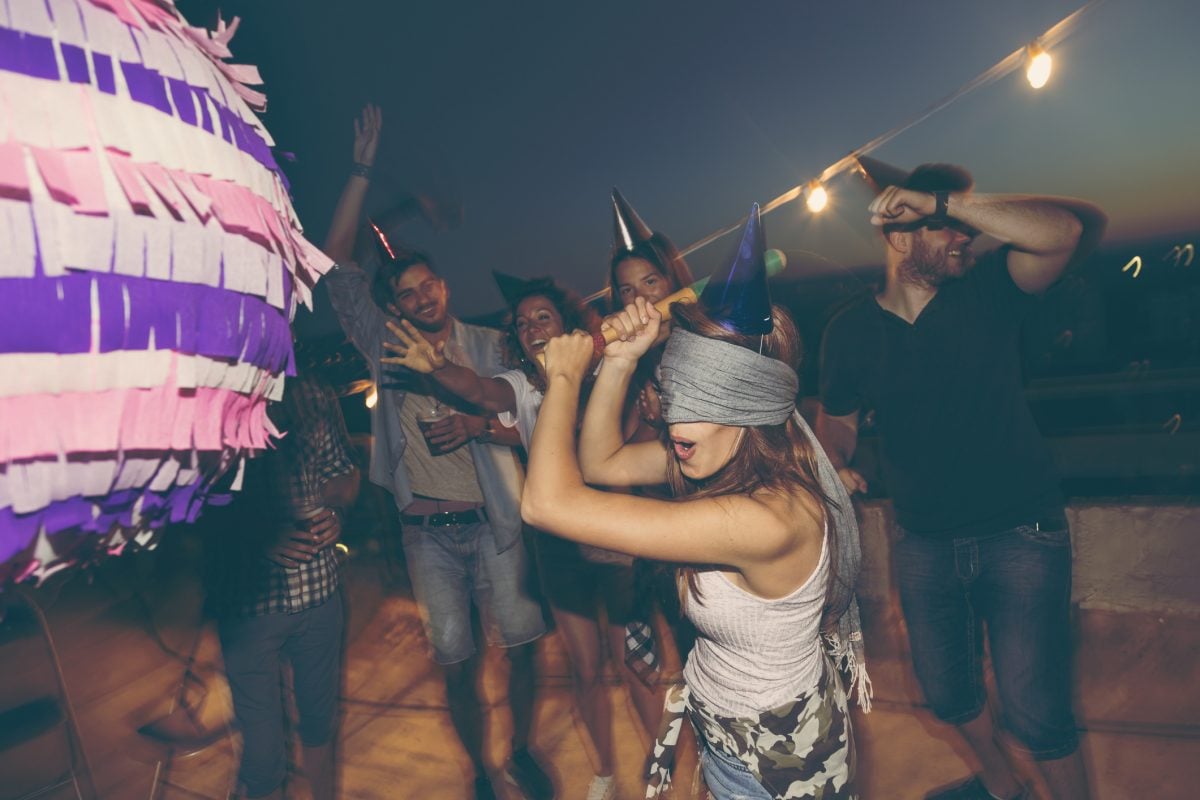 Sometimes, subtlety is best. Not every gender reveal party needs to be a massive showcase of confetti and balloons. If you prefer a quieter, sweeter approach, simply order a cake or make one yourself. When you cut into the cake to serve it, it may have a colored interior, a secret cache of candy, or a gooey center that reveals the gender. To make a game of it, you can make one cupcake for each of your guests, but only one has a reveal. 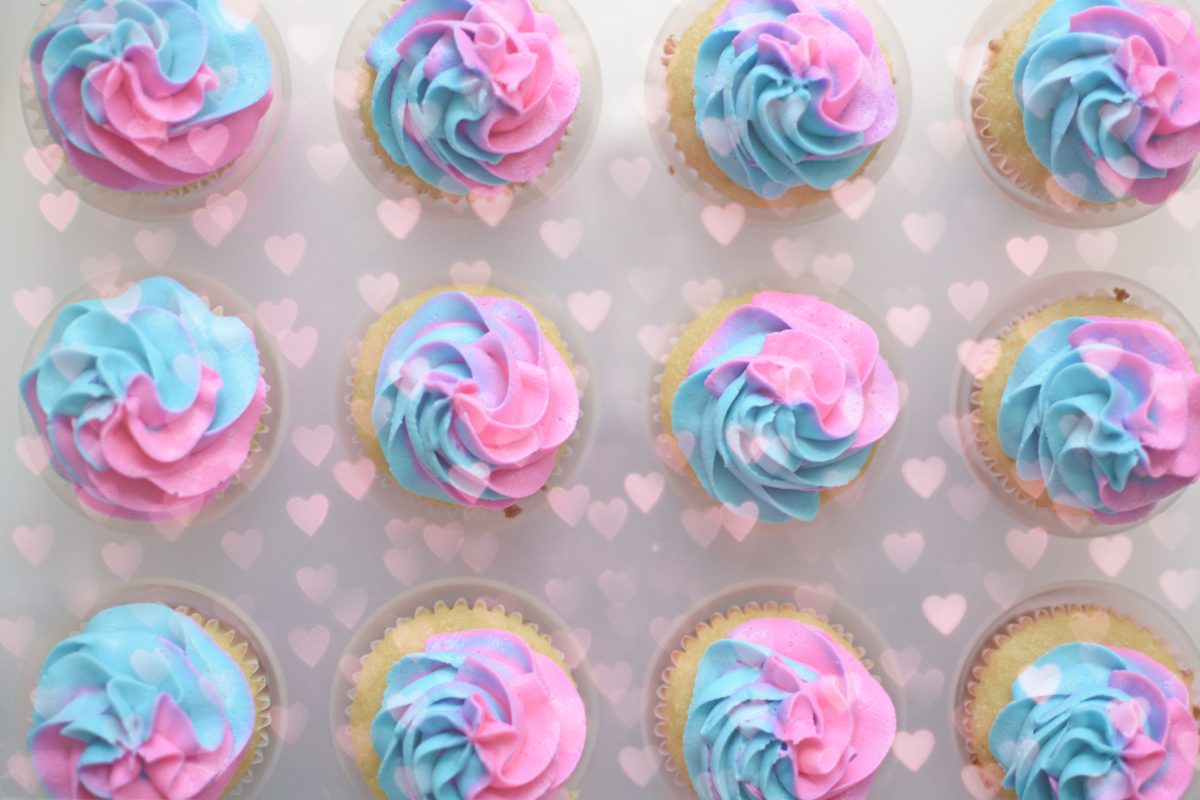 Something for sports fans

Regardless of where your interests lie or what your hobbies are, there are unique gender reveal options for you. For example, sports fans and athletes can pick up custom reveal balls for basically any sport. Then the moment you strike the football, baseball, or whatever you chose, they explode in a beautiful cloud and reveal your child’s gender. For a bit of extra fun and additional shock value, you can have someone break it without telling them it’s a trick for the reveal. 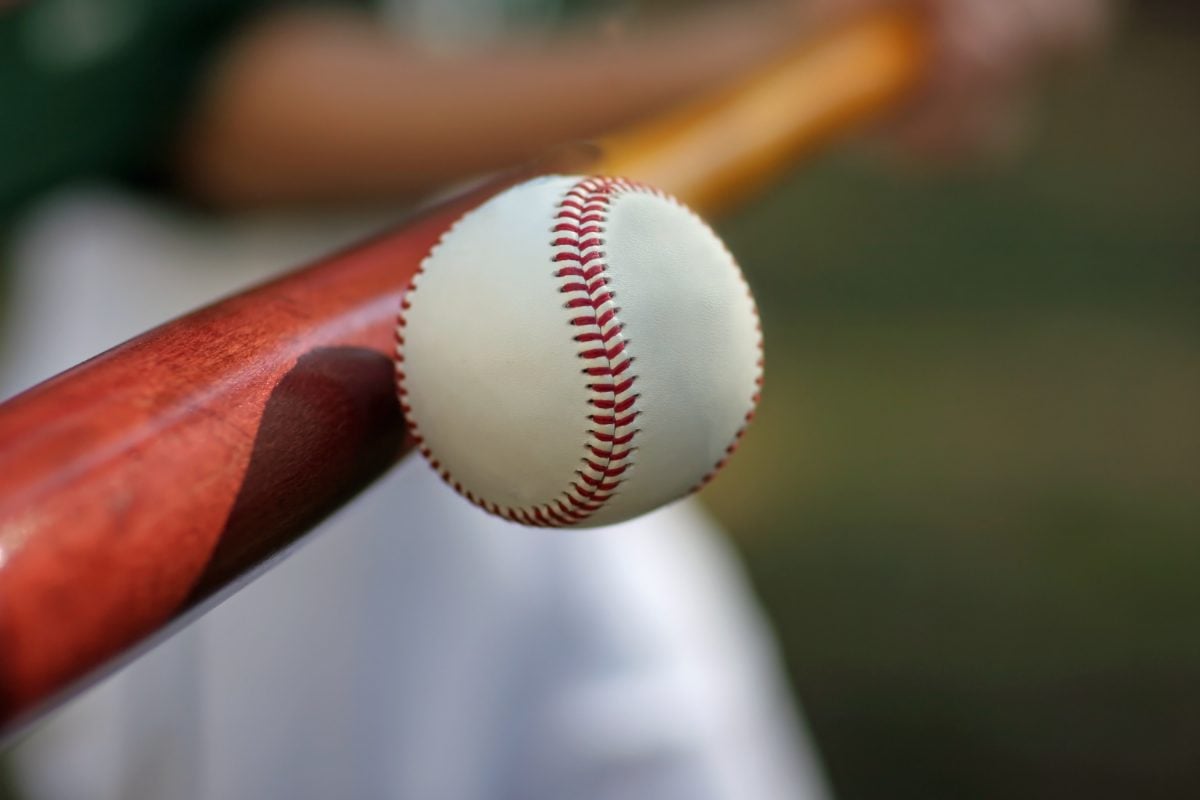 Getting silly with string

Some people think that gender reveal parties are boring because there’s no element of participation. If you want to get your guests involved, have them show up in some clothes they don’t mind getting dirty. Purchase a bunch of silly string and remove the caps to keep the color a secret. When it’s time for the reveal, have everyone spray the string all over the place and the color of the string will act as the reveal. 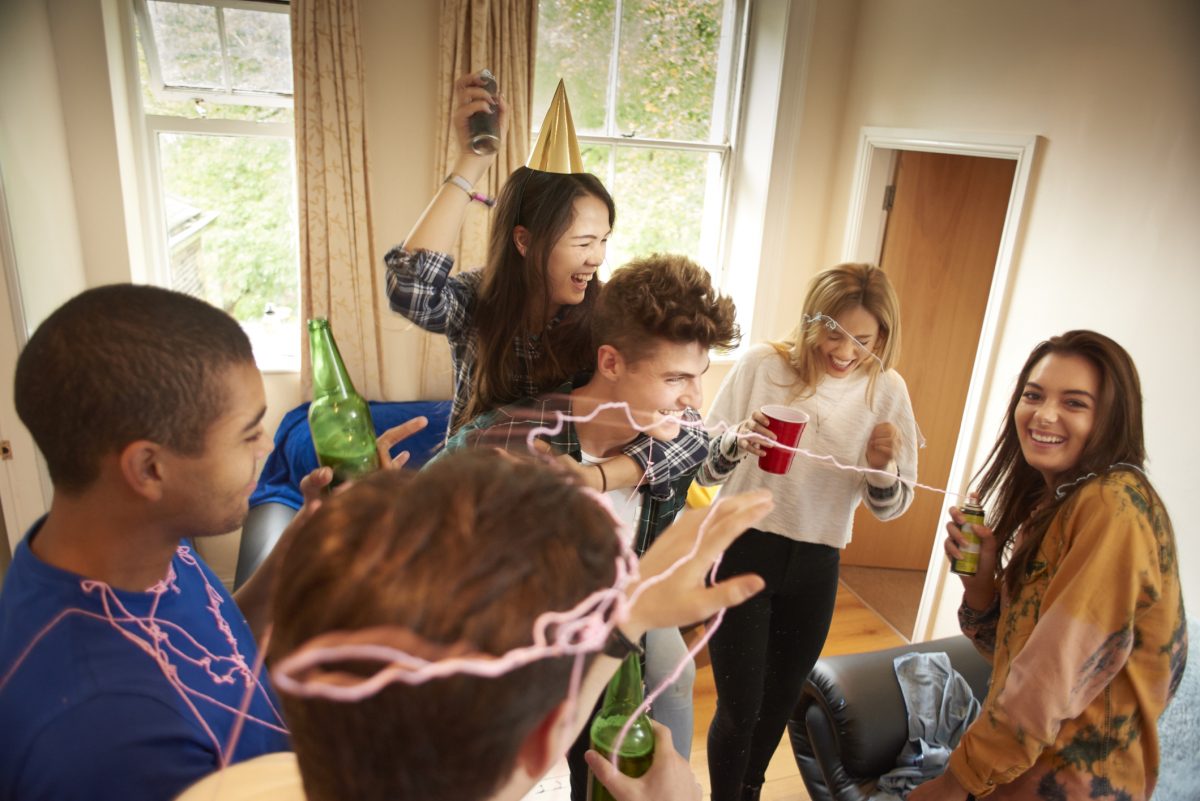 Fun in the sun

If you’re having your gender reveal party during the hotter parts of the year, make the most of the weather! Have all your guests show up in white shirts that they don’t mind getting messy. Fill up some water balloons or guns with jello or dyed water and have a massive water fight. As everyone gets splashed, the water will dye the shirts, revealing your baby’s gender. 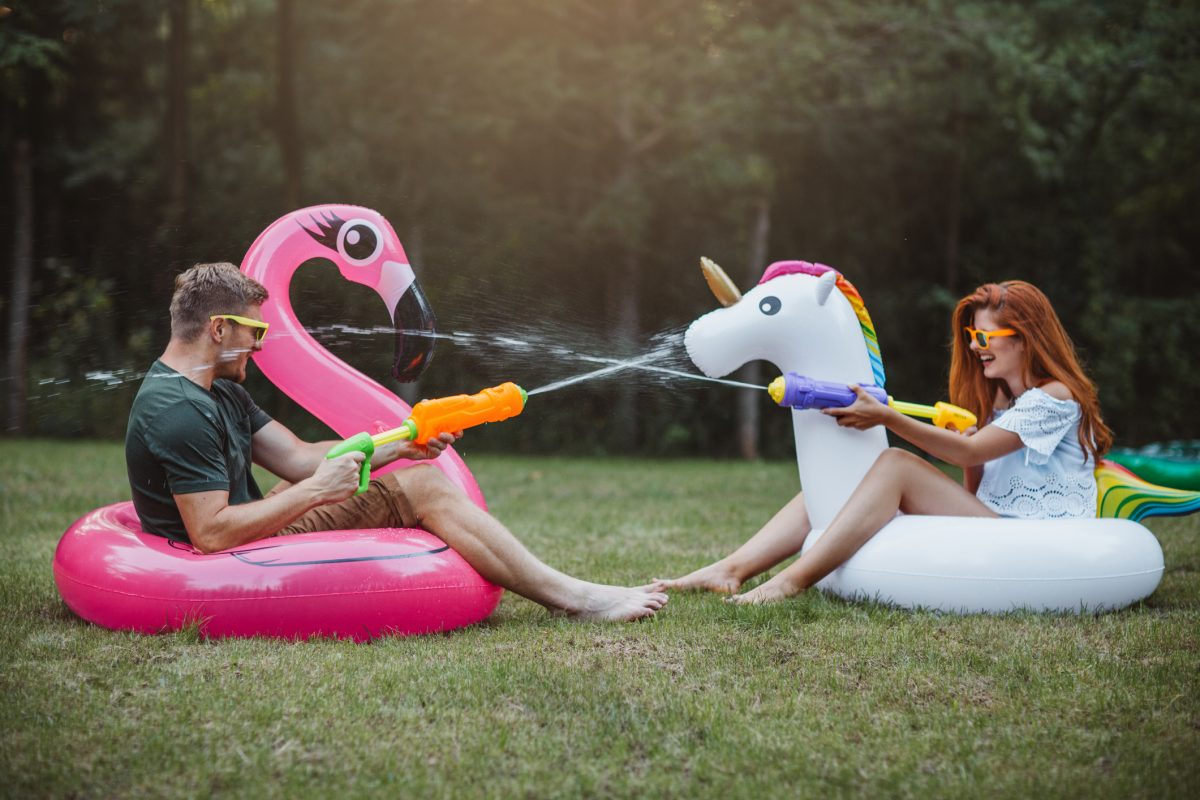 Get your geek on

It’s been official for years now, but nerd culture is mainstream. Embrace your interests and center your reveal party around a theme. Harry Potter fans can fill a Sorting Hat with confetti or balloons and place it on one of the parent’s heads. Rather than sorting you into a house, it’ll reveal your child’s gender as you lift it. Star Wars fans have the option of giving everyone lightsabers to light up for the reveal. For a Game of Thrones-style party, fill a fake dragon egg with paint, confetti, or balloons. Break it open to “hatch” your reveal. 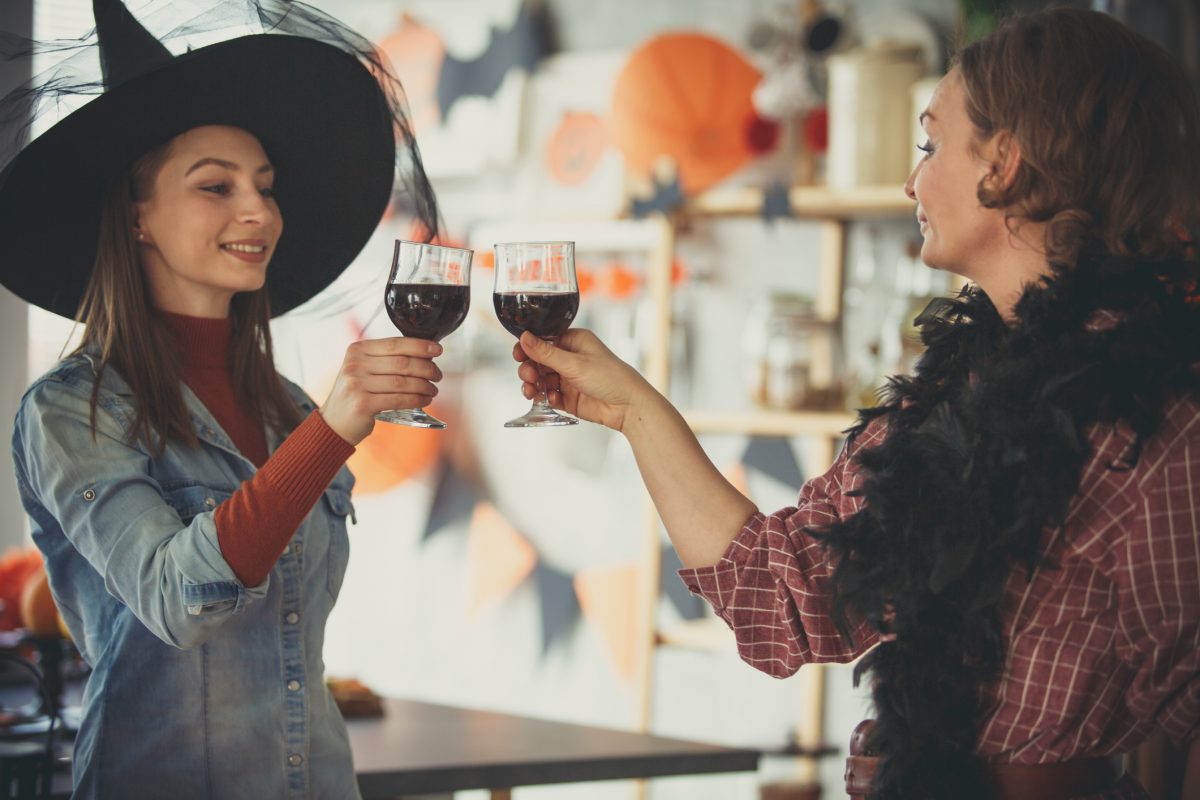 A night around the bonfire

Sometimes, the best party is one you spend around a bonfire with your friends and family, simply enjoying your time together. It doesn’t need to be a big reveal. There are tons of products that can change the color of fire or give off colored smoke while burning. Simply sneak one into the bonfire as you’re getting ready to announce the gender. This is a cozy and fun way to let everyone know. 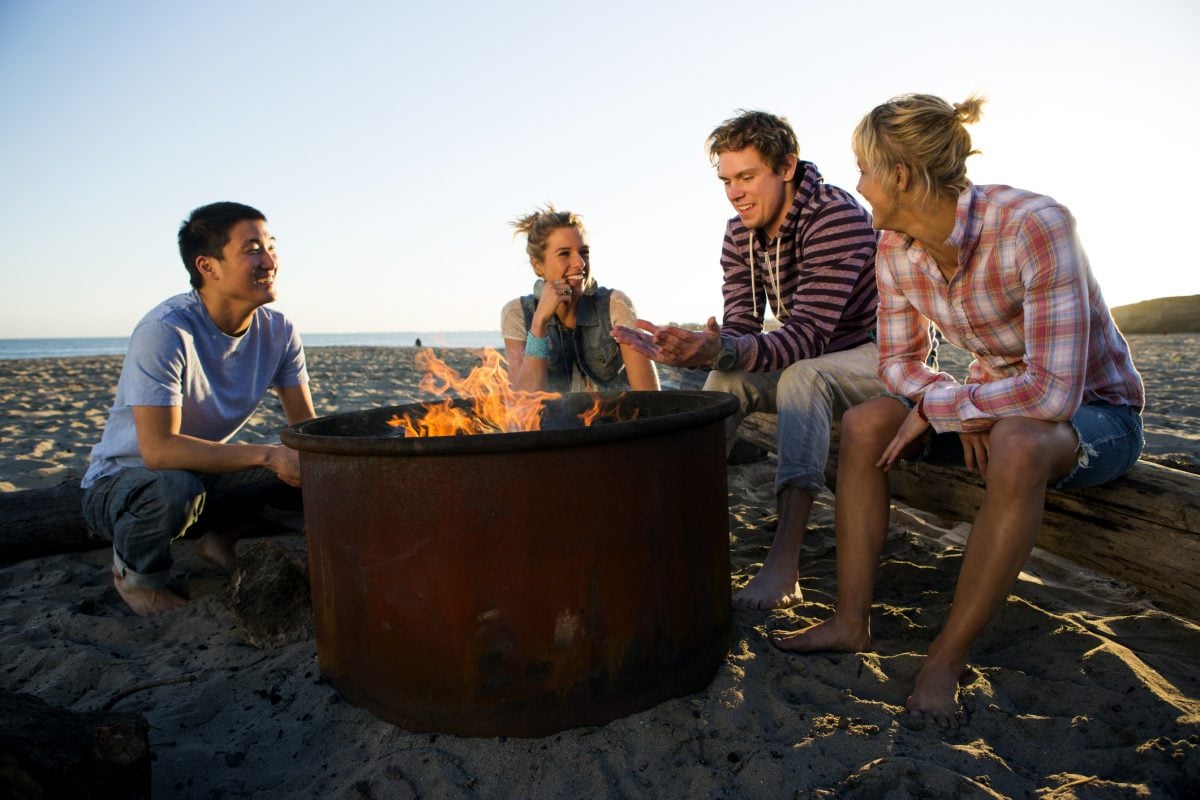 A great way to involve your guests without making too much of a mess is to rely on balloons and darts. It’s just like those old carnival games. Simply air up balloons and line them up on a board that you’ve decorated however you like. One of the balloons has the reveal while others contain treats. Every guest takes a turn throwing the dart at the balloons. Even if they miss, they still get some candy. Everyone has fun and you get a memorable reveal! 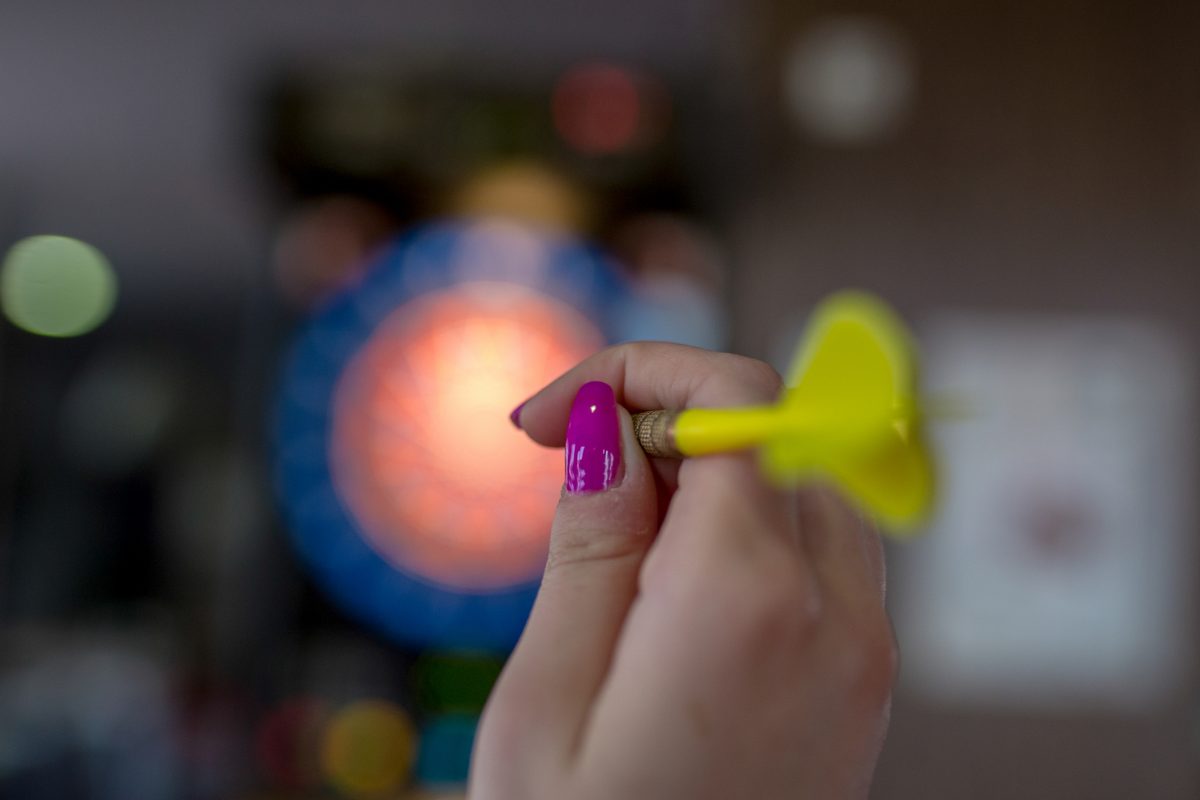 As a kid, you probably made confetti eggs and smashed them on your friends around Easter. If your gender reveal happens to occur during Spring, why not do a throwback? Fill up some eggs with neutral-colored confetti that don’t typically indicate gender. These can be yellows, greens, reds, or whatever colors you like. Then fill a single egg with confetti that indicates the gender. At your party, have everyone smash an egg to see who reveals the gender. 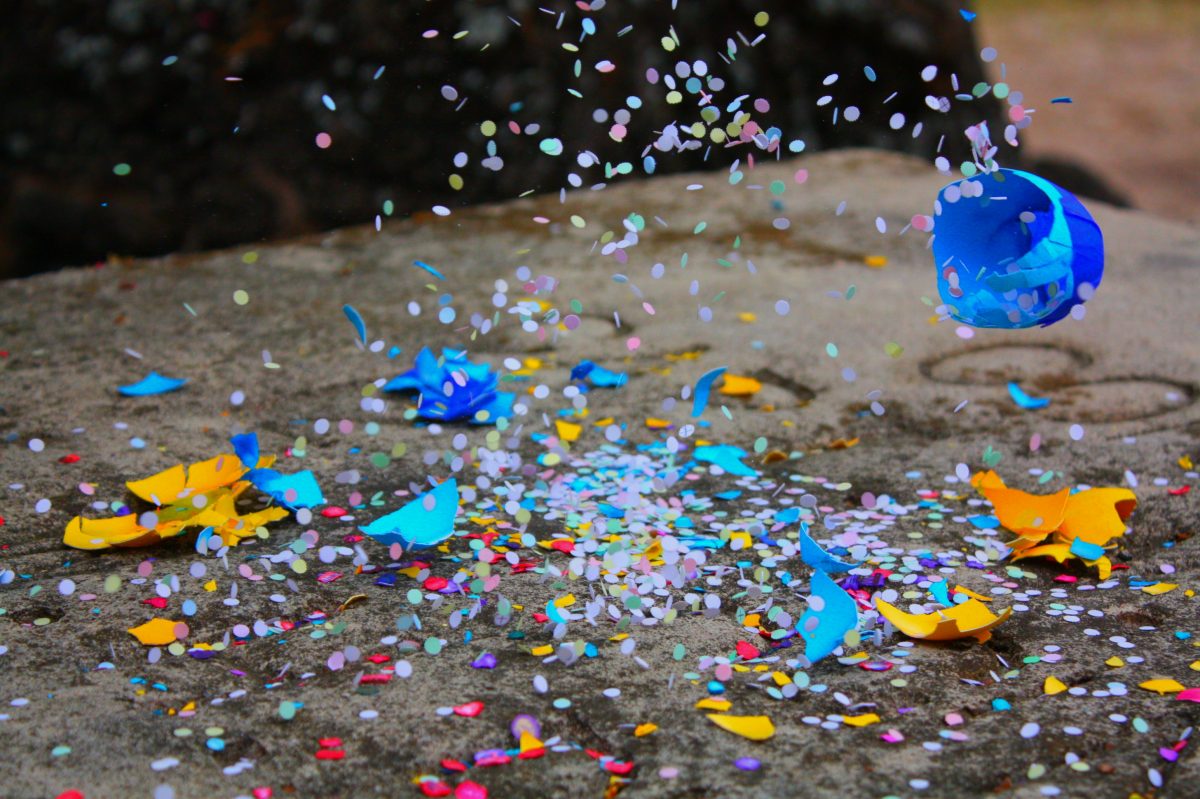 Secret in the hair

One of the best ways to have a reveal is not to tell anyone beforehand. Hairstylists have learned some incredible techniques in recent years, including being able to hide hair dye. Your hair looks normal at first but transforms into blue or pink when you run your hand through it or style it differently. Harness this for your reveal and invite your friends over for a normal get together. You can either reveal your hair subtly to see who notices or you can make a big moment of it. This is a flexible, fun, and stylish reveal option. 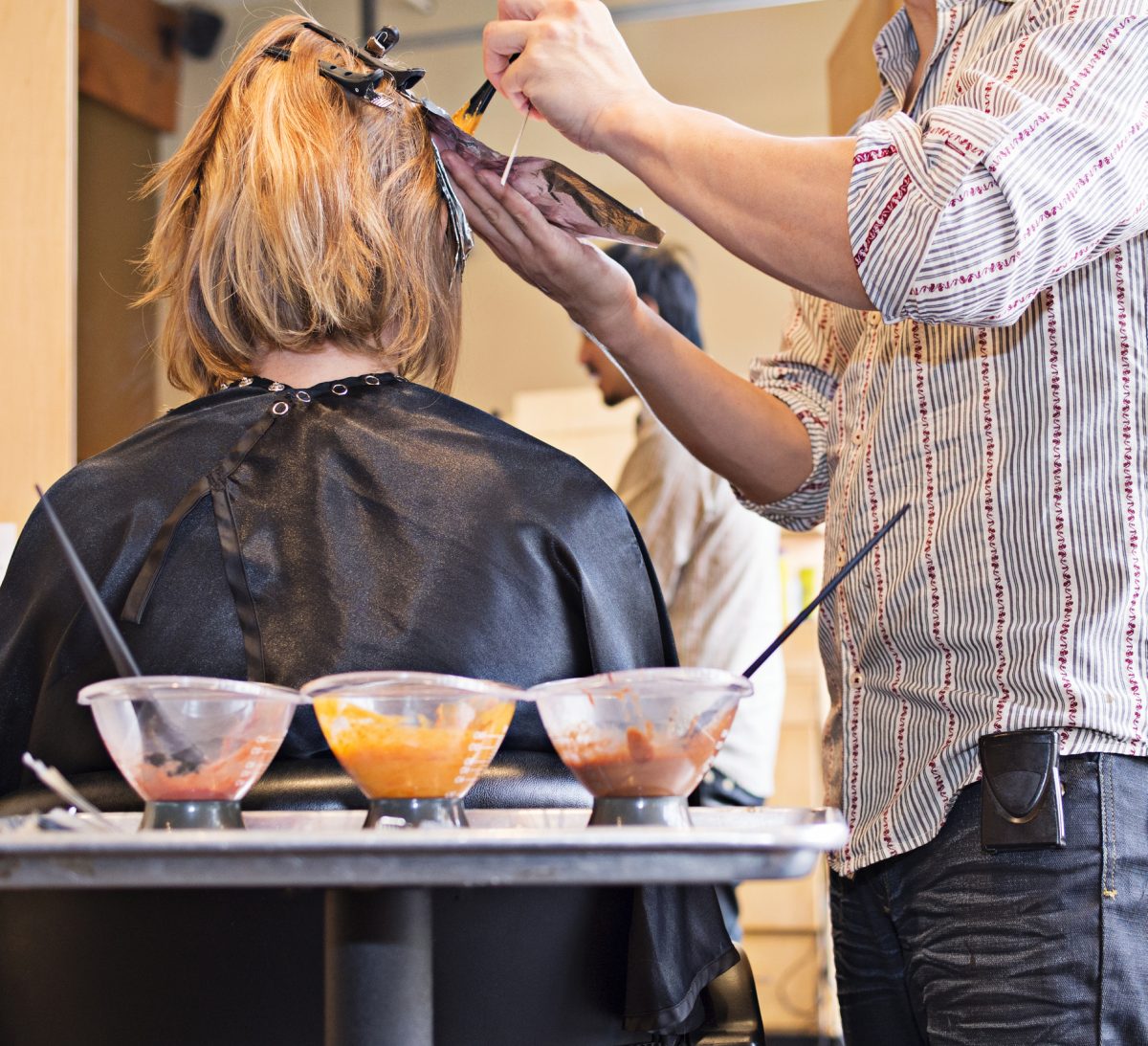