Why This Adorable Cat Is the Deadliest in the World

The plains of Africa, the jungles of Asia, and the rain forests of South America are all home to some of the most dangerous cats in the world. Ask anyone which is the most deadly and the same few cats will be mentioned. As “King of the Jungle,” lions are a popular answer followed by leopards, tigers, and cheetahs. But they would all be wrong answers. The deadliest cat in the world is a tiny, cute, and fluffy thing few people have even heard of--the black-footed cat.

The black-footed cat is native to the open savannas and grasslands of southern Africa. They are the smallest wildcat found on the continent and one of the smallest in the world. They measure just 14-17 inches in length, stand around 8 inches tall, and weigh between 2 and 6 pounds. With their round face, stocky body, and short tail, you would be forgiven for mistaking a black-footed cat for a tame moggie. 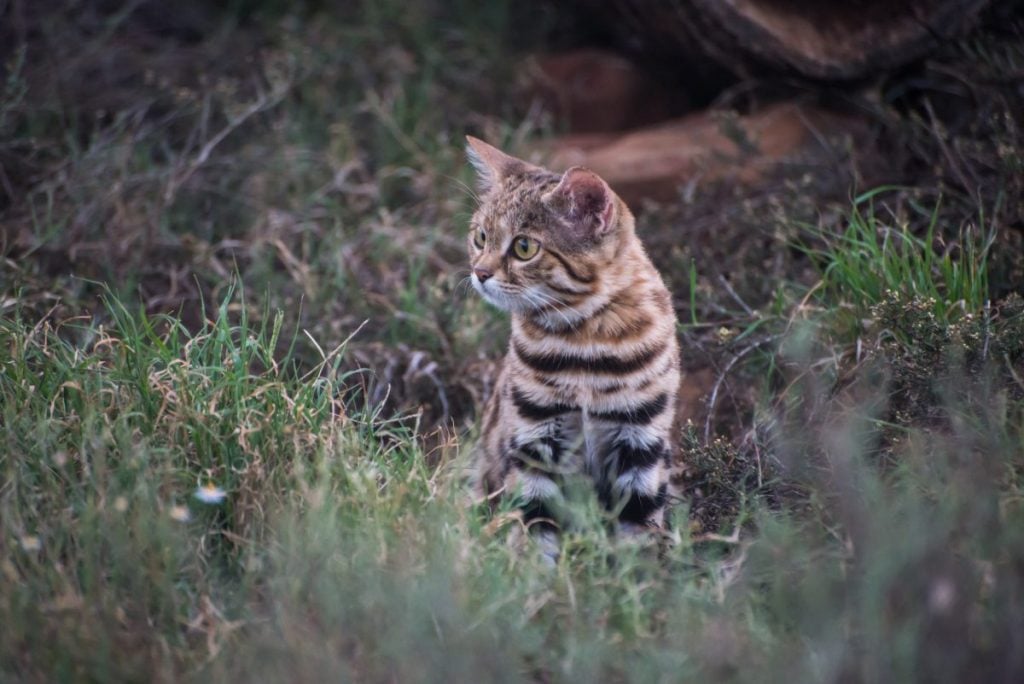 Such a Cute Face

Black stripes line its neck, shoulders, tail, and legs, while the belly and body have black and brown spots. The black-footed cat's huge, cute amber eyes are highly practical in providing it with vision six times better than a human's. They also have excellent night vision, and their low-positioned ears allow them to capture even the slightest sound. Although they are named for them, the only black part of a black-footed cat’s foot is the sole. 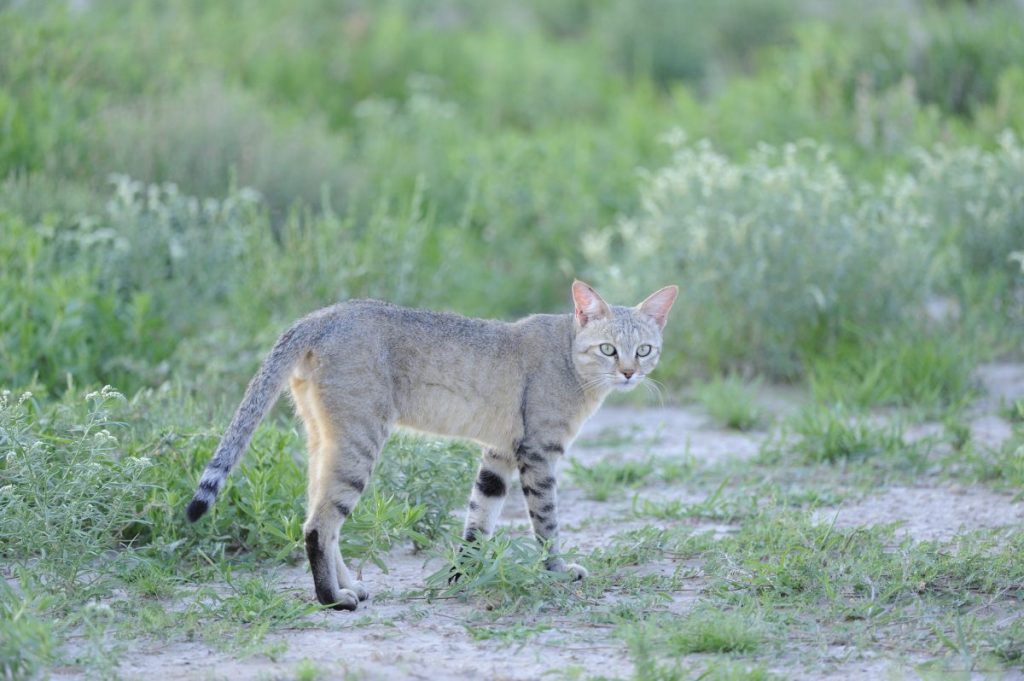 How does such a cute feline become known as the world’s deadliest cat? Well, it’s due to how good black-footed cats are at hunting. They are incredibly efficient hunters, with a 60% success rate in taking down their prey. This stats makes the black-footed cat three times more successful than lions, who only manage a kill 20% of the time. These felines are determined, little hunters. 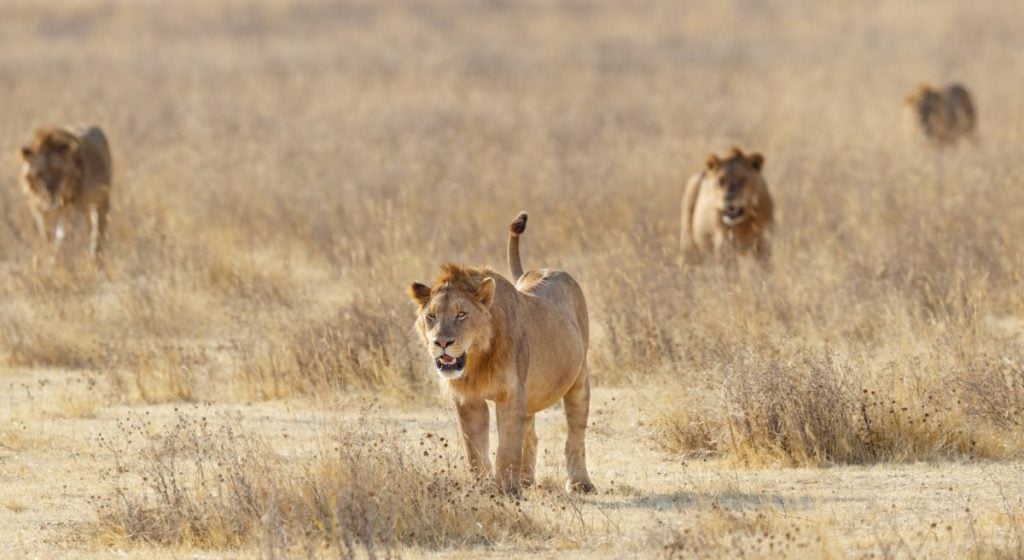 What Do Black-Footed Cats Hunt?

Due to their size, antelopes and wildebeests’ are pretty safe from the black-footed cat. But anything small should beware. These felines are opportunistic and will eat whatever they can get their paws on. Scorpions, small birds, gerbils, shrews, and locusts are some of their favorites. Male black-footed cats are slightly larger than the female and have been known to take down small bustards and hares. 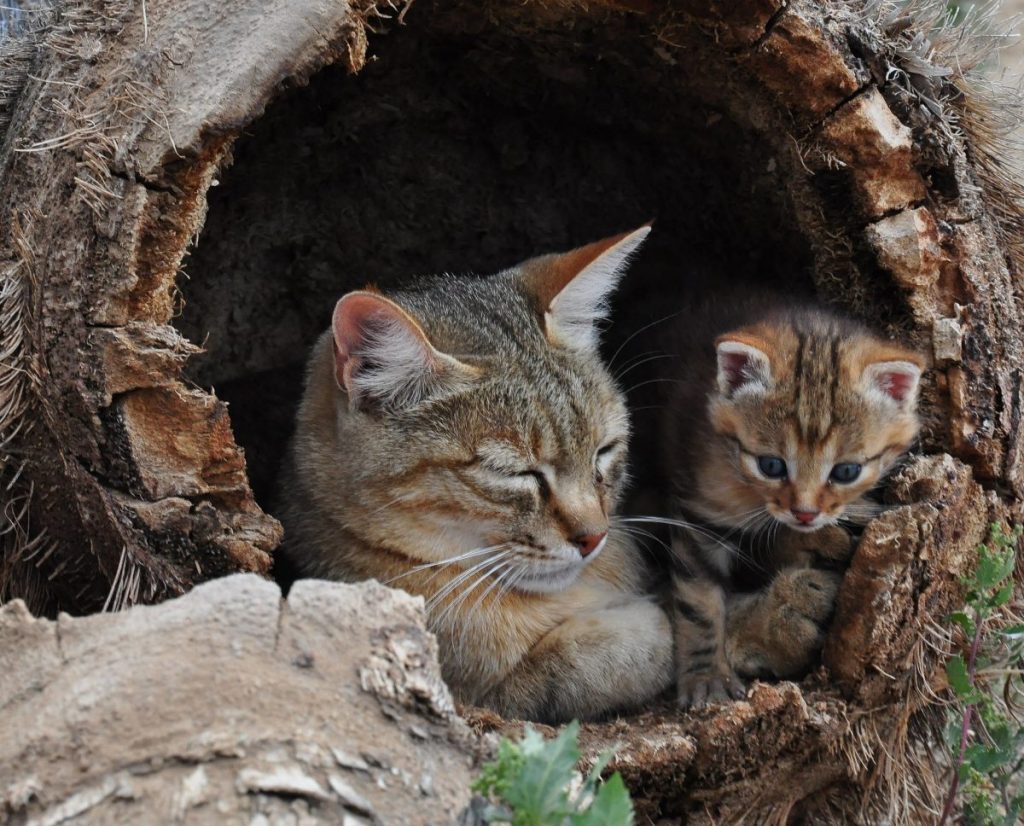 Like other small felines, the black-footed cat has a high metabolism, and so they have a huge appetite. As a result, they are constantly hunting and, being nocturnal, will travel at least 5 miles every night searching for prey. Black-footed cats need 10 to 14 rodents or small birds daily to survive and will on average kill every 50 minutes. This deadly predator brings down more prey in one day than a leopard does in six months! 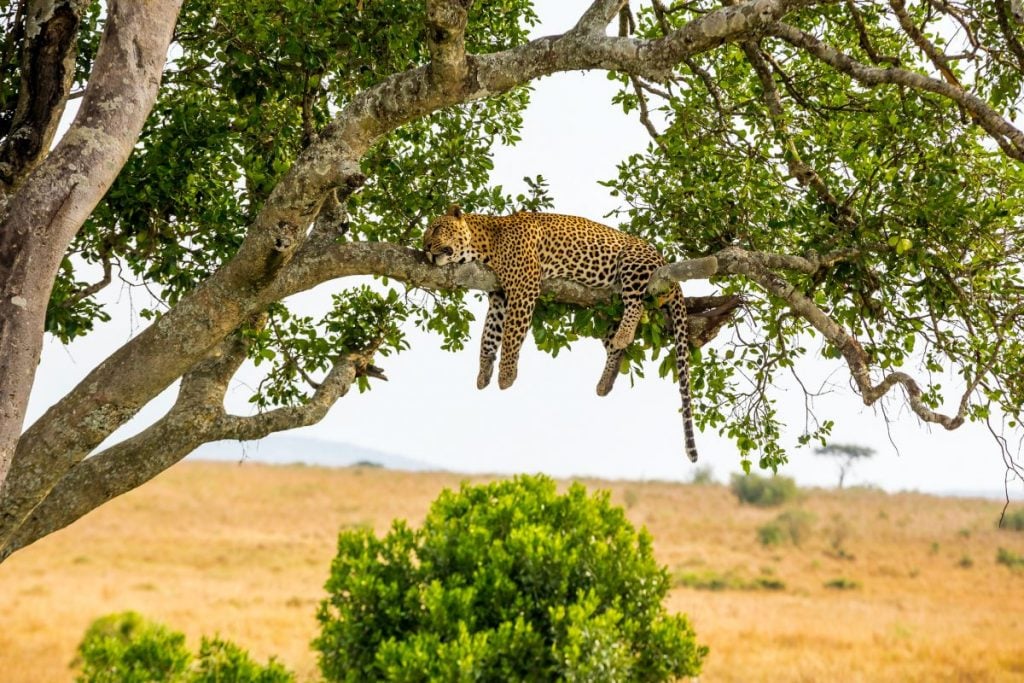 To be a successful hunter, the black-footed cat uses three methods: fast hunting, sit-and-wait, and slow approach. The fast hunting method uses the small cat’s keen eyesight and the element of surprise. The black-footed cat will move in swift bounds through tall grass, flushing out any small prey that may be hiding. 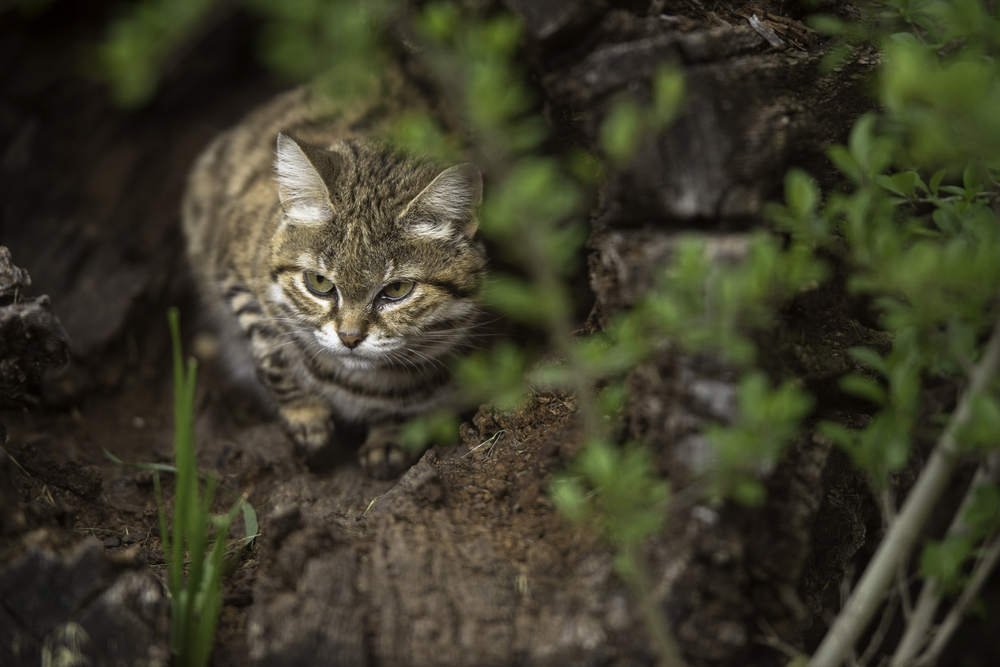 Patience is the key with the sit-and-wait approach. The black-footed cat will position itself at the opening of a rodents den and wait for its prey. While waiting, they sometimes close their eyes, using their ears to listen for any signs of movement. A black-footed cat will hold this position for an hour or more and is fully alert and ready to take down its target as soon as it appears. 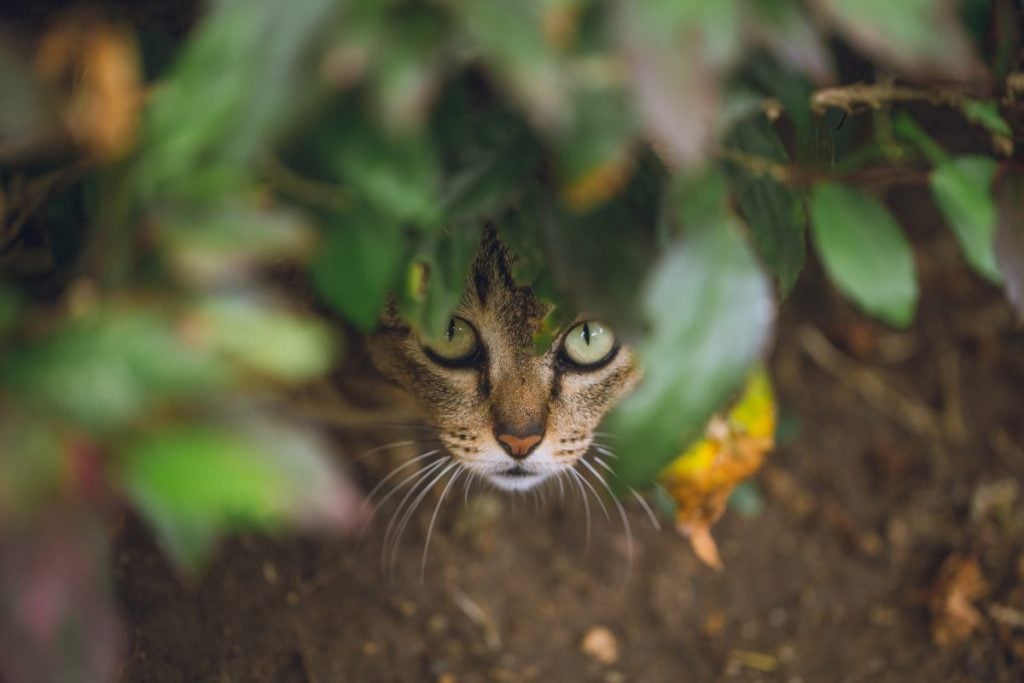 As the name suggests, this approach sees the black-footed cat taking a slower course through the grass in search of its prey. As they make silent, winding movements, the cat moves its head in all directions while looking and listening intensely, alert to all movement and sound around them. Once it has located a potential target, the black-footed cat will carefully sneak up before making its final strike. 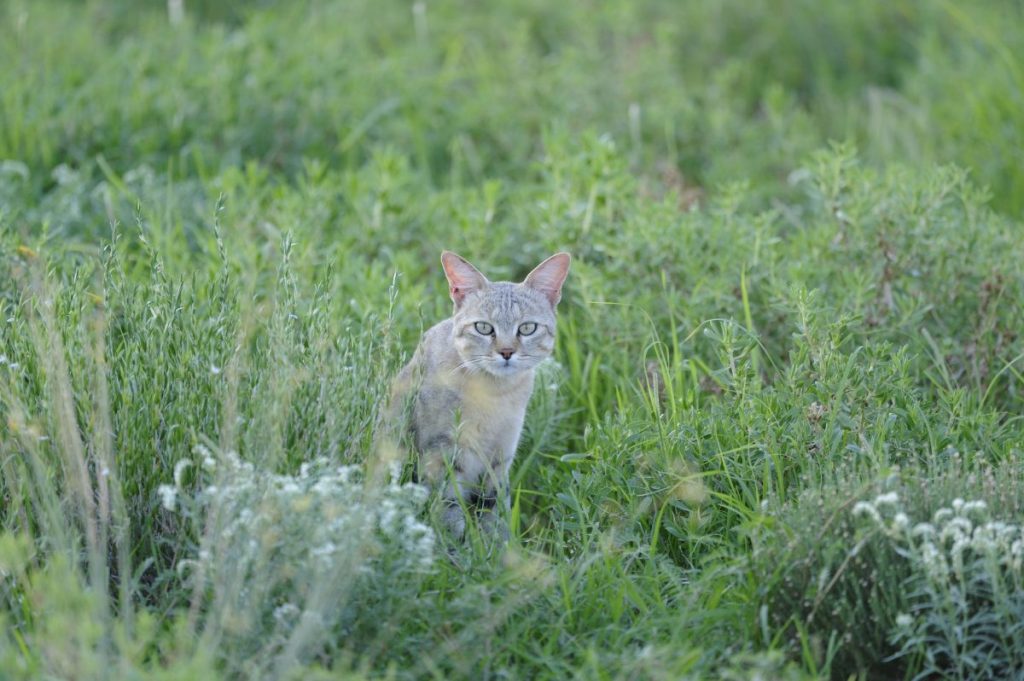 Black-footed cats have natural predators such as jackals and eagle owls. However, these felines are under threat from changes to their habitat caused by humans. Overgrazing of livestock is reducing their hunting areas and available prey. These cats are scavengers and eat poisoned carcasses that are left out to kill larger carnivores. Farmers use poison to get rid of locusts, one of the black-footed cats favorite foods. Currently, the black-footed cat is listed as vulnerable, and there's a chance that if humans don’t change their habits, they could become endangered in the future. 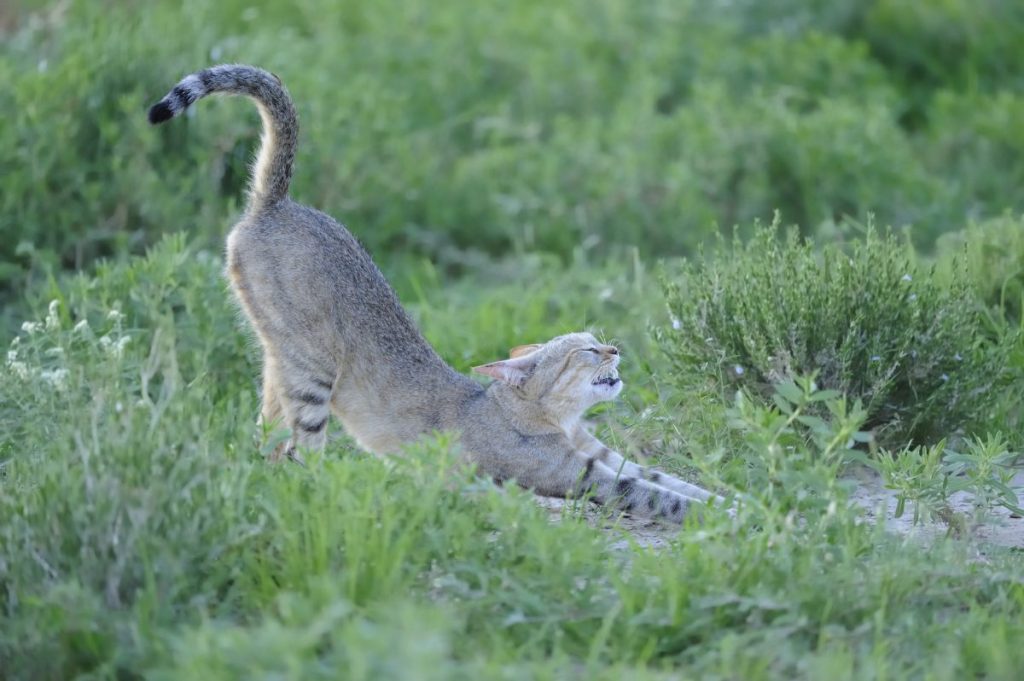 Other Names for the Black-Footed Cat

The Black-footed cat has the scientific name felis nigripes, and it's also known as the small spotted cat due to the spots on its body. Locals call this feline miershooptierwhich translates to “anthill tiger,” a reference to its aggressive behavior and the fact that it often hides out in termite mounds during the day.

Just because it’s small and cute doesn’t mean you should underestimate this kitty. The black-footed cat is one mean killing machine, earning it the title of the world’s deadliest cat. 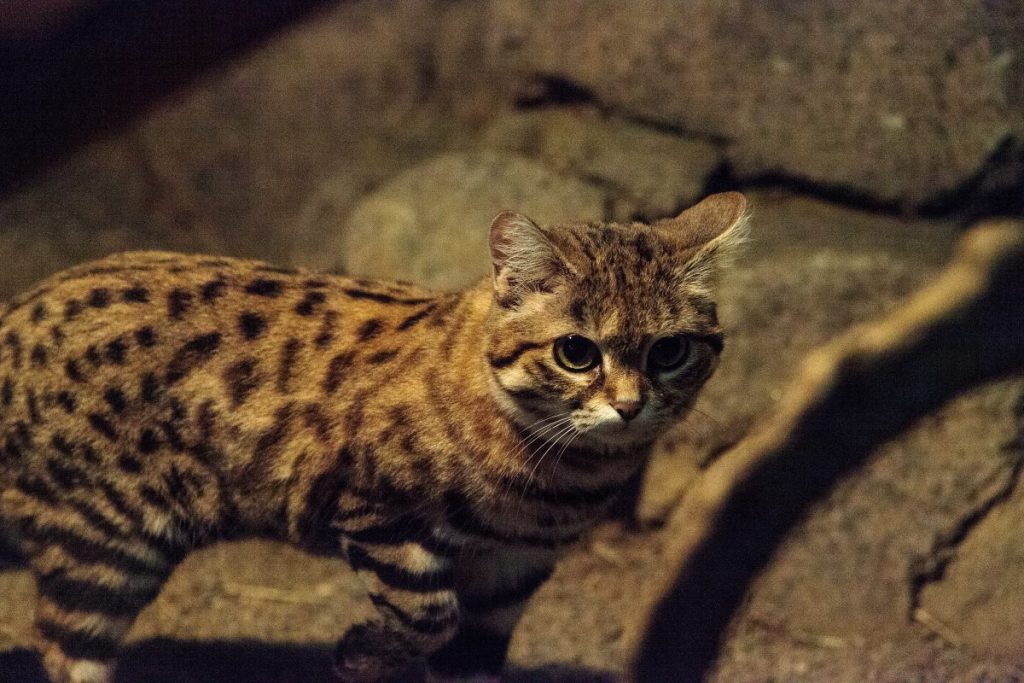