Who Was Christopher Columbus?

Christopher Columbus was one of the most famous explorers who ever lived. His journeys of discovery lead him to stumble across land and set foot in the Americas. Although people already inhabited the area, many still consider him to be the founder of the New World. Whether he discovered the Americas or not, Christopher Columbus’ excursion paved the way for further exploration and the European colonization of North and South America.

The Early Life of Columbus

The early years of Columbus’ life are somewhat a mystery. It’s believed he was born in 1451 on the Italian seaport of Genoa. As a teenager, he found work on a merchant ship and took part in several trading journeys in the Aegean and Mediterranean seas. In 1476, his ship was traveling along the Portuguese coast when it was attacked by French pirates. The ship sank, but Columbus managed to swim to shore, eventually making his way to Lisbon. 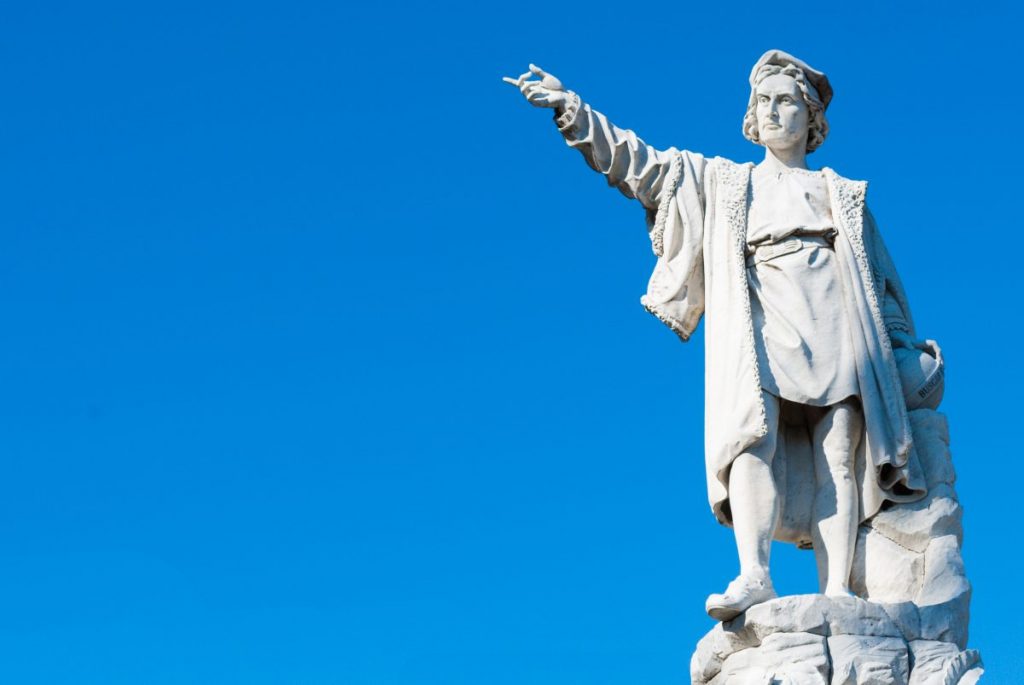 Lisbon was good for Columbus. He studied mathematics, cartography, navigation, and astronomy while working as a chart maker. He met and married Felipa Perestrello e Moniz, the daughter of a wealthy merchant, and they had a son together. During the Lisbon years, Columbus also made several expeditions to Africa that provided him with valuable knowledge of Atlantic currents and oceanic wind systems. Armed with all this new information, Columbus hatched a plan that would set him on his historic voyage. 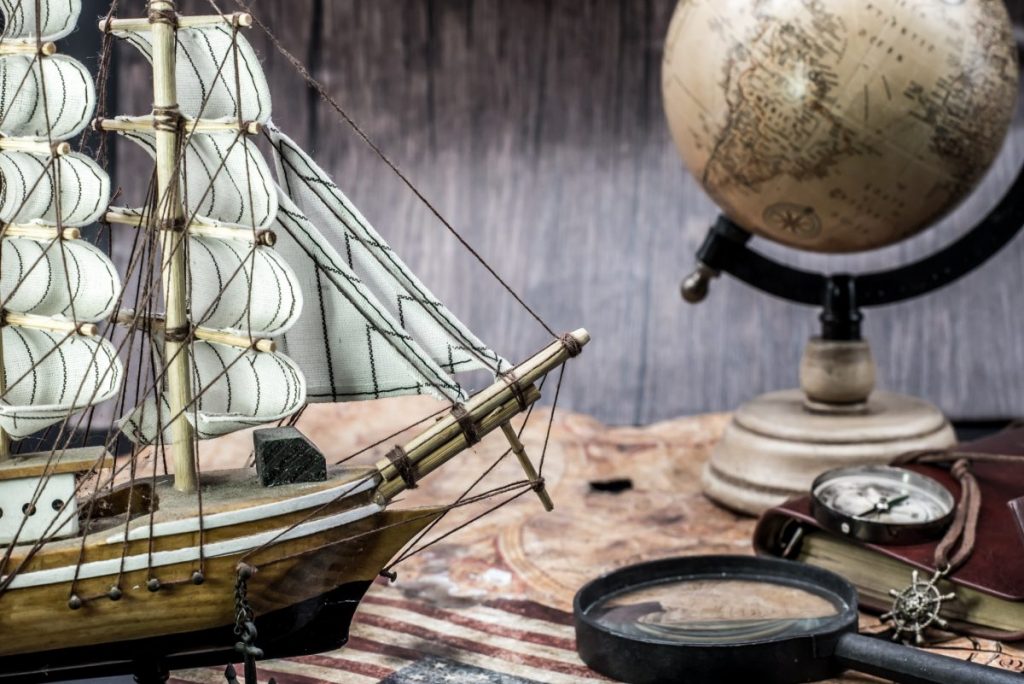 The East Indies were famous for their gold and spices, making them hugely popular with European merchants. But gaining access to the treasures of the orient proved difficult. In the 15th century, the Turkish Empire dominated these trade routes, and overland travel was almost impossible. Instead, the long and arduous journey was made by sea, heading south and around the Cape of Good Hope. Columbus had other ideas. He believed it would be quicker and easier to reach Asia by traveling west, across the Atlantic. Columbus estimated the distance between the Canary Islands and Japan to be of 2,300 miles, but his calculations were way off. The distance was well over 12,000 miles. But his plan seemed a good one, so his contemporaries declared that the westward journey would be a success. 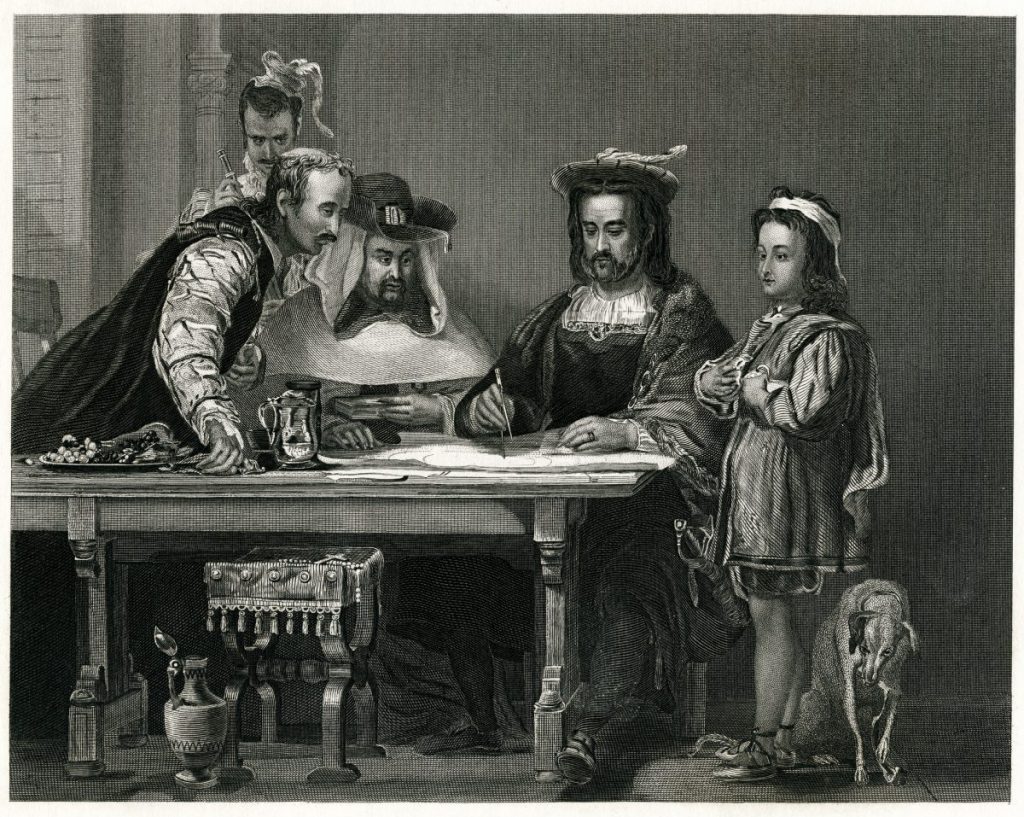 The Need for Ships

Columbus proposed his voyage of discovery to be made with three ships. But before he could set off, he desperately needed money to build them. Columbus first approached officials in Portugal and England asking for backing, but he was rejected both times. Finally, in 1492, he approached the Spanish monarchs Ferdinand of Aragon and Isabella of Castille. Like Columbus, they were seeking fame and fortune and agreed to finance the expedition. They promised Columbus a noble title, the governorship of any lands he discovered, and 10% of all the riches he found. 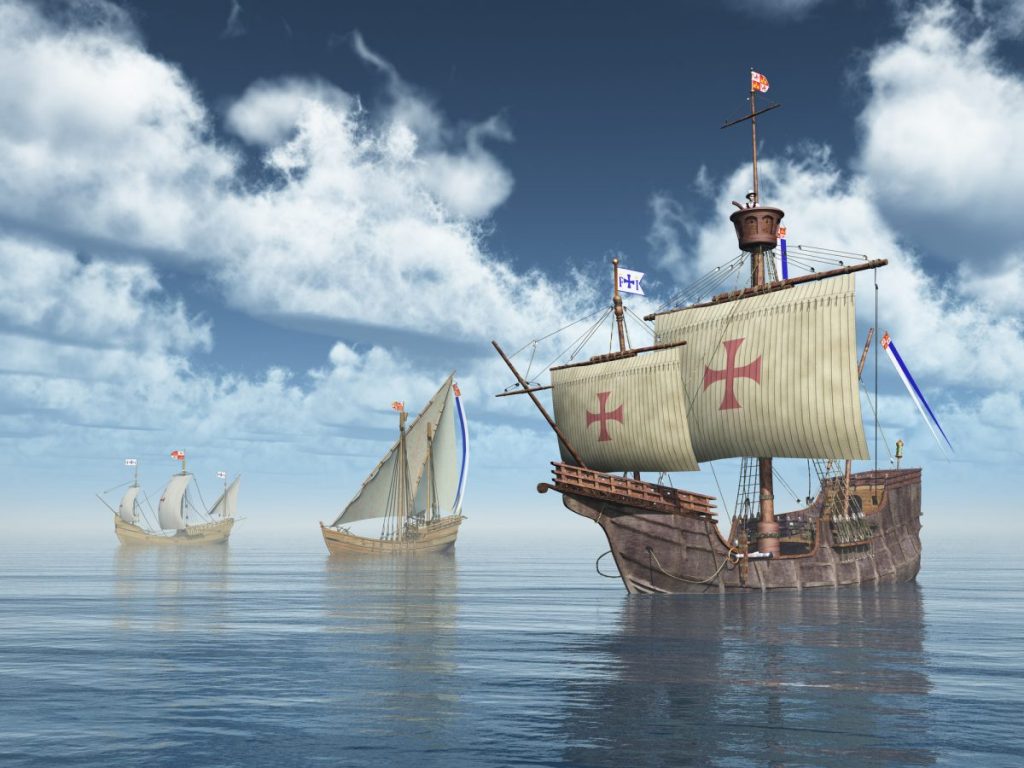 Search for the East Indies

Columbus set off on his quest for Japan in August 1492, with 90 men and his three-ship fleet made up of the Santa Maria, Pinta, and Nina. On October 12, their journey across the Atlantic brought them to a small island Columbus assumed to be the East Indies. In reality, it was an island in the present-day Bahamas. Over the next few months, Columbus and his crew continued exploring various islands in the Caribbean searching for precious stones, gold, silver, spices, and anything else of value. They visited Cuba--which Columbus believed was China--and Hispaniola, which was modern-day Haiti and not Japan but found very few riches. 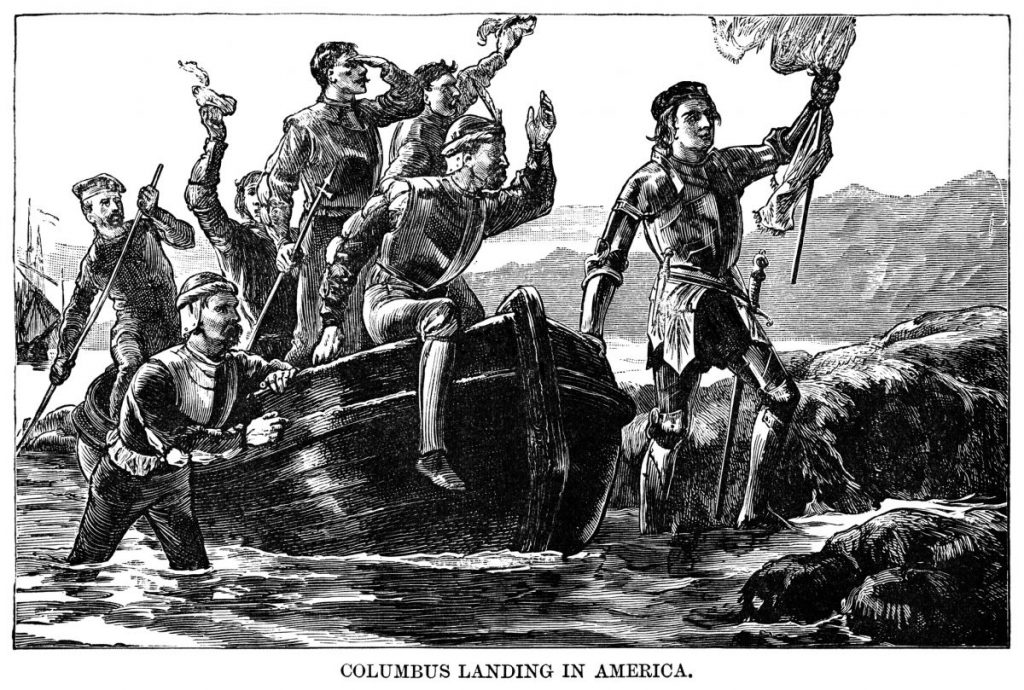 The largest of Columbus’ ships, the Santa Maria, became wrecked off the coast of Hispaniola. With the help of the native islanders, they salvaged what they could and built a small settlement on the island using timber from the ship. They named this colony Villa de la Navidad-- Christmas Town. When Columbus set sail for the return journey to Spain on January 1493, he left behind 39 men to occupy the town. 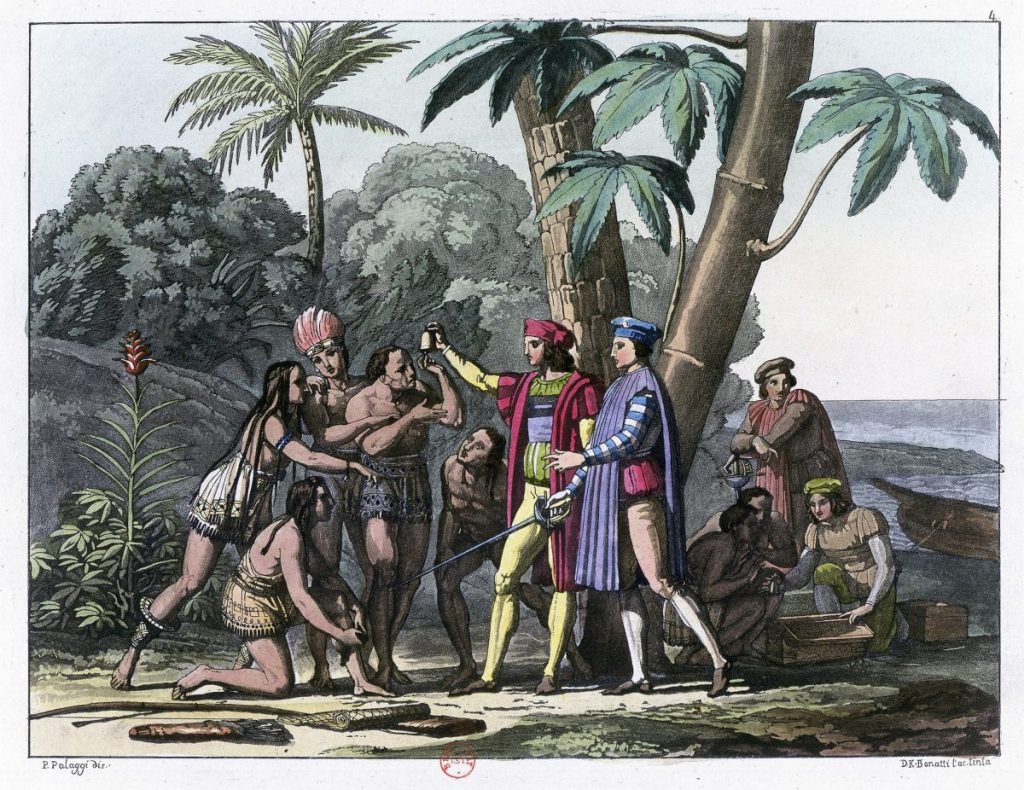 After spending six months in Spain bragging to the royal court about his achievements, Columbus made a second expedition to the Caribbean. Arriving in Villa de la Navidad, he found the settlement destroyed and his men slaughtered. Columbus retaliated by enslaving the indigenous population and forcing them to rebuild the town. His brothers, Bartholomew and Diego, were left in charge while Columbus made more fruitless attempts to find gold. 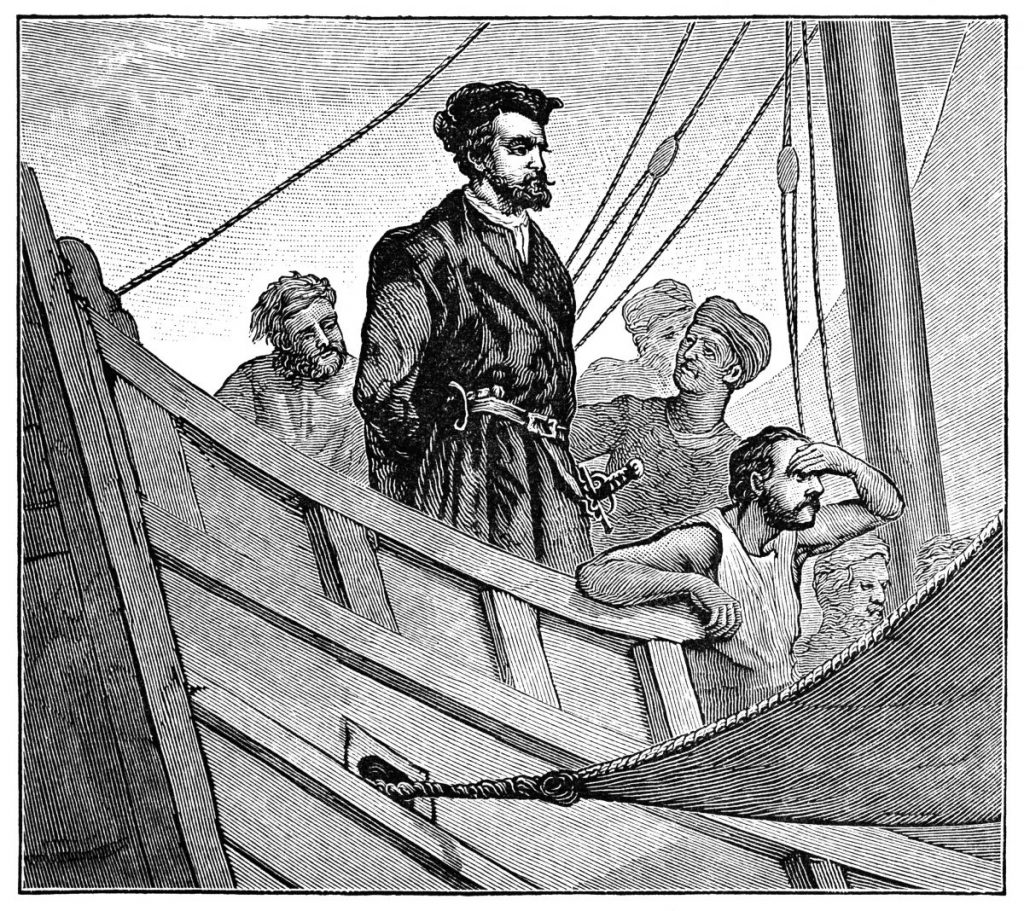 His third expedition in May 1498 finally brought Columbus to the mainland, present-day Venezuela. By this time, conditions in Hispaniola were spiraling out of control. The colonists were staging a revolt against the brothers for their mismanagement and brutality. Spanish officials were sent to arrest Columbus and send him back to Spain to face charges. 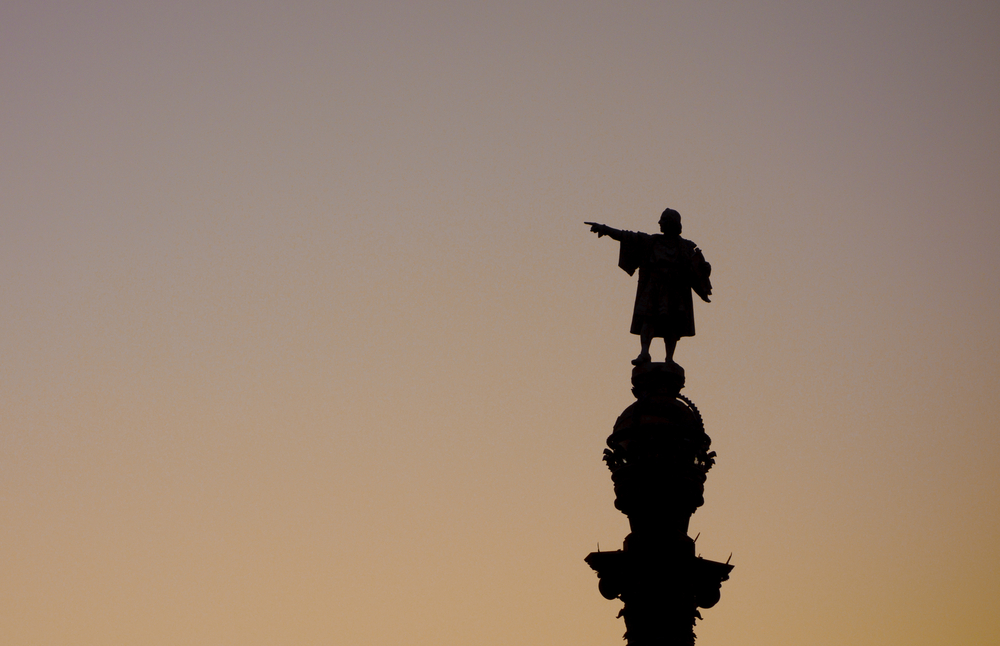 The charges against Columbus were dropped, but he was stripped of all his titles and wealth. However, he still managed to convince King Ferdinand to finance one more voyage that would bring riches beyond the King's wildest dreams. In 1502, Columbus set out on a final journey that ended in disaster. A storm destroyed his ships and led to captain and crew becoming castaways on Jamaica. The native islanders had become tired of their bad treatment by Spanish colonists and refused to give the men food. Columbus carried an almanac that predicted a lunar eclipse, so on February 9, 1504, Columbus punished the locals and tricked them into thinking that he was taking the moon away. 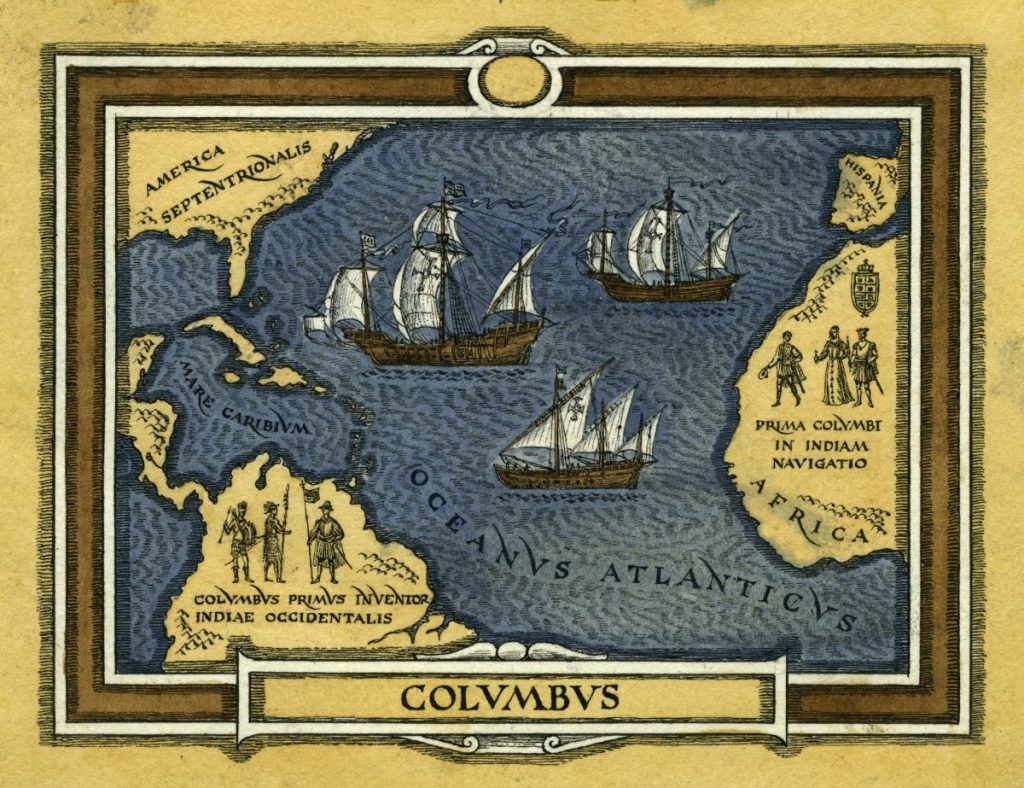 Eventually, Columbus and his crew were rescued and returned to Spain in November 1504. The next two years would see him in a hopeless battle to regain his lost titles and riches. Columbus died on May 20, 1506, still in the belief that he had found the shortest route to Asia. Columbus’ discovery of the New World opened trade routes between Europe and the Americas. Animals, plants, culture, and people moved freely between the Old and the New worlds. But the region was altered forever. The once vibrant native civilizations of the Americas were suppressed through colonization, resulting in many of them being lost altogether. Christopher Columbus is celebrated throughout North and South America every year on October 12. 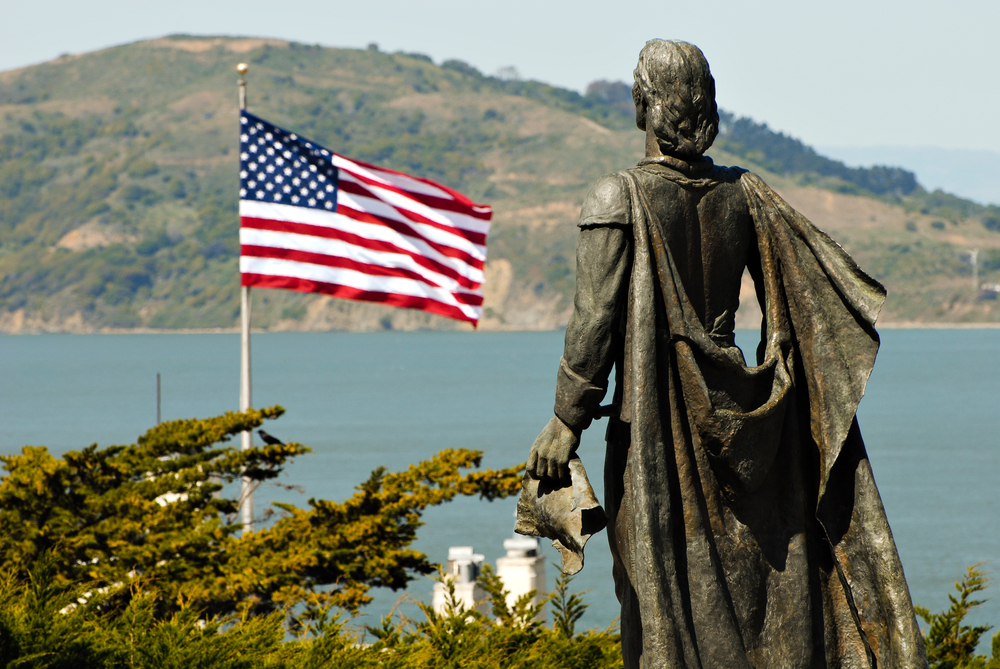