These Animals Are the Richest Pets in History

The inheritance choices of affluent members of society have long been a matter of interest and speculation to the general public. When hotelier Leona Helmsley passed away in 2007, she left $12 million of her multi-billion-dollar estate to her beloved Maltese, Trouble. Later, a judge ruled to reduce the pampered pet’s inheritance to $2 million, saying that it was an excessive amount of money to leave to a non-human.

Surveys show that 81% of pet owners today value their pets as much as they do their children. Around 44% say they have a post-death financial plan in place to ensure their pets stay happy and receive care. But sometimes, the furbabies of the rich and famous get a startlingly large slice of their owner's financial pie.

Gunther IV has a dynasty all his own

The richest pet in the world is Gunther IV, a German shepherd who inherited the money from his father, Gunther III. His owner, German countess Karlotta Leibenstein, had no close human family members. When she died, she left between $80 and $106 million to her faithful dog. A financially savvy group of trustees, The Burgundians, made several sound investments, increasing the Gunther-line fortune to $372 million. Gunther IV lives a life of luxury, eating steak and caviar for dinner. He has an entire staff to tend to his needs, including a personal maid and butler. 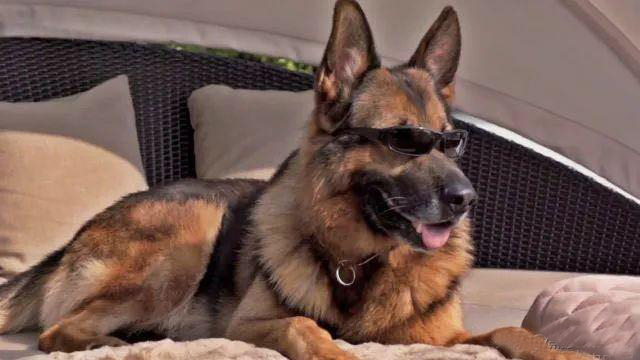 Choupette is a famous pet and a business icon

The legendary designer Karl Lagerfield once described his beloved feline’s eyes as star sapphires. Her name is Choupette, a French nickname for cute girls. Lagerfield died in 2019 from pancreatic cancer. Although lawyers are still settling his $200 million estate, rumors circulated that he’d left his entire fortune to his Birman cat, Choupette. The famous cat lives with a nanny in Paris, but she’s not an idle feline. Lagerfield’s brand put out a line of handbags featuring Choupette’s face and she’s featured in a variety of magazines. Publishers released a small book of Lagerfield’s iPhone snaps in 2019 and it sold out. All royalties went to Choupette.

Tardar Sauce, a.k.a. Grumpy Cat, was a self-made millionaire

Social media has created a long list of stars, but few have achieved the level of fame and financial success this feline garnered. Tarder Sauce, a mixed-breed cat with an underbite and feline dwarfism, first earned notoriety after her owner, Tabatha Bundesen, posted the feline’s picture on Reddit. The image went viral. From merchandise to sponsorships and media appearances, this unique cat raked in the big bucks and earned an estimated $100 million. Her official Instagram has 2.6 million followers. Sadly, Tardar Sauce died in 2019 at the age of seven, but her iconic face still brings smiles to the social media universe. 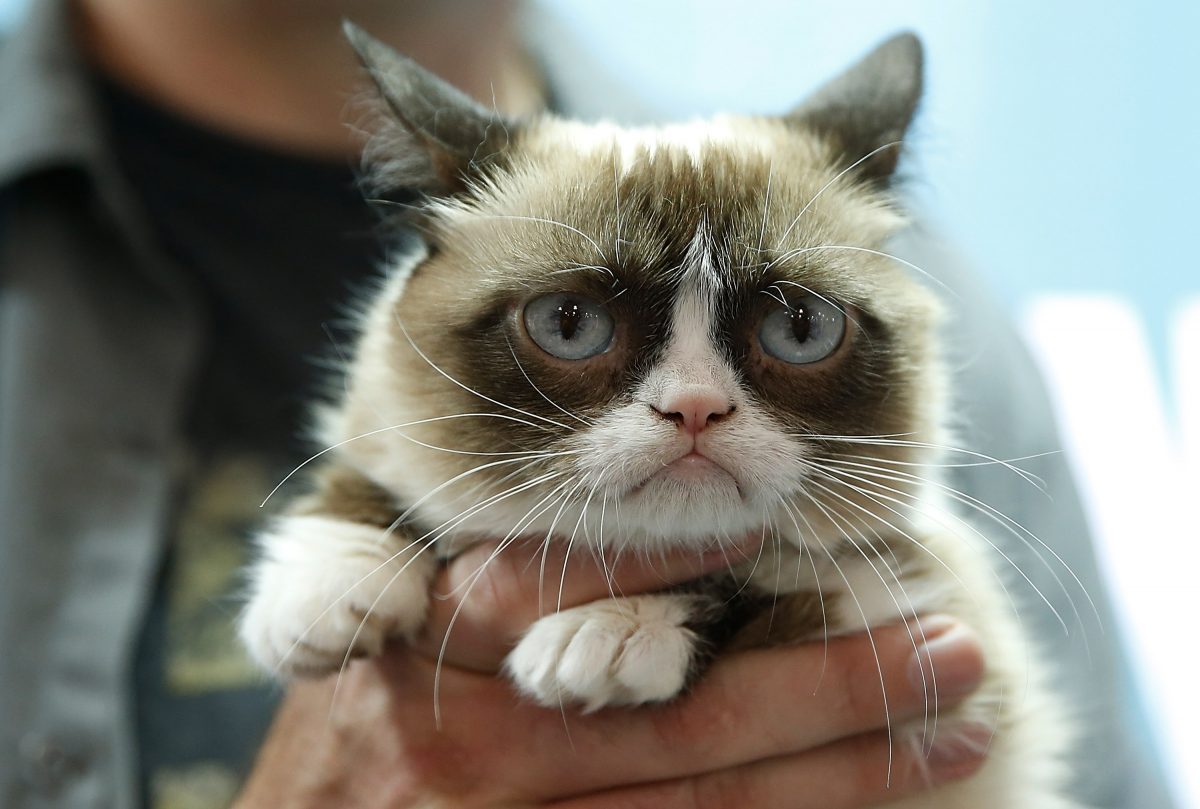 When you're fortunate enough to have an owner like Taylor Swift, chances are you’ll always have everything you need to live the perfect feline life. But Olivia Benson, a Scottish fold, is more than one of Swift’s famous sidekick kitties on Instagram. She also appears in her owner’s music videos and ads for Diet Coke and Keds. Experts estimate that her net worth in 2018 was around $97 million.

This homeless cat once wandered the streets of Rome until Maria Assunta, the widow of a successful builder, took him in and named him Tommaso. Assunta died in 2011, but before her death, she instructed her attorneys to leave the inheritance of around $13 million in cash and properties to a deserving animal welfare organization that would, in exchange, care for Tommaso. The search proved futile. None of the organizations met Assunta’s standards. Eventually, the nurse who cared for Assunta in her final months promised to care for the cat after the woman’s passing. She lives with Tommaso and another cat in a secret location outside of Rome. 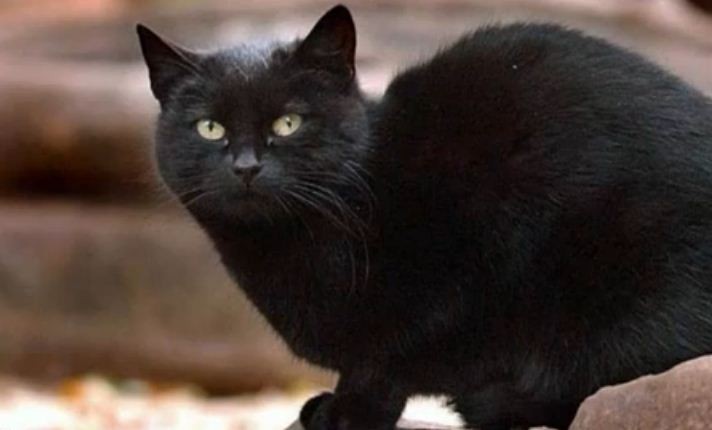 Publishing tycoon Miles Blackwell died in 2002. His wife had passed away three weeks earlier, and the couple had no children. A year before their deaths, the Blackwells sold the interests in their family business and moved to the country to raise sheep and rare chickens, the Scots Dumpy. But out of his chickens, one stood out — Miles’ favorite, a hen named Gigoo. To ensure her care after he passed, Miles left her $11 million. He also set up millions in a charitable trust to benefit animal welfare groups.

Few pups reach Boos' icon-level status. This fluffy internet phenomenon blew up as “the world’s cutest dog,” becoming a social media sensation with millions of followers on Facebook. His owner created a successful merchandising brand featuring life-sized stuffed toys in a variety of costumes, and a series of books, which amassed a net worth of around $8 million. In 2019, Boo passed away at the age of 12 due to heart issues. His ailment started after his canine bestie, Buddy, died in 2017, according to the owner.

Bart the Bear 2 was a Game of Thrones cast member

In the third season of Game of Thrones, the fierce Brienne of Tarth must fight off a grizzly bear with just a wooden sword. The bear is Bart 2, a 1300-pound Alaskan grizzly who is an accomplished animal actor and an ambassador for the Vital Ground Foundation, which aids threatened wildlife. The original Bart the Bear’s owner, Doug Seus, trained Bart 2, and the animal has acting credits in films like Evan Almighty, Into the Wild, and We Bought a Zoo. Experts estimate his net worth is about $6 million. 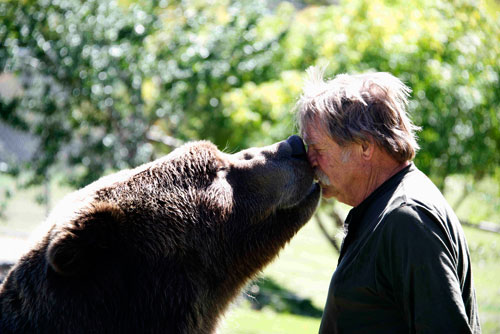 This British cat once topped the Guinness Book of World Records’ list of rich-and-famous felines. Blackie was the last surviving member of multi-millionaire Ben Rea’s 15-cat household. When Rea, a well-known antiques dealer, died in 1988, he split most of his wealth of $12.5 million between three cat charities and his feline housemate, Blackie. Information concerning the cat’s whereabouts after he received his inheritance is scarce. 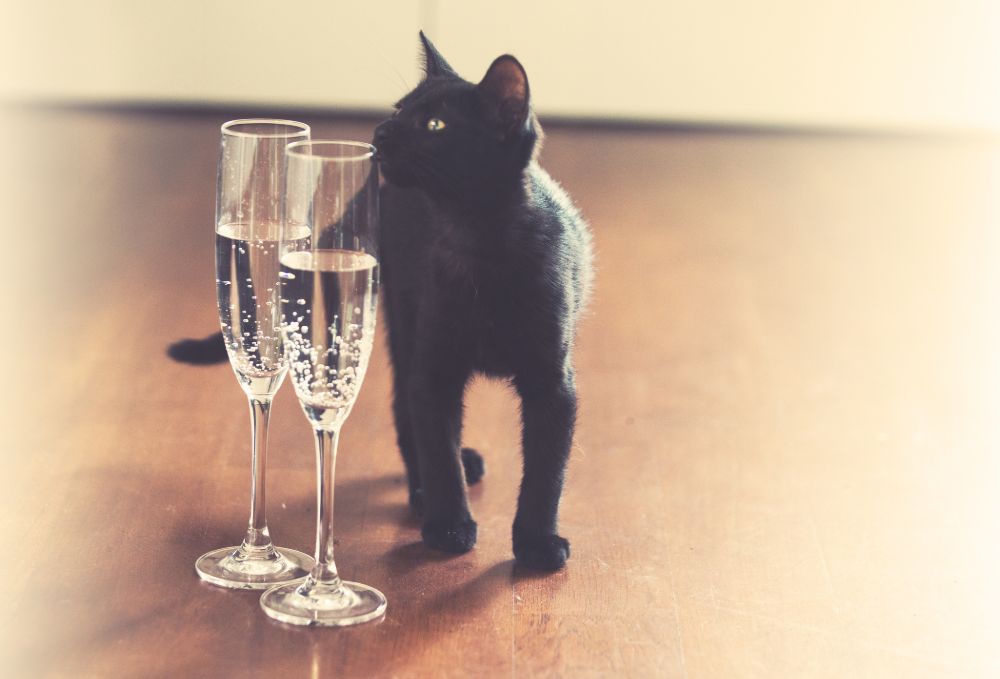 Famed pet lover Oprah Winfrey wanted to ensure her pets would still receive great care should she die unexpectedly. She placed $30 million, a sizable part of her estate, in a trust fund for her pets Sadie, a cocker spaniel, and Sunny and Lauren, springer spaniels. Betty White’s golden retriever, Pontiac, will inherit nearly $4 million through a trust the actress set up. 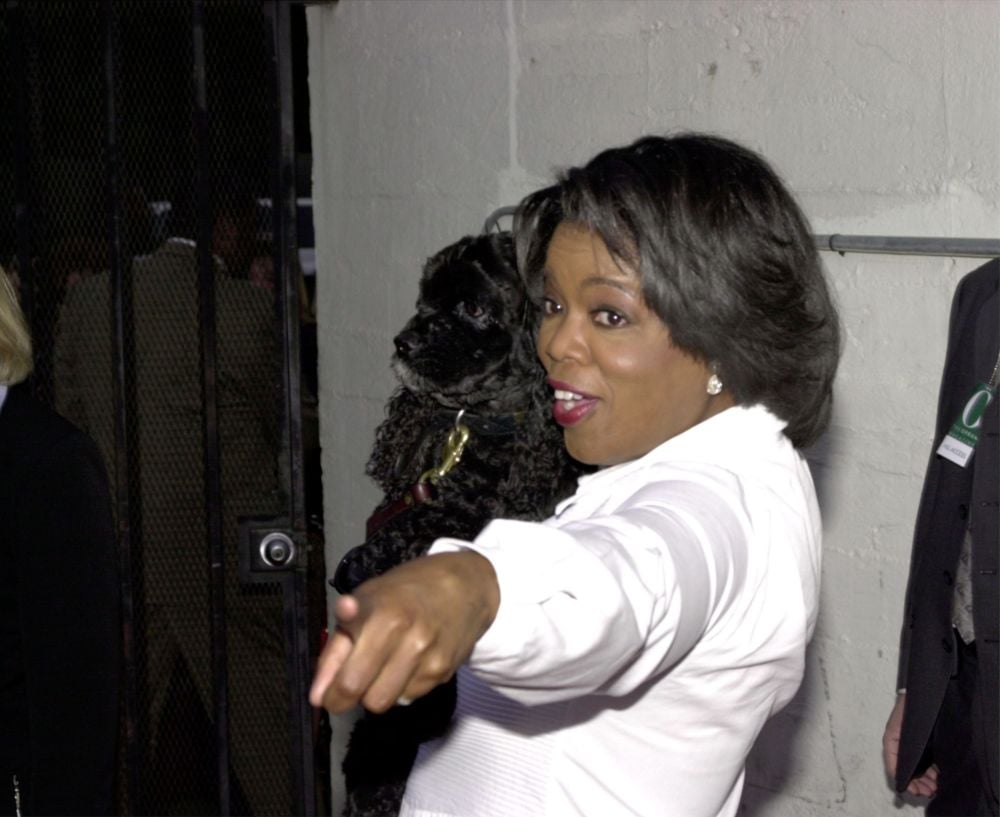