The World's Most Dangerous Scorpions

Scorpions are the bane of many landscapes and households around the world. They live in harsh terrains and have evolved to effectively defend themselves from predators and unsuspecting humans. Scorpions are considered some of the most dangerous arachnids. They may be small, but if you spot these creepy crawlies, don't underestimate them.

The Mottled scorpion, Mesobuthus eupeus, is one of the smaller members of the venomous Buthidae family. This yellowish arachnid reaches an average length of 2 inches, with the females outsizing the males. While the stings are painful, causing inflammation at the puncture site and possible neurotoxic effects, their venom contains peptides that are interesting to researchers. One set of peptides kills pathogenic germs, while another set is a candidate for use in antimalarial drugs. 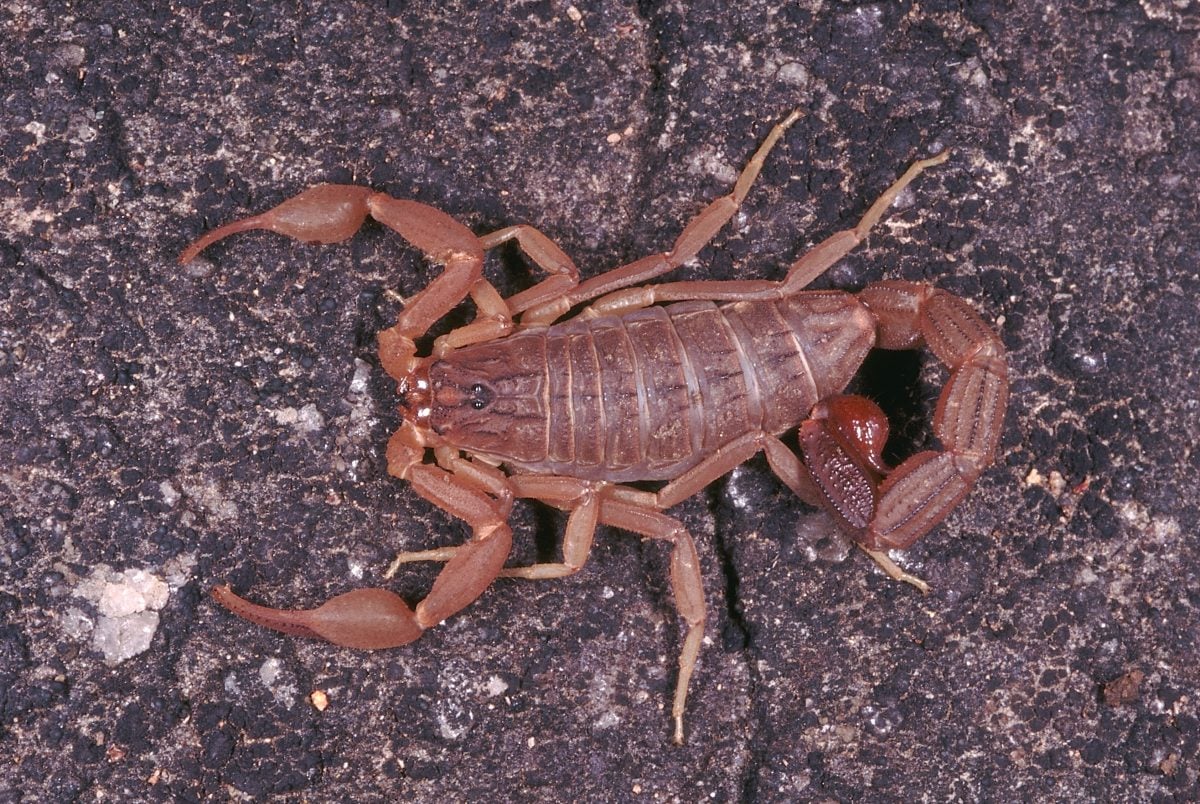 The Durango bark scorpion, Centruroides suffussus, is a menace, especially during the hot season. They readily infest private and public spaces, such as schools, which places them near children, who are most vulnerable to their venom. Despite the obvious danger, some people keep them as pets, and they adorn the bottom of some liquor bottles. 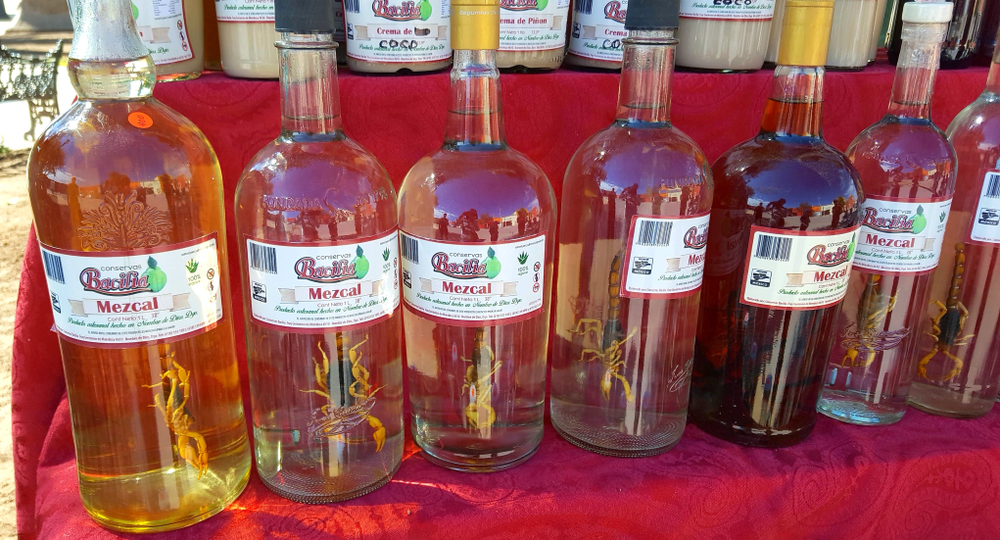 Native to southern Africa, the black thick-tailed scorpion, Parabuthus transvaalicus, is a spitter. It grows to between 4 and 5 inches and uses kurtoxin venom, which triggers seizures and cardiac episodes in victims. The scorpion has two types of venom. The first is a clear pre-venom that it uses as a warning shot. If that doesn't work, it attacks with its full toxin, which can be fatal. The black thick-tailed scorpion has spitting range of up to three feet. 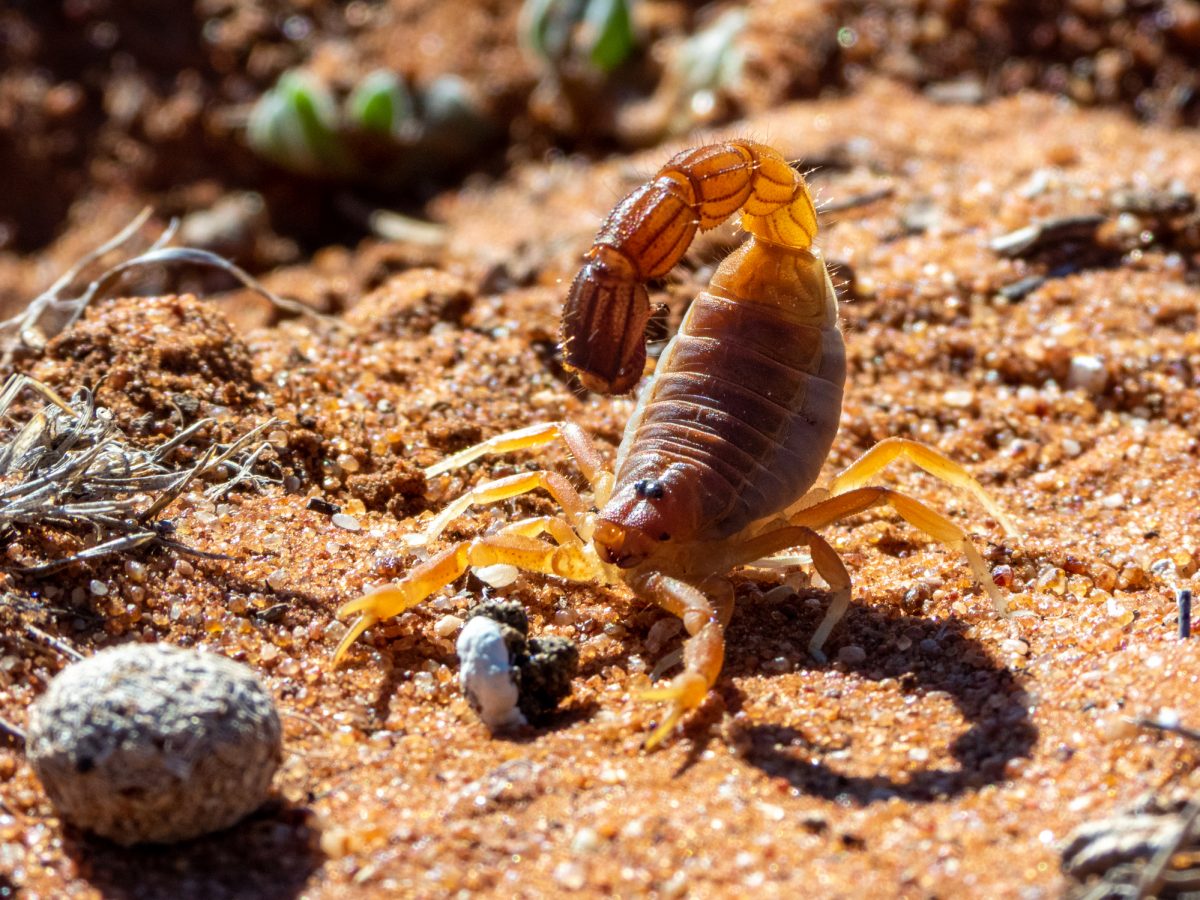 Growing to between 2.5 and 3.5 inches, the yellow fat tail scorpion, Androctonus australus, is one of the toughest scorpions around. It is native to northern Africa and is dark brown or black with bright yellow appendages. This part of the world is prone to skin-stripping sandstorms. A. australus' tough exoskeleton allows it to withstand exposure to these storms without damage. Its neurotoxic venom has a treatment window of seven hours before initial paralysis turns into respiratory failure. 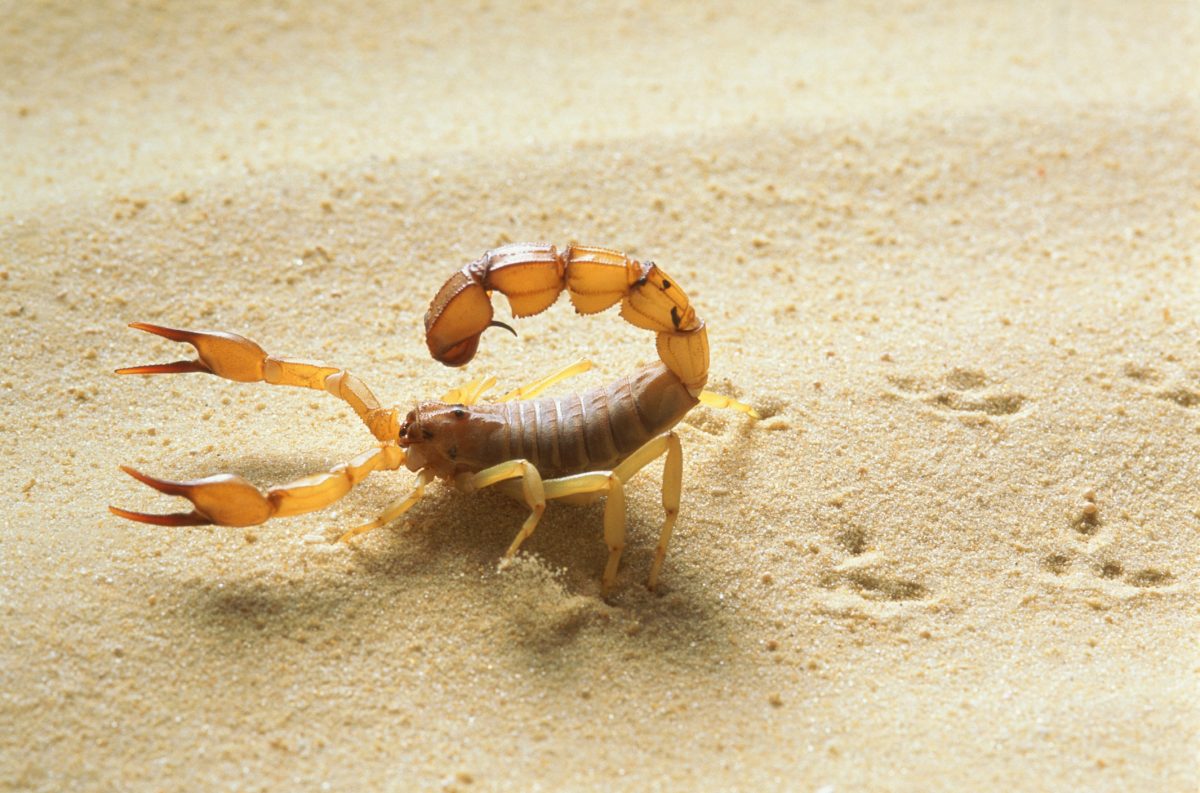 Endemic to southwestern U.S. and northern Mexico, the Arizona bark scorpion, Centruroides sculpturatus, is barely bigger than a quarter and packs a mean punch. Its average size is 3 inches, and females give birth to 20 or 30 live babies at a time. These scorpions are particularly dangerous because they can poise upside-down. Unsuspecting humans can stick their hands under a piece of furniture or into a drawer and get stung from above. Pain starts within three days, but death is rare. 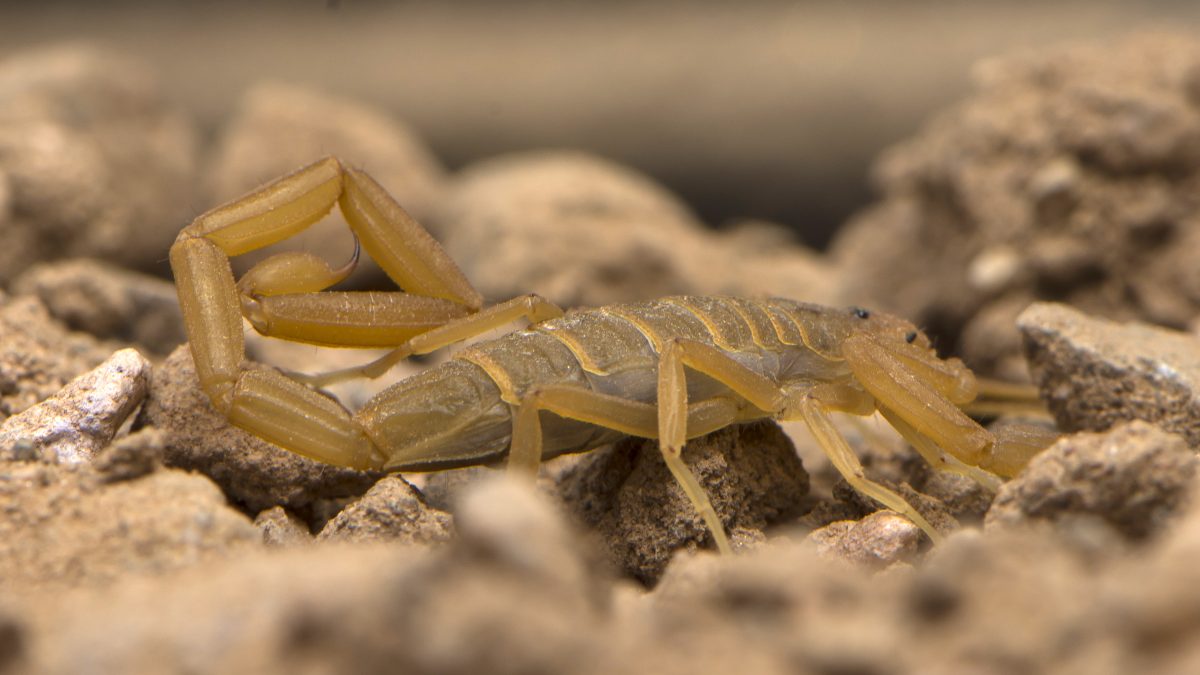 Found mostly in northern Africa and the Middle East, the Arabian fat-tailed scorpion, Androctonus crassicauda, is a wartime hazard. Its colors range from light brown to blackish brown, and it loves old, neglected buildings. These qualities make it a common problem for soldiers stationed in the region. Its venom is so potent that even at low doses, it causes severe pain. Fortunately, the antivenom has been around since 1942. 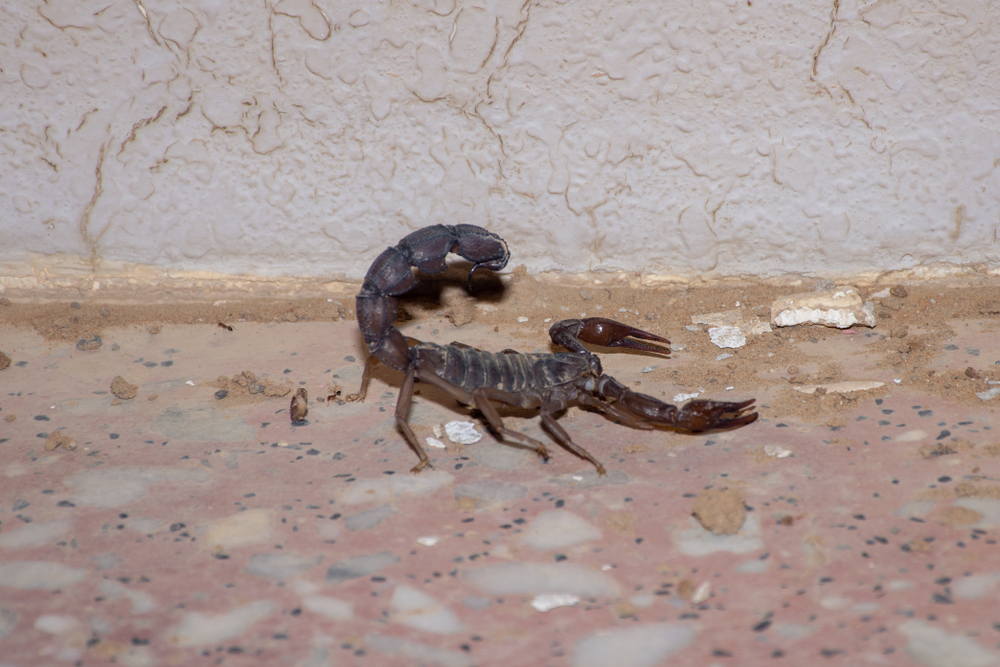 Measuring between 2 and 3 inches long, the Brazilian yellow scorpion, Tityus serrulatus, is one of the most dangerous arachnids in South America. The barb of this yellow-legged bug is responsible for killing approximately 1 to 2 percent of the region's more vulnerable citizens annually — more than half a million Brazillians have died from this scorption since the turn of the last century. 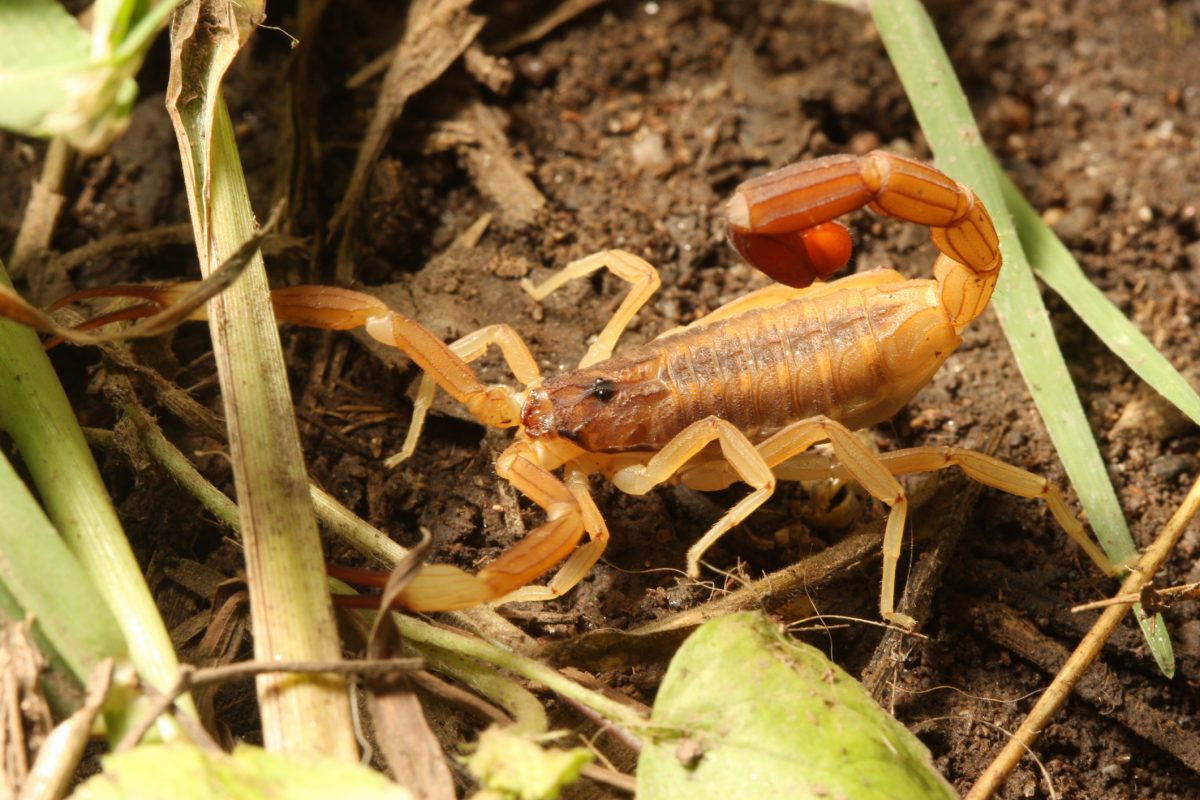 Zoologically known as Leiurus quinquestriatus, the deathstalker scorpion has a strike rate of almost 3 mph. Measuring between 3.5 and 4.5 inches, this deadly arachnid is found in the dry deserts of Northern Africa and the Middle East. Its pedipalps are weak, so it learned to move quickly when capturing prey. Deathstalker venom is extremely powerful. Just a small dose causes heart and respiratory failure in an adult human. 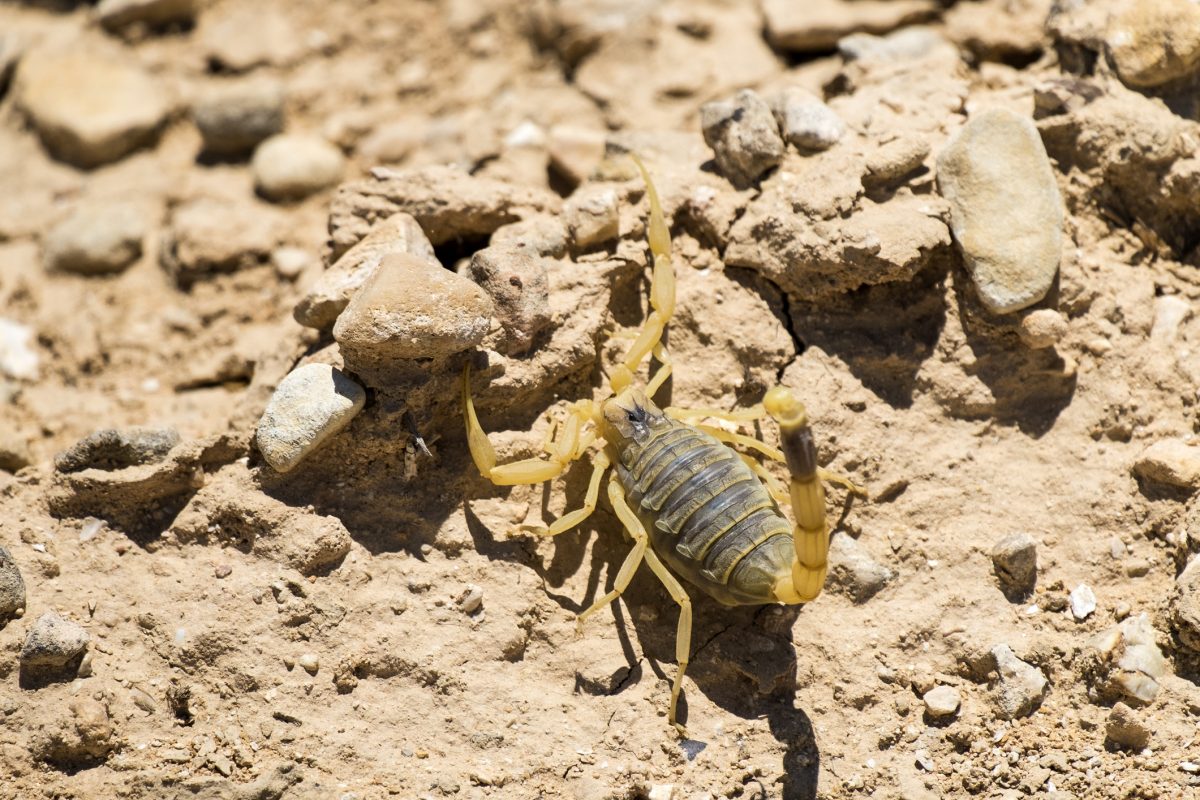 The Indian red scorpion, Hotentotta tamulus, is arguably the deadliest scorpion in the world. Endemic to India, H. tamulus gets its name from the bright color of its stinger bulb; its overall coloration can be reddish-orange or fluorescent green with blue or brown. While many scorpions reproduce asexually, the Indian red scorpion goes through an elaborate mating ritual, and afterward, the female may eat the male. Unfortunately, antivenom does not have an effect, which is partly why the fatality rate for this species is as high as 40 percent. 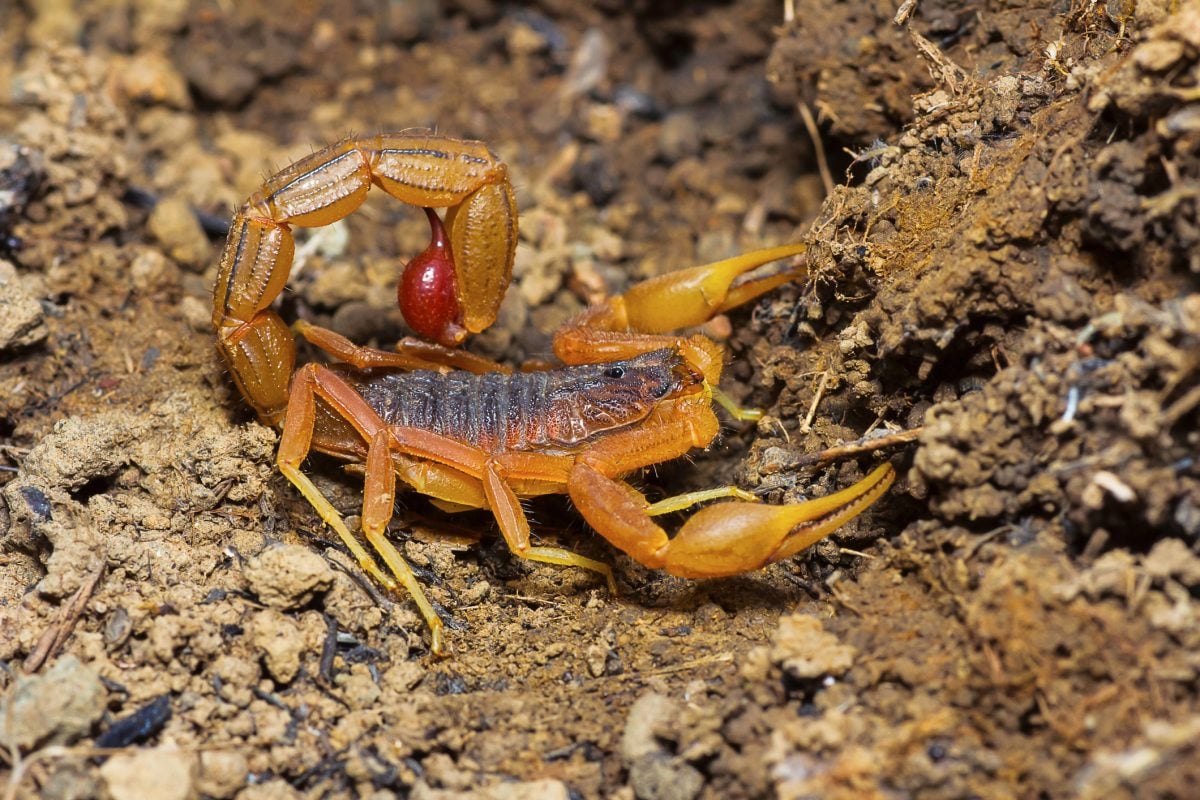 All scorpions are venomous — that is how they take down prey — but that doesn't mean they are all dangerous to humans. First of all, the larger the scorpion, the less likely it is to be dangerous. Bigger species often pinch with their pedipalps or pincers, rather than using their stingers. It is the small scorpions that are more likely to be toxic, especially if they have noticeably large, thick tails and small pincers. 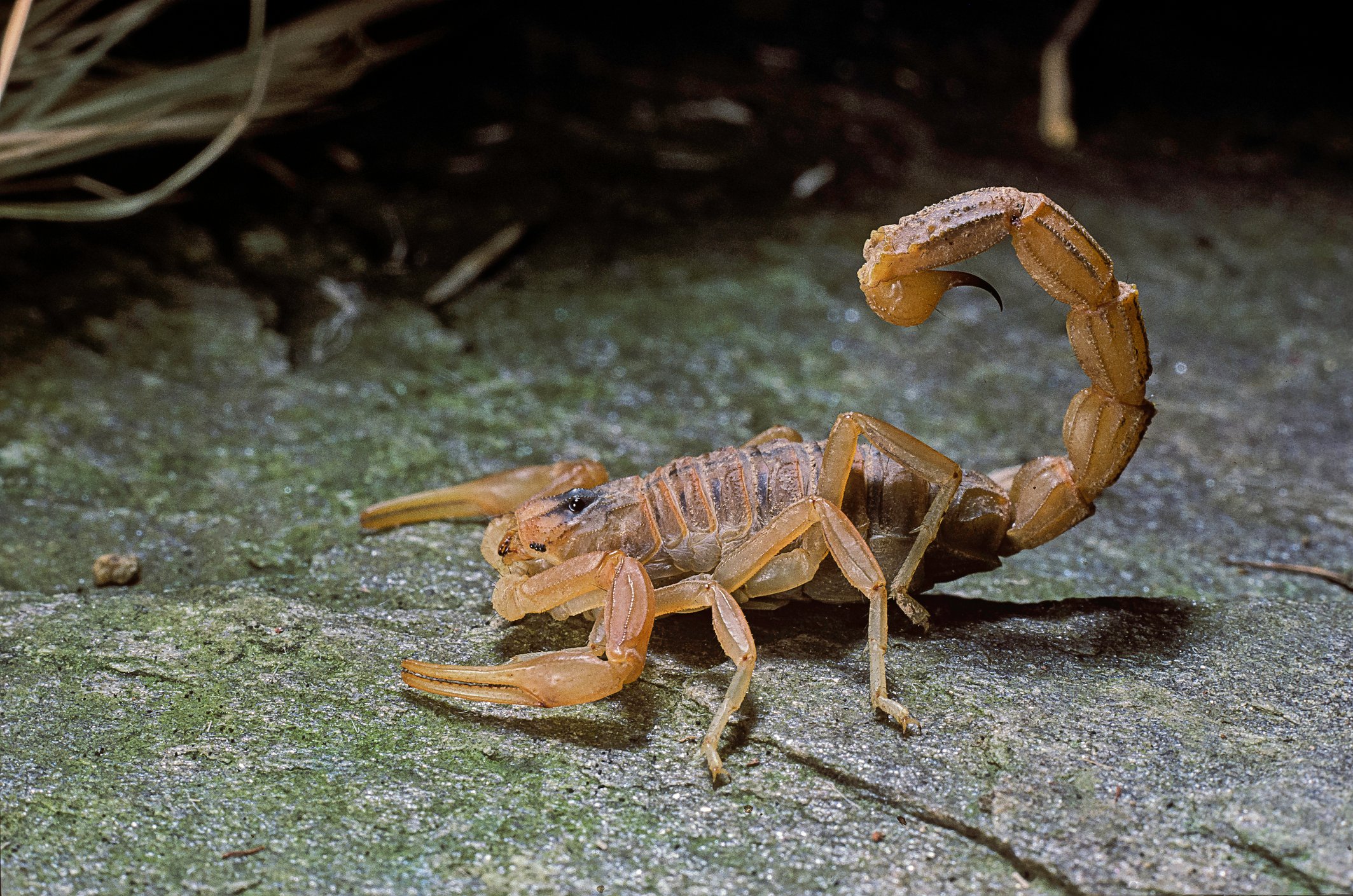