Why Do We Yawn and is it Really Contagious?

The human body is a strange beast. There are some things it does that even experts have no explanation for. One of the most common is yawning. We all yawn, and we all know when we're doing it. We do it when we're tired, we do it when we're bored. For such a small question, there's a huge amount of debate around it. While nobody really knows exactly why we yawn, there are a few theories that can go a little way in explaining.

It Wakes Us Up

One of the main hypotheses of why we yawn is the arousal hypothesis. Due to the fact we yawn more when we're tired, scientists hypothesize that yawning helps us to wake up. Increased fidgeting and stretching reset the range of sensitivity of the eardrum. When the eardrum is able to function right, we're more able to function in the world around us. 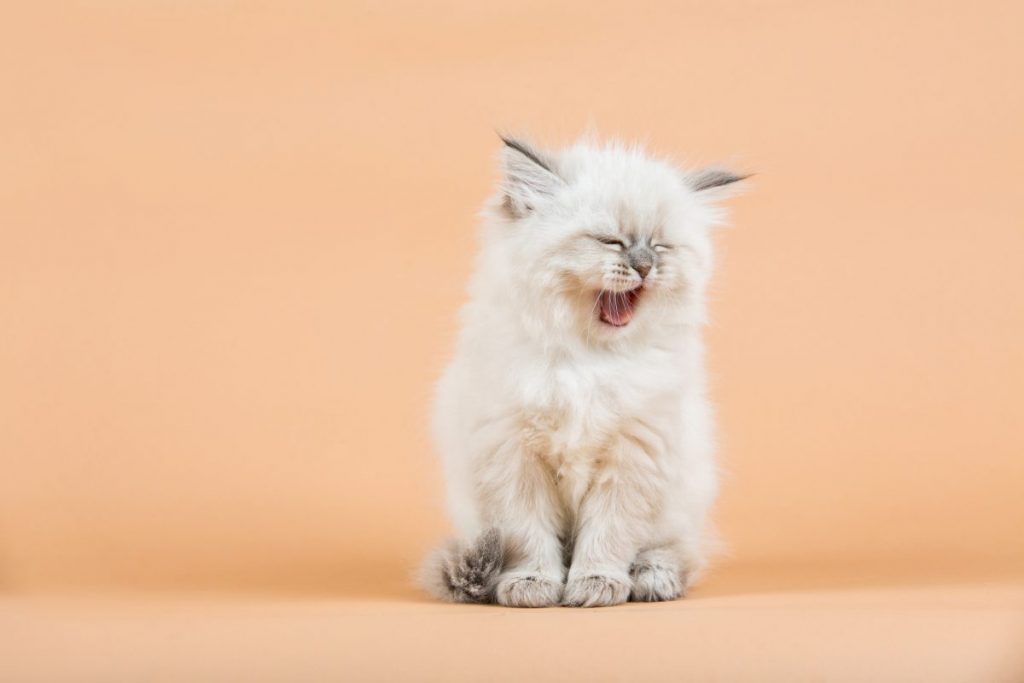 It Also Cools the Brain

Another theory of yawning proposes that yawning cools down our brains. Yawning is responsible for us inhaling a larger amount of cool air, which cools the blood that's going to the brain. According to those with this hypothesis, before we yawn, the body experiences a rise in temperature. It is, however, a theory that doesn't have a lot of evidence. While that's the case, medically induced fevers have been known to spur on increased yawning rates. So, a temperature change may have something to do with it. 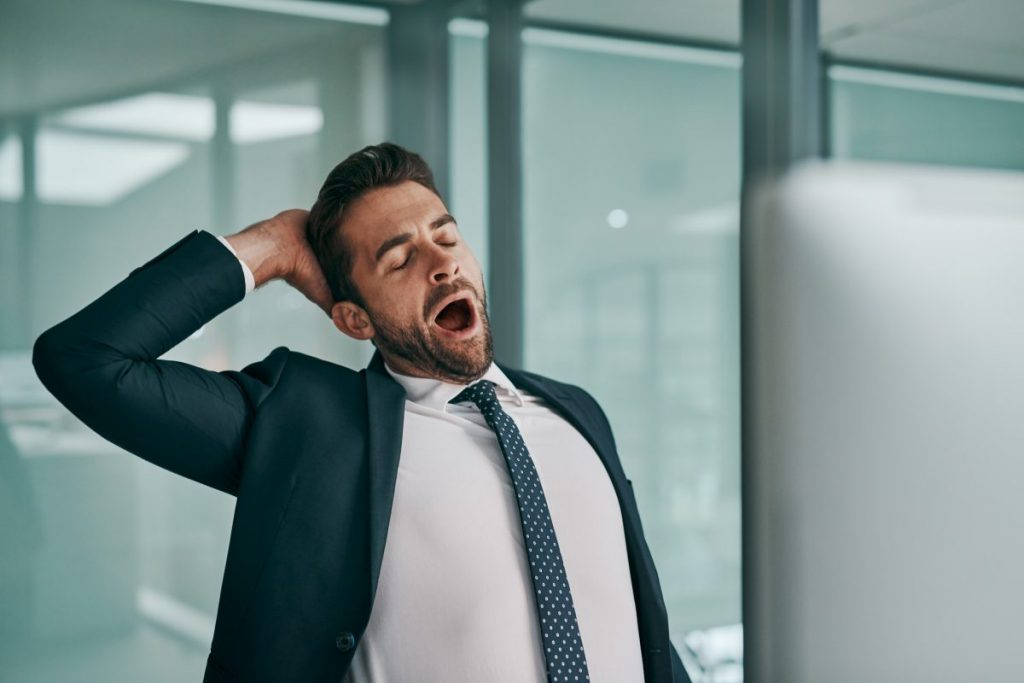 Some have theorized that yawning is an ancient reflex. This is due to yawning or yawning-like behavior having been observed in most vertebrates. If yawning is a behavior that's been passed down via evolution, then it must also be a social behavior. In this theory, which is related to the arousal theory, yawning is a way of telling others that we're becoming lower in energy or vigilance. Thousands of years ago, this would have been an important way for tribes and sects to stay focussed. Protecting each other is such an innate human behavior, but that doesn't explain why we pass the yawning on. 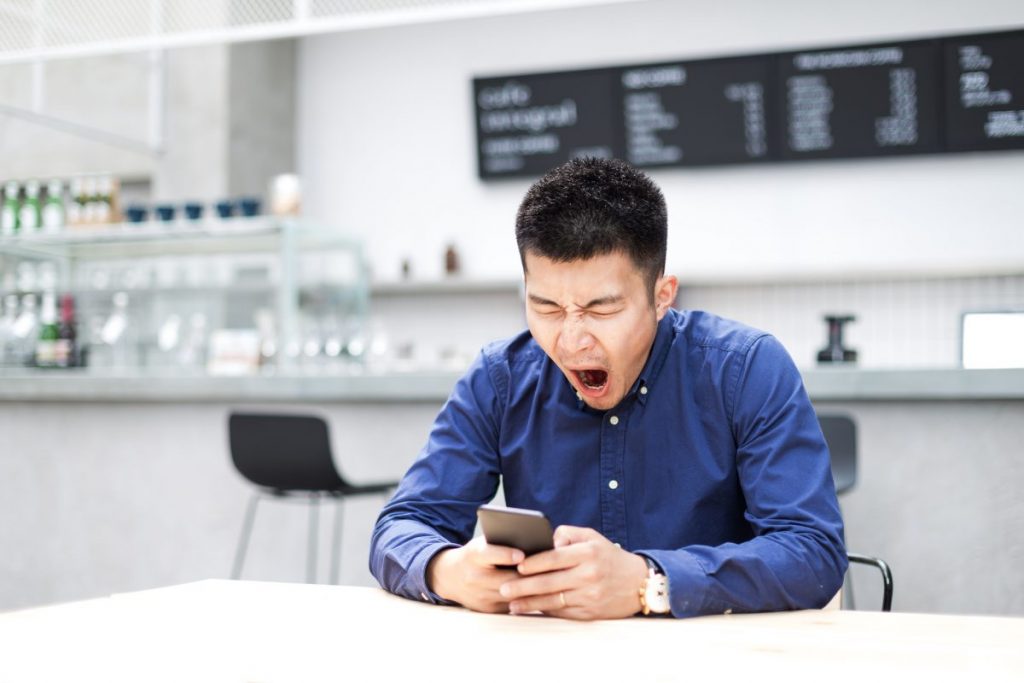 Cortisol is a hormone that increases with stress. Stress triggers yawning, which could also very well be part of the evolution of the species. Removal of the adrenal gland also prevents yawning behavior. The adrenal gland and stress are so heavily linked. If you've ever heard of the "fight or flight response", for example, it's a stress-induced adrenaline rush to blame. Additionally, if stress does play a part in yawning, it may also explain why we yawn when we're feeling uncomfortable. 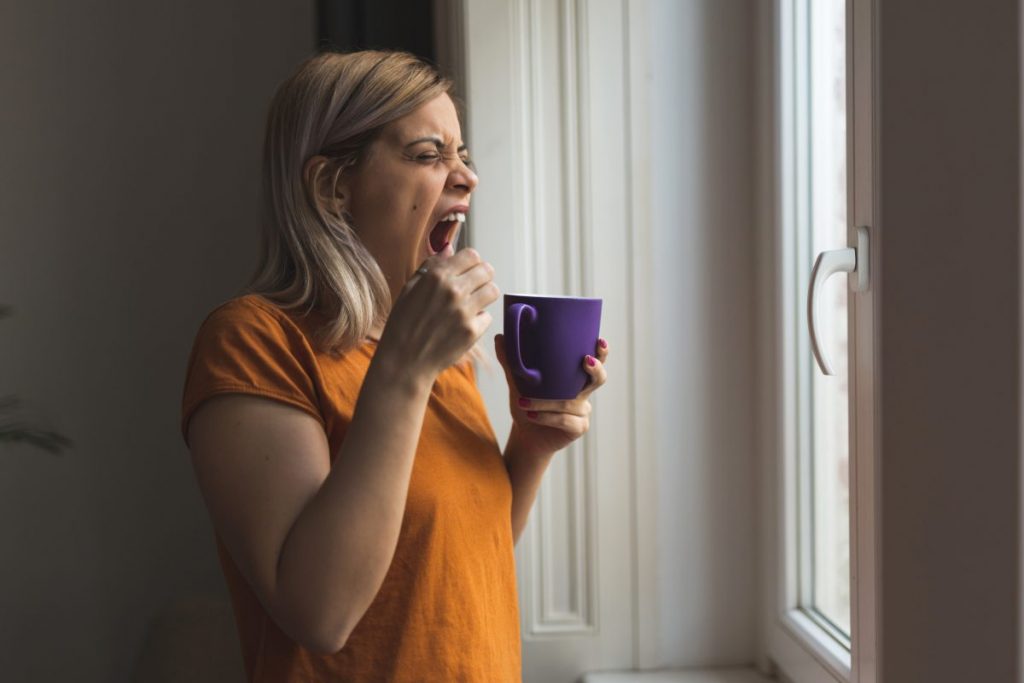 Because yawning is evident in cases where hormones are altered in some way, it is clearly somehow related to empathy. As a result, dopamine is also known as "the happy hormone". Individuals who have depression or anxiety have what is understood to be a chemical imbalance in the brain. Doctors will usually subscribe antidepressants as a treatment, as they tend to increase the amount of dopamine in the brain. Where dopamine comes into yawning is studies on patients who have Parkinson's disease. As a result of low dopamine levels, individuals with Parkinson's don't yawn as frequently as others. 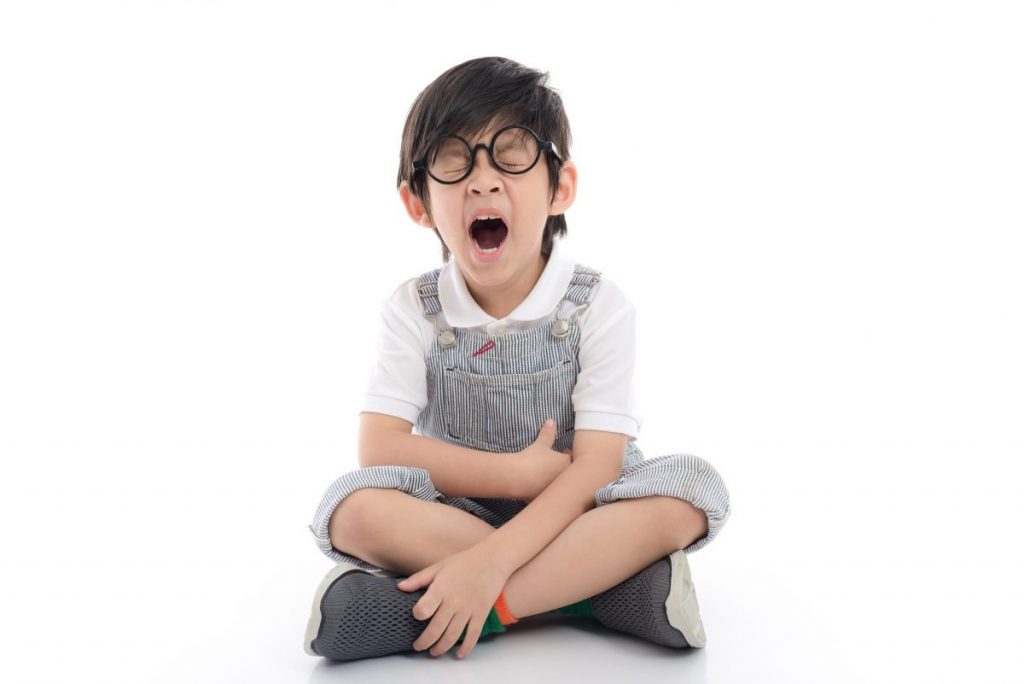 We know caffeine as the go-to for most of us when we have to wake up early or quickly. That said, too much caffeine can have an adverse effect on us, making us tired instead of waking us up. This is because, as with most substances, our body needs more and more of it to keep on going. When the caffeine wears off, you might experience a rapid energy drop and consequential yawning. The caffeine crash is one of the worst parts of any day, and the more coffee you consume, the more exhausted you'll become. The yawning is merely a symptom of a greater disease—coffee. 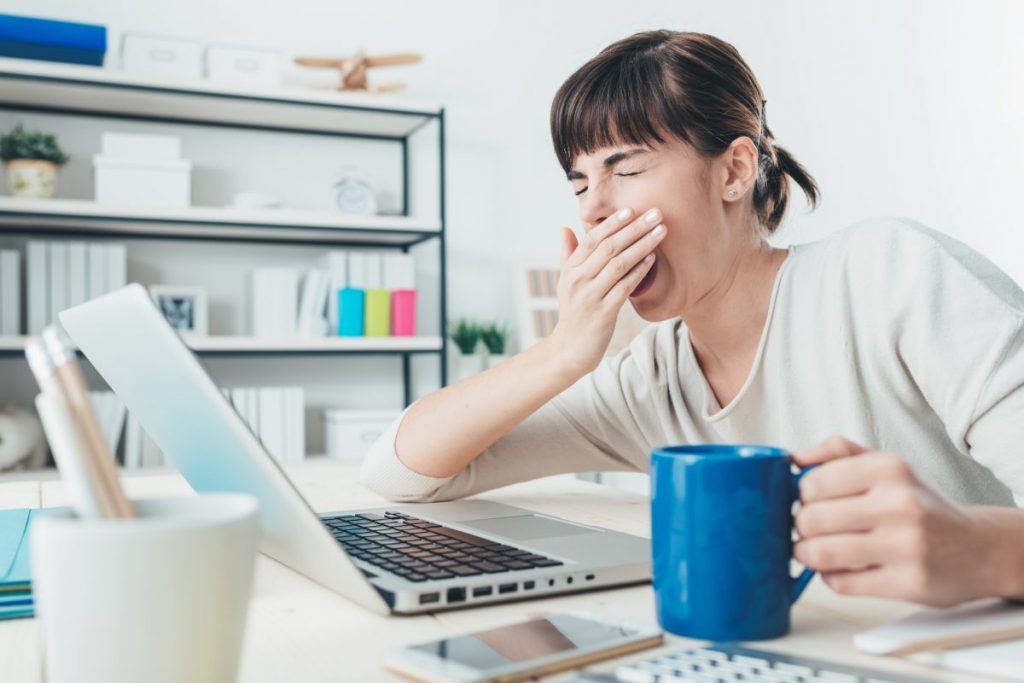 When we're bored or tired, we don't breathe as deeply as we usually do. Have you ever noticed when your pet is asleep that their breaths get shallower and slower? The same science explains this. Deep breathing causes your heart rate to increase, pushing more blood to the brain. This is theorized to be due to our bodies taking in less oxygen when we're tired, yawning helps us to bring more into the blood. As a result, we feel more alert. 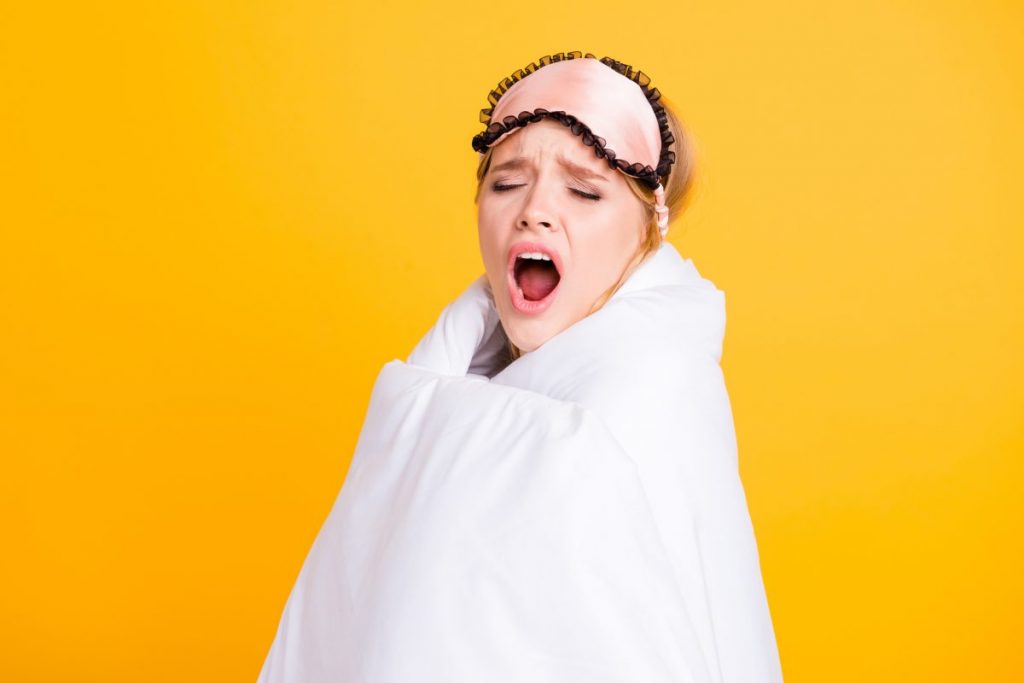 Why is Yawning Contagious?

There's a name for a yawn that passes from person to person. We call this universal phenomenon "contagious yawning". And it is 100% scientifically proven echo phenomenon. What that means is that yawning is an automatic imitation of another person, likely linked to the pack mentality. Although exactly why we "catch" yawns still needs far more research. 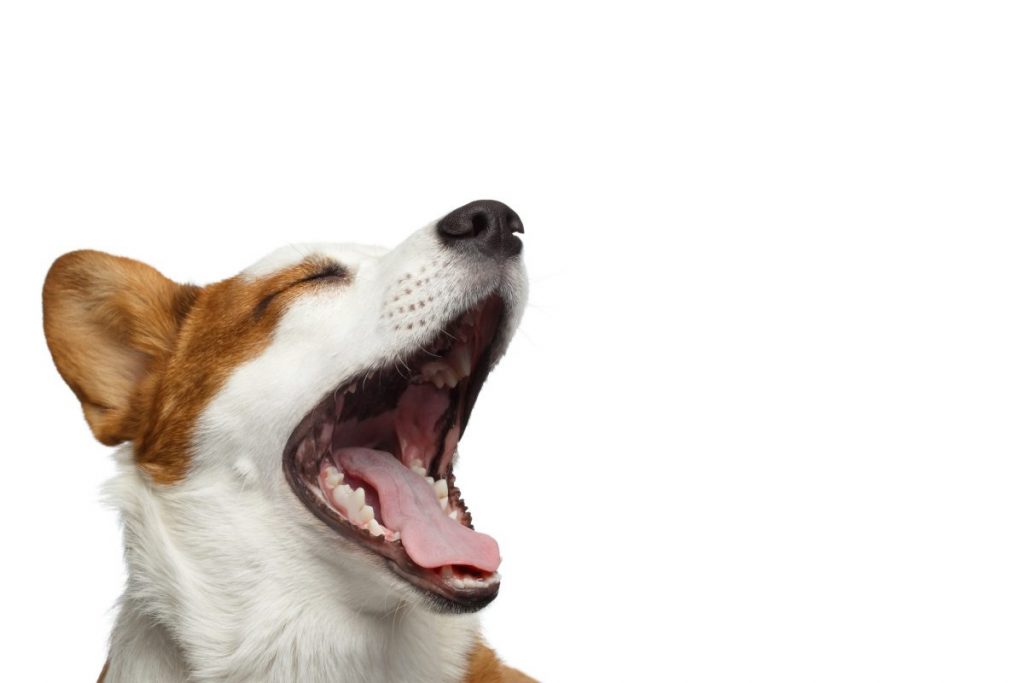 Is it Evidence of Empathy?

While there are studies that "prove" otherwise, the theory that contagious yawning is related to empathy still counts. As well as pack mentality, echo phenomena or mimicry might also be a product of empathy. This could explain why children with autism spectrum disorders are seemingly immune to yawning when they see someone else doing so. It could also explain why neuro-typical children don't seem to pick this up until they are several years old. 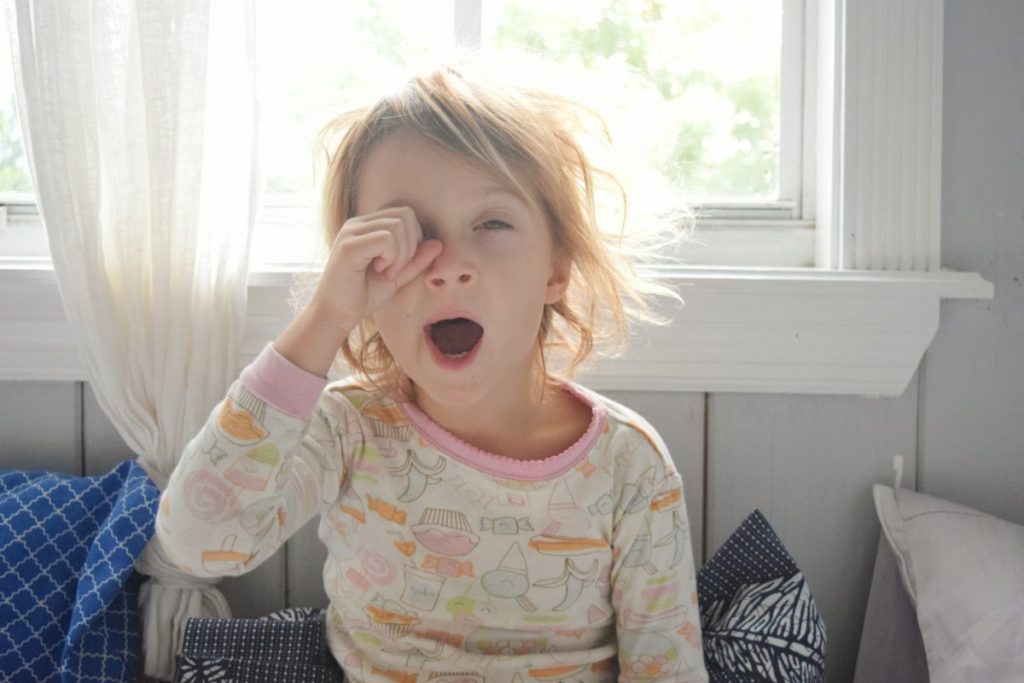 Can I Prevent a Yawn?

You can try. Stifling a yawn is hard if it's contagious, however, if it's due to fatigue, there are ways to counteract it. One of the ways you can go about keeping from yawning is to inhale deep breaths through your nose and exhale through your mouth. Similar to the way you would when exercising. An alternative way is to drink an iced beverage or to keep the environment that you're in cool. If this doesn't help, you might just be tired. 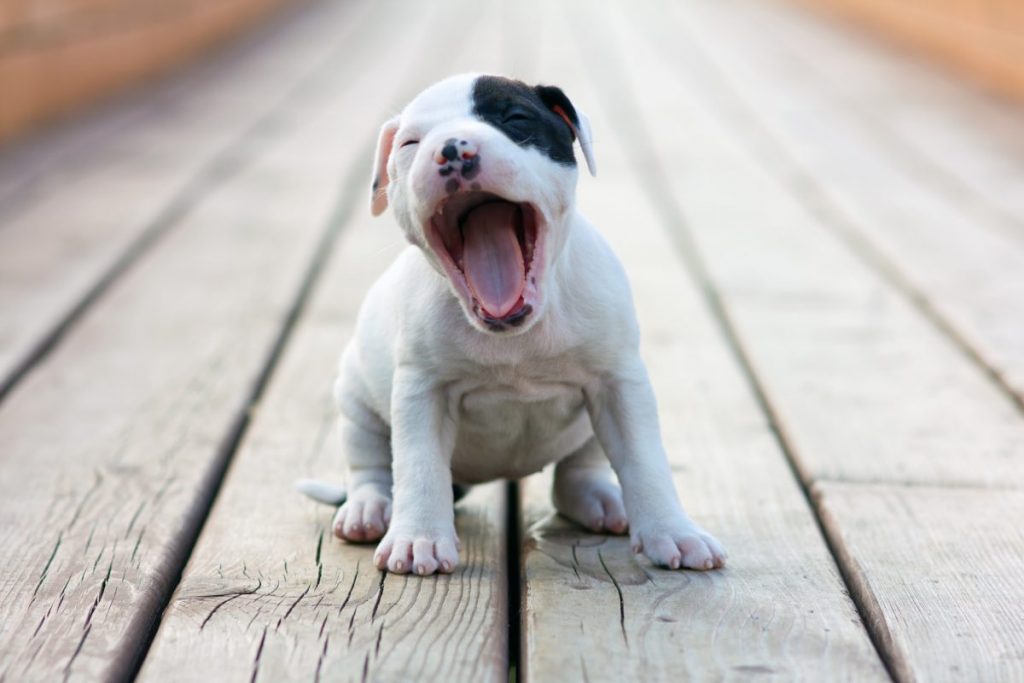