Why Do Dogs Howl?

It may be difficult to remember that your cuddly canine companion is descended from wolves, but sometimes they do little things that make it obvious that their origins were that of the wild. Howling is one of those things.

If you've ever wondered why your dog howls, read on to discover the most common causes. There can be many reasons, but occasional howling is a natural and normal behavior for many canines. If it is becoming a problem, this article will also give you some tips and tricks to help deal with excessive howling.

One of the most common reasons that dogs howl is simply as a response to another howling sound. This is an instinctive behavior that traces back to their days in a wolf pack, which use howling as an important communication tool. Howling carries over long distances, so far-flung members of the pack can hear it and trace it back to its source. It also warns other dogs who aren't members of the pack that this area is occupied. This is also why dogs howl at sirens. The high-pitched noise reminds them of another dog howling. 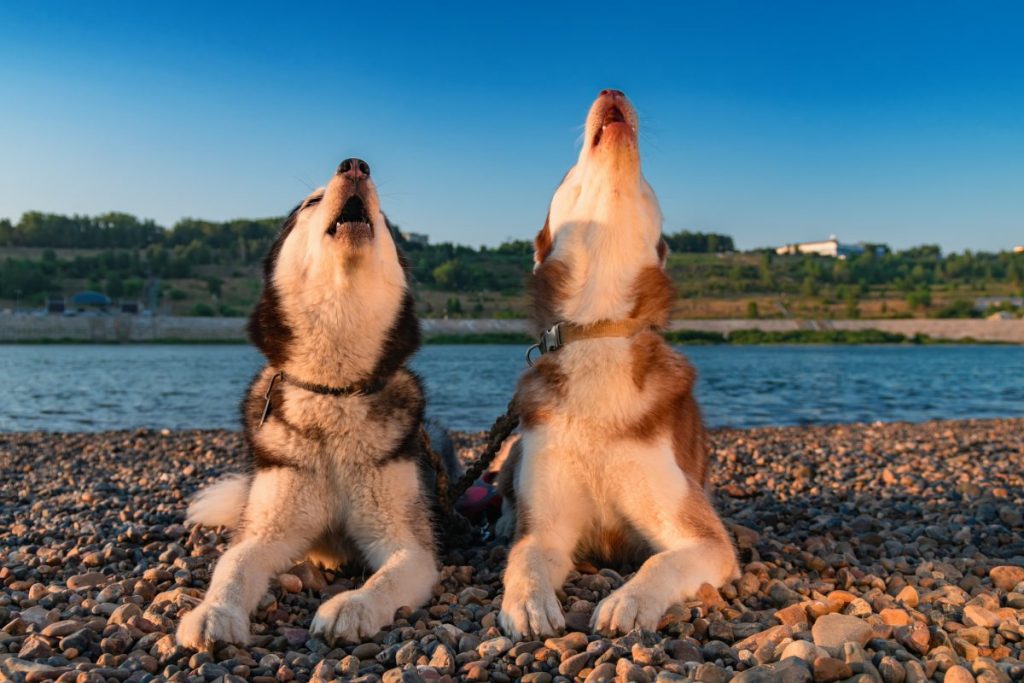 Dogs are smart, social animals, and they can get bored or lonely easily. Some dogs use howling to get the attention of their owners or other dogs. Many dogs just use barking to achieve the same goals, but the unusual noise associated with howling can sometimes be more effective. They may also just howl because it's fun to make noise when there isn't much else to do. 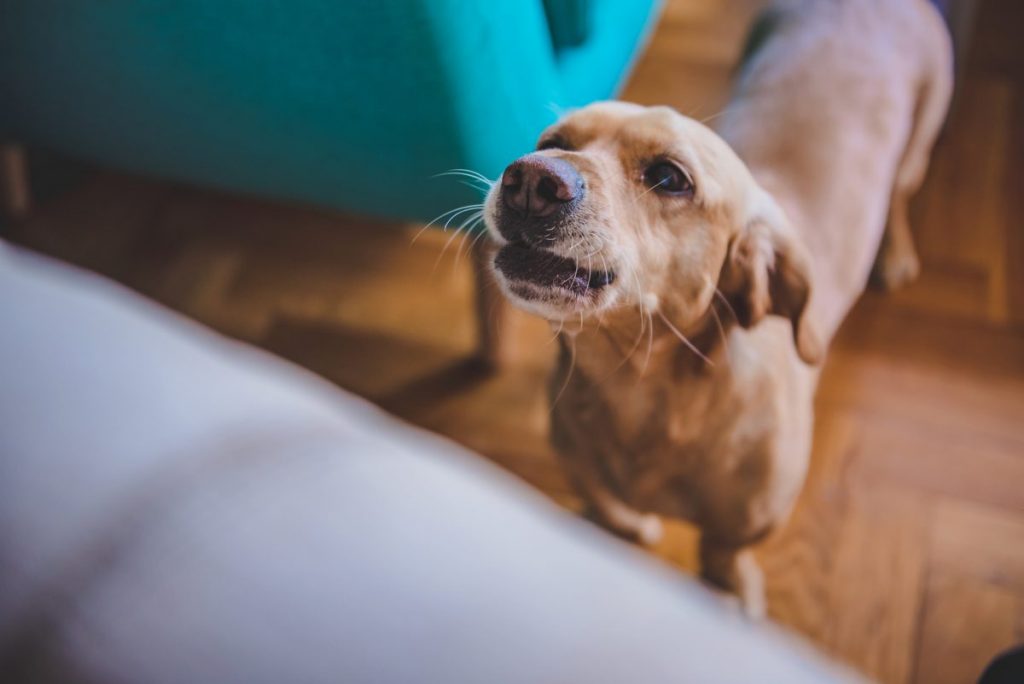 Dogs who suffer from separation anxiety might also use howling as an attempt to get attention, but for them, it rises to unhealthy levels. Dogs with separation anxiety may howl for hours on end and may engage in other destructive behaviors. These dogs usually need the help of a trainer and veterinarian to help them overcome their fear of being left alone. 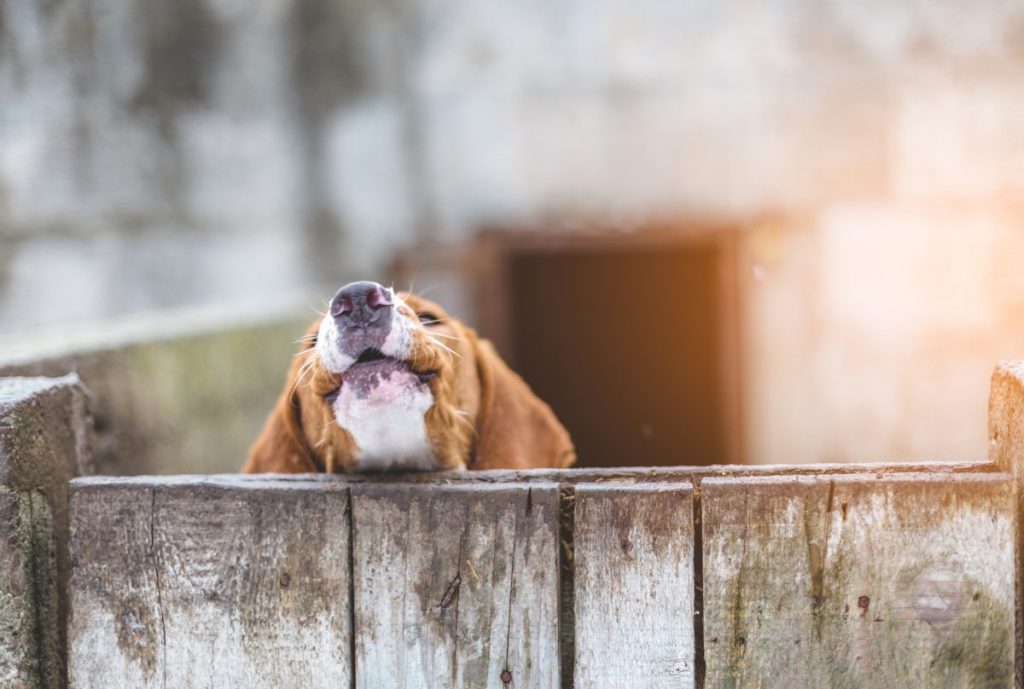 There's no sound quite as attention-grabbing as a howl, so some dogs use them as a way to alert their owners to important things. Some hunting and tracking dogs use a modified form of a howl, called baying, to let their handlers know when they've found a scent or a prey animal. Other dogs will sit and howl if they stumble upon something exciting or threatening while on a walk. This is often mixed with excited barking or whining. 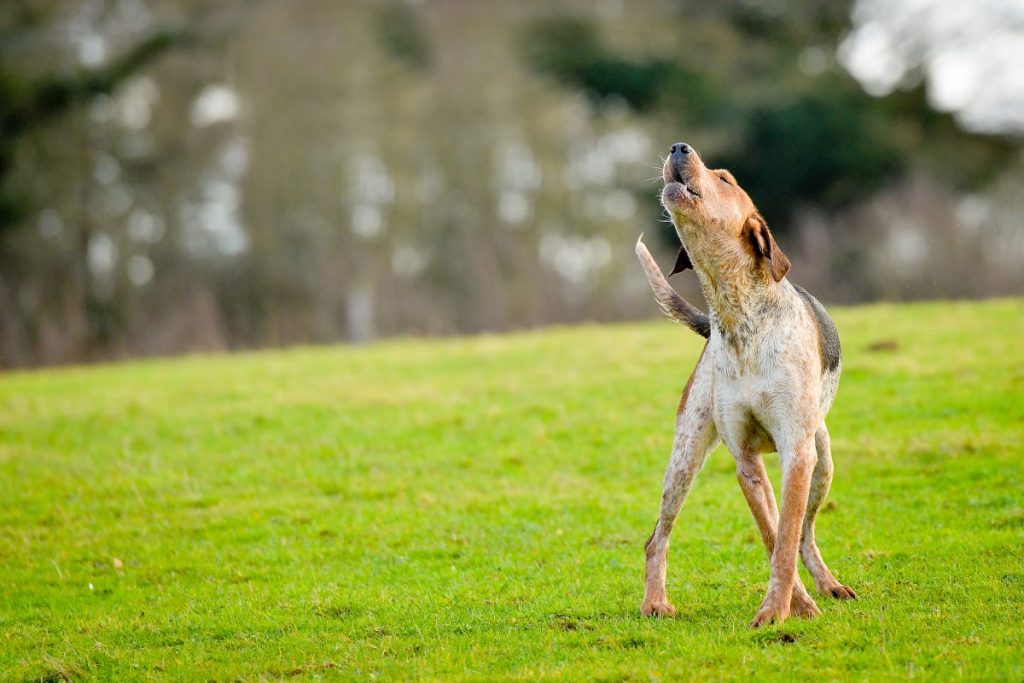 Since howling is such an old, instinctive behavior for getting attention, some dogs will also use it if they're hurting. If your dog suddenly starts howling for no apparent reason, it might be a good idea to visit your vet to rule out pain as a cause. Howling due to pain may also come with other symptoms, such as restlessness, excessive panting, licking, and whining. Sometimes these symptoms can be subtle and easy to miss, and there may not always be a visible injury to go with it. 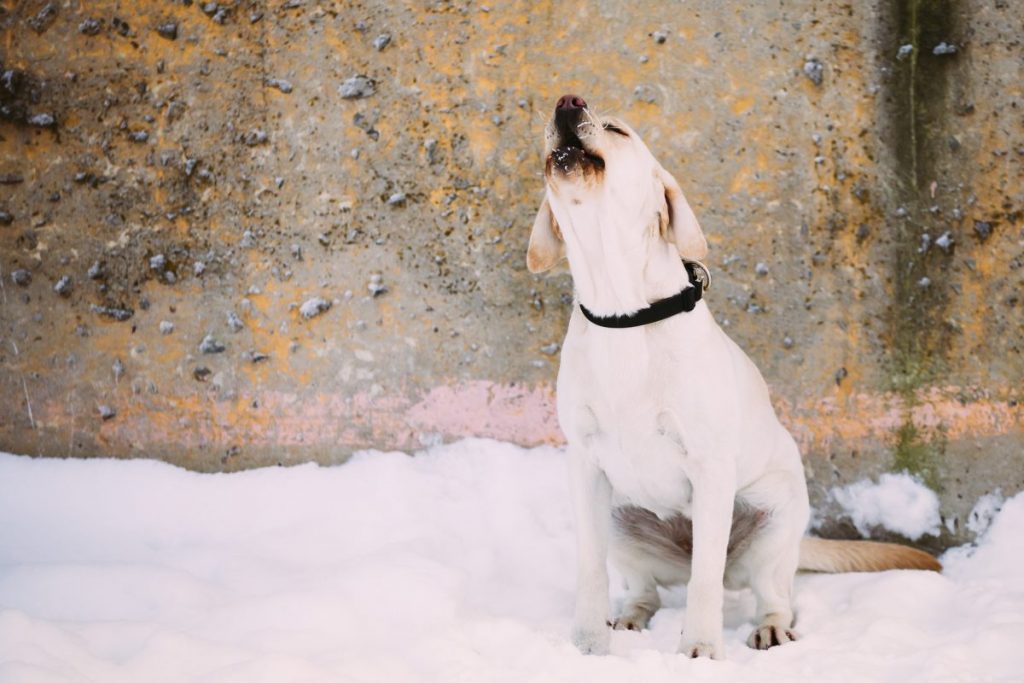 As a Bonding Experience

Sometimes there isn't a deeper meaning behind a howl. Instead, your dog might just be doing it because it's fun and because others are doing it, too. This is particularly true if your dog howls in response to music, singing or other dogs howling. They have a strong desire to join in with the pack and have shared social experiences, so they might just be howling together because it's a fun social activity. 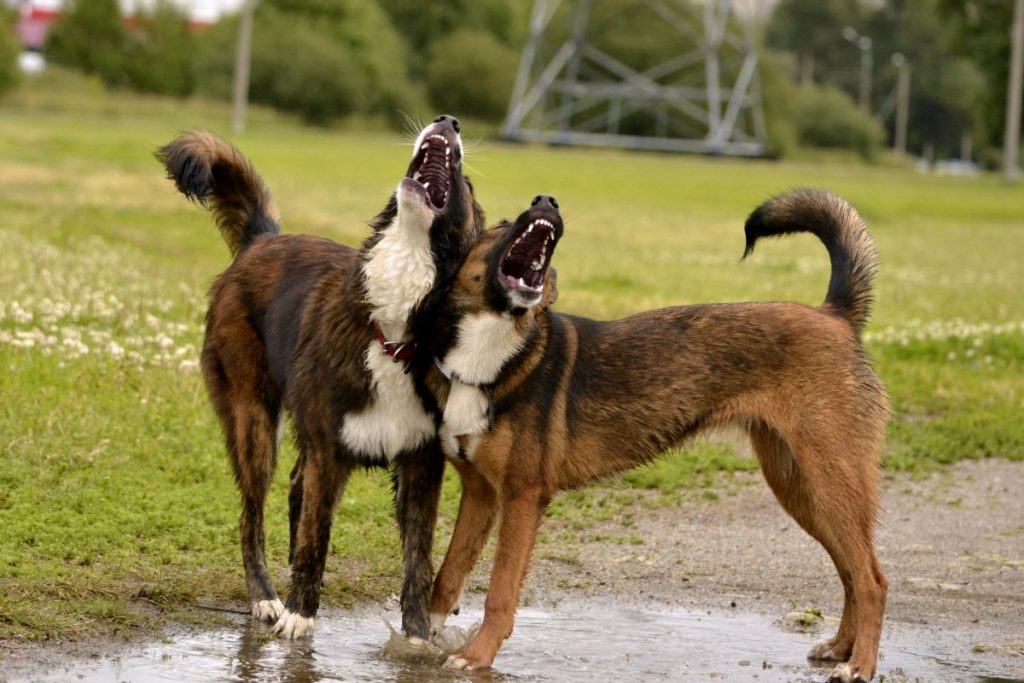 When Howling Becomes a Problem

Since howling is such a strongly ingrained behavior, it can cause problems at times. Most dogs only howl rarely, but some enjoy howling so much that they do it too much. This may cause problems with your neighbors or simply get on your nerves. Once you've taken your dog to the vet to rule out any physical issues that might be causing the problem, there are a few things you can try to teach your dog not to howl--or at least not to howl so often. 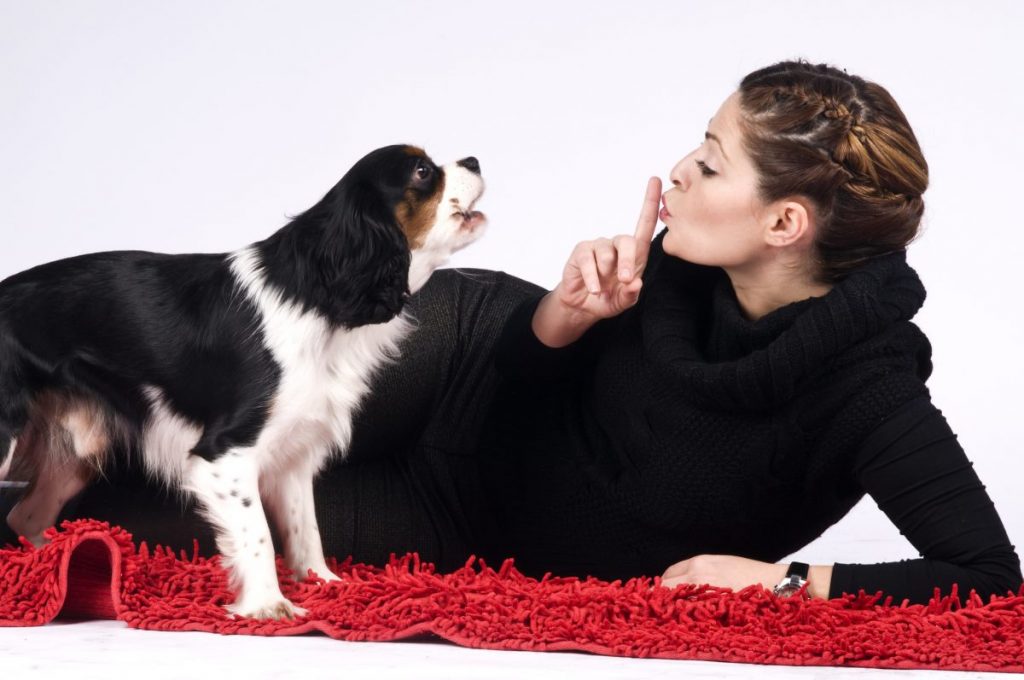 Since many dogs howl for attention, the first step is to simply ignore the behavior. It might be tempting to give in, but remember that even negative attention can be rewarding for a bored dog. Yelling at your dog may even encourage him to keep howling because it seems like you're joining in and barking along with him. Instead, stay quiet or even consider leaving the room until your dog is quiet. Once he stops howling, give him attention to reward him for his quiet behavior and show him that being quiet gets him what he wants. 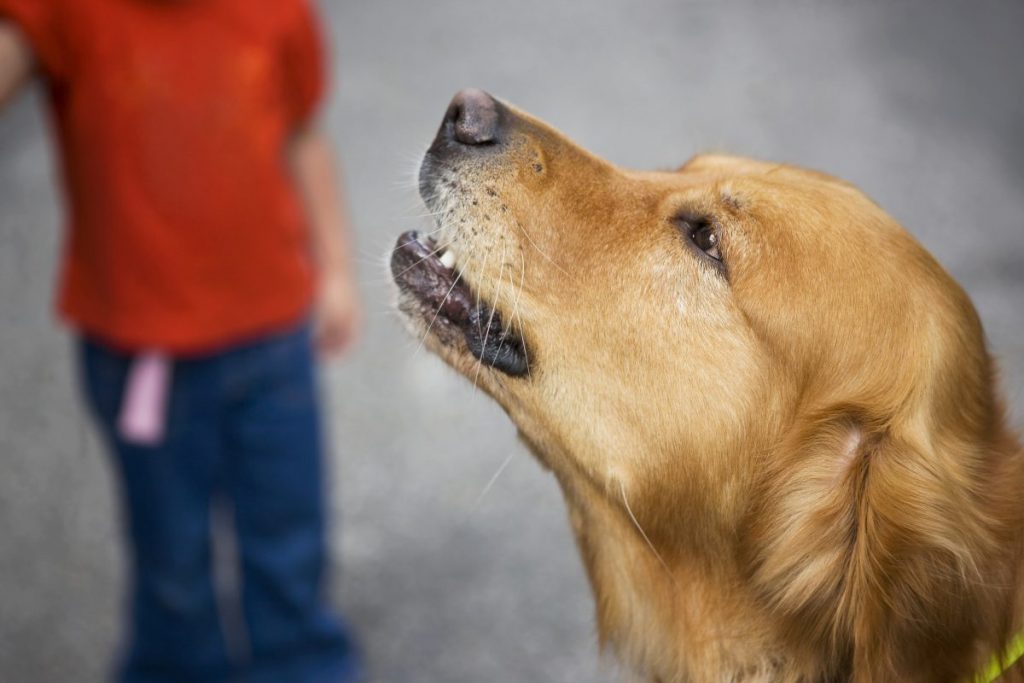 Give Your Dog Things To Do

A lot of excessive howling is caused by boredom, so a good way to fix it is to ensure your dog isn't bored. Make sure he is getting plenty of exercise every day. Mental stimulation is just as important as physical work, too, so try games like fetch and quite to give your dog things to think about. Training sessions are also a good idea, even for well-behaved dogs. Trick training is a good way to both exercise your dog's mind and create a stronger bond with him. Teaching a "be quiet" command can also help you put a stop to future episodes of howling. 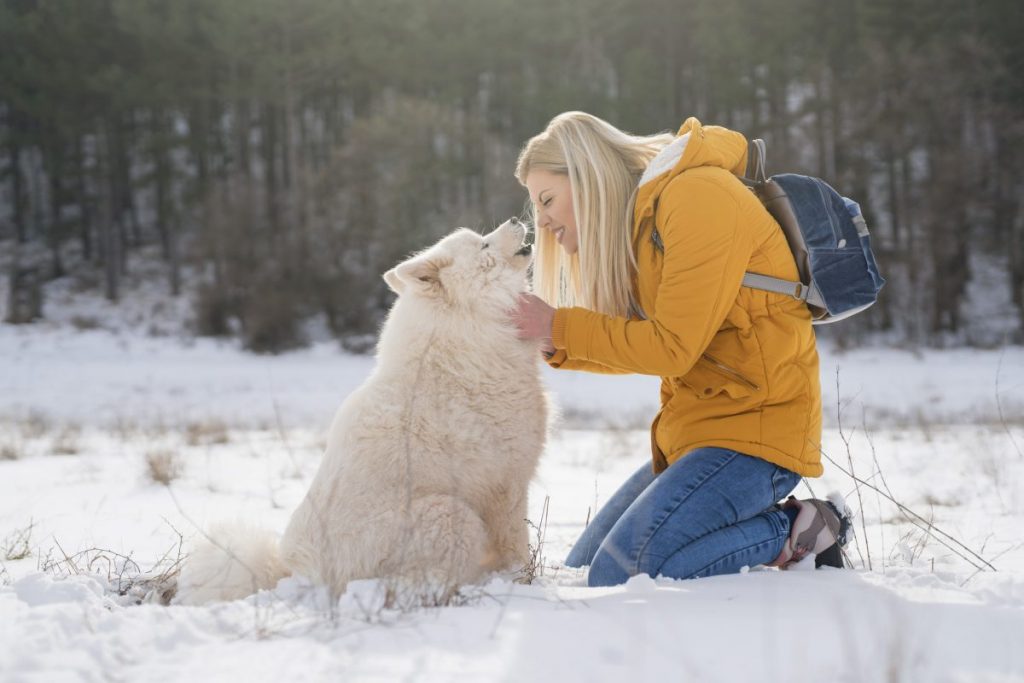 Spend Plenty of Time With Your Dog

Howling is also a plea for more social attention, so make sure your dog isn't alone too long. Make sure to spend quality time together as often as you can, even if it's inconvenient. If you work long hours that make this difficult, consider taking your dog to doggie daycare, or try hiring a dog walker to spend time with your dog during the day. It isn't quiet the same as spending time with your dog yourself, but it can help meet his social needs so he doesn't feel the need to howl. 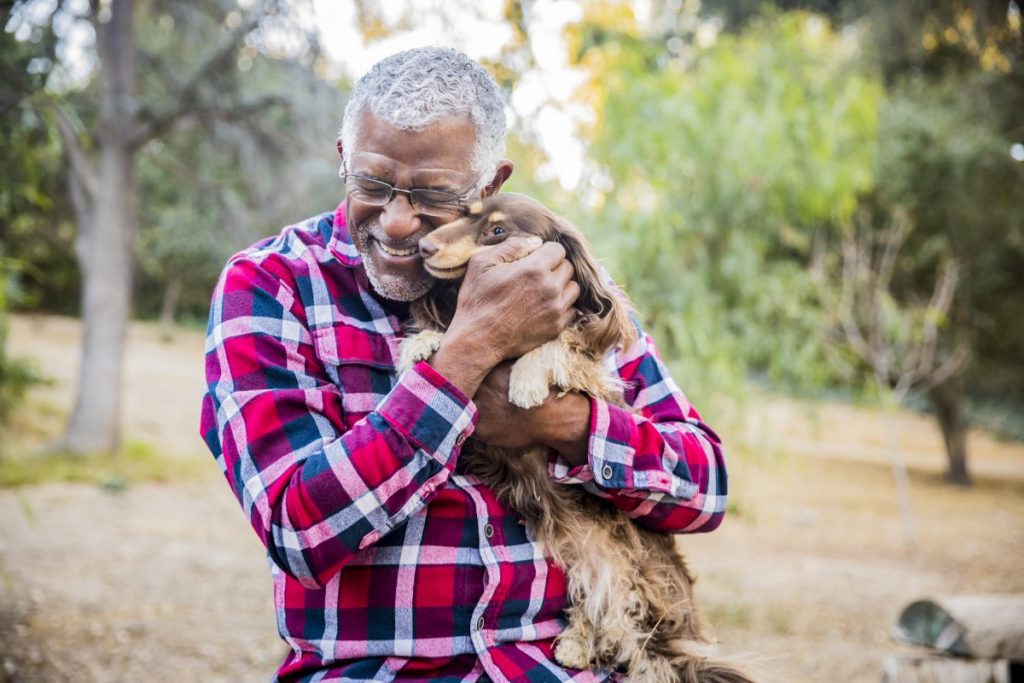