What's the Difference Between Hypertonic, Hypotonic, and Isotonic?

When a plant wilts, it slumps and becomes a soft mess. Wilting occurs when water leaves the cells of the plant and disturbs its internal pressure. This is an example of one of the three types of tonicity. A solution can have three categories of tonicity relative to another solution: hypertonic, hypotonic, and isotonic. Along with osmosis, tonicity is integral for biological systems to operate properly. Each type of tonicity describes how osmosis will occur between different solutions.

To understand tonicity, it is important to first understand osmosis. The net movement of water across a semipermeable membrane from an area with a lower solute concentration to an area with a higher solute concentration is osmosis. A solute can be any material or cell that a solvent dissolves. Together, they form a solution. In the human body, solutes can be sugar, urea, potassium, or a variety of other materials. Osmosis is the primary means through which water enters and exits cells. 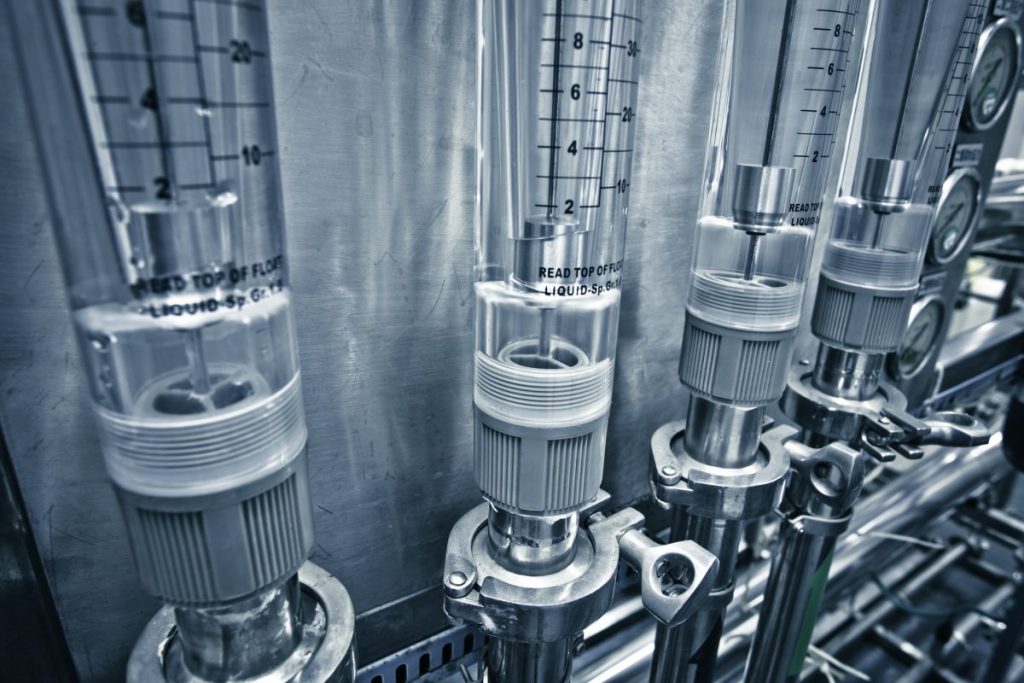 How and Why Osmosis Occurs

When studying osmosis, it is easier to envision the cells as a jar with two compartments full of water. A membrane splits the jar in half and separates the compartments. If neither compartment contains any solutes, the water will move through the membrane freely and equally. However, if one jar has a higher solute concentration than the other, the water is less likely to exit the area with the solutes. Most scientists support that the reason for this is that the solute molecules are bouncing off of the membrane and physically moving the water molecules away from the membrane. 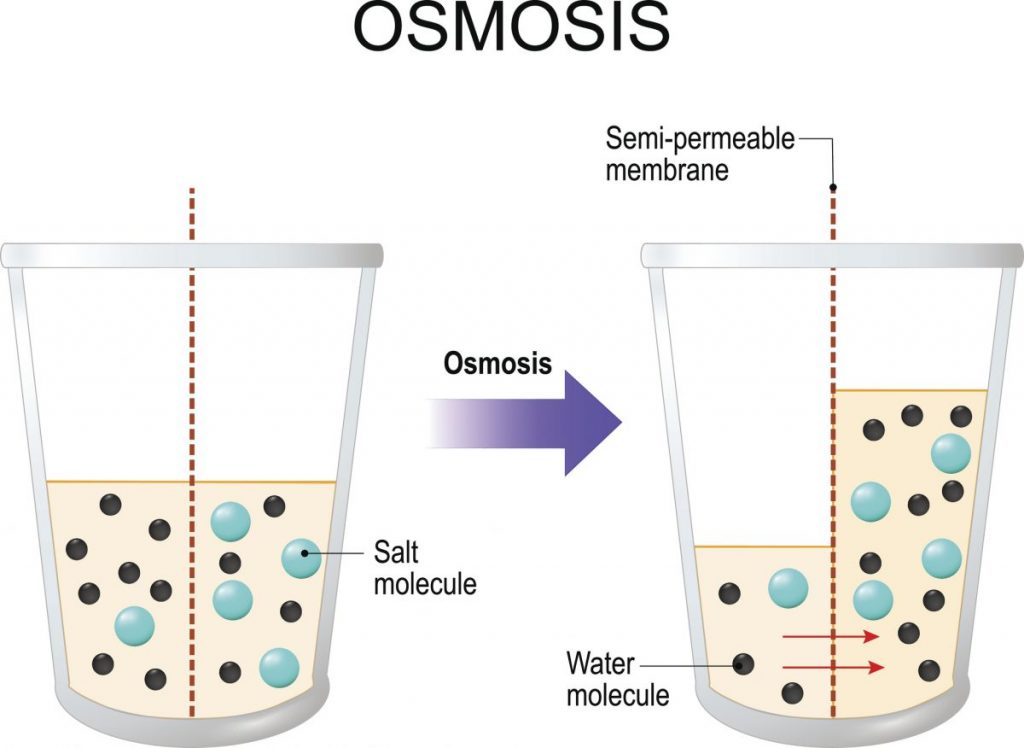 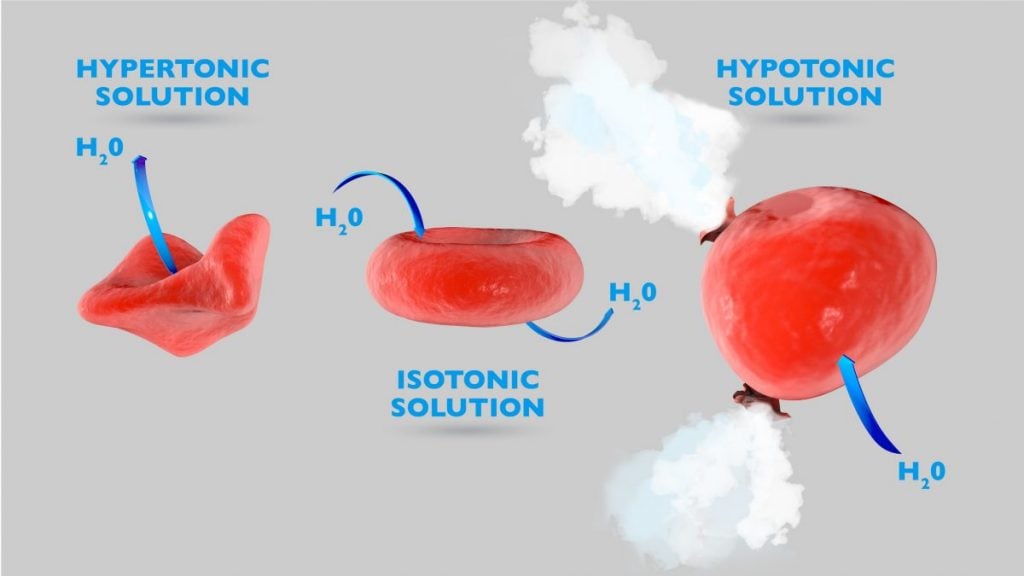 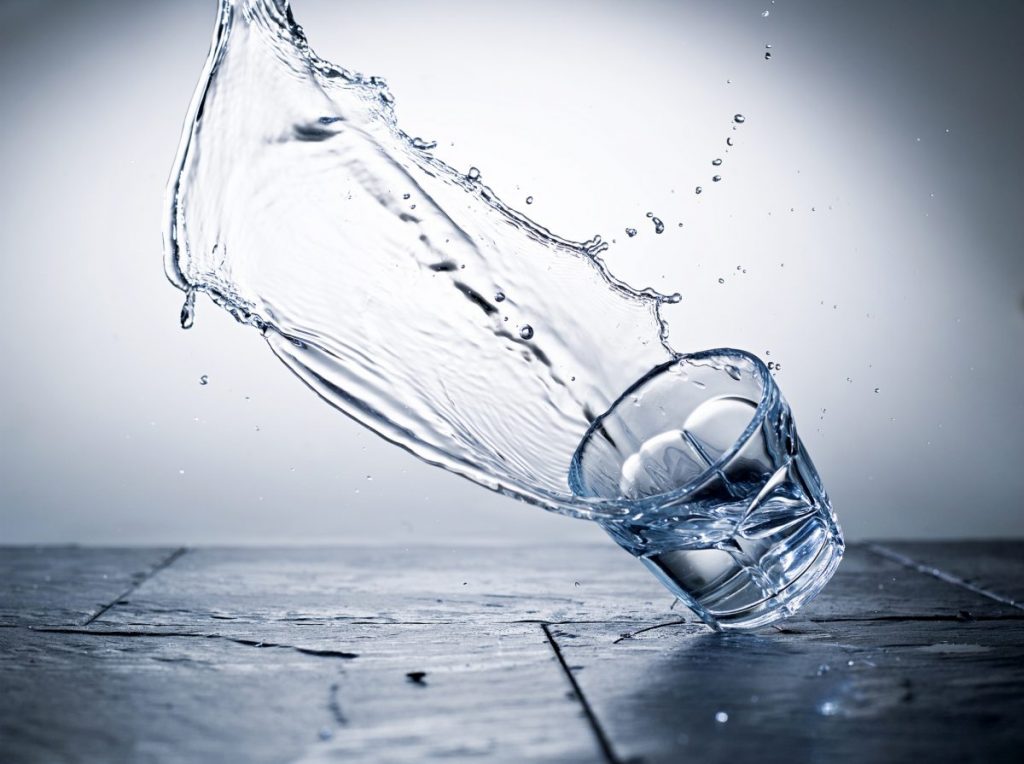 Without adequate water, plants will wilt and lose their rigidity. This is an example of hypertonicity. Water has traveled from within the plant cell to the fluid outside of it. Without the water pressing against the cell walls, the cells and the plant lose turgor pressure. If the plant receives water, it will be able to regain its rigidity. In humans, if red blood cells enter a solution that has a higher solute concentration, the loss of water will cause a number of the cell’s functions to fail. 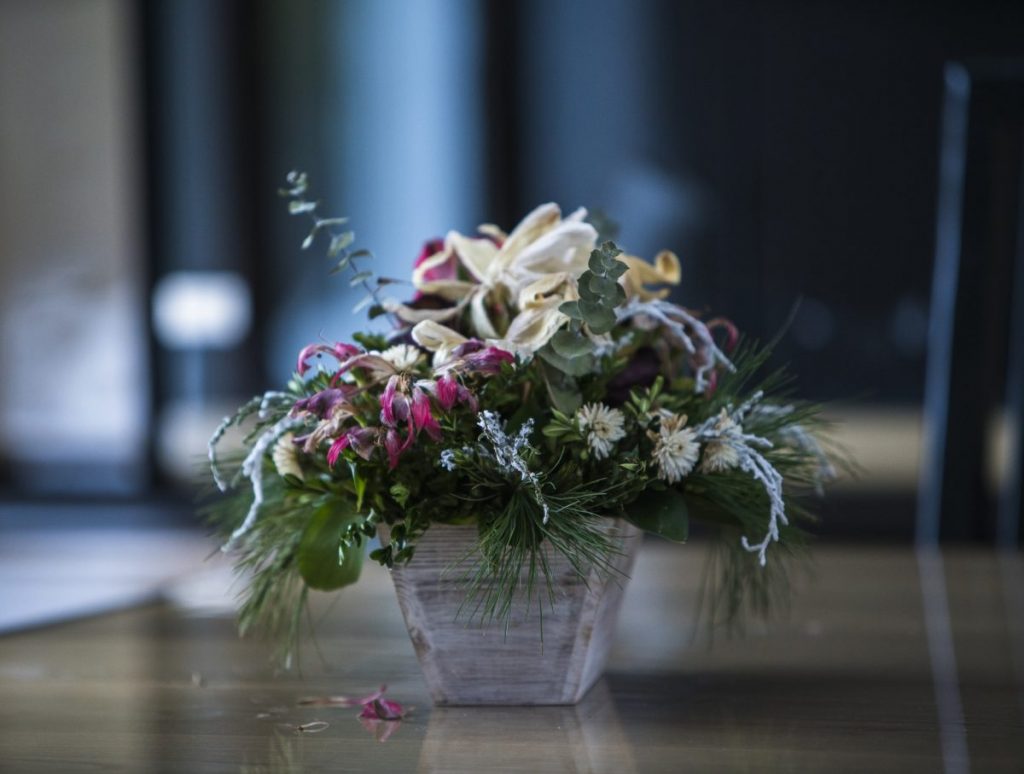 Some creatures and organisms have developed methods to protect against or compensate for hypertonicity. Saltwater is hypertonic to the fish that live within it. Because of this, fish naturally lose a significant amount of water. This occurs when the fish perform a gas exchange with the sea water. To compensate for the loss of water, fish consume large amounts of the saltwater. They then excrete the excess salt. This is the process of osmoregulation. 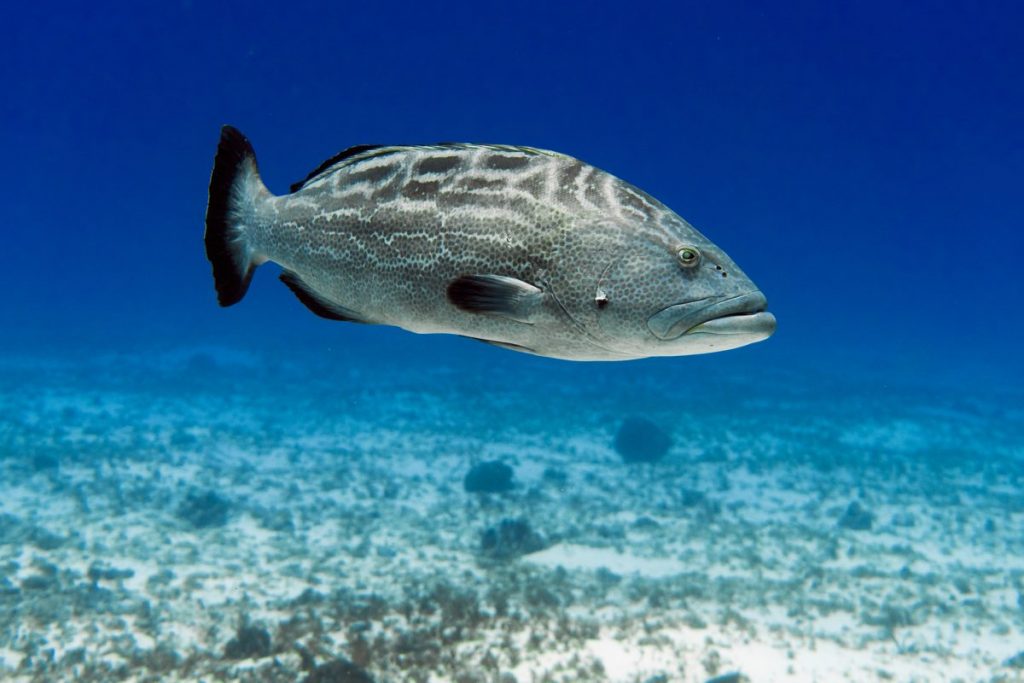 If a cell has a higher osmotic concentration than the fluid around it, the fluid is hypotonic to the cell. In turn, this means that water is more likely to travel from the fluid into the cell. This can cause the cell to appear bloated or turgid. Animal cells do not possess cell walls. Without a protective cell wall, excess diffusion of water into the cell can cause the cell to rupture. However, in plants, the cell wall protects the cell. This contributes to the turgor pressure of the plant and provides for greater rigidity. 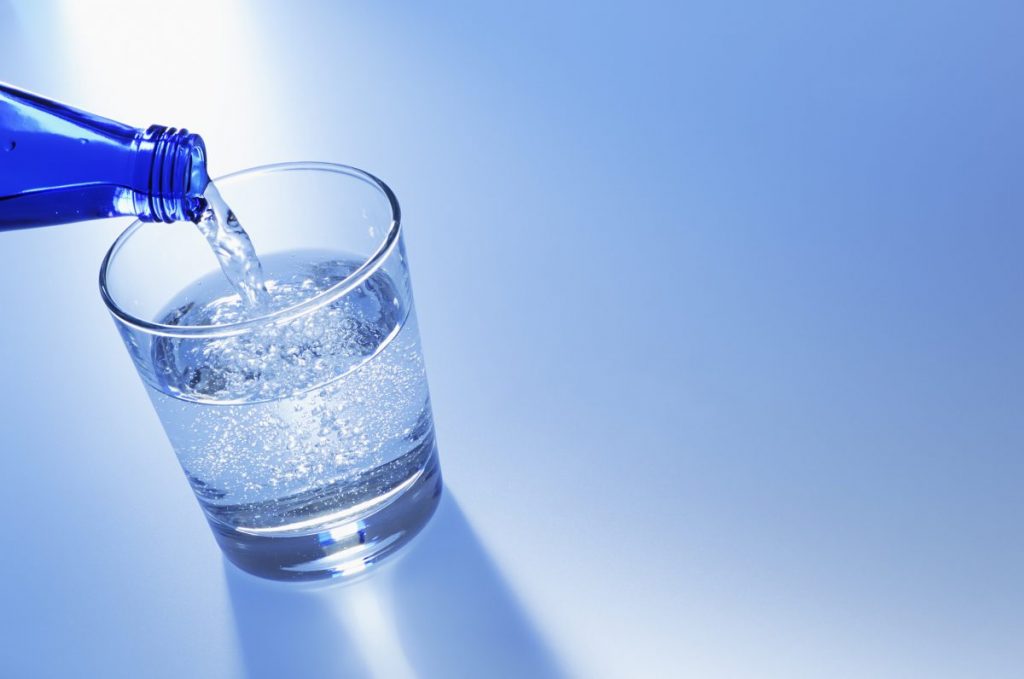 One of the possible effects of hypotonicity in the human body is hyponatremia or water overdose. When a person drinks an excessive amount of water, the exterior salt solution becomes diluted. In order to reach equivalent osmotic concentrations, the water then rushes into the blood cells. Symptoms of hyponatremia are nausea, headaches, confusion, and fatigue. If the blood cells of the brain become bloated and rupture, hyponatremia could potentially be fatal. This condition is more prevalent in infants as their small bodies cannot handle high levels of water. 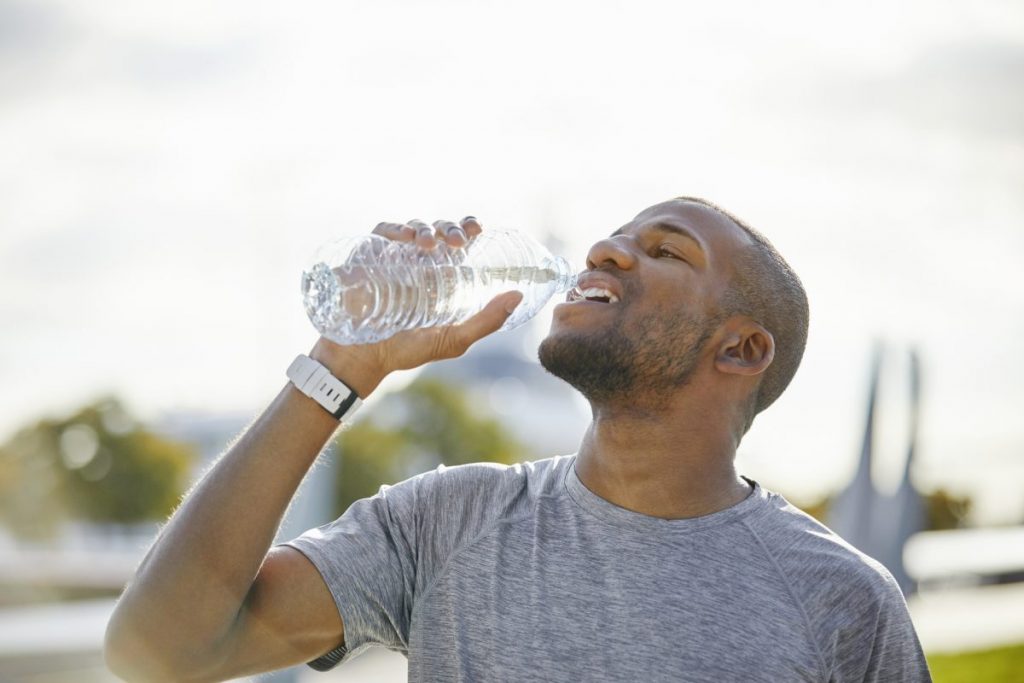 Unlike the other two forms of tonicity, isotonicity describes both the cell and the extracellular fluid around it as having equal osmotic concentrations. Because of this, water can move freely between the cell and the fluid. In addition, the cell does not shrink or expand because the concentration remains equivalent between the two areas. The rate of water diffusion is the same in either direction, both in and out of the cell. 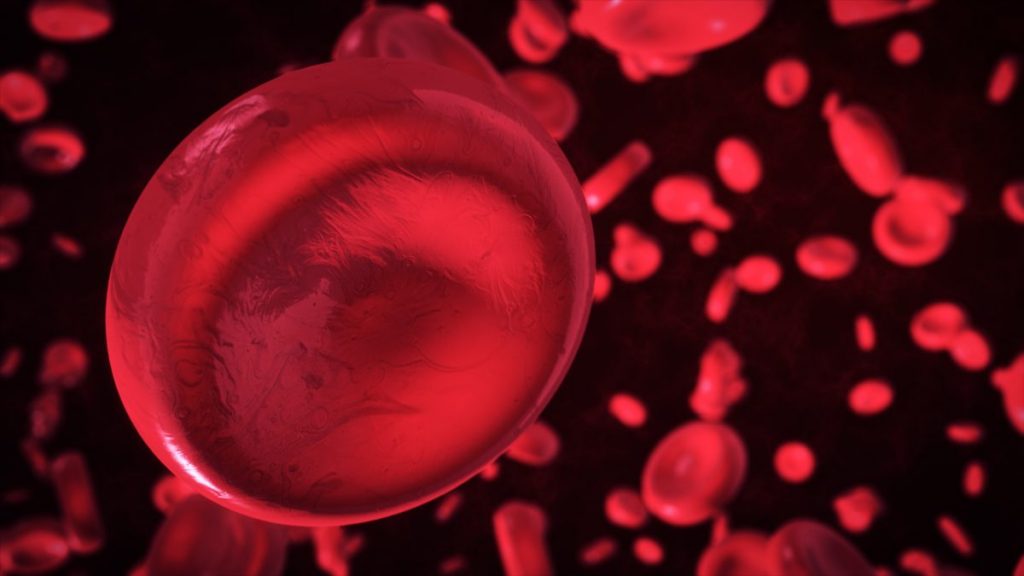 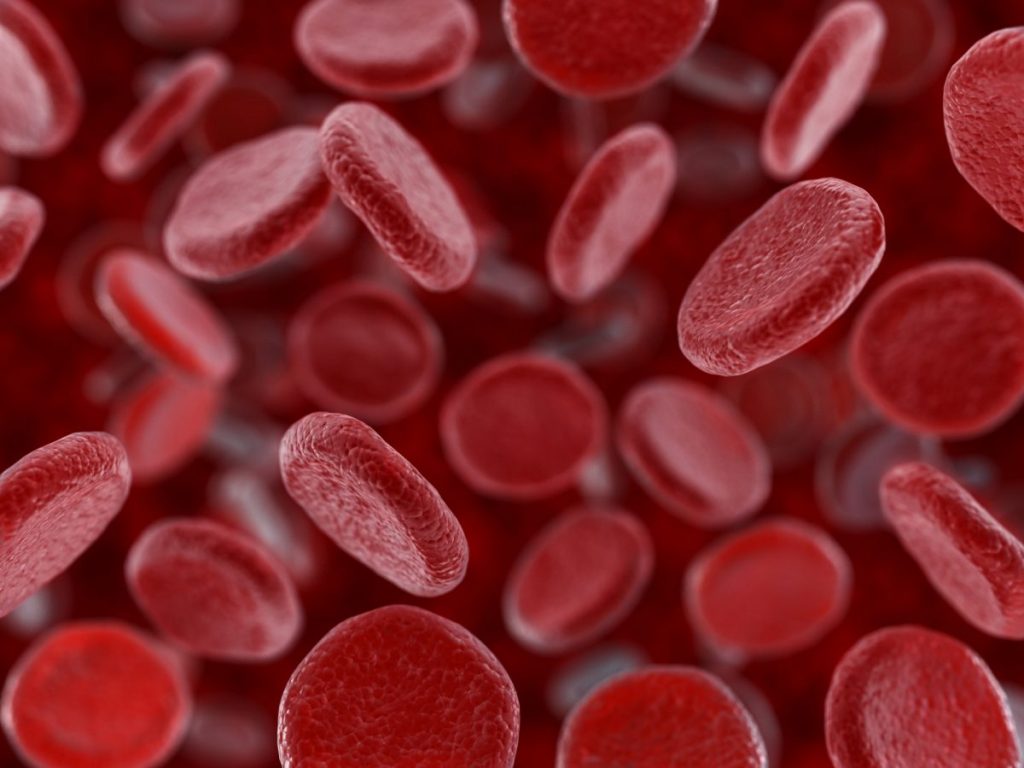