What is the Speed of Sound and How Did They Find It?

For many years, philosophers asked, "if a tree falls in the forest and no one is there to hear it, does it make a sound?" Scientists answered that question and went on to figure out how fast that sound traveled. Calculating that speed was not as simple as it seemed. Unlike the speed of light, the speed of sound is not constant, and different variables change how fast it travels. Scientists persevered and now understand how sound works, whether it's the voice of a soprano or a tree crashing to the ground.

Sound is energy created by vibrations. When objects vibrate, they cause the particles around them to vibrate, which in turn cause more particles to vibrate. This is a sound wave. For example, if a tree falls to the ground, the vibrations caused by its landing create a sound wave. Sound waves continue until they run out of energy and if there are ears within the range of the wave, it can indeed be heard. 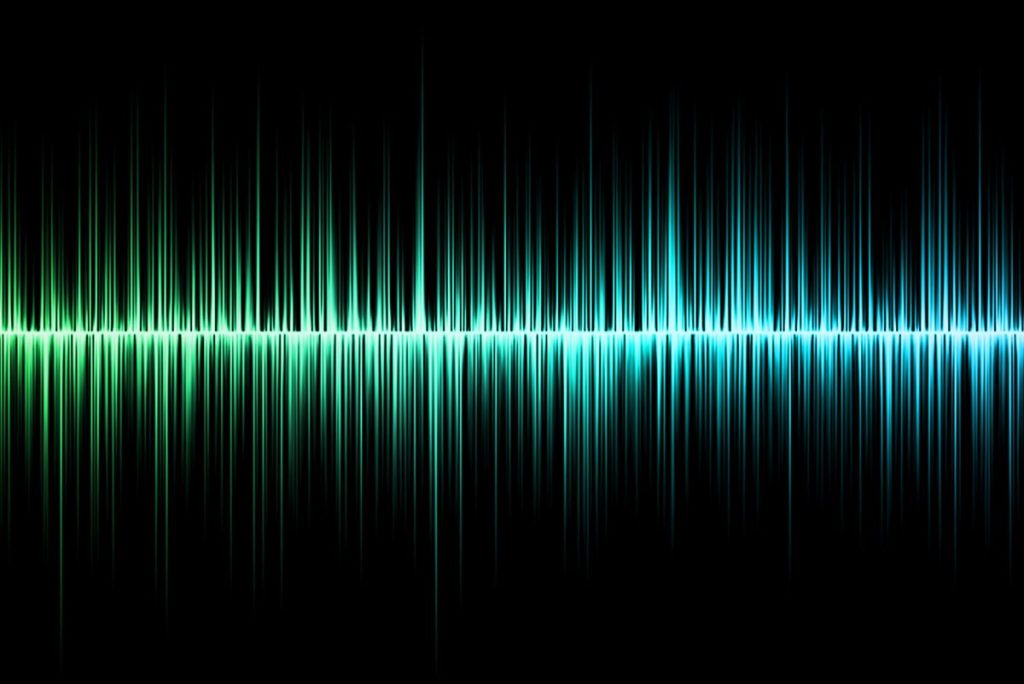 What is the Speed of Sound?

When talking about the speed of sound, most people are referring to the speed sound waves travel through the air. At a temperature of 68 degrees Fahrenheit, in a dry environment, the speed of sound is around 767 miles per hour. The speed changes in different temperatures and also varies depending on the gases present in the air. 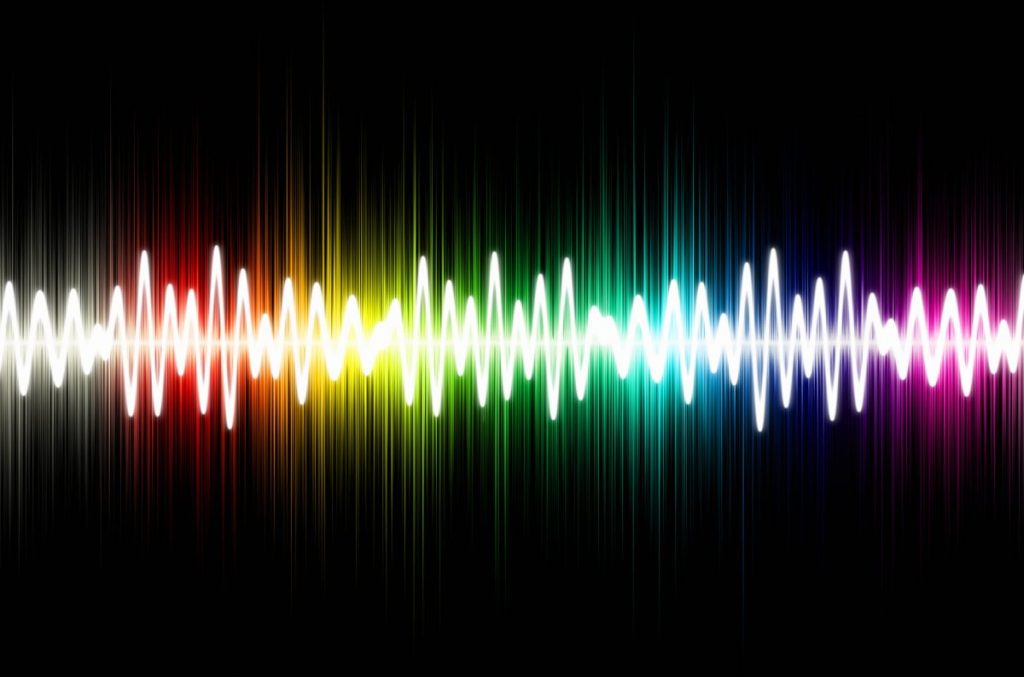 The Law of Strings

In 6th century B.C., philosopher, mathematician and lyre player, Pythagoras, spent time investigating the way sound works. Legend has it that his work on sound was inspired by seeing the way different sized hammers created different tones in a blacksmith's shop. It's more likely that experimenting with the length of his lyre's strings inspired his discovery that frequency is inversely proportional to the length of string. It is known as the first law of strings and is some of the first recorded work about sound waves. 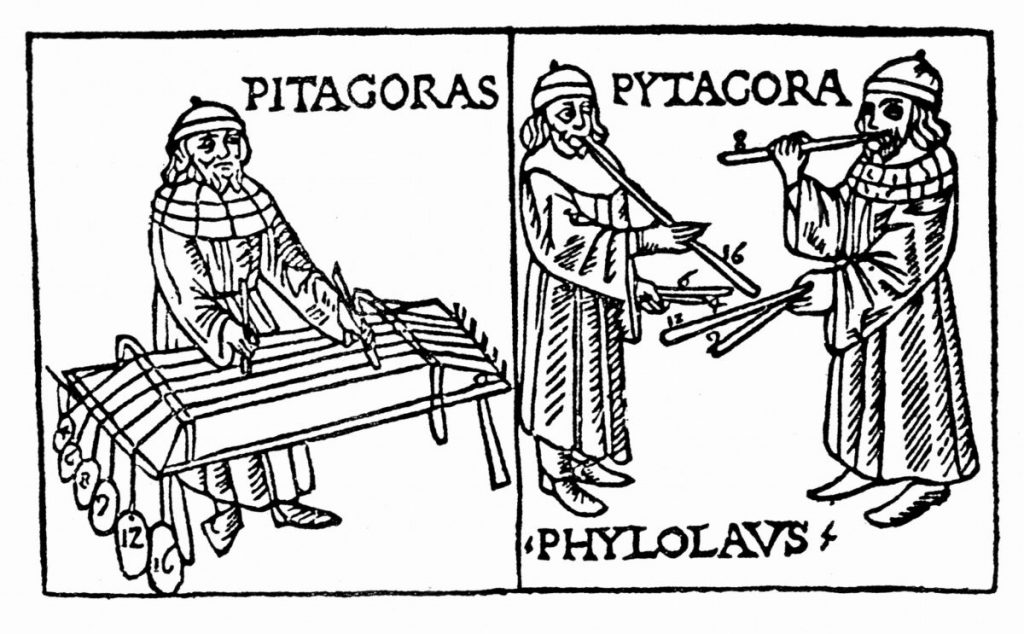 Sir Isaac Newton was the first to publish a speed for sound. Standing in a colonnade in Trinity College, Newton clapped his hands and measured how long it took for the sound to echo back to his ears. Without modern measuring equipment, he relied on a pendulum to measure time. His figure, published in Principia Mathematica, was off by around 15 percent. The formula Newton developed was improved upon by Pierre-Simon Laplace and is known as the Newton-Laplace Equation. 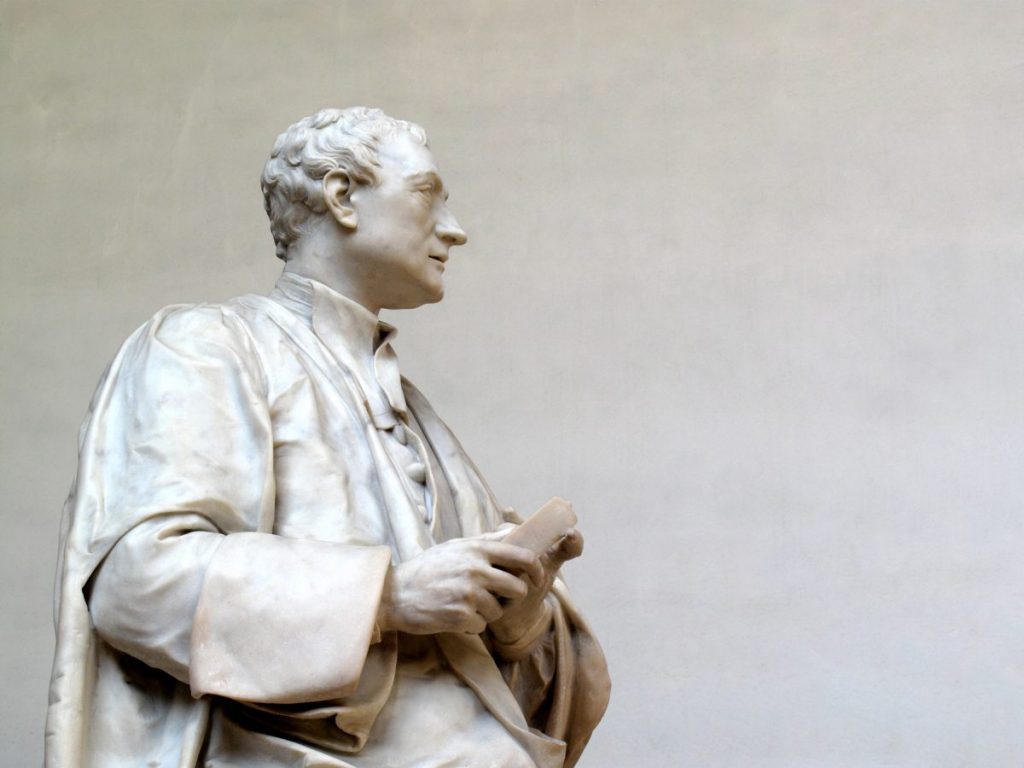 Measuring the Speed of Sound with Gunshots

In the early 1700s, the Reverend William Durham conducted experiments to measure the speed of sound. While he stood in a tower with a telescope, assistants fired guns at a number of local landmarks. Durham observed the flash of the gunshot and used a pendulum to measure how long it took for him to hear the sound. As he knew the distances involved, the speed of sound could be calculated and is considered the earliest reasonably accurate estimate.

Measuring the Speed of Sound with Kundt's Tube

August Kundt invented Kundt's tube in 1866. The apparatus consists of a transparent tube that contains a small amount of fine powder. When a sound is created at one end of the tube, the powder is moved by the sound waves. It settles at equally spaced intervals in the tube, depending on the wavelength. Measuring the distance between piles of powder allows the speed of sound to be calculated. Filling Kundt's tube with different gases allows the speed of sound to be measured in different mediums. 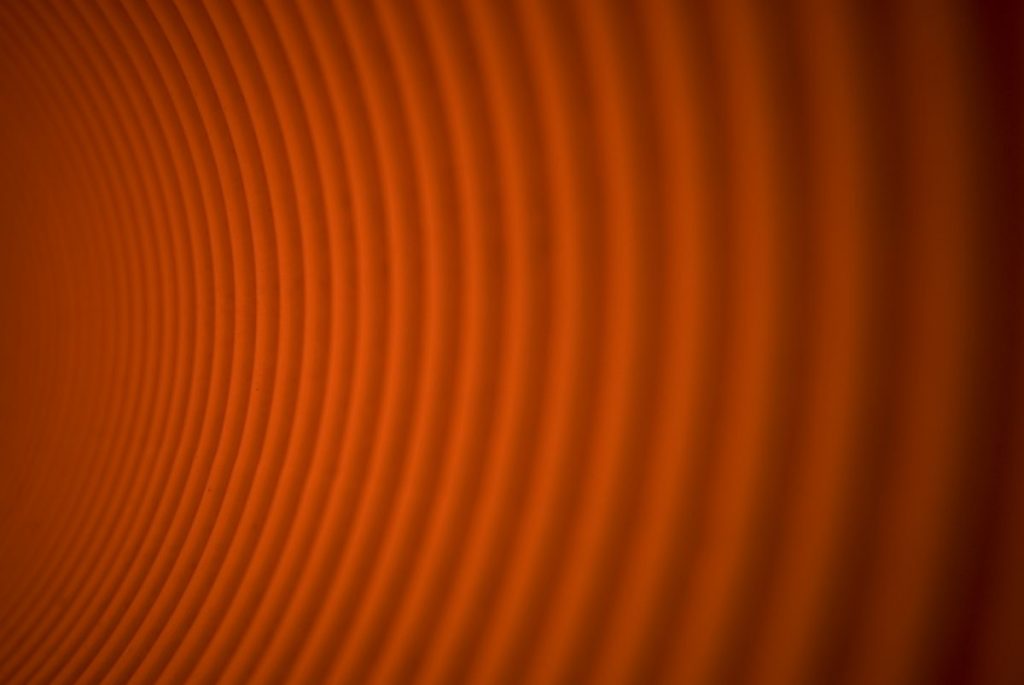 Measuring the Speed of Sound with Microphones

The simplest way to measure the speed of sound today is by using two microphones. The basic concept is the same as Durham's shotguns, but stopwatches and fast recording devices allow for a shorter distance between the sound source and the measuring device. The sound can also be softer than a shotgun blast. 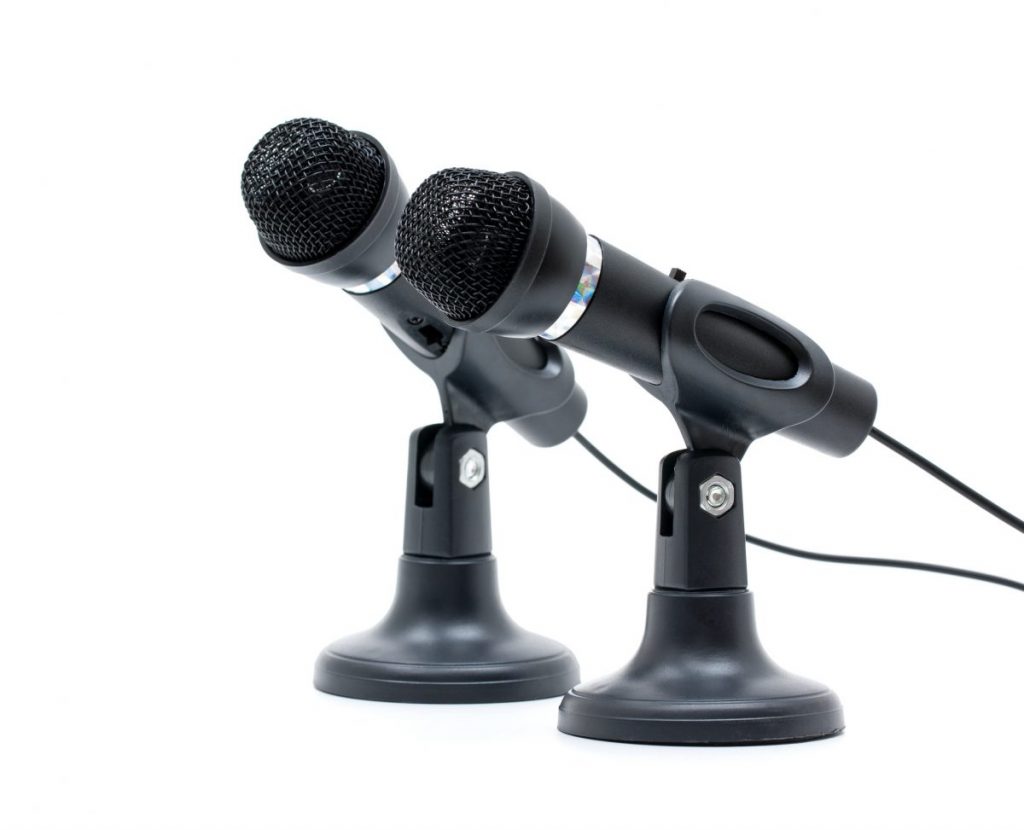 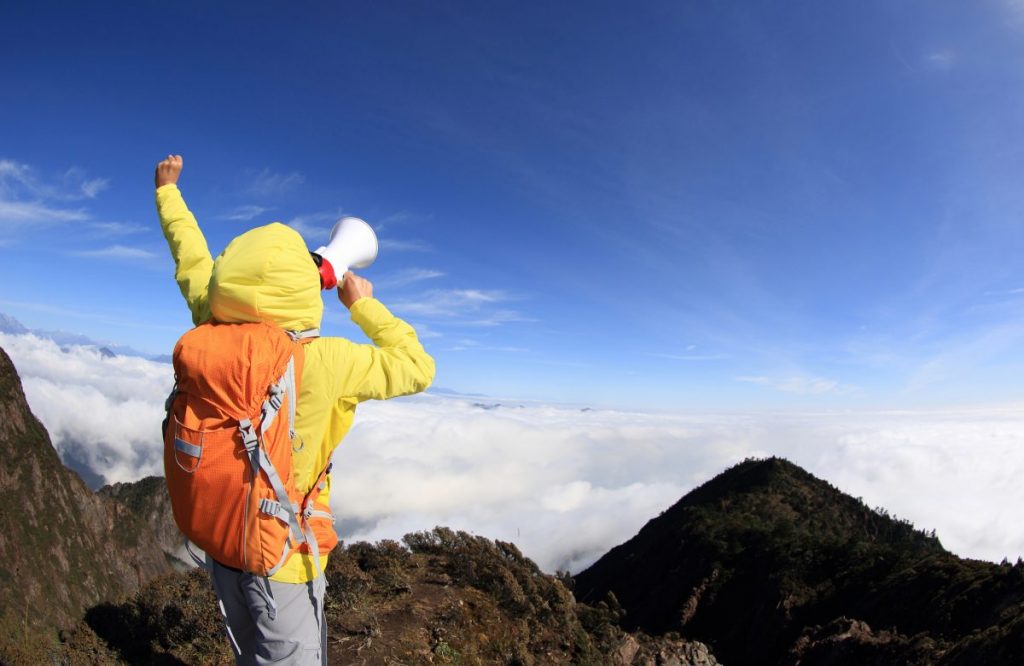 Because sound is created by the vibration of particles, it requires a medium to move through. This means that there is no sound in a vacuum, but also means that sound can move through substances other than air. In fact, sound moves most slowly through gases. It moves more than four times faster in water and 15 times faster through iron. 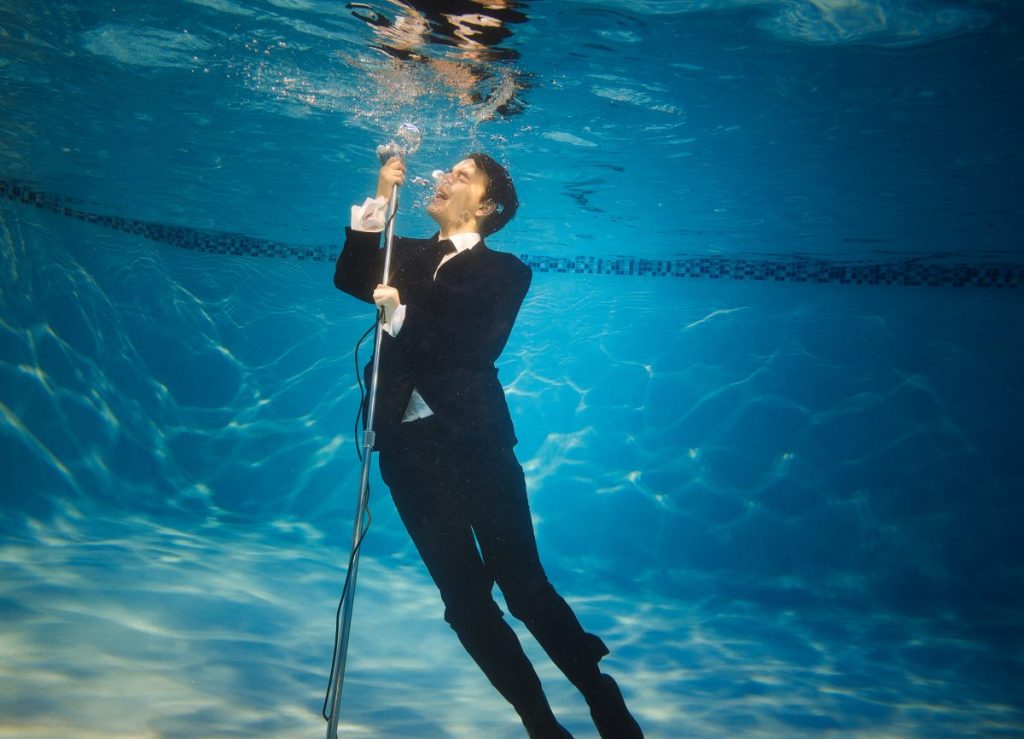 Although early aeronautical engineers believed the speed of sound was a barrier that would be impossible to surpass, man-made objects first broke it centuries ago. The crack heard from a bullwhip is a sonic boom, and even early bullets traveled faster than the speed of sound. Chuck Yaeger became the first person to fly faster than sound in a level flight in 1947. In 2012, Felix Baumgartner became the first person to travel faster than sound without a vehicle when he parachuted from 120,000 feet. 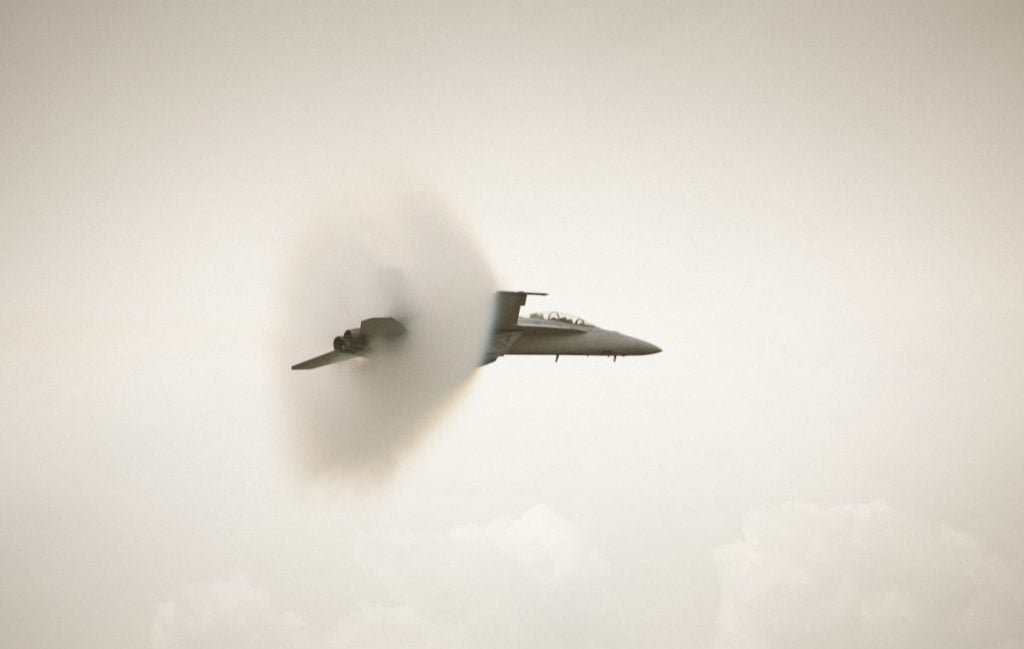