Pangea, or pangaea was a massive landmass comprised of the current seven continents on Earth in one huge supercontinent. Scientists have estimated Pangea's shape and locations of modern-day continents and countries by virtually putting continents together like puzzle pieces. The Sahara Desert shared a border with New Jersey during the time of Pangea. The superocean Panthalassa surrounded Pangea. The five oceans we have today cover approximately 2/3 of the Earth. Panthalassa covered the same area but was all one body of water.

Pangea comes from the ancient Greek word for "all lands." Alfred Wegener coined the term in 1927. Wegener noticed that the composition of coal deposits in Pennsylvania was the same as coal deposits in Poland, Great Britain and Germany. This convinced Wegener that North America and Europe must have been a single landmass at one time. 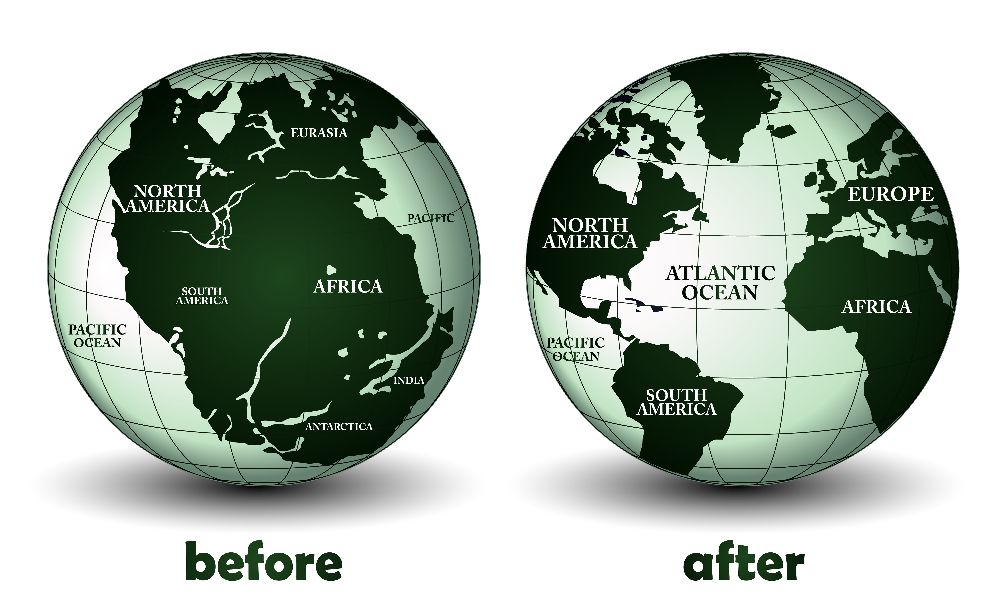