The term Commensalism was created in 1876 by a Belgian zoologist and paleontologist Pierre-Joseph van Beneden, together with the term ‘mutualism.’ Originally, Beneden used the term to explain the activity of carcass-eating animals, which followed predators to consume their uneaten food without causing any harming to them. The word commensalism originates from the Latin word commensalis, meaning ‘sharing a table.’ Commensalism is most regularly in the field of ecology and biology.

Commensalism refers to the relationship between two living organisms in which one of them depends on the other without either endangering it or benefiting it. The parasite obtains shelter, locomotion, support, or food from its host. Often, the host is neither endangered nor benefits from the interaction, whereas the commensal species manifests a lot of morphological adaptation. Dependence ranges from short-term interaction to long life reliance. In practice, it is not easy to show that the passive species remains unaffected. For instance, certain birds live in holes in trees. Does their living in there affect the trees? All we can say for real is that the trees continue living and producing, and therefore we assume that the birds do not harm the host plant. 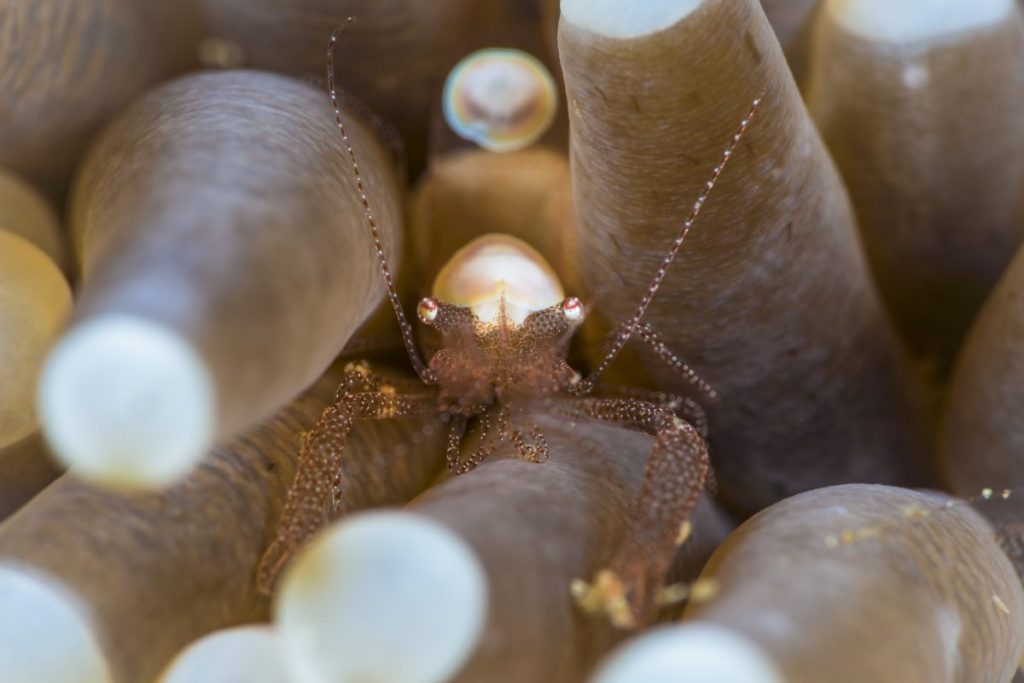 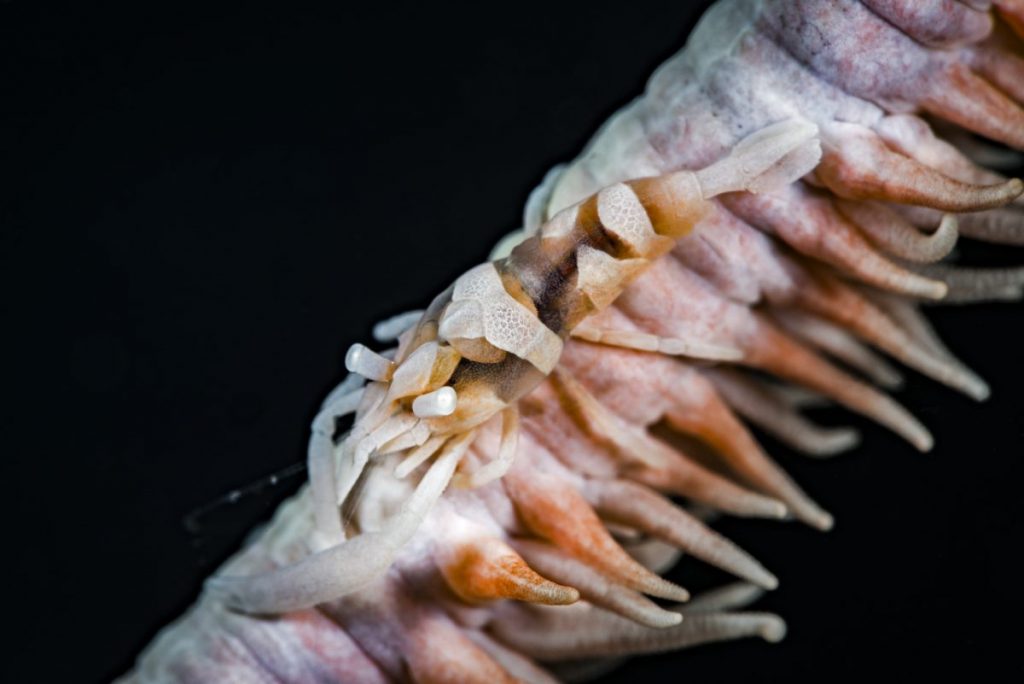 Many experts in ecology categorize commensalism relationships into four types: Inquilinism commensalism, chemical commensalism, phoresy, and metabiosis. Inquilinism commensalism entails one organism using the body of another organism as a living space while the host organism remains unaffected either positively or negatively. Chemical commensalism is usually experienced between two types of bacteria. In this set up one species of bacteria feeds on the waste products or chemicals that other bacteria do not utilize. A phoresy occurs when one species attaches itself on the body of another organism specifically for gaining transport. Metabiosis occurs when one organism involuntarily creates home for another species through its daily life undertakings. 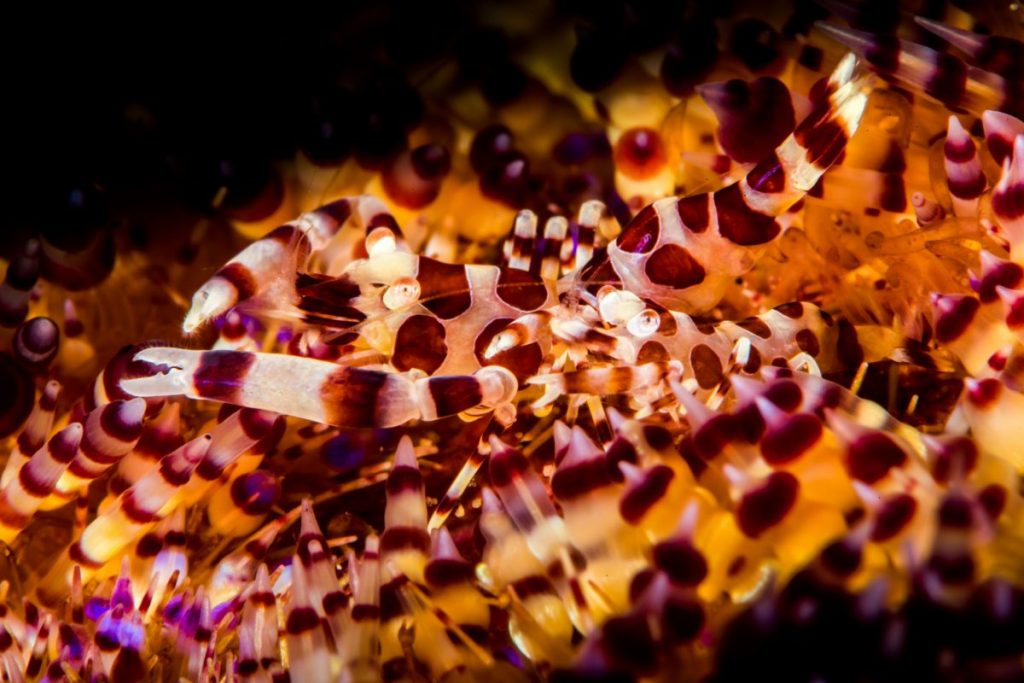 Domesticated animals, such as cats and dogs, seem to have begun their relationship with humans through commensal relationship. DNA evidence indicates that dogs associated themselves with humans before people shifted from hunting and gathering to agriculture. The ancestors of dogs followed people in their hunting expeditions to eat carcass leftovers. As time elapsed, the relationship transformed to a mutual one, whereby humans also benefited from the association by acquiring defense against their predators and help in tracking and killing prey. As the relationship reformed, so did the features of dogs. 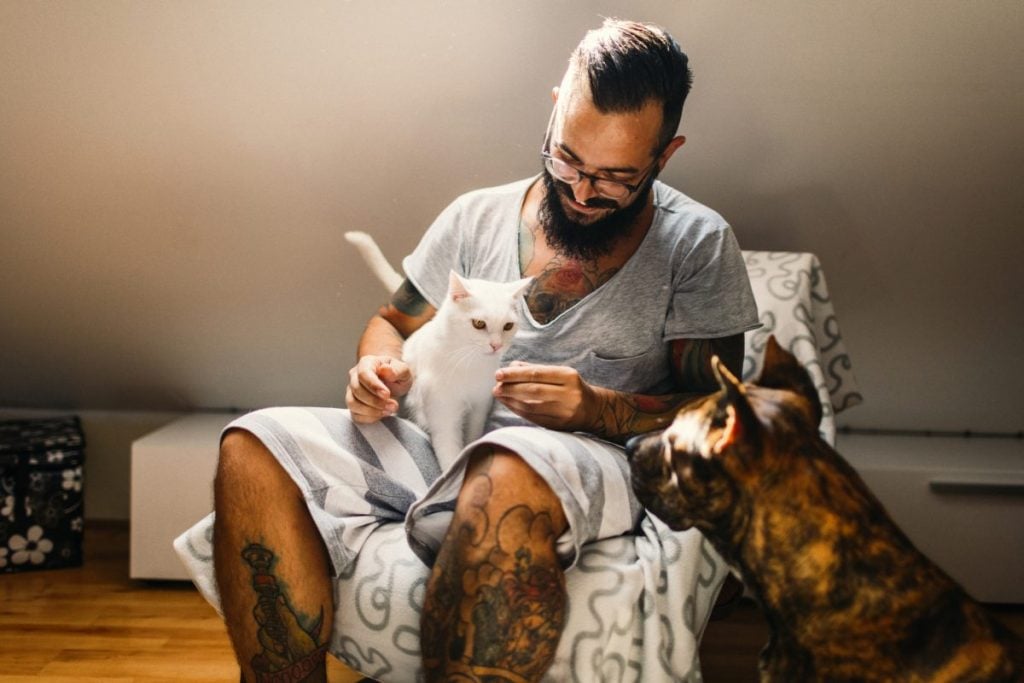 Commensalism is frequently confused with related terms. Examples of such words include: Amensalism is an association between two organisms of different species whereby one species is destroyed or inhibited while the other organism remains safe. There are two forms of amensalism: competition and antibiosis. Competition occurs when a more powerful or larger species eliminates another species from its source of food or shelter. Antibiosis occurs when one species discharges a chemical which kills the other organism, while the one that discharged the chemical remains unharmed. An example of antibiosis amensalism is given by the bread mold Penicillium. Several types of fungi and bacteria can grow on bread given the desired conditions. When bread passes its shelf life mold, Penicillium can grow on it. This mold can secrete penicillin, which ruins any form of bacteria that would want to grow on the bread. Penicillin remains unaffected by bacteria. 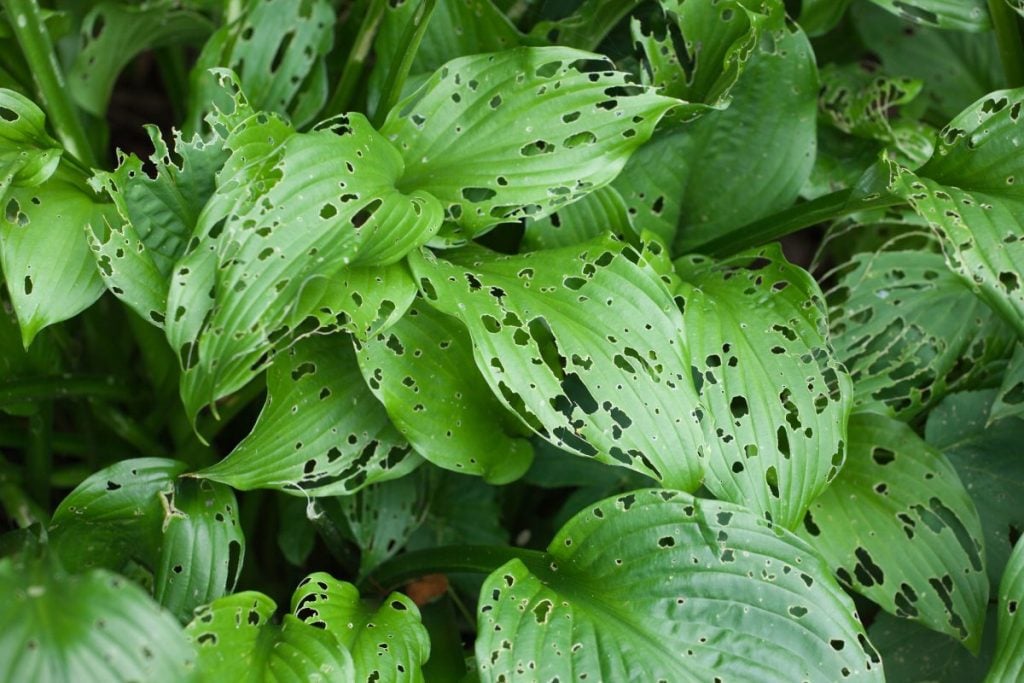 In this relationship, two organisms of different species work together, each of them benefiting from the interaction. An example of mutualistic relationship is that of the oxpecker (a type of bird) and the zebra or rhinoceros. Oxpecker lands on the animal to eat ticks and other parasites that live on the skin of the animal. While the oxpecker benefit from eating its food, the animal gets pest control. Besides, when there is danger, the oxpecker flies upward and sounds a warning, that helps the animal. 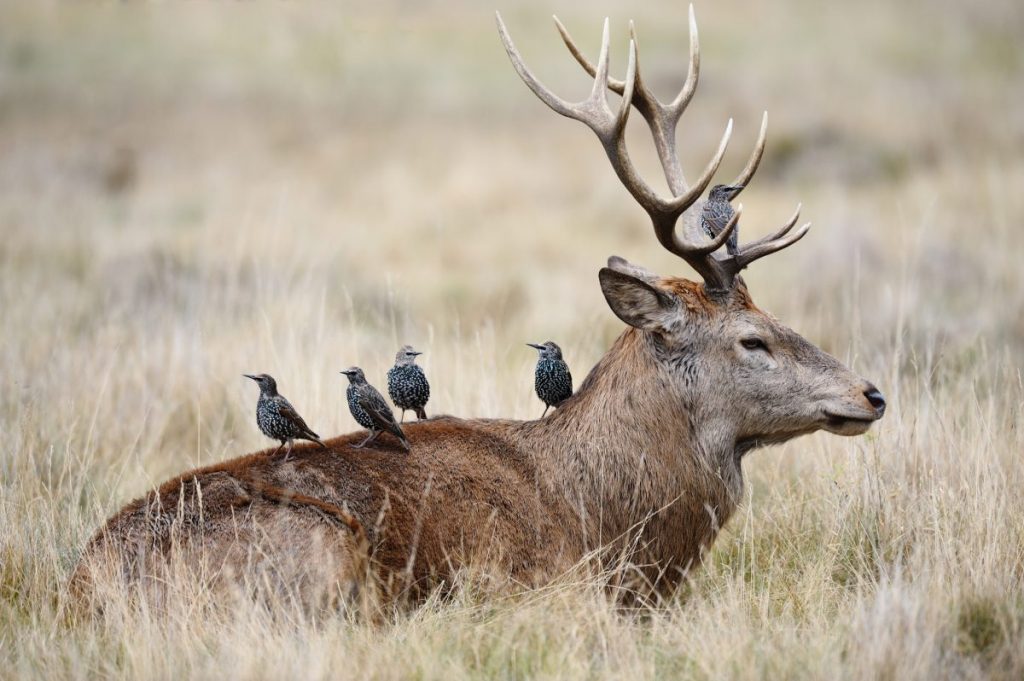 In this interaction, one organism benefits while the other is hurt. There is a debate whether this type or relationship qualifies as a special type of commensalism or not. For instance, some scientist presumes that the relationship between gut bacteria and people is an example of commensalism, while others assume it is mutualistic since people may benefit from the relationship. An example of a parasitic relationship is the one between tapeworms and humans, cow, or pigs. These worms attach themselves to the inside of the intestines of these animals. They obtain food by eating the hosts’ partly digested food, depriving them of nutrients. 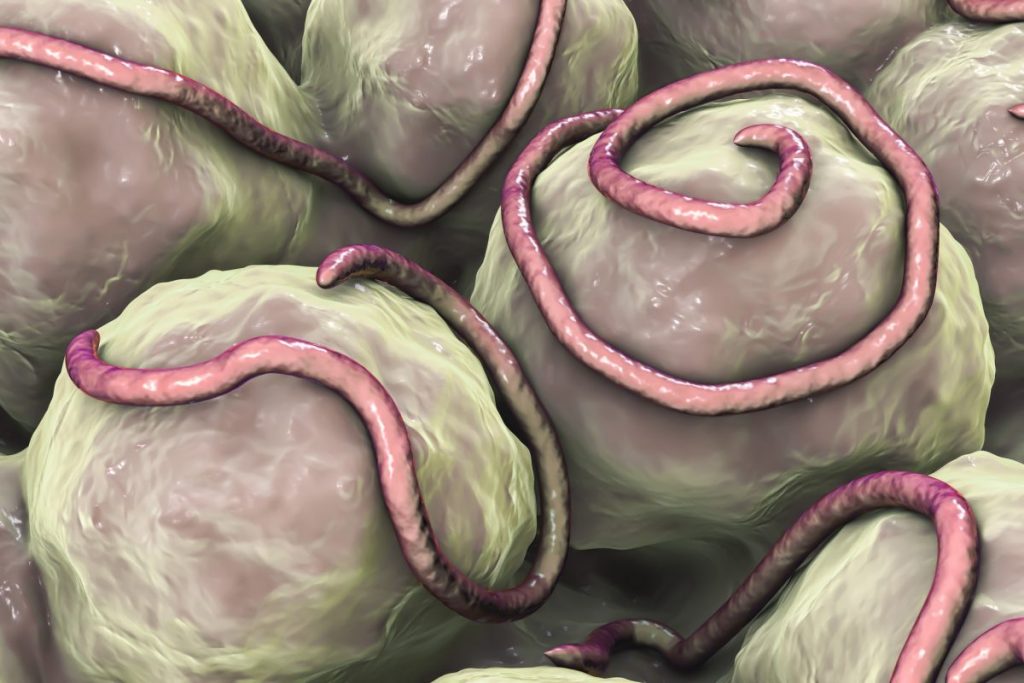 Parabiosis is a term frequently used in the field of physiology and biology. This term means “living beside.” In experiment, two living creatures are surgically connected together and develop single, shared physiological system, for instance, a shared circulatory system. By surgically joining two animals, researchers can confirm that the feedback structure in one animal is transmitted and affects the second animal through plasma and exchange of blood. 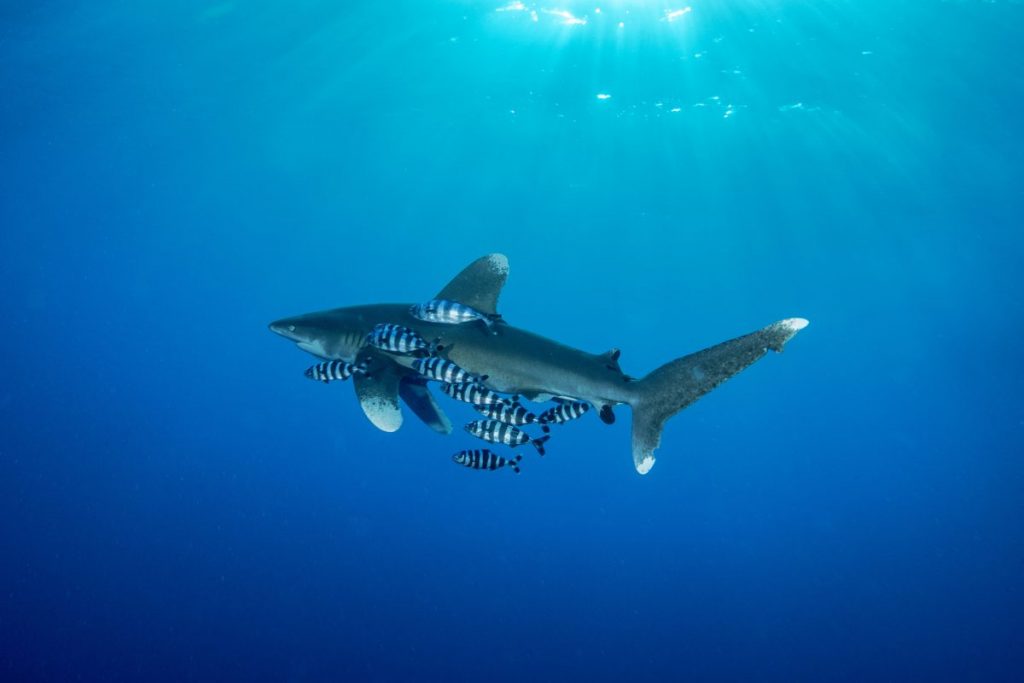 Symbiosis describes any relationship between members of two different species, including parasitism, mutualism, commensalism, endosymbiosis, and ectosymbiosis, in which an organism lives inside another and on the surface of the organism respectively. Therefore, both beneficial and harmful or unfavorable interactions are included, and the participants are referred to as symbionts. Any relationship between two species of a population that live together in the same environment is symbiotic, irrespective of whether an organism gets harmed, benefits, or does not affect the other species. 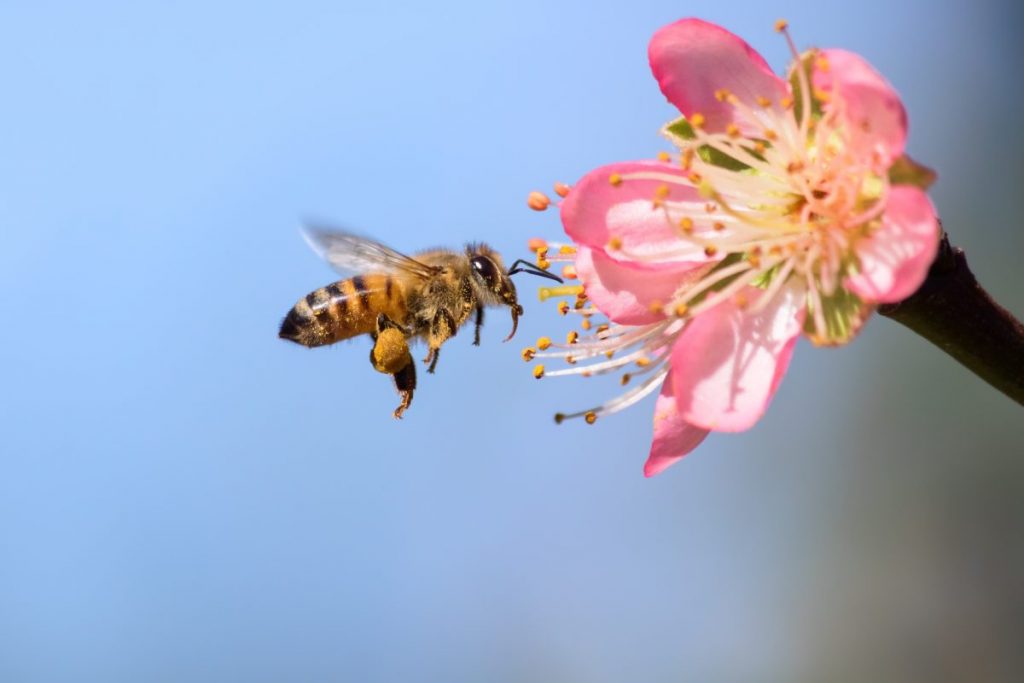 It is worth noting that no living creature can live in isolation. In commensalism association, certain species of organisms depend on others without benefiting them or endangering them. Such organisms have developed features that enable them to attach themselves onto the bodies or surfaces of the creatures that they depend on. The only time they detach themselves is when they reach their destinations or when they want to feed on the leftovers of their predators. Usually, the predators are large, making them suitable to offer food, shelter, and locomotion among others. 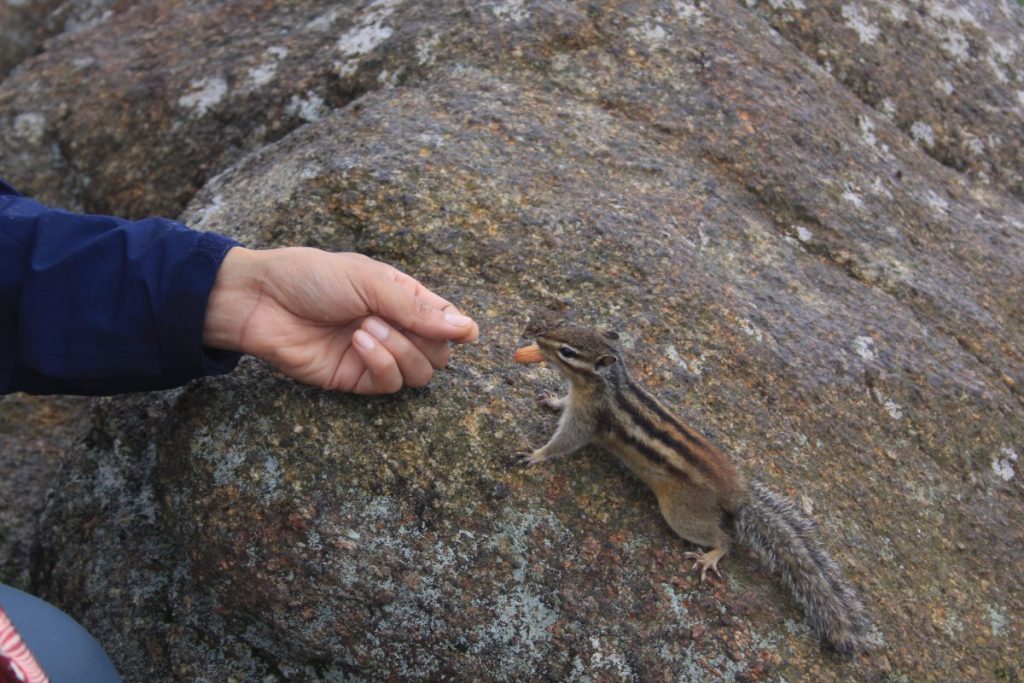