What is a Narcissist?

Narcissism is a personality disorder that most apparently manifests itself in an individual's ability to listen. Narcissism is defined as "excessive interest in oneself," and this trait can make it difficult for individuals to acknowledge or pay attention to others. Instead, the role of other people in the life of a person with narcissism is to provide praise, encouragement, support, and admiration. Extreme narcissism can cross over into a mental illness called narcissistic personality disorder, where a person is driven by a need for approval, and neither understands or cares about the feelings of others.

The term “narcissism” has been in use for thousands of years. The ancient Greek mythological figure Narcissus was famous for his preoccupation with himself. Upon seeing his reflection in a lake, he fell in love with himself and eventually wasted away because he would not stop admiring the mirage. The field of psychoanalysis delved into narcissism in the early 1900s, and in 1914, Freud published On Narcissism: An Introduction. 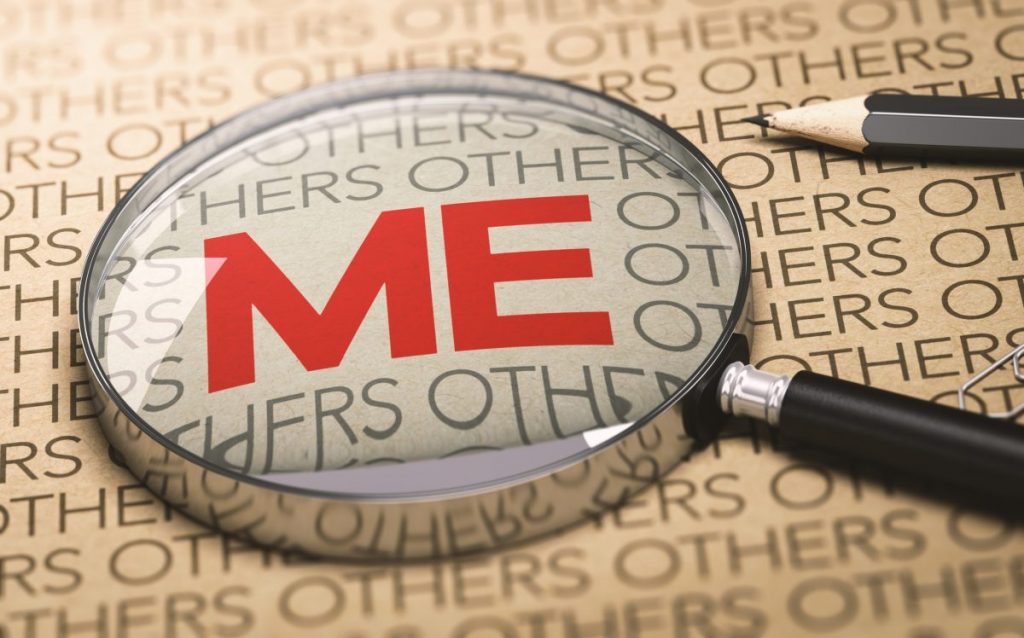 One way narcissism manifests is in the way a person responds to what another person says. Narcissistic listening dismisses, negates, ignores, minimizes, denigrates, or otherwise renders irrelevant other people’s concerns and comments. A tone of contempt is a particularly strong narcissistic indicator. The individual is only interested in what they have to say and expect agreement. Responses that go against this expected outcome may be regarded as selfish or, ironically, narcissistic. 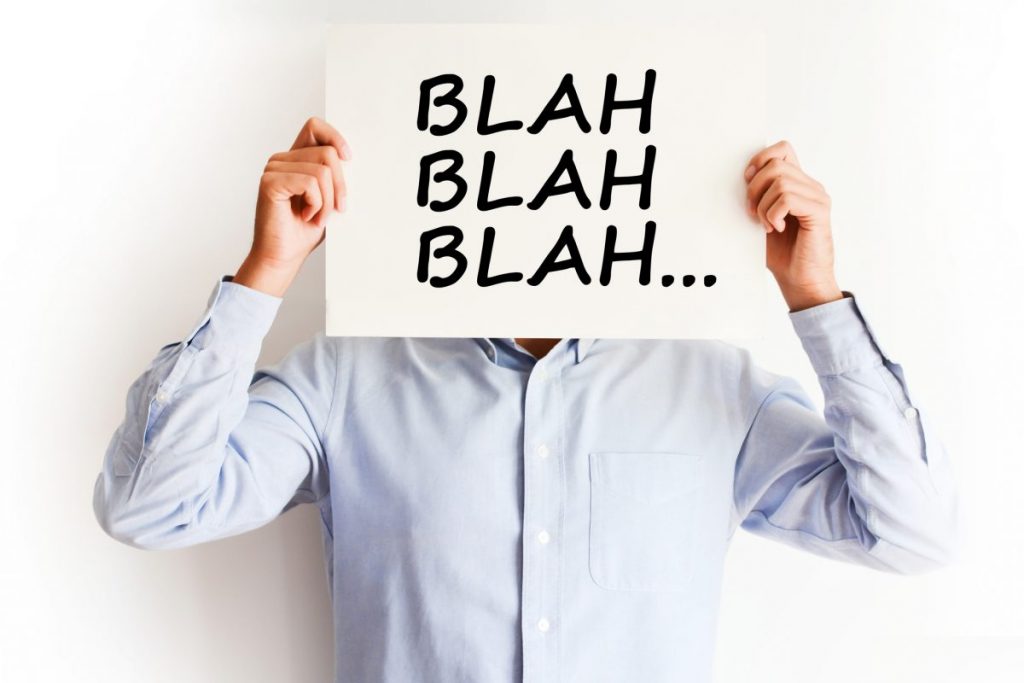 A person with narcissism is interested exclusively in their own welfare. While this is often seen most vividly in speech patterns, it will also manifest itself in behavior. Something such an individual wants is something he or she will get. They will always be the main beneficiary of their actions.Often, people with narcissism behave in ways others find objectionable. 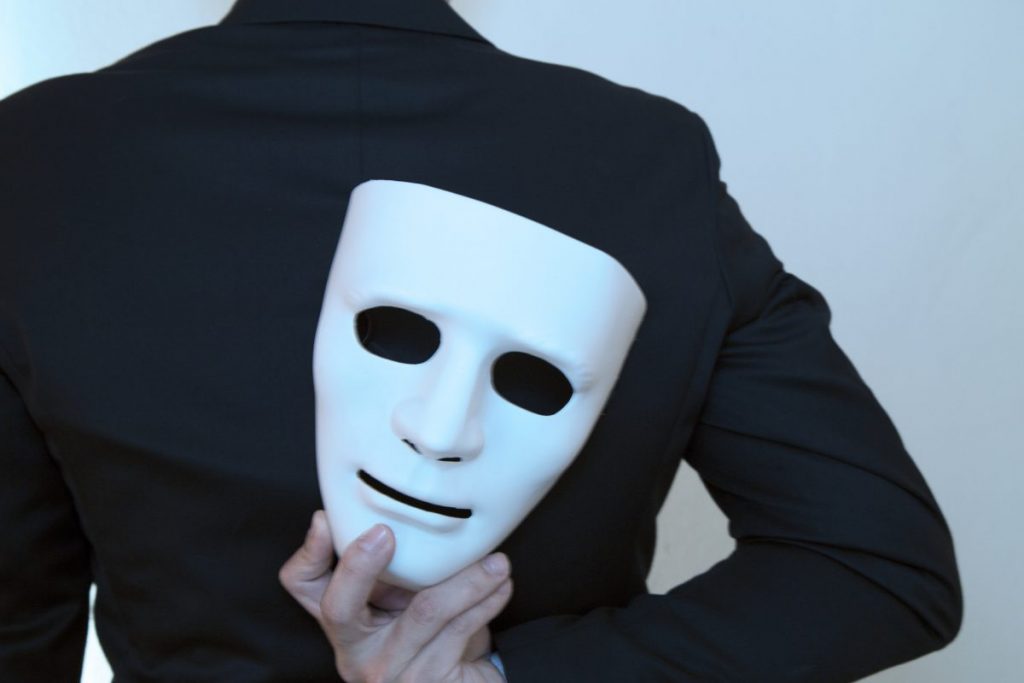 Rules Are For Other People

People with narcissism have a sense of self so inflated they tend to see other people as beneath them. This also applies to rules, both laws and social norms. While they may appear to abide by the laws, it will only be for as long as it suits them. This can include: 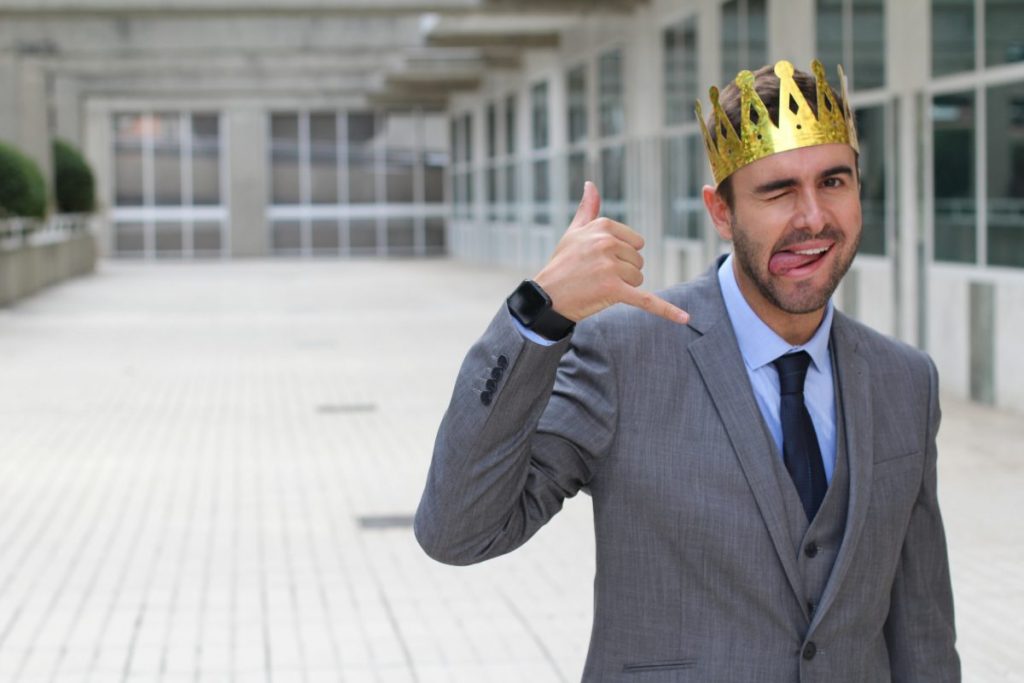 Praise and admiration is a major currency for people with narcissism disorders, and it only goes in one direction. They paradoxically manifest both an inflated idea of their own importance and quickness to feel deflated by negative feedback. There are two things to keep in mind when it comes to praising a person with narcissism. First of all, it's a one-way street; they won't return the favor, and rarely acknowledge other people's need for praise or positive feedback unless it will suit their purposes. Also, failing to or stopping praise can result in overreaction, as the individual perceives this as a slight to their ego. 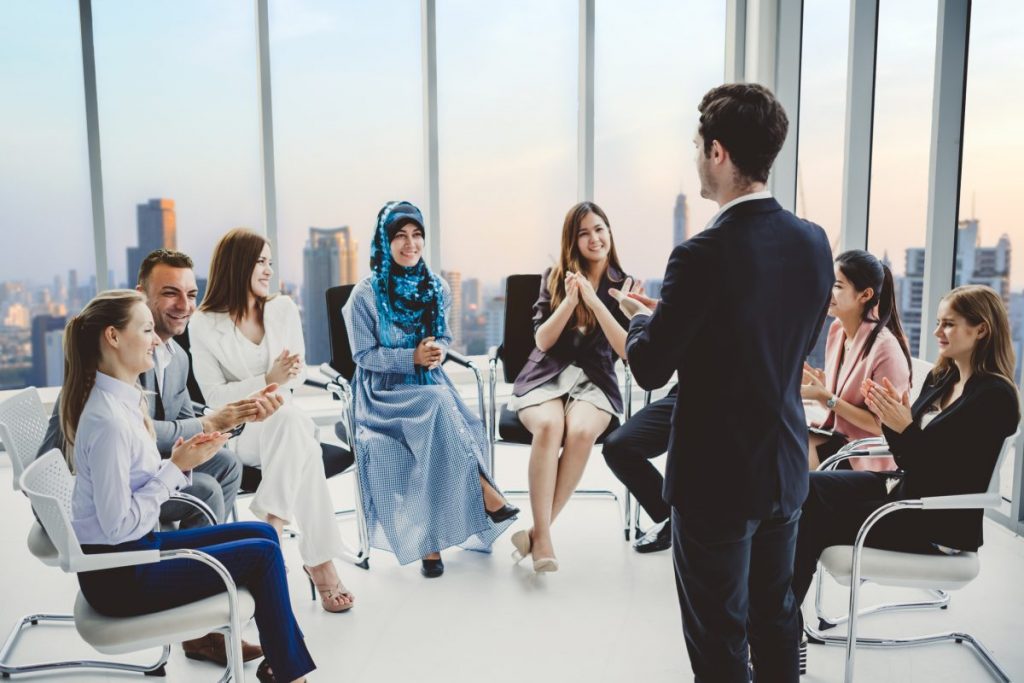 All or Nothing Responses

An unwillingness to take responsibility for his or her mistakes often comes from a person with narcissism's all-or-nothing thinking. Conceding that he or she has made a single mistake can lead to assuming that every action is wrong. The same can be said of how they respond to other people -- one false step can lead a person with narcissism to dismiss an acquaintance for good. 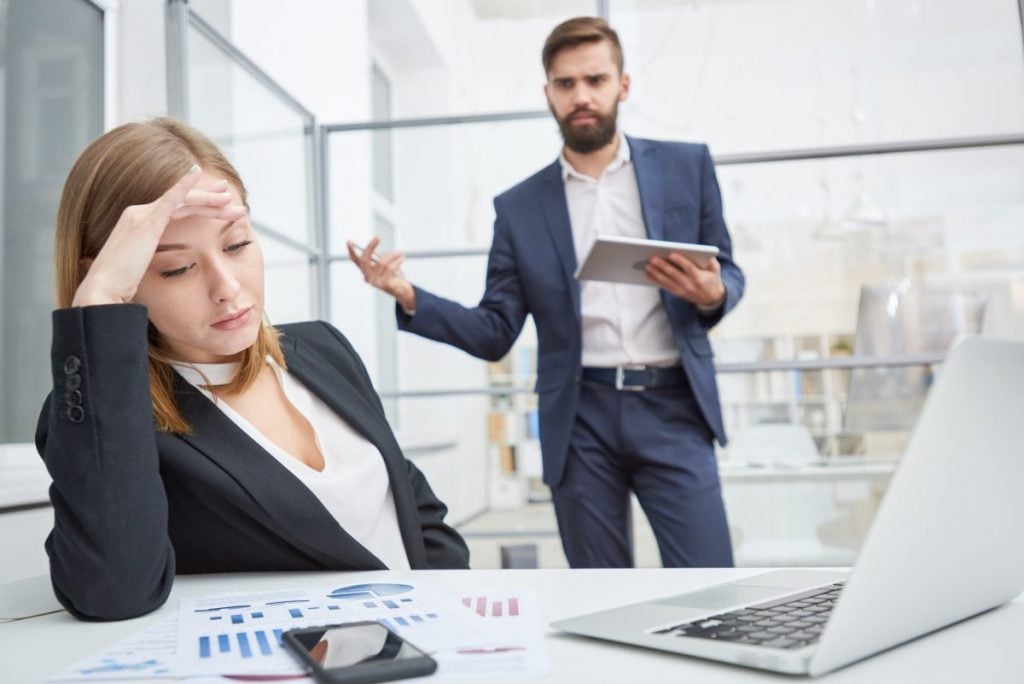 This extreme sensitivity to criticism typically manifests as blaming other people when something has gone wrong. Finding fault in others is a more comfortable position for people with narcissism. When caught out misbehaving, a typical response is to shift the blame from themselves onto the critic. Rather than apologizing for it, they might claim "You made me do it." 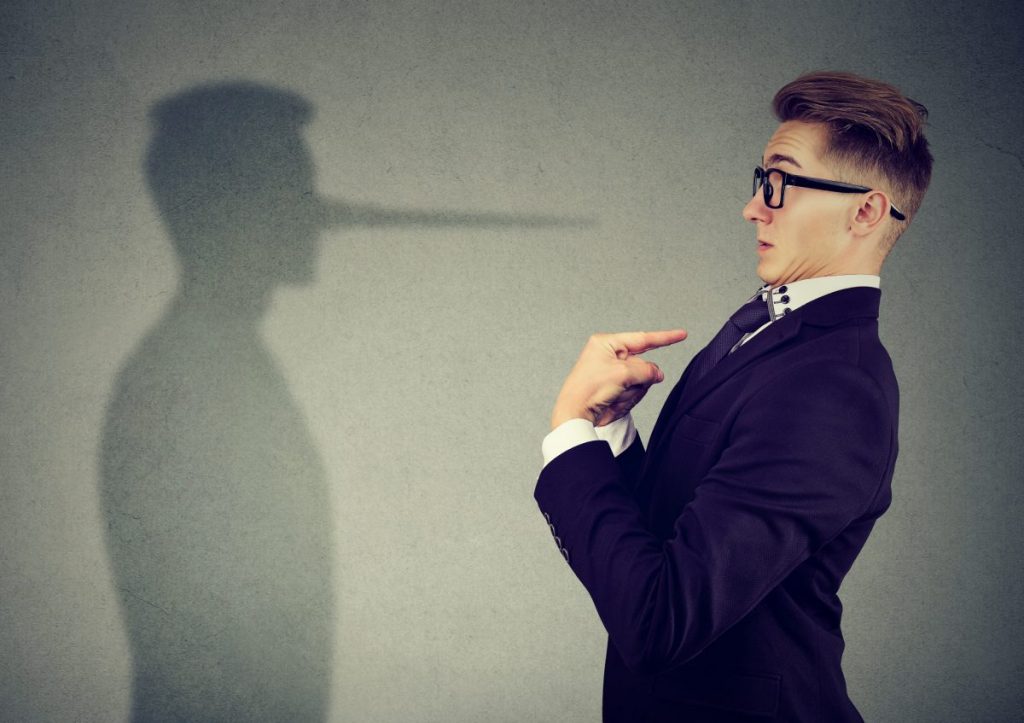 This puffed-up self-image often masks insecurity. When someone punctures the ego of or insults a person with narcissism, he or she may lash out with demeaning or intimidating language and actions. Many studies link narcissism with higher levels of aggression and violence. Because people with narcissism think everything is about them, they hear others’ attempts to talk about personal feelings as veiled criticisms of themselves. If they feel piqued, they may react aggressively. 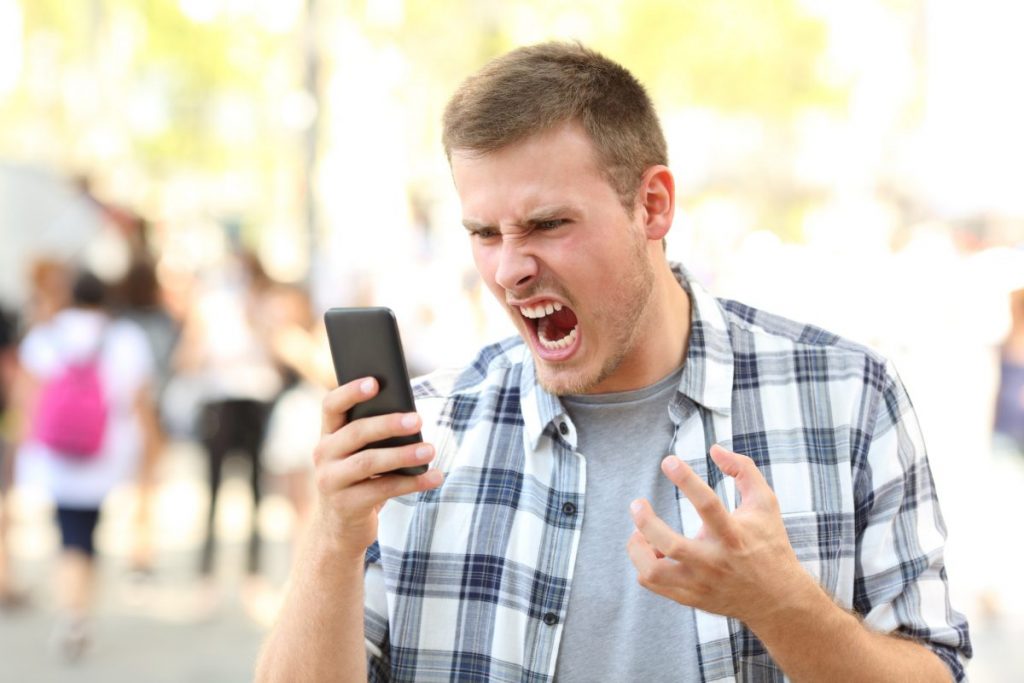 Narcissism isn't All (or Always) Bad

Narcissistic folks are often very generous. They may, for instance, give away large sums of money to charity. Even though they are ultimately doing this to make themselves feel good, they are nevertheless making a positive difference. A dose of narcissism can be a good thing. The confidence can build self-esteem and give joy. ”Normal narcissists” are often excellent speakers and visionaries and tend to earn larger salaries. 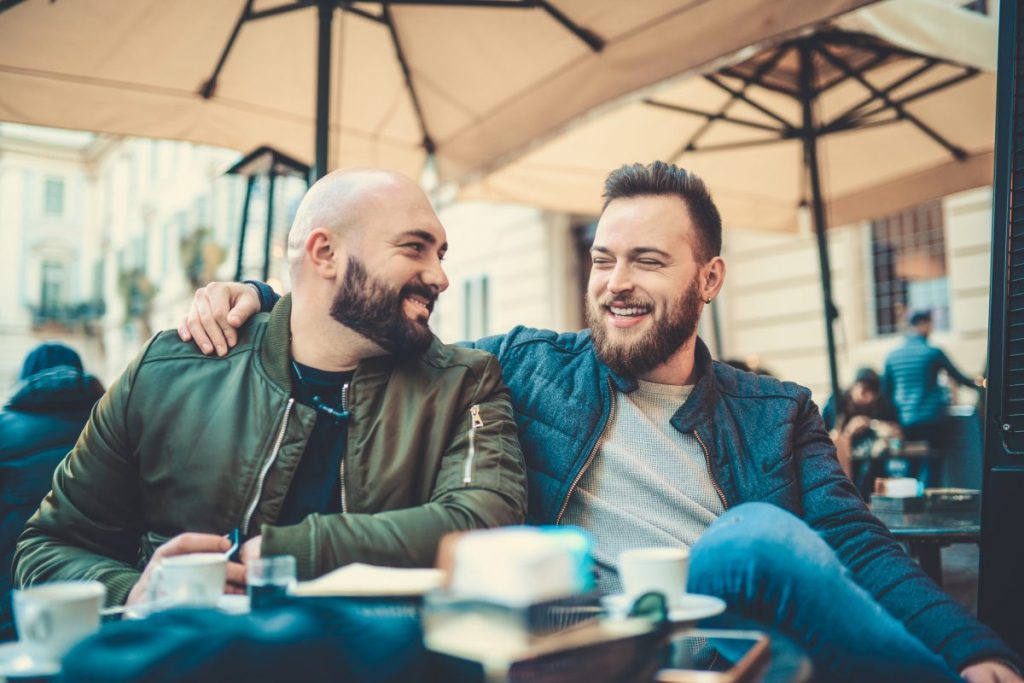 How to deal with a narcissist 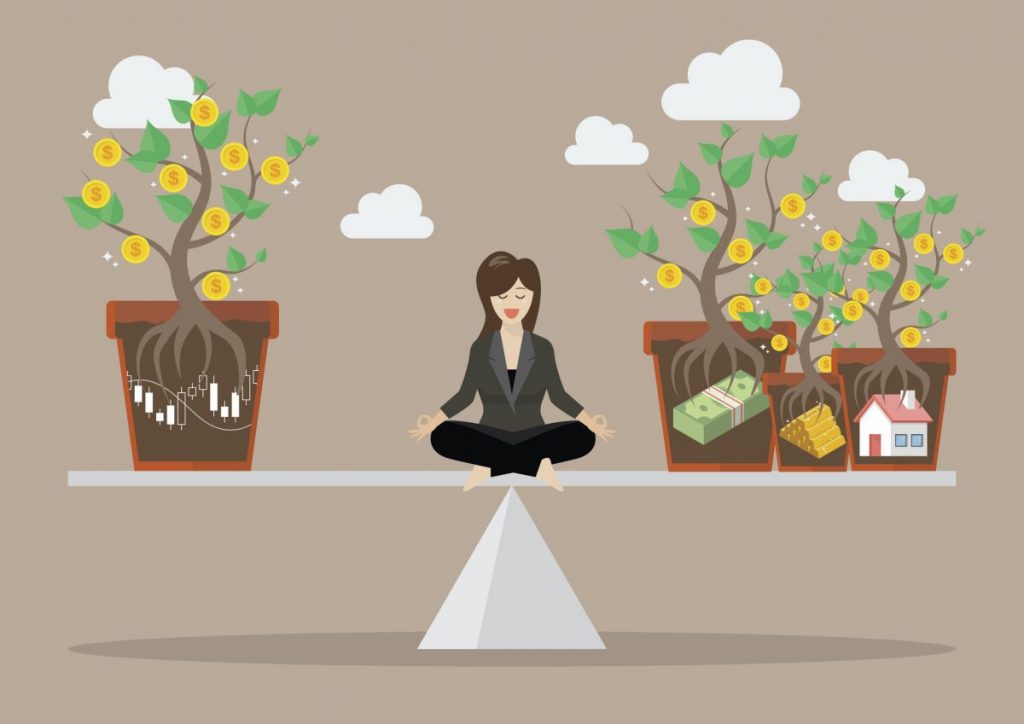