What Is A Dire Wolf? Dire Wolf Facts

2. What Exactly Were Dire Wolves?

Dire wolves get their name from the Latin classification of canis dirus, meaning "fearsome dog." These wolves were top predators along with saber tooth cats during the Late Pleistocene. They were bigger than modern wolves and much stouter, built for attacking and killing megafauna such as mastodons, bison, horses, camels, and other Pleistocene animals. Unlike fantasy depictions, they did not have saber teeth and were not as large as horses. 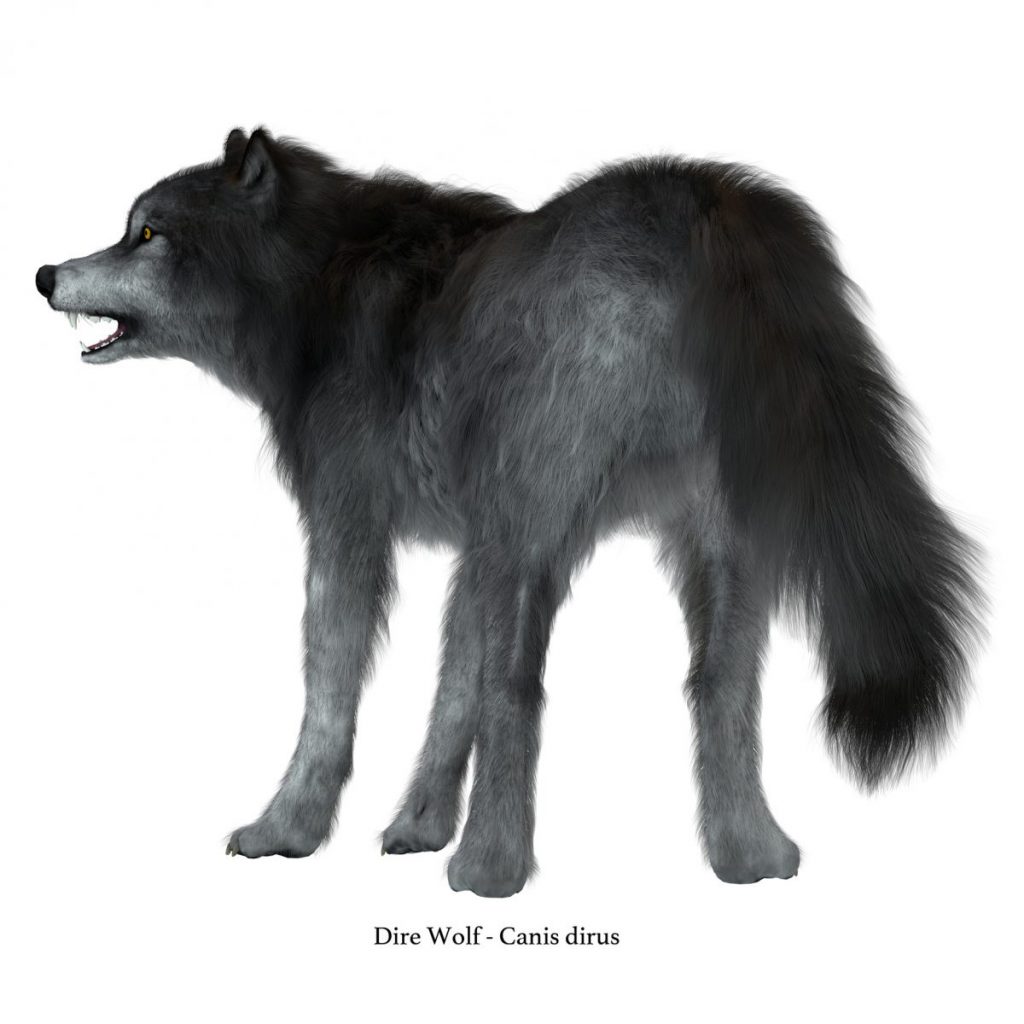