Fascinating and misunderstood, black holes are regions in space with surface gravity so powerful that not even light can escape. Its boundary is called the event horizon and is considered the point of no return.

Once matter gets to the event horizon, it will be sucked into the black hole's singularity, which, scientists theorize, is an infinitely small and dense point where the laws of physics no longer apply. Black holes aren't visible, so scientists can only discern their presence by how surrounding matter is affected.

Albert Einstein is sometimes mistakenly credited with discovering black holes, but it was John Michell, a Cambridge University professor, who came up with the idea back in 1783. Michell eventually starting asking about how fast a projectile would need to move to escape the gravitational pull of a star with 500 times the diameter of the Sun. This idea was revived by Albert Einstein, who took it to another level with his theory of relativity. Later, Carl Schwarzschild used Einstein's theory of relativity to calculate that any mass can become a black hole if compressed tightly enough. 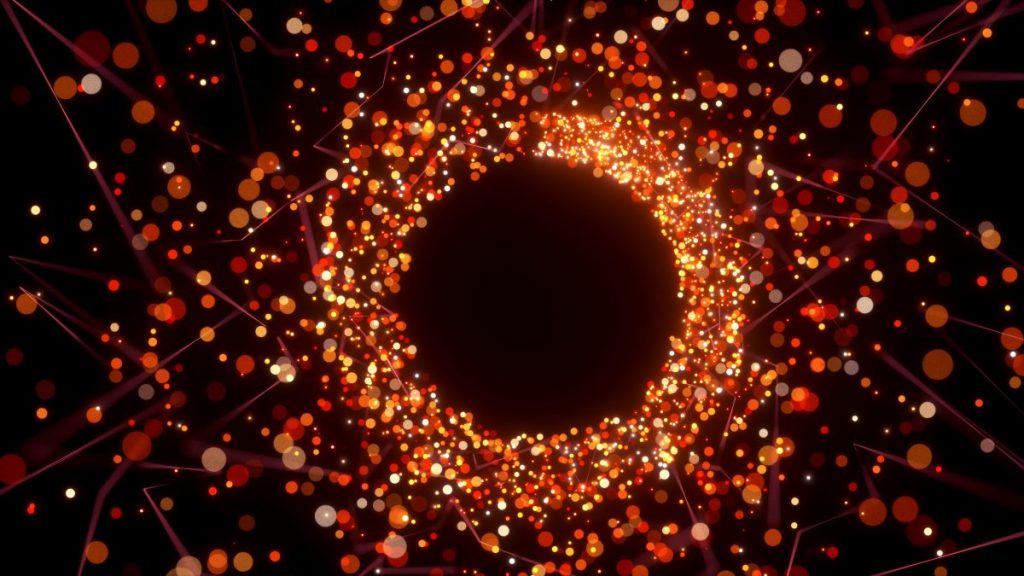 Observed by the Uhuru X-ray satellite in 1971, astronomers studying the constellation Cygnus found X-rays from what they suspected was a black hole, known as Cygnus X-1. It's over 6,000 light years from Earth, and at about 15 times the mass of the Sun, it's one of the heaviest stellar black holes ever found. Because it spins 800 times per second, the area around it has become a space-time vortex. 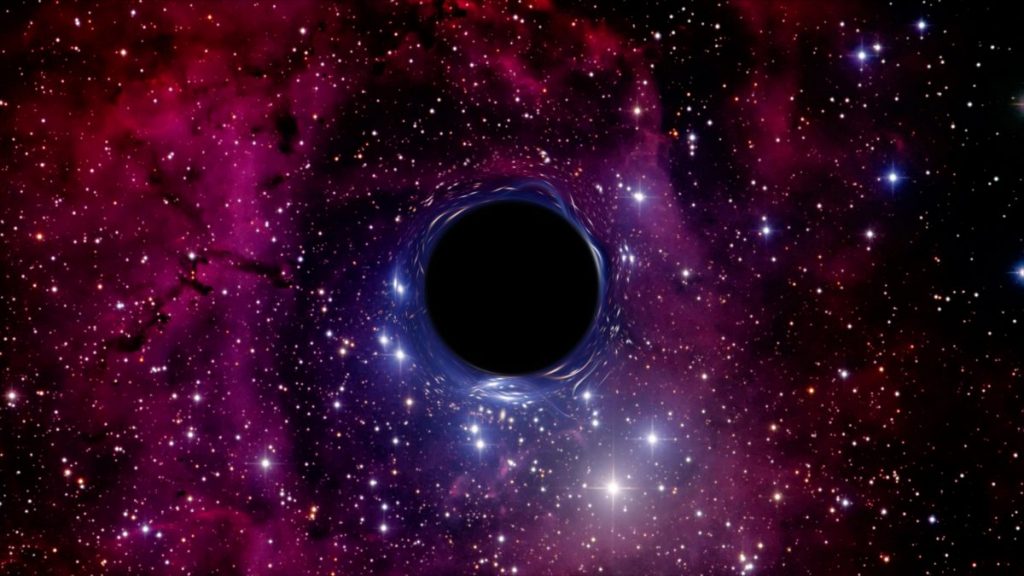 Research suggests that there might be three types of black holes: stellar, supermassive, and miniature. When massive stars die and collapse, the result is a stellar black hole. Stellar black holes are roughly between 10 and 20 times the mass of the Sun. Compared to a stellar, supermassive black holes are millions to billions of times larger than the Sun. They exist at the center of many large galaxies and may have a role in galaxy formation. Miniature black holes have never been discovered but have been theorized to be a part of the Big Bang. 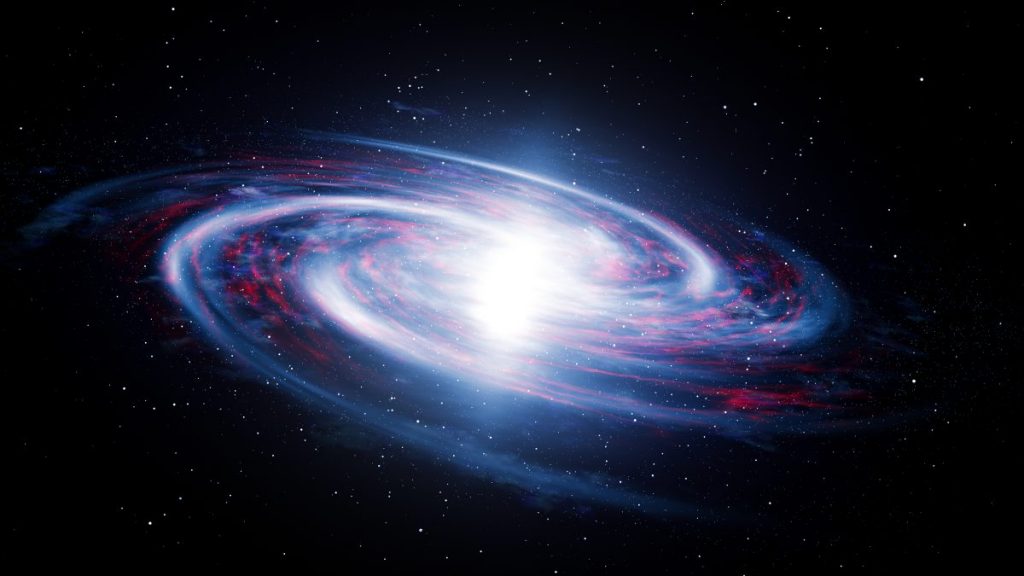 Measuring spin of a region of space with no solid surface is difficult. Because of the behavior of proximate objects, scientists have learned that some black holes spin, while others don't. A non-rotating black hole -- known as a Schwarzschild black hole -- has a singularity and an event horizon. Spinning black holes, Kerr black holes, are more common and are formed by a collapsed rotating star. They have the same parts as the Schwarzschild, plus an ergosphere and a static limit. 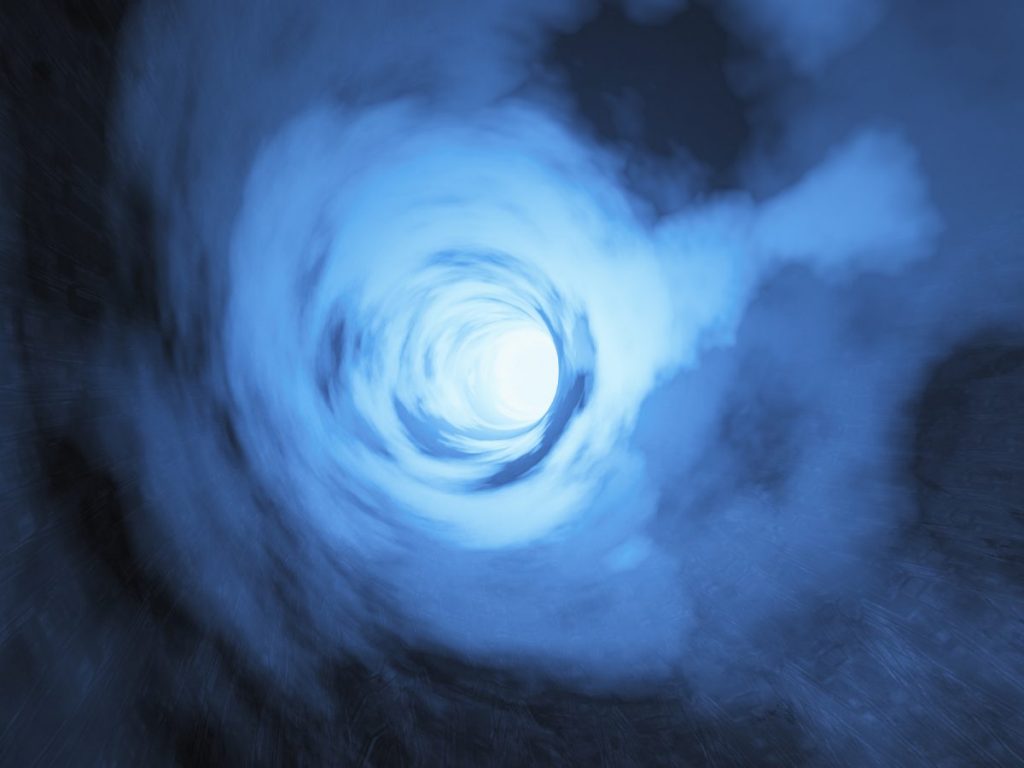 In 1974, scientists discovered that at the center of the Milky Way galaxy, 25,640 light years from Earth, is a supermassive black hole called Sagittarius A*. Sgr A* has multi-million-degree gas around it and a mass of approximately four million times the Sun. Scientists confirmed Sgr A* was really there by watching a small orbiting star, S2, go into the black hole's gravity well every 16 years as well as its the flares traveling at about 30 percent the speed of light. 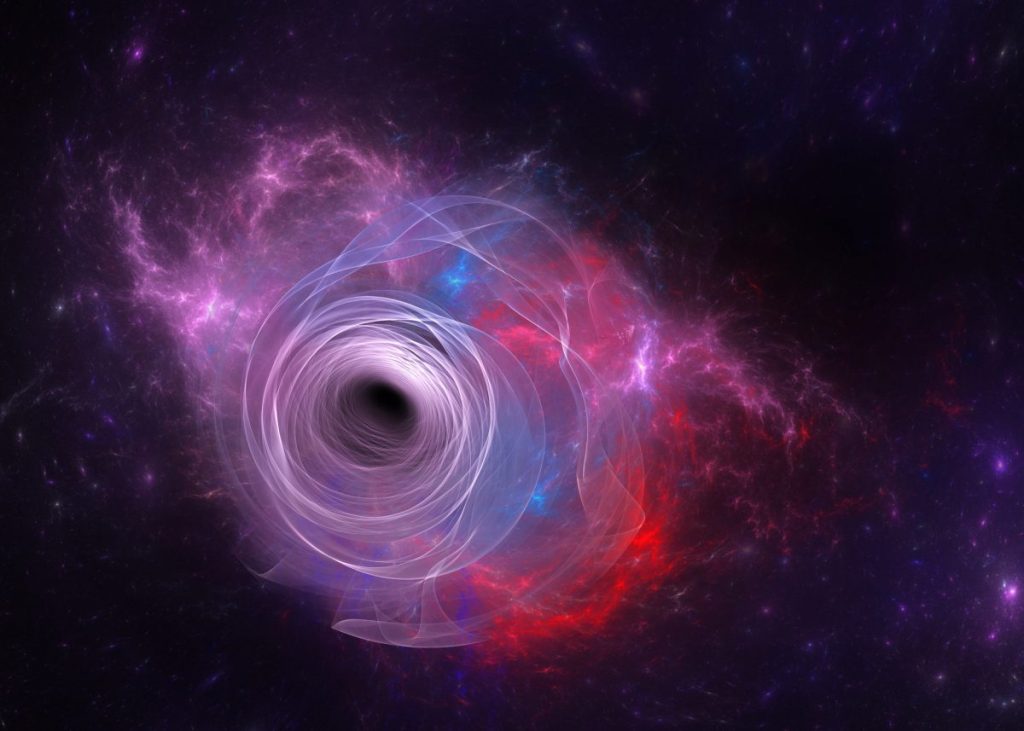 As an object falls towards a black hole, debris made of gas, plasma, or dust forms. The flow they create is called an accretion disk. Through gravitational attraction to each other, they form many objects, including planets, stars, and black holes. When gas spirals at high velocity into supermassive black holes, jets of energy particles shoot out of the center. It's believed that accretion has a role in this process because it's a more efficient power source. 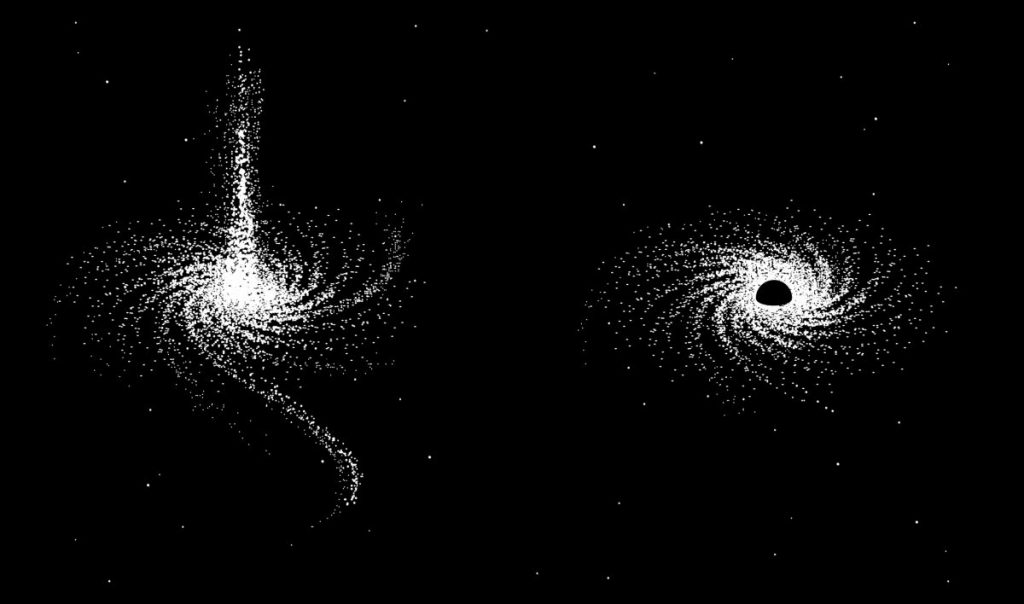 In 2009, the Hubble Space telescope observed the 25-solar-mass star N6946-BH1 burning over a million times brighter than normal over the course of a few months. The expectation was that it would go supernova. Instead, it imploded and formed a black hole. A direct collapse occurs when a star succumbs to its own gravitational pull as it dies and collapses into itself to form a black hole. Scientists estimate that between 10 and 30 percent of massive stars fail like this. 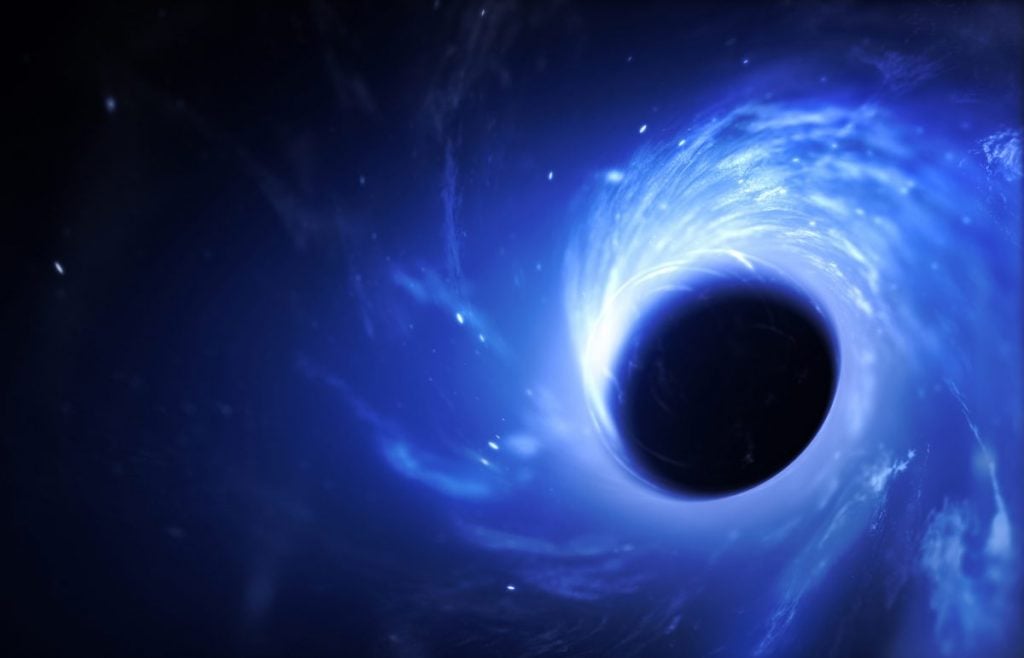 NASA states that supermassive black holes have masses greater than one million solar-mass energy. However, the black hole in galaxy NGC 4889 has a diameter of approximately 130 billion kilometers. It's been dormant for billions of years, allowing stars to form and orbit peacefully. But if it were to collide with another galaxy, it could reactivate. Thankfully, this supermassive black hole is 300 million light years away and is no threat to the Milky Way or Andromeda galaxies. 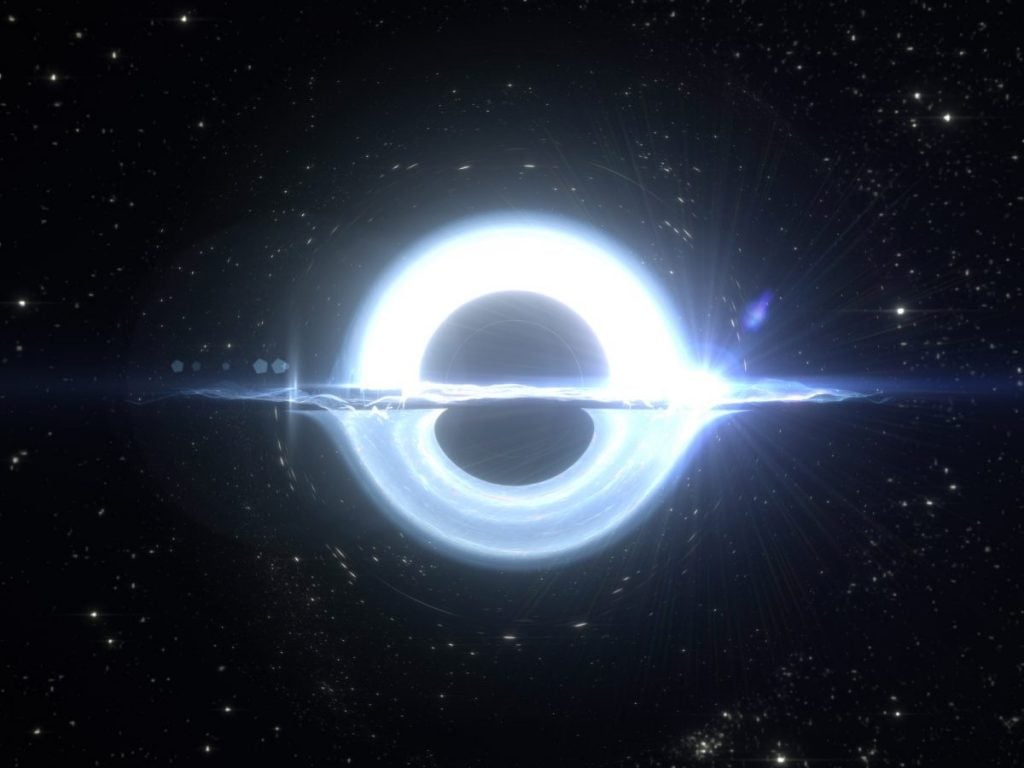 Back in 2011, researchers actually caught a case of merging black holes in NGC 3393. It seemed that the black hole at the heart of the galaxy was being devoured by a larger one with only 490 light-years between them. When black holes merge, it can be a violent phenomenon where objects and matter ripped out or even ejected. However, with minor mergers like this, it turned out to be a relatively peaceful event. 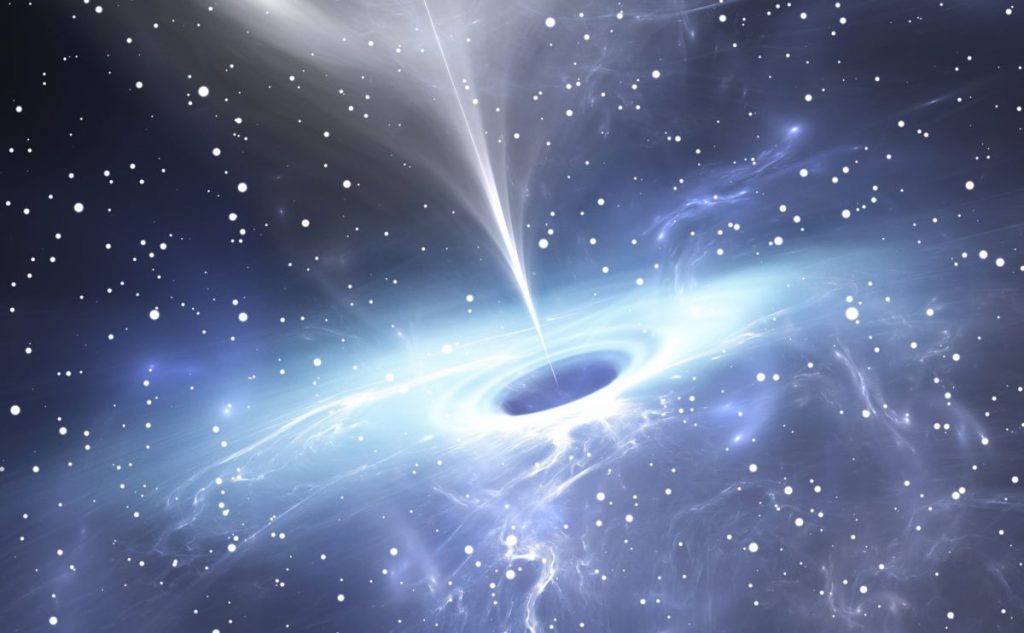 Black holes are so powerful that nothing escapes its event horizon unless they go faster than the speed of light. But what about a region of space where nothing can enter an event horizon? White holes are the theoretical opposite of black holes. In 2014, theoretical physicists Carlo Rovelli and Francesca Vidotto suggested that dead black holes that could no longer shrink any further would die and become white holes. Questions are still being formed and answered about their potential existence, and what would happen if they met with black holes. 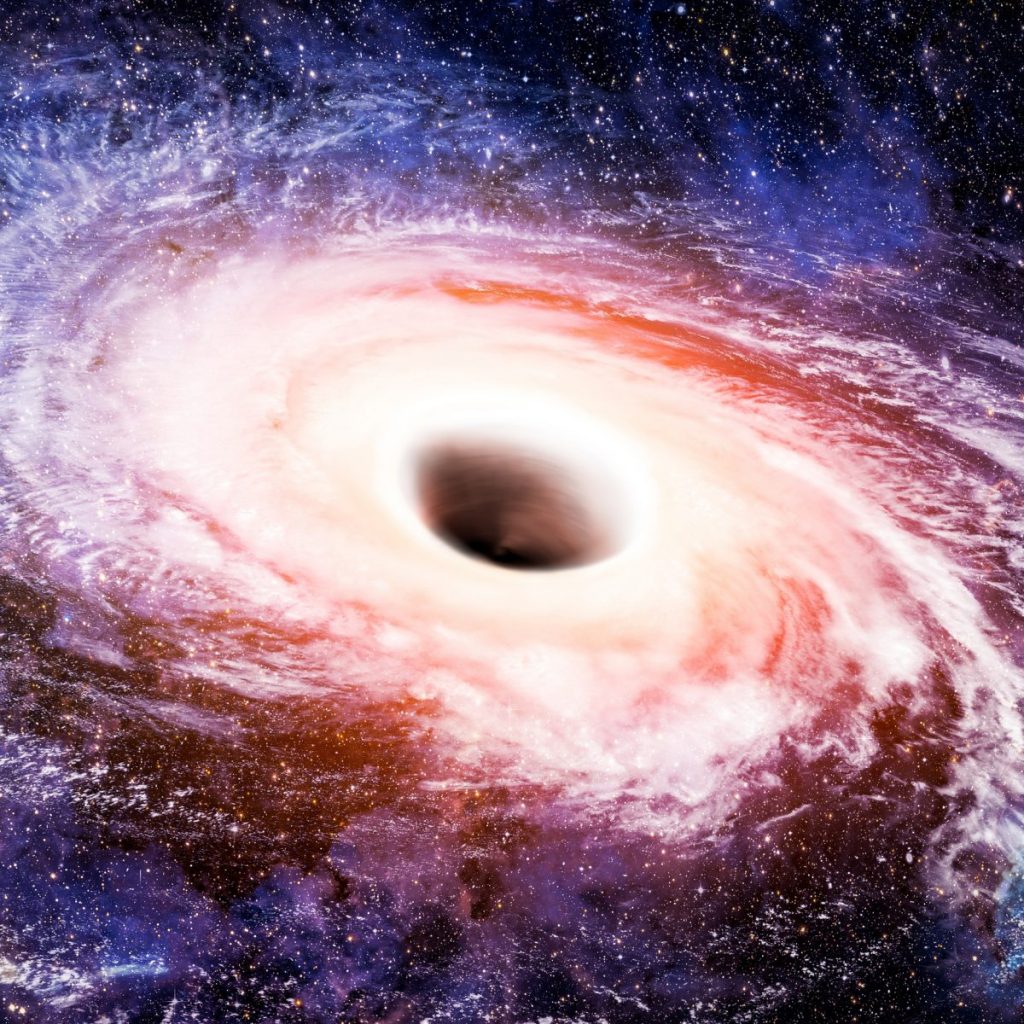