What Happens in the Brain When Habits Form?

There has been a leap forward in the understanding of habit formation in the brain. Scientists at MIT's McGovern Institute for Brain Research had discovered that the brain's striatum was sending signals during the learning process, then scaling back to only mark the beginning and end of a newly learned habit. This opened the door to the possibility that this mechanism was part of habit formation, though it could be simply part of executing motor processes. In their latest research, Professor Ann Graybiel and her colleagues have continued to experimentally define the actual mechanism behind habit formation.

What we think we know about habits

We put habits to work in sports, music, driving and just getting up in the morning and brushing our teeth. Medical and allied health practitioners use the habit-forming system to retrain the body and help it heal. Addiction counselors help clients to form new, healthier habits. They can see the results, but there has been little understanding of how the brain changes habits. 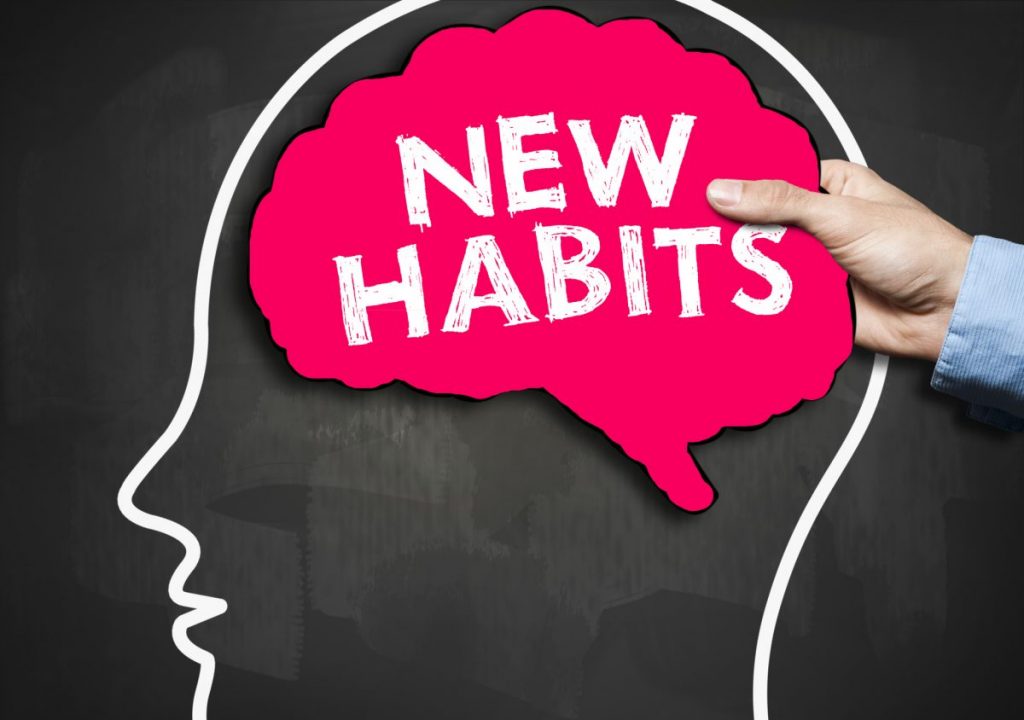 Obsessive Compulsive Disorder (OCD) as a special type of habit

Professor Ann Graybiel at MIT has been exploring the role of the brain's basal ganglia in learning. Parts of this brain structure also provide learning-related functions such as reward responses. Research has shown that damage to the basal ganglia can result in obsessive-compulsive disorder (OCD). This may also wind up identifying new ways to treat OCD. 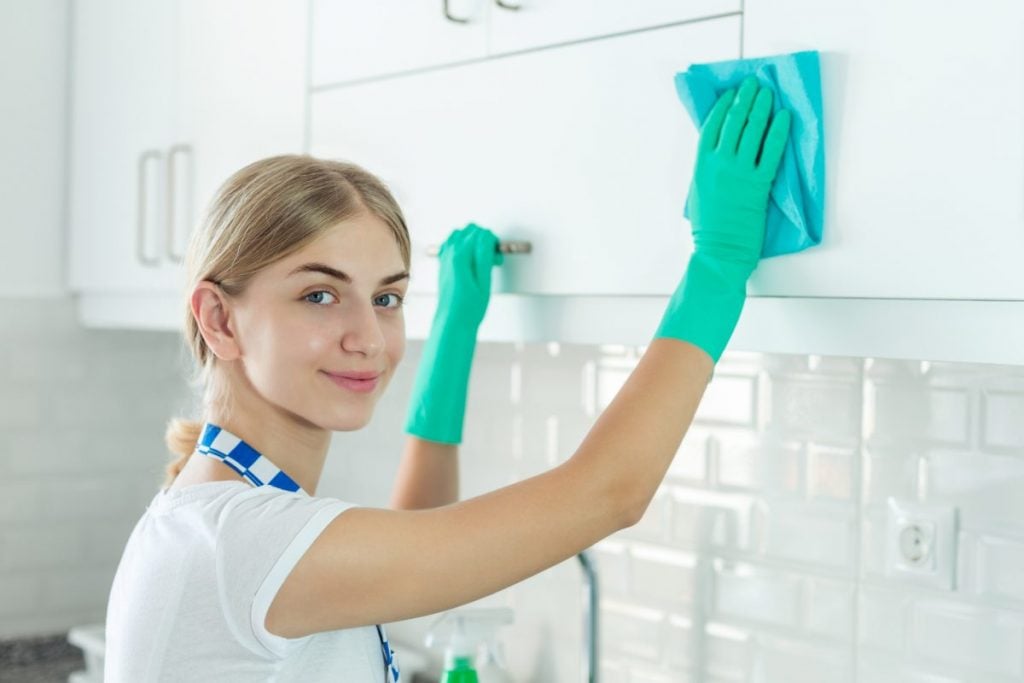 Many people have turned to a toy called a fidget spinner and perhaps unknowingly substituted this habit for other, often undesirable ones. Instead of lighting a cigarette, worrying, or cleaning excessively, they can let the program for fidget spinning run and substitute for their other behavior. This kind of replacement therapy provided another question for Professor Graybiel's brain researchers to explore: could the formation of a new habit eliminate the old one, or does it simply provide a substitute without removing the previous program? 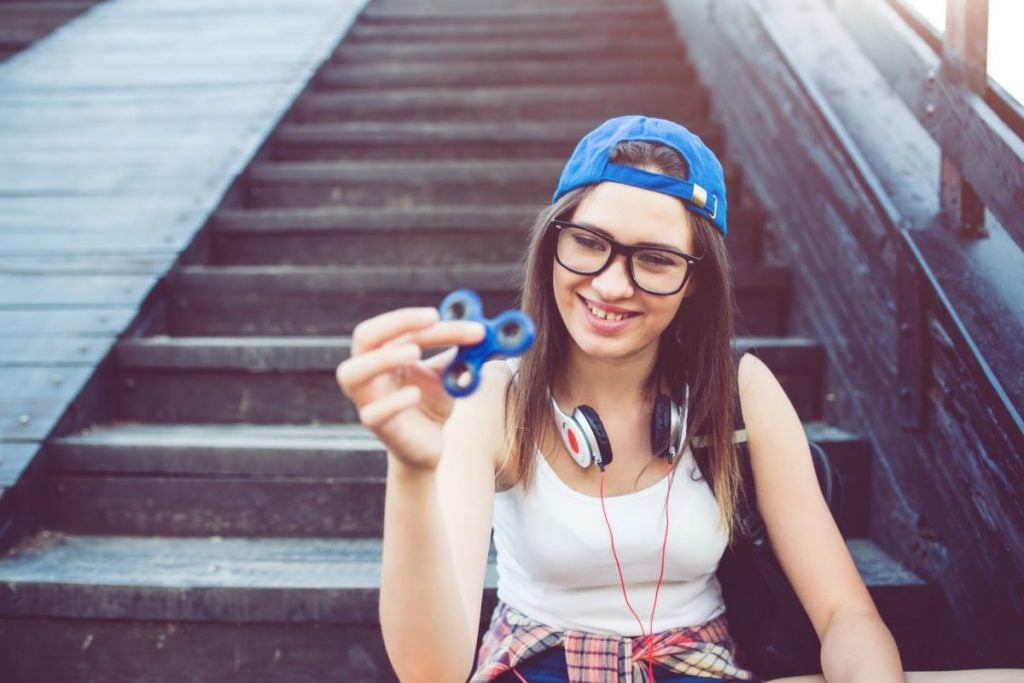 The performance of Olympic runners and other athletes is in part a result of carefully planned retraining of their physical and mental habits. Just as a golf player changes his swing to improve his range, they repeat a new action while their brain, as we're now learning, is busy sending the training signal from the striatum, then scaling back to bookending to establish and repeat the new habit. 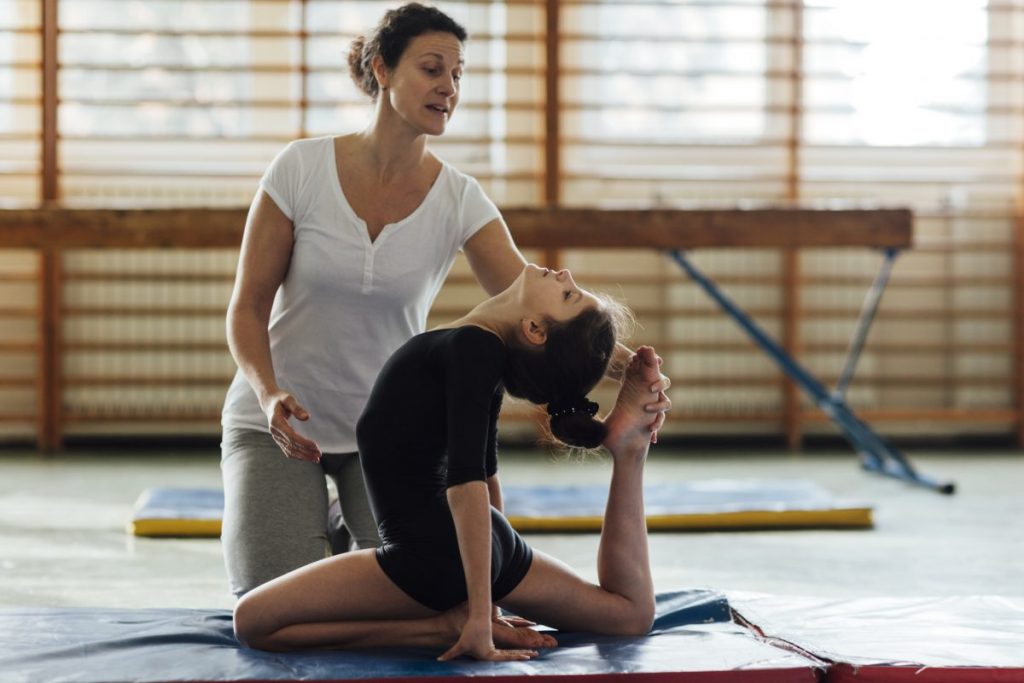 Tapping the cigarette pack, fidgeting with a cigarette, sparking the lighter and other habits are part of a smoker's rituals. They lead to the intake of smoke, but they begin as a physical habit program. The advent of vaping, the consumption of vaporized chemicals including nicotine, has provided another set of rituals which could be less harmful. Again, the question remains: was the smoking habit replaced? 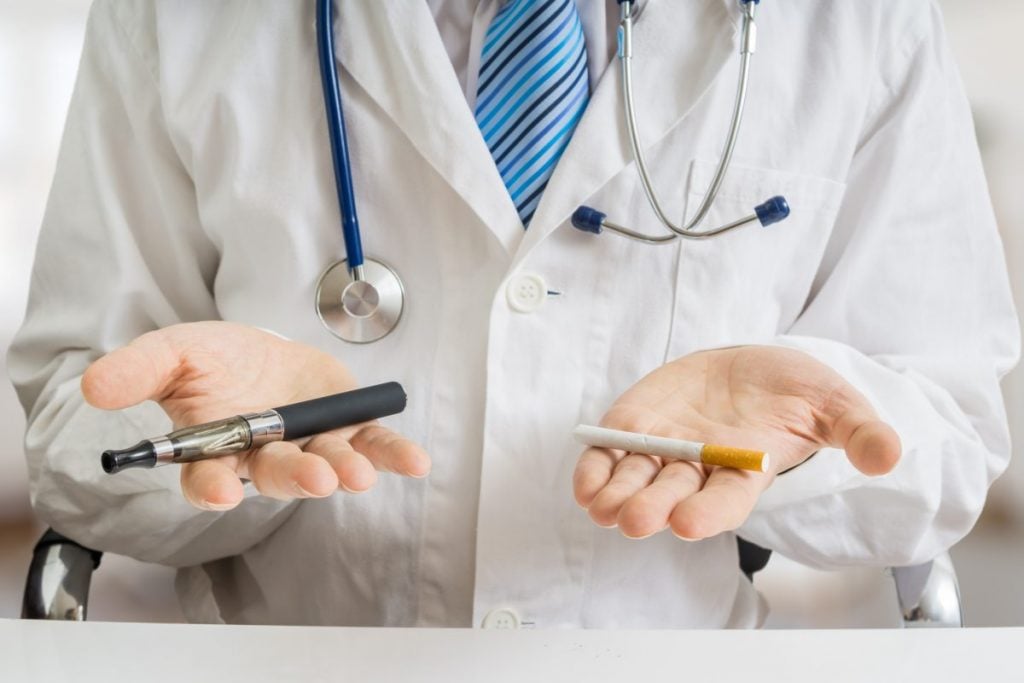 Roots in the Basal Ganglia

The striatum, which the researchers discovered was sending training input during habit formation and bookending signals after, feeds the basal ganglia. This extensively connected group of "nuclei" or functional subgroups is involved in procedural learning, habitual learning, controlling voluntary motor movements and eye movements, cognition, and emotion. MIT researchers discovered that they could affect the automatic playback of habits by working with the infralimbic cortex, part of the prefrontal cortex which affects a wide range of behavior and decisionmaking. 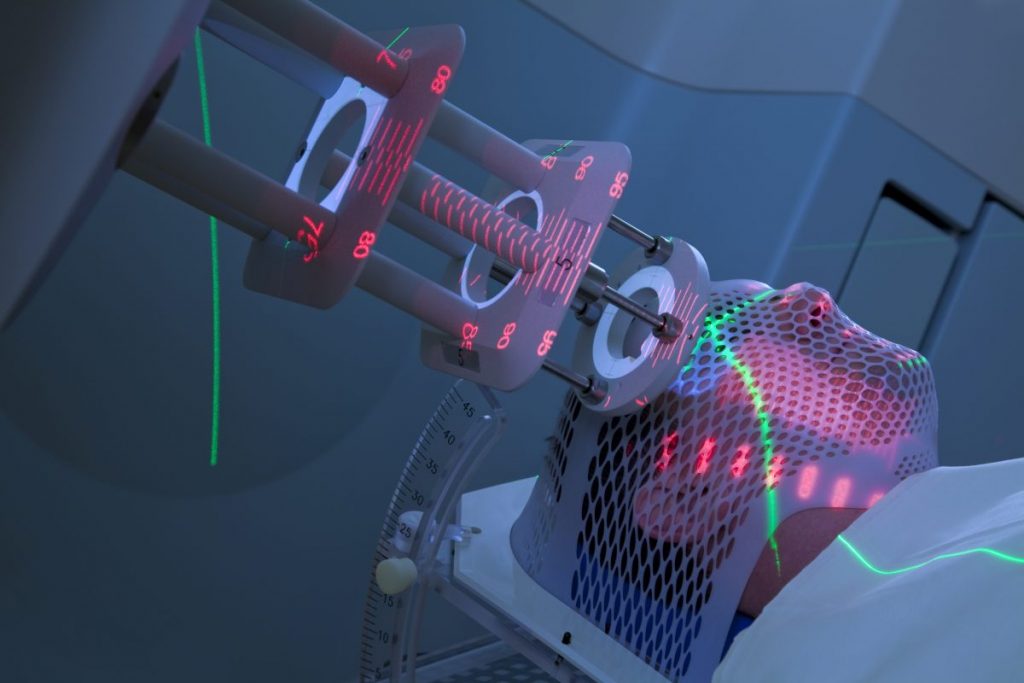 How Neurons are Involved

The experimental part of Professor Greybiel's team's work involved classic rats in a maze tests with rewards and aversive stimuli. The rewards helped train the rats to run the maze and build habits. They then removed the rewards and checked to see if the rats still ran the maze as taught. Finally, they provided the aversive stimulus to see if the rats would continue the habit even if it was a mildly disagreeable experience. They added to the mix a technique called optogenetics which allowed them to switch the neurons in the infralimbic cortex using light. This allowed them to turn the brain's habit execution function on and off. Sure enough, though the habits stuck even during the disagreeable stimulus, switching off the neurons sent the rats into untrained behavior. 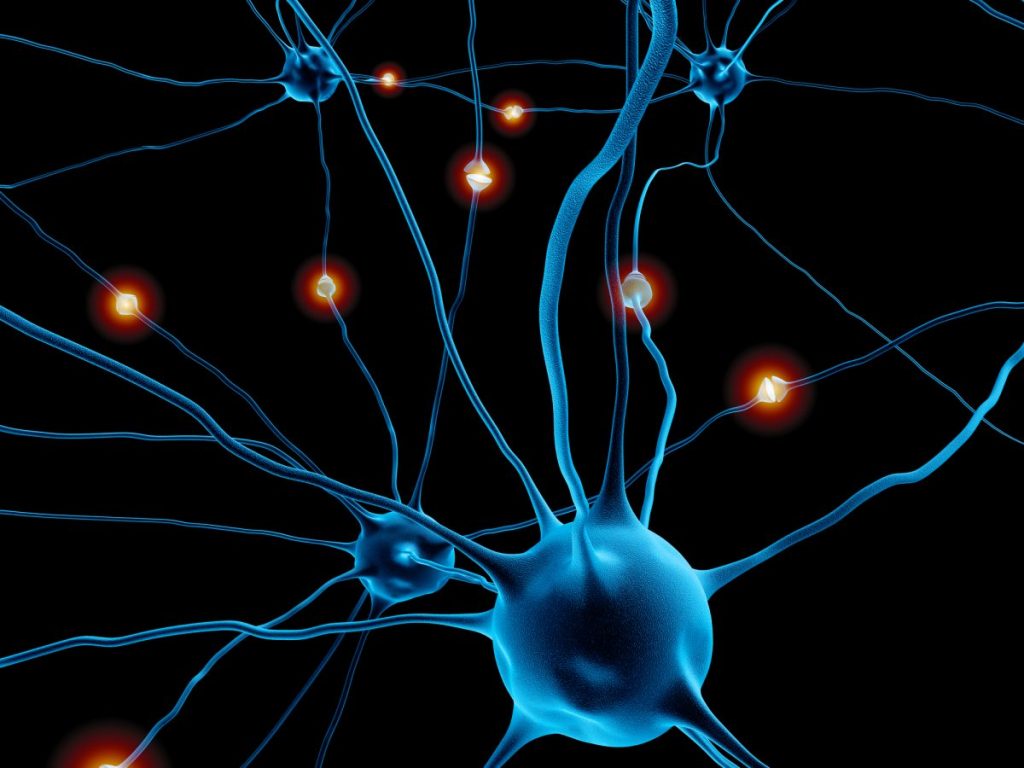 Optogenetic disruption of habits is currently too invasive to be used to modify human behavior and break old habits. At some point, perhaps, it might be administered like this radiotherapy session, targeting the brain of patients whose lives are severely disrupted by habitual behaviors as in OCD. The researchers did find, however, that disabling a habit did not remove it from the brain. And under certain circumstances, it could be resumed. When they used optogenetic disabling to turn off a new habit, the old one resurfaced. 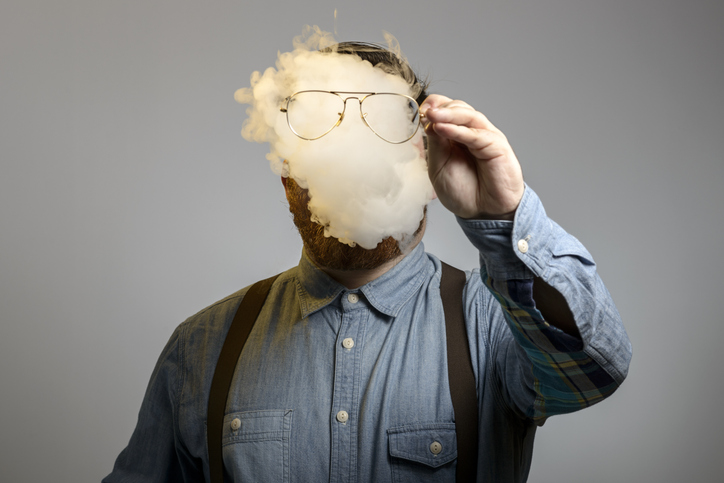 By gaining insight into essential mechanisms in the habit formation and execution process, Professor Graybiel of MIT and her research associates have opened an important door. Trainers and counselors, in addition to researchers, can more deeply understand how their treatment techniques work. More research needs to be done to understand what makes habits persist even when they are not being executed. We also need to know the various brain structures connected to the basal ganglia are involved. Still, the MIT researchers have confirmed a basic habit mechanism where none was previously known. 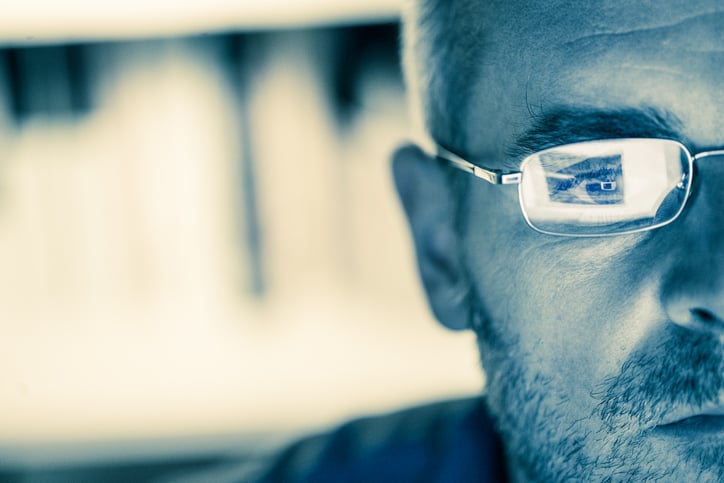 Research shows that Virtual Reality is an excellent way to influence habits. It is especially helpful when real-world training would involve exposure to hazardous situations like firefighting or chemical plant operation. The results of this brain research at MIT may help to focus the VR-based training of workers, athletes and even patients recovering from body and brain injuries and relearning basic functions. 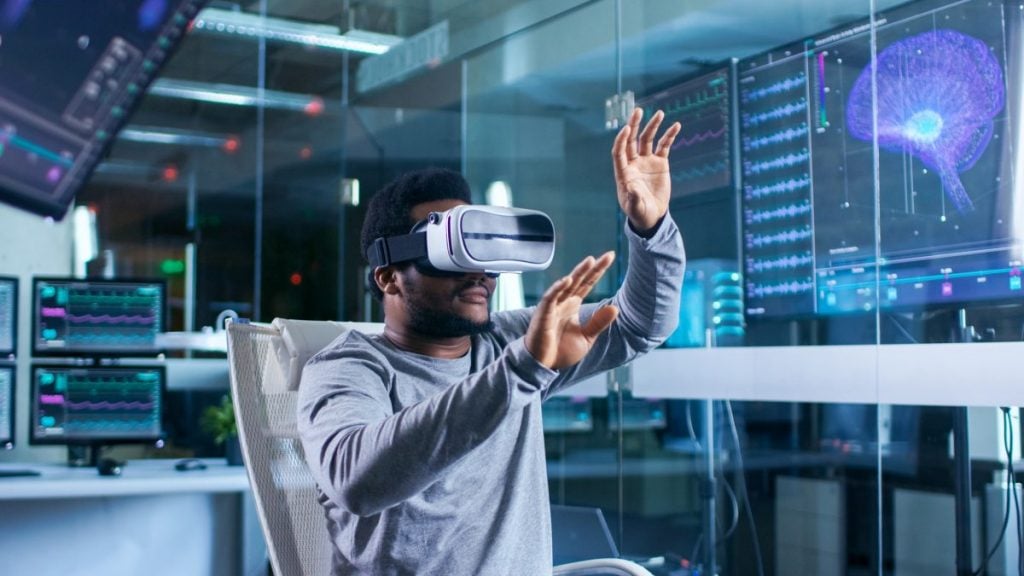