What Happened to the Dinosaurs?

Hundreds of millions of years ago, when the continents had formed and long before human beings had even begun to evolve, it was dinosaurs that ruled the earth. Dinosaurs - which comes for the Greek for ‘terrible lizard’ - were a group of reptiles that dominated this very planet we stand on for more than 160 million years. Then, around 65 million years ago, more than 50% of the world's species became extinct - dinosaurs included. Scientists are still at a loss as to why and how this mass extinction came to be. So, exactly what happened to the dinosaurs?

When Did Dinosaurs First Appear On Earth?

According to Paleontologists, dinosaurs first appeared around 240 million years ago. Throughout their existence, scientists have also identified three different epochs: the Triassic, Jurassic, and Cretaceous Period. Over this period, which is collectively known as the Mesozoic era, the Earth's continents changed from a single supercontinent called Pangea and our planet as we know it today.

Did You Know? Most of the dinosaurs in the movie Jurassic Park were actually from the Cretaceous Period. Although 'Cretaceous Park' doesn't exactly have the same ring to it, does it? 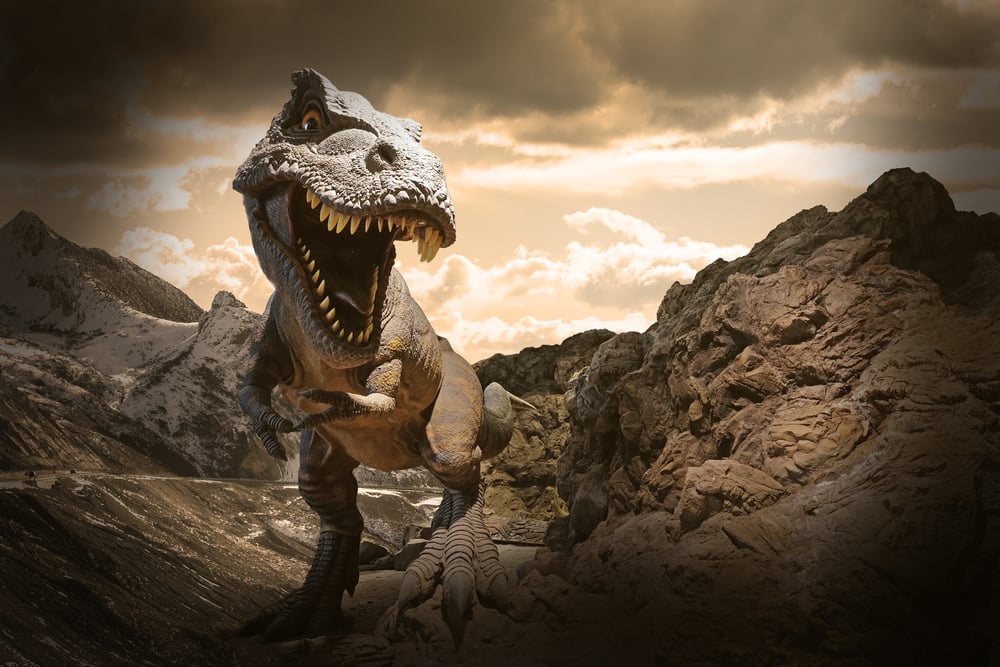 When Was the First Dinosaur Found?

The first actual documented evidence of dinosaurs came in 1822 when Mary Ann Mantell discovered some large teeth. At the time, she and her husband, Gideon, thought that they were the remains of a gigantic iguana. Twenty years after that, a scientist named Richard Owen realized that the teeth were different from that of an iguana. Therefore, if they weren't the remains of a large iguana, what could they be? While that was happening in Britain, the U.S. had its own evidence to show, too. Scientists discovered massive footprints that they believed belonged to birds when, in fact, they belonged to dinosaurs. 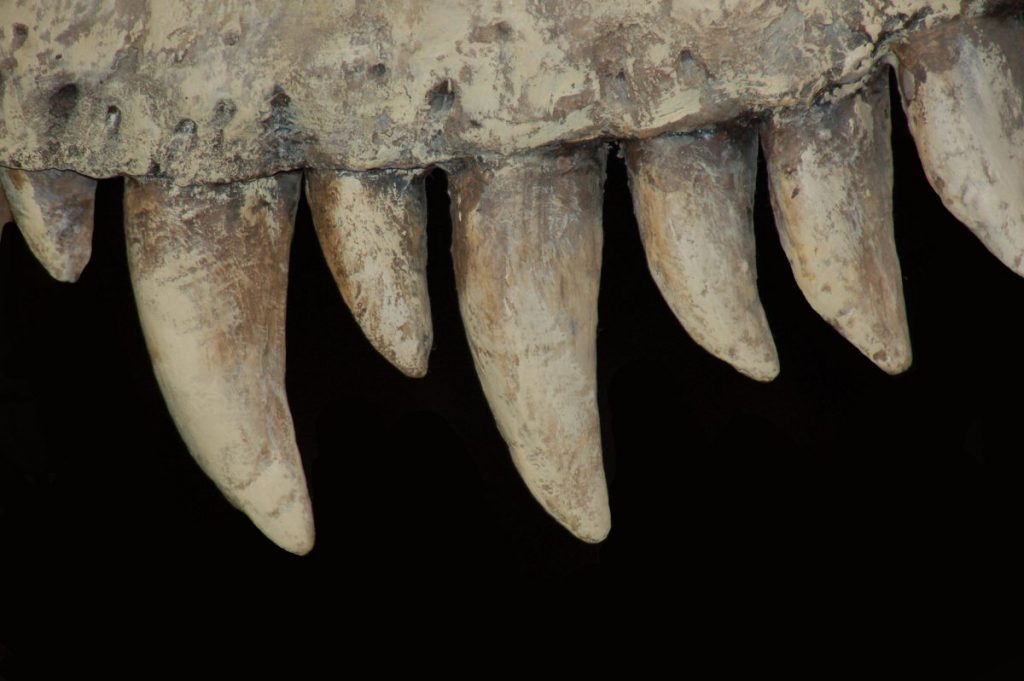 Did Any Dinosaurs Survive the Extinction?

Whatever the means for the mass extinction of the dinosaurs, there were almost no survivors left. Every creature that weighed more than 100 grams was obliterated. That being said, some species found a way to survive. Alongside cockroaches and other invertebrates such as millipedes, there's evidence that some of the smaller dinosaurs somehow managed to keep on going. The evidence we’re speaking of is birds. 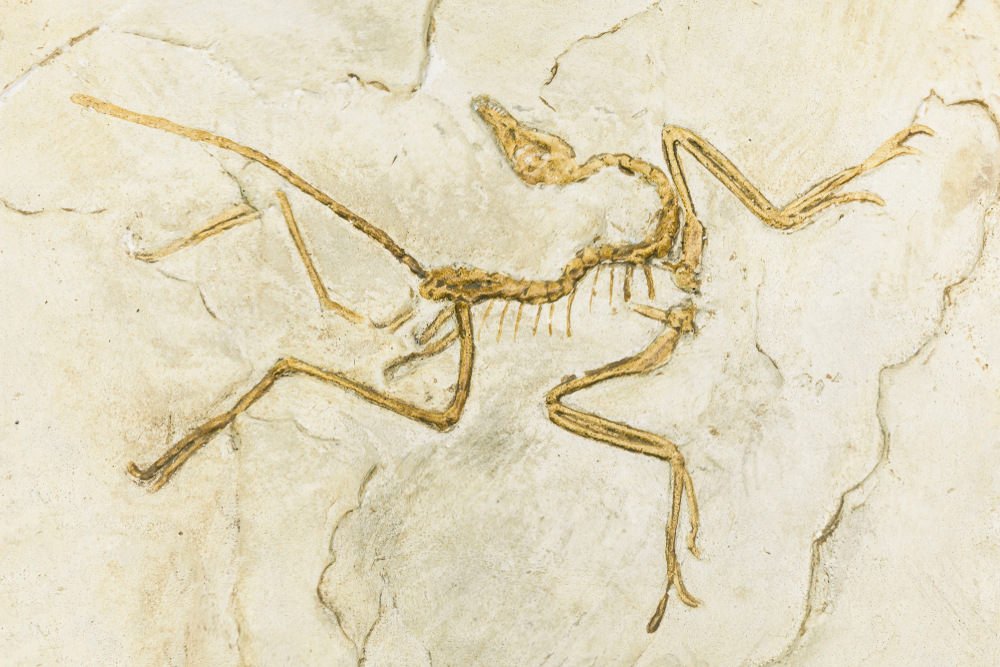 Do the Dinosaurs Have Any Living Ancestors?

Scientists have always believed birds to be related to some of the smaller dinosaurs. However, during the 1990s, it was discovered that it wasn’t only the smaller dinosaurs such as Archaeopteryx that were ancestors of the birds we see and hear today. In fact, in recent years, paleontologists have found evidence that some of the larger creatures had feathers too. One of these is also a dinosaur that most of us know from its menacing appearances in the Jurassic Park’ movies: the velociraptor. Yep. Not so frightening-looking now, huh? 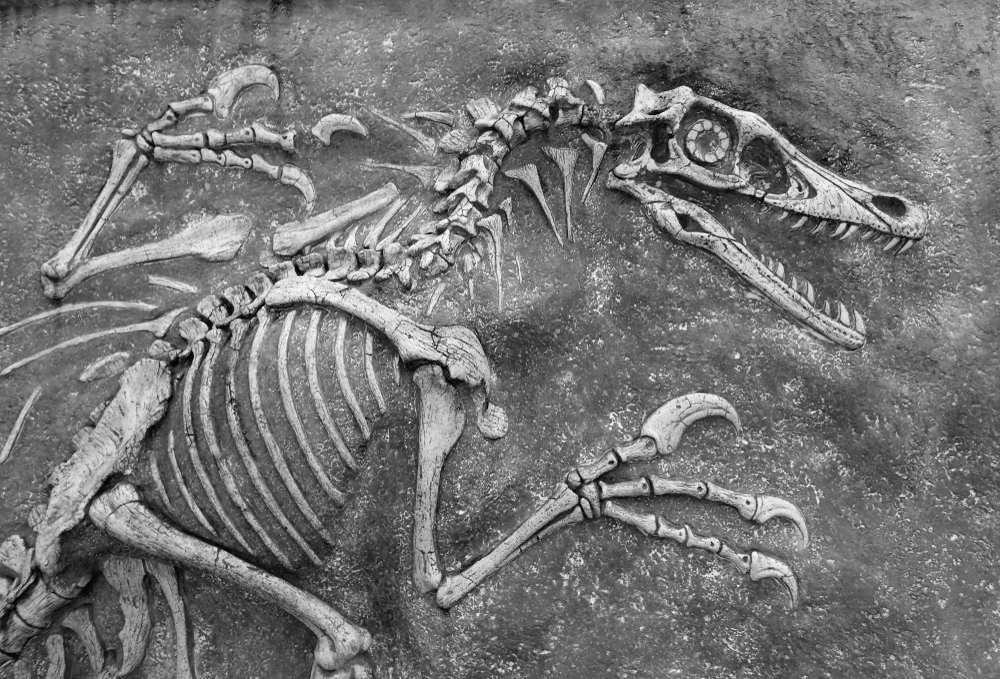 What Are the Most Common Extinction Theories?

Because nobody actually knows what brought about the extinction of the dinosaurs and probably nobody ever will, scientists only have their well-researched theories on the matter. Of these theories, there are several, which many believe each had their hand in the mass extinction. The best estimate that we have is that a number of factors came together to rid the planet of the giant beasts that once ruled it.

Did You Know? There wasn’t just one mass extinction. The Mesozoic Era didn’t just end with extinction - it began with one too. 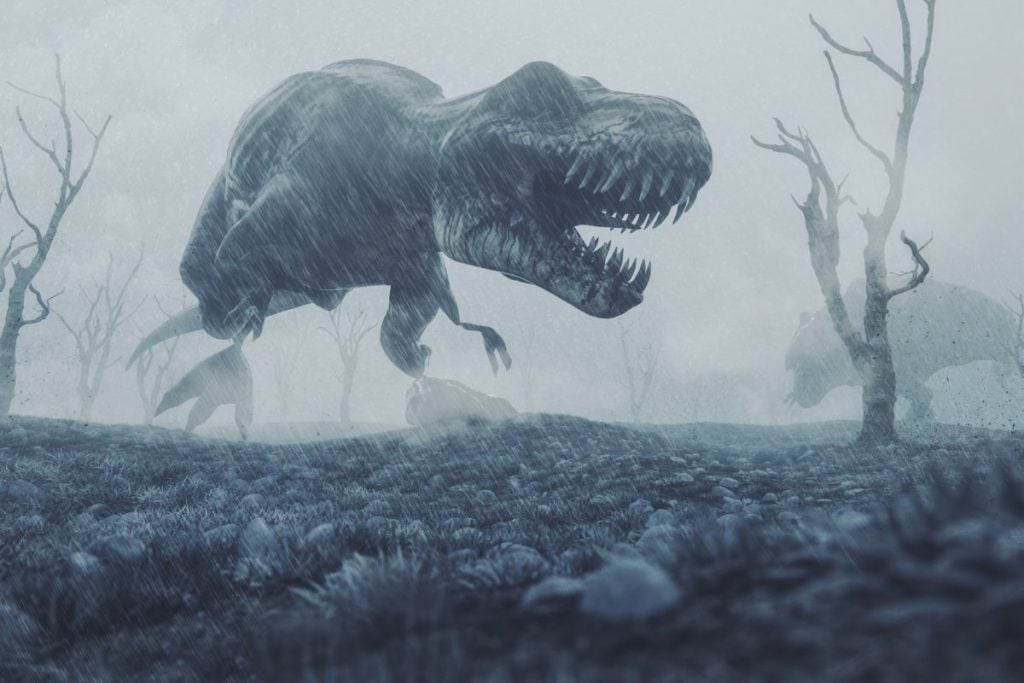 Was There More Than One Extinction?

While there is no doubt that the mass extinction of the dinosaurs was the one that changed our planet the most, it wasn’t the only time Earth experienced a wipeout. As a matter-of-fact, the Earth has seen five major prehistoric extinction events known as the 'big five.' Three of these occurred during the Mesozoic period, with the first earning the nickname "The Great Dying" due to the loss of 96% of all species on the Earth. A second Mesozoic Era extinction came between the Triassic and Jurassic periods; this was the period that truly saw in the era of the dinosaurs. 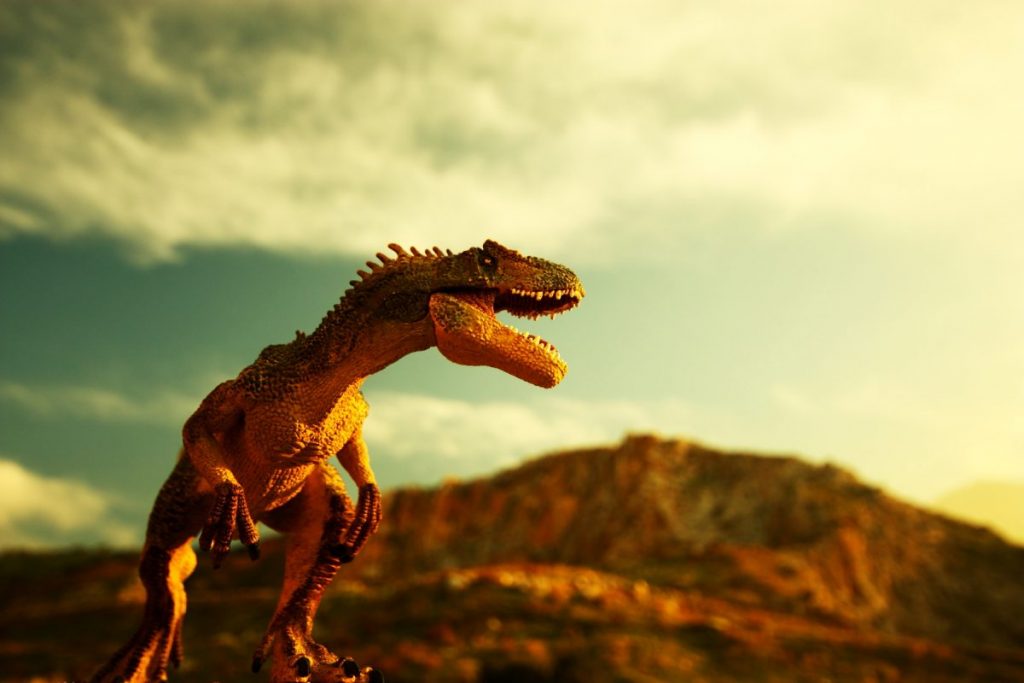 An Asteroid or Meteor

One of Science’s most common theories on the extinction of dinosaurs involves a meteor or asteroid hitting the earth with such great velocity that its impact wiped them all out. When an asteroid collides with the Earth's surface, the kinetic energy of its motion is converted into explosive energy. This blows out debris, dust, rocks, and a mass of energy that far surpasses the area of impact. As well as all of this debris being blown into the planet, it would have also sent it into the atmosphere. With so much dust shrouding the Earth's orbit, the sun would have been blocked out for years, plummeting the planet into cold and darkness. As well as this, scientists have also more recently calculated that, after the impact, the debris could have also rained down balls of fire all over the world. 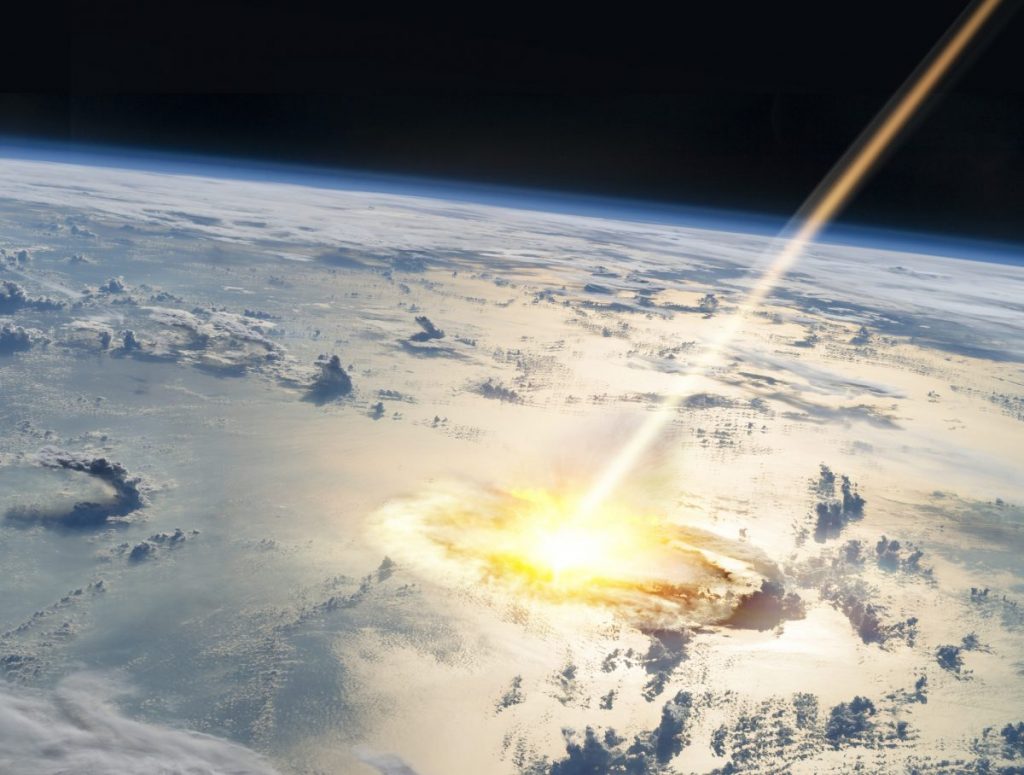 Another common theory for the dinosaurs' extinction lies in the magmatic hands of volcanoes. This theory is also rather easy to conceive; after all, we've seen volcanic eruptions in our own lifetimes that have majorly affected the planet. Scientists theorize that volcanic eruptions could have spewed toxic and sulfurous gases into the atmosphere, which essentially starved the dinosaurs of the air they needed to survive. 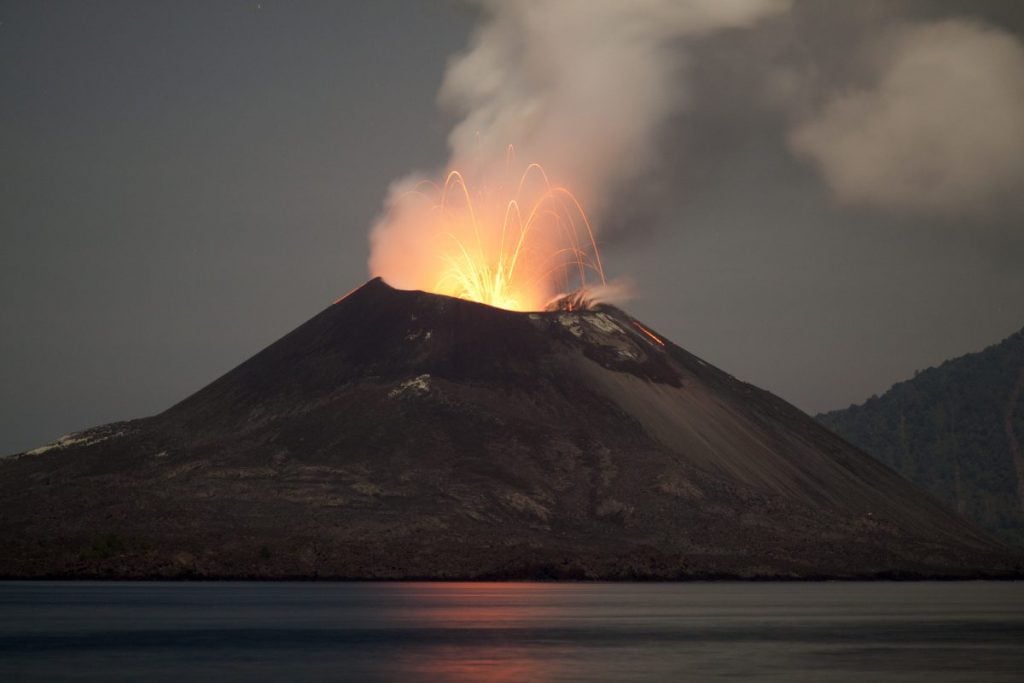 One thing we hear a lot about these days is climate change. We’re even privy to being able to see just how climate change is affecting the Earth. After all, as well as the hole in the ozone layer, our polar ice caps are now melting. If only we could ask the dinosaurs, who very well could have succumbed to this themselves. Climate change is one of science's more gradual theories for how the dinosaurs might have wound up extinct. However, there are also theories that climate change was even responsible for how well they flourished during the Jurassic and Cretaceous periods. 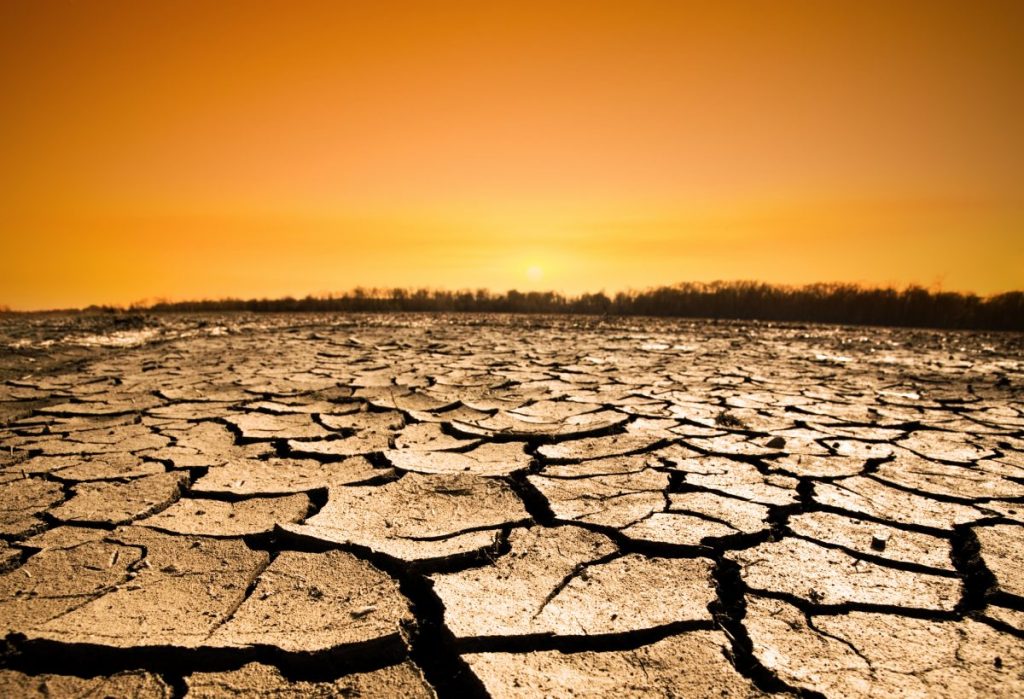 So What Happened to the Dinosaurs?

This is the question on everyone's lips. It’s the question that paleontologists and other scientists have devoted their lives to for centuries. There’s a very possible theory that it was a combination of all of the above things that contributed to the mass extinction. That being said, there’s also the idea that because all of these things did happen, they could very well happen again. Perhaps in another 65 million years, a new race of living creatures will be asking themselves, “What happened to human beings?” 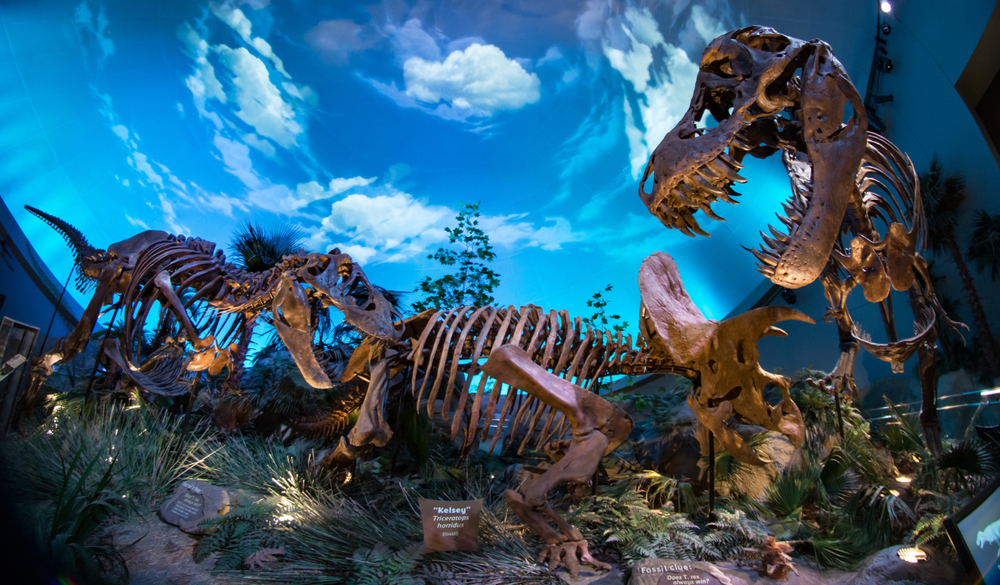