What do you Know About Ball Pythons?

The ball python is a snake native to sub-Saharan Africa. Ball pythons are relatively small compared to other pythons, and they are the smallest pythons on the African continent. They are popular pets due to their a calm, non-aggressive temperament.

Ball pythons were named for their habit of curling into a ball when they are stressed or frightened. These snakes are also known as royal pythons and their scientific name, Python regius, has its origins in ancient Egypt. Regius is the Latin term for royalty. According to Egyptian legend, Cleopatra wore these pythons around both wrists during her reign as queen.

Ball pythons in captivity do well in a large glass cage with dry substrates such as cypress, moss, or newspaper. Humidity should be around 50-percent, and ball pythons prefer high temperatures. These snakes have sensitive skin, so heating rocks are not recommended. A heating pad may be used with careful supervision. Water must be available at all times and changed daily. The snake usually eats two or three times per week. Frozen or thawed mice are a safe and convenient feeding option. 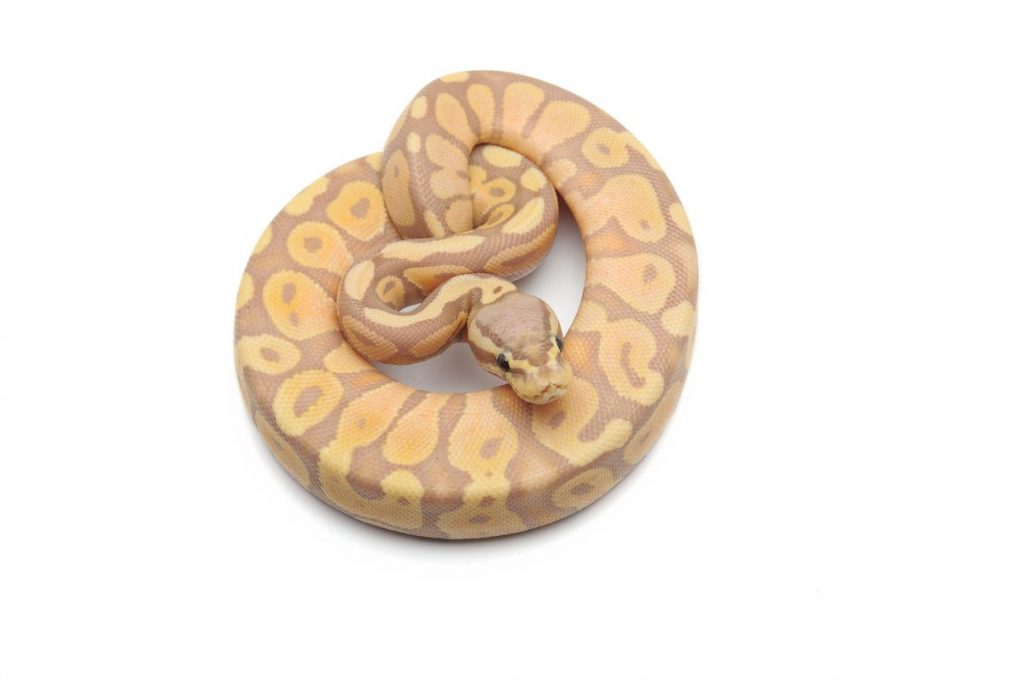 Ball pythons are dark brown or close to black in color with numerous oblong blotches of tan, light brown, reddish- brown, or yellow-orange. The colors and patterns of wild ball pythons vary significantly between populations in different geographical locations. Pied and albino coloration occurs more often in ball pythons than in other snake species. The yellow-orange colorationof ball pythons in Ghana is very popular among python enthusiasts. 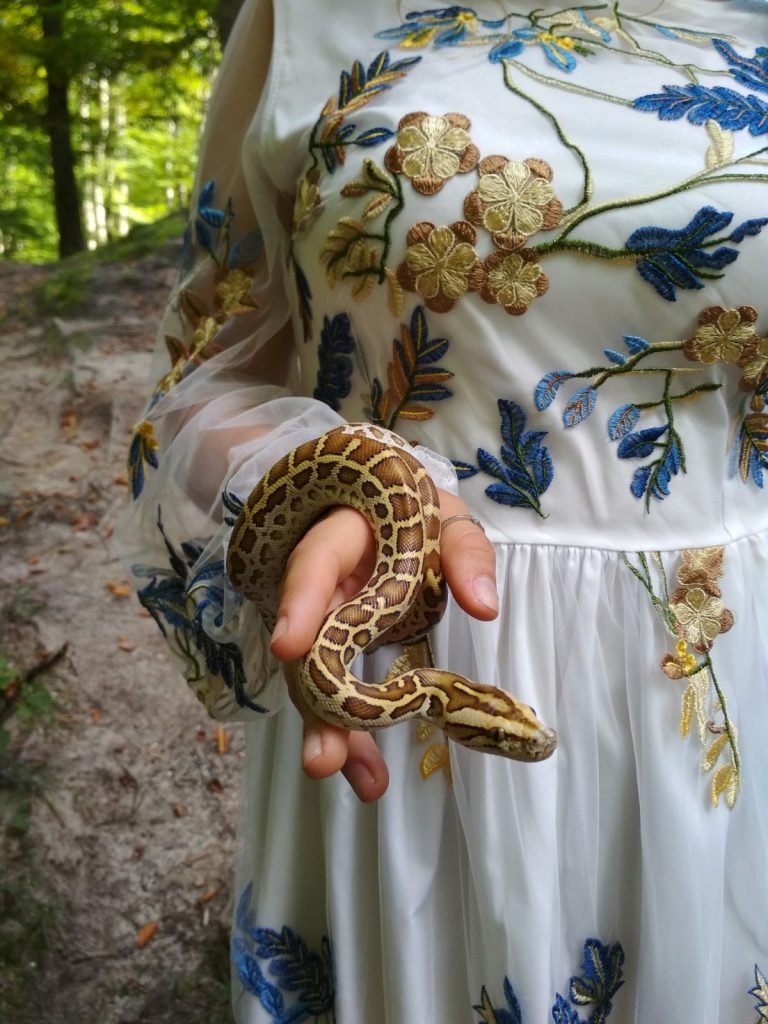 Most of the current ball python population in captivity originated from breeding stock in Toga and Ghana. Ball pythons have been kept as pets and bred in captivity long enough to select for specific traits. Selective breeding for morphs, or genetic mutations, produce altered colors and patterns. A wide range of color morphs in captive ball pythons can be produced and altered easily. The ease of breeding for color morphs may be related to the extensive variety of colors and patterns in wild ball pythons. 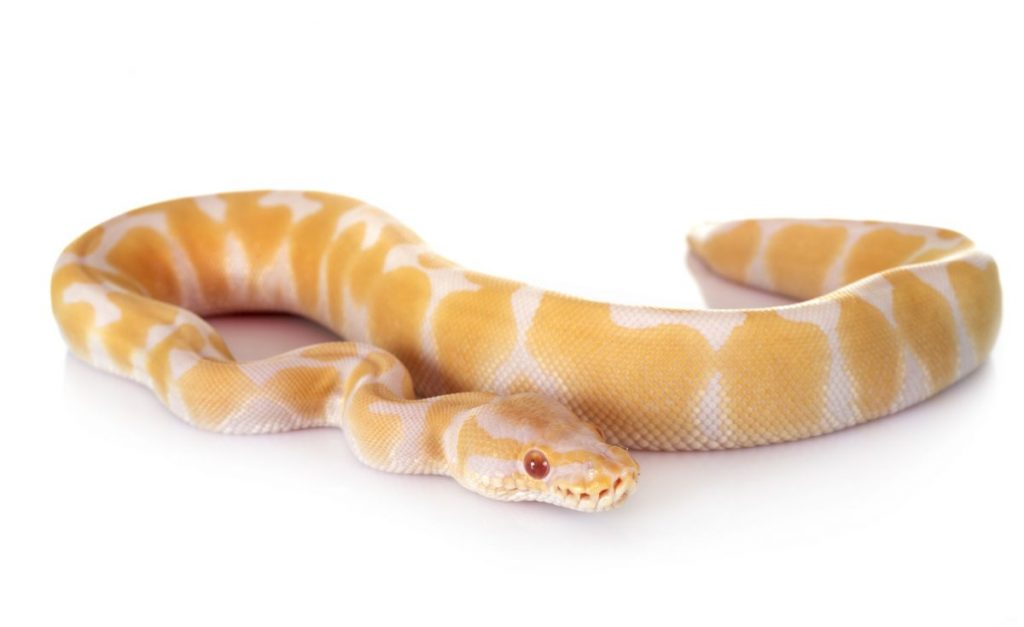 Ball pythons are found throughout a vast amount of territory in Sub-Saharan Africa. Their range covers a wide swath of central Africa and parts of east Africa. Most of this territory is in Senegal, Mali, Sudan, Guinea-Bissau, the Central African republic, Zaire, and Uganda. Ball pythons have also been observed in Niger, Chad, Guinea, Sierra Leone, Liberia, Ivory Coast, Ghana, Togo, Burkina Faso, Nigeria, Benin, and Cameroon. 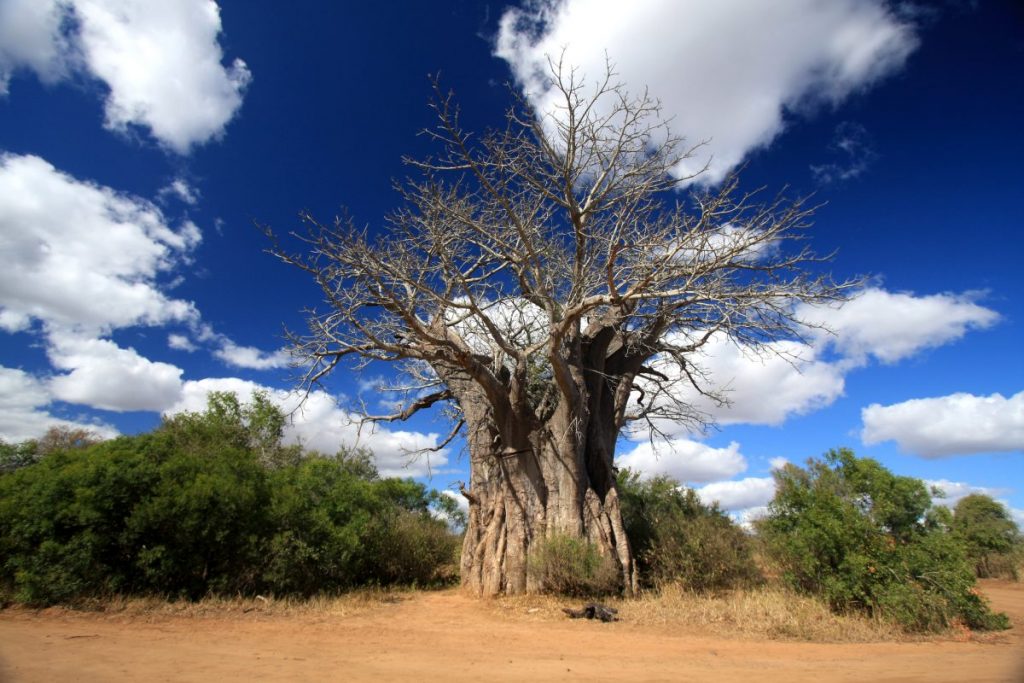 Ball pythons are threatened across most of their range. These snakes are a source of food and leather for local towns and communities. Hunting, trapping, habitat destruction, and collecting for the pet-trade are all taking a heavy toll on ball python populations. Most pet ball pythons in the US and other developed nations are bred in captivity, but black market trade still thrives in some parts of the world. 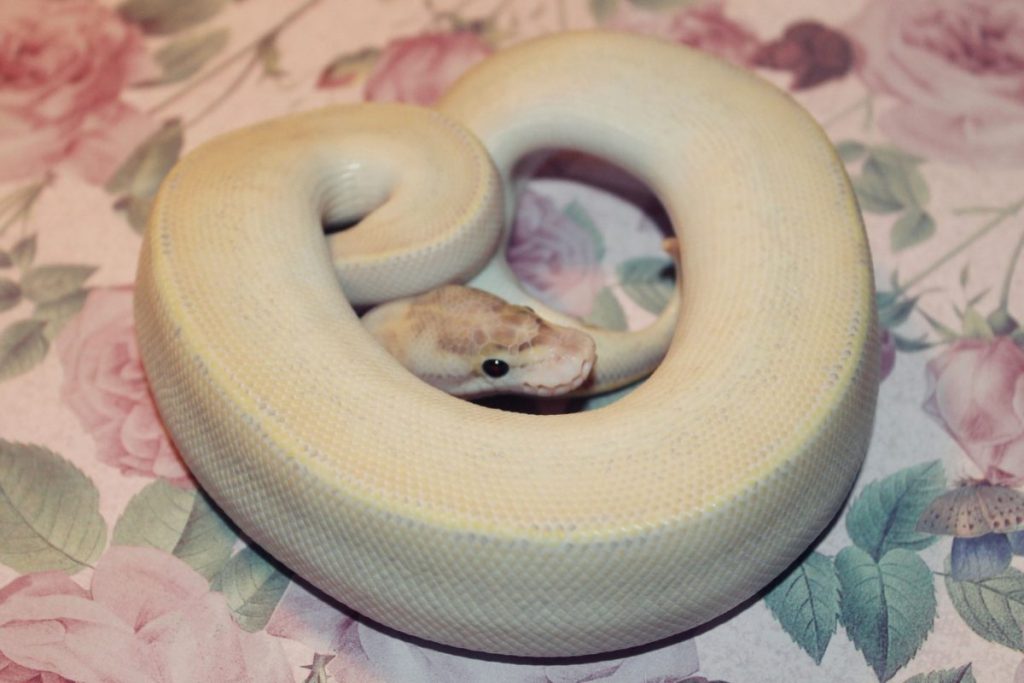 Ball pythons prefer open, arid habitats. They are found in savannahs and other grasslands, sparse forests, overgrown fields, and along the edges of agricultural areas. Ball pythons seek shelter in small mammal burrows, termite mounds, or hollow logs. They are mostly a ground snake, but they can climb trees and shelter in hollows if such surroundings are available. These snakes are attracted to large rodent populations, so they will frequently hunt in barns, tilled fields, and village outskirts if human activity is minimal or absent. Ball pythons will not remain in an active agriculture area. 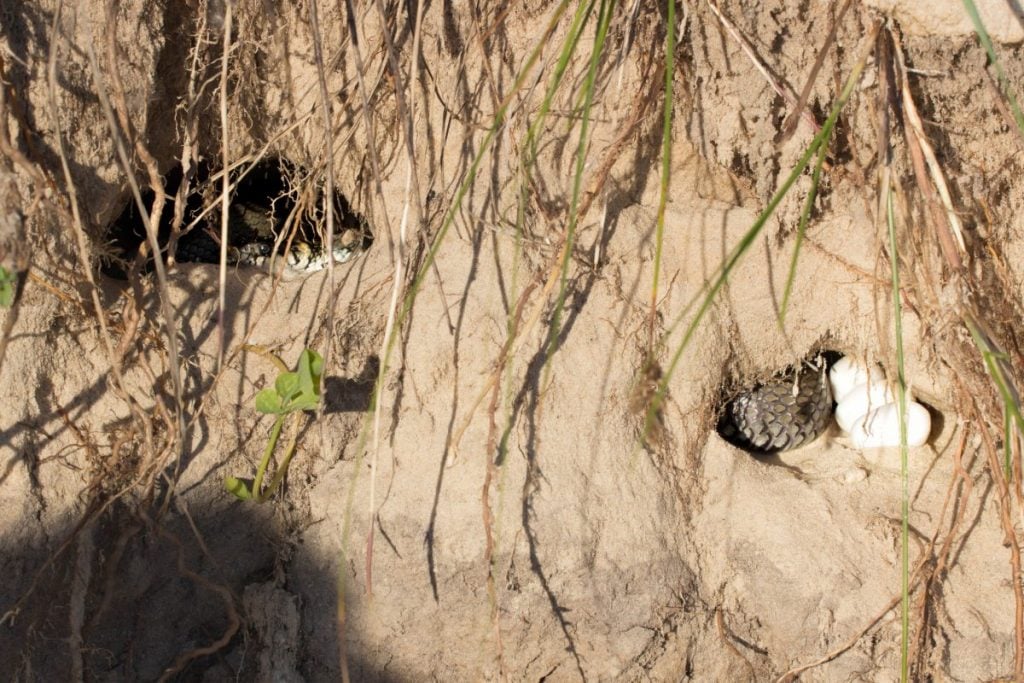 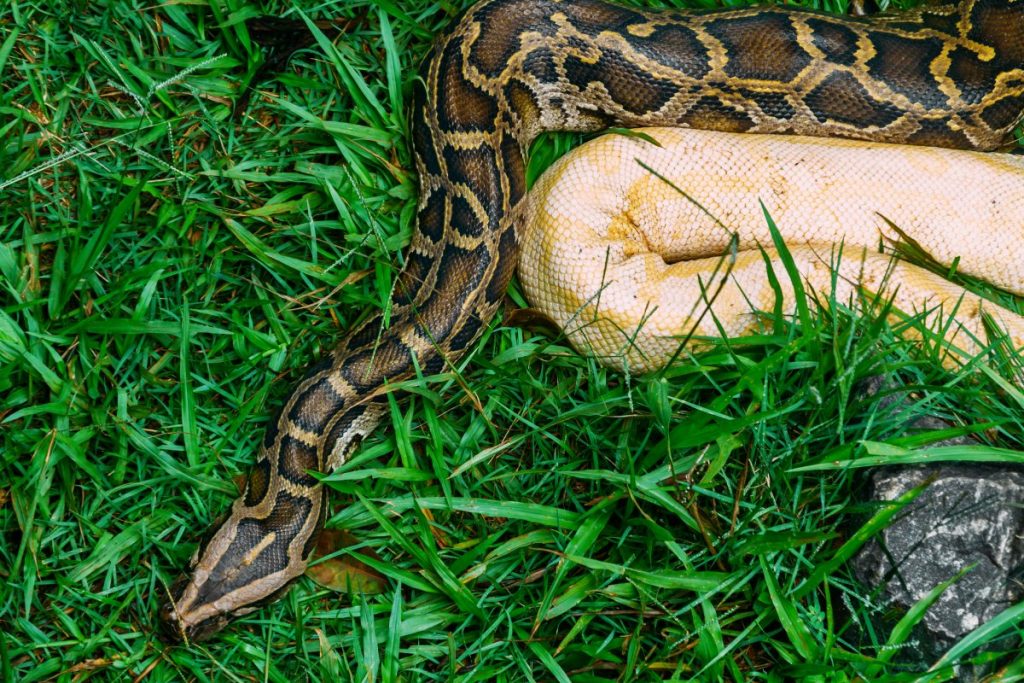 Female ball pythons lay a clutch of six or seven large eggs every year. The female usually finds an abandoned rodent burrow for the eggs, and she stays coiled around her eggs throughout the three-month incubation period. Coiling around the eggs modifies temperature and humidity while protecting the clutch. The female snake can produce a slight amount of heat by coiling tightly and shivering when the temperature around the clutch drops. 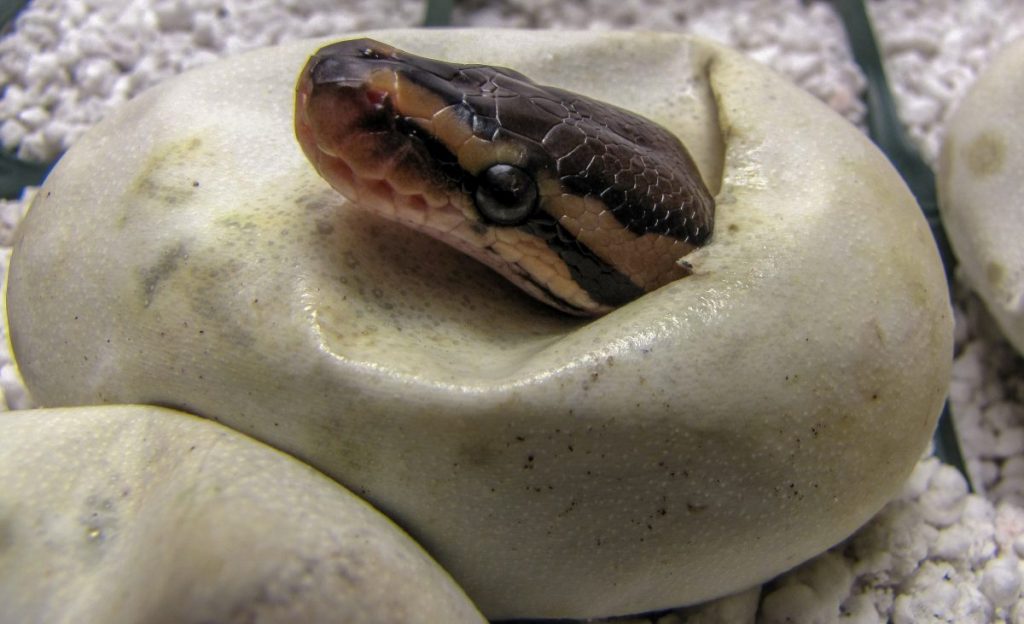 A pet ball python isn't capable of killing a human, but it can injure people with a bite. Ball pythons are very docile as a species. Individual ball pythons can be aggressive and attempt to bite their owners. This kind of aggressive behavior may decrease over time with proper handling, but there is always some risk of an aggressive snake. It is best to purchase a baby or yearling snake to shape behavior as the snake matures. Altering the behavior of an adult ball python is very difficult. 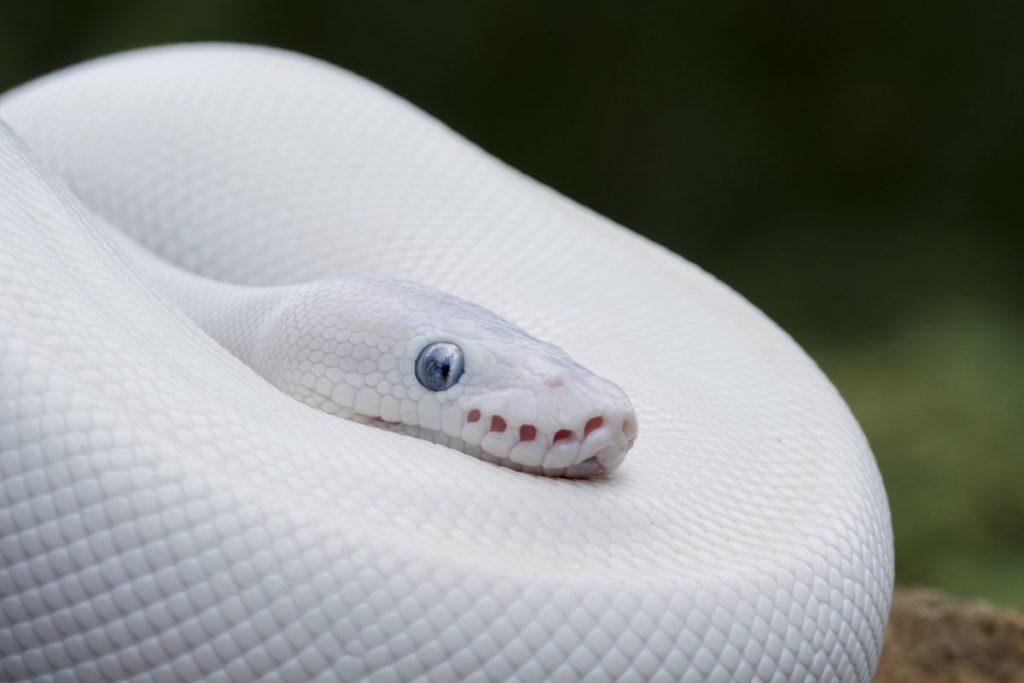 Salmonella and other bacteria are always a risk of owning snakes. The best methods to avoid bacterial infection are keeping the cage clean and diligent hand-washing after each interaction with the snake or cage. It is important to thoroughly research sources of ball pythons before purchasing. Learn everything possible about the seller, and be alert for warning signs of sick or neglected snakes. Unintentionally buying from an illegal source is also a concern. The US and many other nations monitor exotic pet sourcing, but it isn't uncommon for unscrupulous sellers to ignore laws and sell snakes that were collected from wild populations. 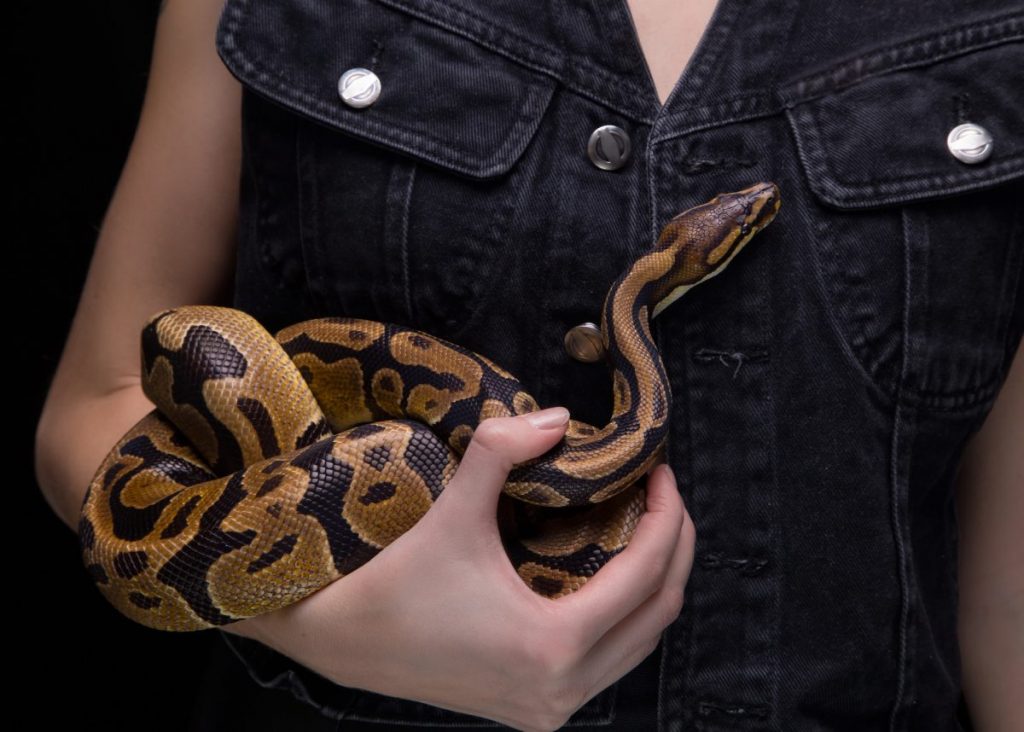