What Do We Know About Thomas Edison?

The name "Thomas Edison" makes people think of the first incandescent light bulb or the phonograph machine. Many don't realize that he also created one of the earliest motion picture cameras. This American businessman and inventor was a renowned scientist whose name appears on 1,093 US patents. Thomas Edison devised the world's first manufacturing research laboratory, which was located in Menlo Park, New Jersey. Besides his most famous inventions, there is a lot that the general public doesn't know about this highly successful inventor.

His Middle Name is Alva

Thomas Edison was born in Milan, Ohio on February 11, 1847. He was the youngest of seven children. His parents gave Thomas the middle name Alva, and most of his family called him Al. One of the family's close friends in Milan was a well-known ship captain named Captain Alva Bradley. The Edison family honored him by giving their son, Thomas, his name. 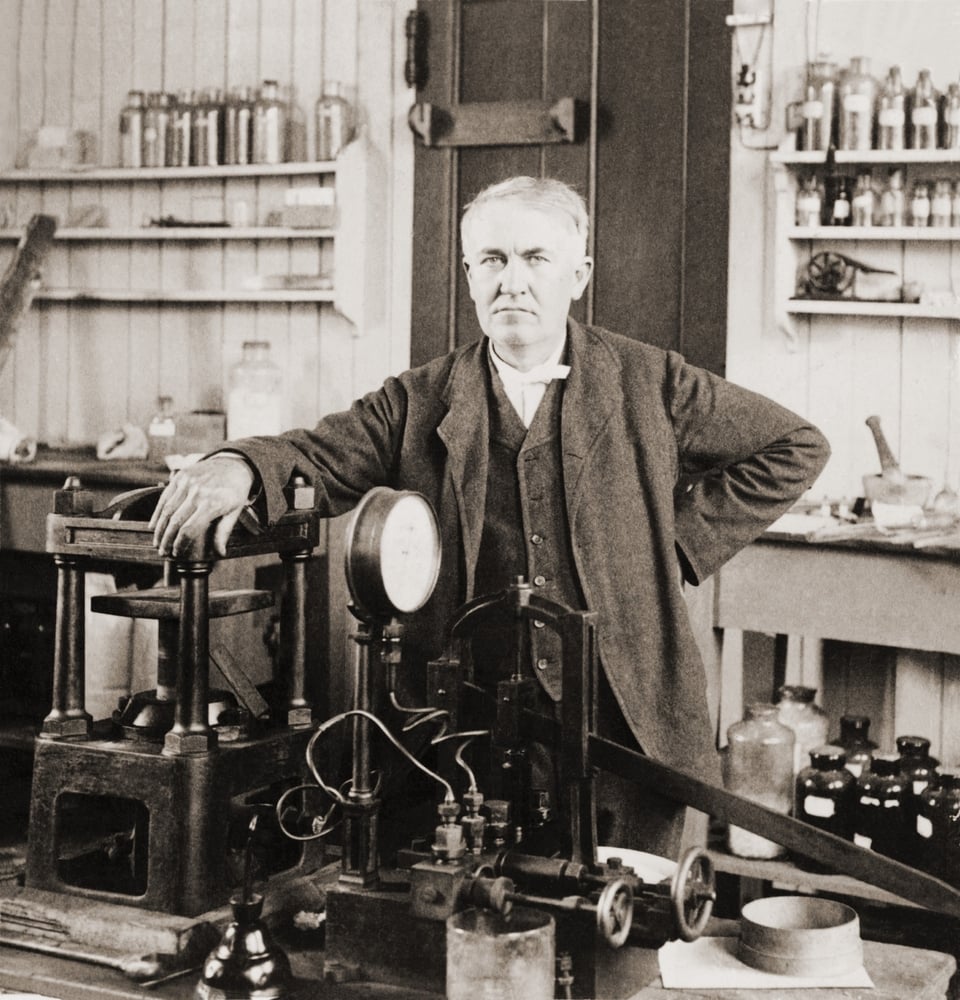 He Was Trained to Be a Telegraph Operator

In his teen years, Edison worked for the railroad in Port Huron, Michigan. One day, he saved the life of a three-year-old boy who was nearly killed by a runaway train. To reward Edison for rescuing his son, the boy's father taught him how to operate a telegraph. By the time he'd turned 15, Edison knew enough about telegraphs to find employment as an operator. This gave him the chance to travel throughout the Midwest as a substitute telegraph operator for those entering military service during the Civil War. 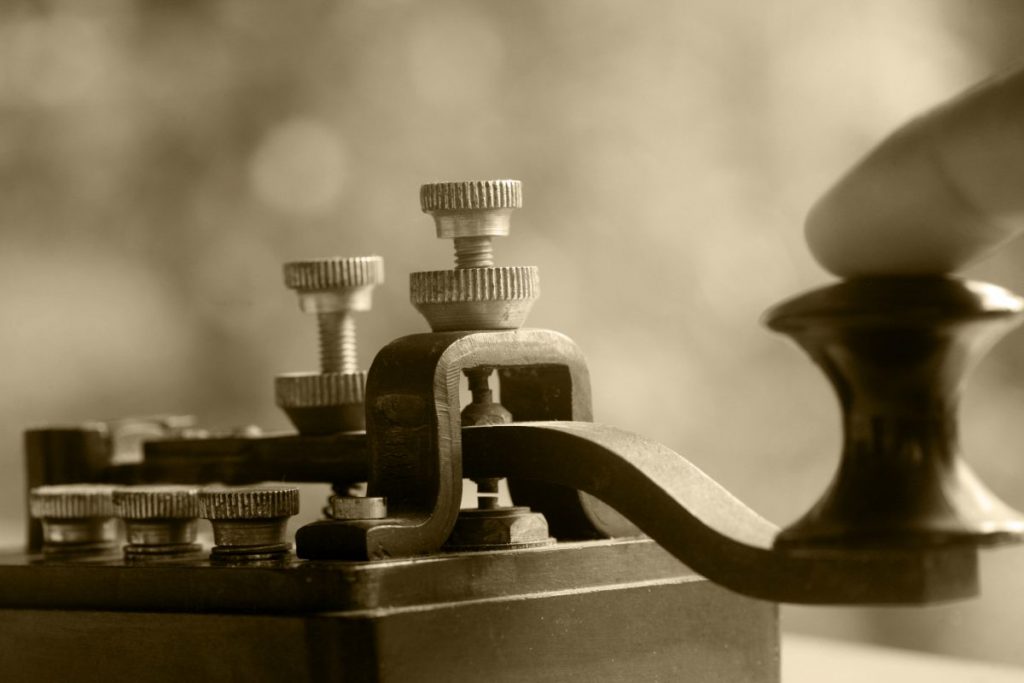 One of Edison's First Inventions

When he was 22 years old, Thomas Edison moved to New York City. It was there that he developed his first marketable invention: the Universal Stock Printer. This was an improved version of the stock market ticker. His new invention integrated several stock tickers' transactions at once.

The Gold and Stock Telegraph Company paid Edison $40,000 for the rights to his invention which enabled him to begin a full-time career as an inventor. 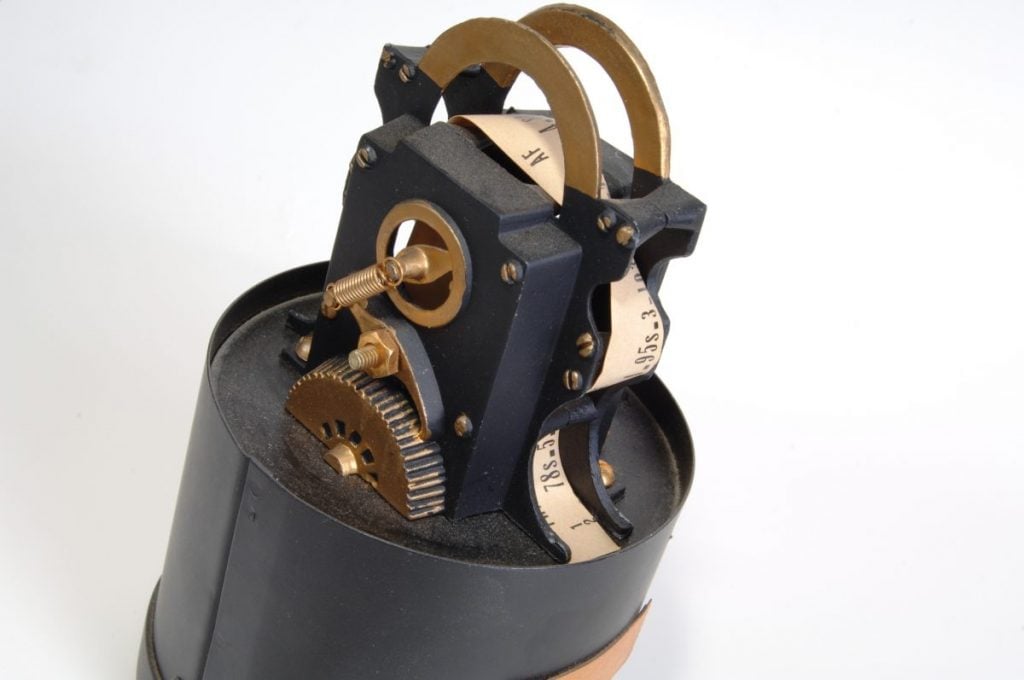 Edison built a research facility in Menlo Park, New Jersey as his lab work and manufacturing abilities expanded. He discovered world-wide fame in 1877 when he discovered a way to record sound with his invention of the phonograph. This was the first machine with the ability to record sound and then reproduce it. The first words ever recorded on Edison's machine were "Mary had a little lamb." 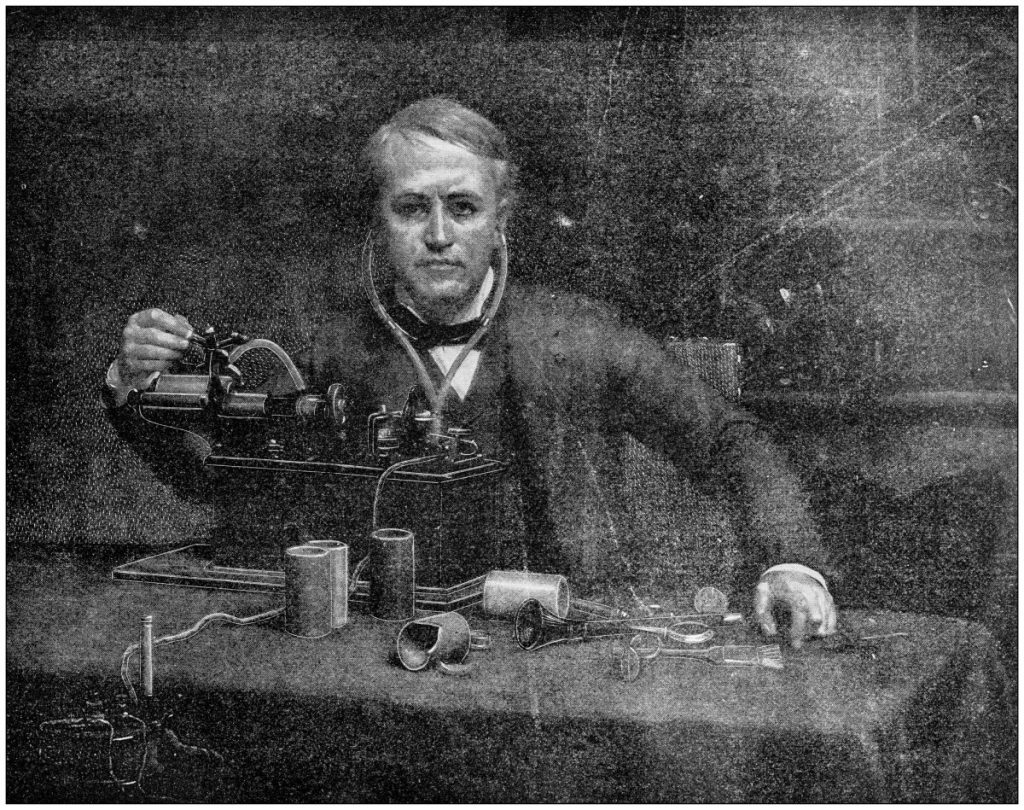 Although electric lighting is often associated with Thomas Edison's name, he did not invent the first light bulb. He did, however, develop the technology that brought artificial light to the masses.

Edison perfected the incandescent light bulb, improving upon British inventor Humphry Davy's first electric arc lamp invention from the early 1800s. Many other inventors tried unsuccessfully to do the same, but Edison received a patent for his light bulb in 1879. By 1880, he'd founded a company that would bring the electricity needed to deliver light and power to cities around the world: the Edison Illuminating Company, later known as General Electric. 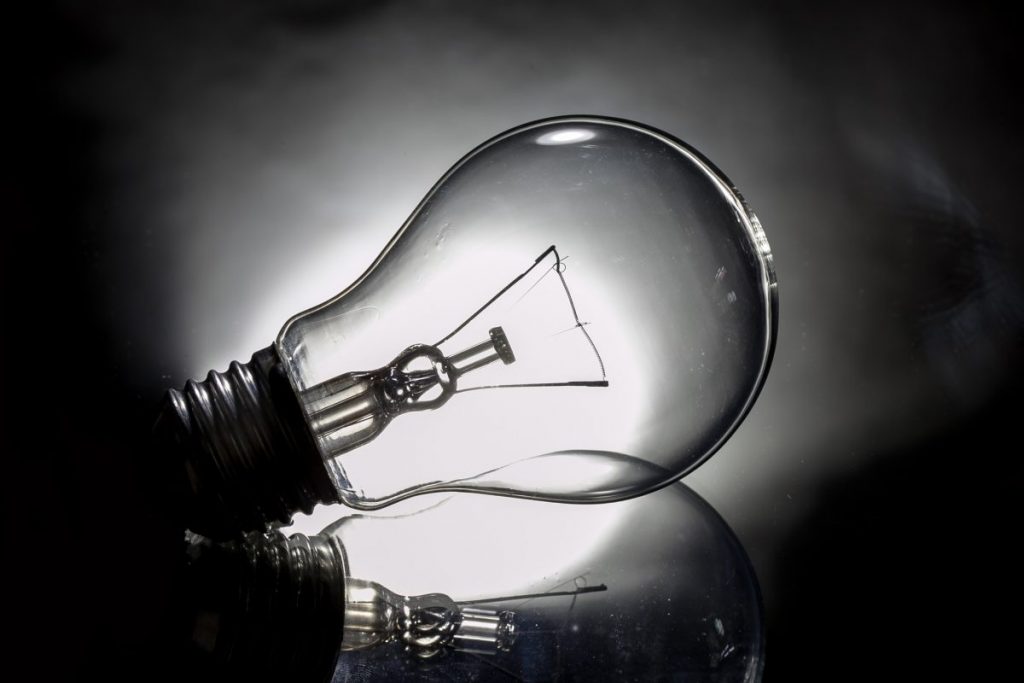 The first movie camera ever patented was Thomas Edison's Kinetograph. He developed this motion picture camera in the 1890s. Edison also invented the Kinetoscope, a device used to view the films that were recorded. The films could be seen by only one person at a time, looking through a viewing peephole at the top of the Kinetoscope. The device wasn't exactly a movie projector, but it heralded the way for cinematic projection as we know it today. 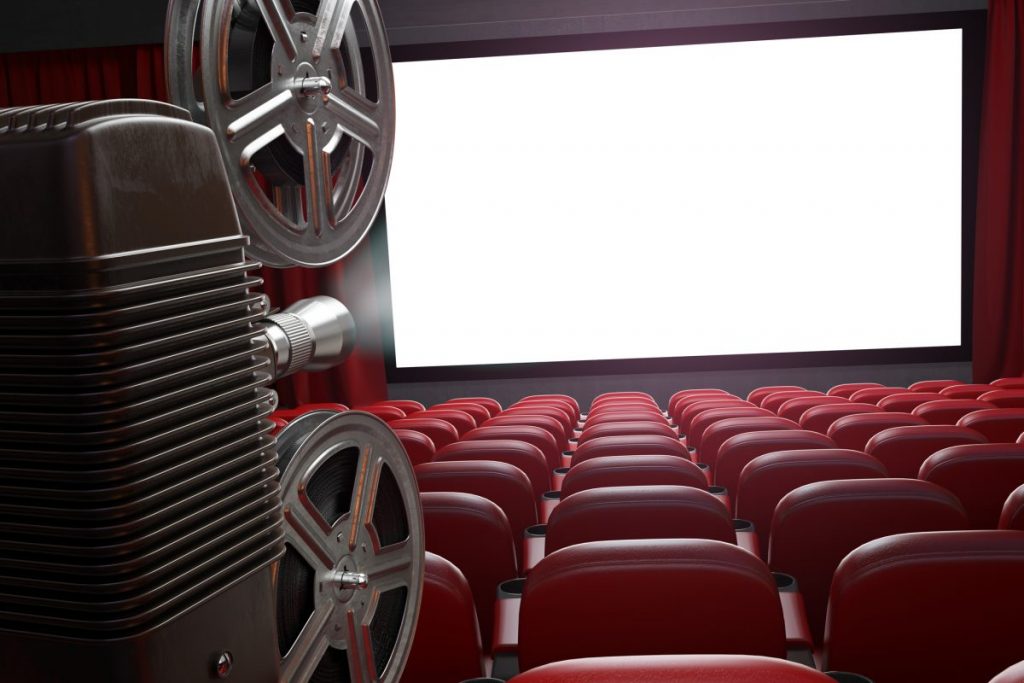 Just about 90 days after going to public school in Port Huron, Michigan, Thomas Edison was labeled as difficult by his teacher. He was hyperactive and easily distracted. Today, he might have been diagnosed with Attention Deficit Hyperactivity Disorder.

His mother took him out of school and proceeded to teach Thomas at home. By the time he was 11 years old, he was reading voraciously and excelled at independent learning. He once stated that he liked the Montessori Method of Teaching, as it teaches through play to make learning fun. 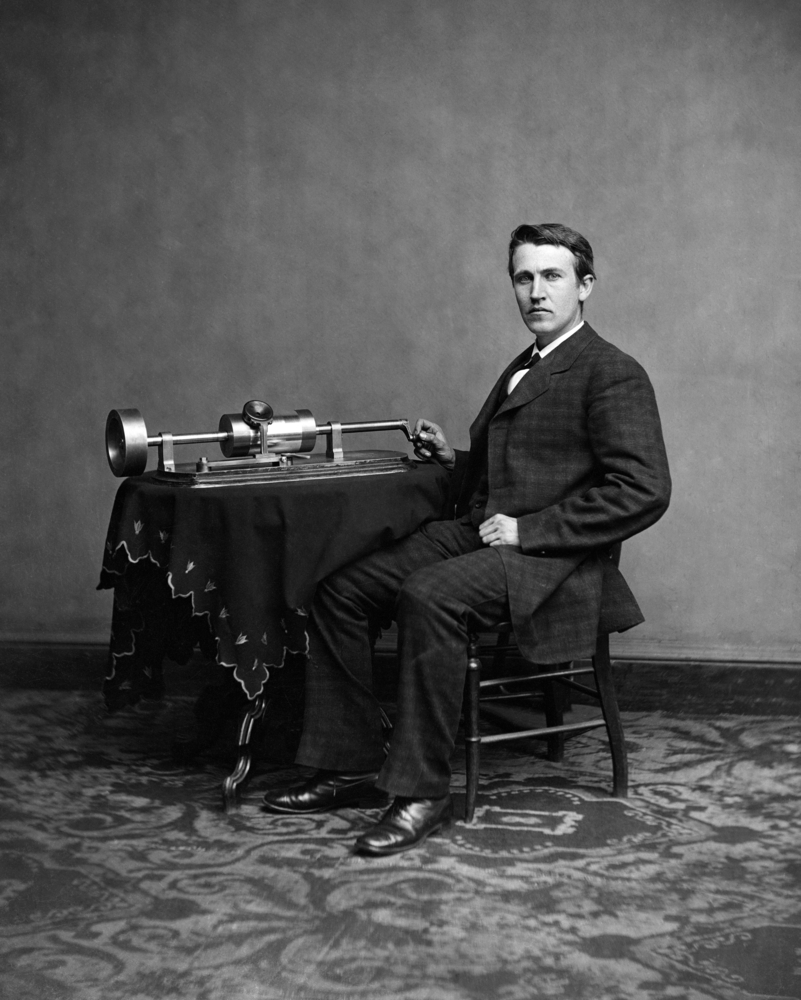 There are various speculations as to how Thomas Edison lost most of his ability to hear. Sometimes he described himself as being deaf; however he was not completely unable to hear. Some of the explanations for Edison's hearing loss can be attributed to all or just a few of the following reasons: 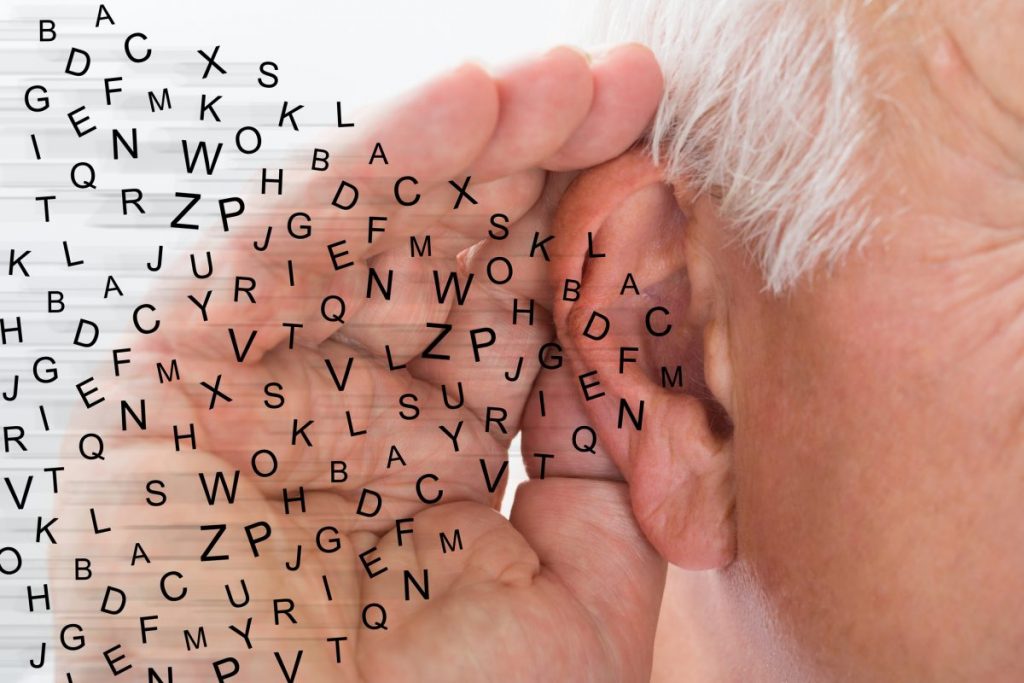 In honor of his early work with telegraph machines, Thomas Edison nicknamed his first two children "Dot" and "Dash." He taught Morse Code to his second wife, Mina. The way he proposed marriage to her was by tapping the proposal out on her palm. She immediately tapped back the code for "yes." 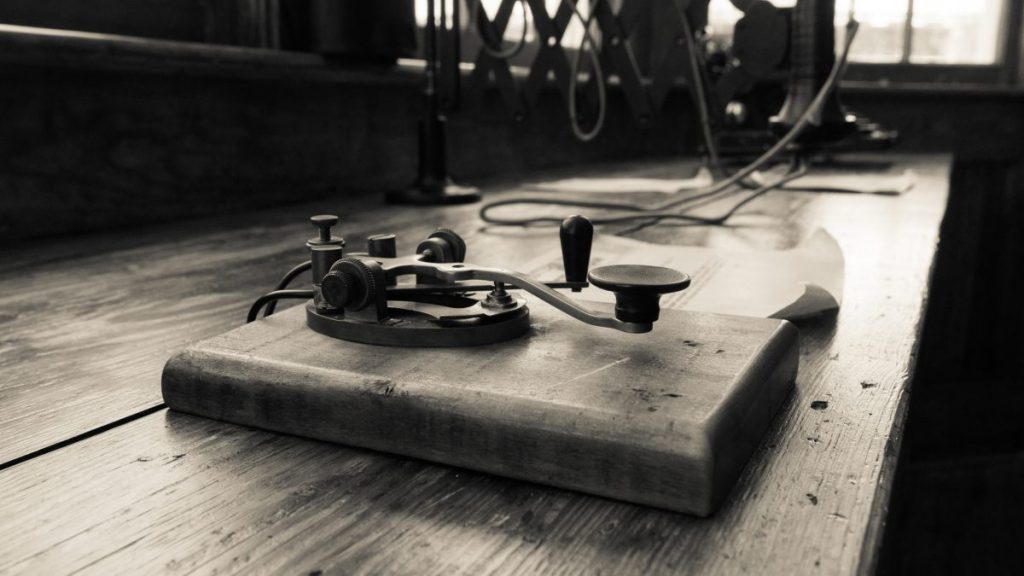 Thomas Edison had a strange tattoo on his left forearm. It consisted of dots arranged in a five-point geometric pattern called a quincunx. The tattoo resembled the dots on a dice cube representing the number five. No one knows why Edison had this tattoo or how he received it.

Thomas Edison did help invent an electric pen in 1875, which much later evolved into a mimeograph machine and then a tattoo needle. It may never be known if he inscribed that tattoo on his arm with a form of his own invention. 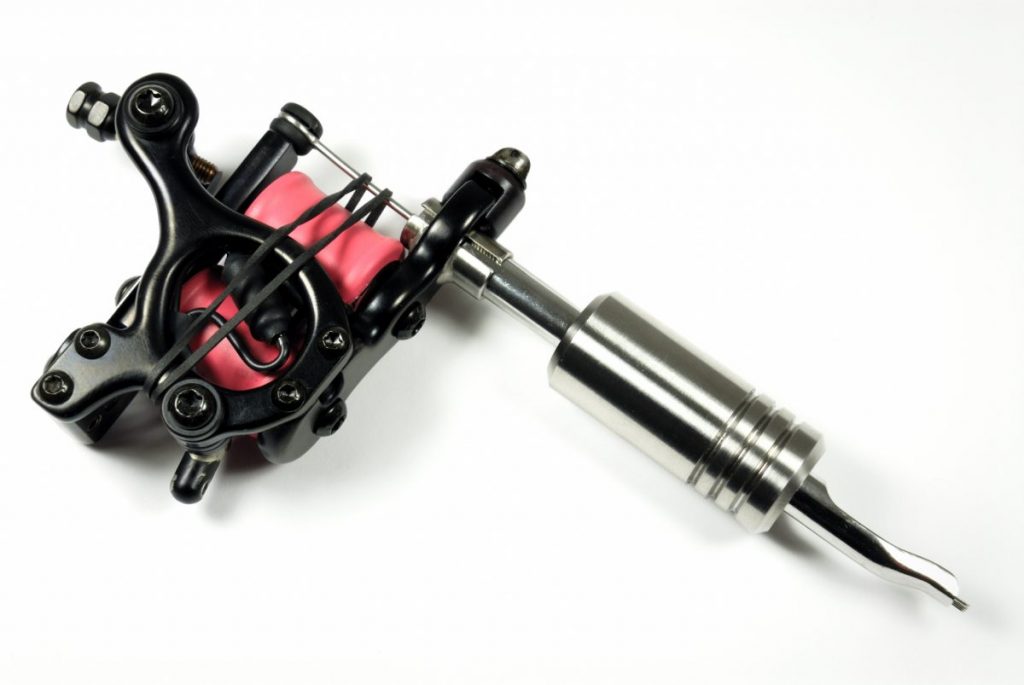