What Are the Rings of Saturn?

Saturn is the sixth planet from the Sun and the second-largest planet in our solar system. Several planets have rings, but Saturn's icy, complex rings are the planet's claim to fame. Saturn is a gas giant made up of hydrogen and helium.

Saturn was first discovered in ancient times with unaided human eyesight. The planet is named after the Roman god of agriculture and wealth. Saturn was also the father of the Roman god Jupiter, so the gas giants share a family lineage according to their names.

NASA has sent four robotic spacecraft, Pioneer 11, Voyager 1, Voyager 2, and Cassini to observe Saturn. They gathered abundant data on Saturn's rings. The rings are actually bands of particles kept in place by extremely fast, strong winds circling the planet. The rings are approximately 400,000 kilometers, or 240,000 miles, wide. To put such measurements in perspective, the width of Saturn's rings is equal to the distance between Earth and the moon. Saturn is surrounded by 100 to 500 rings. 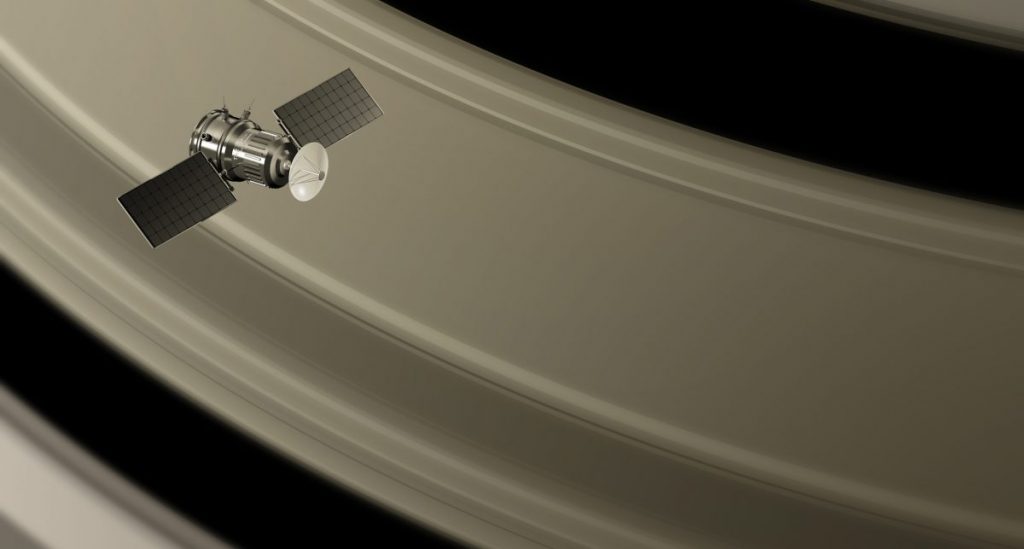 Saturn's rings are only 100 meters, or 330 feet, thick. The particles forming the rings range in size from minuscule to the size of a bus. Scientists believe the large bus-sized particles are hard snowballs or rocks enclosed in ice. The rings are made up of tiny particles. Most particles are ice and water with trace amounts of rocky material. 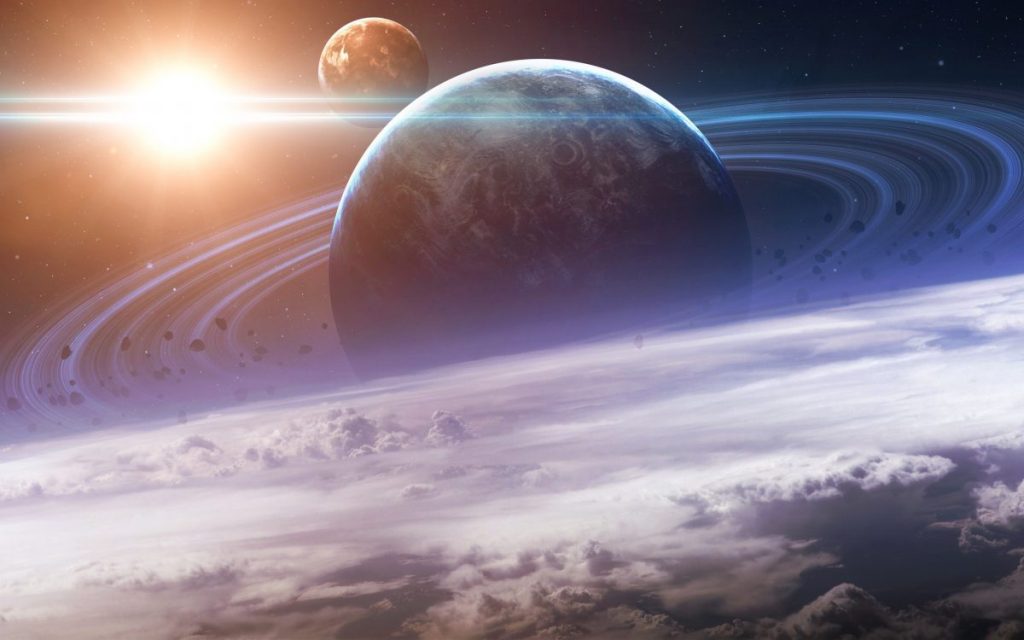 The Cassini spacecraft carrying the Huygens probe was launched in 1997. It was the first spacecraft to actually reach Saturn's orbit, and it arrived at Saturn in July of 2004. Cassini orbited Saturn for 13 years, and gathered extensive data on Saturn's rings. The Huygens probe was then sent to parachute into the atmosphere of Titan, Saturn's largest moon. The Cassini concluded its mission in September of 2017 by diving into Saturn's atmosphere for one final set of data. 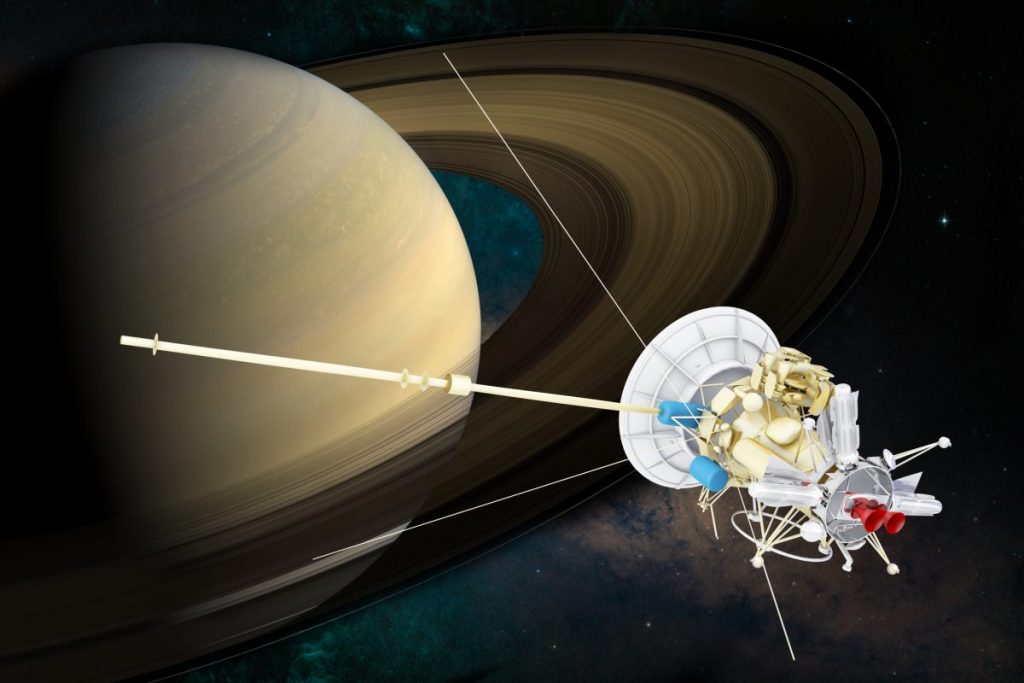 Saturn is a huge gas giant large enough to contain 760 Earths. It is also the least dense planet in our solar system. Saturn is actually less dense than water, which means the planet would float on a body of water large enough. The low density is a result of Saturn's composition. The planet is mostly made up of the two lightest elements, hydrogen and helium. Yellow and gold bands in Saturn's atmosphere come from incredibly fast winds in the upper atmosphere. The wind speed can reach 1,100 miles per hour around Saturn's equator. 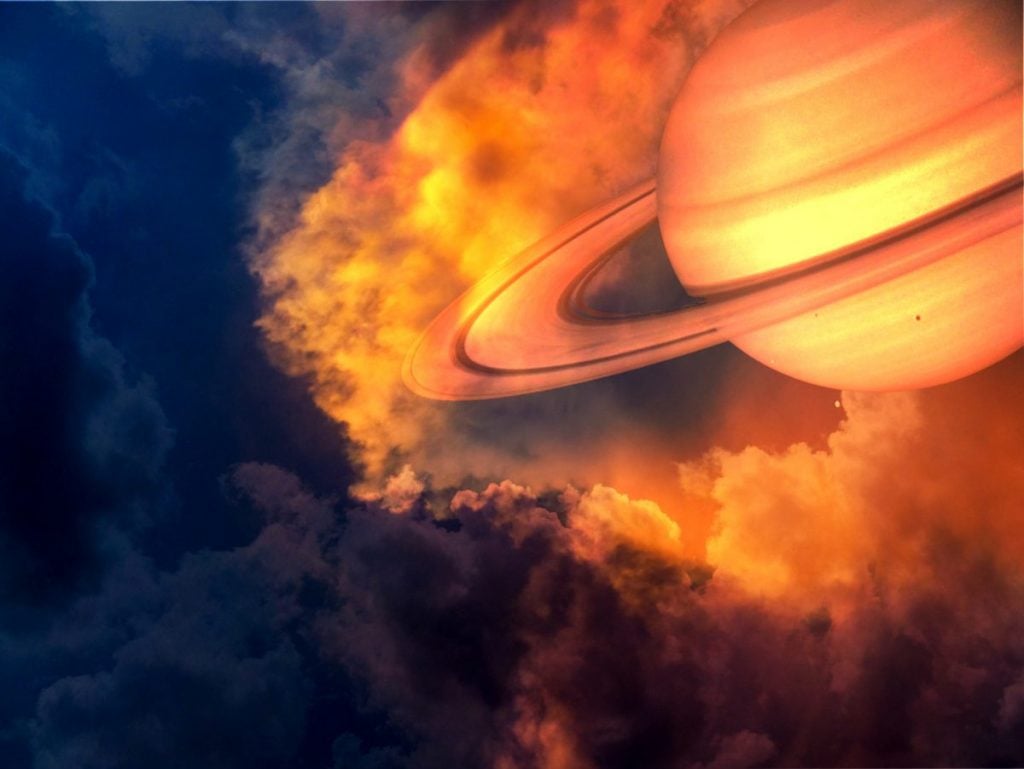 Saturn rotates faster than any planet except Jupiter. The fast rotation causes Saturn to bulge around the equator and flatten around the poles. Saturn is 8,000 miles wider at the equator than at the poles. Saturn takes 29 Earth years to complete one of its own years. This seems odd because Saturn has such a rapid rotation, but the planet's size has to be taken into account as well. The giant hexagon at Saturn's north pole was first found by Voyager, but Cassini located it again. It is 7,500 miles across and appears to reach 60 miles down into the planet. Scientists are not sure what the hexagon is. 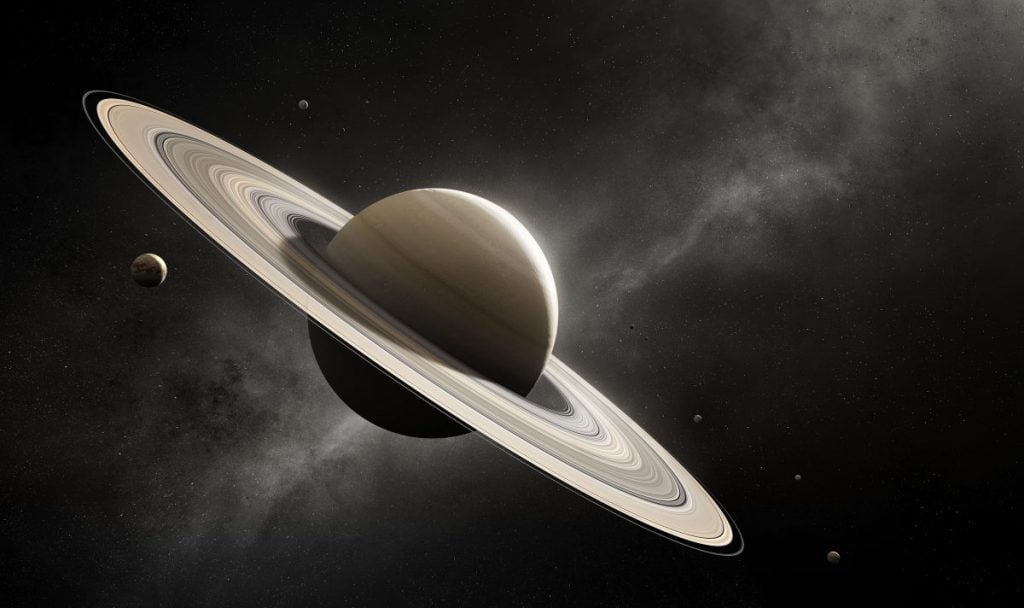 Saturn's rings resemble a disc with differing concentrations of density and brightness. Numerous gaps where particle density drops significantly are scattered throughout the rings. Gaps also exist at known locations of destabilizing orbital resonances caused by Saturn's moons. Stable resonances, also caused by moons, are essential to the permanence of several rings, including the Titan Ringlet and the G Ring. 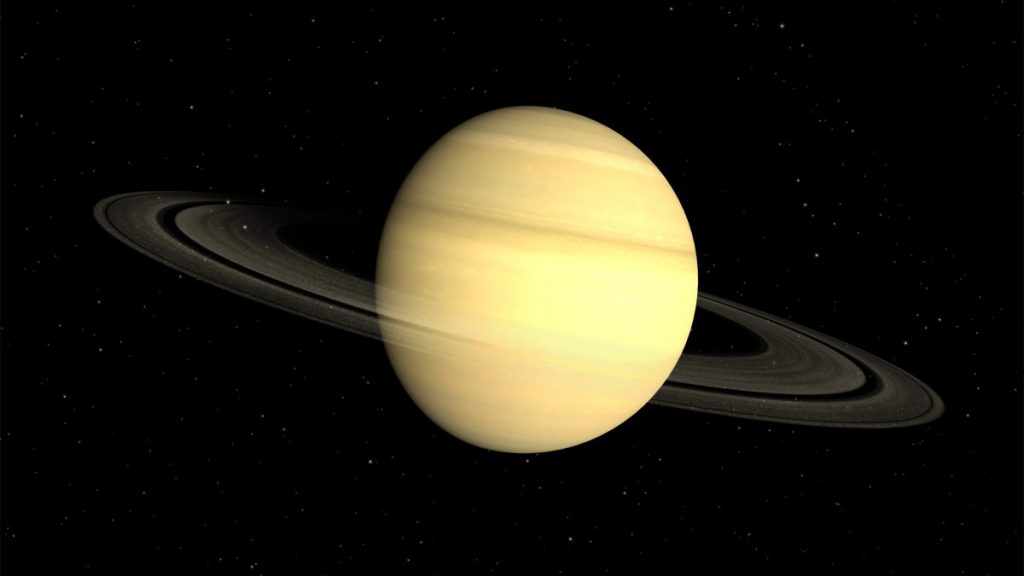 A phenomenon called 'ring rain' is taking place on Saturn. Researchers know the ring rain is precipitation made up of water pulled out of Saturn's rings. Scientists observed the rain for a few hours from Hawaii in 2011. A special form of hydrogen that glows in infrared light is present throughout Saturn's ring rain. Scientists judged the volume and location of ring rain by observing the hydrogen. 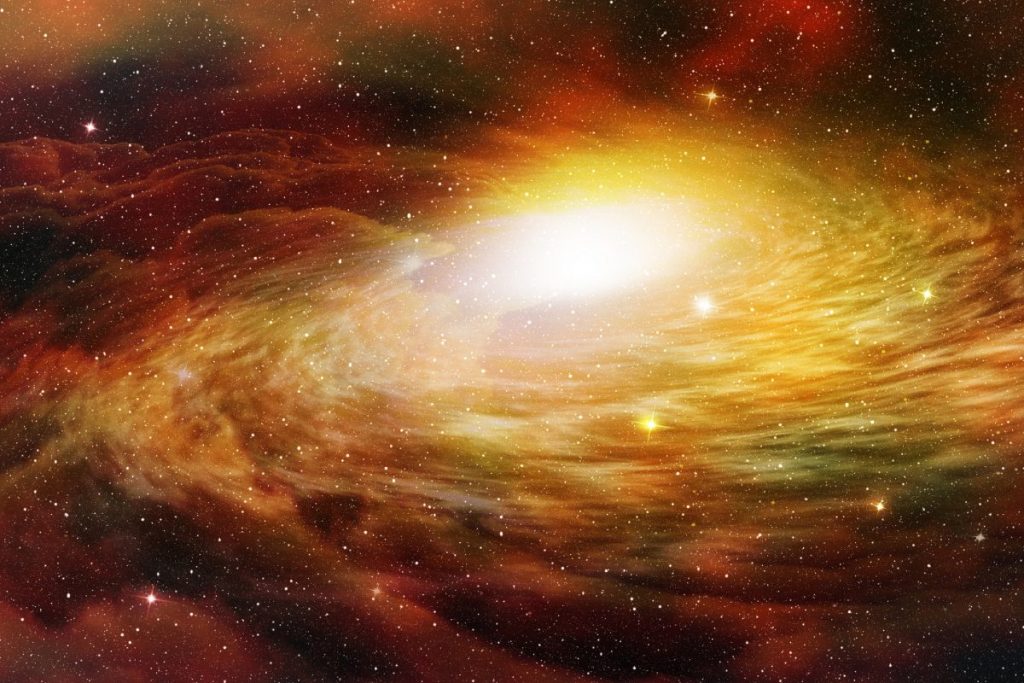 The volume of ring rain observed during their hours of observation is sufficient to remove between 925 to 6,000 pounds of matter from Saturn's rings every second. Scientists have calculated a 300 million year life expectancy of the rings using rate and volume of ring rain combined with the current mass of Saturn's rings. Cassini discovered another type of ring rain called "infall" within Saturn's interior. When the volume of infall was added to previous calculations, scientists realized that Saturn's rings may be gone in less than 100 million years. That seems like an impossibly long time, but it isn't long at all in terms of the solar system. Scientists believe that Jupiter, Uranus, and Neptune had rings very much like Saturn's at one time, but there are only thin ringlets surrounding those planets now. 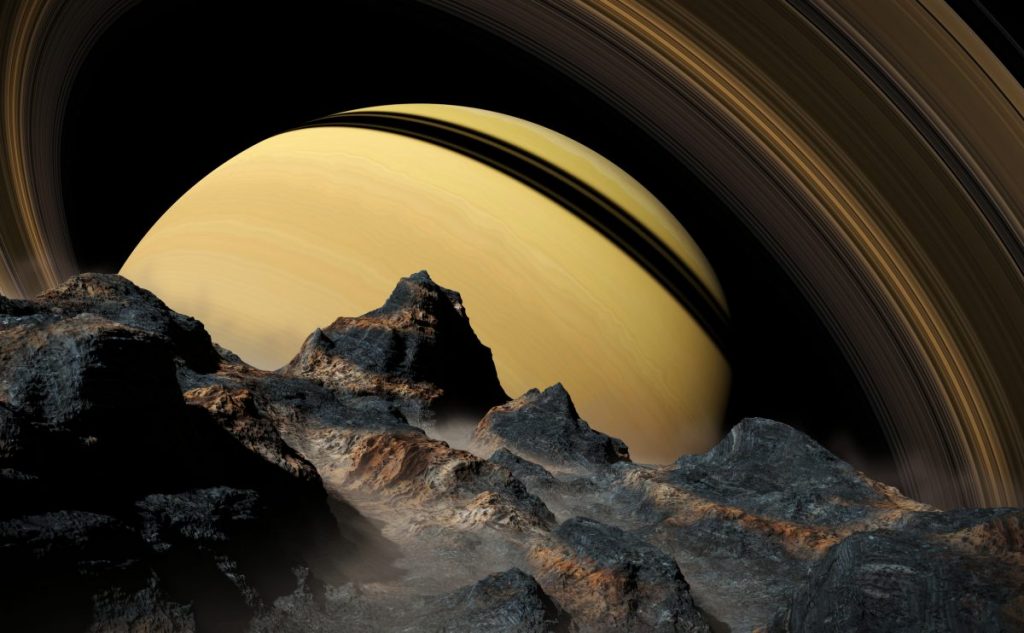 The seven largest rings around Saturn have a 150,000 mile diameter. The Phoebe ring is the largest, just as Phoebe is one of Saturn's largest moons. Phoebe's short rotation period allowed Cassini to obtain comprehensive data on the moon and ring. The Phoebe ring shares its orbital motion between Phoebe and Saturn. Scientists believe the moon Phoebe came from the Kepler belt and once had heat and liquid water. 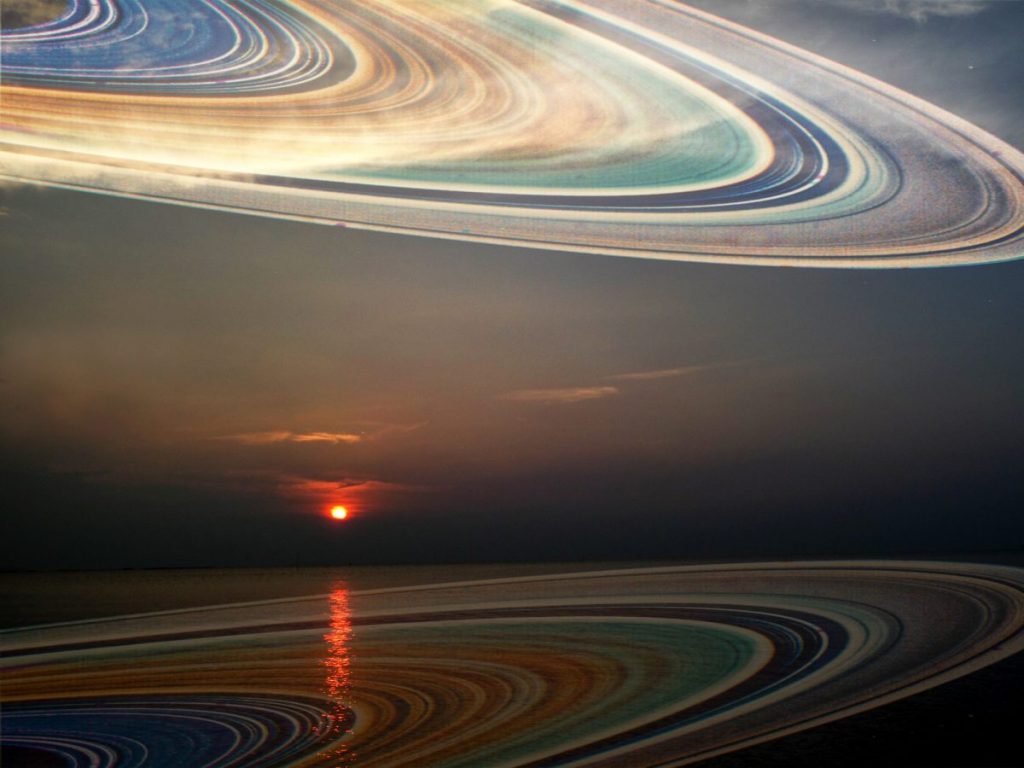 Saturn is orbited by 150 moons and moonlets. All of the moons are frozen and composed of water, ice, and rock. Titan and Rhea are the largest moons. Titan has a complex, nitrogen-rich atmosphere along with lakes of liquid methane and structures formed by frozen nitrogen. Some scientists believe Titan may be harboring life, although it would be much different from life on Earth. Many scientists believe the numerous moons of all shapes and sizes play a role in the formation of Saturn's rings. 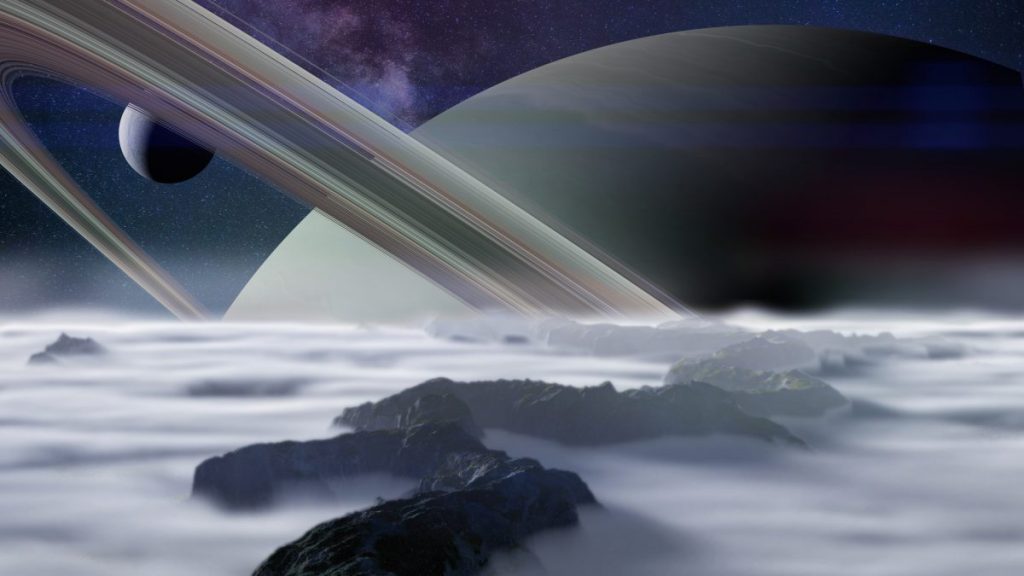