What Are the Most Venomous Snakes in the World?

The black mamba is as equally feared as the puff adder in Africa, as it is also quite aggressive. It’s venom attacks the nervous system, and victims can show symptoms as soon as 10 minutes after being bitten. Black mamba bites usually deliver 100-120 mg of venom, and the LD50 lies at about .32 mg/kg. Symptoms of a bite include drooping eyelids, vomiting, and collapse within 45 minutes. The mamba species are known for being particularly dangerous and aggressive in Africa and are the subject of much folklore. Some have even said it will chase after humans when agitated. 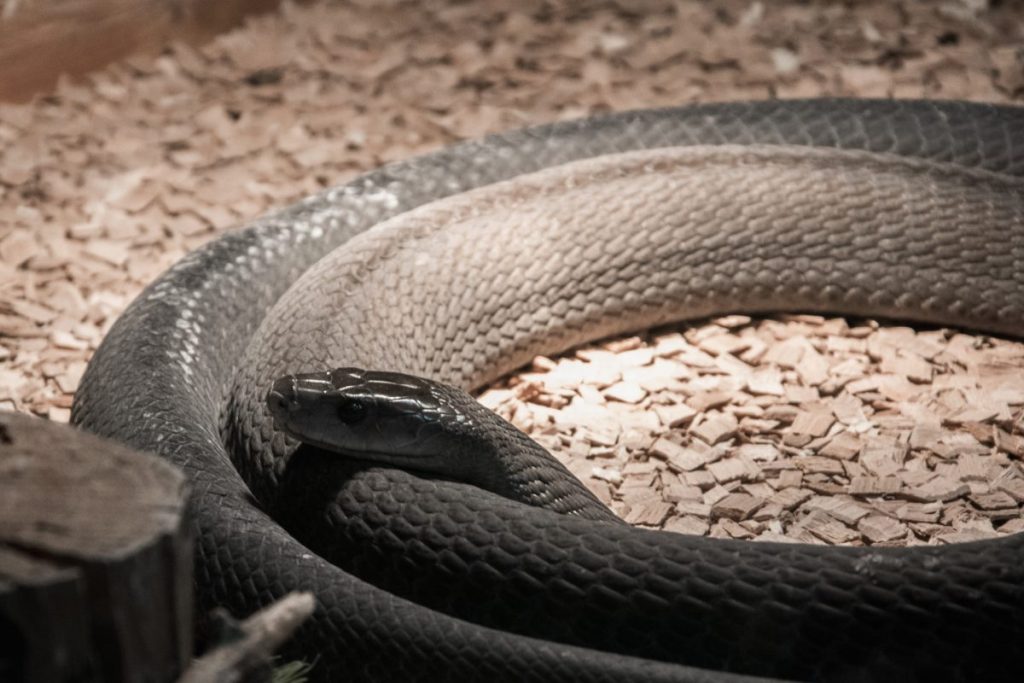