What are the Biggest Spiders in the World?

Spiders are not a topic of interest or appeal to everyone, and many people are frightened by the sight or thought of a spider. The terror which spiders may cause some people is known as Arachnophobia. All spiders belong to the Arachnid class of anthropods, which have eight legs, but not all spiders weave webs to trap their prey. Some are ground dwellers preferring to hide or dig burrows. Spiders are in almost every region or climate of the earth except for the Arctic poles, in the oceans, or at extreme altitudes. The biggest spiders in the world are in South America.

Native to South America, Theraphosa blondi is the largest member of the tarantula family. It is the heaviest spider in the world, and its leg span can reach twelve inches. Its venom-injecting fangs are nearly an inch long, and it can deter predators by flicking off abdominal hairs. Despite its name, the Goliath bird-eater does not eat only birds. 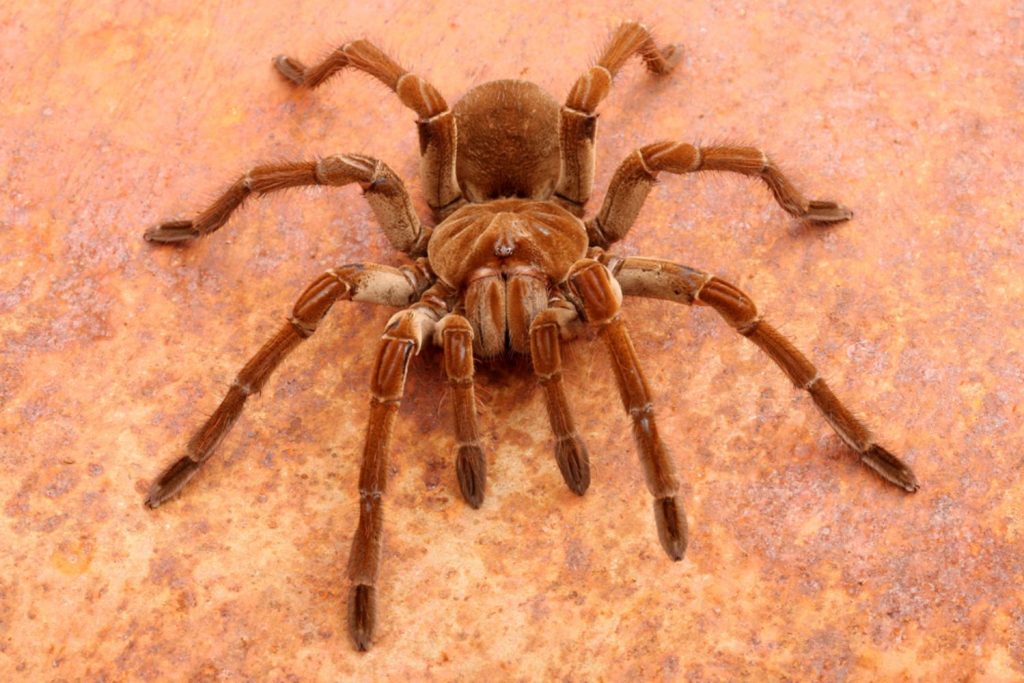 Heteropoda maxima is a large member of the Huntsman family and is native to Laos. It is the world's largest spider according to its massive leg span, which can reach up to twelve inches. The Giant Huntsman spider does not build a sticky web to trap prey. Instead, it actively forages and hunts for its prey. 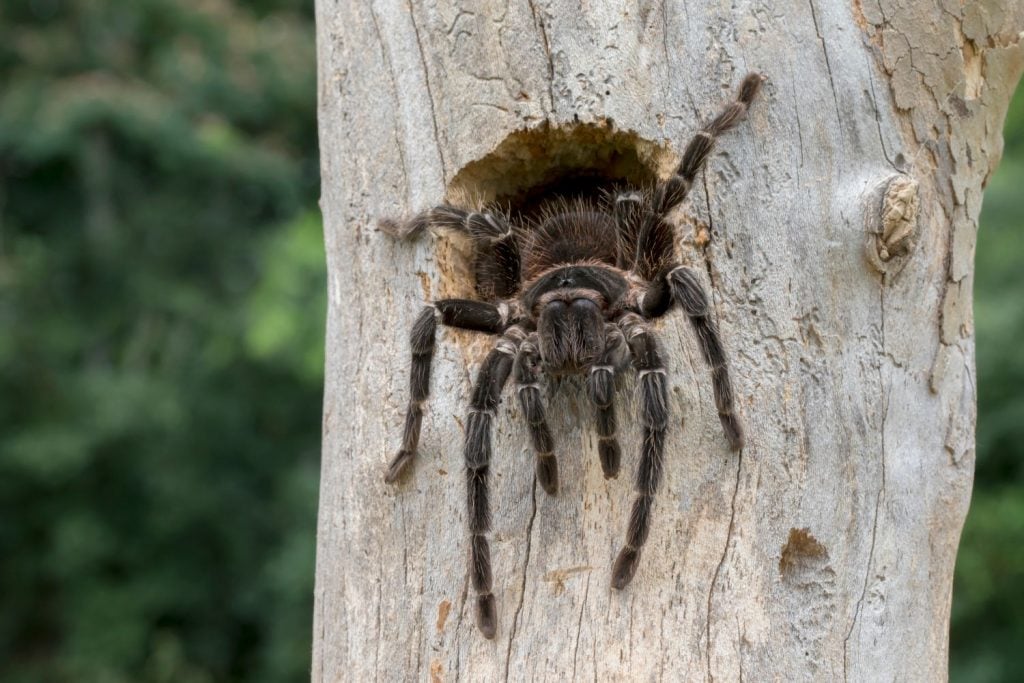 Grammostola mollicoma. Another member of the Tarantula family, this spider, prefers the tropical conditions of South America. It lives in the jungles of Paraguay, Uruguay, Argentina, and Brazil. The Brazilian Giant Tawny Red Tarantula is mainly brown with the addition of reddish-orange or pink hairs. The leg span of this large spider can extend to just over ten inches. The female of this species will remain nearby when her young are hatching to assist in their escape from the egg sac. 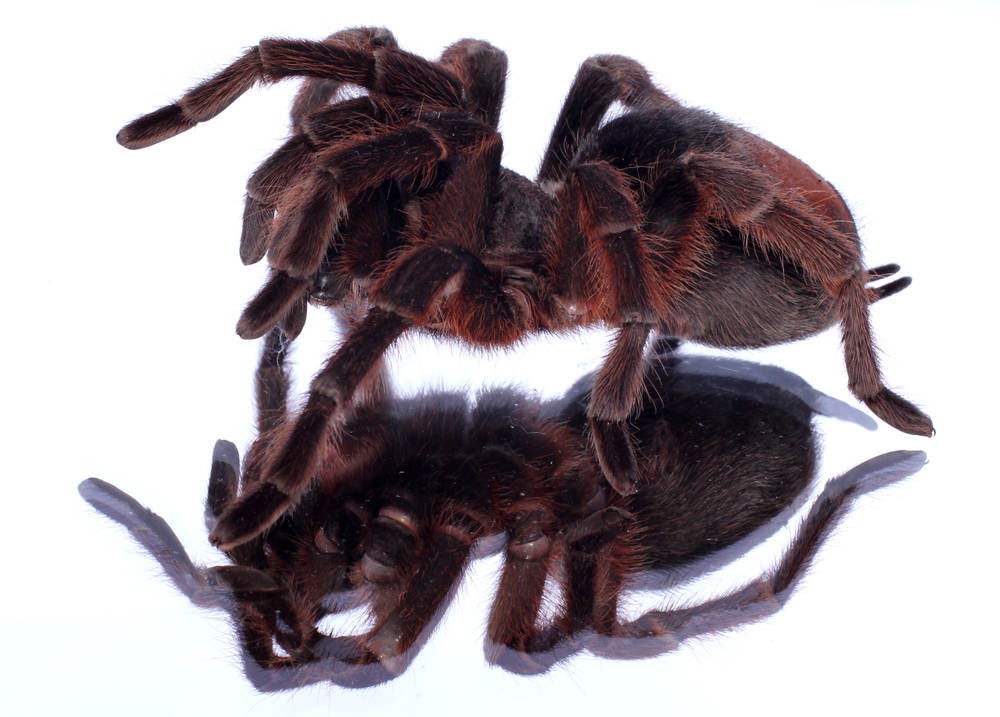 Lasiodora parahybana is sometimes called the LP or Salmon Pink. It gets its name from the notable presence of salmon pink-colored hairs on its legs, abdomen, and also its mouthparts. This spider inhabits the tropical rainforest regions of Eastern Brazil. The body of the Salmon Pink is bulky, and its legs can span up to ten inches. It does not build a web, preferring instead to ambush passing prey. 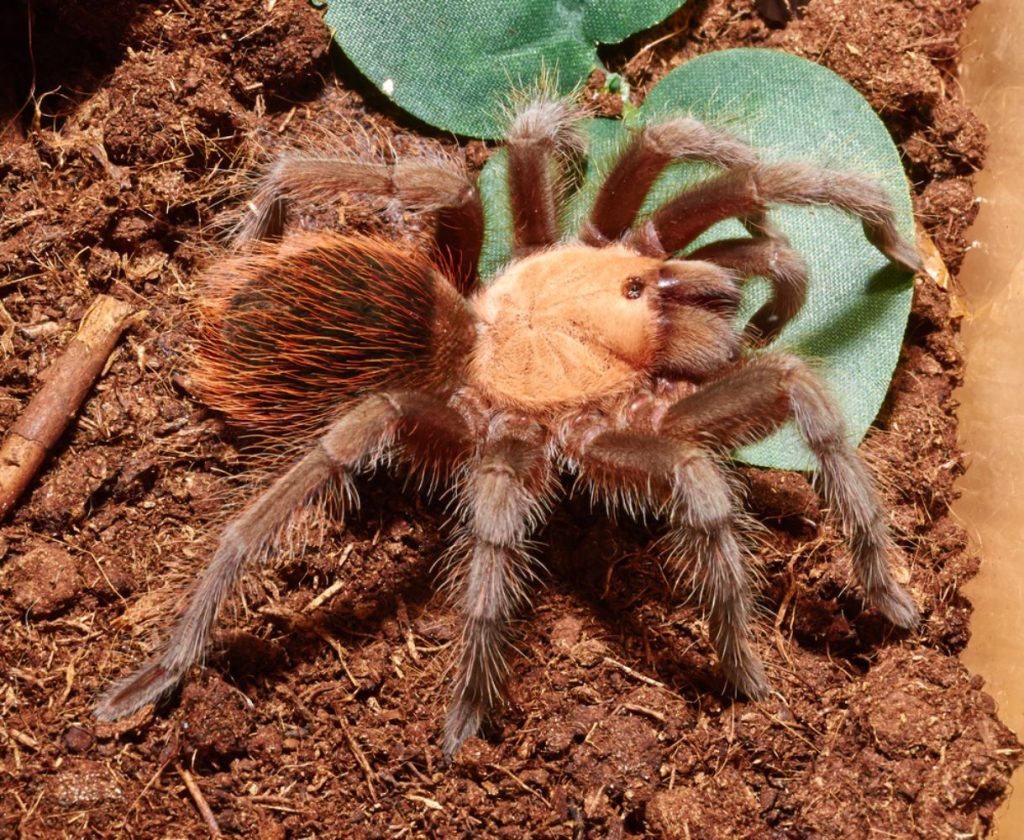 Pelinobius muticus is another tarantula family member. This spider is native to East Africa and is the largest tarantula on the African continent. It is a rusty brown or orange in color, and females are larger than the males. The King Baboon spider uses its thick legs to dig burrows. It has a defensive nature, but its bite is not fatal to humans. 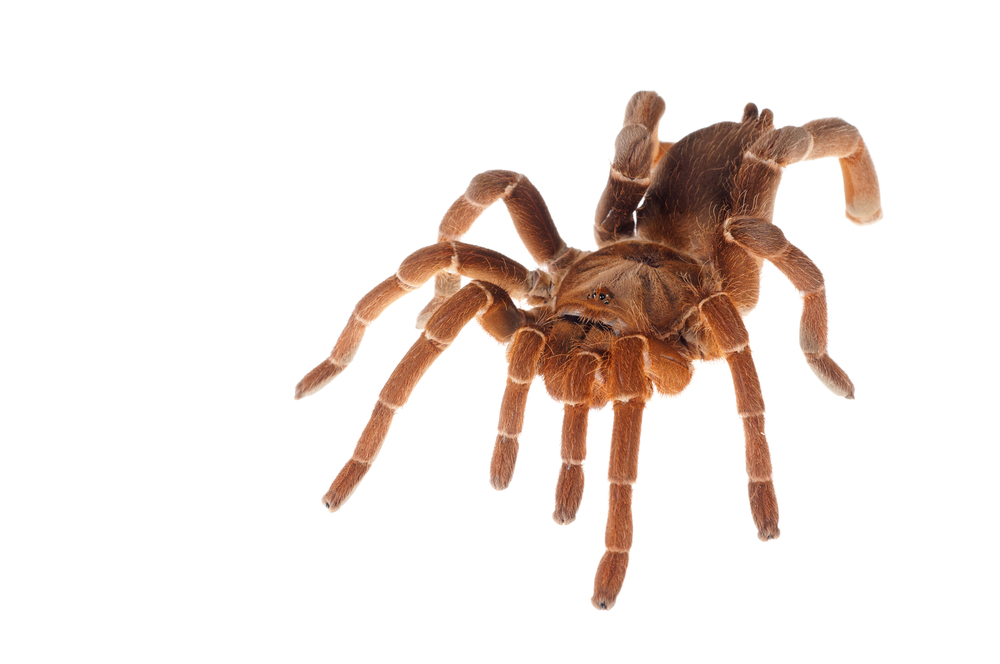 Xenesthis immanis is another tarantula native to South America. As suggested by its name, the spider has originated from Columbia. It can grow to a length of almost eight inches to more than eight and a half inches. The Columbian Lesserblack lives in a commensal mutualistic relationship with a species of frog. The frog acts as a bodyguard and feeds upon small insects as they are drawn to the remains of predators left by the spider. 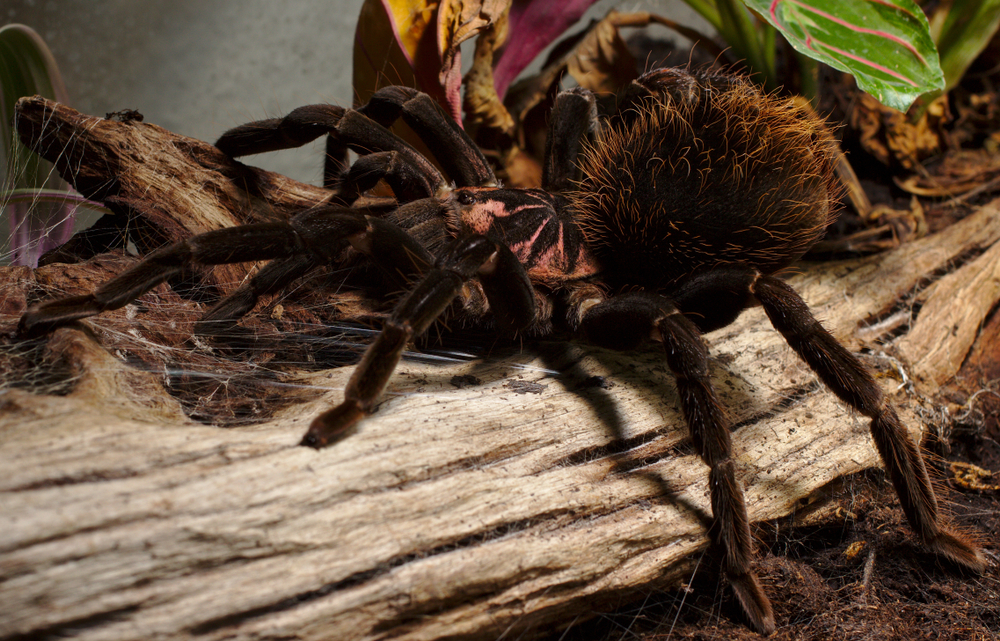 Nephila clavipes is also knowns as the Banana spider or Giant Wood Spider. This spider prefers warmer temperatures and species of this spider resides throughout the more temperate regions of the globe. It lives in Asia, Africa, Australia, and the Americas. It can grow to six inches and is a web-weaving spider. 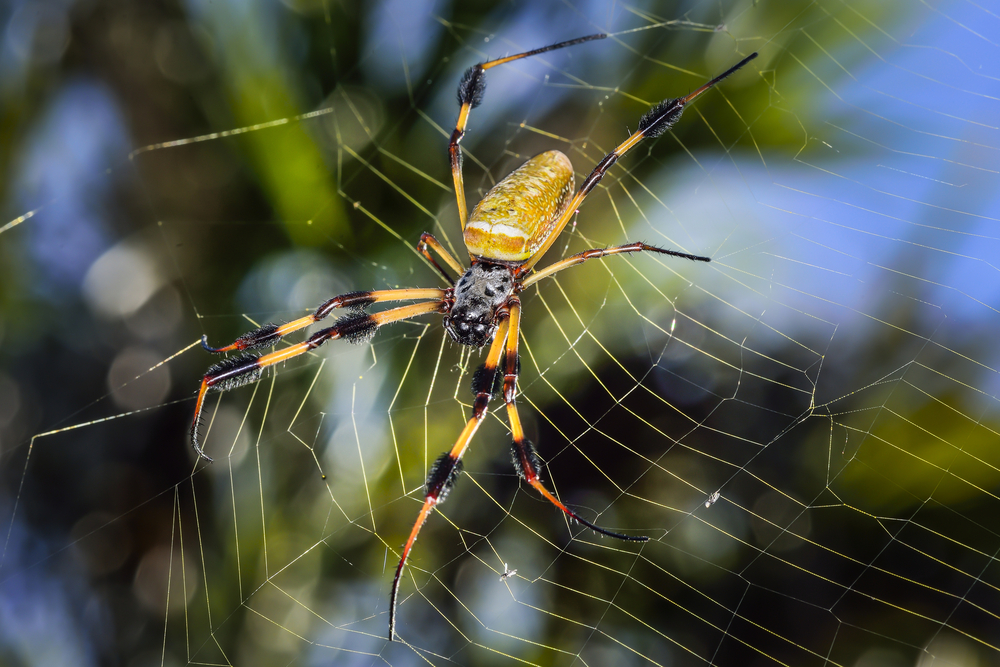 Eremochelis bilobatus has several other names including, Solofugae, Camel spider, and Wind Scorpion. While a member of the Arachnida class, it is not truly either a spider or a scorpion. It does have anatomical features that are similar to those of a spider. Its leg span can reach up to six inches, and it prefers to dwell in regions where the climate is dry. It eats ground-dwelling invertebrates that have wandered within reach. Over one thousand species have been described in the Solofugae order. 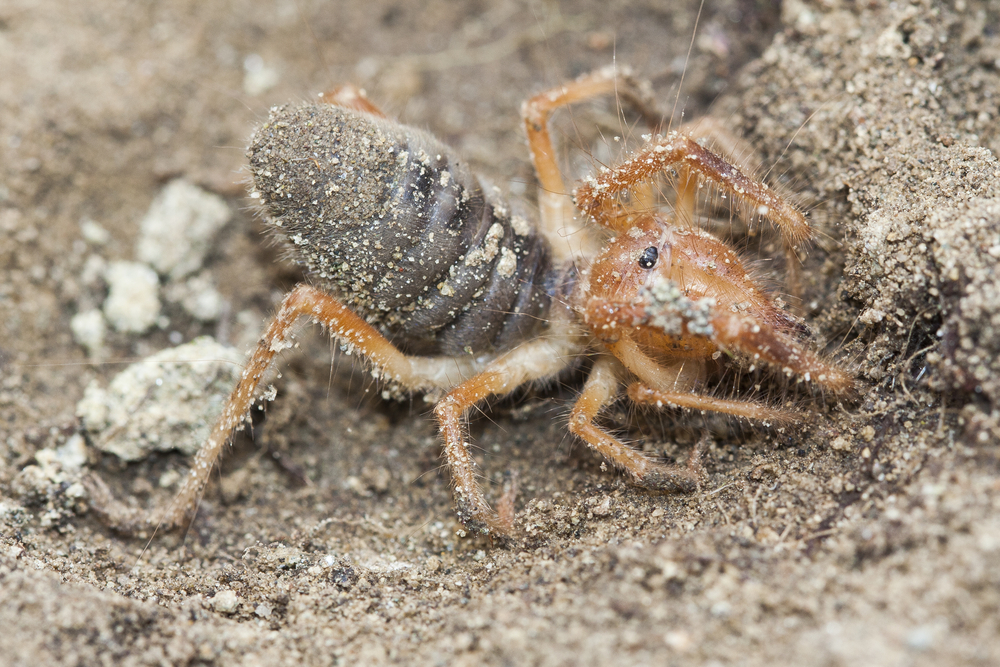 Cerbalus aravensis is also a species of the Huntsman spider. It lives in the southern Arava Valley of Israel and Jordon and can grow to five and a half inches. There is some confusion over whether Cerbalus aravensis was discovered in 2007 or 2010. It prefers the sands of dunes and the edges of salt marshes where it builds dens with hinged doors for the sudden trapping of prey. It is generally a nocturnal spider and generally is more active during the summer months when the weather is hotter. 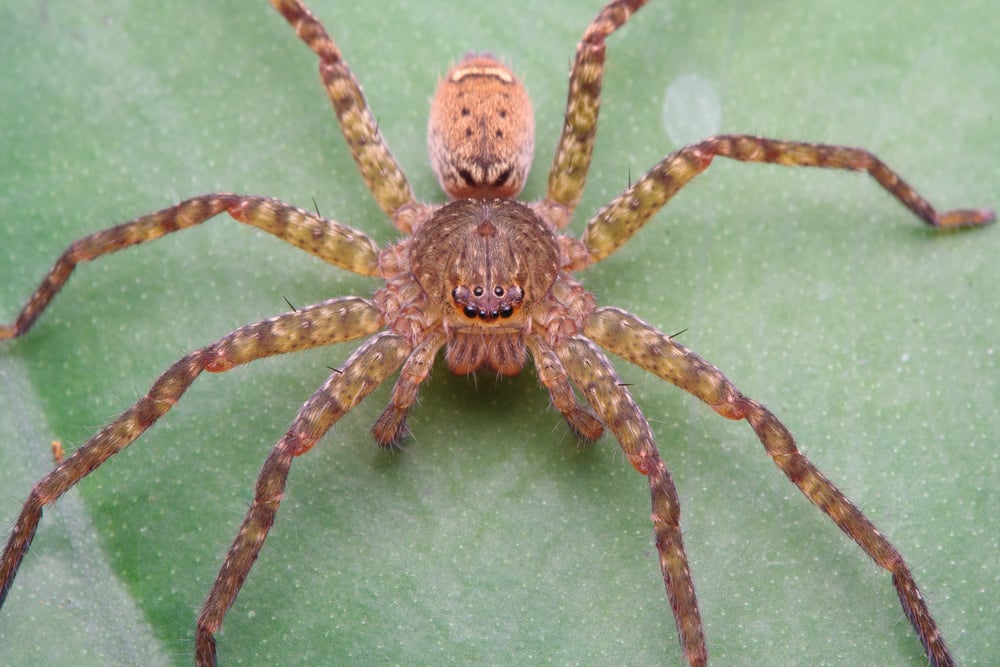