Is Black a Color? Is White a Color?

Is black a color? Is white a color? The answer to both of these questions is, “it all depends on your perspective.” Ask a scientist or physicist, and they’ll give you a completely different answer than an artist, a chemist, or even a child with a box of crayons. Nobody is entirely right or entirely wrong, because how we define the word “color” is completely subjective. Like many words in the English language, it has more than one meaning, and it all depends on the context. Talk about a colorful debate!

What is a color?

Just as our taste buds interpret molecules as different flavors for our brain, our eyes can translate different portions of the light spectrum into the colors we see. Red, orange, yellow, green, blue, indigo and violet are the colors in a pure rainbow or spectrum of light. What we call “color” is simply the reflection of different portions of the light spectrum that we perceive through our optic nerves, translated for our brain. 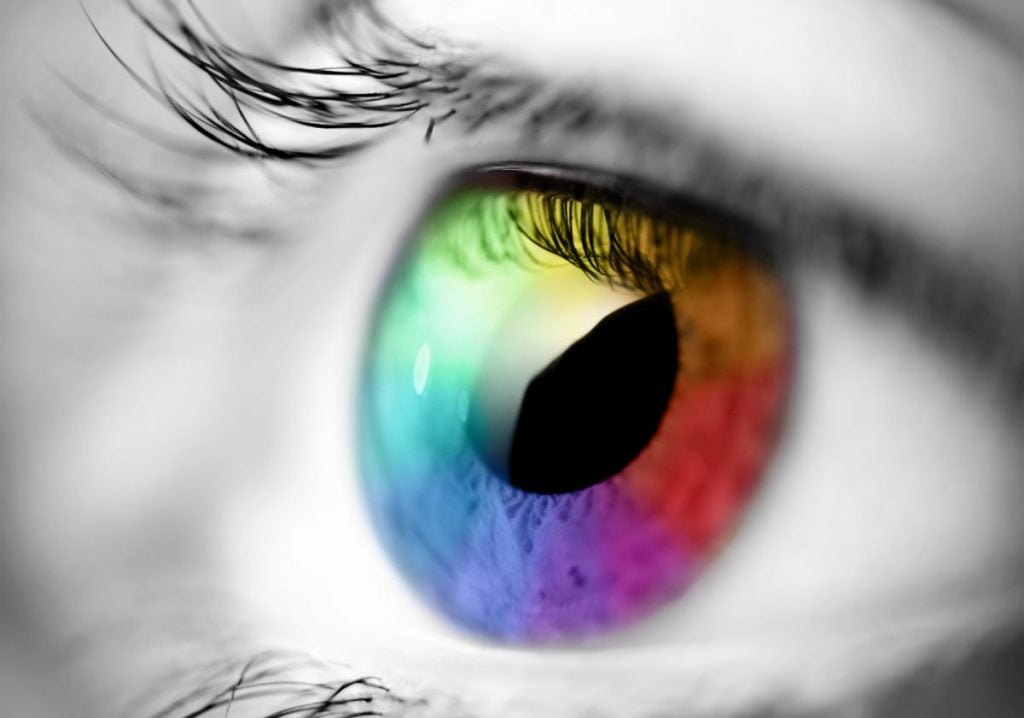 When is black a color, and white not a color?

Artists and chemists believe that black is the presence of color and white is the absence of color because they see colors in terms of pigment. Think about it -- you can mix colors to create black, but you can’t mix colors to create white. The only way to make something white is to bleach it or remove the color. Therefore, black is a color, and white is not. A blank white canvas, a blank white piece of paper, a blank white word processing document -- all of these represent nothingness. Empty space. 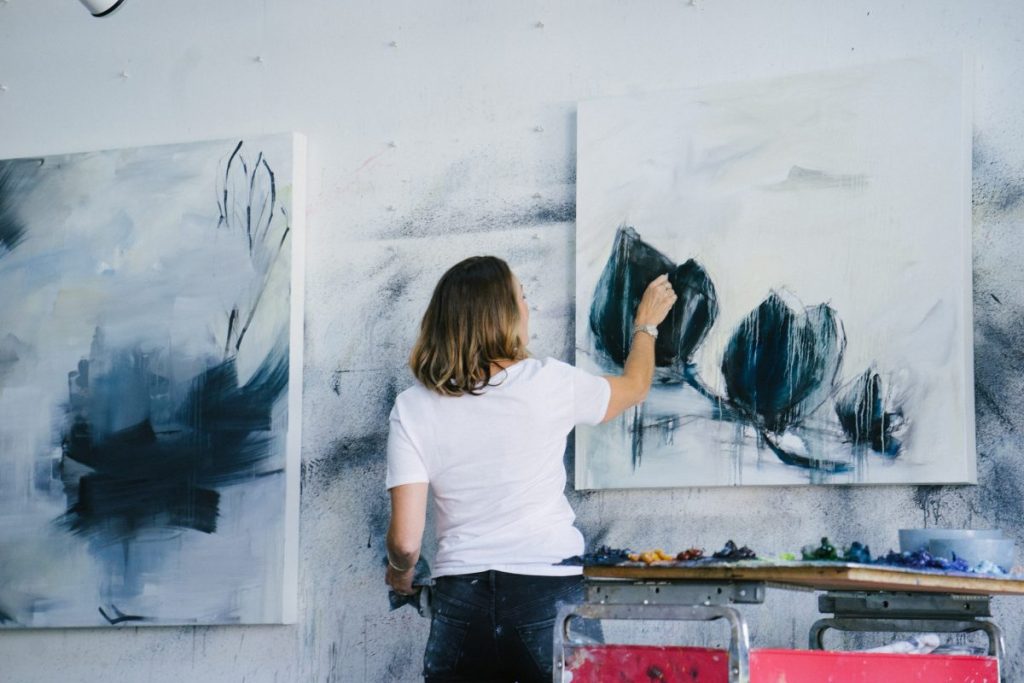 When is white a color, and black not a color?

Scientists and physicists, on the other hand, believe the exact opposite. They think of color in terms of wavelengths on the light spectrum. Black is the absence of light -- it actually absorbs light wavelengths and therefore is not a color because it is the absence of any color. White, on the other hand, means the presence of all the colors on the visible light spectrum. Because it’s a mixture of all wavelengths of light, some argue white is not a true color either. 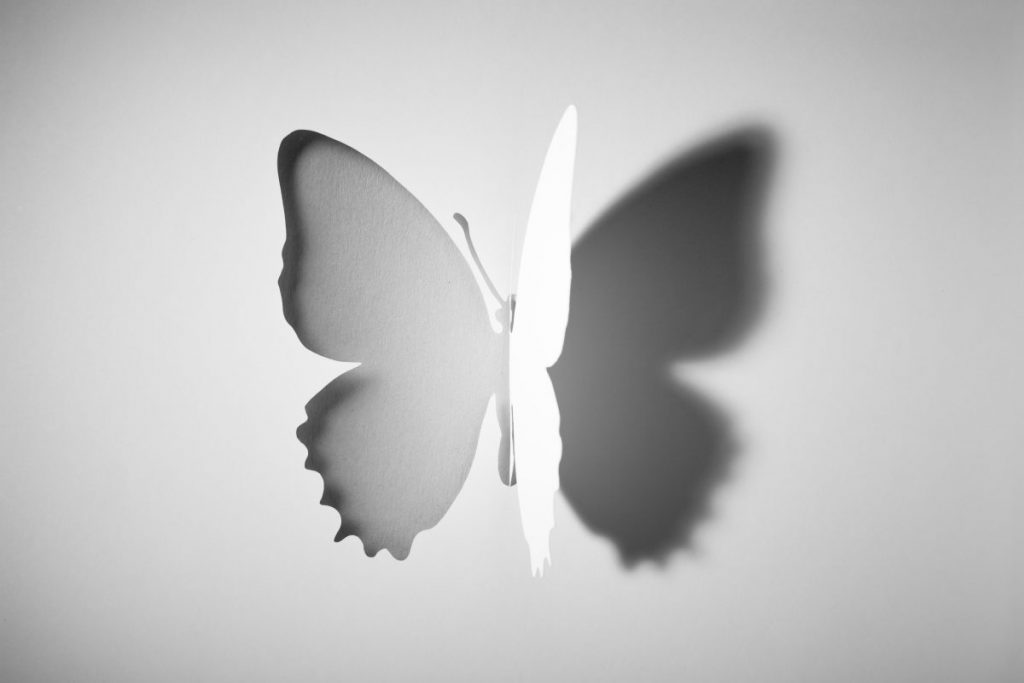 Is gray a color?

Even if nobody can agree on whether or not black and white are colors, what happens when you mix the two? Does gray count as a color in its own right? The answer is yes, for the most part. Gray is considered an intermediate color between black and white. But it’s an achromatic color, meaning it’s a “color without color” because it doesn’t actually reflect any color wavelengths, like blue, red, or green.

The human eye is only capable of distinguishing between about 30 shades of gray. 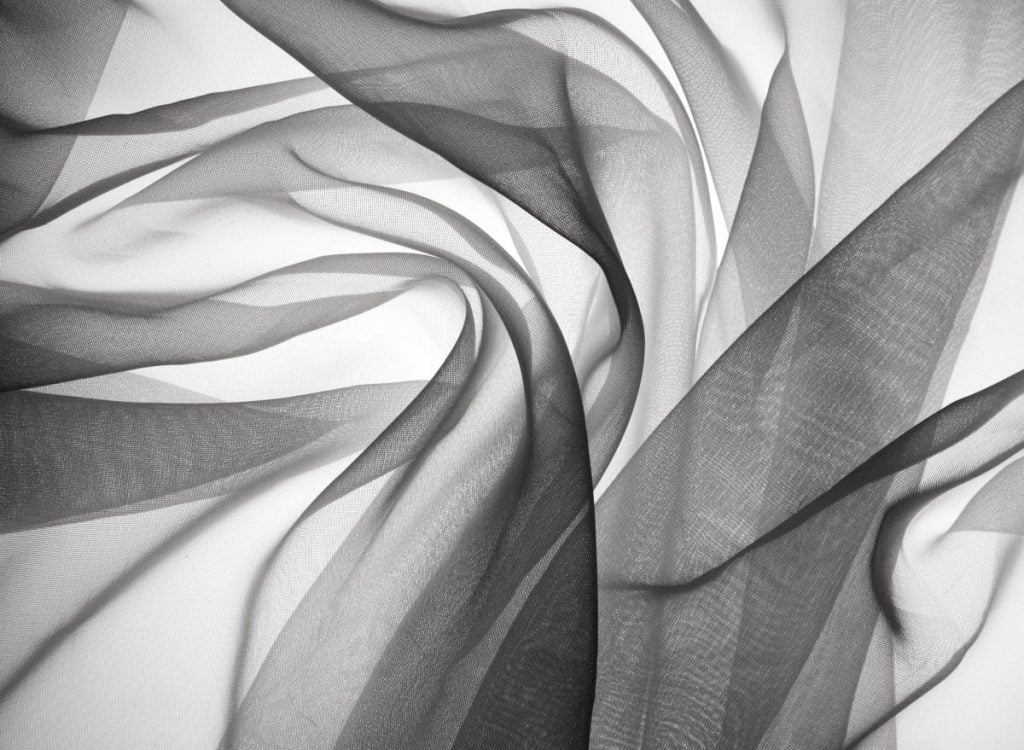 What is the meaning of the color black?

According to color psychology, black symbolizes seriousness, aggression, authority, rebellion, evil, death, authority, strength, mystery, fear and power. It also symbolizes wealth, sophistication and elegance. Tuxedos are black, and stereotypically, every woman wants a “little black dress” in her wardrobe. Black tie events are the most formal. A black belt in martial arts is the highest, most respected rank. Black is also a threatening color. A blacklist is a list of things to avoid, the black market is the illegal trade of goods, and to blackmail someone is to obtain something by threat. Somber black is the symbol of grief in the Western world. In the financial world, “in the black” means a business is profiting and doing well. 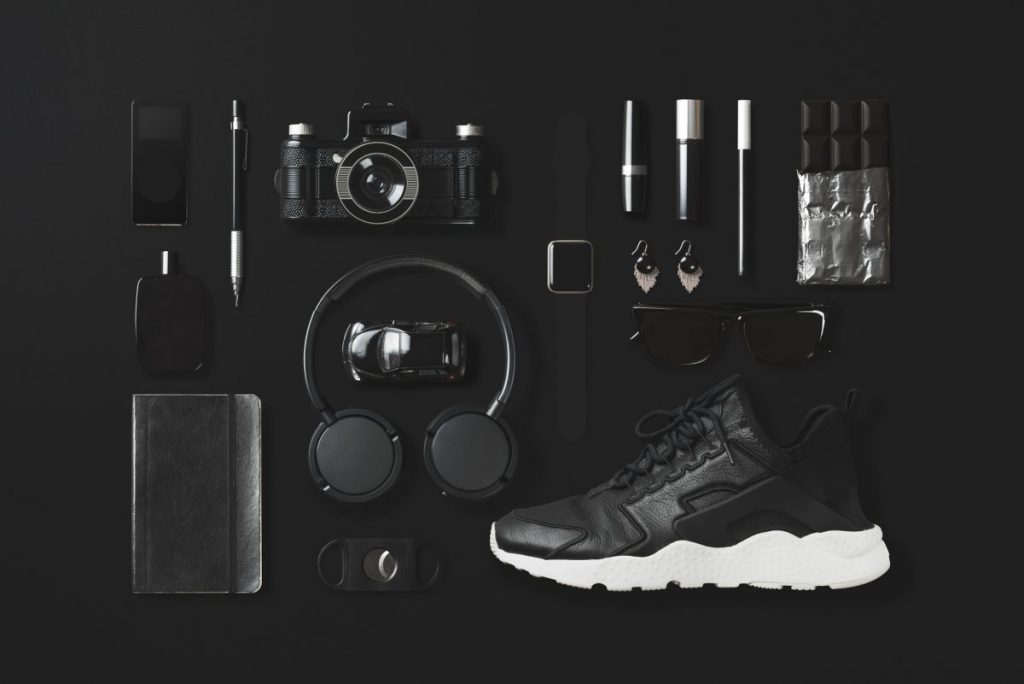 What is the meaning of the color white?

According to color psychology, white is the color of light, goodness, heaven, safety, brilliance, illumination, understanding, faith, beginnings, spirituality, possibility, humility, sincerity, protection, and softness. Angels are depicted with white wings wearing white robes. White doves are the symbol of peace. A white flag is a symbol of surrender. A whitelist is a list of items that are good or acceptable. A white knight is a noble hero. In the Western world, brides, and girls at their first communion are traditionally dressed from head to toe in white because of its association with perfection, purity, virginity, and innocence. Pure white is also more easily contaminated than any other color, so it’s strongly associated with sterility and cleanliness. 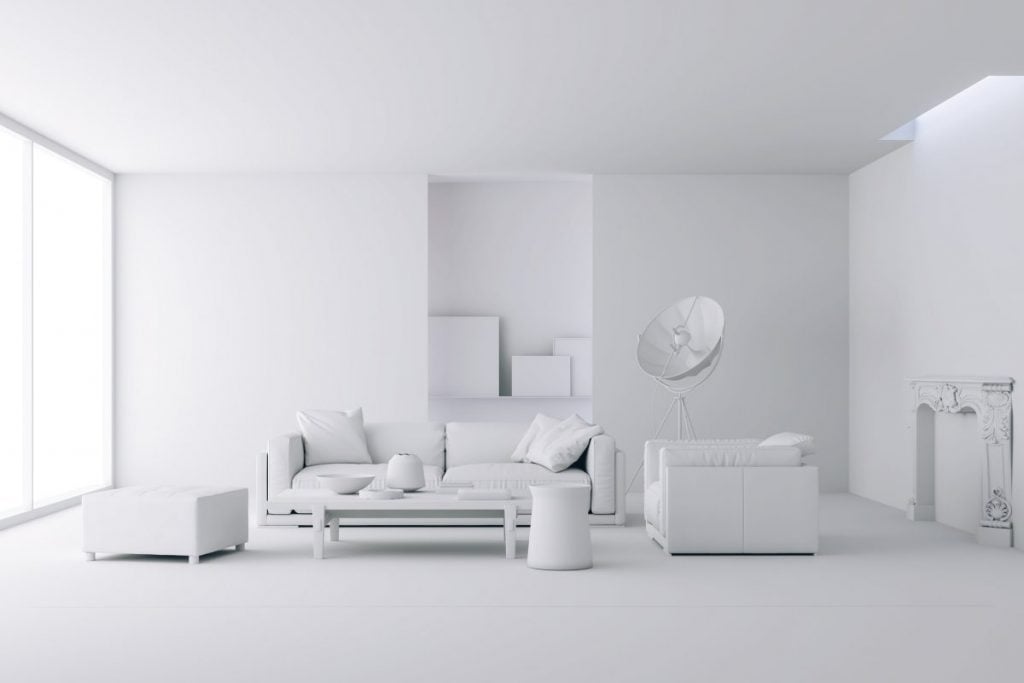 Why is most text black on a white background?

Very few people question why text is almost always black with white in the background. Think of every book you’ve read, every paper you’ve written on, and every magazine article, online or offline. The reason the practice is so common is that the contrast of black on white has been proven time and time again to be the easiest to read out of any color scheme. In fact, the Gutenberg Bible, which was the first book ever printed, featured black type on white paper, which has been the standard for print ever since.

You may or may not recall that the first computers almost always featured green type on a black background. But when it was discovered that reading accuracy jumped by 26% with traditional black on white, the switch was made as soon as it was technologically possible. 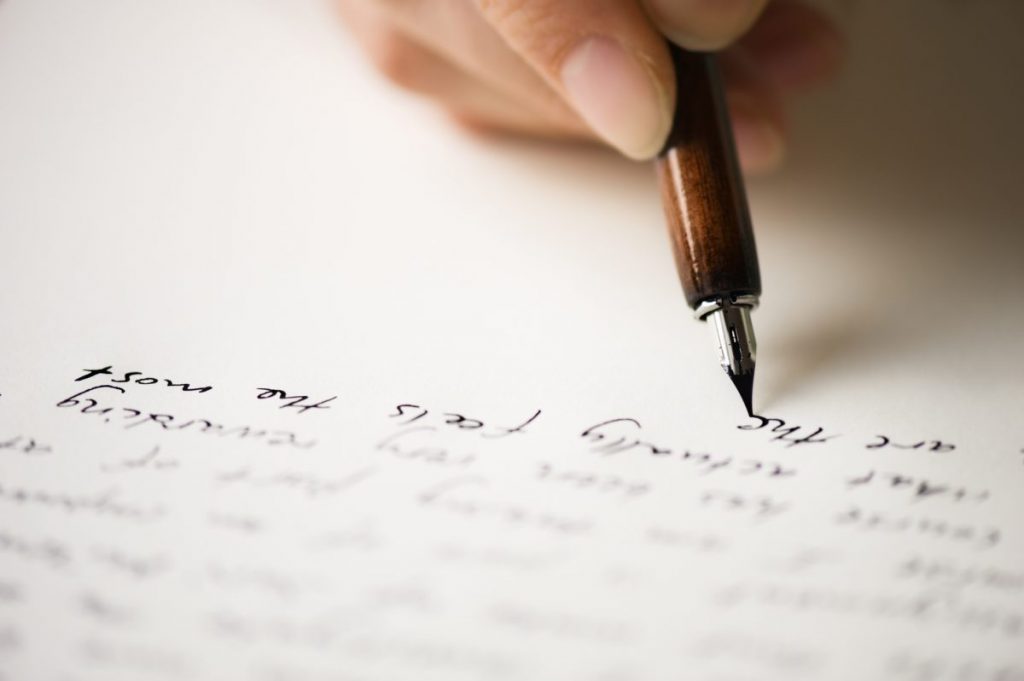 What is the blackest black in the world?

The flattest, mattest, blackest black ever seen on earth with the naked human eye was concocted by a nanotech company in England in 2014 -- they called it Vantablack. Vantablack traps up to 99.96% of visible light, making any surface look like a void. Much to the dismay of the public, the company has licensed exclusive use of Vantablack to an artist named Anisk Kapoor. Everyone else is forbidden to use it. Needless to say, many people are displeased with Kapoor’s refusal to share his black, and now there’s a feverish movement to develop an even blacker blackest black that can be used by the everyone. 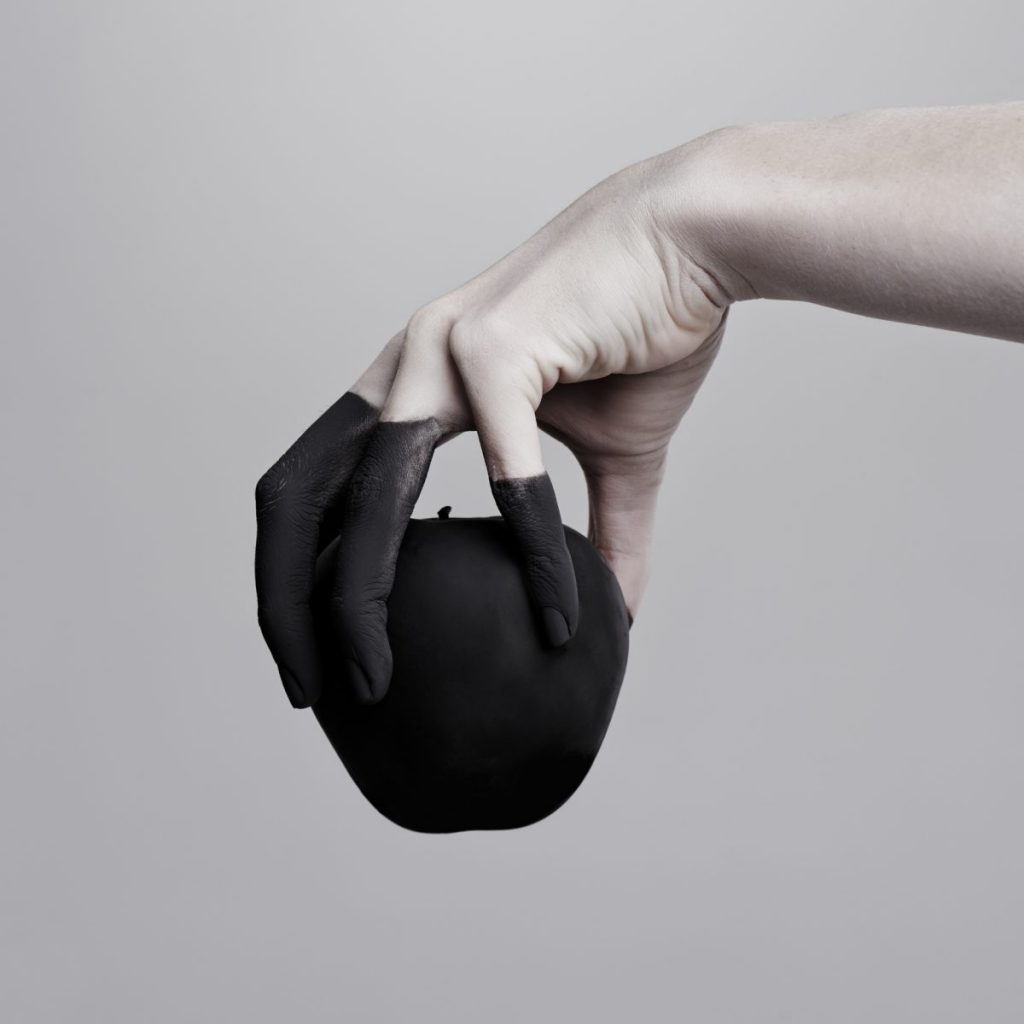 What is the whitest white on earth?

Scientists claim that the Cyphochilus beetle, a common pest in Asia, has scales that are the whitest white that can be found in nature. Inspired by this little bug, researchers have developed a super-thin, ultra-white, non-toxic, edible coating 20 times whiter than paper that can potentially be used in tooth whitening, cosmetics, paints, and the pharmaceutical industry in the future. That sounds all white to us! 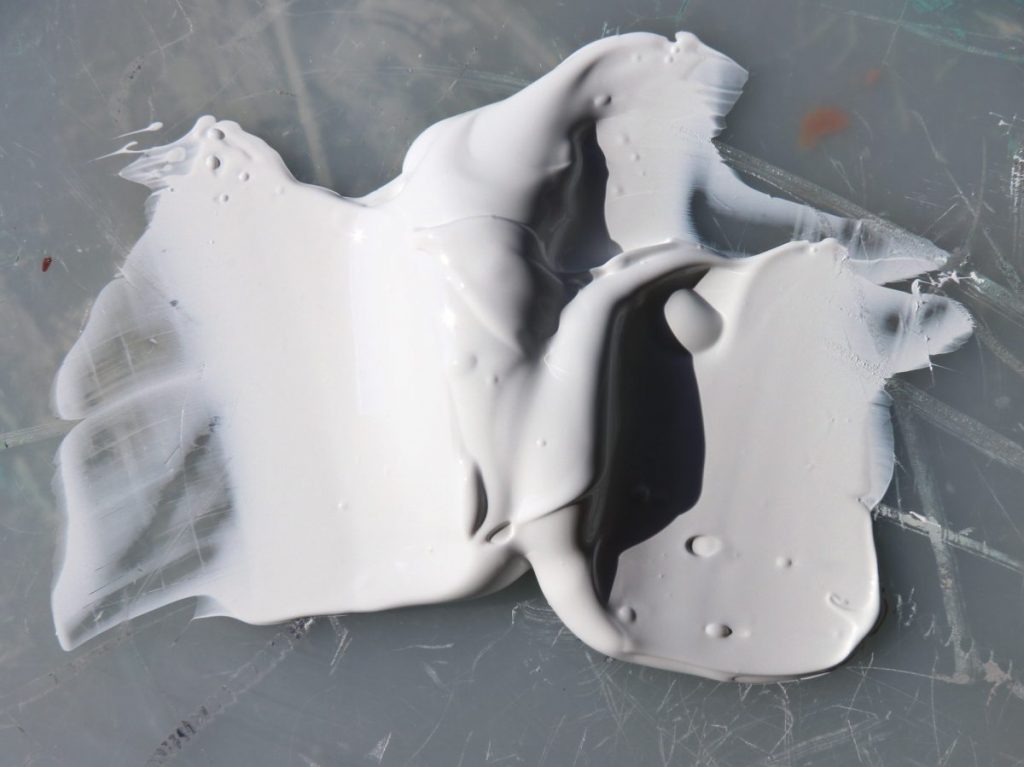 What colors can I combine to make black and white?

While it is impossible to combine colors to make white because white is by definition the lack of pigmentation, you can easily make black paint at home simply by mixing a combination of colors. While you’ll never be able to achieve that pure black you find store-bought paint tubes, you can create a customized off-black color that actually has a lot more character. All you need is a mixture of equal quantities of yellow, red and blue paint. After you’ve blended together a blackish tint from this combination, you can then adjust the hue according to your preference. Add a bit more blue for a midnight black, add a bit more red for a warmer black, and so on and so forth. The possibilities are endless. Have fun with it! 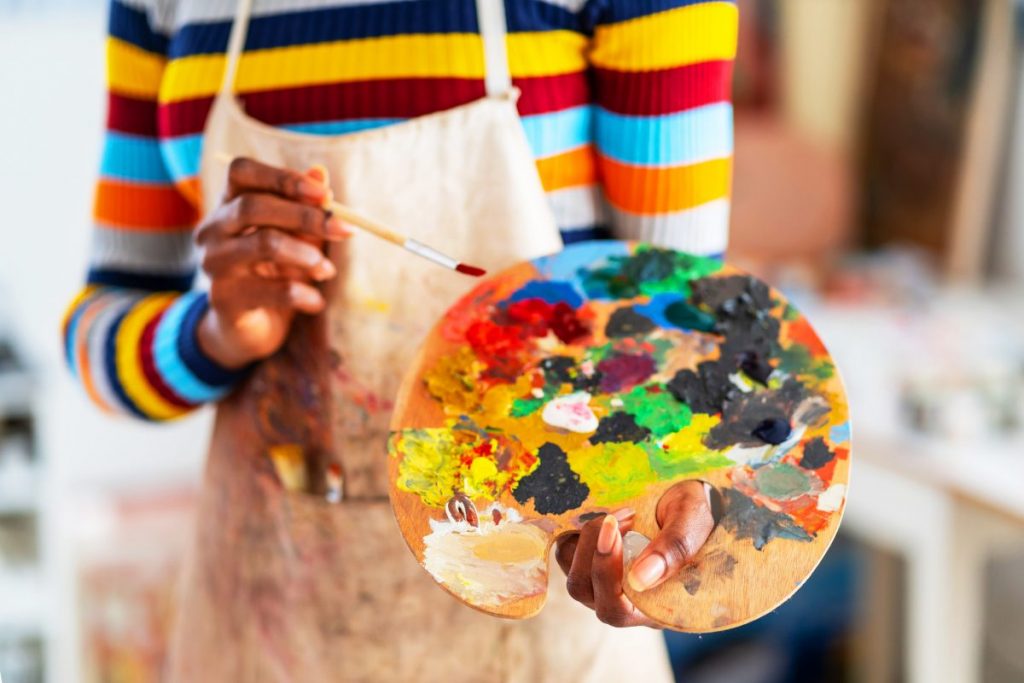