Taking Care of Your Hyacinths

Growing wild since the days of the Greek gods, the Hyacinth is a lovely bell-shaped flower that resembles a starfish when its petals are fully open. Its hardy nature makes the hyacinth an easy plant to grow, even for beginners.

Hyacinths come in a rainbow of colors, smell incredible and look like cheerful stars every afternoon while in bloom, adding a touch of joy to any sunny spot in a garden.

The Early History of Hyacinths

Possessing a strong, heady fragrance, the Hyacinth is native to the tropical regions of Africa and the countries bordering the Mediterranean, including southern France, Spain, Monaco, Italy, Greece, Croatia, and Turkey.

It's in these lands of fertile soil, above-average rainfall, and temperate climate that the Hyacinth, along with other lush flowering plants, thrived. 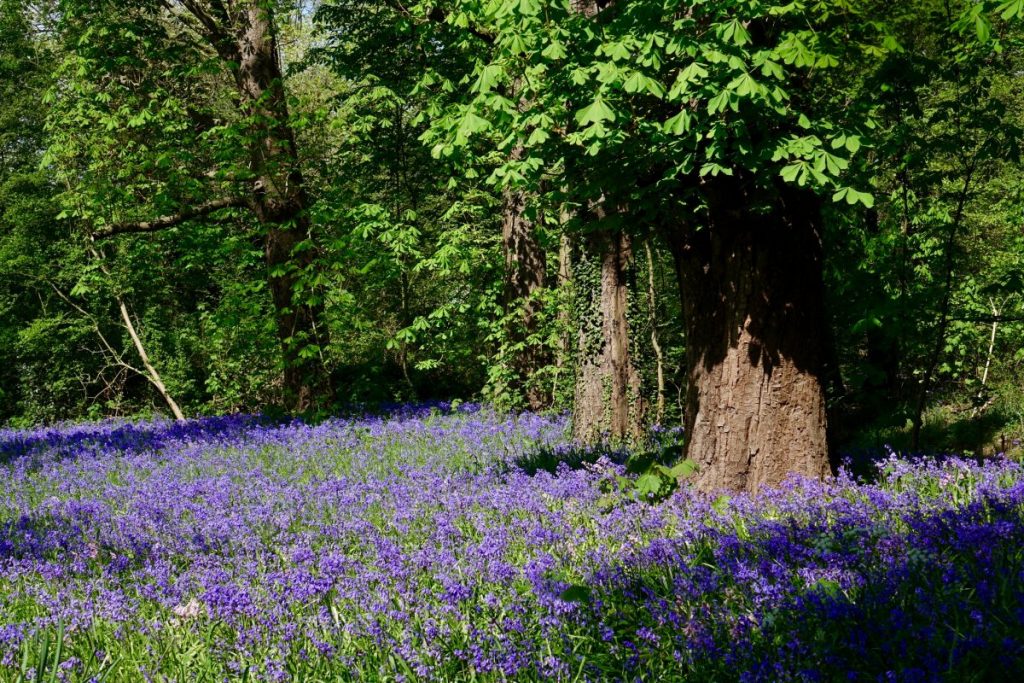 Hyacinths Are Part of Greek Lore

According to Greek legend, the Hyacinth is traced back to Hyakinthos, a young Greek boy adored by both the sun god Apollo and the god of the west wind, Zephyr. The two gods jealously competed for the boy's attention.

When Zephyr saw Apollo teaching the boy how to throw a discus, his fury took over. Enraged, he blew back the discus with such force it struck Hyakinthos and killed him. 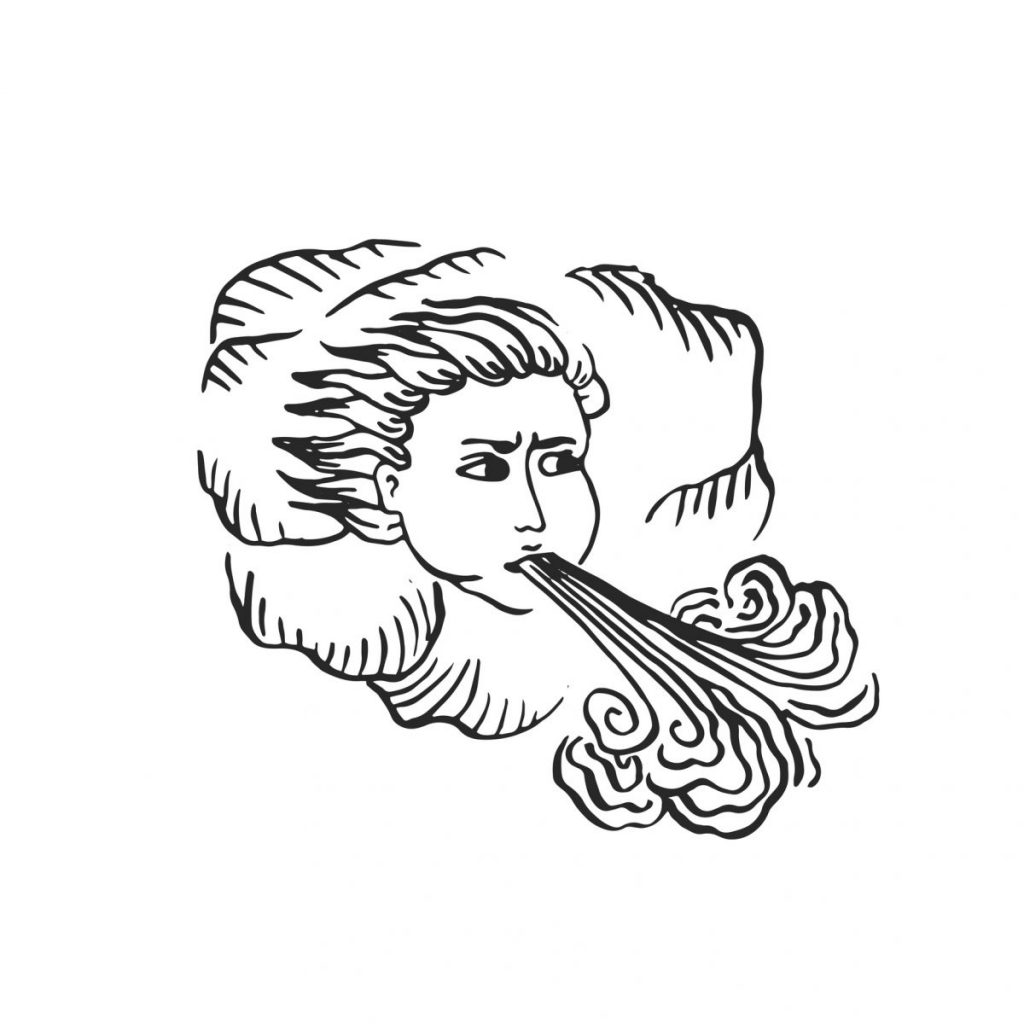 After its flash of legendary fame, the Hyacinth faded from history. It stayed quiet and beautiful, growing in gardens across Africa and the countries surrounding the Mediterranean Sea. It wasn't until 1573 when German doctor Leonhardt Rauwolf, enchanted by the flowers, picked some to take back with him. When he returned to Germany, he planted the bulbs. The flowers have been grown commercially in northern Europe and the United Kingdom ever since. 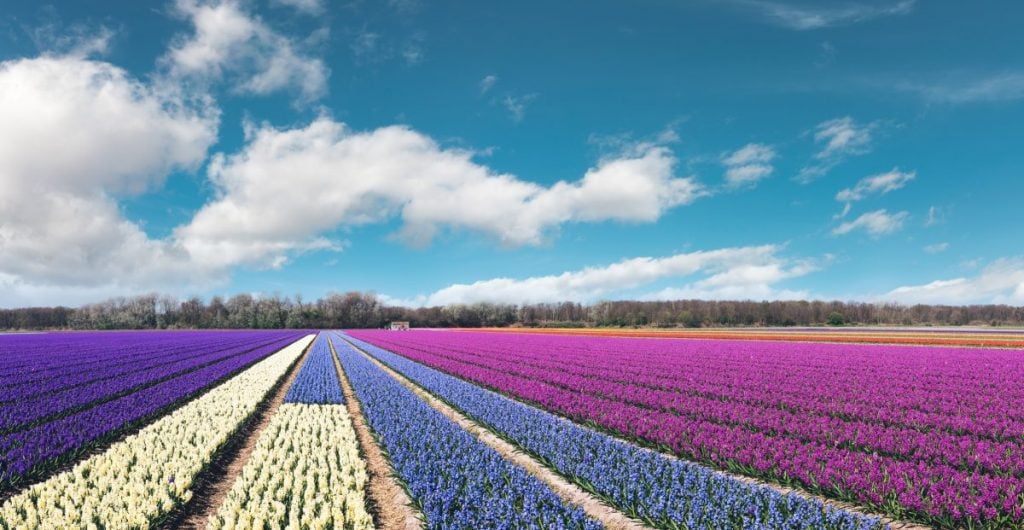 A Flower of Many Colors

With its tight clusters of star-shaped flowers and lovely fragrance, the Hyacinth has become a universally admired plant. The Hyacinth bulb produces a dense spike of flowers that grow between six and twelve inches high. The flower comes in many shades including blue, lavender, purple, red, pink, white, peach, orange, salmon and yellow.

It's no wonder both Homer and Virgil wrote of its beauty. 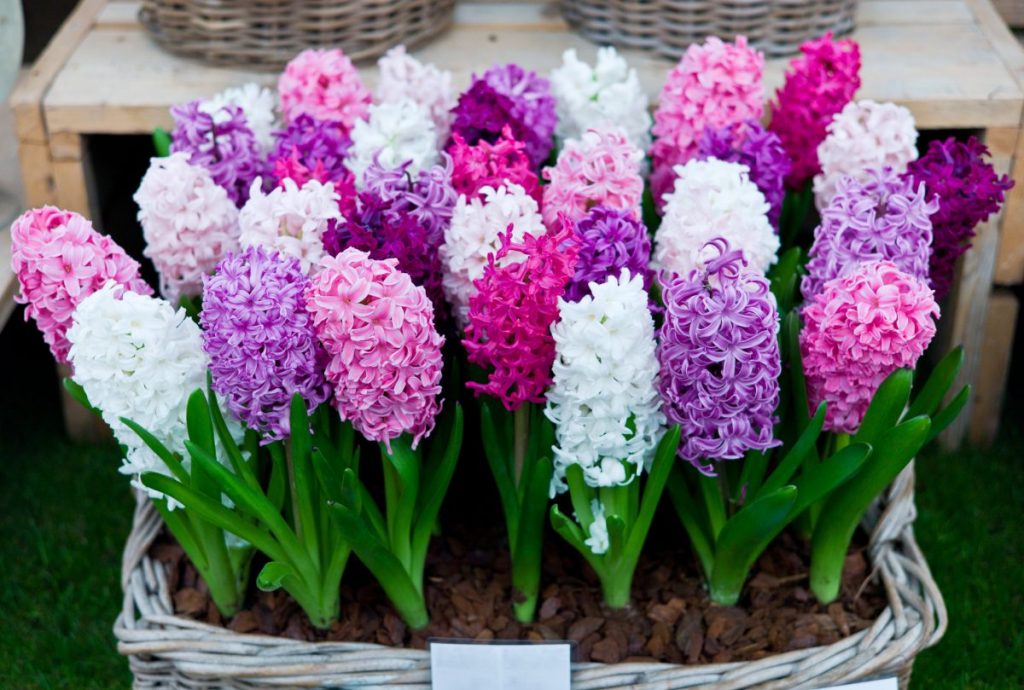 Hyacinths are perennial bulbs, which means that they grow year after year. The bulbs resemble shallots with their light purple or cream coloring and dry, papery, skin.

The hardy bulbs can be planted outdoors, and they can also be planted in containers and forced to flower indoors during the winter. 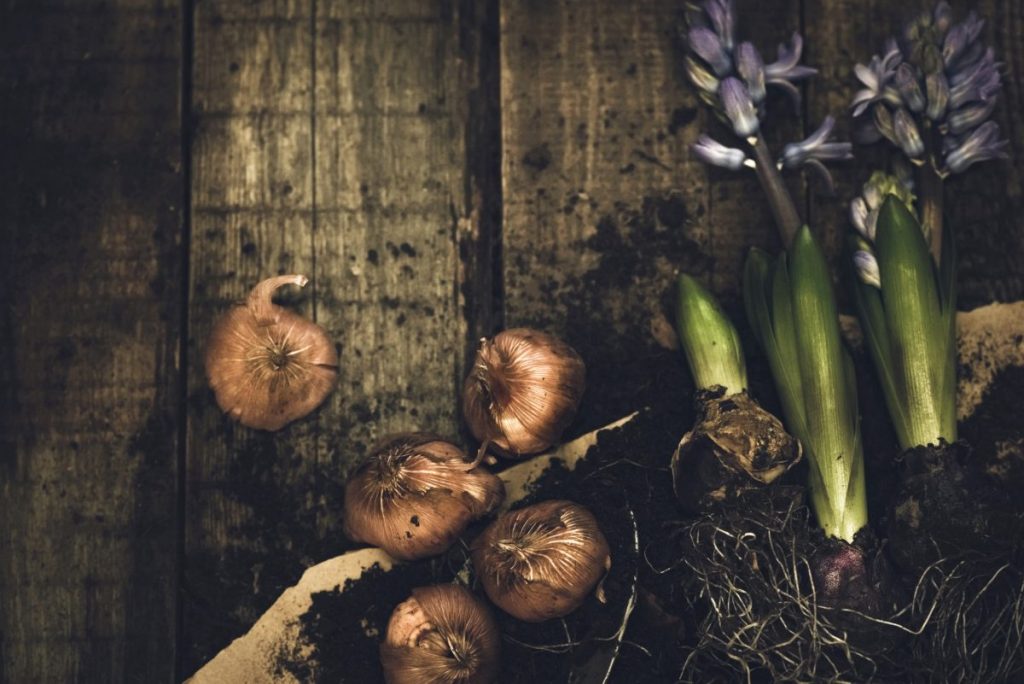 How to Plant Hyacinth Outdoors

Make sure to plant the bulbs in the fall before the first frost.

In a well-draining sunny bed, loosen the soil and add a generous amount of bonemeal or compost for nutrition. Plant the bulbs about 4 inches deep and at least 3 inches apart. Make sure the pointy end of the bulb faces up.

After planting and covering with soil, water thoroughly.

The bulbs will bloom when they're ready in the spring, so be careful of overwatering. 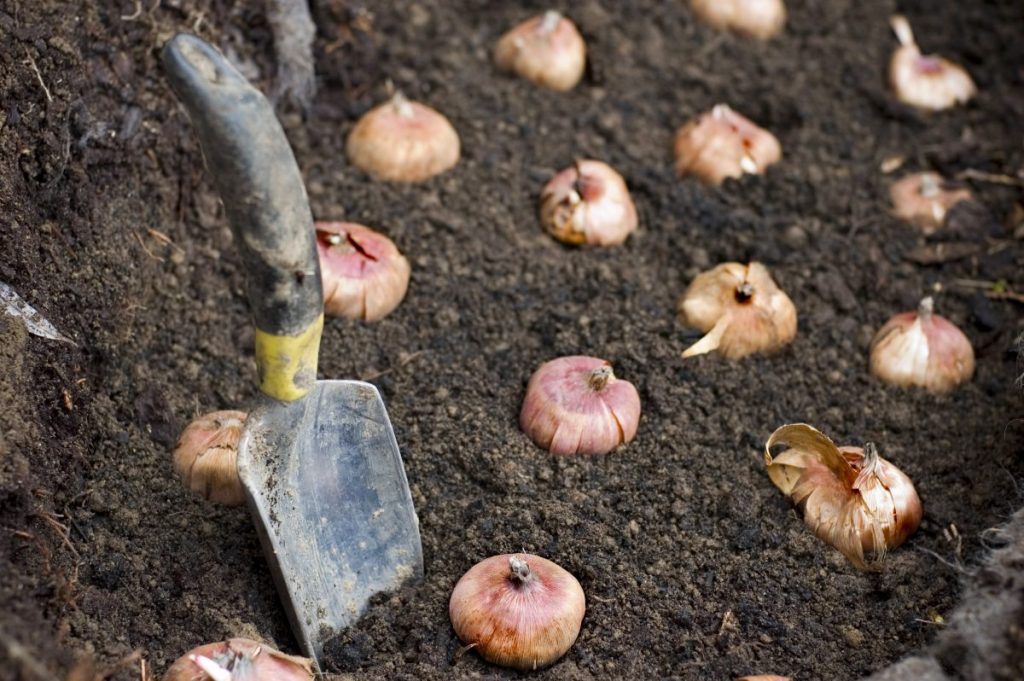 How to Force Hyacinth Bulbs: Step One

To force Hyacinth into blooming early, plant the bulbs in a container with the tips showing just above the soil line. Be sure to use a container filled with good potting soil and drainage holes in the bottom.

Keep inside in a cool, dark place. Be sure the temperatures stay above freezing and give them at least ten weeks to bloom. 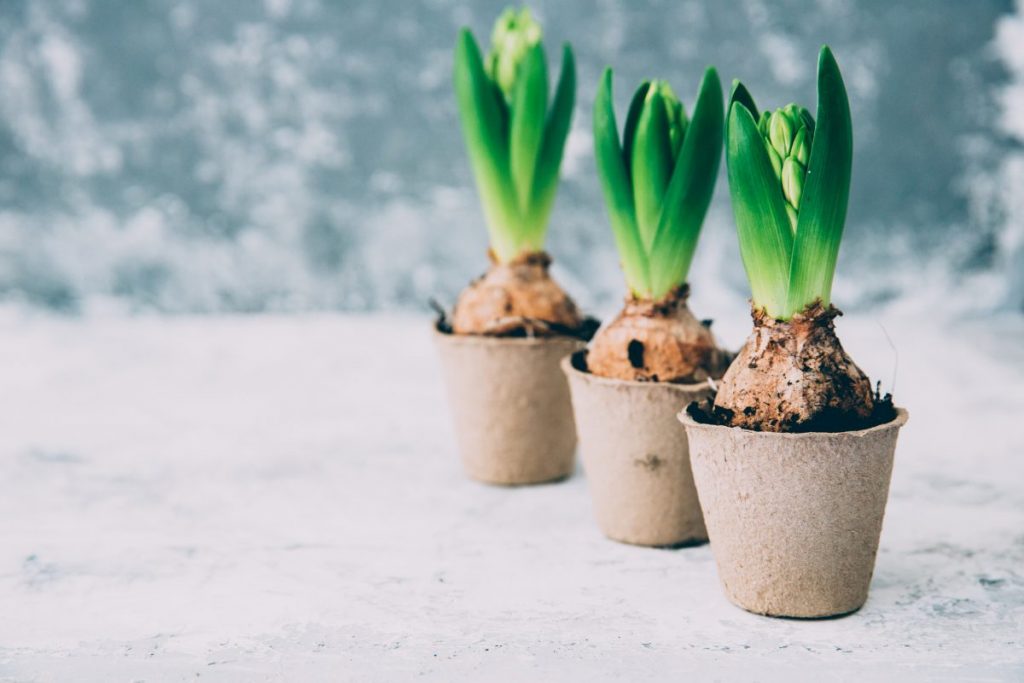 When the plant shoots are about 1 inch long, increase the temperature and light exposure gradually.

When watering the hyacinths, keep the soil moist by making sure not to overwater the soil or get the shoots wet. After they flower, the forced hyacinths can be transplanted outside to the garden. They should bloom every spring for years.

How To Care For the Flowering Hyacinth

Don't water often, but do keep the soil moist during dry periods. When the plants have finished flowering, cut back the stalks and let the leaves die naturally.

It's a good idea to feed the soil with nutrients once a year. The flowers don't need much, just enough to keep healthy. Over time the plants may get smaller, so plant a few new bulbs each fall. 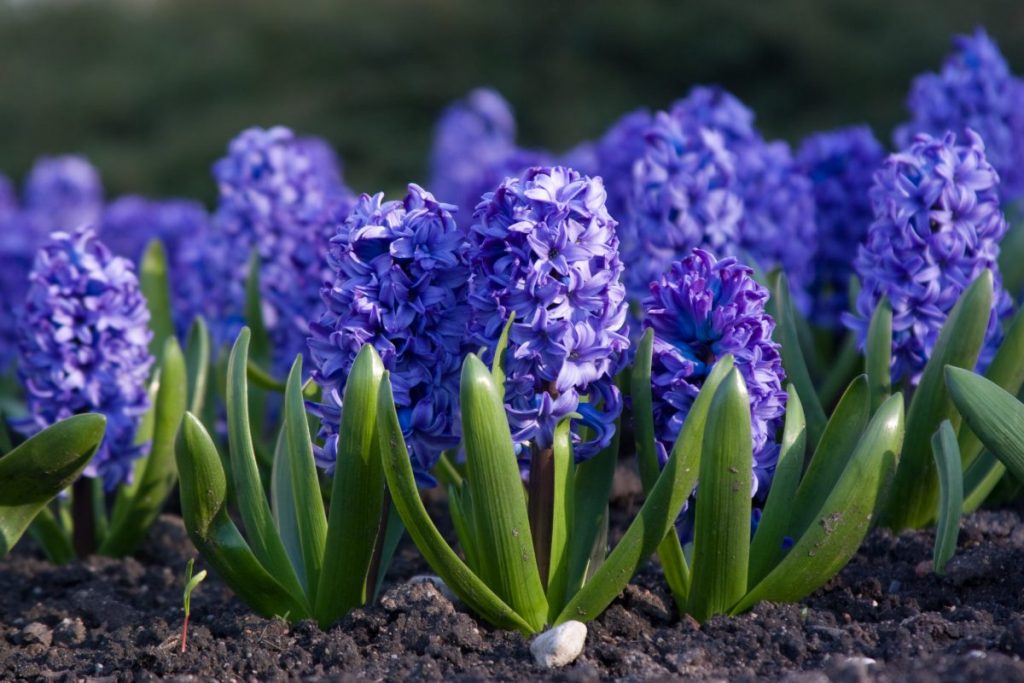 The Language of Flowers

In the language of flowers, the Hyacinth is said to symbolize games and sport, playfulness, and rashness. But not all of the colors share the same meaning. The blue Hyacinth symbolizes the constancy of love; the purple symbolizes sorrow, forgiveness, and regret; yellow symbolizes jealousy, and the white Hyacinth is the symbol for loveliness.

So remember, when it's time to give a loved one flowers, don't forget the Hyacinth. 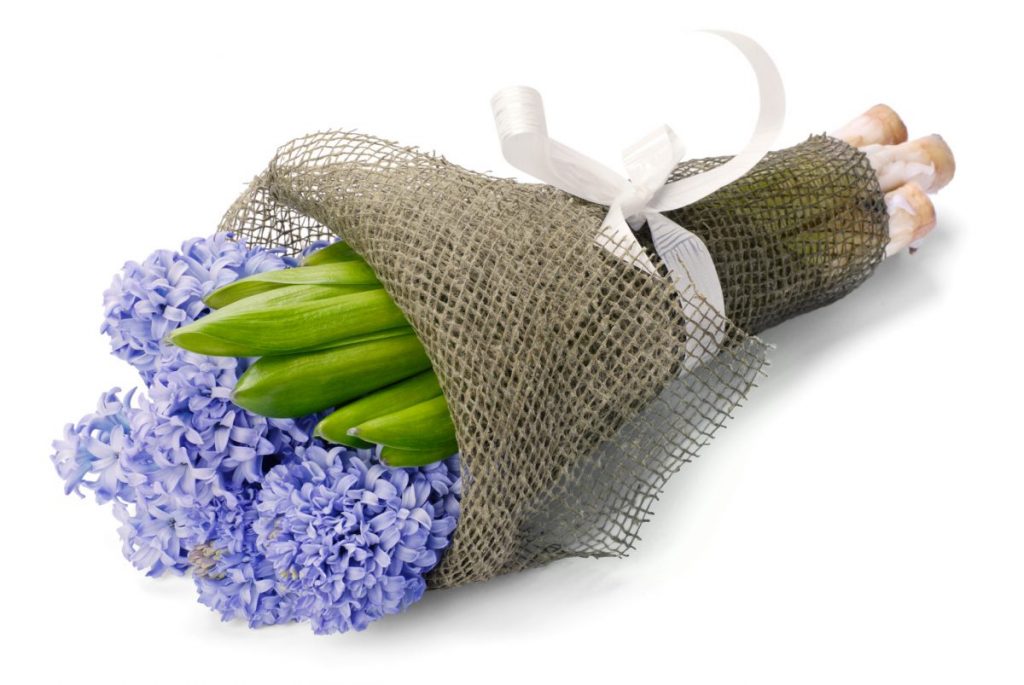