Lily of the Valley: A Guide to the Beautiful and Toxic Plant

Despite its name, lily of the valley isn’t an actual lily but is part of the asparagus family. Its charming, delicate flowers and beautiful fragrance contrast heavily with the plant’s toxicity and vigorous spreading. Some parts of the U.S. even view it as an invasive species because it covers an area so easily. But if you’re willing to combat the spread and toxicity, you can fill your yard with one of the most beautiful flowers around.

Growing lily of the valley

This interesting plant grows in almost any location as long as there is at least partial shade. Plant lily of the valley in dappled shade for the best growth. Be careful when selecting your growing area as the plant can easily colonize and dominate an area, especially in moist, cool environments. Usually, you don’t need to pay much attention to lily of the valley beyond preventing its spread, but flowering can decrease over time. If this occurs, simply lift and divide the plants. 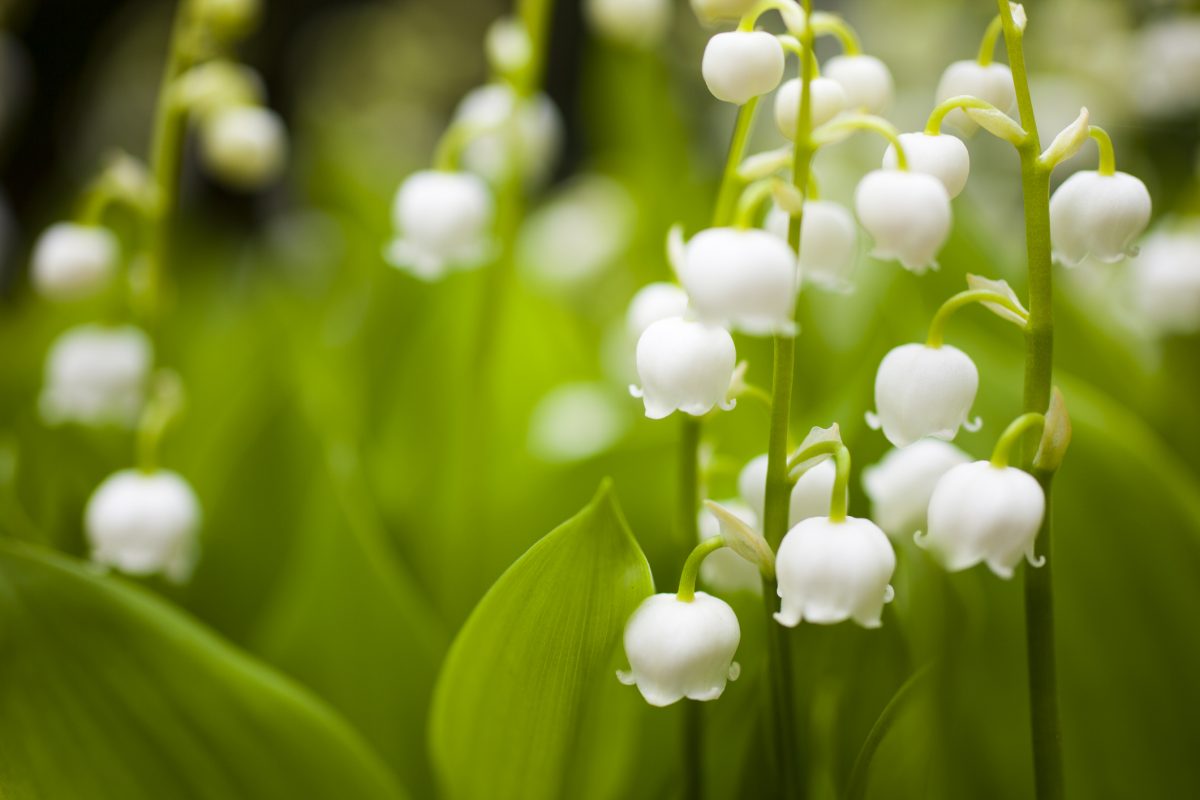 The plant’s soil and water needs

While lily of the valley can survive in almost any environment, the plant thrives in moist soil that’s rich in nutrients. Good drainage is also a plus. While it prefers acidic or neutral soils, it can somewhat tolerate alkaline soils. Make sure your plants receive at least one inch of water each week; you may need to water them more often during periods of high heat. Do not fertilize lily of the valley unless the soil in your area is severely lacking in nutrients. 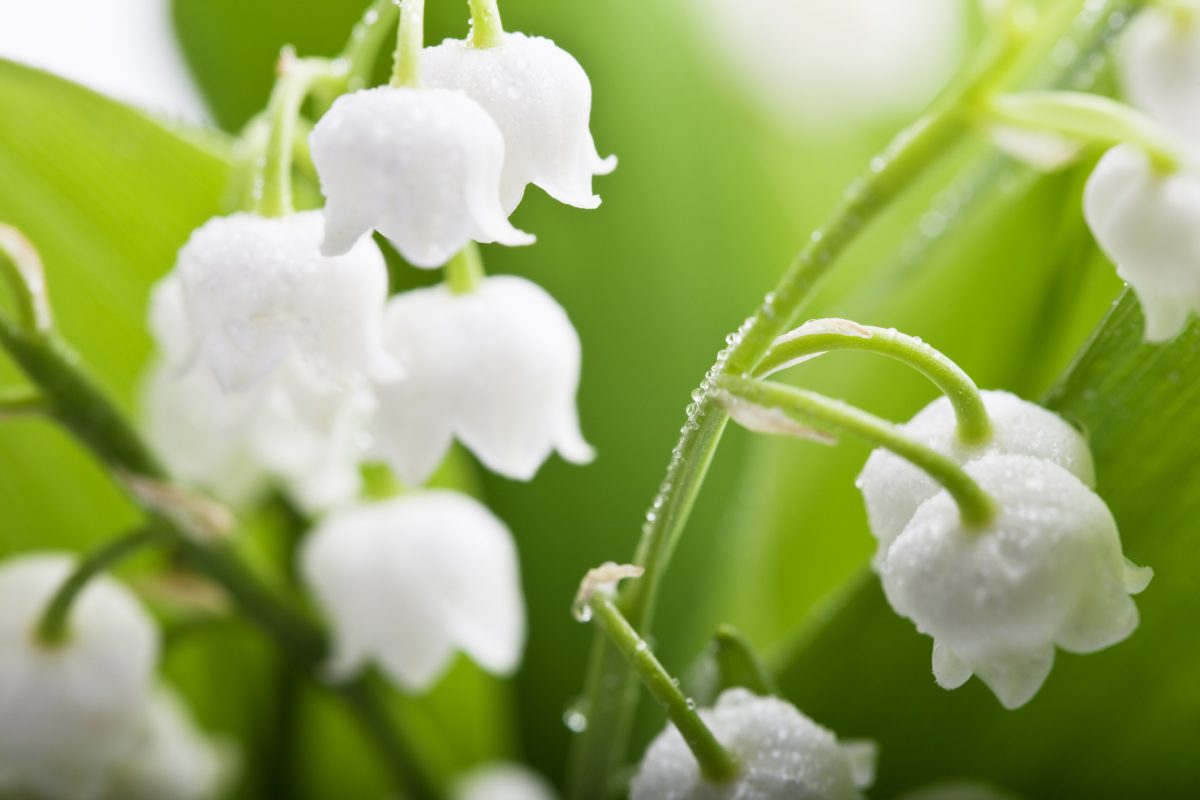 The perfect temperature and humidity

Hot, dry climates are usually difficult for lily of the valley plants. During warmer months, the plant may die back, though it can sometimes return the following spring. Exposure to too much direct sunlight can also kill the plant. If you live in areas where growing lily of the valley is difficult, plant it in locations where it can receive lots of shade. Often, this is under a tree or near the wall of a house. Pay attention to how dry the air and soil are and be ready to increase watering as the temperature rises. 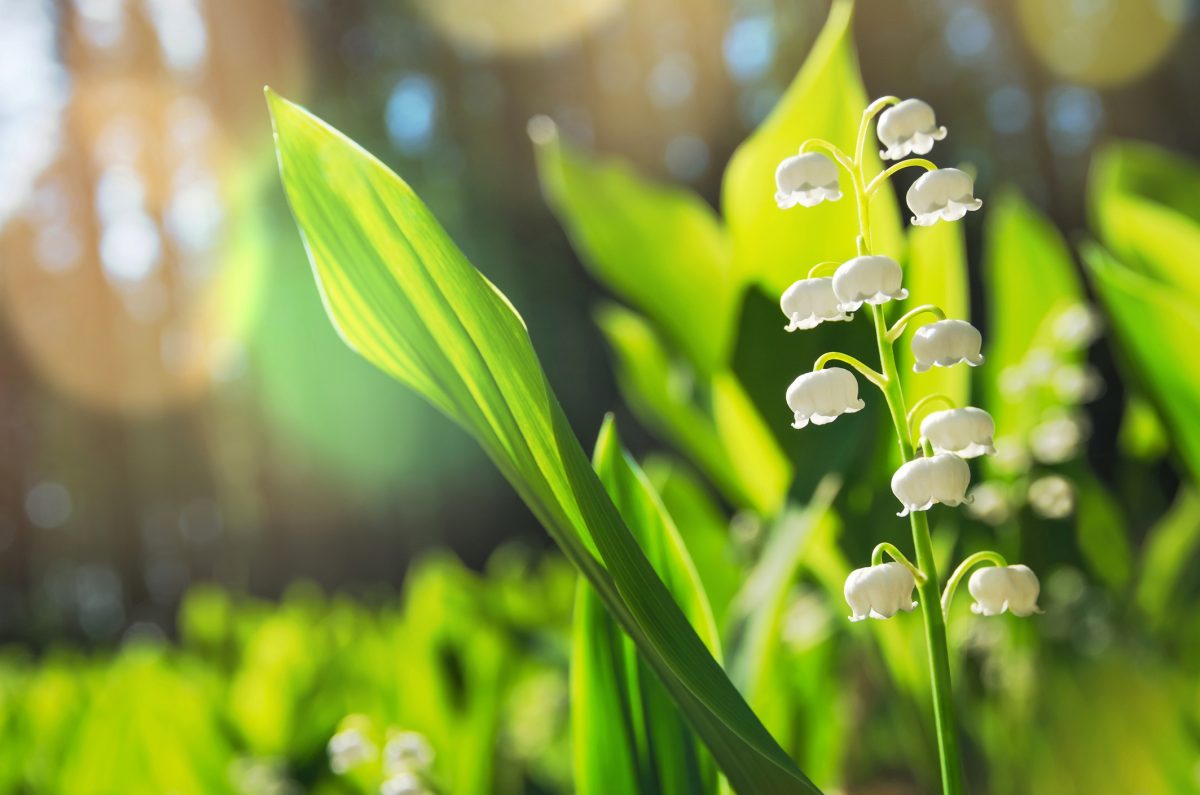 How to maintain the plant

You don’t have to worry about pruning lily of the valley during the growing season, so feel free to just let the plant grow. Overall, you won’t have to perform much maintenance for the plant. You may choose to prune the plant if it begins growing into an area that it shouldn’t. Make sure to keep the soil moist and maintain a regular watering schedule. 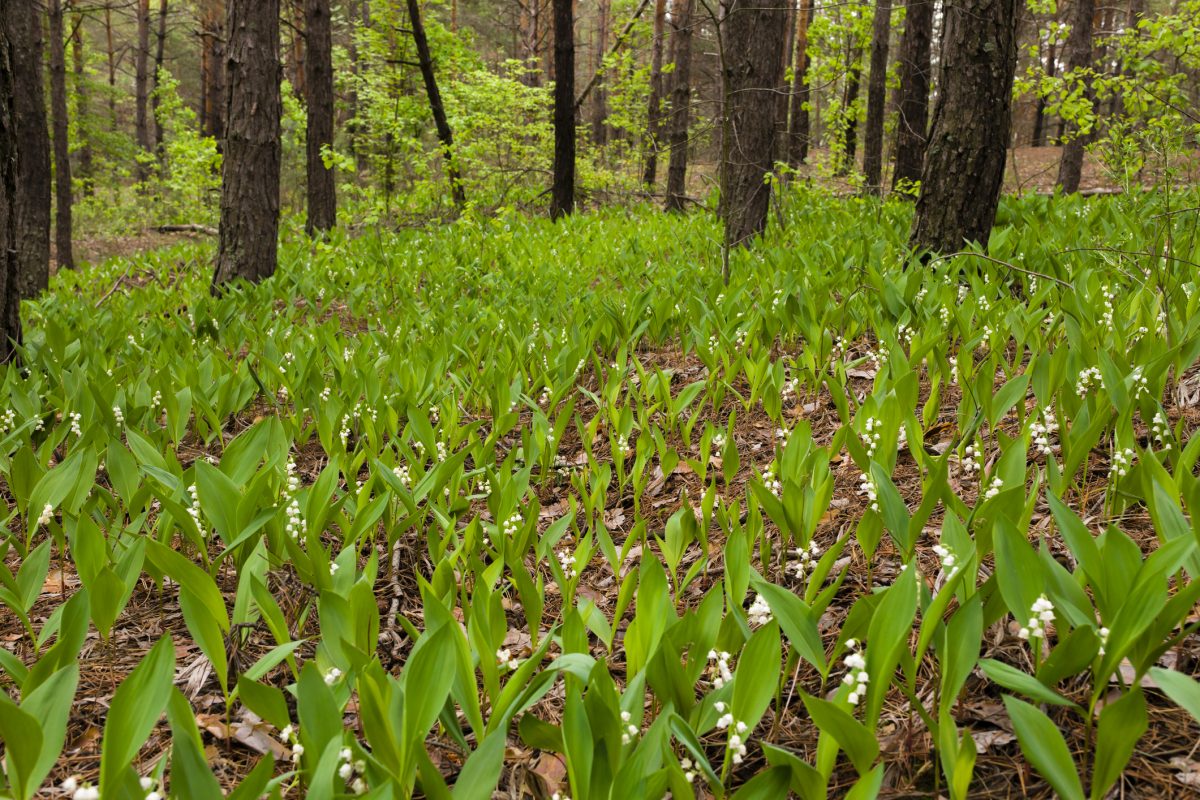 Be cautious of the plant’s toxicity

Many expert gardeners recommend avoiding lily of the valley because of its toxicity, which can make a person or animal extremely ill. All parts of the plant are toxic, but it grows reddish berries that are alluring to children and animals. Symptoms begin with drooling, stomach cramps, diarrhea, and vomiting. Eventually, there may be seizures, cardiac arrhythmia, or even cardiac arrest. The poisoning only occurs after ingesting the plant, meaning you don’t need to worry about handling the plant while gardening. However, the toxins may cause irritation and inflammation, so make sure to wear gloves. 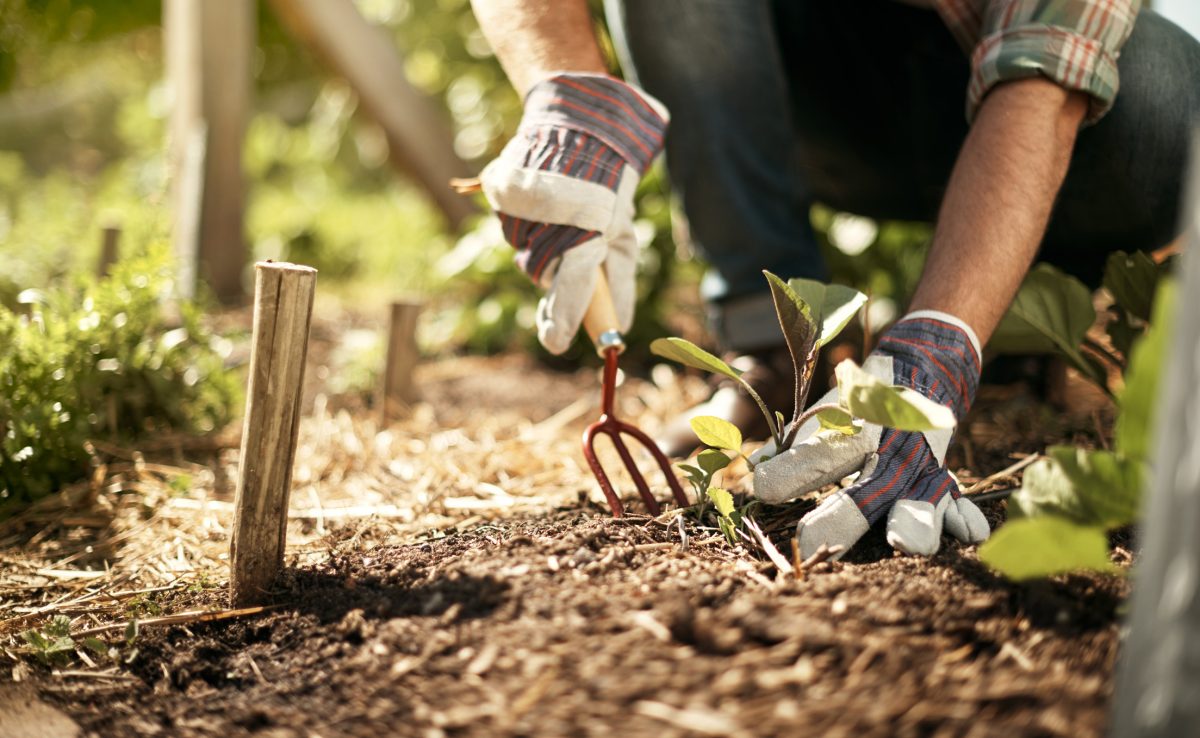 Pests and diseases to look out for

Lily of the valley’s toxicity normally prevents any issues with pests, and the plant has a natural resistance to most diseases. However, there are still a few issues that can ruin your beautiful flowers. Slugs and snails are the primary pests, so keep an eye out if you receive lots of rain or live in a moist area. In hot, humid weather, look out for rust spots on the leaves. If you see signs of disease, feel free to dig up the entire plant. As long as the roots are fine, the plant can easily return. 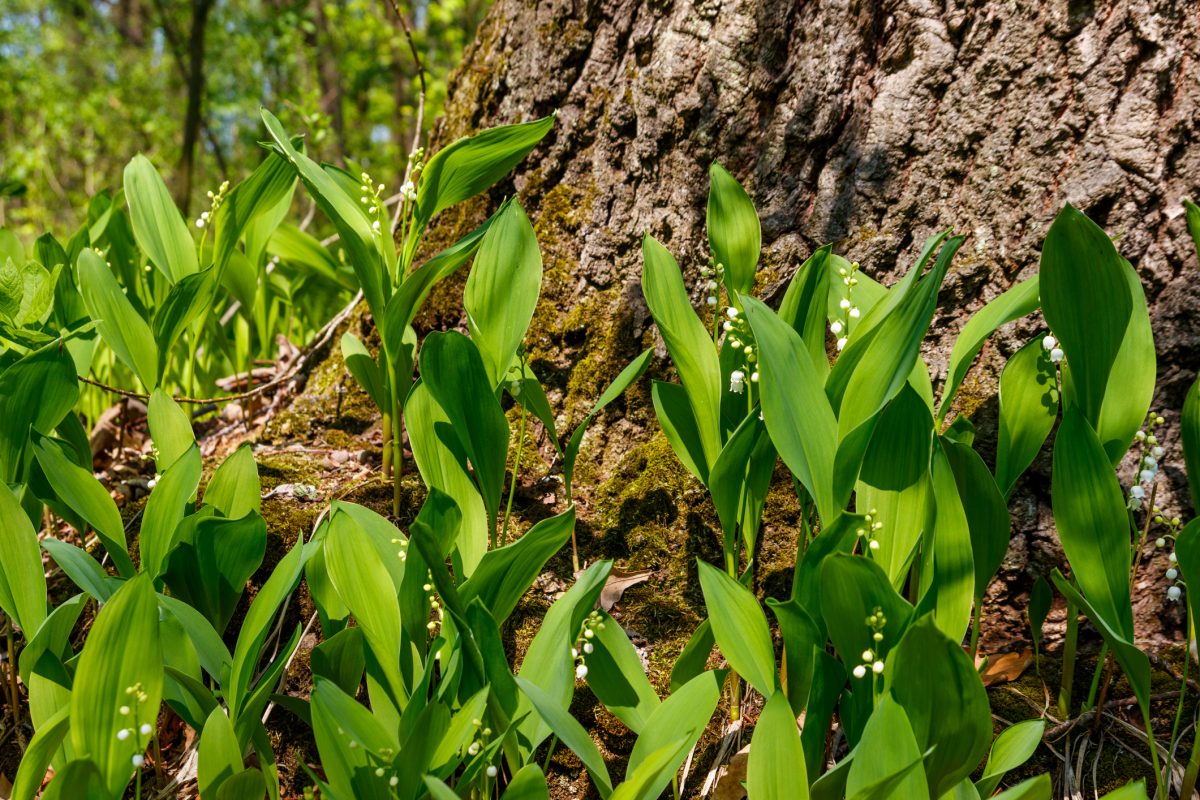 How to propagate the plant

Lily of the valley plants have rhizomatous roots, which spread rapidly through the ground and develop “new” growths. Because of this, there is rarely any reason to propagate lily of the valley. If you do want to move or share the plants, you can easily dig up a clump and replant them. Even severing some of the roots is often fine, and the plant will steadily recover after you replant it. 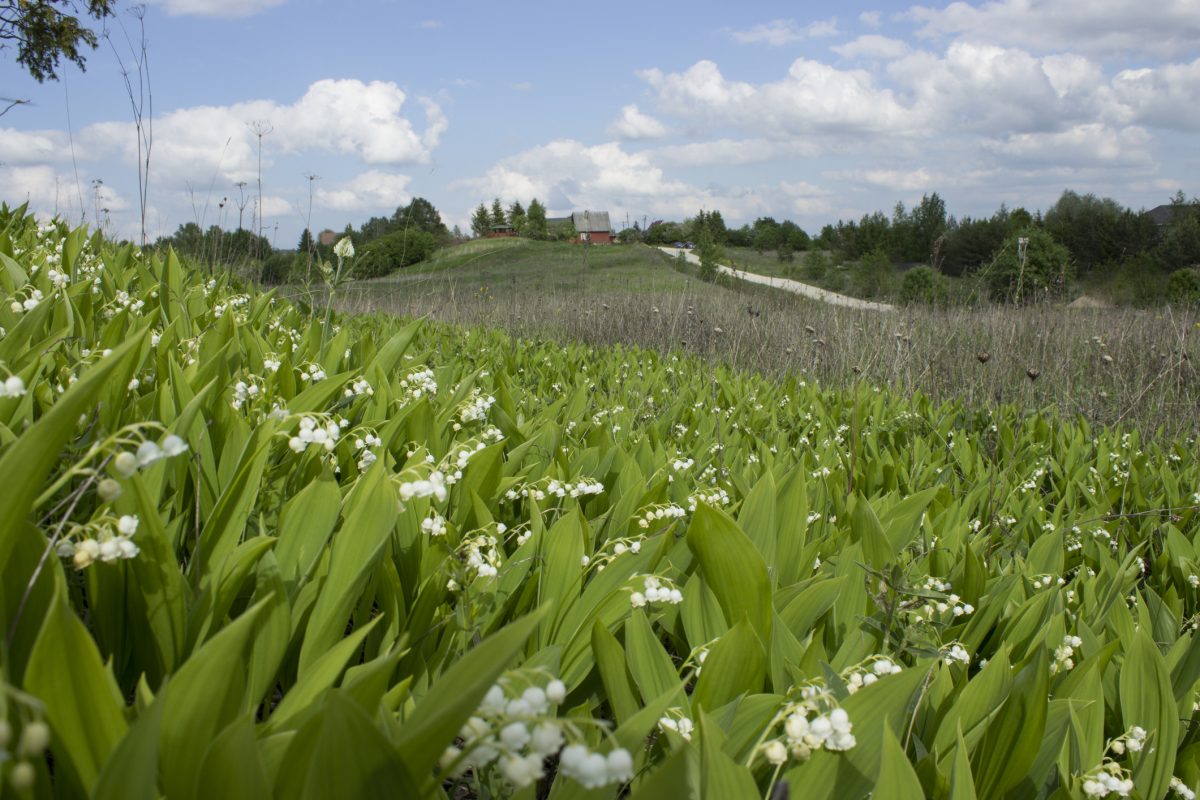 Eliminating lily of the valley

Because of its ability to rapidly spread and dominate an area, lily of the valley can easily become a pest. While eliminating the plant isn’t particularly difficult, it can take quite a while. Dig up the plants, making sure to include all of their roots. Drier soil makes it more difficult to pull the lily of the valley out, so moisten it first. 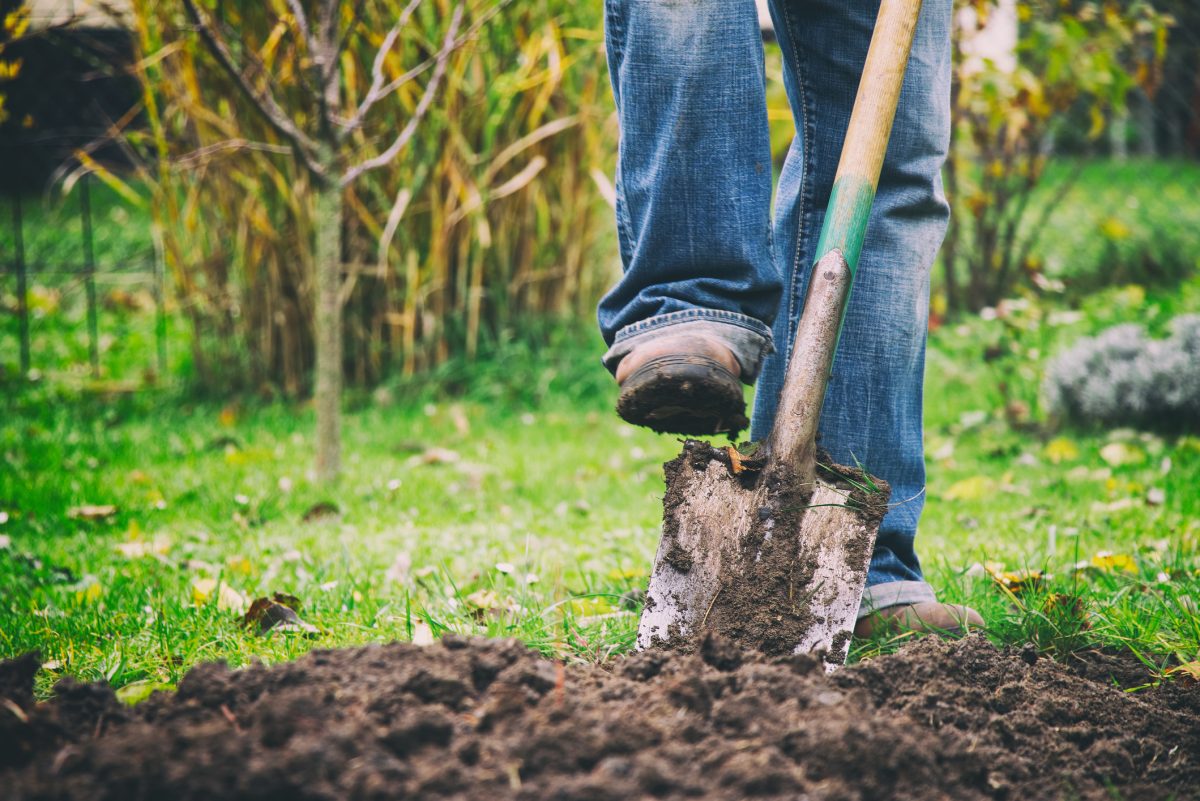 Making the most of it

Even if you enjoy the plant, your neighbor may not want it spreading into their yard, and you probably don’t want it taking over your lawn. To limit its spread, plant it near natural barriers that will block the roots. Driveways and sidewalks make for great boundaries. You can also cover an area with a tarp to prevent the roots from spreading, though you often need to leave the tarp for an entire growing season. If you lack barriers, consider building a rock garden that will naturally restrict the plant and look beautiful while doing so. 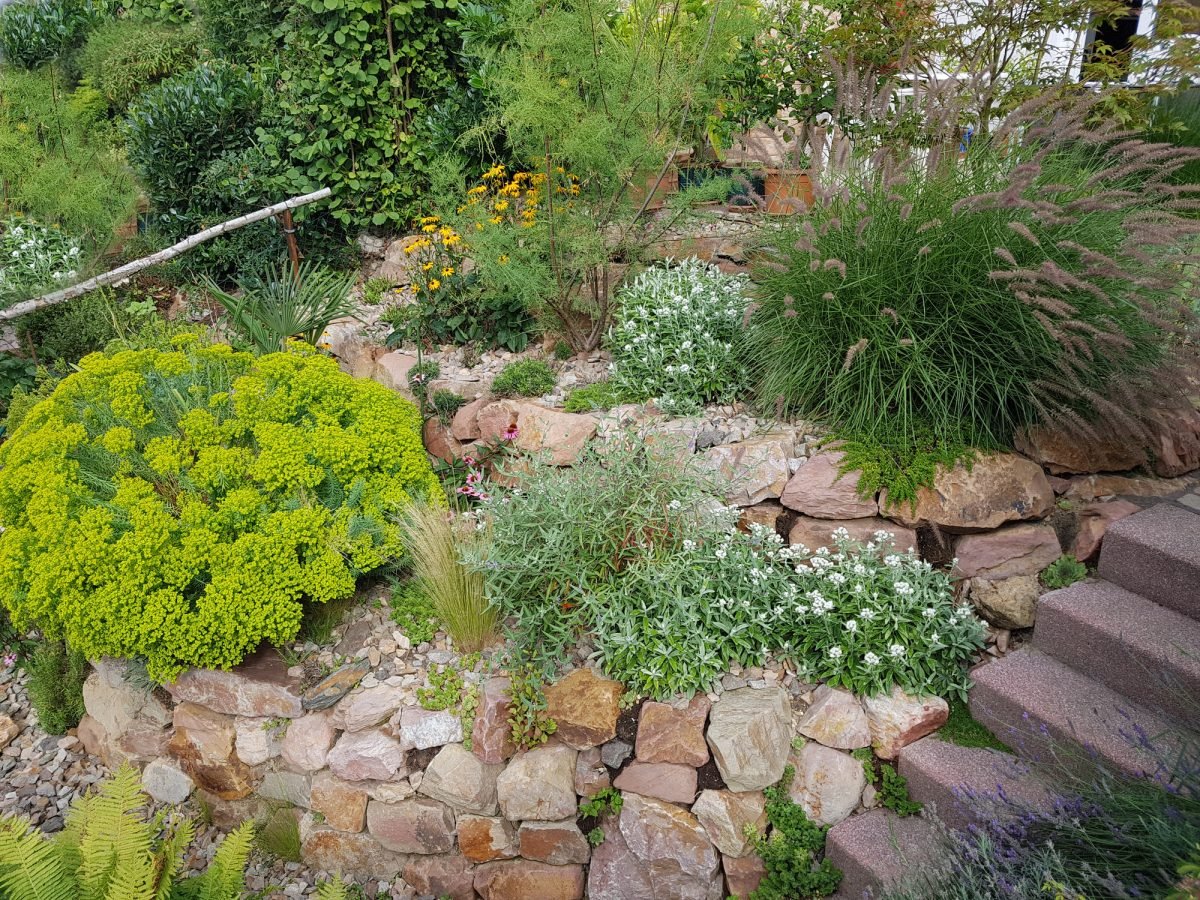 Lily of the valley’s cultural significance and symbolism

The combination of the plant’s toxicity, lovely fragrance, and incredible beauty have made lily of the valley an icon of the flower world. It regularly appears in songs, television shows, movies, and video games. Lily of the valley is also among the more expensive wedding flowers and was even in Prince William and Kate Middleton’s bridal bouquet. French businesses often sell lily of the valley on international labor day to celebrate the coming of spring. Plus, the plant also has deep ties to religion, particularly Christianity. 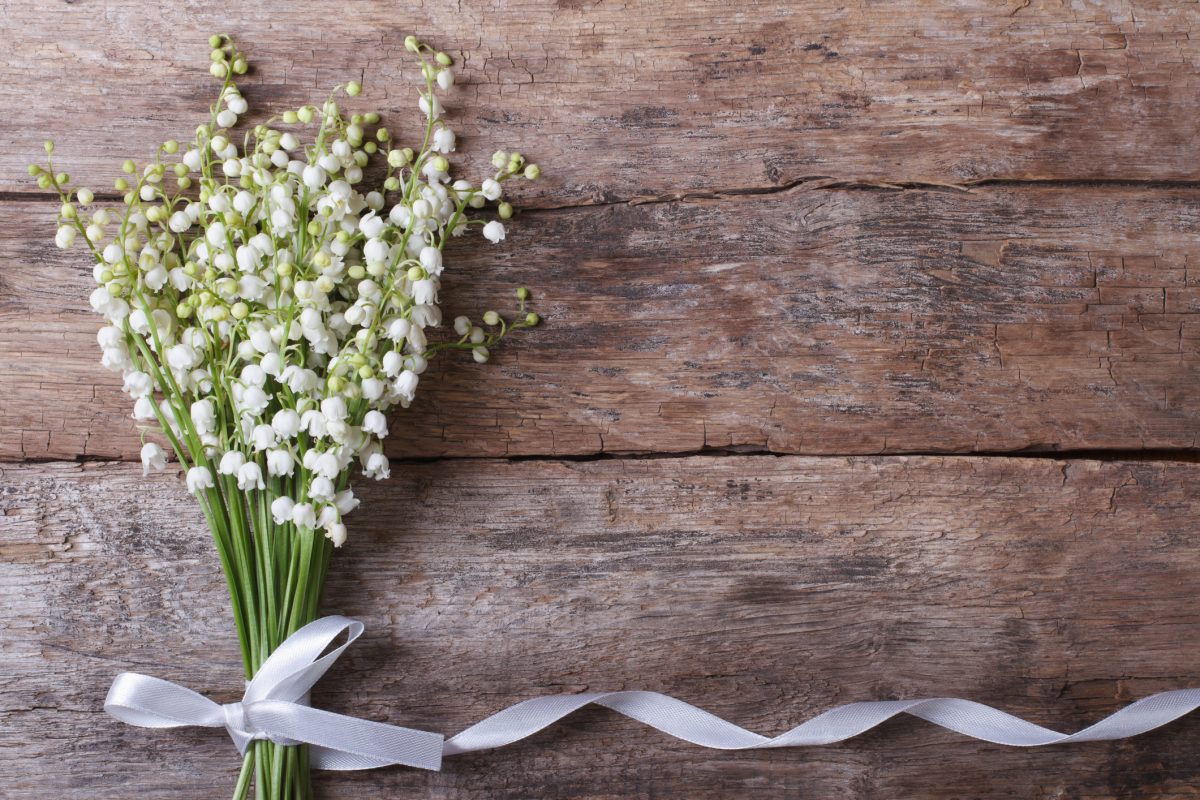