Hydrangeas are water-loving shrubs that are popular for their big, beautiful flowers. Hydrangeas look beautiful when adorning your garden thanks to their verdant foliage and gorgeous blooms, but are also often used in cut flower bouquets for special occasions like weddings, birthdays, and anniversaries. Despite their beauty, many people feel intimidated about adding hydrangeas to their garden because they are sometimes perceived as being difficult to grow.

History of the Hydrangea

Hydrangeas have existed for millions of years. In North America, scientists found ancient hydrangeas fossils that may have been from as far back as 65 million years ago. Hydrangeas also grow as natives in Japan and Indonesia. They have even been found growing wild in the Himalayan mountains. The Japanese were the first to cultivate the plant and begin selecting for different traits. Hydrangeas were not known in Europe until 1736 when a colonist from the New World brought a North American varietal back to England. 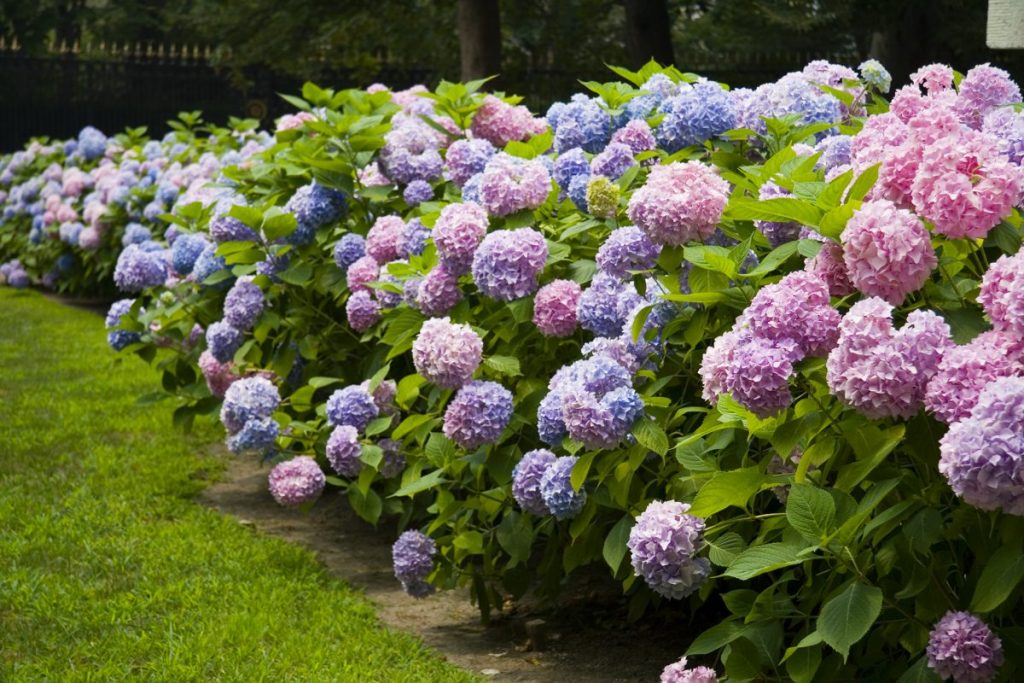 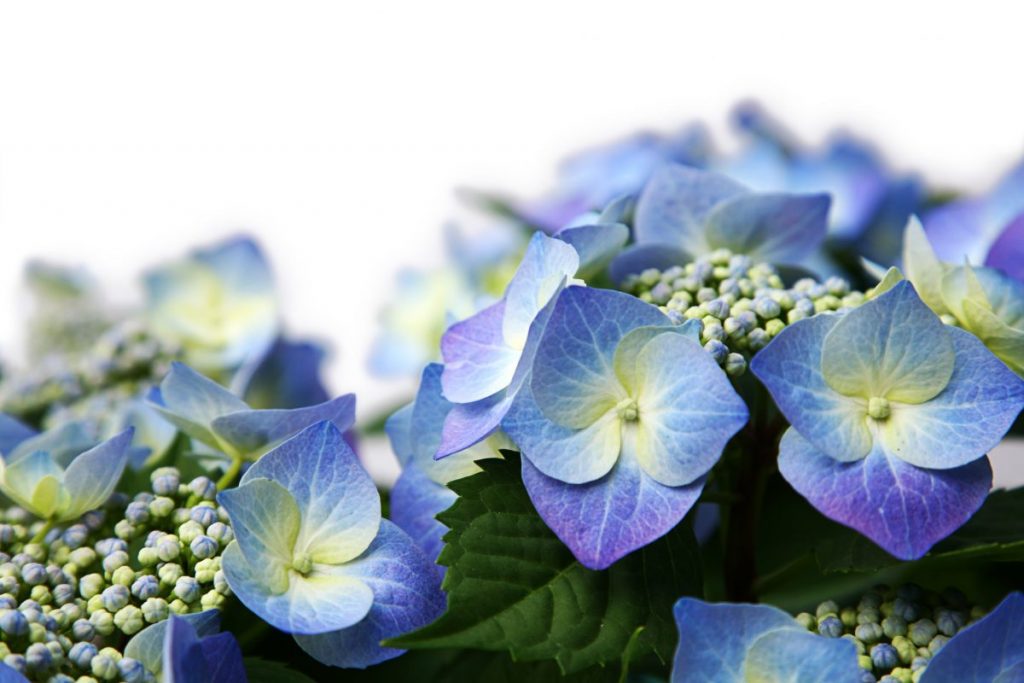 Hydrangeas are most often grown simply for the beauty of their stunning blooms. Though some flowers are edible like lavender, rose, or pansy, hydrangeas are definitely not since their petals contain trace amounts of cyanide. A fairly hardy perennial in Zones 3-7, hydrangeas are often used as a foundation plant in flower gardens or borders since they typically bloom spring through early fall and grow quickly under the right conditions. With any luck, you can enjoy gorgeous cut flower arrangements and bouquets featuring these bright beauties for months. 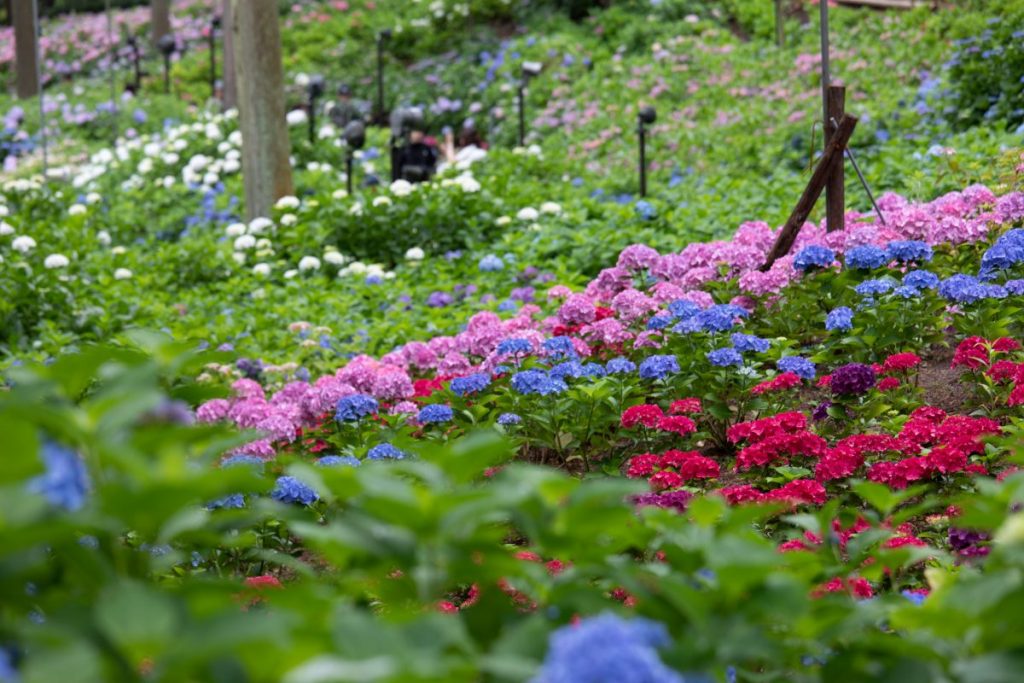 Though there are hundreds of different hydrangea cultivars, there are six main types that are most popular in North American gardens. It is important to know which type of hydrangea you have so you know if it is right for your USDA growing zone and so that you know how to get the best blooms. Bigleaf hydrangeas, as is evident by the name, boast large, leafy foliage and huge blooms favored by florists. These hydrangeas bloom on old growth and are hardy to zone 5. They should not be pruned. Panicle hydrangeas have cone-shaped clusters of flowers that are great for adding height in arrangements. They bloom on new growth and are hardy to zone 3. Prune during the late winter or early spring before buds appear. 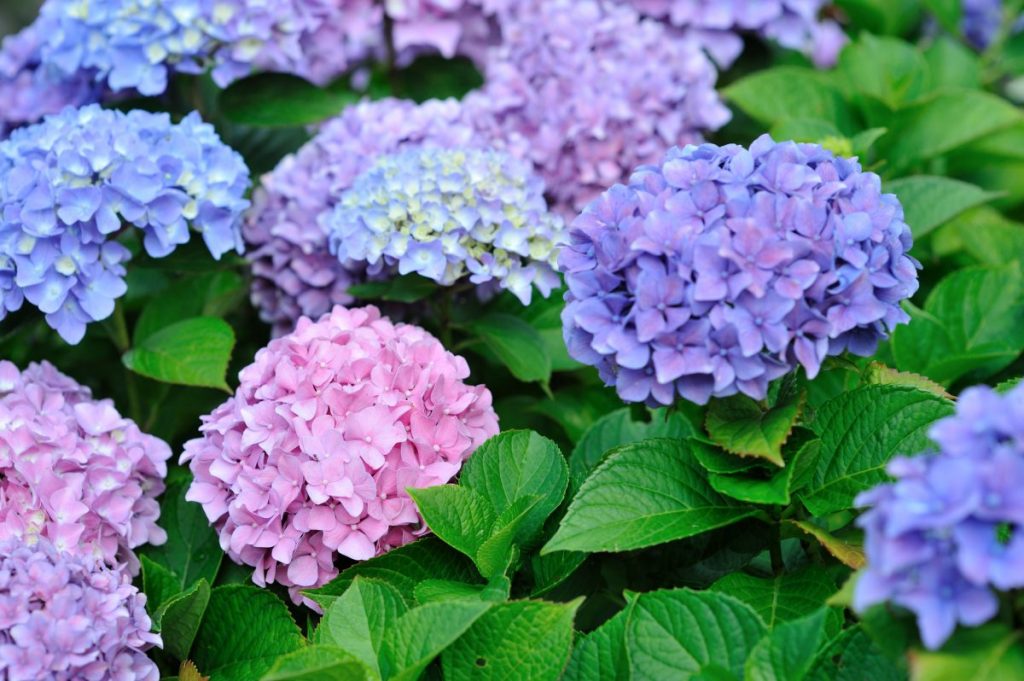 Smooth hydrangea, also called Annabelle hydrangea, forms the famous ball-shaped bloom clusters so prized by gardeners. It is hardy to zone 3 and blooms on new growth, so prune it only in the late winter or early spring, so you don't cut off newly-formed buds. Climbing hydrangea is less common to see in gardens, but they can be trained to grow up arches or trellises to create gorgeous cascades of blooms. They are hardy to zone 4. Prune in late winter or early spring, but consider skipping every other year. 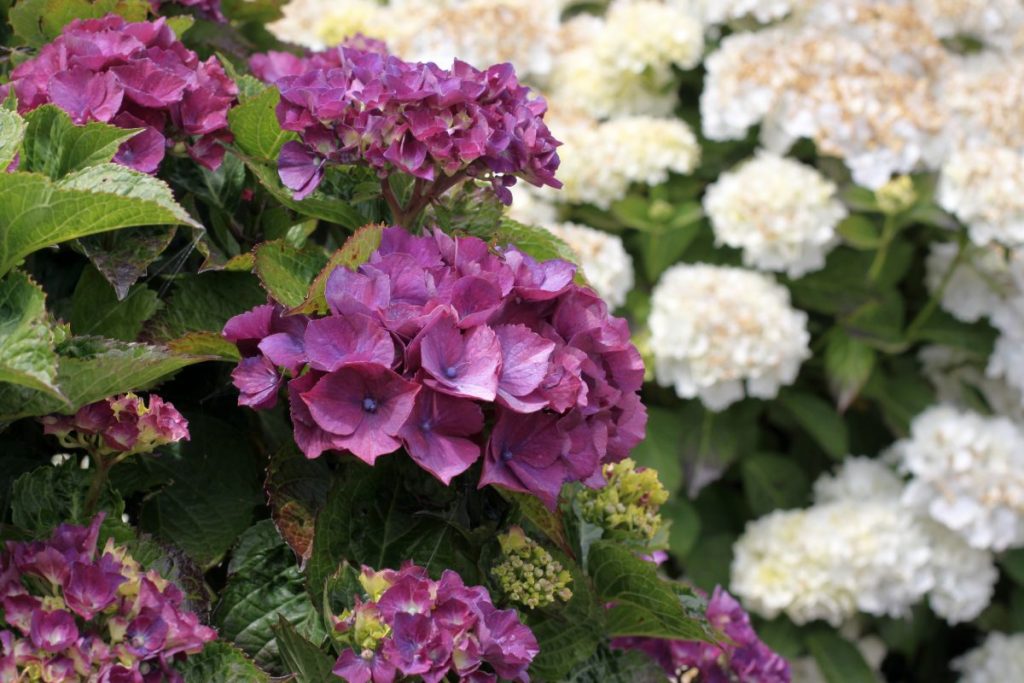 Mountain hydrangea grow in wide, leafy shrubs like rhododendrons and have smaller blossoms. They are hardy to zone 5 and most bloom on old wood, though some have been bred to be reblooming and can flower on both old or new wood. For non-reblooming types, do not prune. Oakleaf hydrangea have cone-shaped blossoms similar to the panicle hydrangea, but smaller in size. Just like the name implies, they have beautiful green leaves that resemble those of an oak tree. They are hardy to zone 5 and bloom on old wood. Do not prune these for best flowering results. 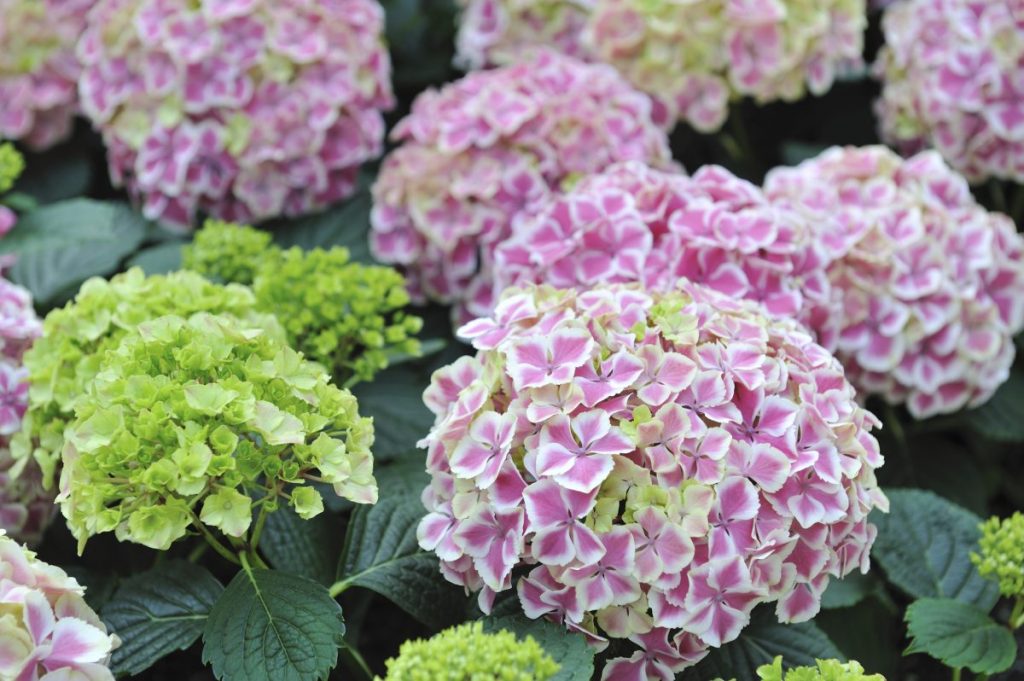 With the suffix hydra- in the name, which comes from the Greek for water, it's no surprise that hydrangeas need lots of water to thrive. However, hydrangeas also need well-draining soil and don't thrive in standing water. If you have soil that contains too much clay or is too rocky, add compost to enrich the soil and improve drainage. The best time to plant is in the spring or fall to help the roots get well-established before blooming season. 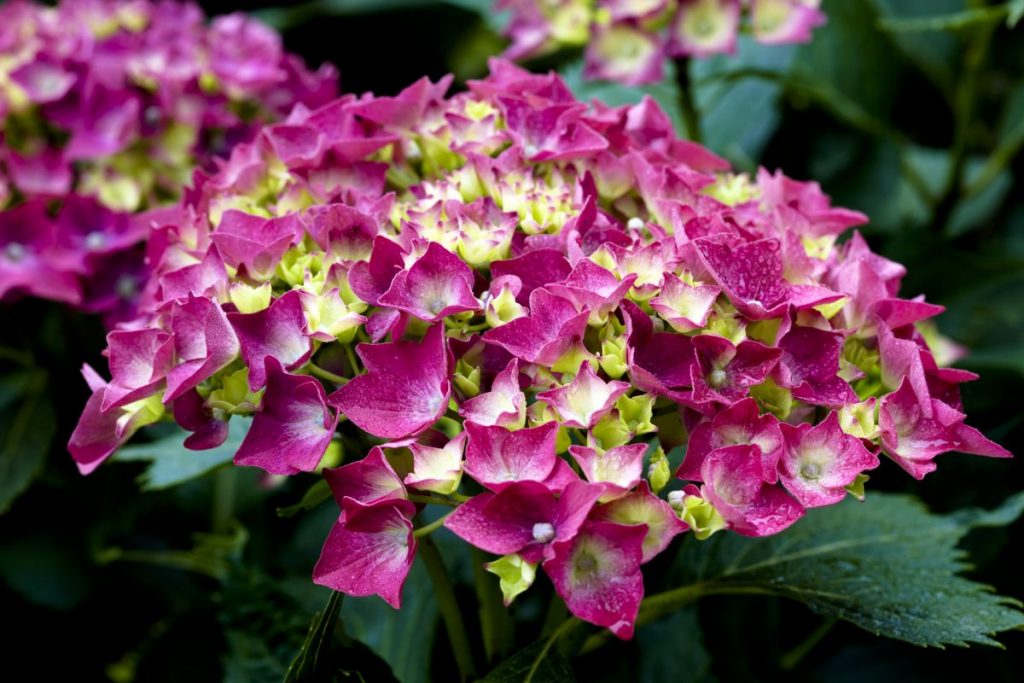 How to Plant a Hydrangea

Before you plant, make sure your spot has adequate light. Though some people think of hydrangea as shade plants, they actually prefer full sun in the morning and afternoon shade, though partial shade will also work for many varieties. You will need to dig a hole as deep as the root ball of your plant and about three times wider to help the roots spread out. Water deeply after planting. If you are planting multiple hydrangeas, space them at least three feet apart, so they have room to grow. 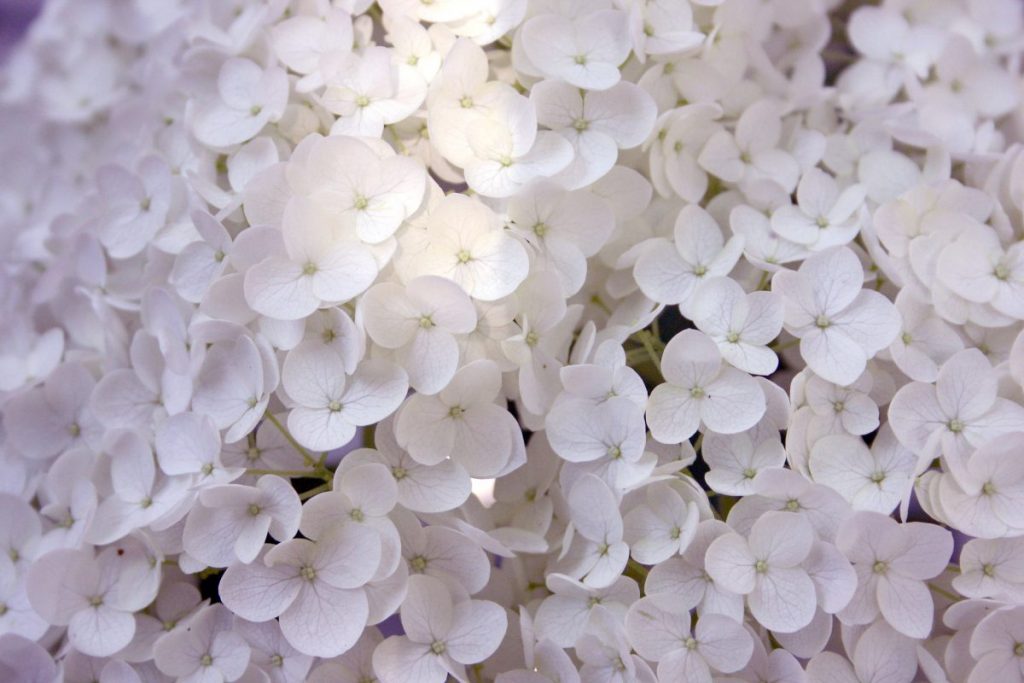 Did you know that flowers can be like a secret code? In many cultures, each flower had a special understood meaning. When a person gave a bouquet to someone else, it was like giving them a secret message.

In Japan, where hydrangeas were first cultivated, one would include a hydrangea in a bouquet to convey gratitude or as an apology. However, in Victorian England, where the language of flowers was very well-known, hydrangeas symbolized boastfulness or vanity. 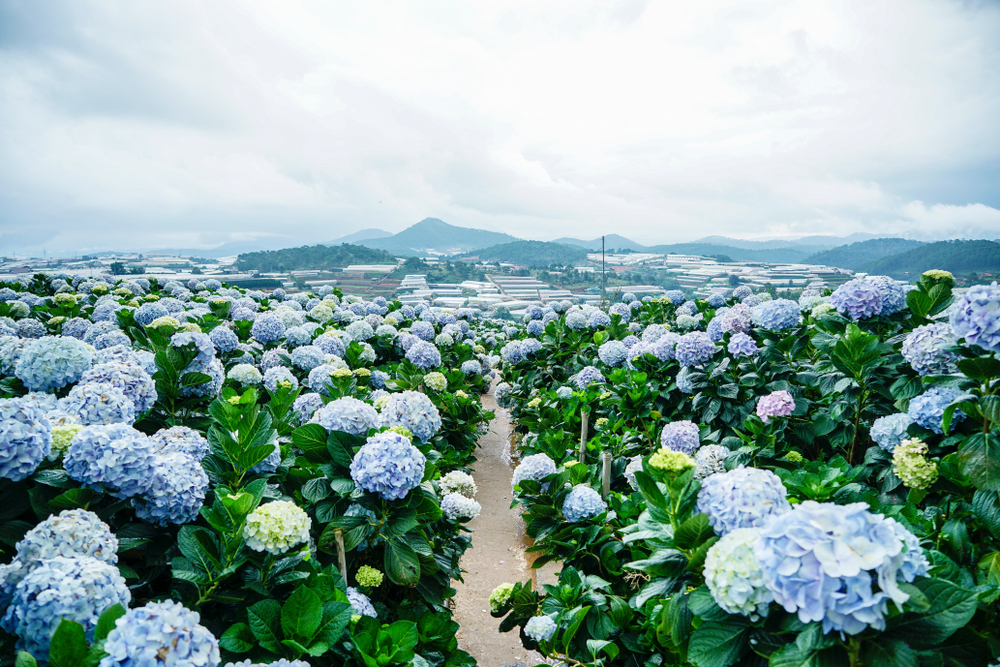 Today, most people associate hydrangeas with heartfelt emotions. Different colors can be used to indicate the emotion being conveyed, such as pink for love, blue for forgiveness, and white for purity or grace. However, it's not a bad idea to combine hydrangeas with other blossoms that have clearer meanings to make sure your point comes across the right way. 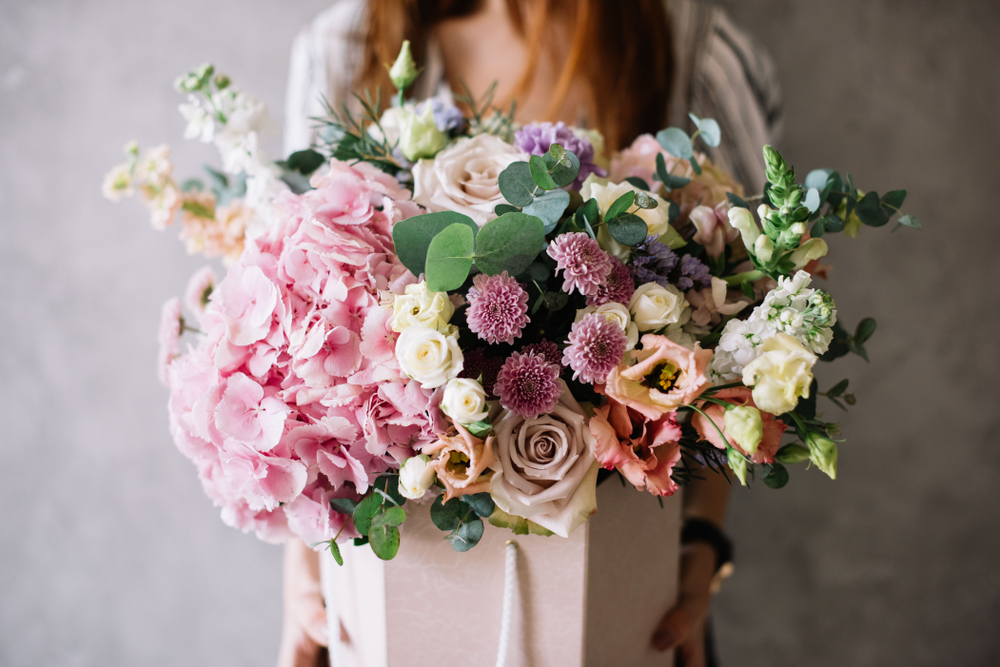