Get In the Garden With Rhododendrons

There's nothing quite like walking through a quiet path in the woods in late spring surrounded by rhododendrons in full bloom. These shrubs are some of the most favored by gardeners throughout North America because of their glossy green foliage and their showy spring blossoms. With thousands of varieties boasting fragrant blooms in an array of colors, there is probably a rhododendron that would work perfectly in your own yard.

The name Rhododendron comes from two Greek words: "rodon," which means rose, and "dendron," which means tree. If you've ever seen a rhododendron shrub in full bloom, you can understand the inspiration for such a name. Rhododendrons are from the family Ericaceae, which also includes other flowering beauties like heathers and mountain laurels, as well as many plants that produce edible fruit including blueberries, cranberries, and huckleberries. 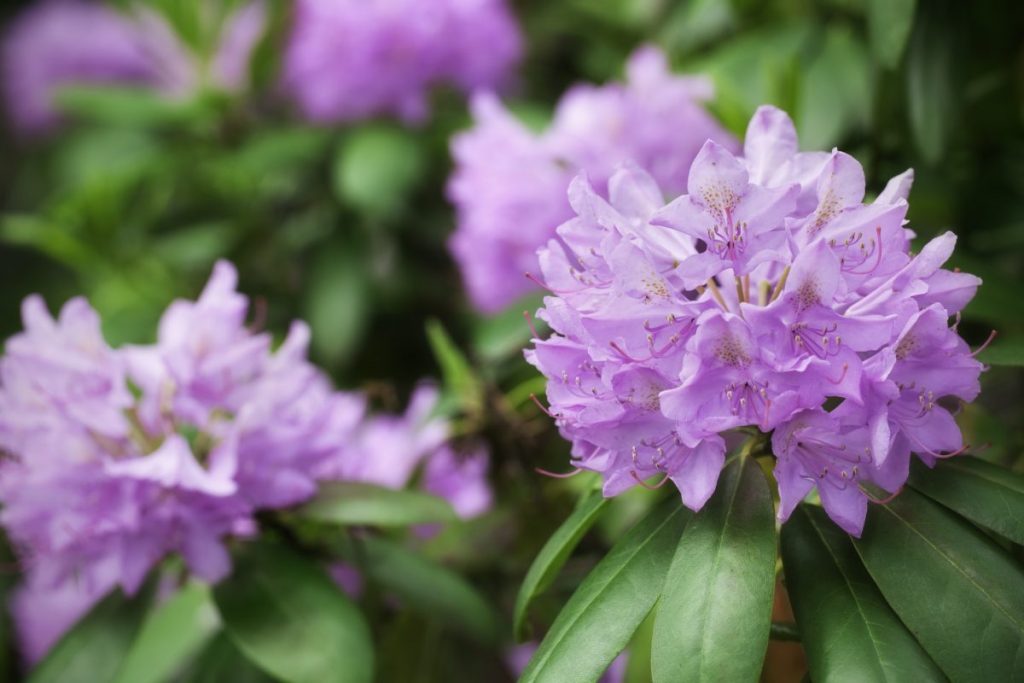 Rhododendrons are sometimes nicknamed "The King of Shrubs" since they flourish in temperate climates. In fact, many gardeners consider them one of the top best flowering evergreen plants for temperate zones. There are over 1,000 species of rhododendron, many of which are found in Asia, though they are also widespread throughout North America, especially in mountain settings. However, the first formal description of the rhododendron came from a 16th century Fleming botanist, Charles de l'Écluse, who is sometimes credited with discovering the plant after he described a European species. 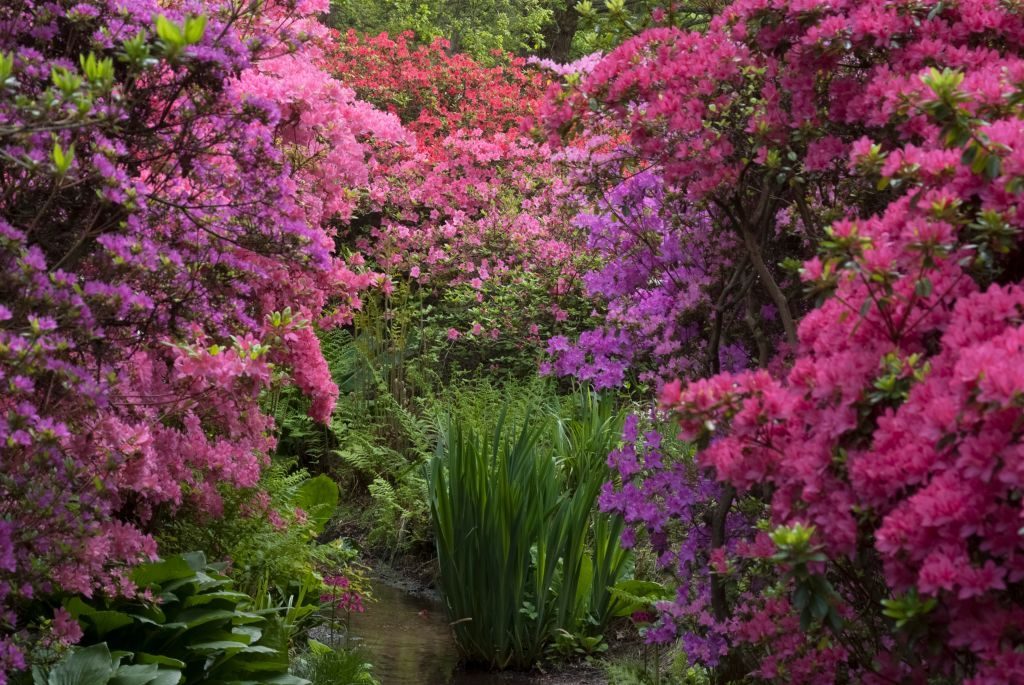 Rhododendrons grow native in many parts of the world, including Asia and North America, but they were first brought to England in the 1600s from the European Alps. Thus, the English first called rhododendron the "Alpine rose." After the colonization of North America, however, many native species were brought back to England by explorers where they became popular in European forests and woodlands. The Royal Horticultural Society of the United Kingdom now recognizes more than 28,000 rhododendron cultivars. 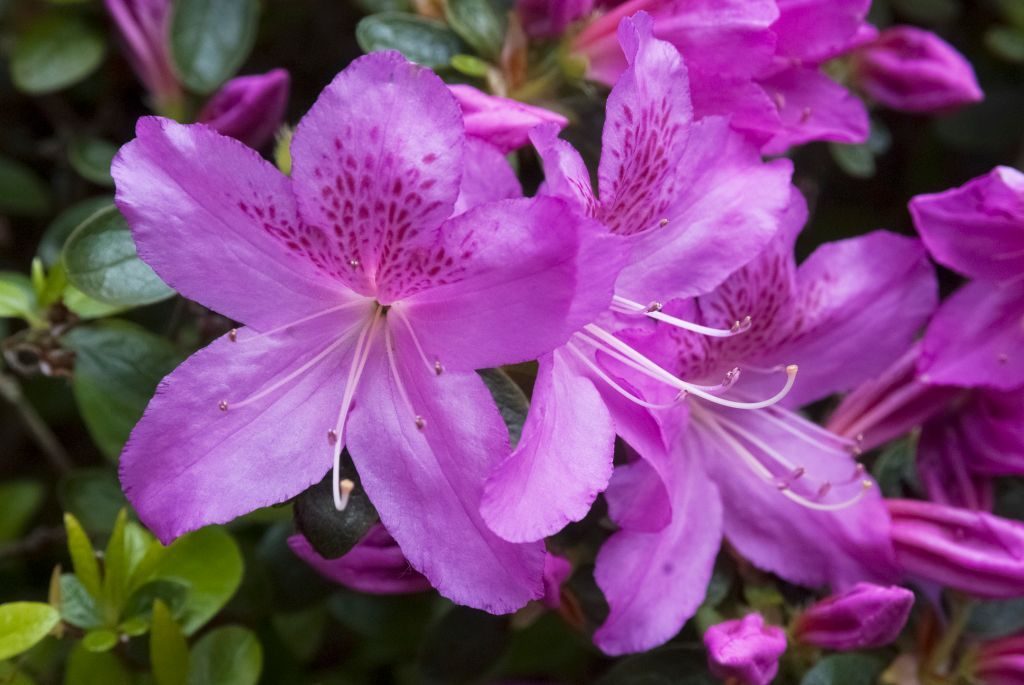 Rhododendrons Around the World 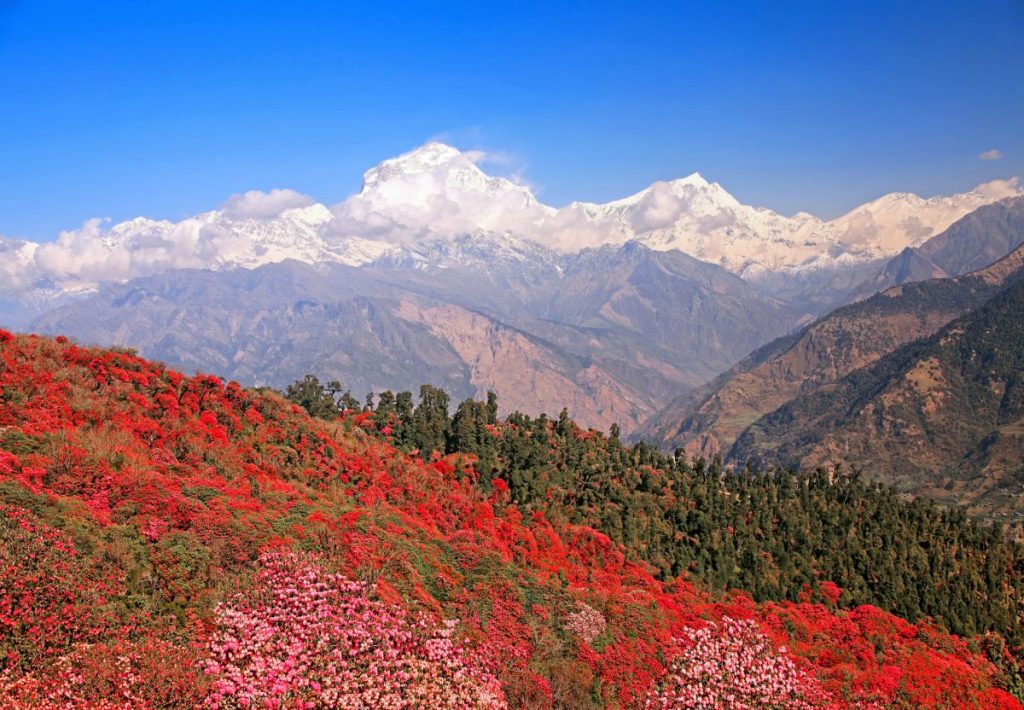 Rhododendrons exhibit great diversity in color, shape, and size. There's everything from tall, tree-like rhododendrons to compact, bush-like shrubs. Though most are evergreen, some are deciduous. Some of the most popular types for gardens include:

There is also a group of about 300 species called vireya rhododendrons. These unusual plants, which sometimes grow as epiphytes, thrive primarily in the warm, tropical climates of southeastern Asia. 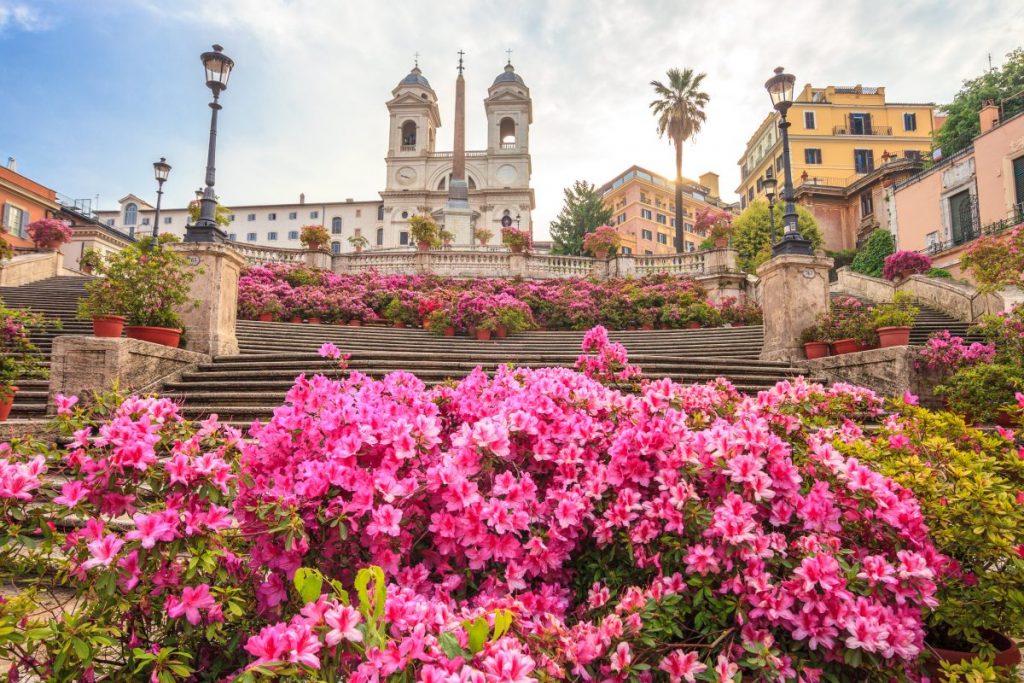 With such diversity, it's hard to provide guidance for growing every type of rhododendron. However, for species grown in North America, the following advice generally applies: 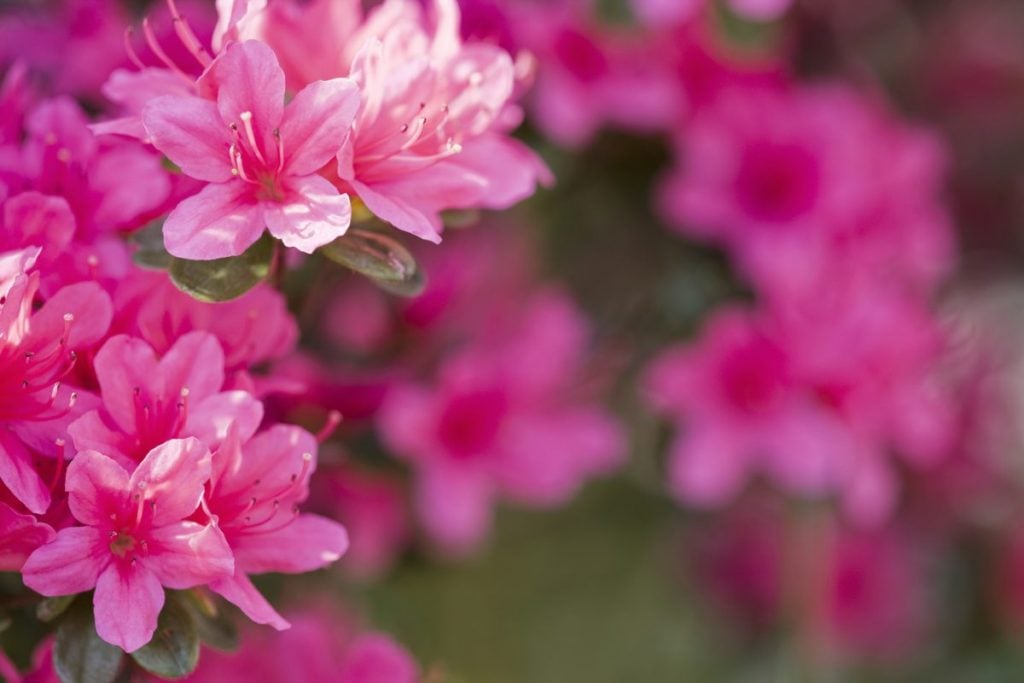 Before planting a rhododendron, make sure you have chosen a spot with well-draining acidic soil and adequate sunlight. Full shade won't provide enough light for rhododendrons to thrive and bloom to their greatest potential. Mix plenty of compost or peat moss into your planting soil for great nutrition. Also, keep in mind that rhododendrons have shallow root systems and can dry out easily. Keep the soil moist and use mulch around the top of the root ball to avoid drying. 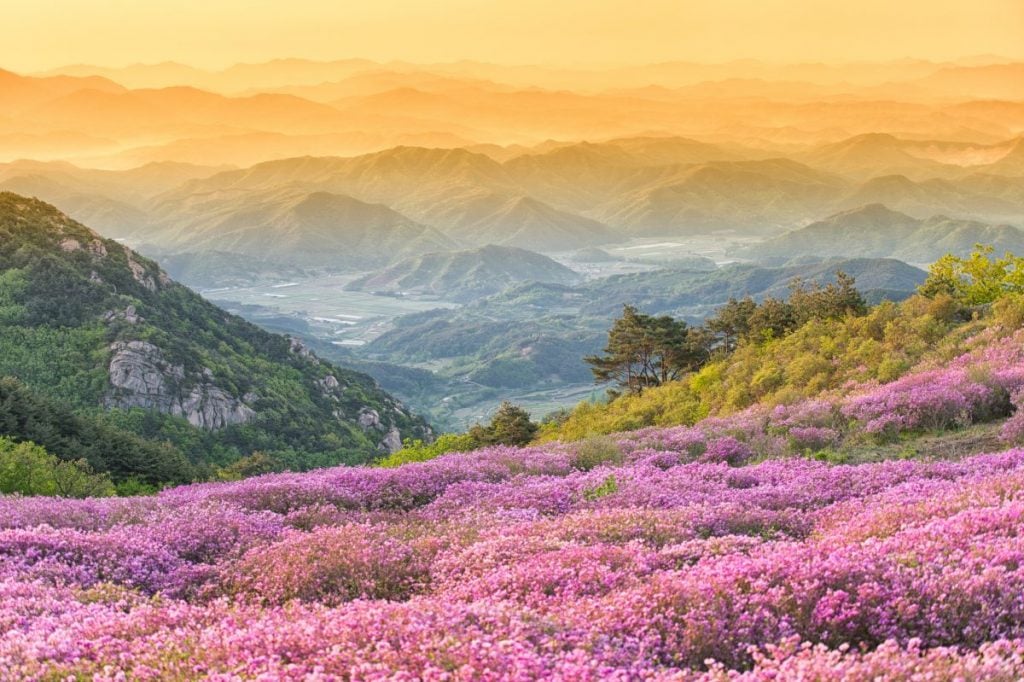 Planting and Caring for Rhododendrons

Once you've decided to plant, the best time to get the roots in the ground is in spring or early fall. Depending on what cultivars you select, you may need to provide as little as two feet and as much as six feet between each plant based on their estimated mature size. Prepare by digging a hole as deep as the root ball and two times wider. The top of the root ball should slightly stick out of the hole by about an inch. This helps improve drainage and prevents root rot. Make sure to cover the root ball with mulch to keep it from drying out and to protect it during the winter. 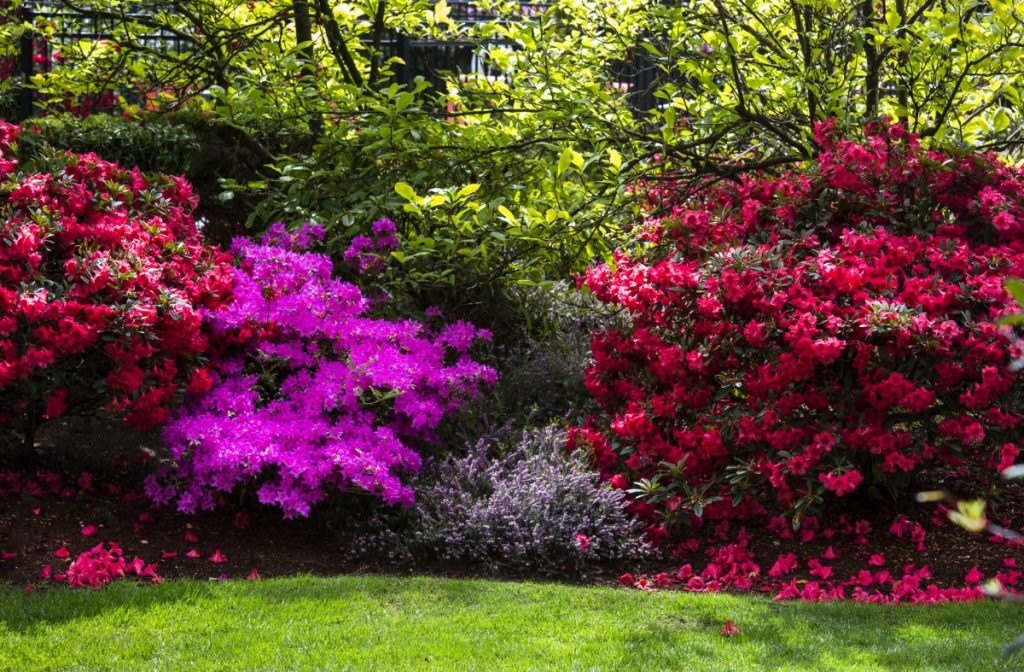 Once your rhododendron is happily in the ground, keep the roots protected by refreshing your mulch every spring. Use pine bark chips or pine needles, which these acid-loving plants prefer. Make sure not to pile the mulch up against the trunk to prevent rotting. In general, rhododendrons should only be fertilized sparingly, and usually shouldn't be pruned at all. If you need to reduce their height, make sure to prune after they flower to avoid cutting off the buds. 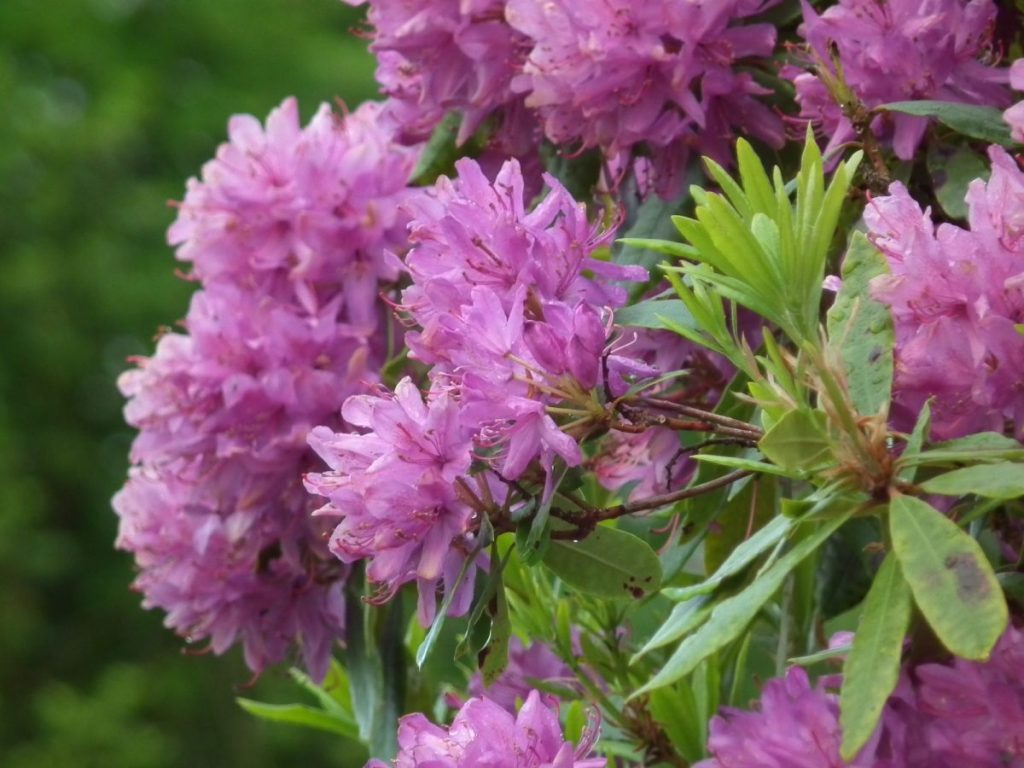 Rhododendron can have several meanings in the language of flowers. The positive meaning is very sweet; it conveys the sentiment "everything is better with you" when given to a loved one. During a memorial service, it represents positive memories of the deceased. However, in Victorian flower language, rhododendron meant "caution" or "danger." This is because rhododendrons contain a powerful toxin and are not edible plants. They can even be deadly if someone eats them in large amounts or consumes honey made from them, so watch out especially for children and pets. 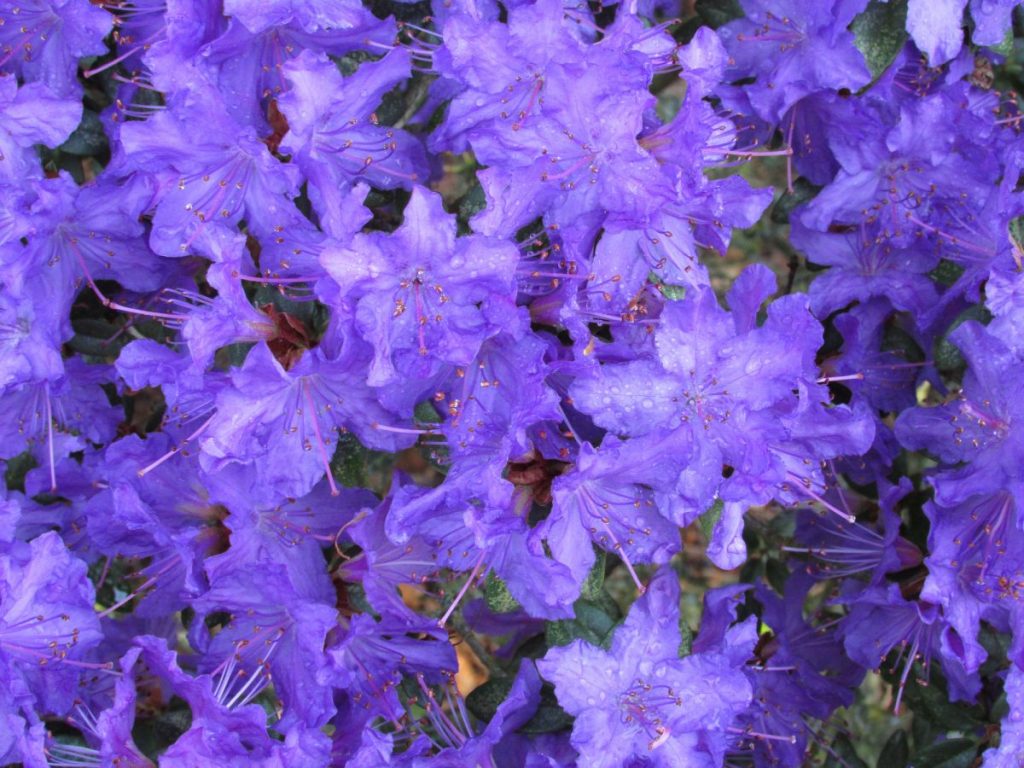