Different Types of Bromeliads and How to Care for Them

There are thousands of bromeliads. Some look like aloe, and others look like common grass. While flowers are possible, it is not a guarantee, as some of these plants don't blossom, or others only blossom once before dying. Bromeliads are exotic and can bring a touch of the tropics in your home. The beauty is that they are typically low maintenance and easy to grow. There are many to choose from; it just depends on how much room you want to give them.

There are three basic types of bromeliads: saxicolous, terrestrial, and epiphytic. Saxicolous bromeliads grow in rocks. Their roots find water and nutrients in the cracks and fissures, and they tend to grow on sheer cliff faces. Terrestrial species grow in the ground, like regular plants, and you can find them in a variety of areas, such as on beaches or shaded forest floors. Epiphytic bromeliads grow on other plants and even on telephone lines. They get their nutrition and moisture from the atmosphere, so they aren't considered parasites. 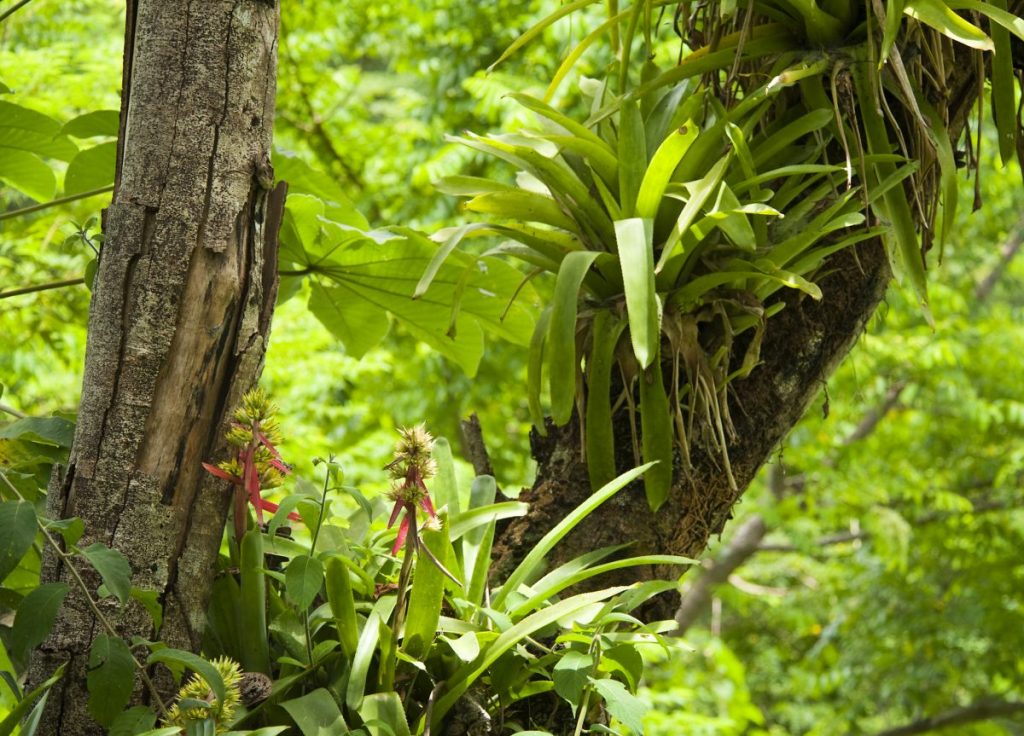 Bromeliads love sun and shade. However, if you're planning to grow them, pick a spot that's both humid and shaded enough to provide shelter from direct sunlight for certain periods. Depending on the type, if you live where humidity is less than 60 percent, mist dry leaves before sunrise. These plants are used to drought conditions, so having too much water is a problem. 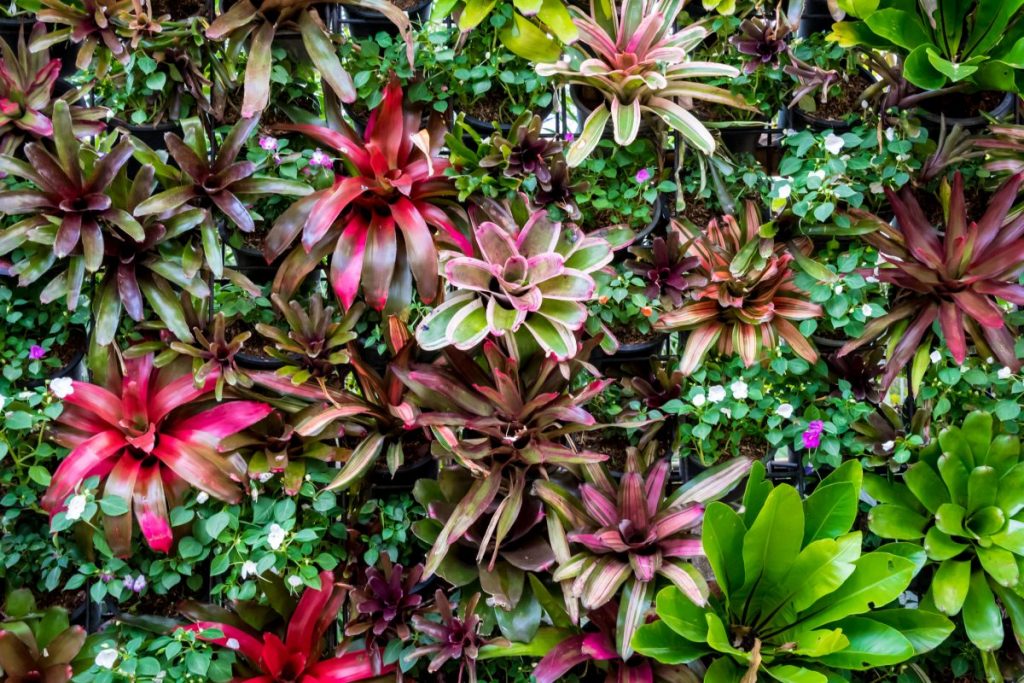 Whether planting in containers or in the ground, there are a couple of reasons why drainage is a big deal. Firstly, too much moisture leads to rot. To avoid this, water them when the top two inches of the soil is dry. Secondly, when you do water them, give them enough to flush out the built-up salt that's in their reserve tank, which is that cup-like leaf formation. Watering the tank prevents stagnation and keeps the plant moist. 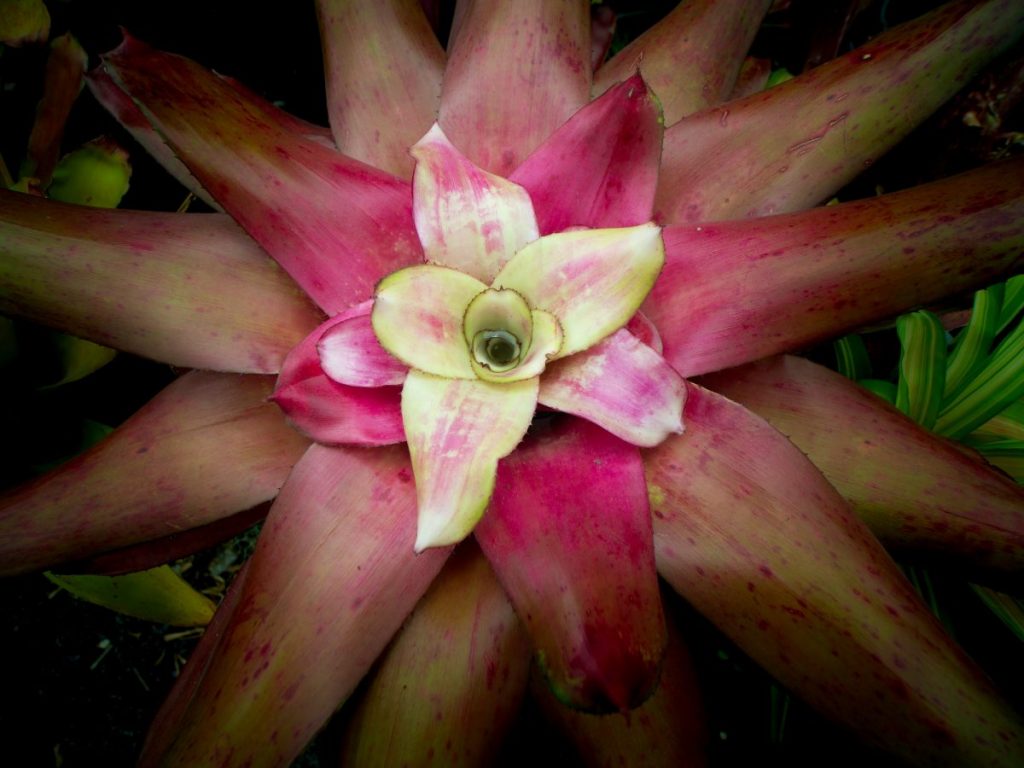 The pot you choose, along with climate, make a big difference in how your plant survives and the vessel it inhabits. Never use metal for bromeliads, even when watering them, because it is toxic to the plant. For indoor or arid outdoor areas, plastic containers are better at keeping the plant moist. For more humid environments, unglazed clay is porous enough to avoid over-hydration. As far as soil, most stores have mixes formulated for bromeliads. 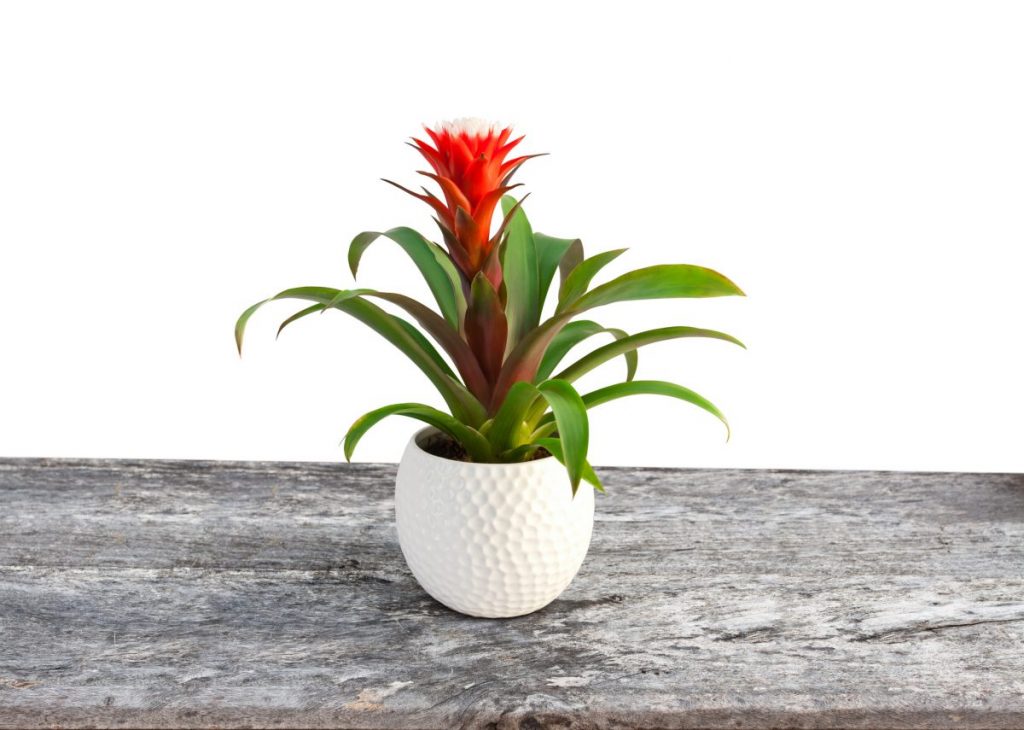 Also called air plants, Tillandsias are the largest genus in the Bromeliaceae family with over 650 species. There are epiphytic and saxicolous types spread across northern Mexico, the southeast U.S., the Caribbean, and parts of South America. Tillandsias have distinctive leaf rosettes that come in varieties of red, yellow, pink, and purple. As a house plant, they tend to be low maintenance, requiring just a few days of watering and light shade, depending on the climate. 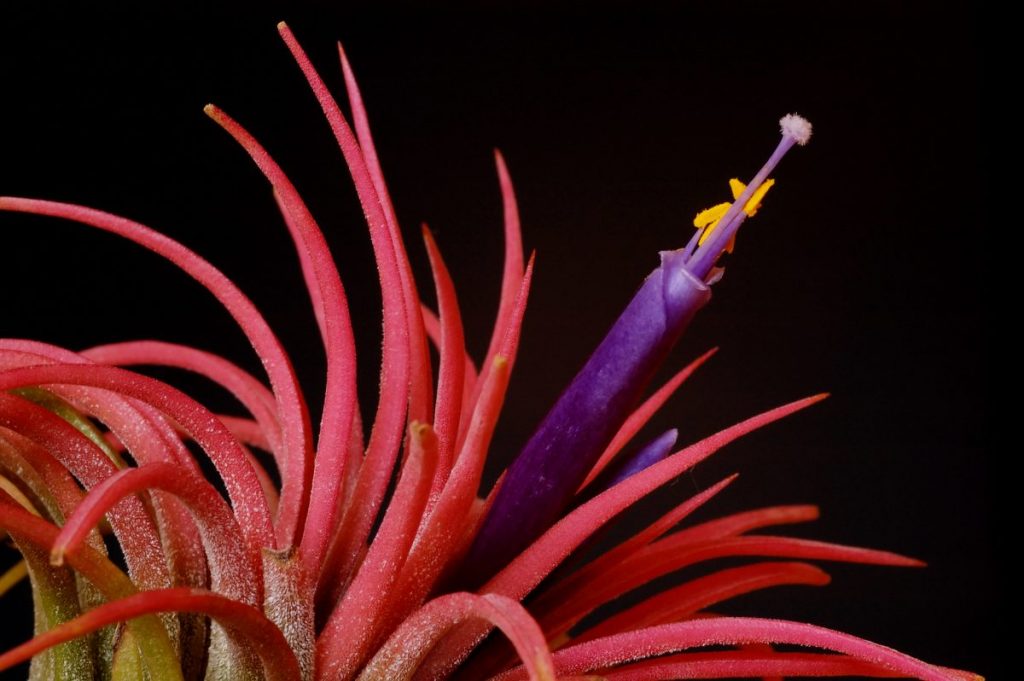 One of the more popular epiphytic Tillandsias is Spanish Moss. It is basically a flowering plant with a mass of scaled leaves. Legend has it that it is actually the hair of a mean man that got caught in the trees. Commercially, it was used to stuff mattresses, as mulch, for packing material, and as building insulation during the early 1900s. In more modern times, Spanish Moss is used to make inexpensive evaporated coolers for businesses and homes in the southwestern U.S. 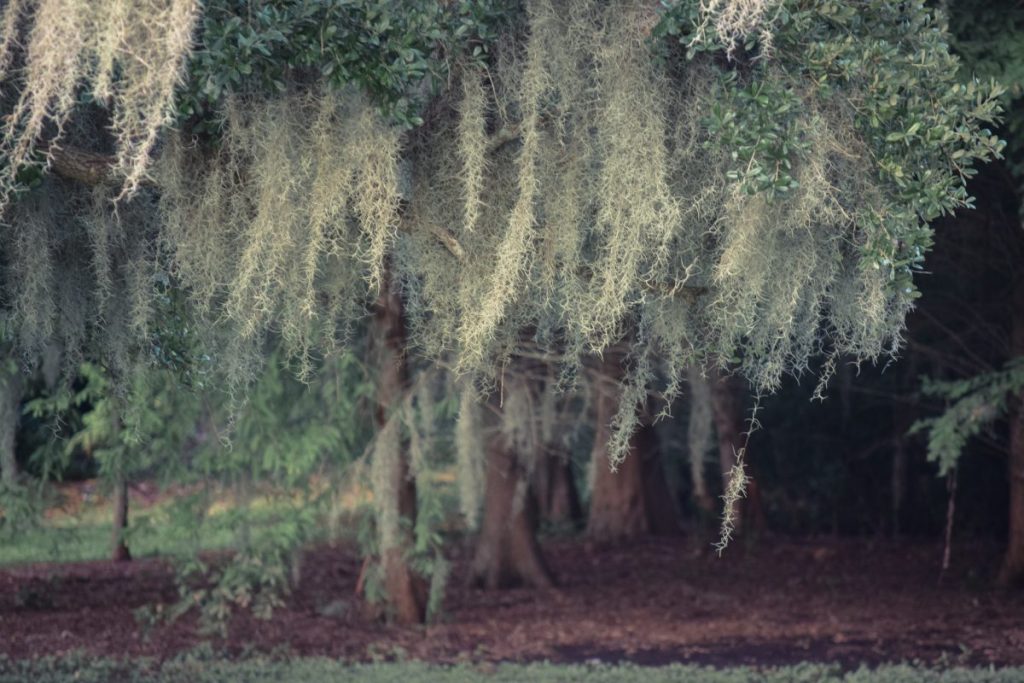 Aechmeas have rosettes that are tight and overlapping, making it look like a flowery burr. They have a well-designed tank system, prefer to live in a vase full of water and to be in filtered sunlight. Named for a Dutch botanist, Vrieseas are indoor gardening staples. Most are epiphytic, and they prefer more humid tropical locations. Neoregelias keep their bright colors all year as long as they enjoy warm temperatures, shaded light, and good drainage. 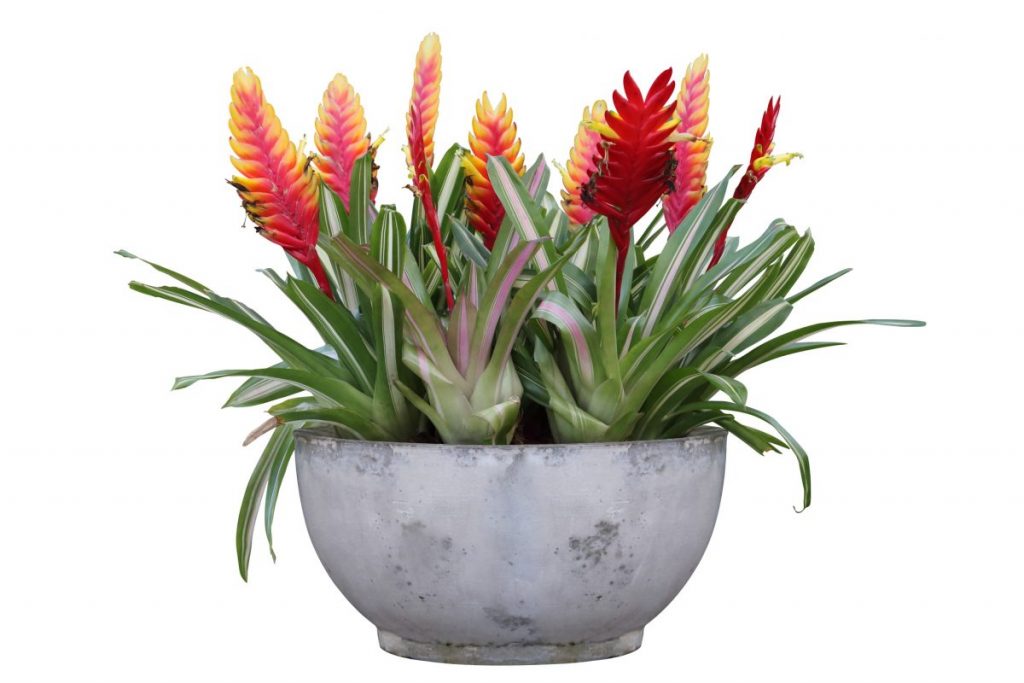 Known as Queen of the Andes, Puya Raimondii is the largest known terrestrial bromeliad species. First described in 1830, it's native to the Bolivian and Peruvian Andes, growing to approximately 50 feet tall. During its 80-year reproductive cycle, it can produce up to 20,000 flowers in a three-month period. It is an altitude plant that grows at levels between 9,900 and 26,000 feet as well as at sea level if the climate is temperate enough. As of 2009, it was put on its endangered list due to its fragmented population, succumbing climate change, man-made fires, and weakening genetic diversity. 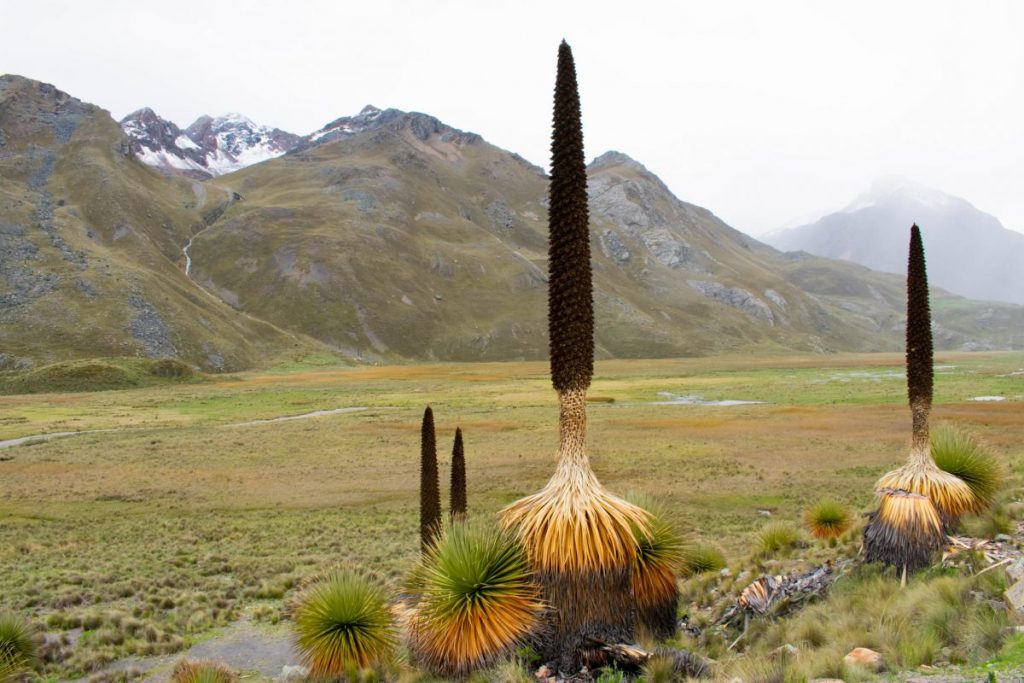 Pineapples are one of the world's most prominent bromeliads. They are the only bromeliad whose fruit is sold commercially. The plant's true origin is not known, but it is said to be native to southern Brazil and Paraguay and eventually spread to the Caribbean, Central and South America, and Mexico. As of 2017, there were 27.4 tons of the fruit on the market. Costa Rica, Philippines, Brazil, and Thailand were the largest commercial producers, accounting for nearly 40 percent between them. 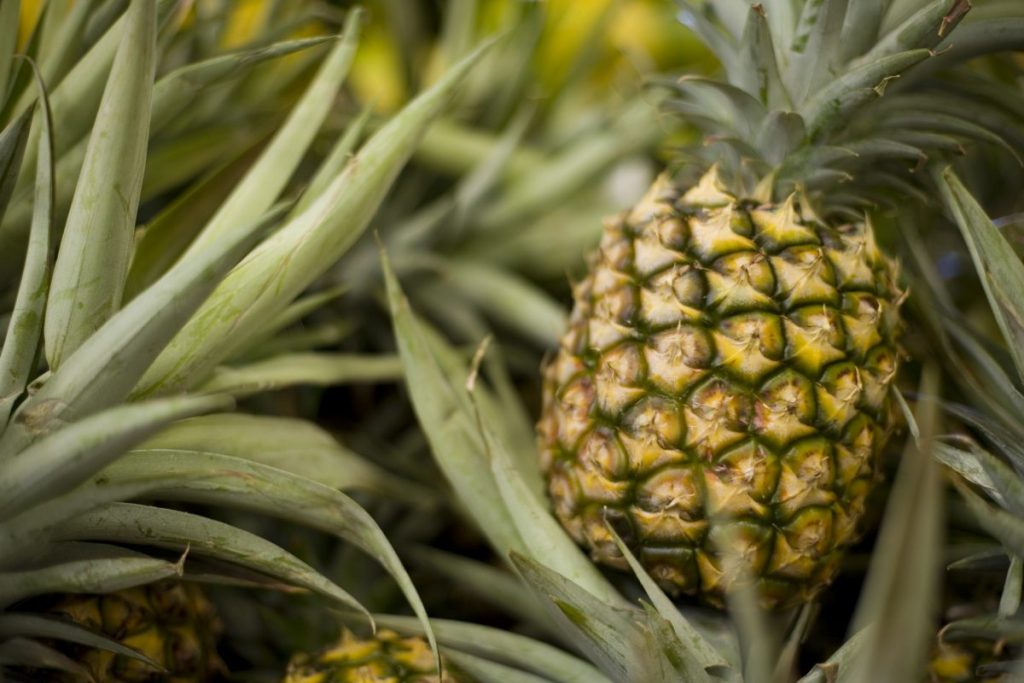 You can grow bromeliad Ananas indoors as well as outdoors. Take out the tuft at the top of the fruit and dry it for a couple of days. Use a light sandy mix to plant the top, up to the base. You need to give it a lot of water and plenty of indirect sunlight. Keep it moist, and it should start rooting in six to eight weeks. Pineapple plants are slow-growing, taking about two to three years to flower, and if they are indoors, their fruit will be small, but edible. 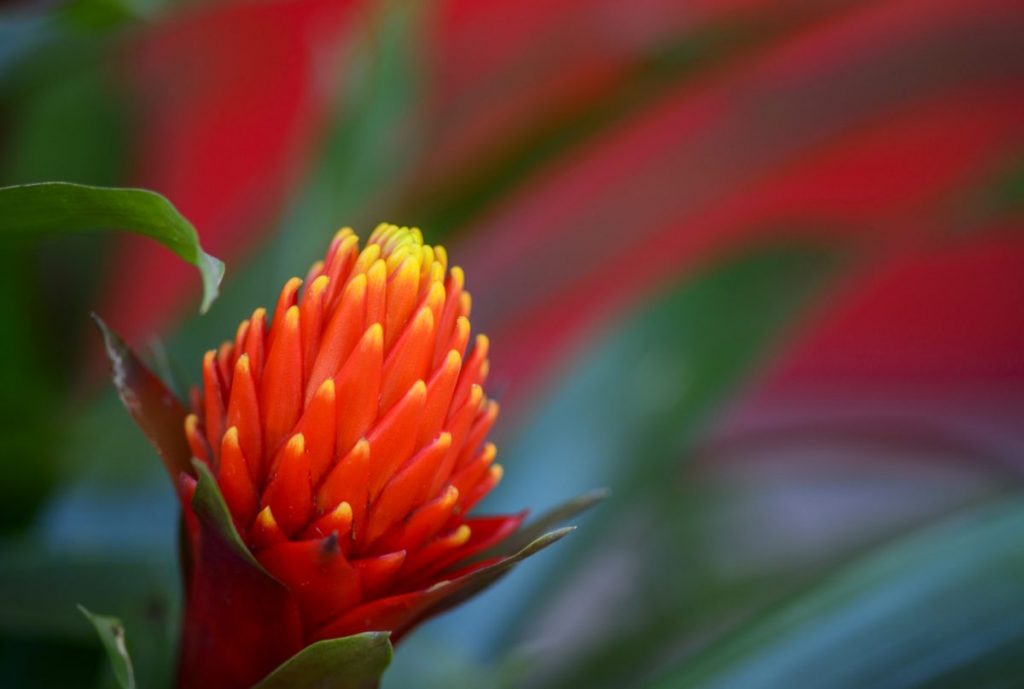