Beautiful Carnivorous Plants for Any Garden

Around the world, carnivorous plants have made their way out of the swamps and into millions of gardens and homes. Their striking shapes and colors are beautiful, but it’s their unique feeding methods that give carnivorous plants their odd allure. Most of these plants are easy to grow with the right setups, making them fantastic choices for any home or garden.

The cobra lily, also known as the California pitcher plant, looks like it almost belongs on another planet. Its unique leaves rise from the base and rear back like a cobra waiting to strike. While they rarely flower, cobra lilies have an eccentric beauty that is unlike any other plant. They can be challenging to care for, as they require warm temperatures, full sun, and cold water. However, if you’re willing to take on the challenge, you’ll find cobra lilies make incredible additions to your plant collection. 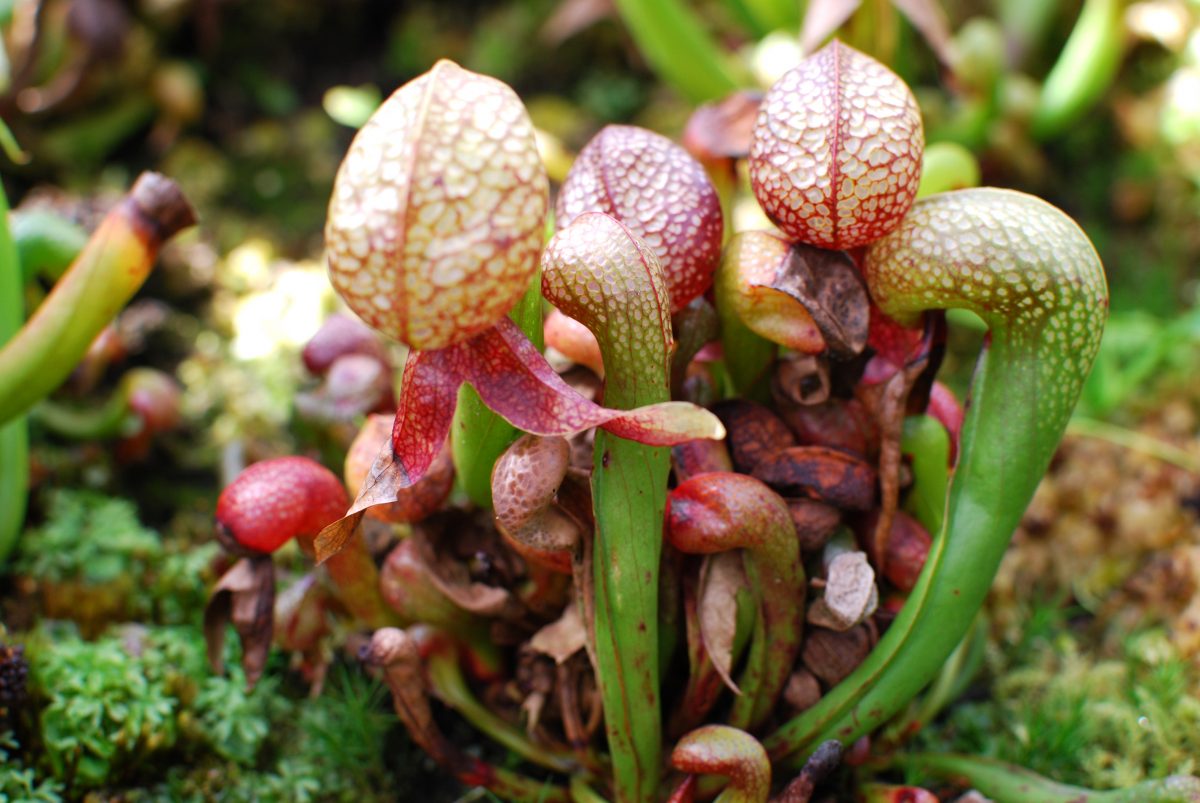 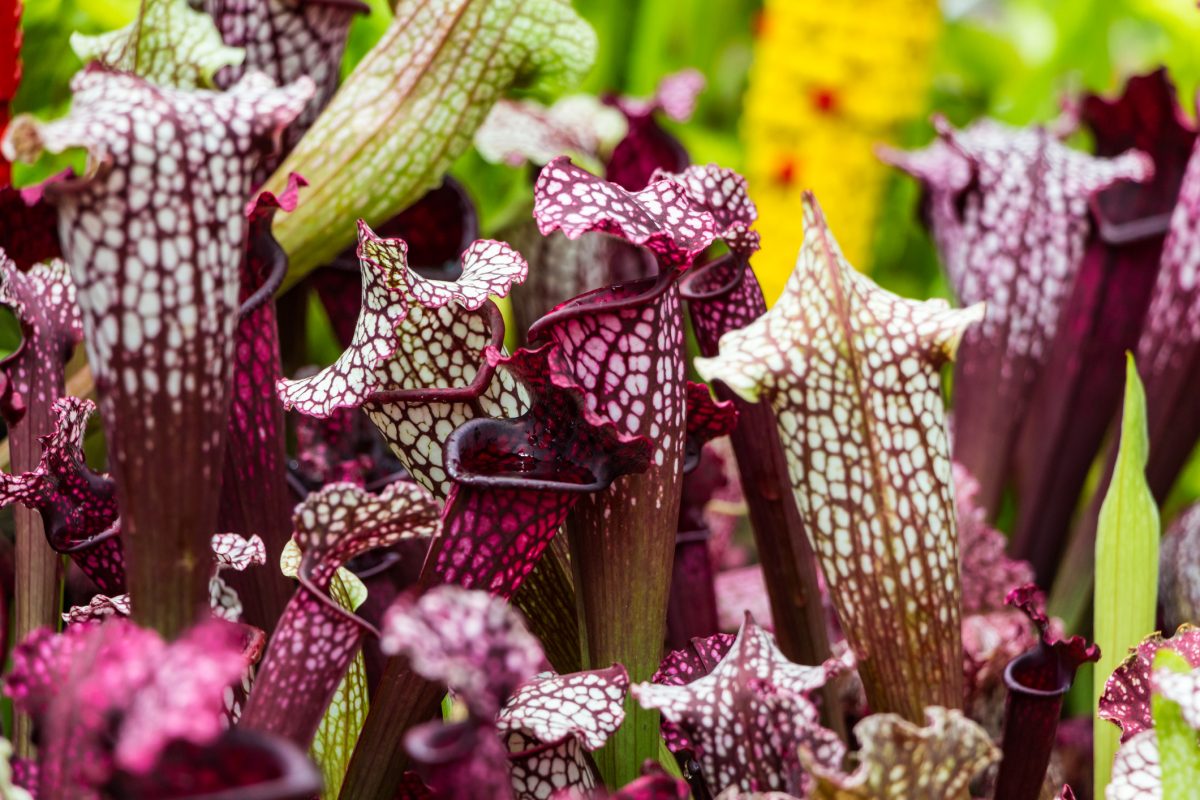 When it comes to carnivorous plants, none are as recognizable as the Venus flytrap. Using its unique clasping leaves, the plant captures insects to use as nutrients. Like most carnivorous plants, Venus flytraps are fairly self-sufficient and can eat everything from flies to crawling insects like ants. If you’re growing your flytrap indoors, use tweezers to feed it insects directly. Some people believe that watering Venus flytraps with beef bouillon or similar proteins adds extra nutrients. This can cause mold to form, which can damage or even kill the plant. 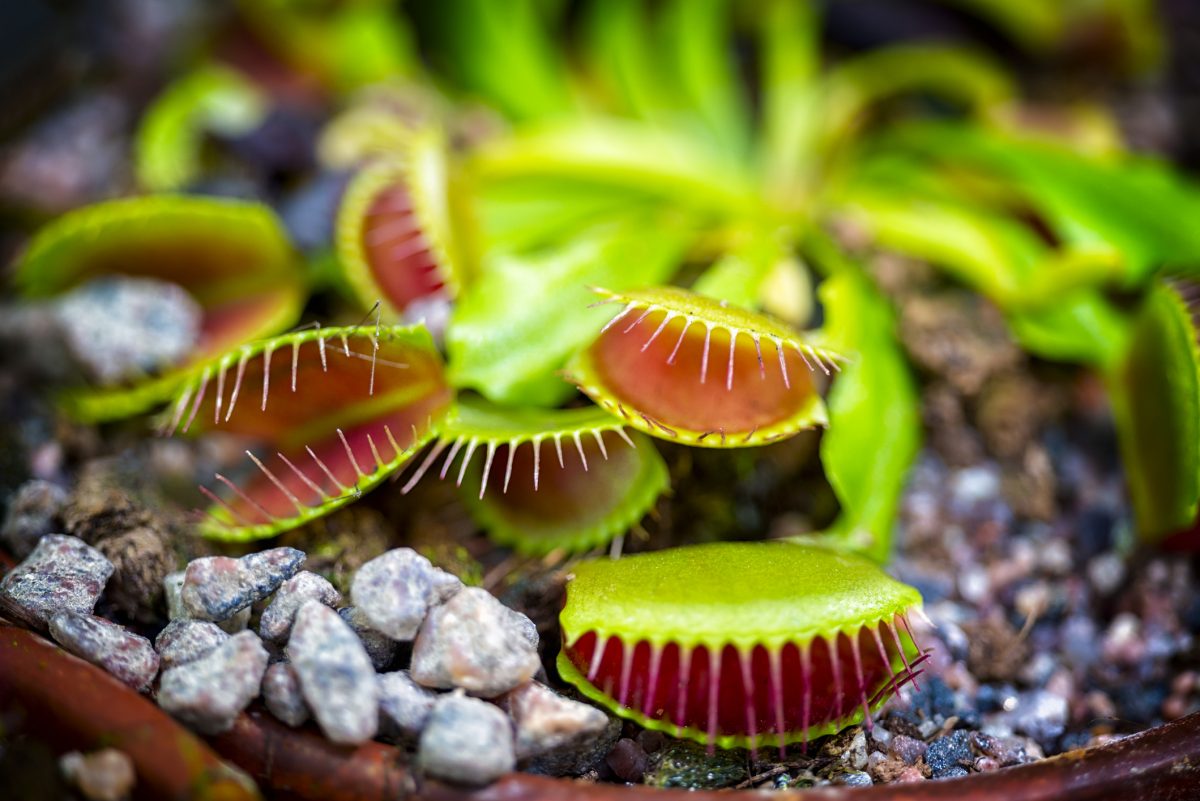 People who prefer a more classically beautiful carnivorous plant should look no further than the butterwort plant. In spring, butterworts bloom with cute pink, purple, yellow, or white flowers. Growing butterworts outside is best if you live in a temperate or warm climate. While you can grow butterworts indoors, they need a steady supply of insects to stay healthy. Butterwort plants are relatively self-sufficient, but they still require moist or wet soil and sun to partial shade to thrive. 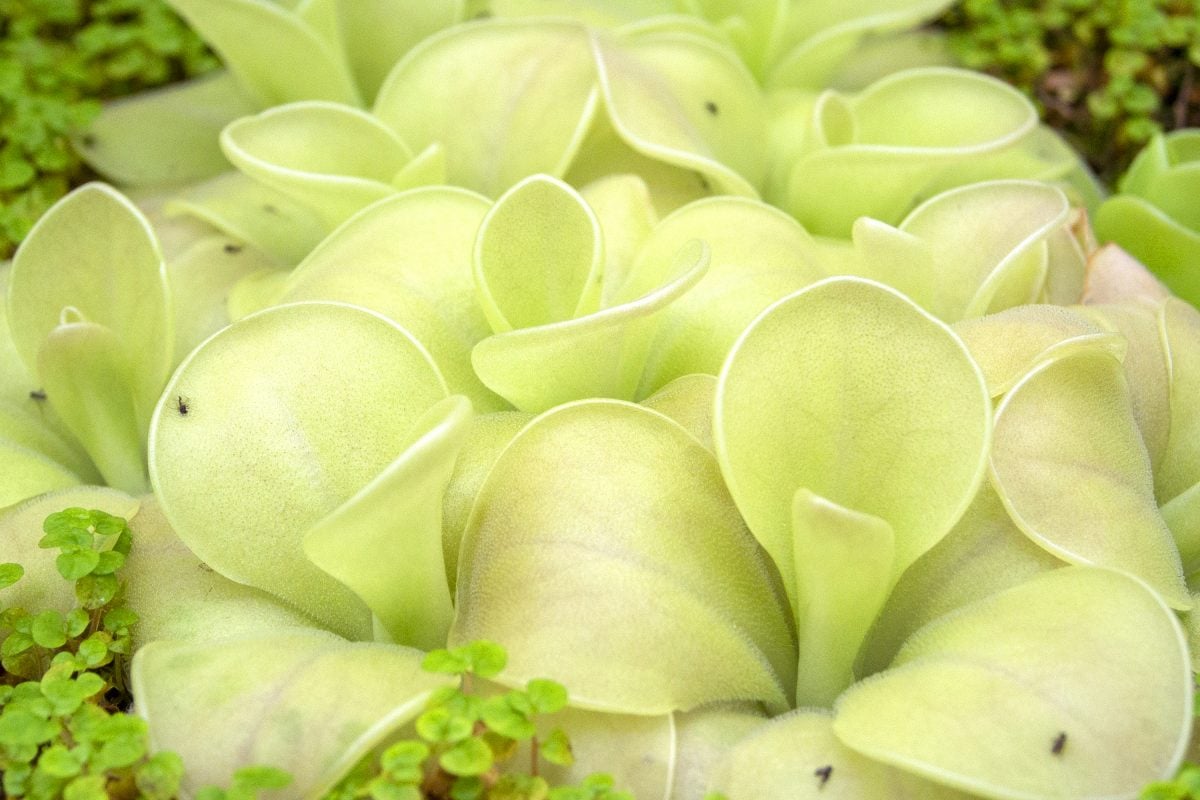 Also known as tropical pitcher plants, monkey cups grow primarily in eastern countries. Monkeys sometimes drink rainwater from the pitchers, giving this plant its distinctive name. Certain species of monkey cups grow two types of pitchers. One pitcher sits low to the ground while the other sits higher on the plant. Some experts suggest that each pitcher may attract a different type of prey. With proper care, monkey cups can grow to immense sizes, meaning that indoor terrariums may not be the best fit. 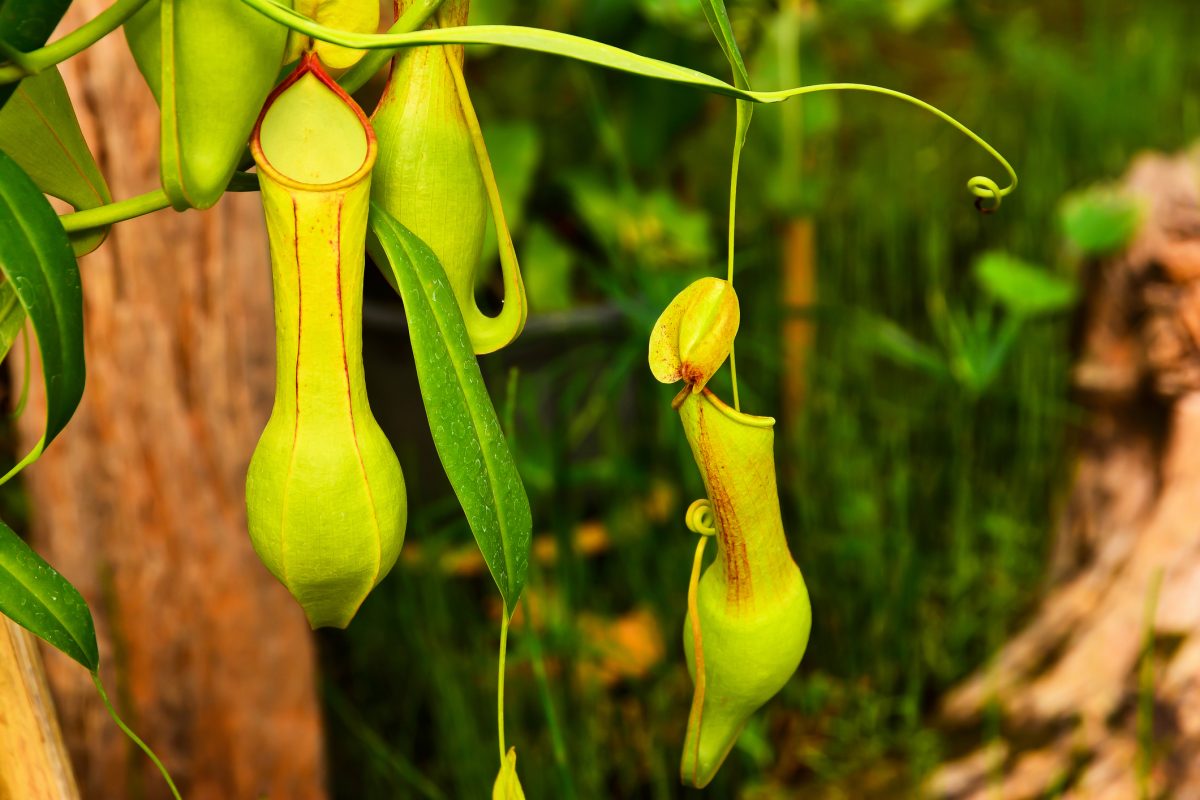 Most pitcher plants are fairly similar, but sun pitchers have some distinct traits that separate them from the others. Pitcher plants harness a unique protective hood to prevent excess rainwater from filling the pitcher. However, sun pitchers have a small slit that lets out just enough water to prevent overfilling while maximizing the efficiency of the trap. Instead of a large hood, sun pitchers instead have a small nectar spoon that attracts insects. As the insects fight over the spoon, its small size causes them to fall into the pitcher trap below. Sun pitchers also have some of the most beautiful flowers among all pitcher plants. 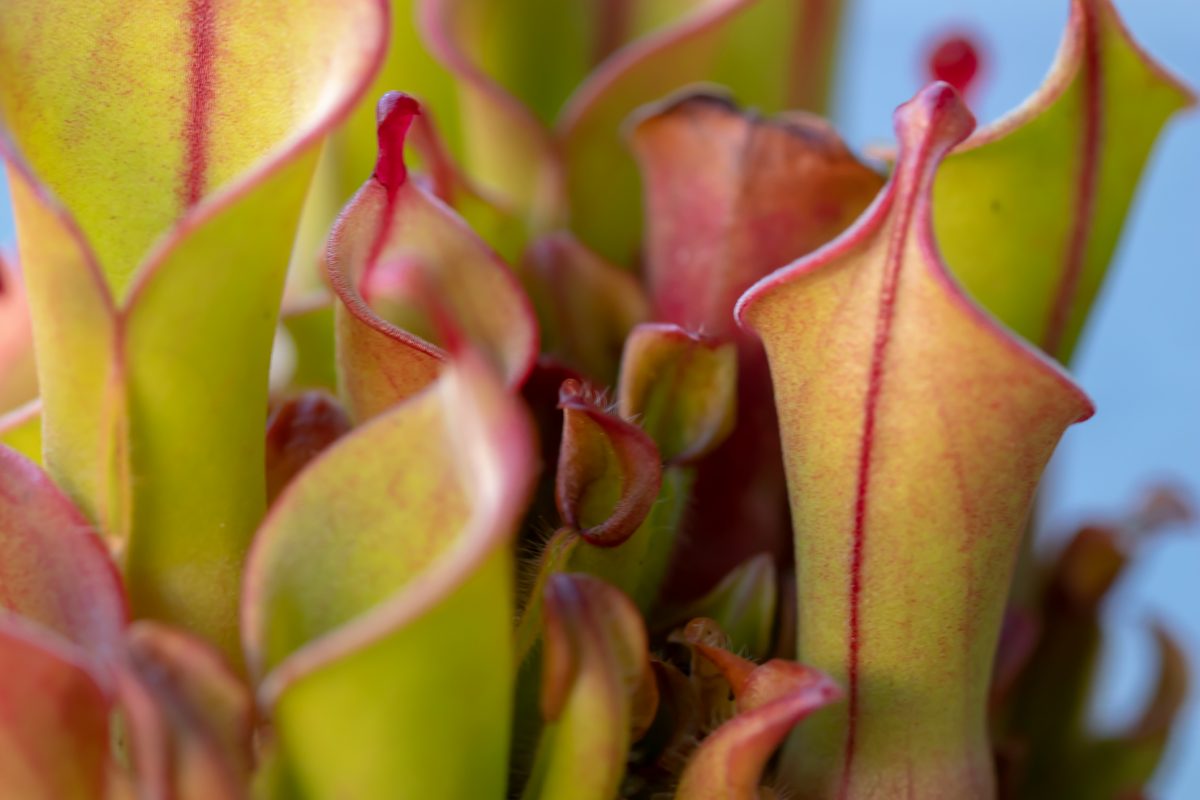 Carnivorous plants are incredible because there are so many different varieties that grow in interesting ways, including in an outdoor pond if you happen to have one. Big floating bladderworts feature bladder-like traps along their long stems. Once an insect stimulates the hairs outside the bladder, the trap opens and sucks the insect inside. In addition to this unique feeding system, most bladderworts are almost entirely aquatic. If you’re growing them outside, you may need to protect your pond from freezing over in the colder months. 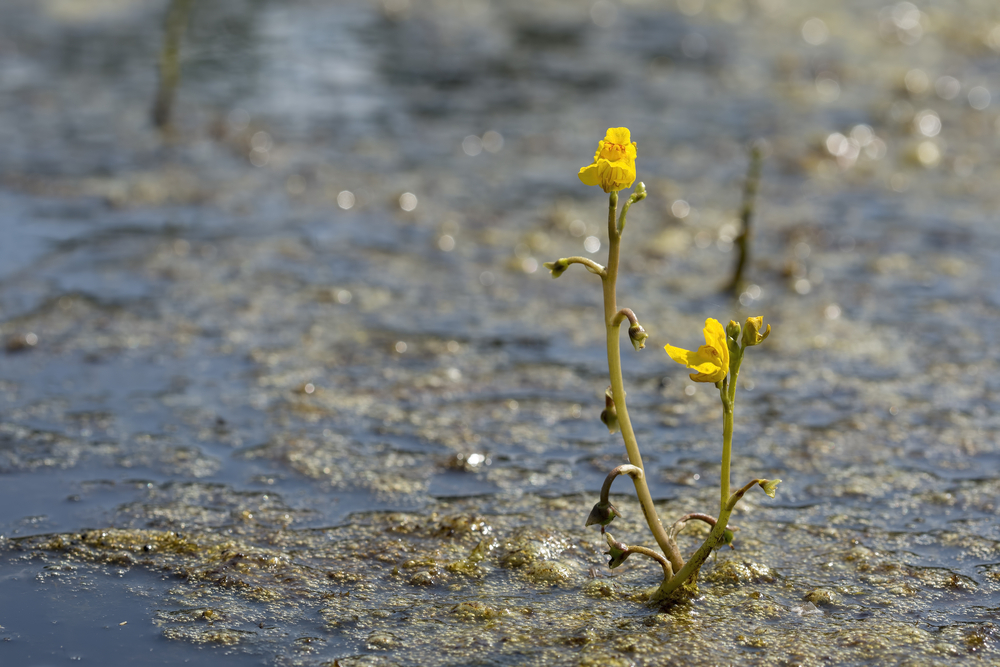 Tons of varieties of carnivorous plants have eccentric appearances, but Australian sundews look downright alien. These extraordinary plants grow long, glandular tentacles with drops of “dew” that attract and ensnare small insects. Sundews are a diverse genus, and each species has a different appearance and specific needs. Rosetted subtropical sundews and pygmy sundews are among the most striking and easiest to care for. 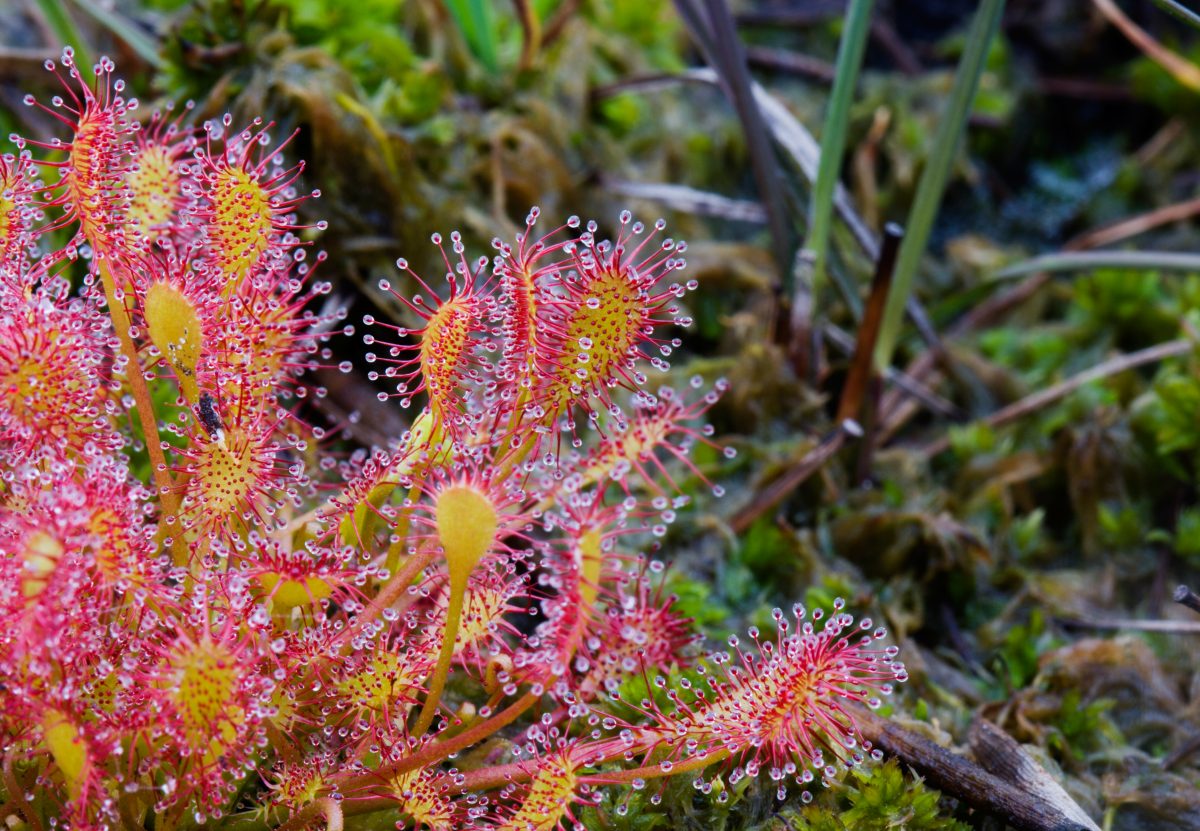 Carnivorous plants have evolved to eat insects because their native soil lacks nutrients like nitrogen. Because of this, planting carnivorous plants in potting soil is sure to damage or kill them. Instead, plant them in a soil mixture of sphagnum peat moss and horticultural sand. Avoid “contractor’s sand” or any sand that contains silt, clay, or other minerals. Certain species of carnivorous plants, like fly traps, prefer a bit more sand while others require more peat. Plastic pots are best for most plants as terracotta plants can leach out minerals over time. 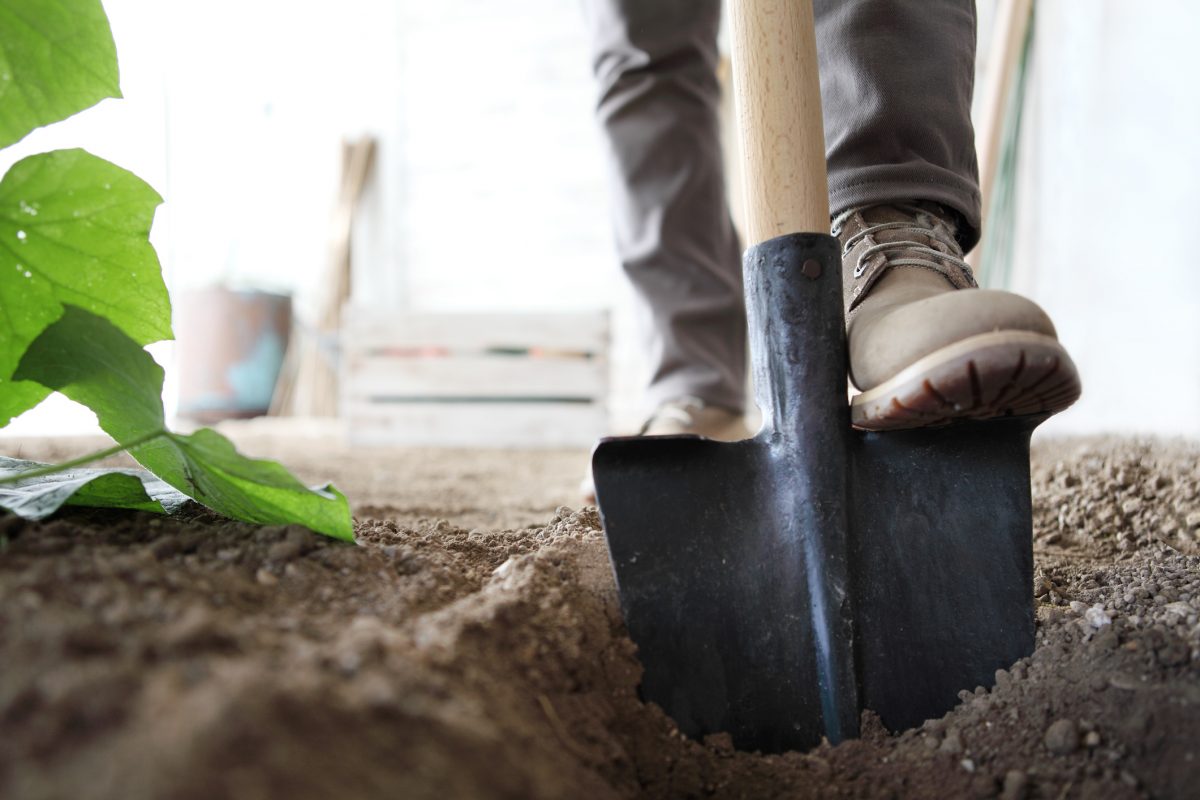 In general, carnivorous plants are incredibly easy to care for as they are mostly self-sufficient. However, they do need lots of light and moisture. Always use mineral-free water, such as rainwater or distilled water, when caring for your plants. Tap water and bottled water tend to have excess minerals in them that can damage the plants. In terms of temperature, carnivorous plants do best at normal room temperatures. 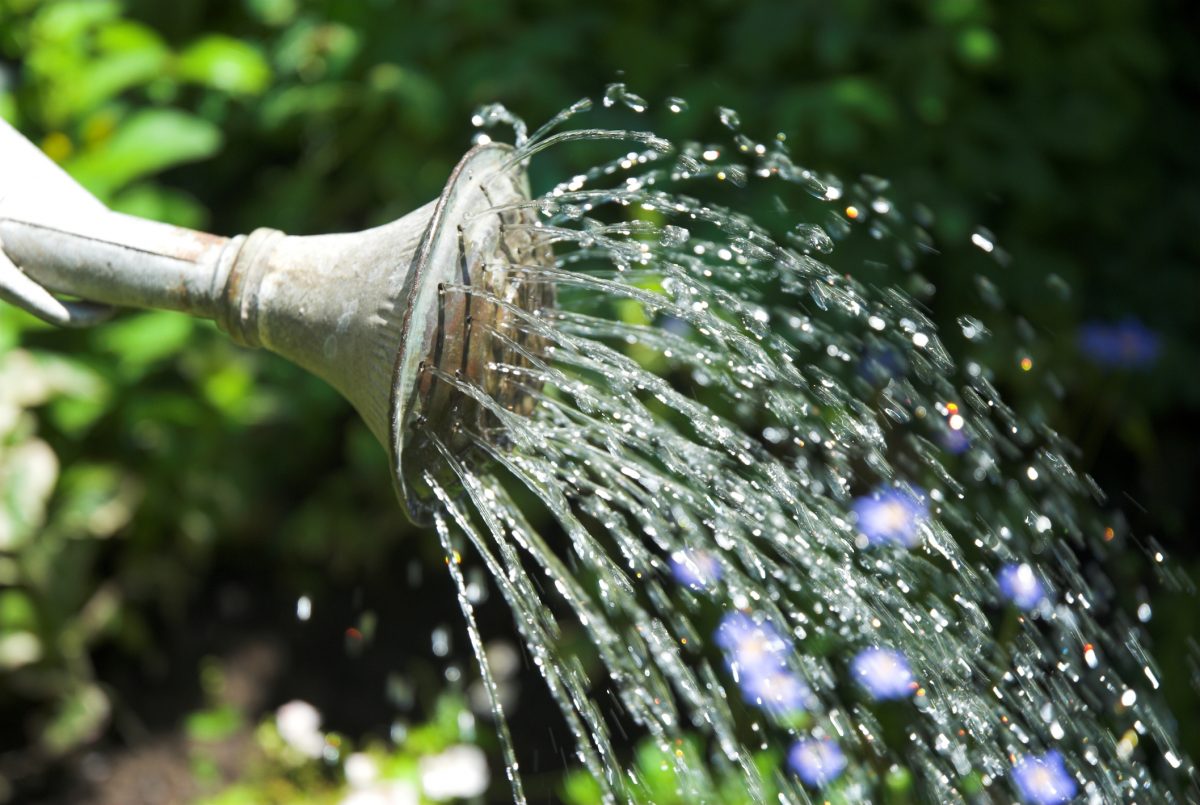