Why do Cats Meow?

The sound of a cat meowing will either melt the heart or irritate immensely depending mainly on what type of meow it is. The plaintive cry of a kitten may exert power even over the hardest hearts, while the whaling of a cat on heat will test the patience of a saint. If you've ever heard a cat in distress, you perhaps couldn't help yourself but go and offer a helping hand. It's easy to understand why a cat meows when it wants feeding, but what about at other times? What are cats trying to tell us when they meow?

Interestingly, you won't see an adult cat meow at another cat. They rely on body language, scent, facial expressions to communicate with fellow felines. According to Psychology Today, cats have specifically refined the meow to talk to humans. It's as if they've learned the other techniques of communication they use on fellow cats simply don't work on people, and so have adopted a distinctive sound all for us. For a cat, meowing is a second language. 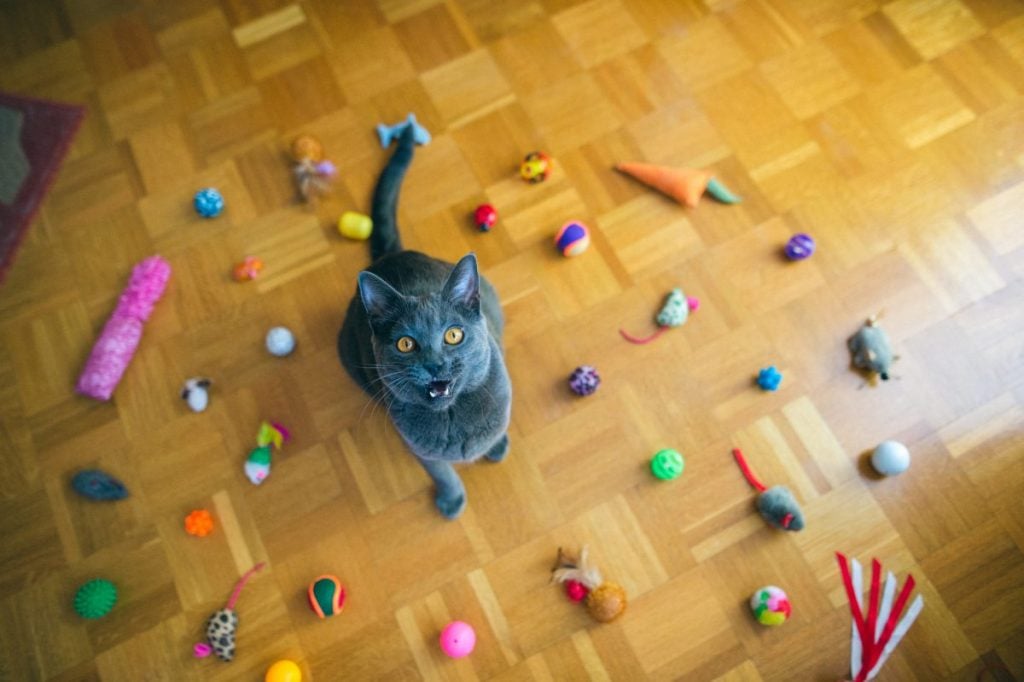 A meow for every occasion

Cats are smart, and they have different meows for different occasions. If your cat is greeting you as you come in the door, it might give out a series of multiple meows showing he's excited to see you. A quick meow might be a quick hello. A meow that is mid-pitch may be him asking for food. A long-drawn-out meow may be more of a demand. A low pitch may indicate a complaint, whereas a high pitch might mean he is angry or in pain, which you would likely recognize instinctively. 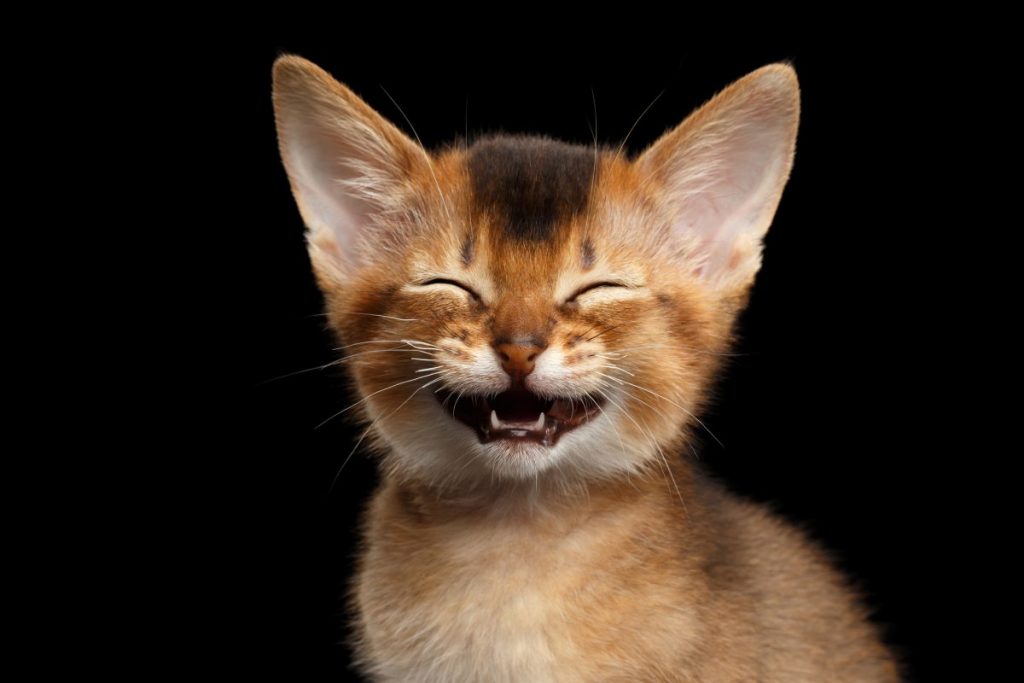 A cat will often meow when its feeling stressed. If you've ever taken your cat in the car in his little cat carrier, you're probably familiar with the relentless meowing, particularly if car trips usually involve a trip to the vets. For many cats, their only car journey is a visit to the vets where they get poked and prodded by a complete stranger and even given injections. You can hardly blame them for feeling stressed.

Incidentally, to decrease the stress and associated meowing, try getting the cat used to the cat carrier before any trips. Put some treats and catnip inside. You can even use a special feline pheromone spray inside the box which has been shown to reduce stress. 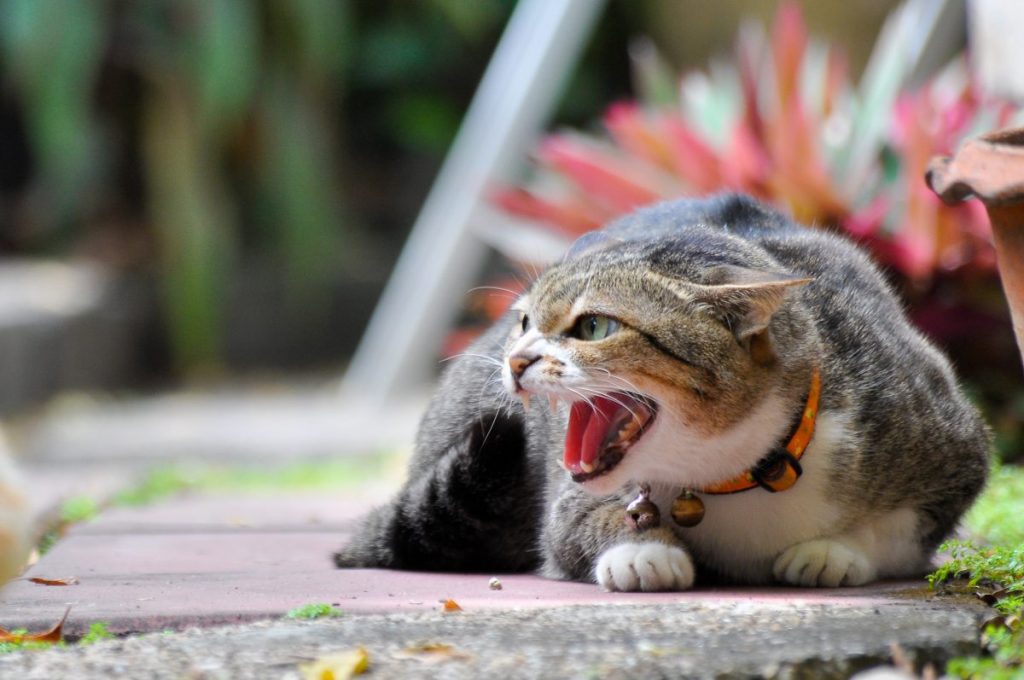 Apart from feeling stressed, cats will meow to let you know they want to eat. If you're a cat owner, you likely recognize your cat's distinct meow for “I want food!” Sometimes all they want is a little fuss and attention. Give him some tickles and play with him. Obviously, if your cat is outside in the cold, he will want to come in at some point and so will keep on meowing until he gets what he wants, namely, to be let in. 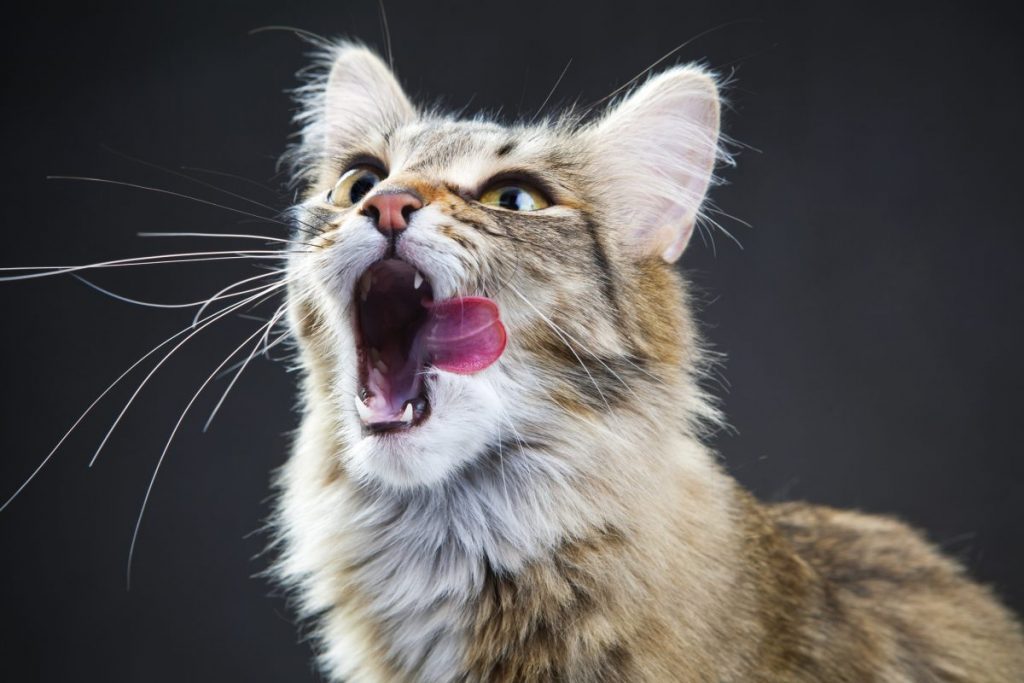 Perhaps the most dreaded sound of all when it comes to your cat's meowing is when she is on heat. In some particularly vocal felines, your cat will sound like she's possessed, and it's easy to see the historical association with witches at this time of your cat's cycle. Remember, she's just trying to attract a boyfriend! A hugely unpleasant whaling may go on throughout the day and night testing your patience to breaking point. But be patient! A cat in heat may need a little extra playtime, petting, and brushing. Some may like just to be left alone and have their own space. She just wants to advertise to nearby male cats that she's available. 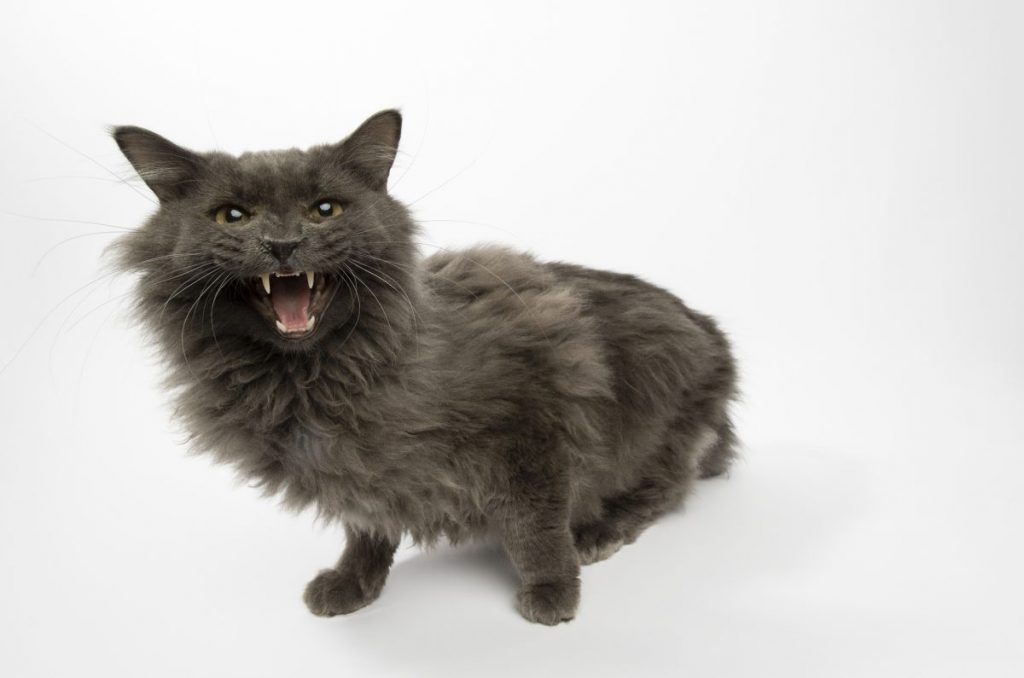 Cats make other noises too besides meowing that are worth mentioning. Anything ranging from bleating to chattering may leave your cat's lips, particularly if it has focused its attention on prey it can't get at by itself. This sound is a bit of a mystery. Some suggest it is your cat expressing frustration, or maybe it reflects the little feline's anticipation of the hunt. Others think it may be making strange noises to get its prey to come and take a closer look out of curiosity before making the fateful leap. Other sounds may involve hissing, spitting, and growling, which are all obviously indicators your cat is on the defensive. On the other hand, a gentle purr is a good indicator all is well. 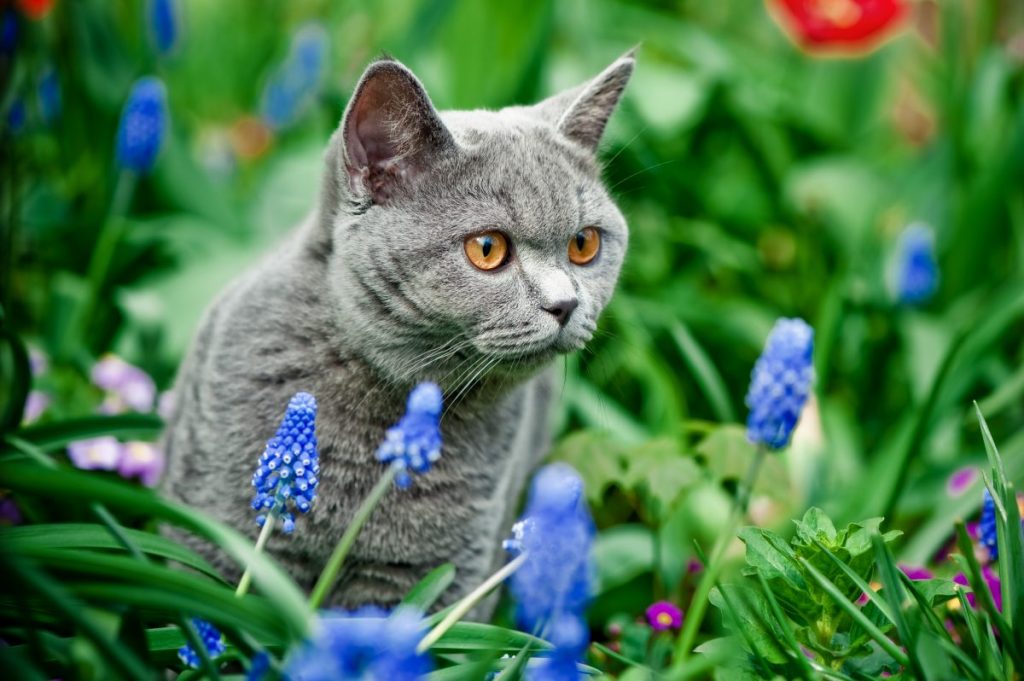 Not to be overlooked is the simple fact that as cats get older, they may get a little confused at times, causing a cat to meow for no apparent reason. Such mental confusion happens to humans, and it happens to animals too. If this is persistent, perhaps a visit to the vets may help, although be prepared for the relentless stress cry en route. 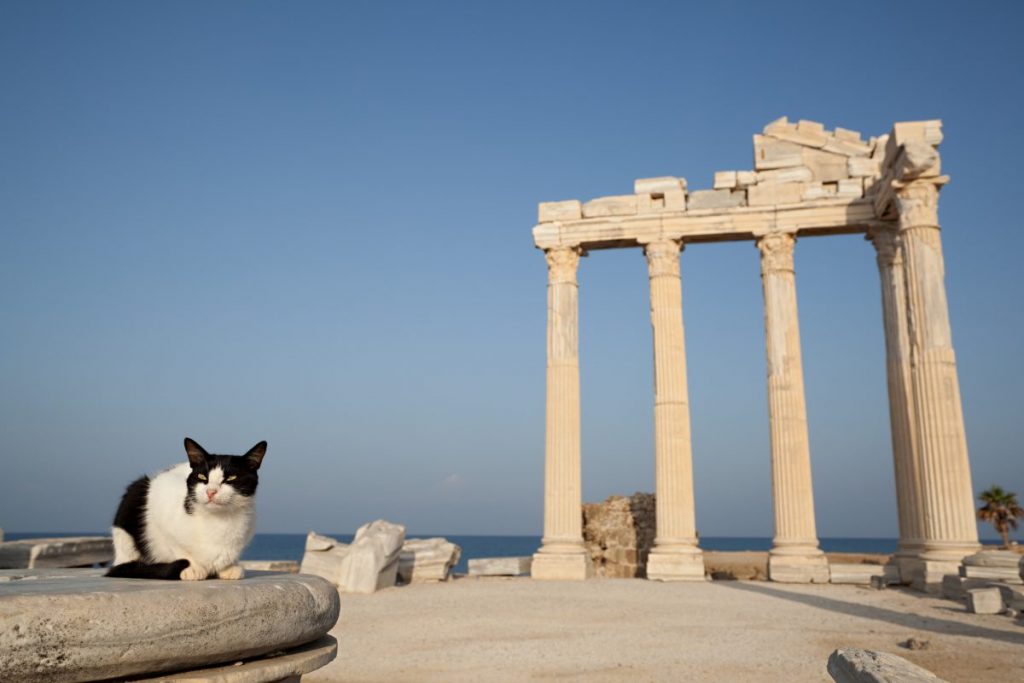 Some experts believe that a cat's special meowing outcry may be so effective because humans associate the sound with the crying sound of a human infant. This makes sense as a domestic cat is largely dependent on its owner just as an infant is on its parents. If this is true, it has learned in some fantastical way how to pull on your heartstrings. 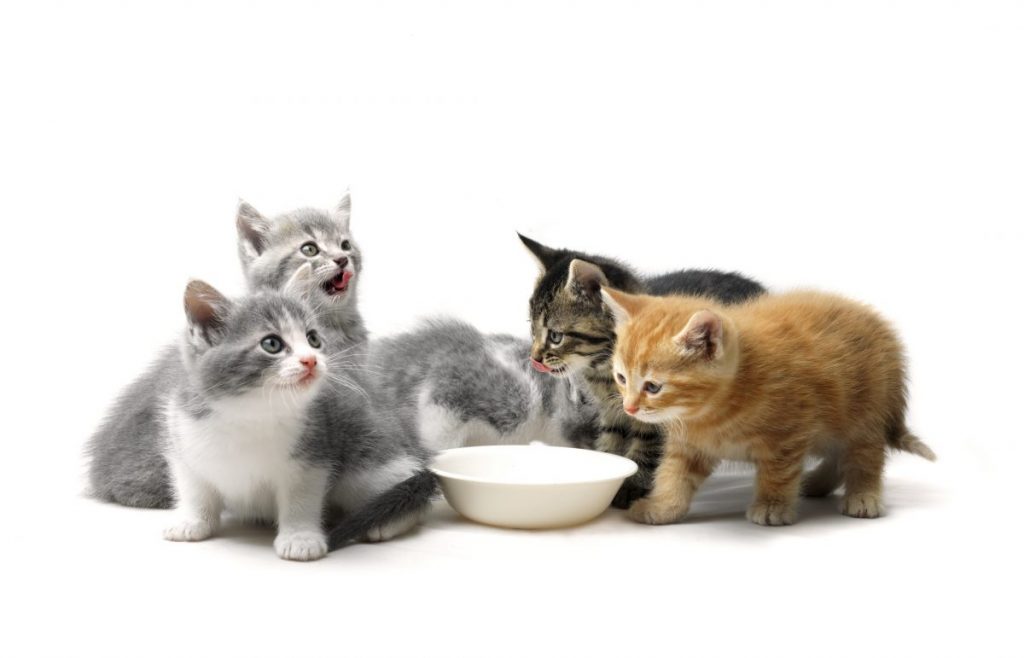 Some more and less vocal

Not all cats are as vocal as others, and a cat that meows rarely may not be a matter of concern. Just like people, some are more talkative than others, and nothing is amiss in either case. On the other hand, if a very vocal cat suddenly goes quiet for an extended spell, especially if accompanied by withdrawn behavior, it may mean something isn't quite right, and a visit to the vets may be required. 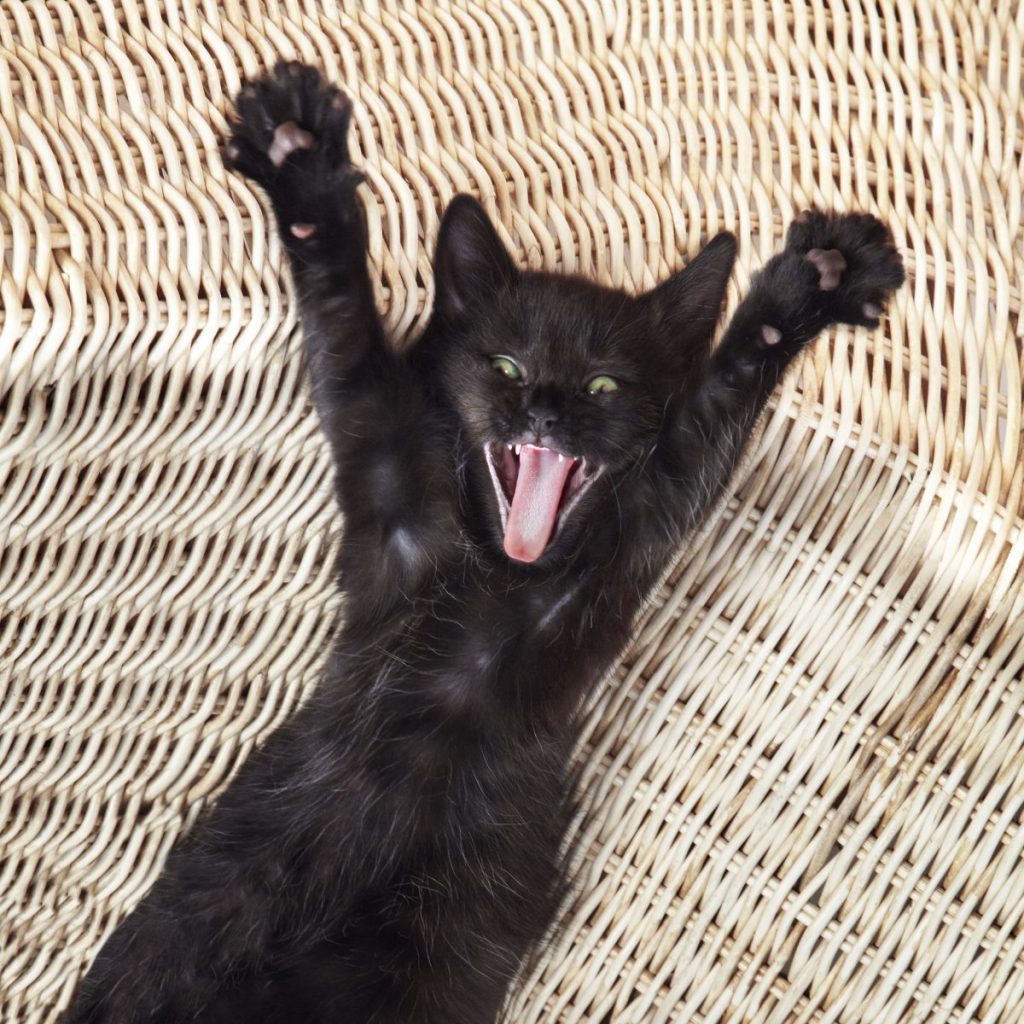 It's also worthy of note that a cat's talkativeness varies from breed to breed. Some of the loudest are Siamese cats which are known to keep up their meowing all day. On the other hand, the extremely cute looking Abyssinian cat, for example, tends to show its affection by snuggling up rather than engaging in endless dialogue. Other quiet breeds include both British and American Shorthairs, Persian, Russian Blue, and others. 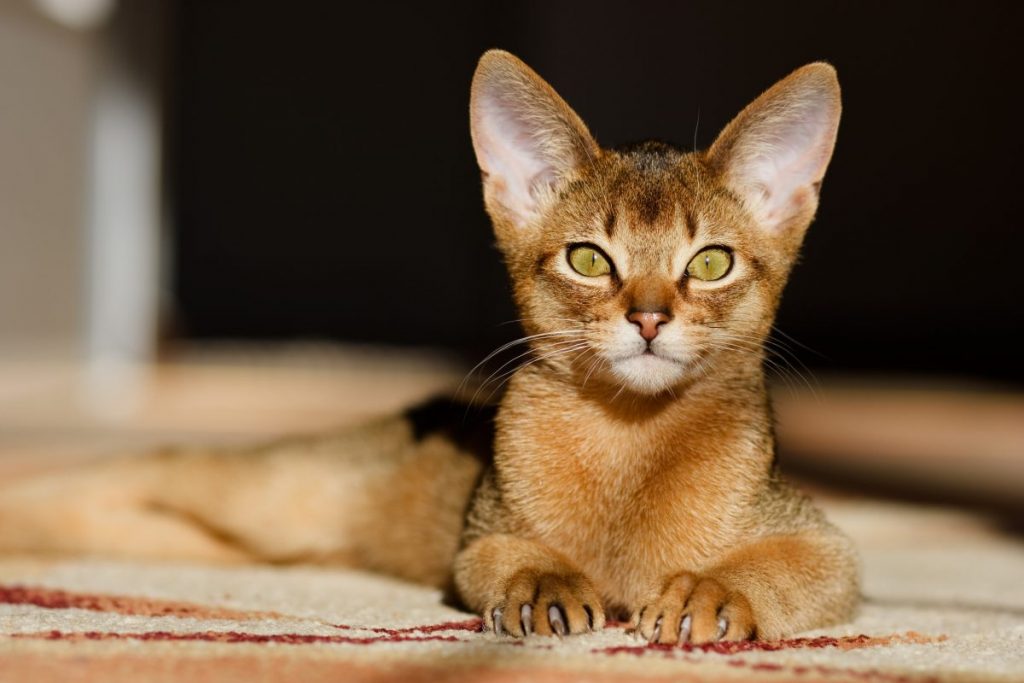