Why Do Cats Eat Grass?

Cats are enigmatic creatures at the best of times, but most of their behaviors make some sense. However, one particularly bizarre and often messy behavior is their tendency to eat grass. Even well-fed, happy, and healthy cats will chow down on foliage on occasion, and they'll often throw it back up on the carpet later.

Why do cats eat grass if they're only going to throw it up? Many cat owners have asked themselves that question in frustration as they clean up after their furry friends. This strange trait does have some solid reasons behind it.

First, it is important to understand what cats need to eat. The reason they tend to throw up grass and other plants is that they're obligate carnivores, which means they've evolved to get most or all of their nutrients from meat. Cats are generally unable to digest plant matter efficiently and sometimes cannot digest it at all. 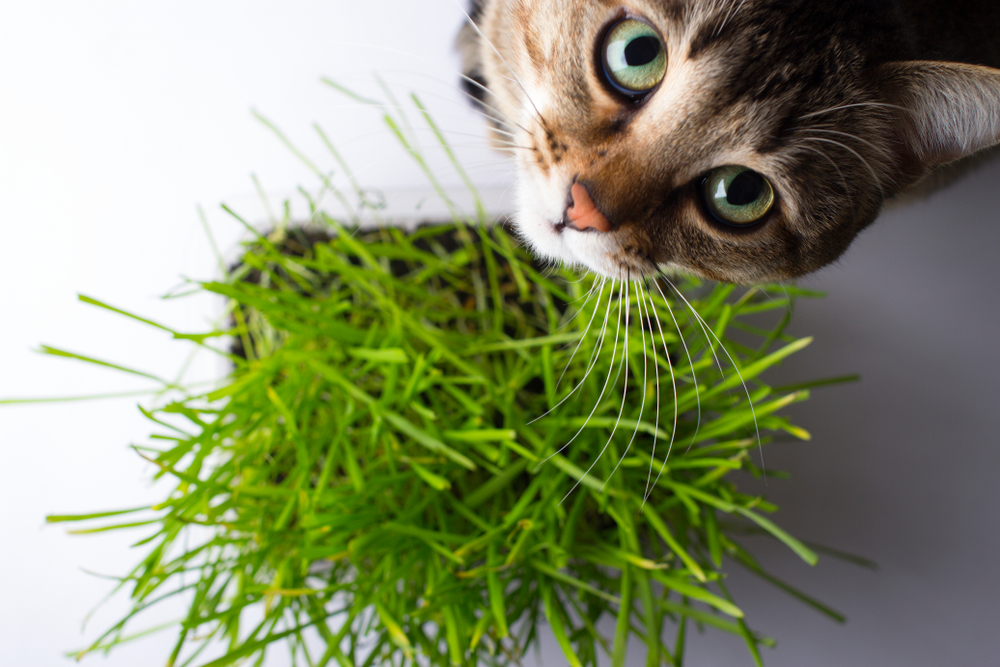