Why an Anatolian Shepherd Could Be the Pet for You

The Anatolian Shepherd has been around for over 4,000 years, yet it’s a breed that very few people have heard about. These working dogs hail from Turkey and have traditionally been used to guard livestock. Today, with its gentle nature and fierce loyalty, Anatolian Shepherds are becoming popular companions and household pets. They’re large, powerful, and take up a lot of space, so are not the pooch for everyone. But if you have the space in your home and your heart, an Anatolian Shepherd will stay loyal and watch over you and your family for all its entire life.

These dogs are big, and you can expect your Anatolian Shepherd to grow to between 28 and 32 inches tall, weighing in at 90-150 pounds. Its head is almost rectangular, and this coupled with great bone structure, and a muscular body gives the Anatolian a stocky appearance. But despite their rugged looks, these gentle giants are amazingly agile. Big brown or black eyes are always alert, giving the Anatolian Shepherd a distinct look of intelligence. 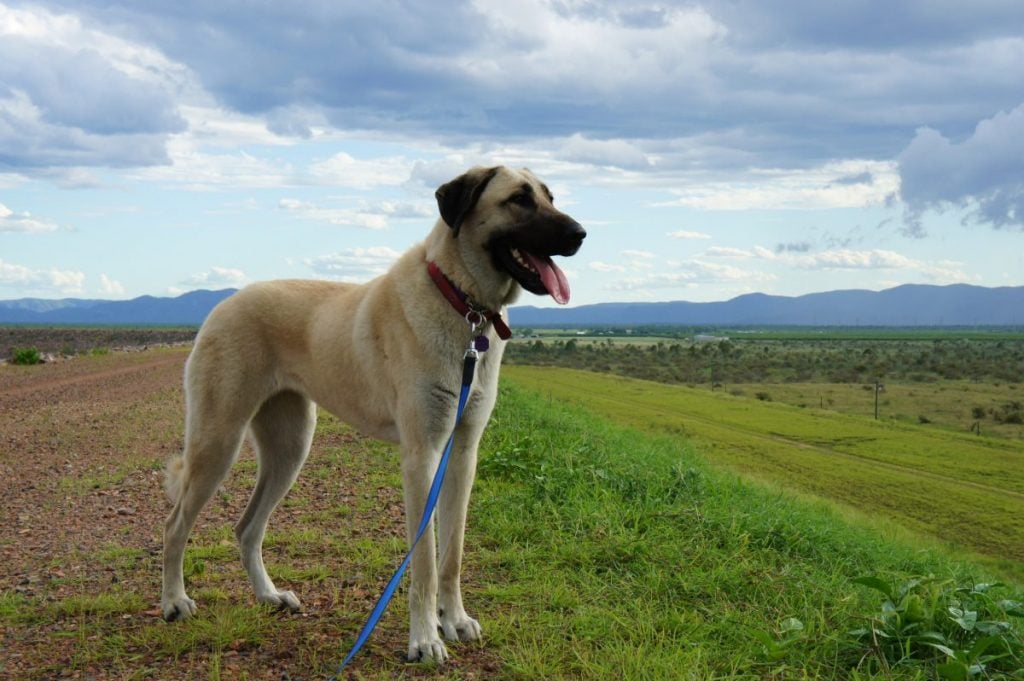 Anatolian Shepherds are not the most affectionate dog breed. They’re very independent and like to fend for themselves. Cuddles and playtime are really not for them. But what the Anatolian lacks in affection it makes up for in loyalty, and they become devoted to their human family, protecting them whatever the threat. Their laid-back, easy-going temperament means the Anatolian Shepherd is great with children. But they will prefer to watch the kids playing in the yard than take part in any games themselves. 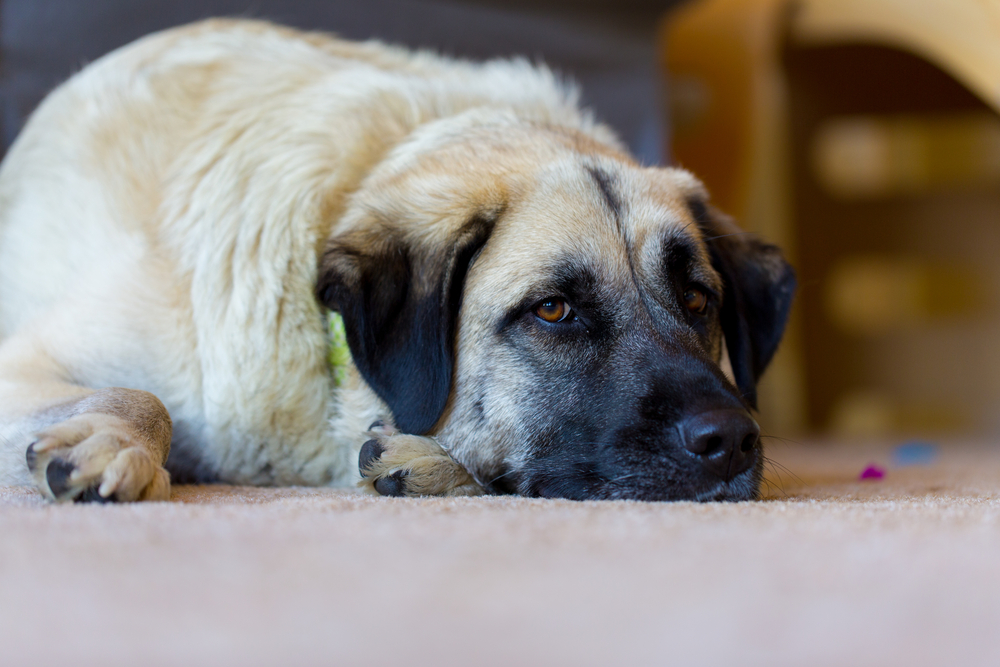 Anatolian Shepherds Have a Double Coat

Anatolian Shepherds come in a variety of colors, such as cream, white, sesame, or piebald. A thick undercoat protects them from the elements and also contributes to their bulky appearance. The top layer of fur is soft in most places but rough around the mane and neck areas. A double coat means there is a lot of hair, and Anatolian Shepherds will shed throughout the year, but you can help control it. 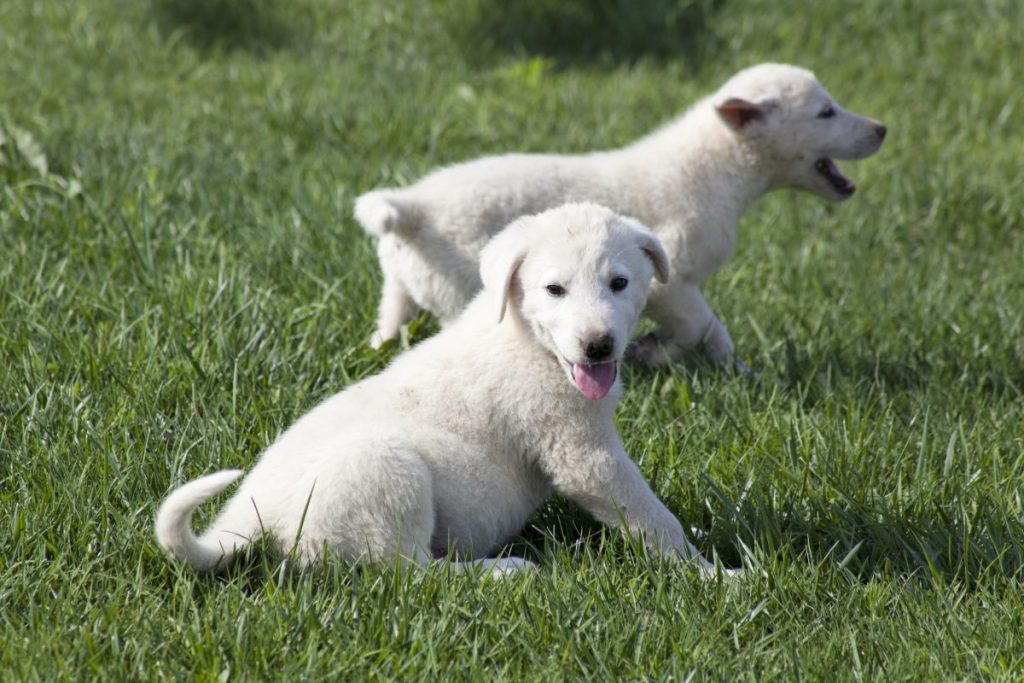 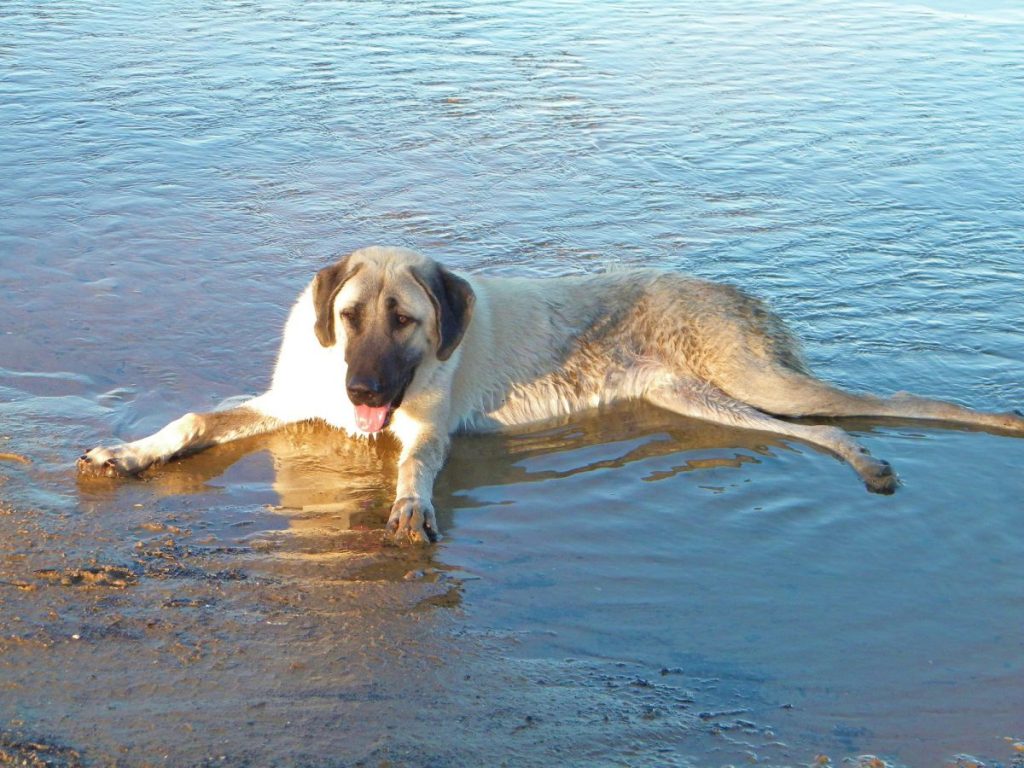 Luckily, Anatolian Shepherds are not fussy eaters and will eat practically anything you choose to feed them. Make sure they get enough by feeding them the equivalent of three cups of food daily, split into two servings. In its native environment, these canines are mostly vegetarian, so you may want to treat your Anatolian with regular pieces of fruit or vegetables. 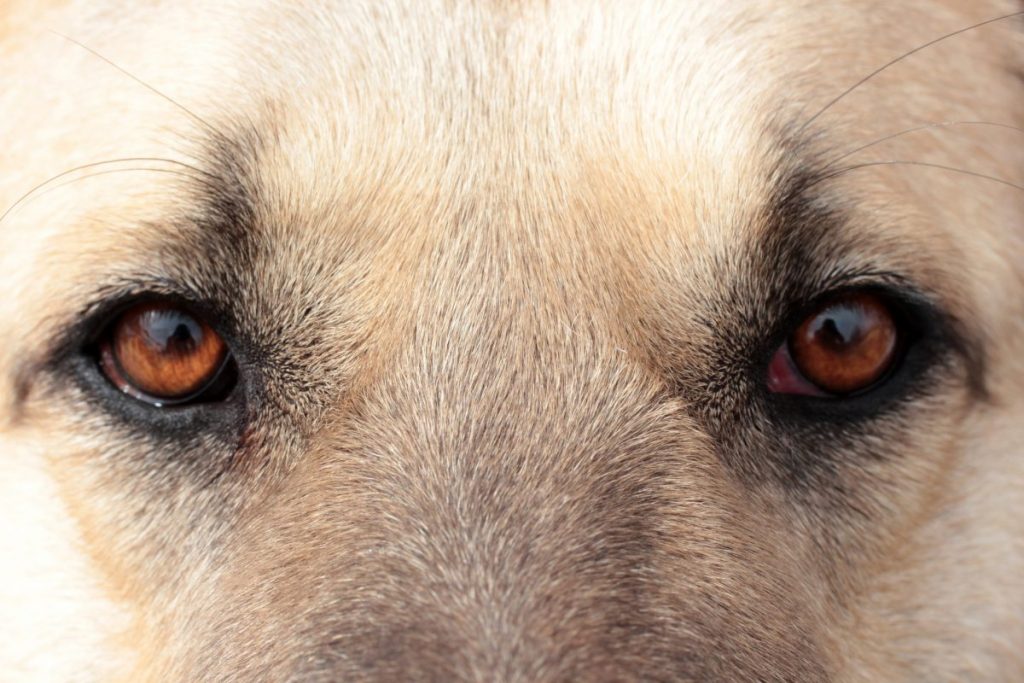 Despite its huge size, the Anatolian Shepherd needs very little exercise and an hour-long walk; twice a day should be plenty. Because of their protective nature, it’s best to walk your Anatolian outside of busy dog-walking times. If a stranger or another dog wanders too close, you could be struggling to keep your gentle giant under control. 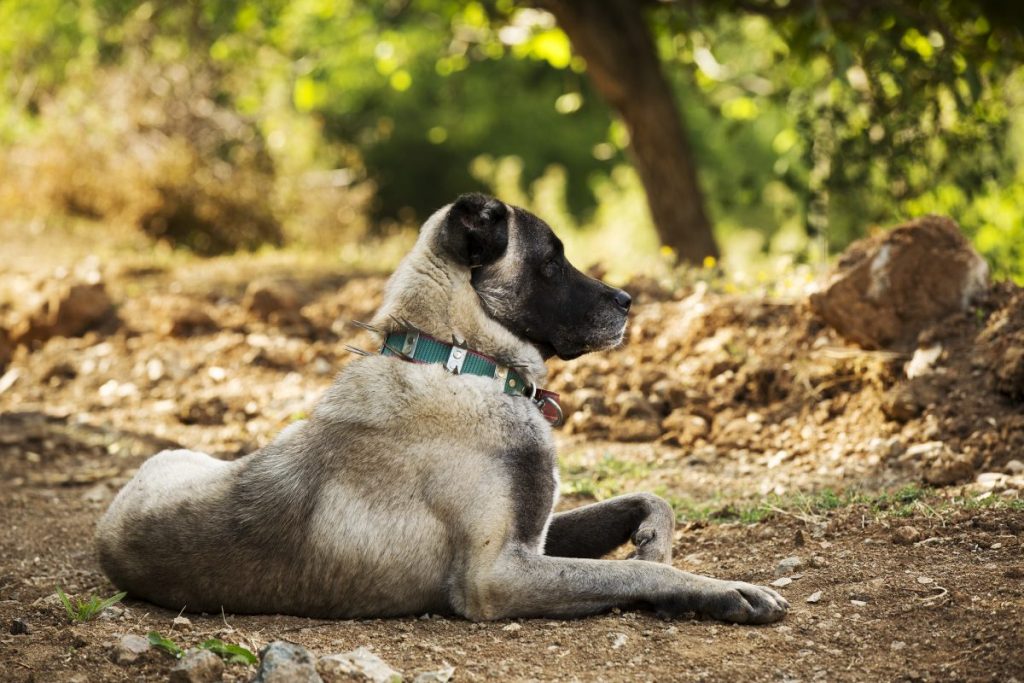 Anatolian Shepherds are considered a healthy breed with an average lifespan of 10 to 13 years. Like other large dogs, the main conditions to be aware of are hip and elbow dysplasia and bloat. Daily exercise, the correct feeding regime, and regular visits to the vet will keep your Anatolian Shepherd strong, fit, and healthy. 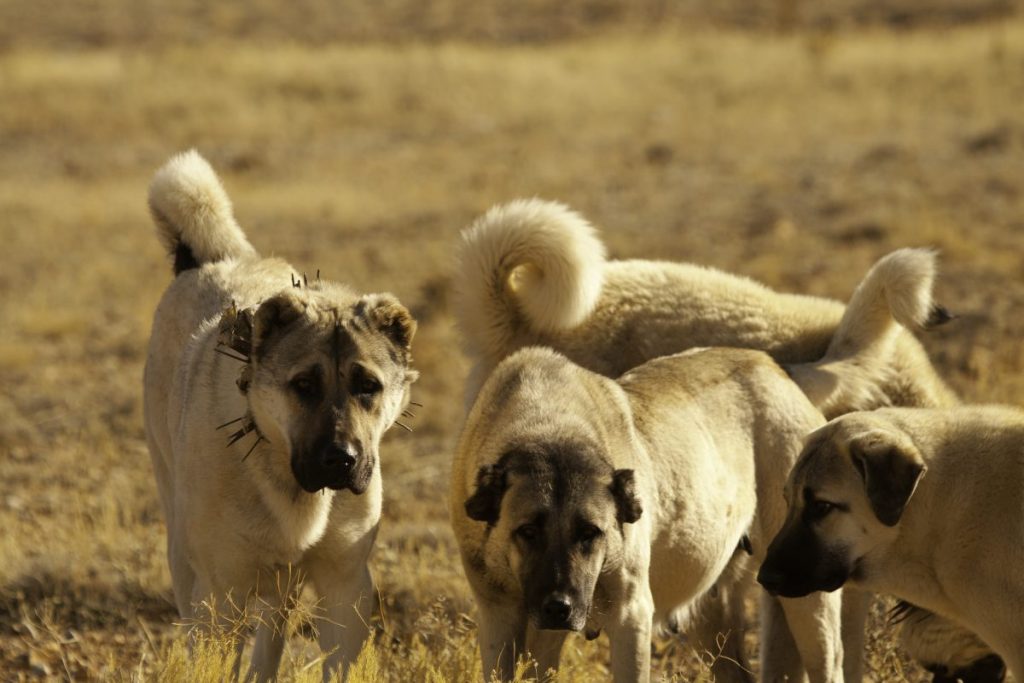 These intelligent canines are also extremely stubborn and strong-willed. Anatolian Shepherds are natural guard dogs and will always be suspicious of strangers, so early training will ensure their suspicions don’t turn into aggression. Be firm and confident when issuing commands, as they respond well when identifying you as their leader. Start socialization when you first get your pet home by introducing them to new people and environments. With the right training, your Anatolian Shepherd will reward you with loyalty, dedication, and obedience. 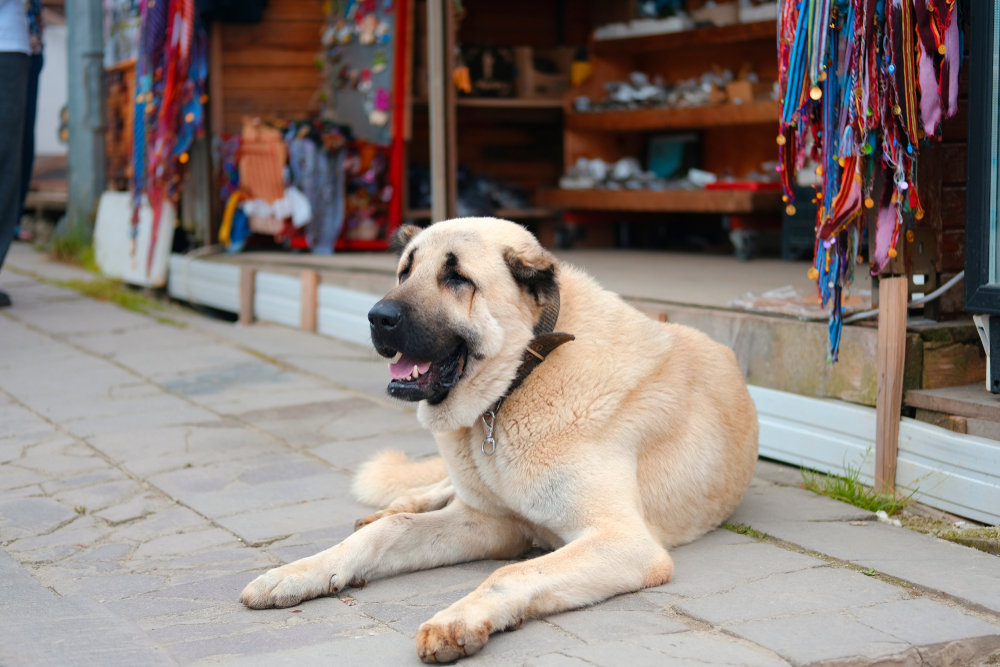 This special breed dates back to 2,000 BCE, and they are thought to descend from Roman Mollosian war dogs and Tibetan Mastiffs. Anatolian Shepherds get their name from their original homeland of Anatolia in central Turkey. Local tribesmen lived a nomadic way of life and depended on flocks of goats and sheep to survive. With predators in the region, such as bears and wolves, the nomads relied on large dogs to protect their animals. These dogs would stay with the flock, day and night, to see off any predators, and were given spiked collars to protect their throats from attackers. As such a useful and valuable breed, the Turks managed to keep Anatolian Shepherds a secret from the world until the 1900s. 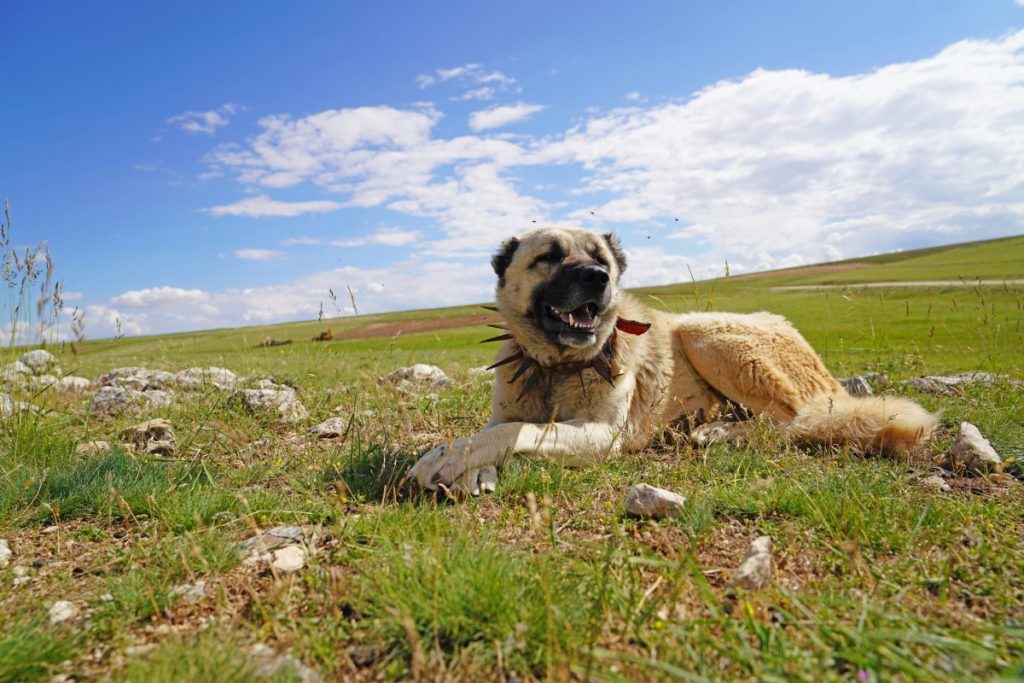 Introducing Anatolian Shepherds to the World

It wasn’t until the 1970s that Anatolian Shepherds were first seen outside of Eastern Europe. In the US, the breed grew in popularity after the Endangered Species Act was introduced. This made it illegal for farmers to kill any livestock predators, so they looked to Anatolians to protect the animals on their ranches. These canines became appreciated for their loyalty and use as a guardian, and soon, pet lovers began acquiring the breed.

Nowadays, Anatolian Shepherds are a valued member of many households throughout the US. If you have a home large enough to accommodate one of these gentle giants, an Anatolian could be the most loyal companion and protector you and your family ever own. 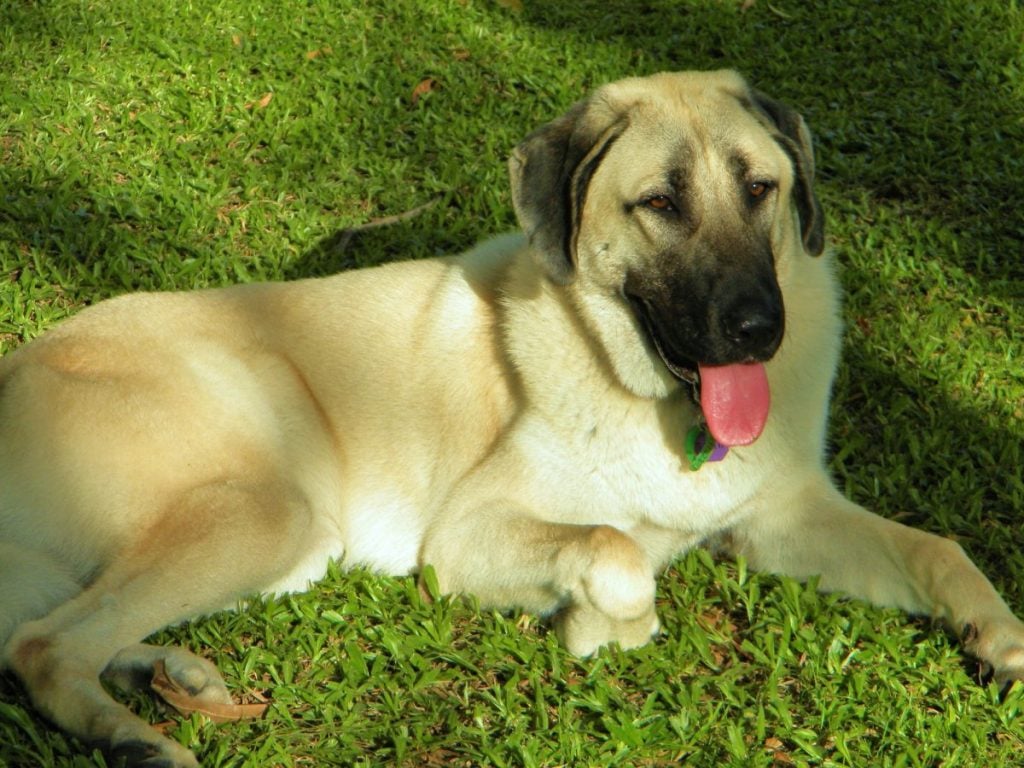