What You Need To Know About Cairn Terriers

Cairn terriers are among the 100 most popular dogs in America, according to the American Kennel Club. Like most terriers, these pups pack plenty of personality into their small frames. Originally bred to control vermin, their intelligence and easiness to train have seen many of them end up on the silver screen. Toto, Dorothy's companion in The Wizard of Oz, was a cairn terrier that typified the curiosity, adaptability, and bravery of the breed.

Cairn Terriers at a Glance

Cairn terriers are a small working dog of the terrier family. When fully grown they're 9-10 inches tall and weigh 13-14 pounds. They have a compact body and short legs covered by a shaggy, double coat, which can come in any color except for white. Their undercoat is thick and soft, while the outercoat is waterproof to protect them from the weather in their native Scotland. Their average life expectancy is twelve to fifteen years. 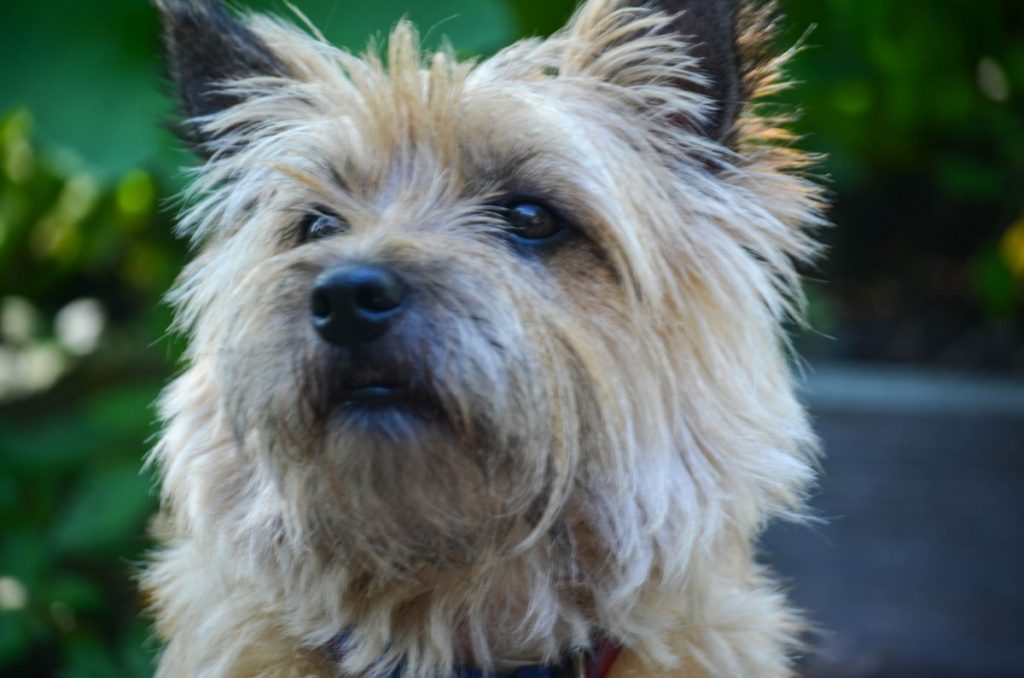 Cairn terriers originated in the Isle of Skye and were named for the cairns, or small piles of rocks, used to mark borders in Scotland. These cairns were also homes for badgers, rats, and foxes that the terriers were bred to hunt. Cairn, Scottish and West Highland white terriers were originally considered the same breed but were separated in the early 1900s. Cairn terriers entered the Kennel Club of the United Kingdom as a separate register in 1912, and one was given Championship status this same year. 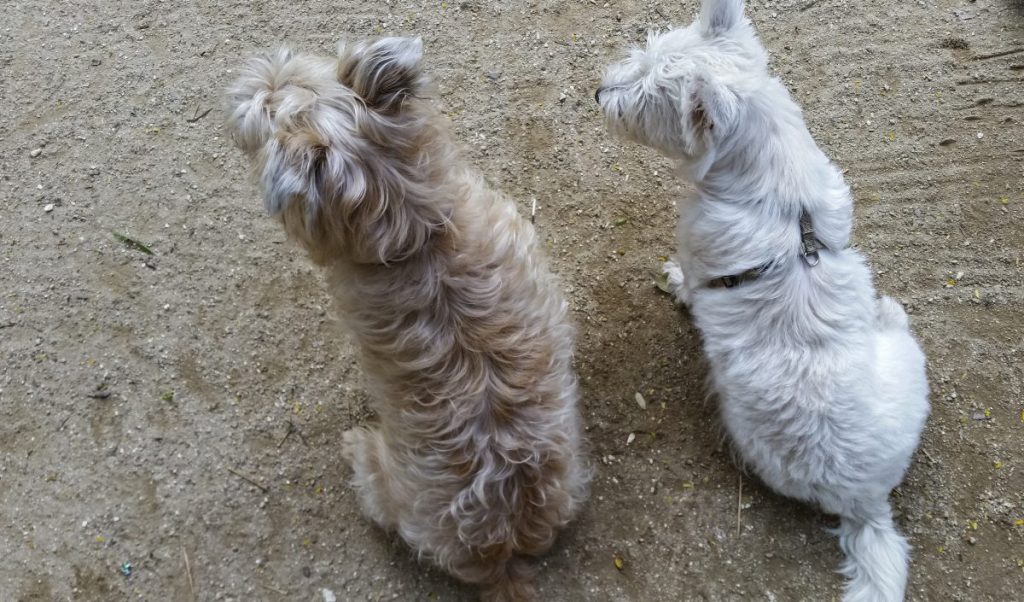 Like most terriers, cairns are extremely active. They are curious dogs who like to explore, but they are considered friendlier than other terriers. Cairns are hardy, making them a good choice for homes with children, but they don't generally make good lapdogs. Although they have a reputation for being easy to train, their independence can make them wilful if they don't have a strong owner. They can be surprisingly sensitive and responsive to the wishes of their families. 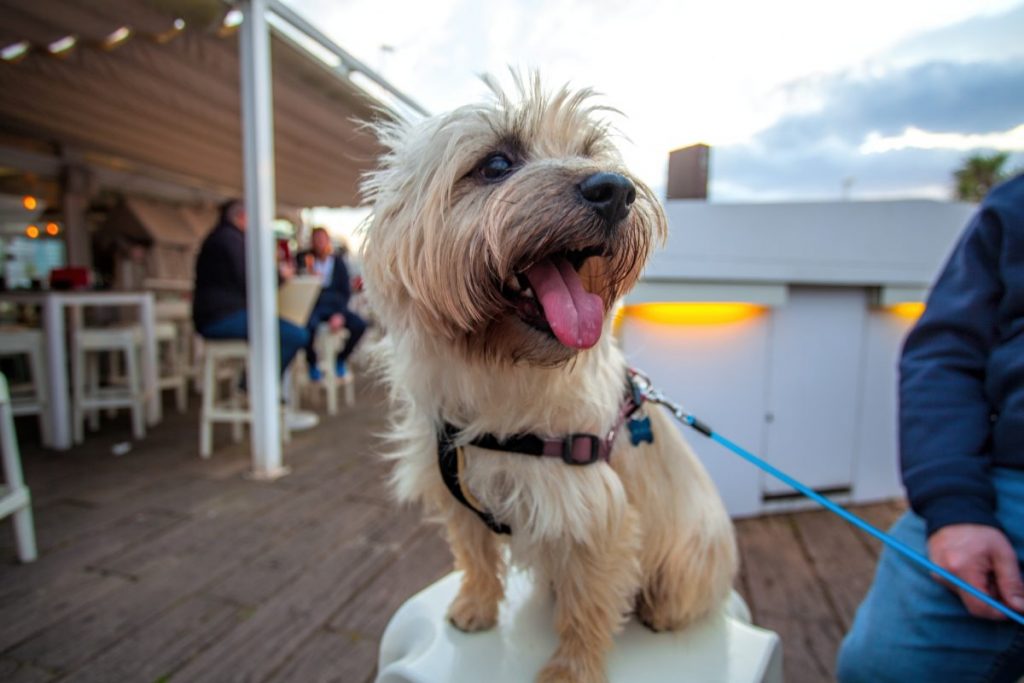 Health Concerns of the Breed

Cairn terriers are a healthy breed in general, but like most purebred dogs they can be prone to particular health concerns. They can have skin problems and may be allergic to fleas. Puppies may be affected by craniomandibular osteopathy, a condition that causes the bones of their skulls to become enlarged. This condition generally stops by the time the dog is a year old, but it may require surgery. Although rare, cairn terriers may also be afflicted by joint, eye and liver conditions. 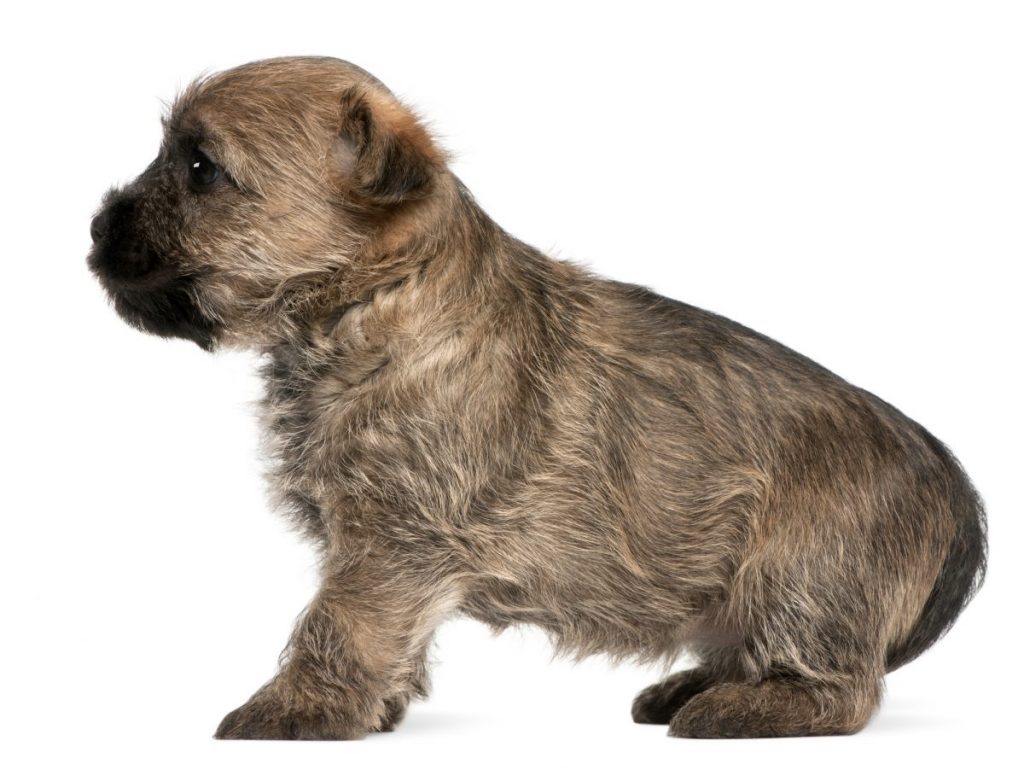 Cairn terriers can be a paradox when it comes to training. Although they are easily trained, they need a strong owner or they may take over the entire household. They do not respond well to harsh training or discipline but bloom with positive reinforcement. Cairn terriers enjoy learning tricks and this can be a good way to keep their active minds engaged. They also do well with dog sports, including agility, obedience and earthdog competitions. 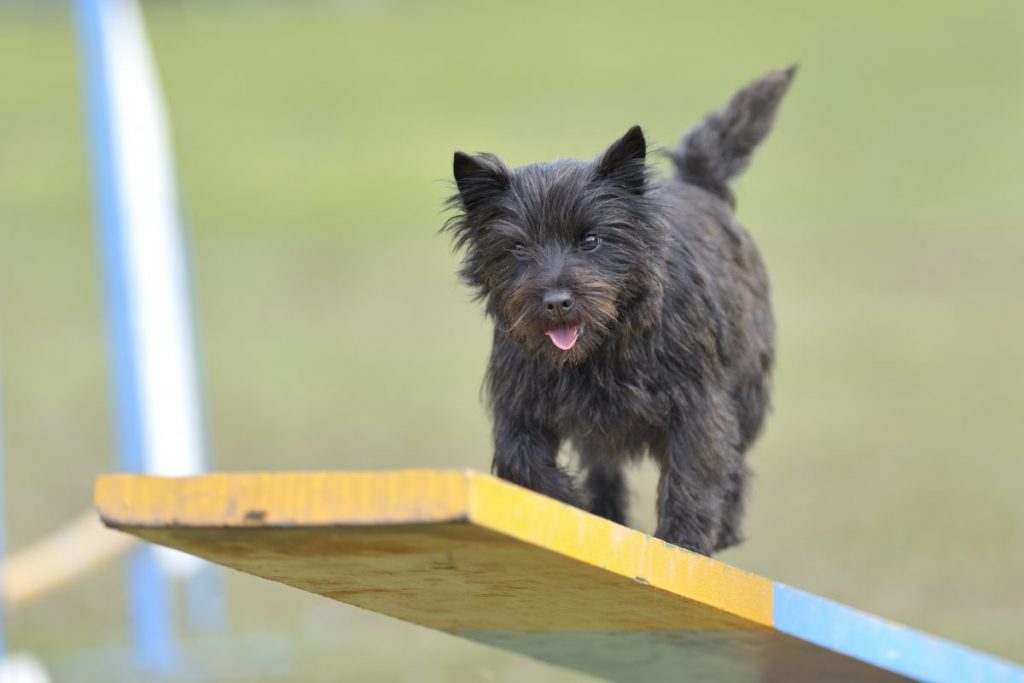 Cairn terriers need more exercise than some small dogs. Daily walks are essential and they should also get some playtime every day. As terriers, they already have a digging instinct and without adequate exercise, this behavior can become destructive. They also have a strong chasing instinct and as such, they cannot be trusted off in an open area. If they see something to chase, they are unlikely to return. 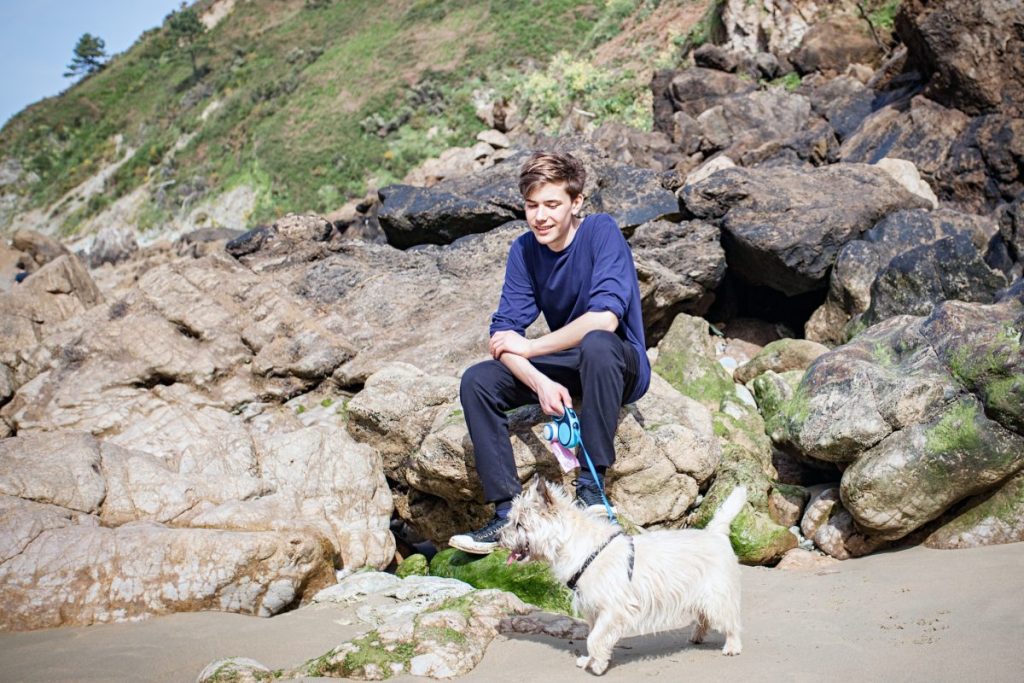 The cairn terrier's shaggy coat is easy to care for, but it does need regular maintenance. A weekly brush and a bath every few months keeps it in good condition. Washing regularly, clipping or cutting can soften the outer coat. Some breeders recommend against this as keeping the outer coat intact can protect cairns against skin problems. Cairn terriers are considered hypoallergenic, as they do not shed a lot. 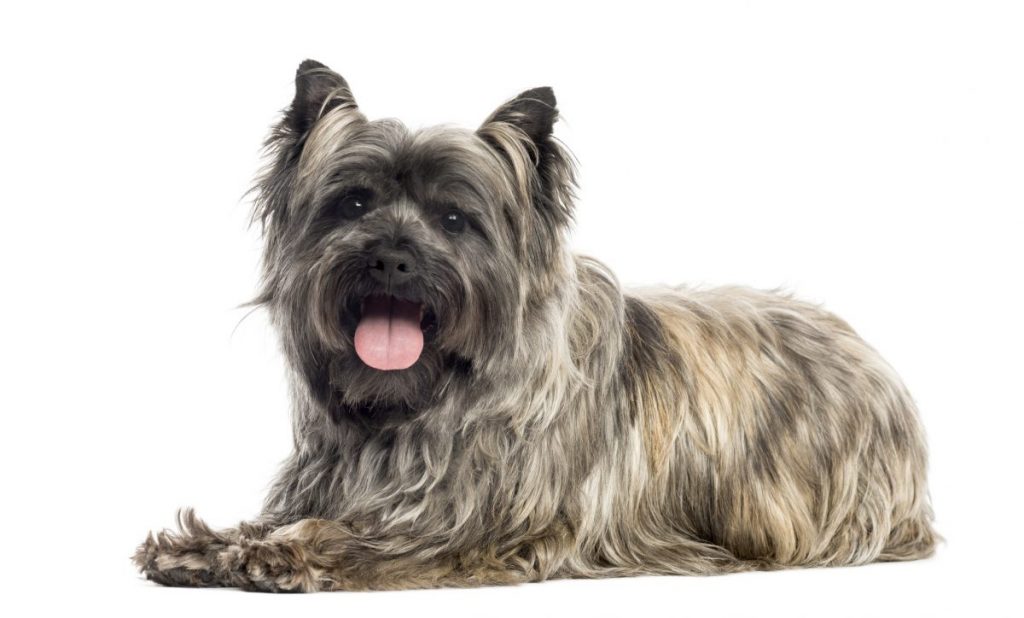 Cairn terriers do have bad qualities. Their front paws are bigger than the back ones to help them dig, so if you have an outside area the lawn may be sacrificed to their digging instinct. This instinct also allows them to escape under fences and some owners sink wire into the ground to keep them contained. Although they love giving kisses, they do not like being held or sitting on laps. Like many terriers, they are also prone to excessive barking. 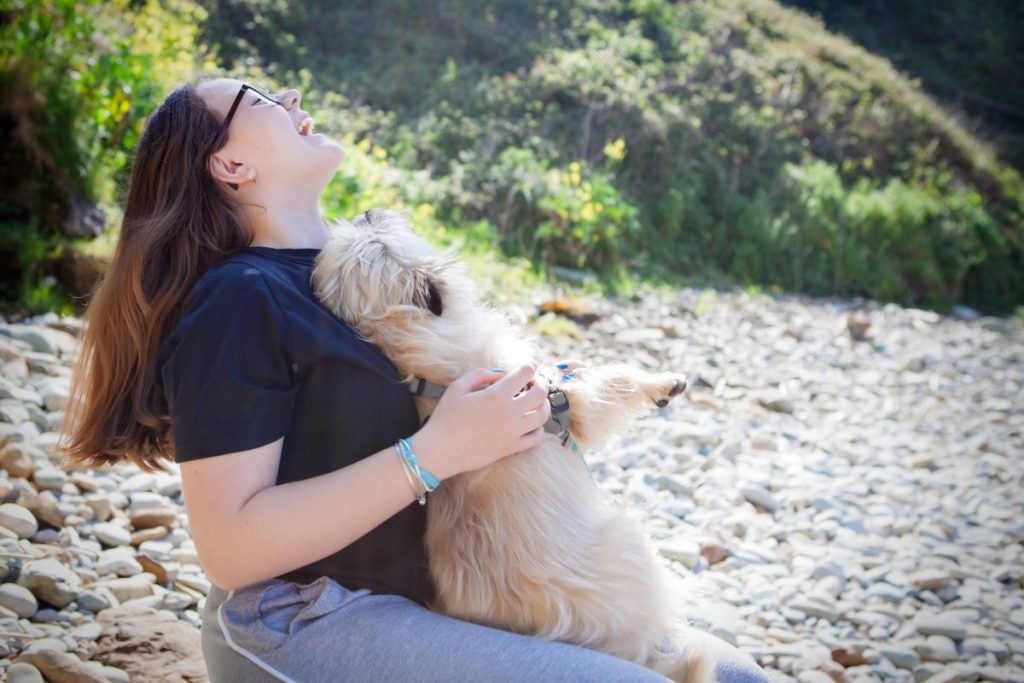 The cairn terrier who played Toto was called Terry and she appeared in more than just The Wizard of Oz. She also co-starred with Shirley Temple in Bright Eyes and appeared in twelve other films. Cairn terriers have also appeared in I Love Lucy, Mr. Robot, Kingsman: The Secret Service and many other films and television shows. J. Edgar Hoover was a cairn terrier breeder and he famously presented puppies as gifts to government officials throughout his career. 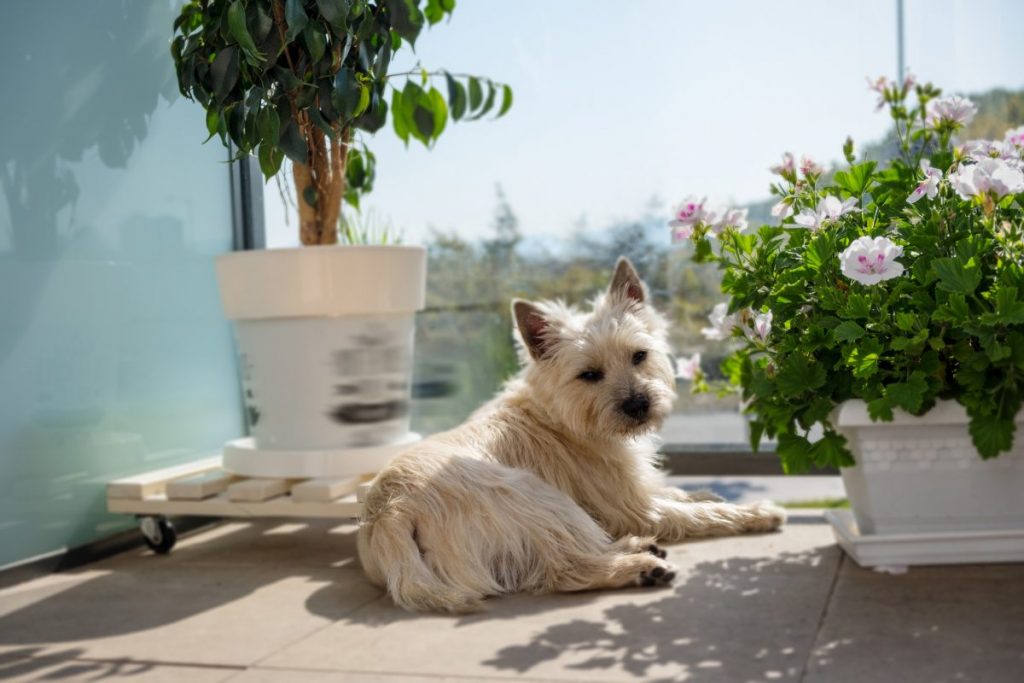 Who Should get a Cairn Terrier?

If they get enough exercise, cairn terriers adapt well to living in apartments. They are not the best choice for new dog owners, as they need an experienced and strong owner to keep them in hand. It's possible they can adapt to a cat if raised with one, but they were bred to hunt small animals and they may chase small animals like rabbits or gerbils. People looking for a fun, friendly companion that gets along with children may find cairn terriers the perfect pet. 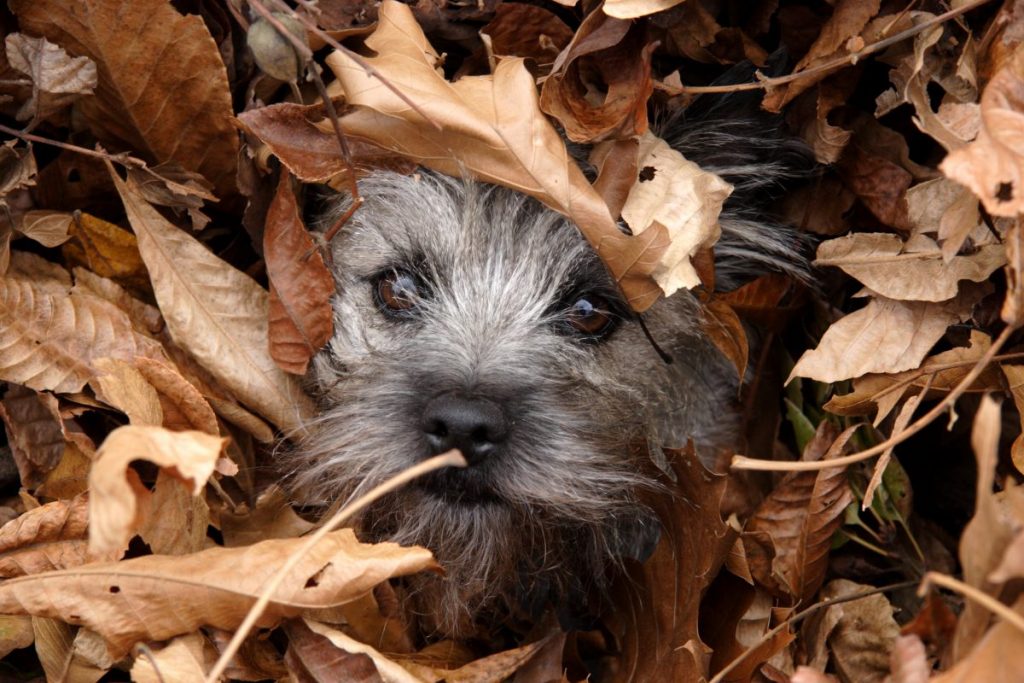