What are Some Popular Medium-Sized Dog Breeds?

While both large and small dogs have their charms, a good, medium-sized dog can be an excellent companion. Medium dogs are big enough to keep up with active lifestyles, yet small enough to be easily manageable with the right care and training. Medium-size dogs have a variety of energy levels, personality types, and appearances so almost anyone can find one that meets their needs. If you're considering a new canine companion, take a look at these popular medium breeds.

With their bold black or liver-colored spots against a crisp white coat, these distinctive dogs are easily identifiable at a glance. Dalmatians were originally bred to run alongside coaches and carriages, which makes them an excellent choice if you enjoy hiking or distance running. They also used to guard the stables at night so they can be aloof towards strangers and unfamiliar dogs. However, they're affectionate with people they know and are great with children. 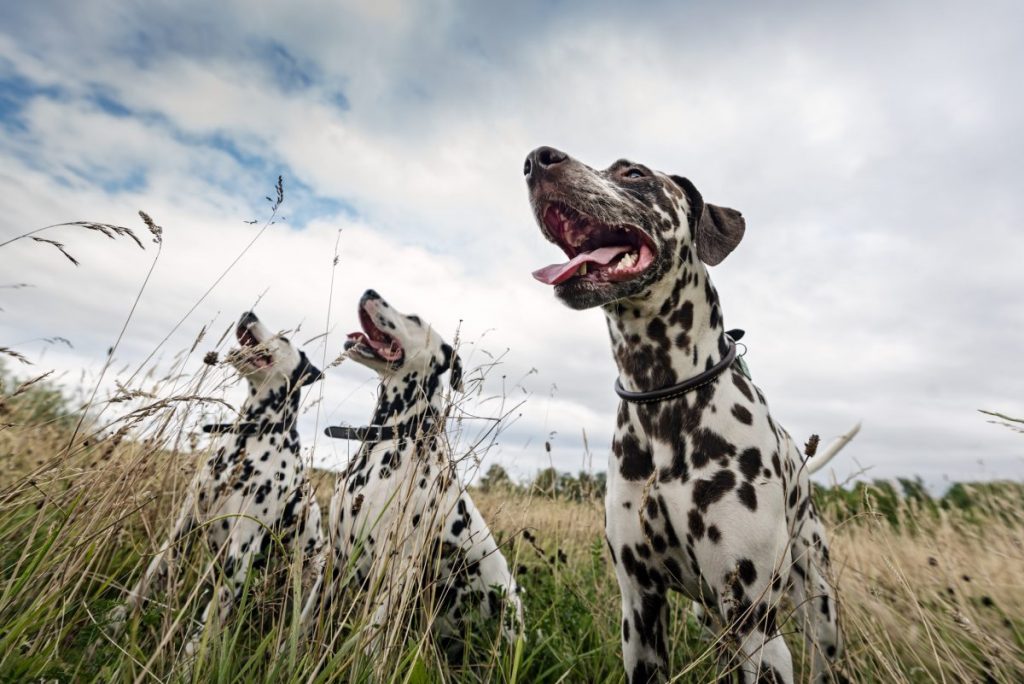 Known for their exceptional intelligence and beautiful, silky coats, Australian shepherds are a great choice for people who enjoy teaching their dogs tricks or other activities. Despite their name, these dogs were developed on ranches in the western United States, so they do have a strong herding instinct that requires a bit of work to manage. They are affectionate and highly trainable. 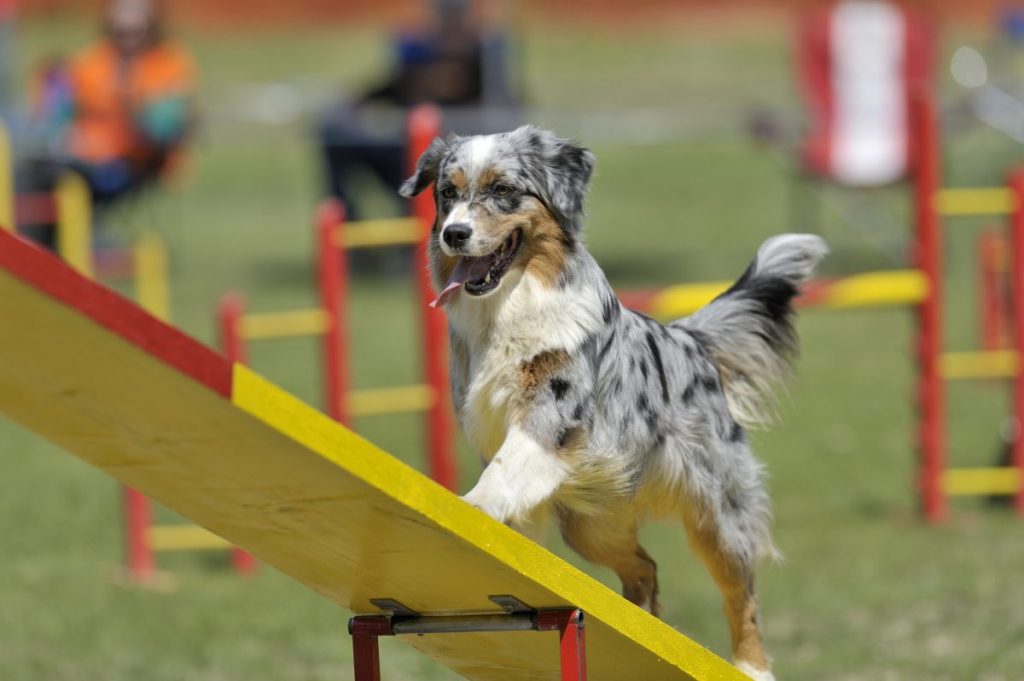 The Brittany, also sometimes referred to as the Brittany spaniel, is a popular hunting dog primarily used to flush out birds and other small game. They have a curious, adaptable nature and are very affectionate, which also makes them a great family pet. Brittany dogs have a lean, leggy build that makes them look bigger than they are so you can get a large-looking dog that still only weighs 30 to 45 pounds. 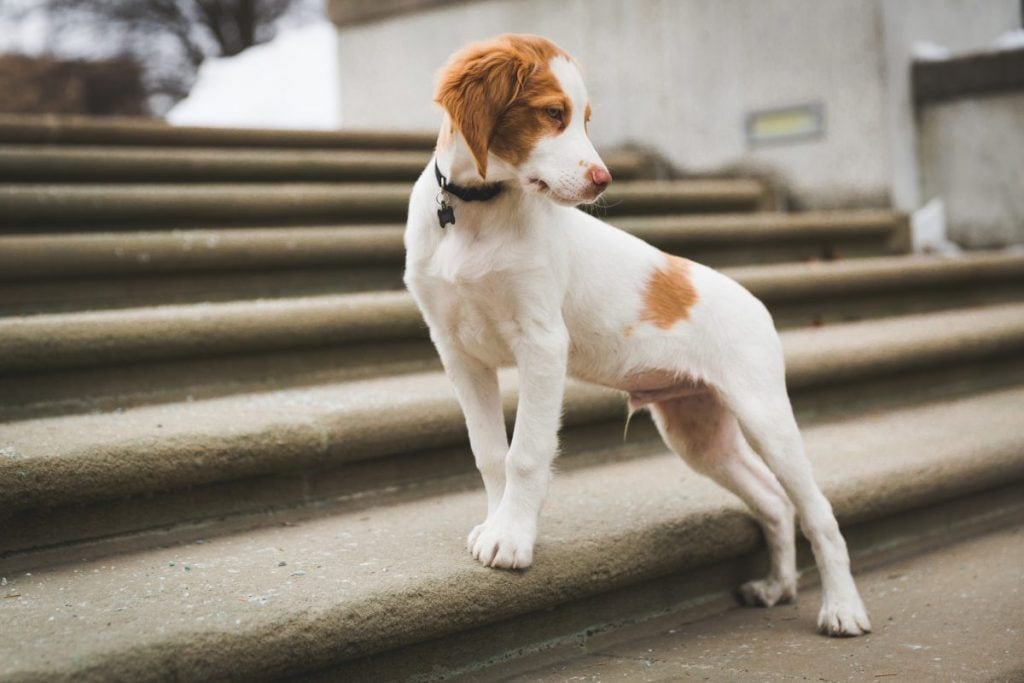 Their droopy faces and mournful eyes may give them a doleful look, but basset hounds tend to have a happy, easygoing personality that charms everyone who meets them. They do have a stubborn streak and can become obsessed with interesting scents to the point of ignoring commands, so they can be a challenge to train. However, their patient and affectionate natures tend to make up for those difficulties. 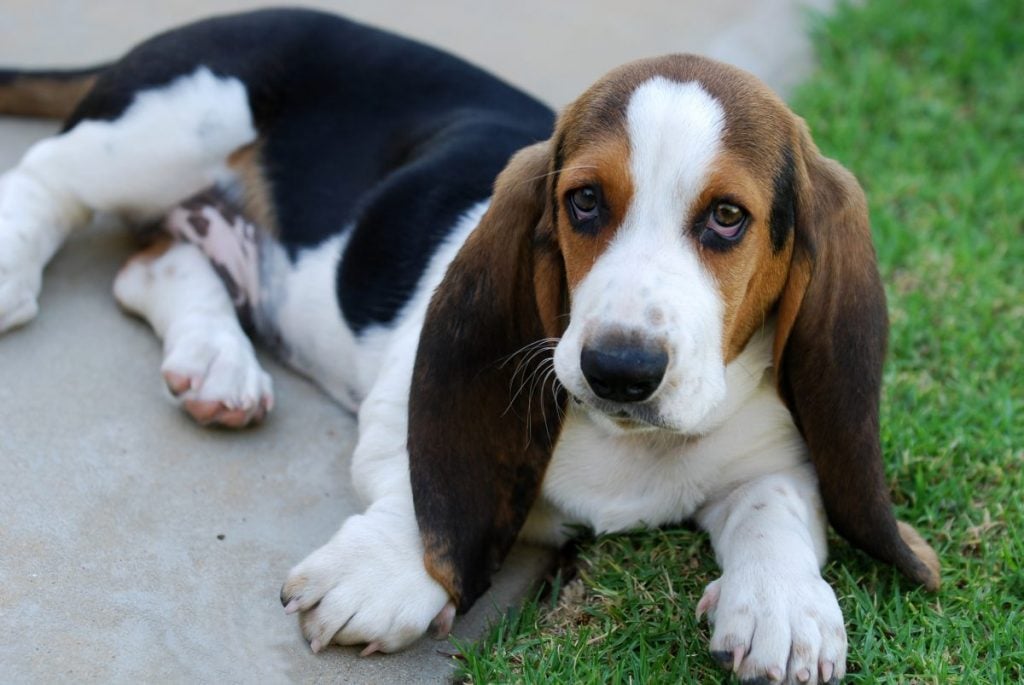 Schnauzers come in various sizes, but the standard schnauzer is right in the middle. These dogs originated as an all-around farm dog, so they generally have tolerant, versatile temperaments. Since one of their historic duties was protecting the farm and flock, they can be aloof with strangers, but they are loyal and calm around their families. Young schnauzers can be rambunctious and destructive if not given enough exercise, but they generally calm down around the age of two. 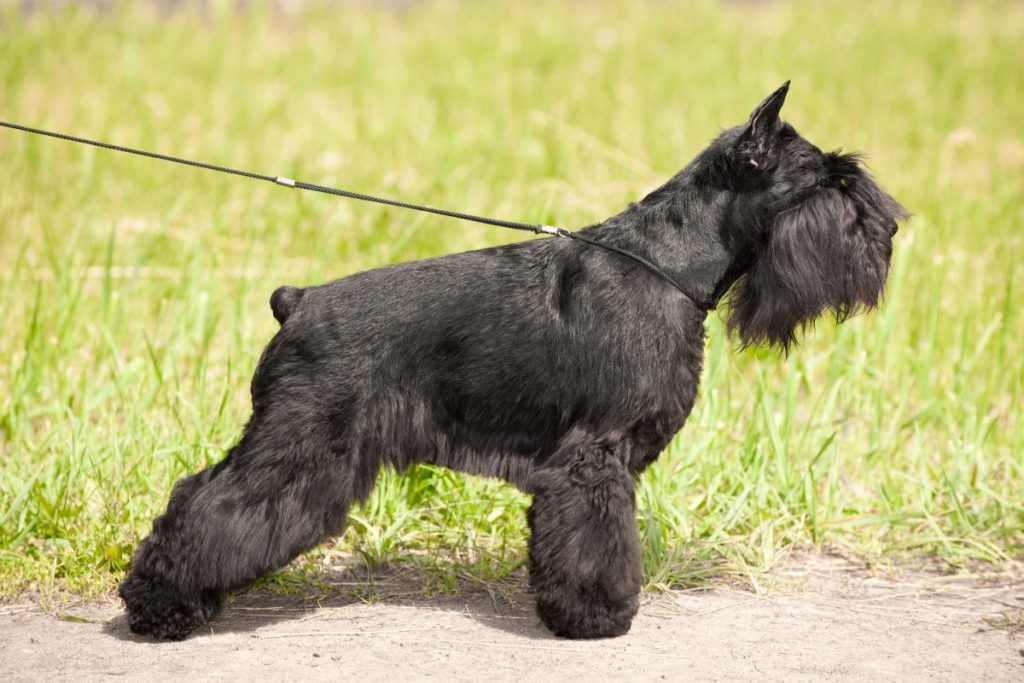 Although their broad faces and muscular bodies give American Staffordshire terriers a tough look, their owners often describe them as lovable goofballs. Often referred to as AmStaffs for short, these dogs tend to be friendly, energetic and confident. They tend to be stronger than many other medium-sized dogs, so regular training is important. They often have a medium energy level, so they're equally happy hiking all day or relaxing on the couch. 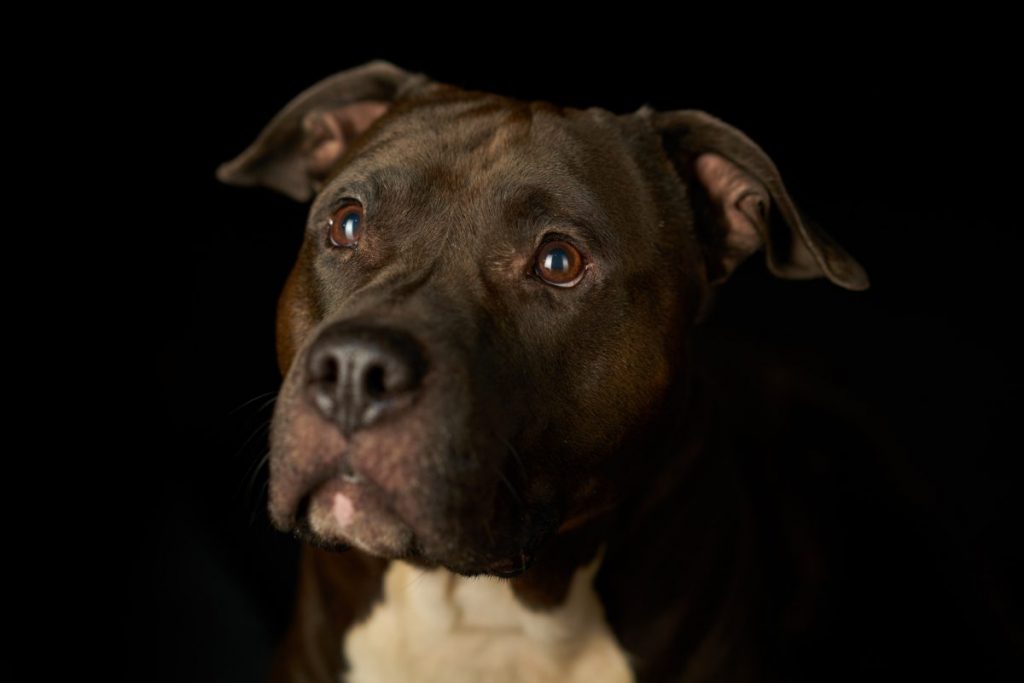 This hardy breed was created to herd livestock in the harsh Australian outback, and their bold and tenacious personalities make them more than up to the task. Although they have a notorious stubborn streak, Australian cattle dogs are highly intelligent and bond closely with their owners. They need a lot of exercise and a job to do. If they get bored, they can be very destructive and difficult. However, in a suitably active home, they will be loyal, fun and affectionate companions. They are sometimes also referred to as blue heelers or Queensland Heelers. 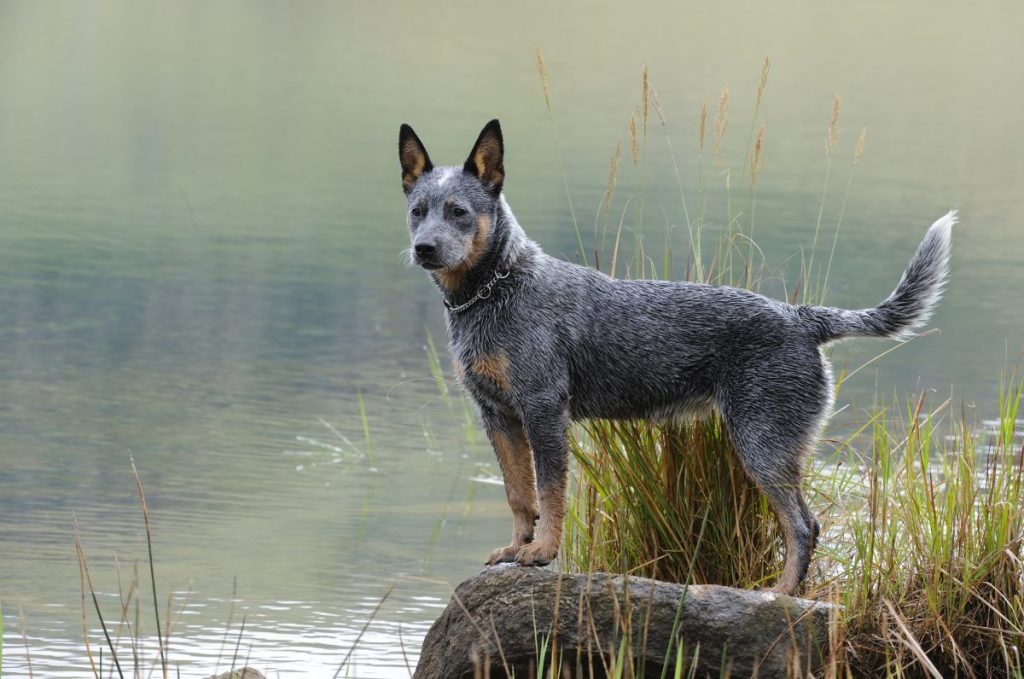 If you're looking for a big personality in a small package, the Welsh corgi may be the dog for you. These adorable little dogs were bred to herd, so they have plenty of energy. They're also intelligent, affectionate and love to be included in everything their family does. They tend to be good with children, although they may try to herd small children when first introduced. Corgis tend to do well with new people and dogs, so they're great for people with more social lifestyles. 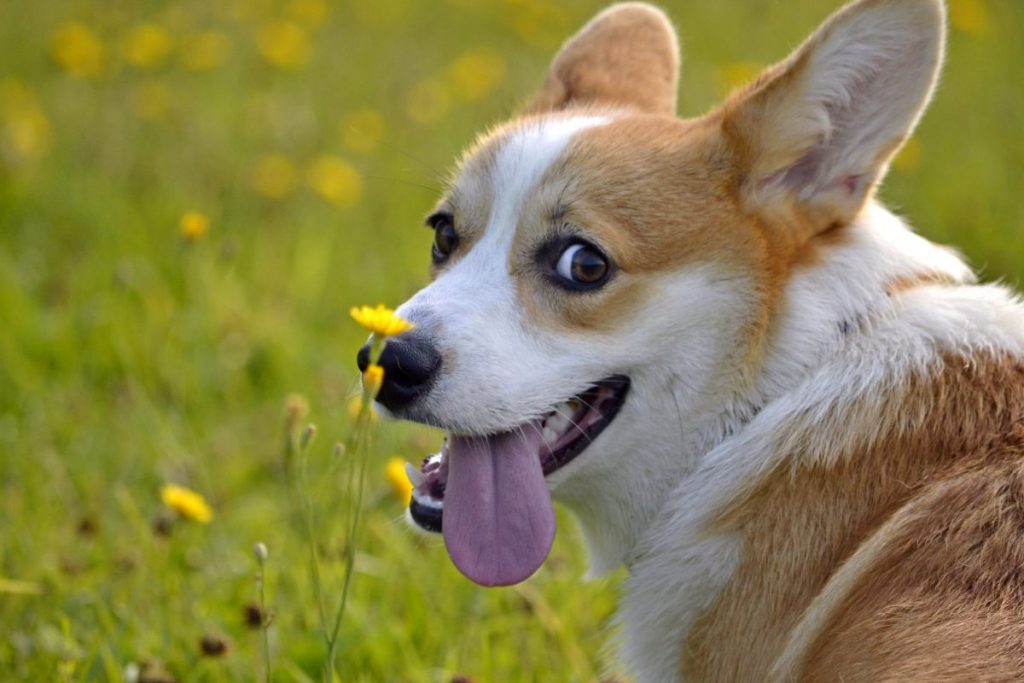 With their long, flowing coats and big, sweet eyes, it's no wonder that Cocker Spaniels are one of the most popular breeds. They tend to have gentle, friendly personalities that make them excellent companions. Most are also somewhat sensitive and shy, so they do best with positive training methods. Some may be so sensitive that they develop separation anxiety or other nervous behaviors, so early socialization and training is particularly important for this breed. They're fairly small, typically standing less than 16 inches tall at the shoulder, but they have the stamina and energy to keep up with outdoor activities. 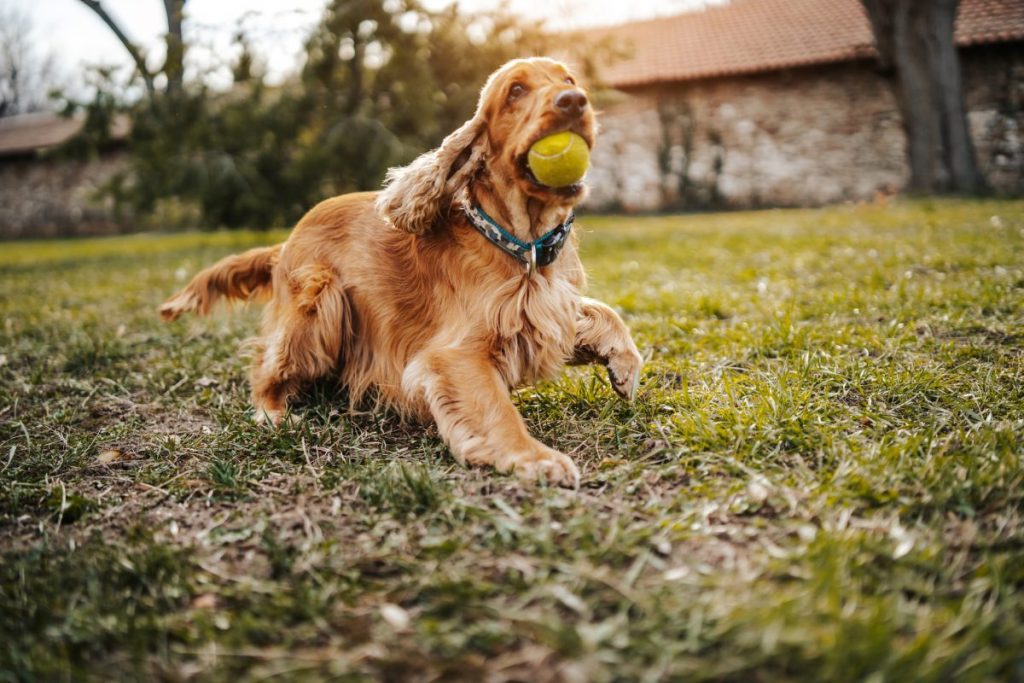 They may not technically be a breed, but if you're looking for a friendly, hardy, medium-sized companion, a mixed-breed dog from your local shelter or rescue may be just right. Mutts can have a variety of temperaments and energy levels so you can find everything from a lazy couch potato to a high-energy running or hiking buddy. If appearance matters to you, mutts also come in every color and shape you could want. You may have to meet a few mutts to find the right one, but you may find the perfect companion in the end. 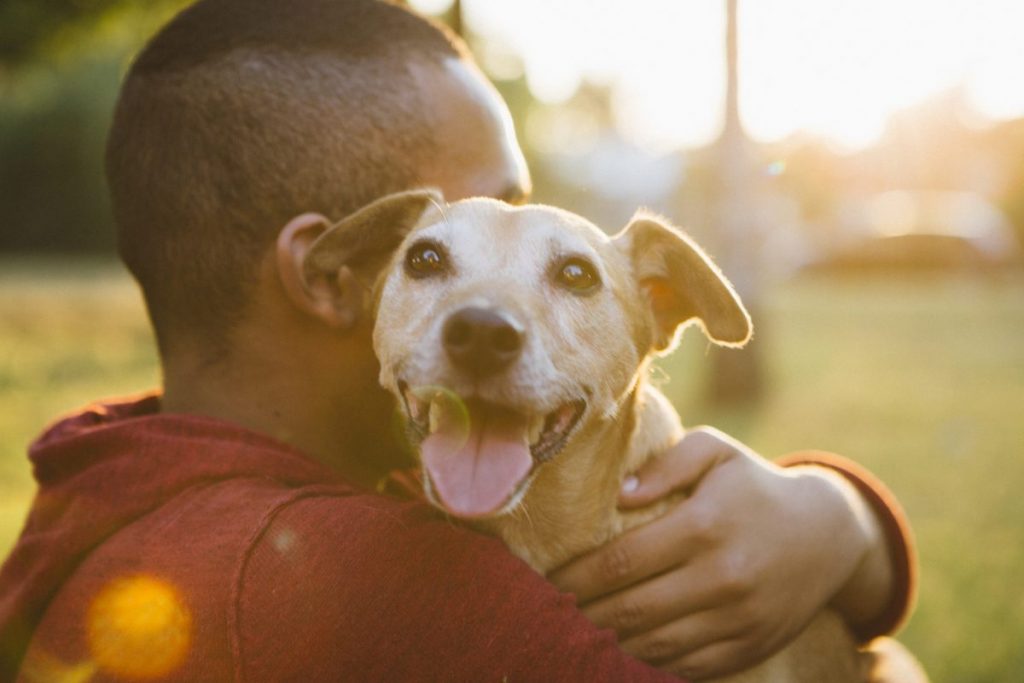