Of all the dogs in the world, the Chihuahua is probably one of the most misunderstood. But, there are many reasons why the American Kennel Club lists these tiny, yet graceful canines at number 35 on their list of most popular breeds. While they may be small in stature, Chihuahuas have plenty of personality to make up for it. They can be a bit stubborn and strong-willed, but they’re intelligent and affectionate companions that will bring you many years of faithful companionship.

The Chihuahua has genetic origins in Mexico

Archaeologists have discovered the likenesses of the Chihuahua dog on artifacts from lost civilizations all over the world. While historians don’t agree on the breed’s origins, they are likely the descendants of the Techichi dog, a heavier dog from the ancient Toltec civilization that lived in central Mexico in the 9th century. At one point, historians believed the dogs may have come from China. But geneticists specializing in canine ancestry say modern Chihuahuas share a DNA type with that of the Toltec companion dogs, which indicates this breed has Mexican roots. The name comes from the Mexican state of Chihuahua. 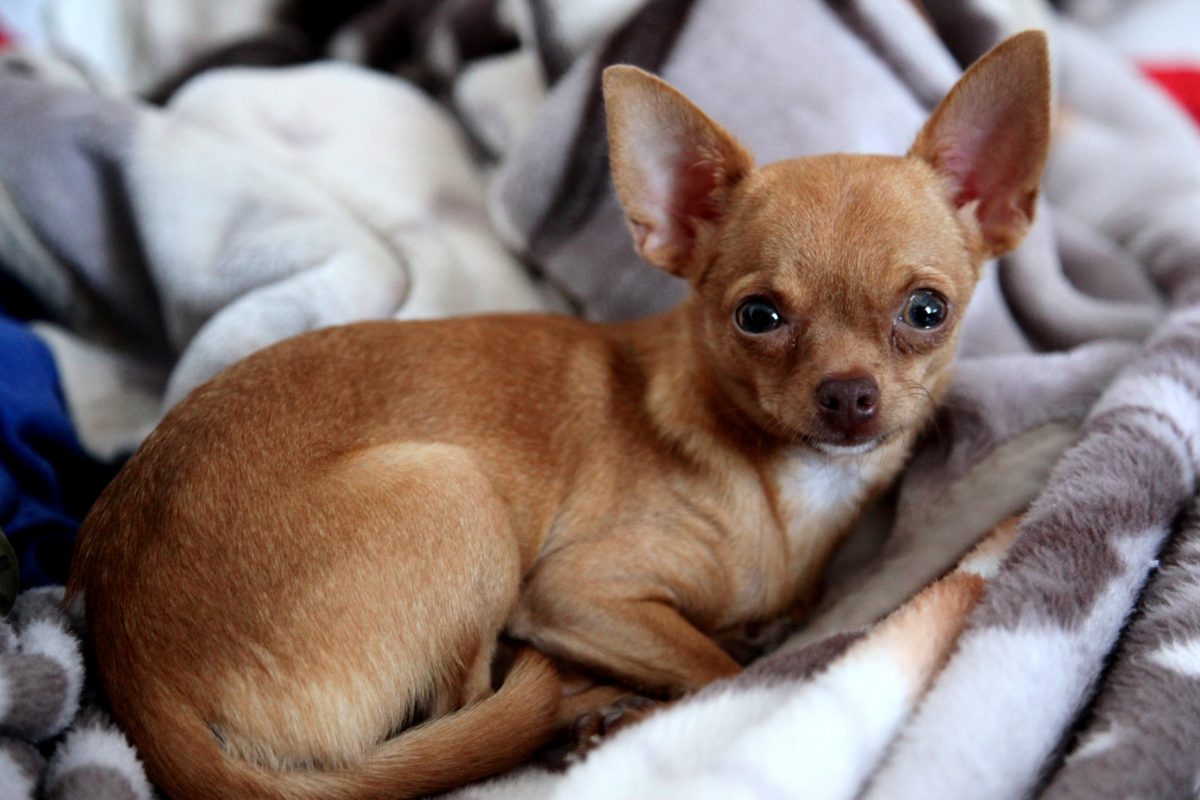 Size matters, but not to the Chihuahua

One of the most visible aspects of a Chihuahua is its size. As an adult, they should grow to between five and eight inches in height and weigh no more than six pounds. Males usually have shorter bodies than females. Yet, even though the AKC includes them in the toy breeds category, the Chihuahuas don’t seem bothered by it. They’ll stand up to much larger breeds if the need arises, so owners need to take special care to guard them against potentially harmful situations. 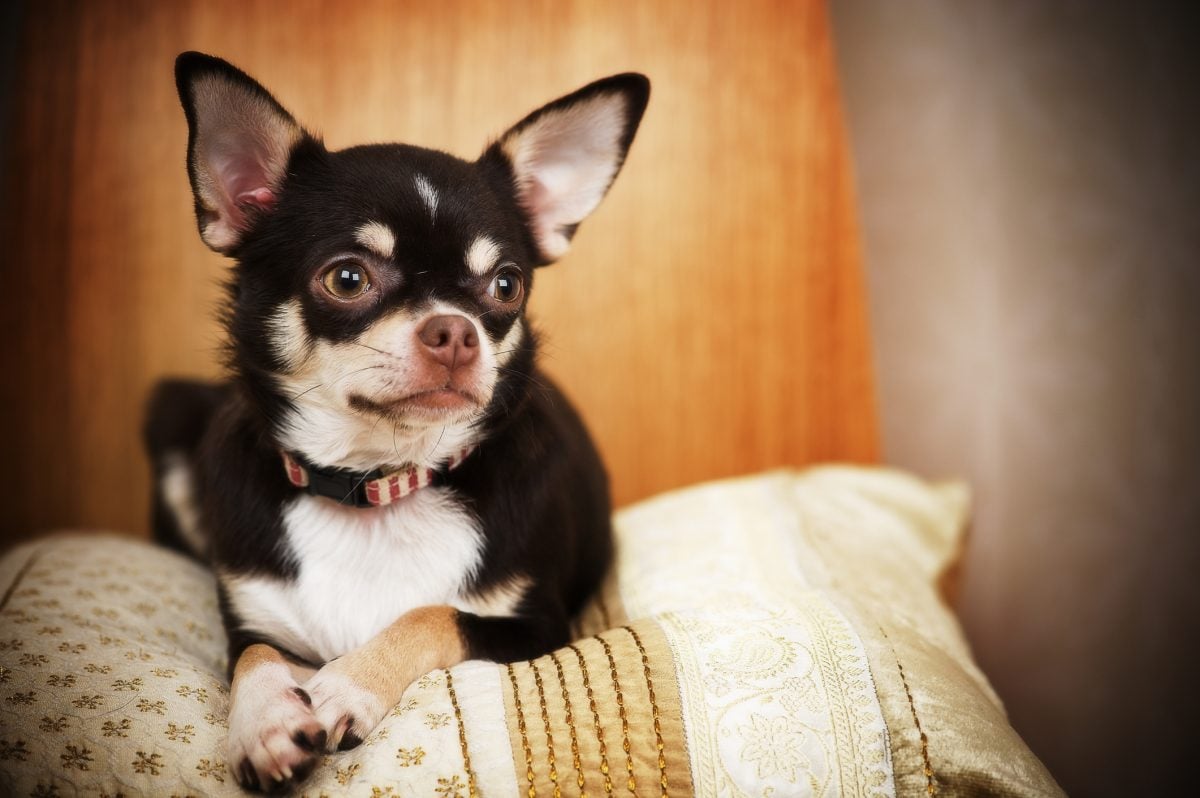 There are two different types of coats

The Chihuahua breed has two coats, smooth or long. They can be a variety of colors, including black, blue, chocolate, fawn, cream, red, gold, silver, or white. Or, they can be a combination of these colors, with white markings. Some coats are brindled, a single solid color with streaks of another color. Others are sable, meaning the hairs have black tips, with a base color of fawn or silver. Many chihuahuas have a black or blue mask, or markings in white, cream, fawn, red, or a merle or dappled pattern. 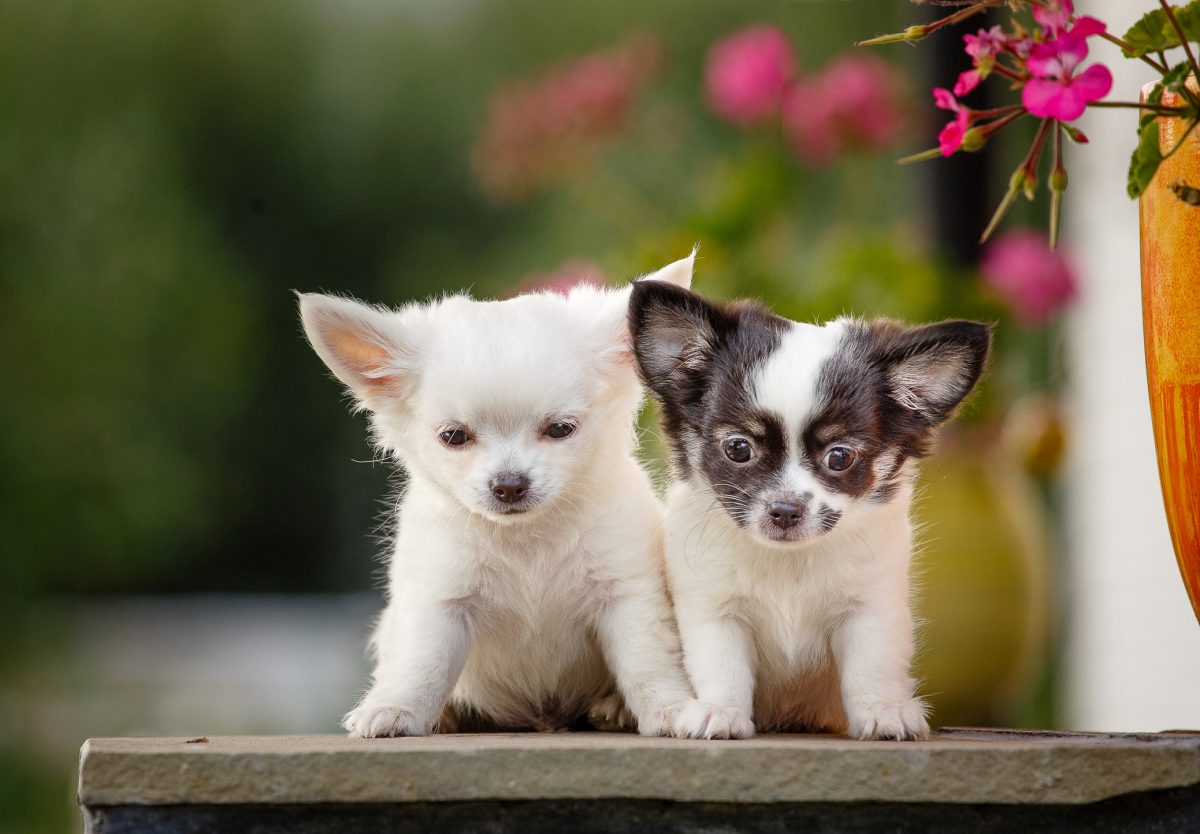 They have a big personality

Although charming and loyal, Chihuahuas have the attitude of a much larger dog. Without guidance, they can take over a household using little more than their saucy demeanor, fearlessness, and a protective instinct toward their favorite human. The only time a Chihuahua shivers is when it’s cold. Being timid or afraid is not in their nature. A unique trait of the breed is, outside of their human BFF, they prefer to spend time with other Chihuahuas rather than other breeds. 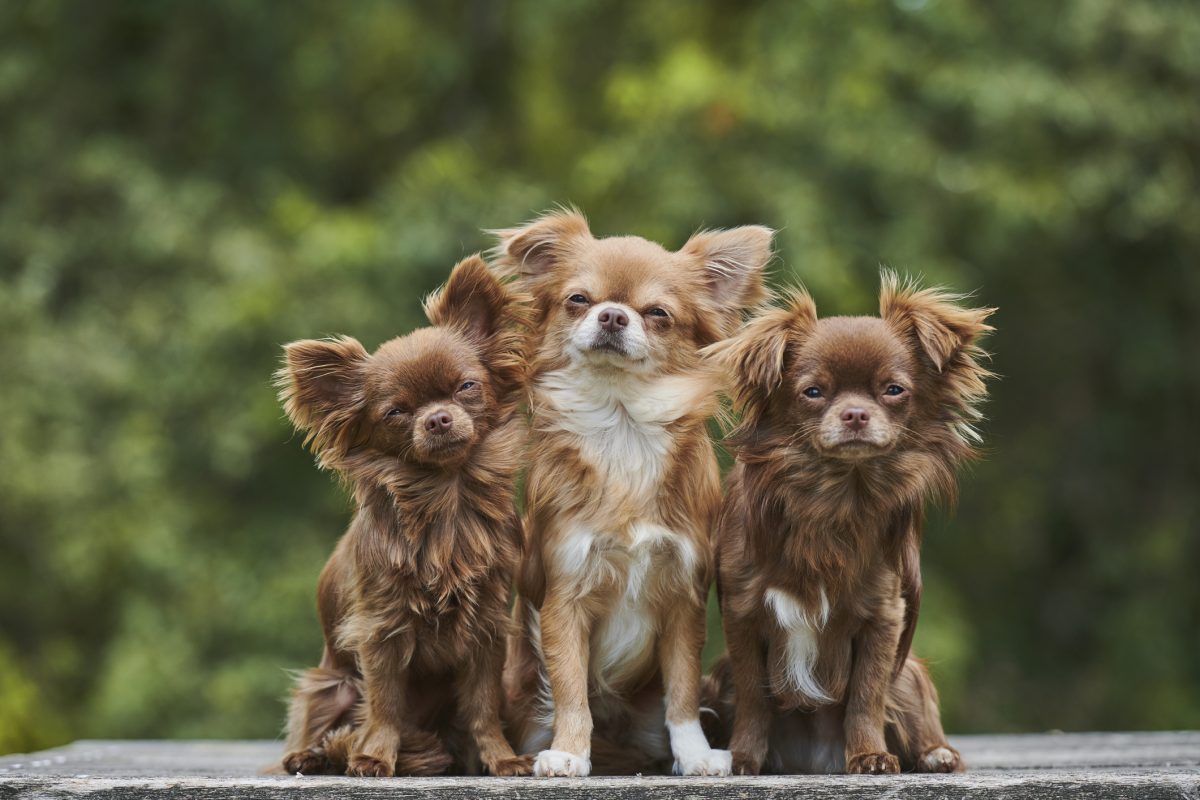 Chihuahuas often attach with one person in the household

While the breed can adapt to a family, single-person households are generally a better fit. Most Chihuahuas tend to bond with one individual in the home, even if there are other people that they interact with every day. Their desire to be close to their main person can become obsessive without proper training. They make a great watchdog due to their protective nature and will bark whenever they feel a threat is nearby. Their hearing is ten times more sensitive than a human’s, so they’ll hear sounds long before their humans do. 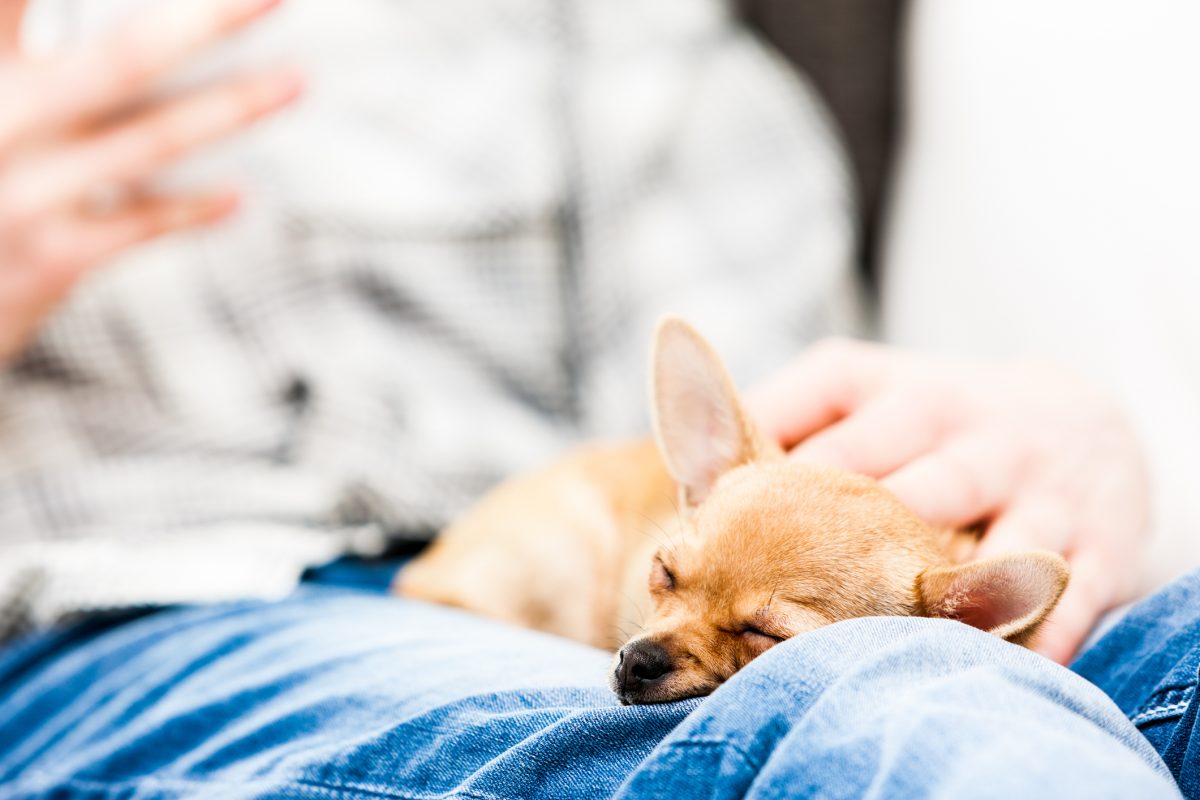 A book published in 1994 ranking the intelligence of dogs placed Chihuahuas at a below-average level based on opinions of obedience judges. But those familiar with the breed questioned the accuracy of the low ranking. Working dogs like Border Collies or German Shepherds, for example, have higher obedience and working intelligence levels. A Chihuahua’s motivation is to be a devoted companion. Breeders honed them to be lap dogs and develop strong bonds with their owners. Their intelligence is both instinctive and adaptive, which researchers say is more important. However, it doesn’t mean that some Chihuahuas can’t excel at obedience trials as well. 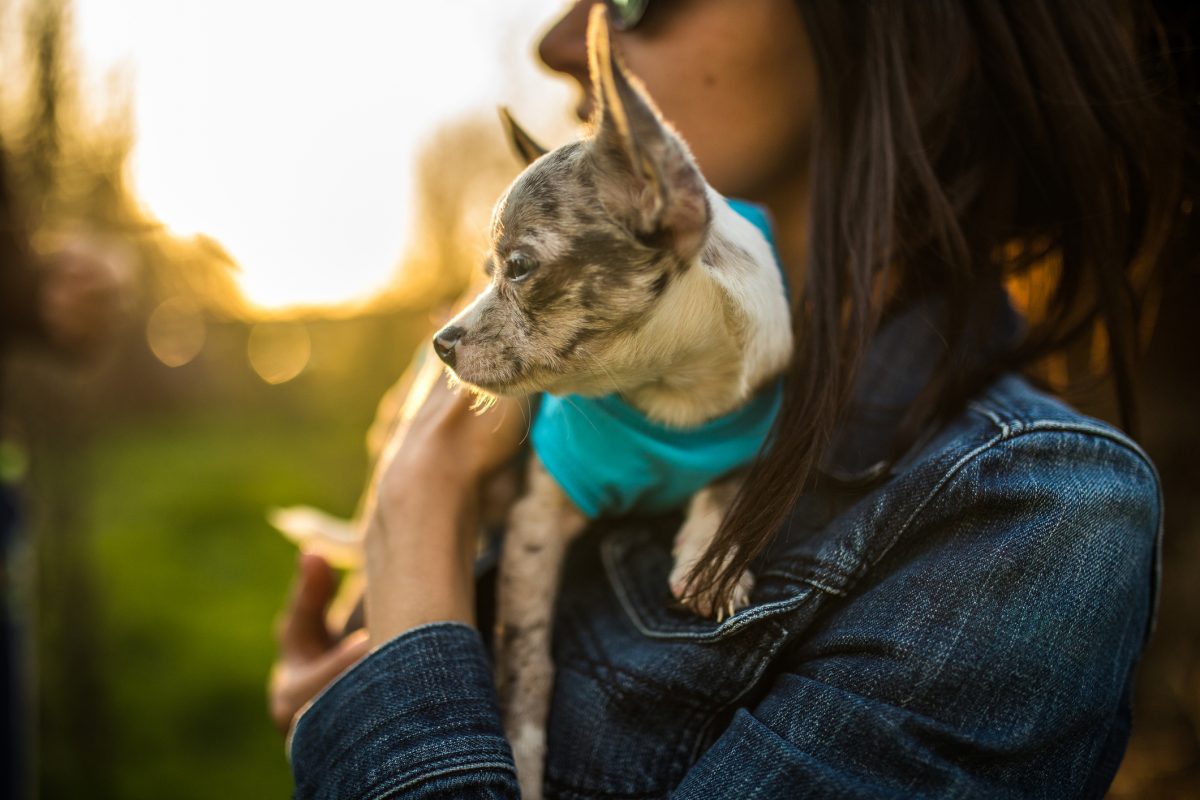 They need exercise and training like any other breed

The Chihuahua is an excellent apartment dog, sheds very little, and requires minimal grooming. They take up very little space. Chihuahuas prefer curling up next to their favorite person, rather than running around and wreaking havoc in their home. These little canines have a lot of energy, but they tire out easily. Because they tend to be stubborn and strong-willed, socialization with people and other dogs is important, beginning in puppyhood. Daily walks, obedience, or agility classes, and other activities will help prevent behavioral issues and keep them physically fit. 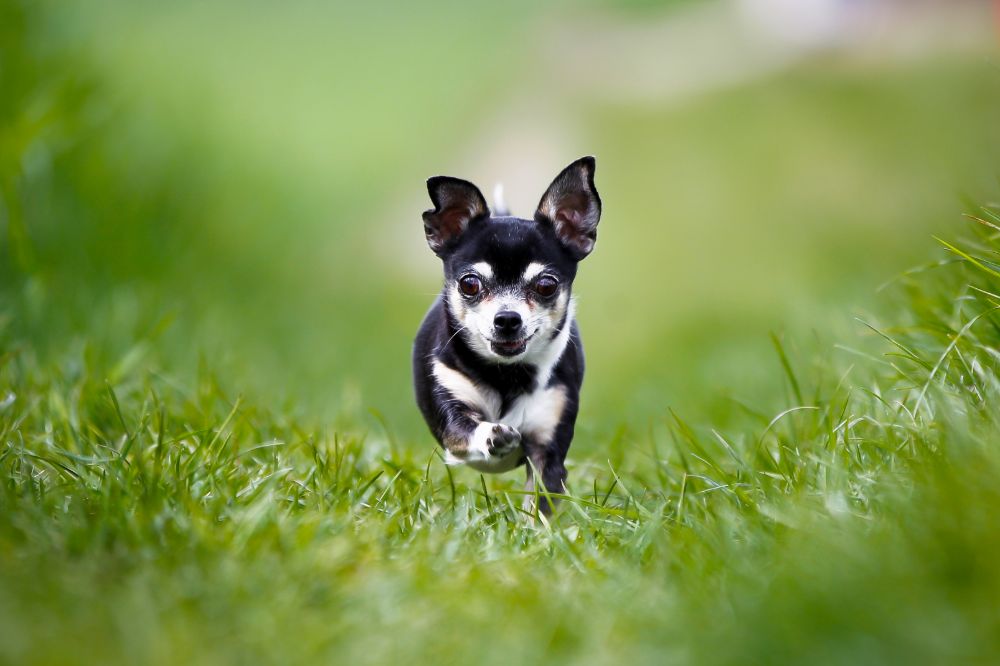 A Chihuahua has specific dietary needs

Chihuahuas have high metabolisms. Twice-a-day feedings with quality dog food will keep your Chihuahua healthy. However, these tiny dogs tend to become overweight, so owners should keep an eye on the pet’s daily calorie consumption. As puppies, Chihuahuas need access to food at all times, or they will become hypoglycemic, meaning they’ll experience low blood sugar. Signs of the condition are listlessness and a lack of energy. Hypoglycemia can be a life-threatening condition. 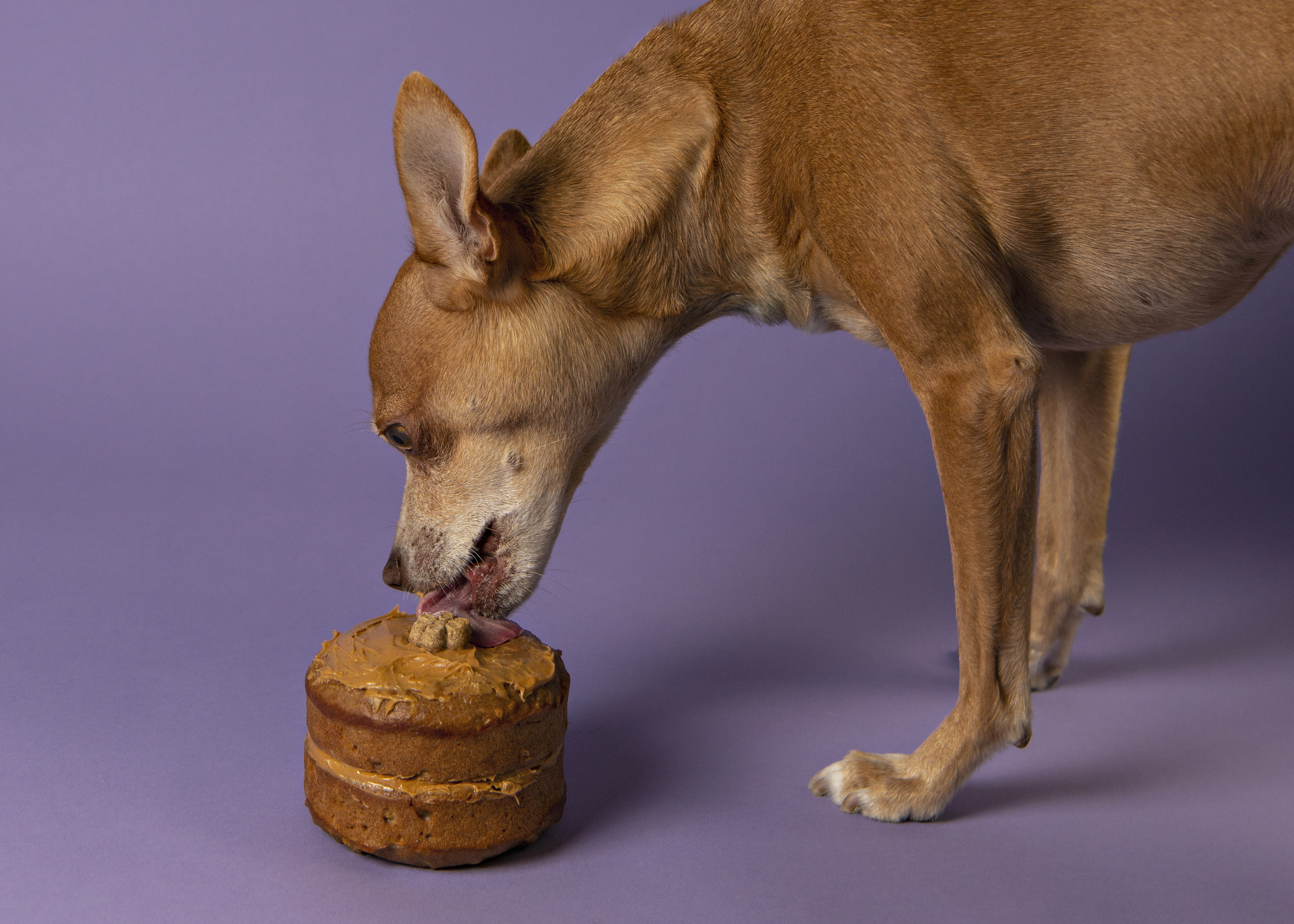 One of the top benefits of sharing your life with a Chihuahua is that they have the potential for being around for a long time. These pint-sized pets have a life expectancy of 14 to 16 years. But like all breeds, there are health conditions that regularly occur within the breed. Smaller dogs like the Chihuahua tend to have issues with displaced knee caps. Because of their protruding eyes, they are also prone to genetic eye disorders. And, some Chihuahuas have a molera, a soft area under the forehead skin, where the bony plates of the skull failed to fuse. A veterinarian can identify the issue through an exam. 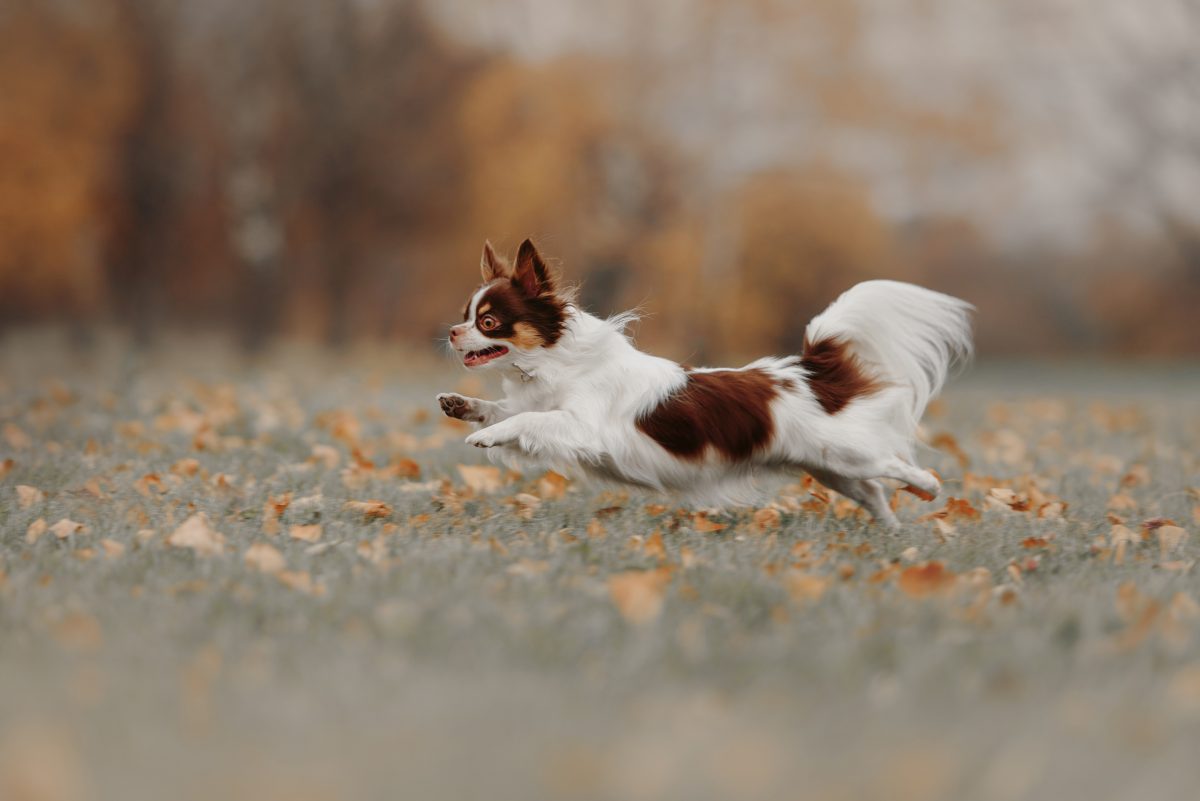 There is no teacup-size size Chihuahua

Some breeders charge a premium price for a super-small Chihuahua. They may be cute, but the AKC does not recognize any sizes outside of the breed standard. Dogs described as “teacup size,” weighing two to three pounds, are more fragile and prone to medical issues, including hypoglycemia. The recognized health challenges—such as eye disorders—that occur in the Chihuahua breed can have more serious health implications in these smaller dogs. 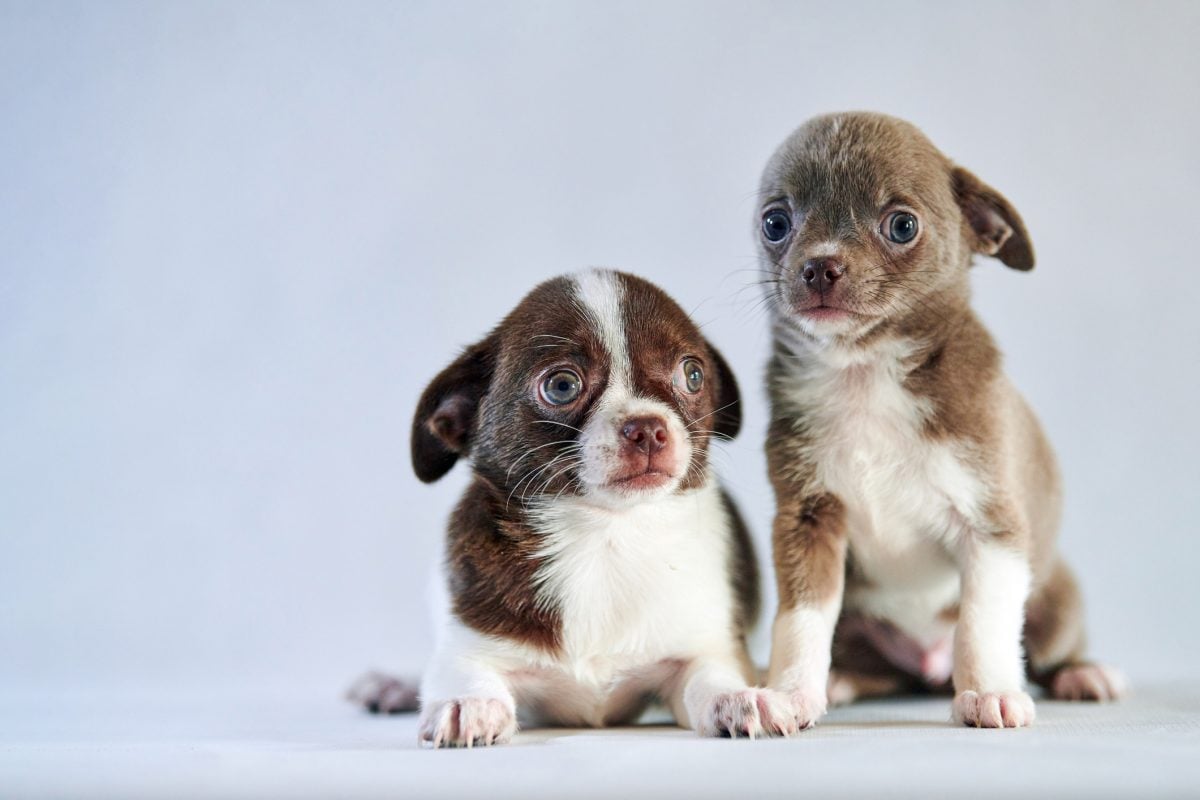