The Facts About Mucus in Dog Poop

A dog’s poop can alert an owner to health issues. The consistency, shape, content, color, and size of a dog’s stool change for a variety of reasons. These changes can be a sign of a gastric issue, a sudden change in diet, an infection, or a parasite. Mucus-covered poop is one of the more alarming issues for owners. A couple of mucusy stools doesn't necessarily require a trip to the veterinarian. But longer bouts of the issue can indicate that something’s just not right with your pet. A veterinarian should evaluate the dog’s health.

Some mucus expelled with a dog’s poop isn’t unusual. A canine’s lower intestinal tract normally produces a clear, jelly-like mucus. It has a slimy appearance. This mucus lubricates the colon and helps the dog’s stools pass easily through its system. The mucus also helps prevent constipation. Occasionally, this slimy mucus accumulates at the end of the GI tract or coats the stool. The dog will expel this with their poop. In most cases, the mucus is sporadic and is a normal part of your pet’s elimination process. 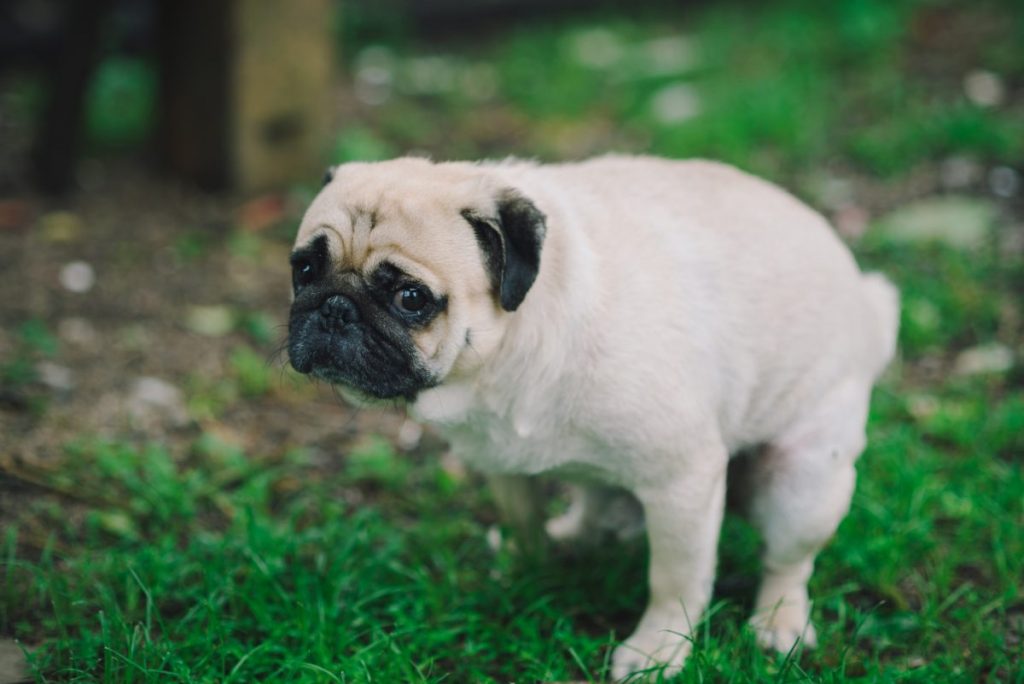 If your dog suddenly starts to experience mucus-covered poop and also experiences diarrhea, it may indicate a bigger problem. Mucus-filled diarrhea that lasts longer than 24 hours warrants a trip to the veterinarian. Other signs that the mucus is a sign of a health issue include: 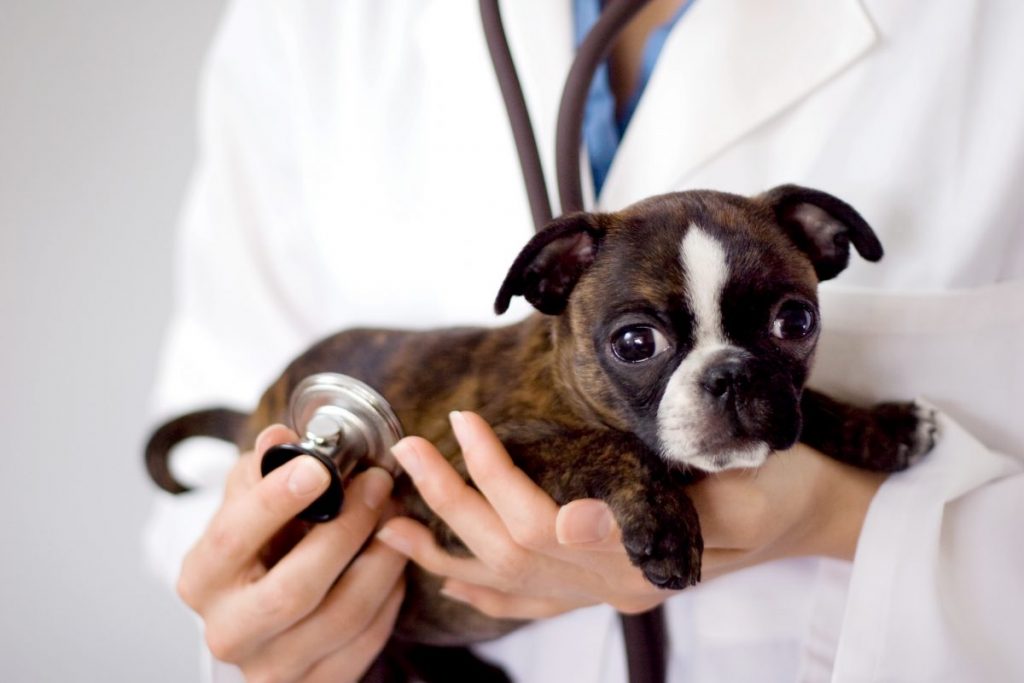 If your dog experiences additional symptoms along with loose, mucousy stools, their body could be fighting off some type of infection or parasite. A change in stool appearance and consistency that accompanies a loss of appetite, fever, lethargy, weakness, and dehydration are all signs of a more serious issue. Sometimes a dog’s stool is firm when it starts but then changes to a very soft or loose bowel movement with a coating of mucus. A single stool with this consistency deserves a close eye and observation of your pet’s behavior. More than one mucus-covered stool could indicate that the dog is experiencing a variety of issues that require veterinary care. 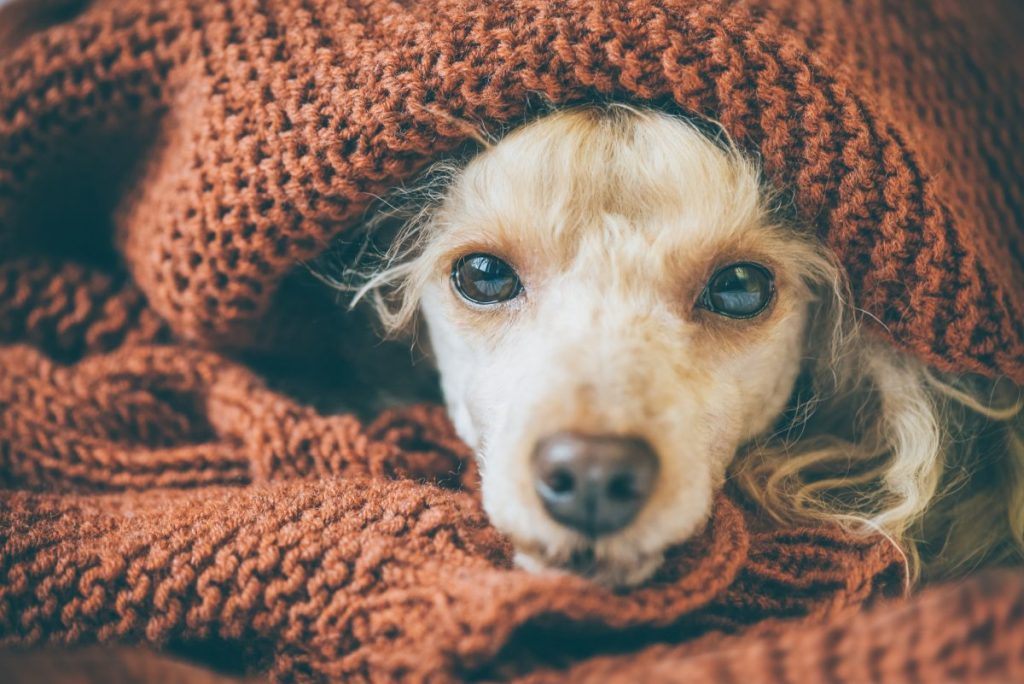 Soft stools with mucus coatings could indicate parvovirus, a highly contagious virus. It causes severe gastrointestinal issues, including vomiting, bloody, mucus-covered diarrhea, dehydration, weakness, anorexia, fever, and weight loss. The virus is spread from one dog to another through close contact or contact with contaminated stool or environments. Infected kennel cages and floor surfaces, food and water bowls, and collars can expose a dog to the virus. People transmit the virus by bringing it into the dog’s environment on their shoes, clothing, or hands. Puppies and dogs under six months of age are especially vulnerable. Immediate veterinary care is crucial. 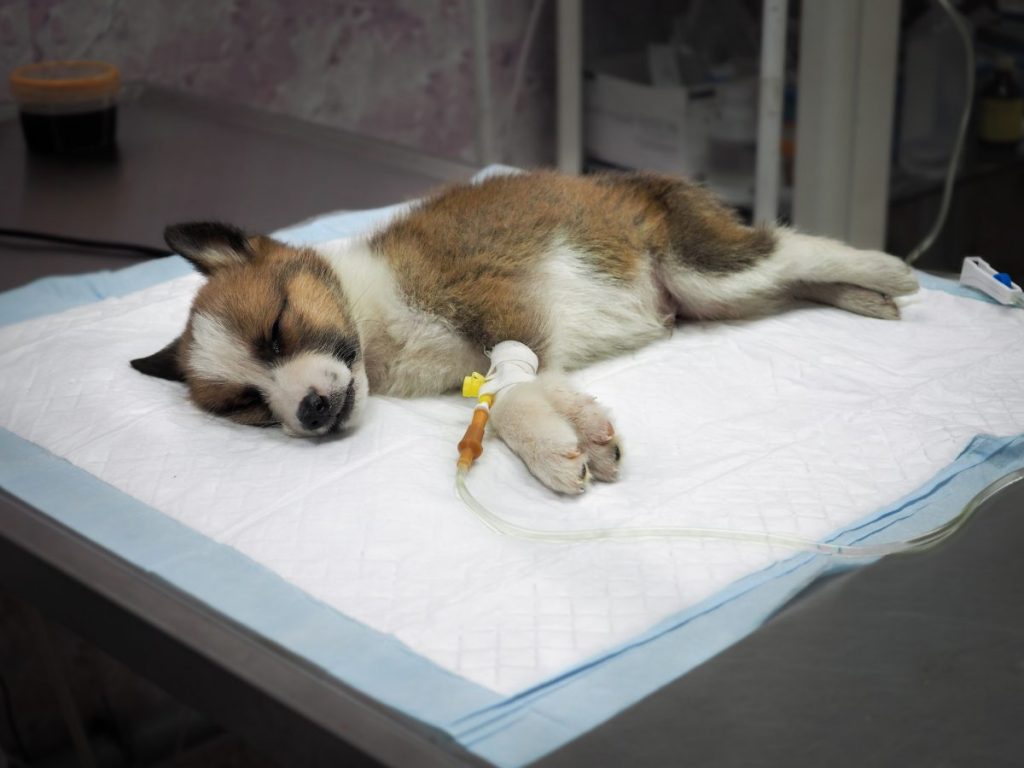 Like humans, dogs feel stress. When dogs are feeling anxious, they may have diarrhea that contains mucus and small amounts of blood. They may strain while pooping, or they have to poop frequently. Dogs under stress sometimes feel the urge to have a bowel movement, but their colon is empty, and they can’t. Anxious dogs may also whine, shake, pant, or shed more. The physical symptoms and mucousy diarrhea usually resolve themselves within 24 to 48 hours or when the owner addresses the source of the stress. 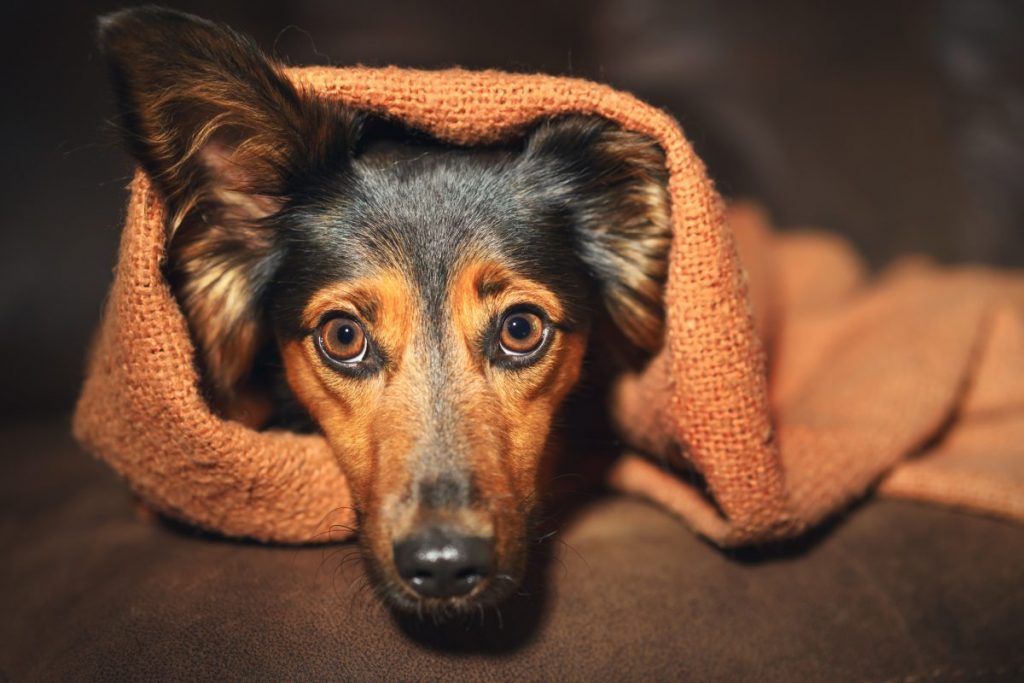 Chronic diarrhea covered in mucus can also indicate a food allergy or intolerance to a specific food. All dog foods are not the same and contain a variety of ingredients that may not agree with your dog’s digestive system. Changing your dog’s brand or type of food suddenly can trigger loose stools containing mucus. To prevent digestive upset, change the food slowly, over 7 to 10 days. Some owners share the foods they eat with their pets, but some of these can cause gastrointestinal issues in dogs. Dairy, fried or greasy foods, raw meat, and undercooked eggs can cause problems for a dog’s digestive system. 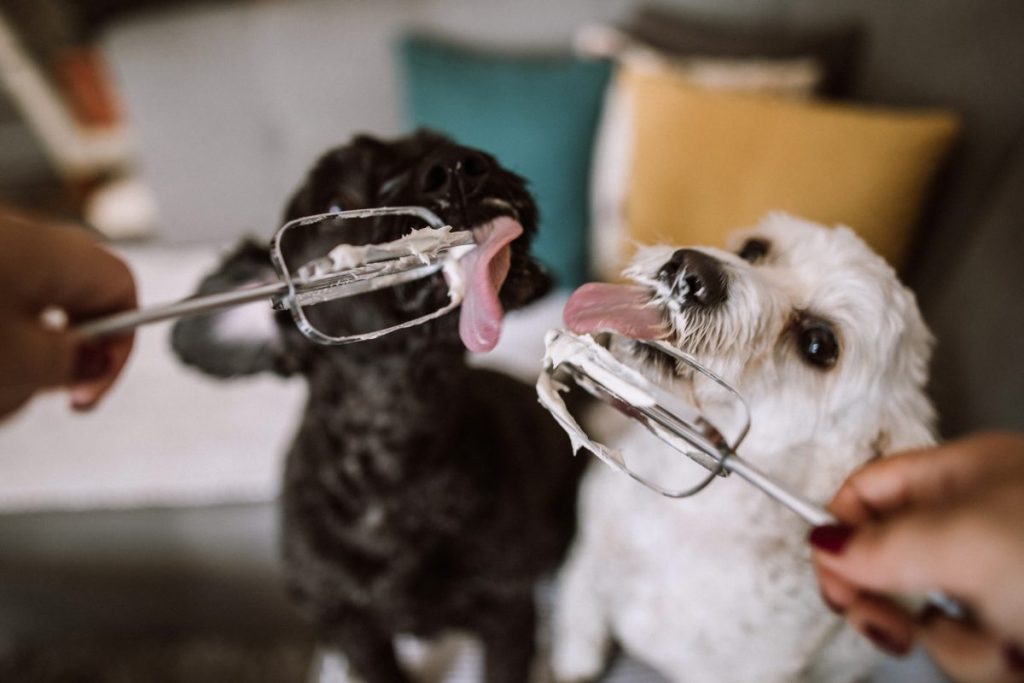 Some foods are toxic to your pet. Chocolate, gum, onions, and grapes can cause chronic diarrhea containing mucus. Toxic substances can also cause tremors, vomiting, convulsions, abnormal heartbeat, and kidney failure. If your dog ingests poison, you’ll see a change in their stools that may include both blood and mucus. A blue or turquoise-tinged color of mucousy diarrhea could indicate that your pet has ingested rat poison. Seek out immediate veterinary care if you suspect that your pet has ingested something toxic or poisonous. 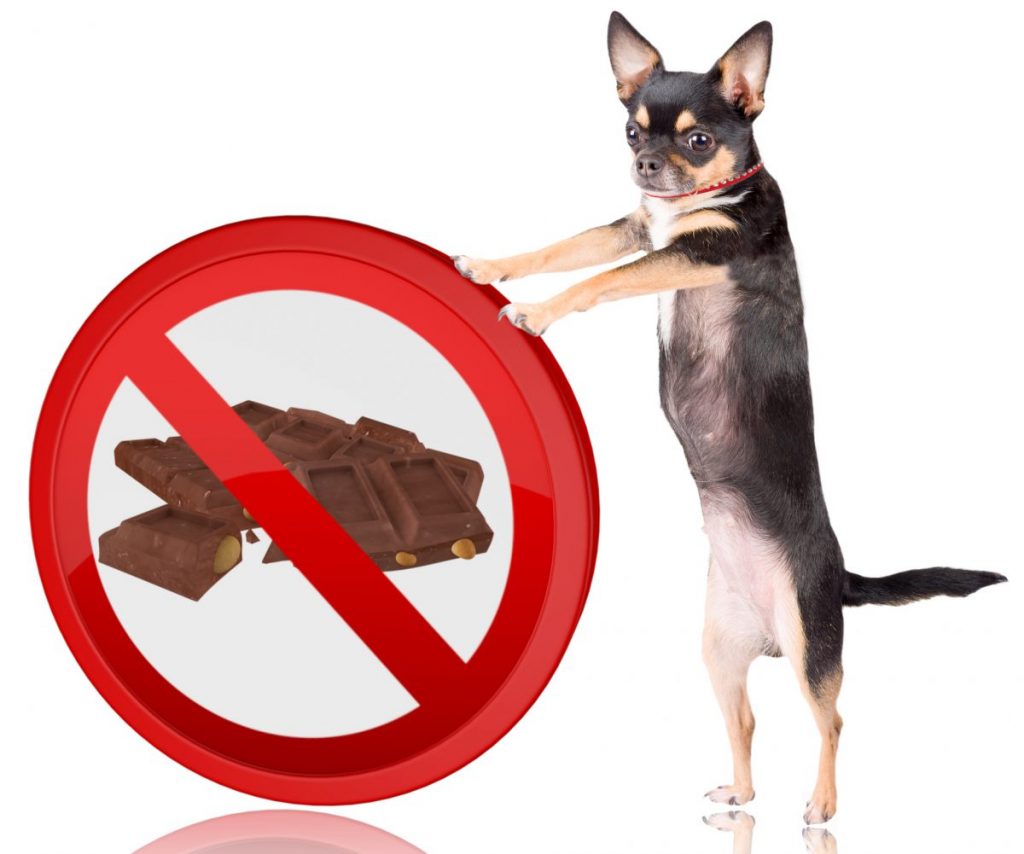 Sometimes a dog ingests foreign objects they find lying around the house or yard. If the digestive system can’t dissolve the object, it can cause a blockage in the intestinal tract or stomach. You may see your dog straining in an attempt to release a stool. This straining often leads to increased production of mucus. If the dog can manage to push out stools, they may include both mucus and blood. If the mucus is yellow, it generally indicates an obstruction of some kind. These obstructions can cause an infection, so it’s best to have the issue checked out by a veterinarian. 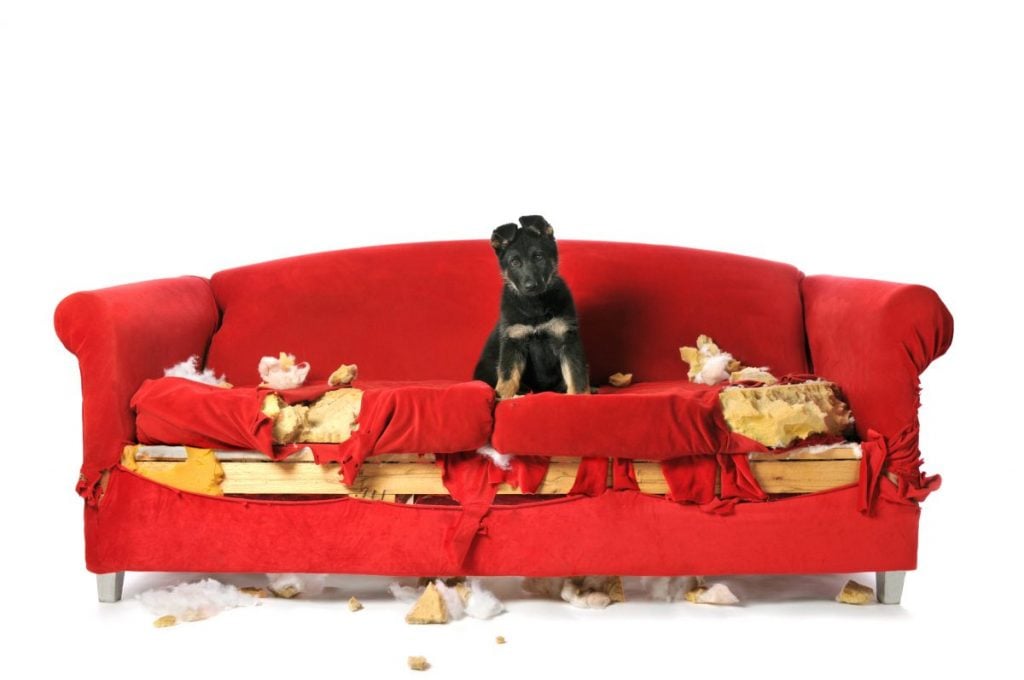 Intestinal parasites such as roundworms, hookworms, whipworms, or giardia can cause blood and mucus in a dog’s stools. These parasites live in a dog’s intestinal tract and are not visible to the naked eye. They pass microscopic spores or eggs into your dog’s stools. Some worm species lay up to 200,000 eggs each day inside your dog’s intestines. Recurrent diarrhea mixed with mucus is a common symptom of worm infestation. Veterinary treatment methods are effective. Once a vet diagnoses and removes the parasite, the dog’s stools resume their normal consistency and appearance. 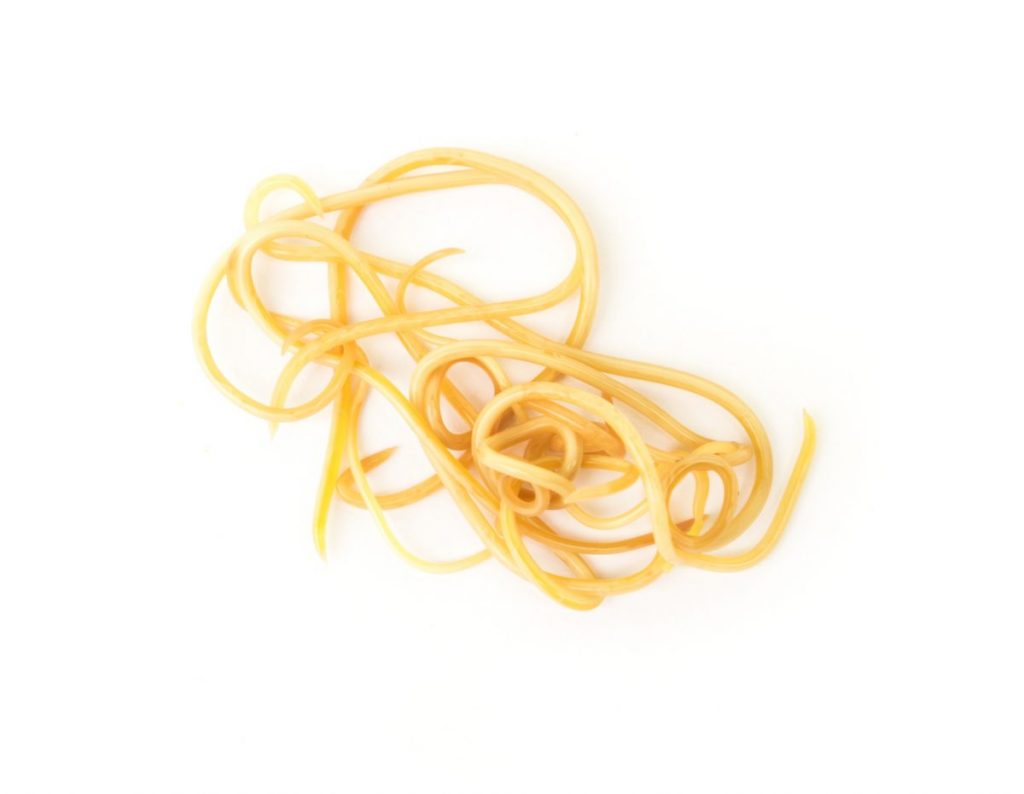 Other Causes of Mucus in Dog Stools

Several other conditions and illnesses can lead to mucus in a dog’s poop. 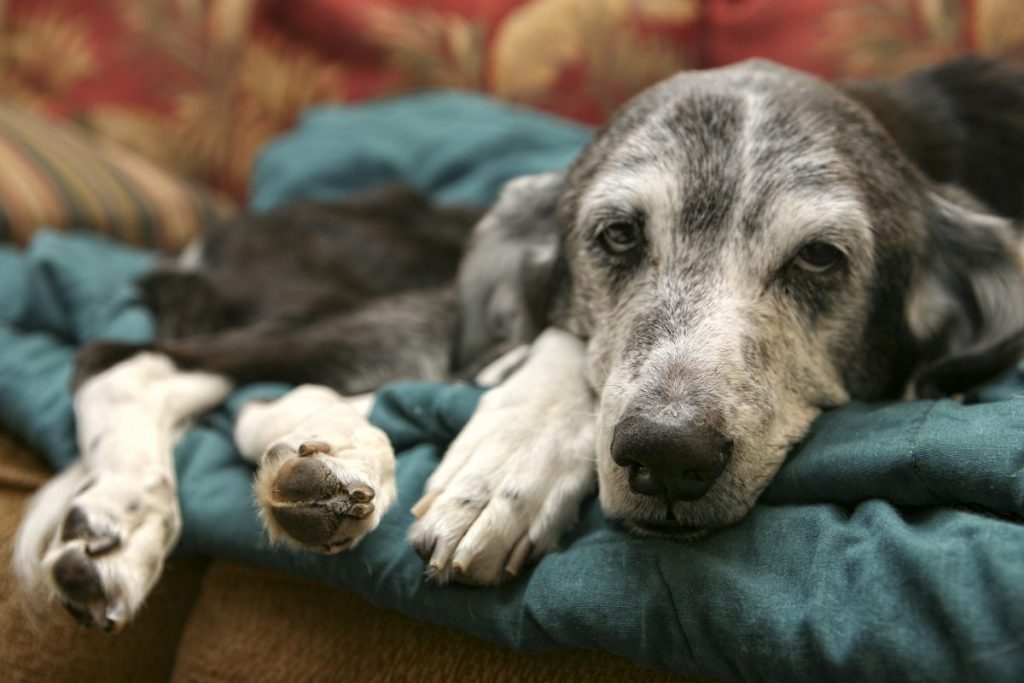