The Best Dog Names For A Boy Dog

When it comes to the excitement of getting a new puppy, there's plenty to consider - do you have the right breed for you and your home, and have you adequately prepared for the latest member of your family? Perhaps most exciting of all is getting to pick your new best friend's name.

Now you could be of the school of thought that believes a dog will be the same no matter the name, or perhaps you feel strongly about having a specific and unique name.

It's important to remember that when it comes to the way that dogs process sound. In general, they will have a much easier time hearing hard consonants (like 'ck' or 'g') and long vowels (like 'ee' or 'oo'). In general, dog trainers recommend a one or two-syllable name, as it's easier for your dog to identify it.

Your dog may come with a pedigree name, which is longer and contains more syllables. If so, it might be worth seeing how you can abbreviate it to make your life a little easier. 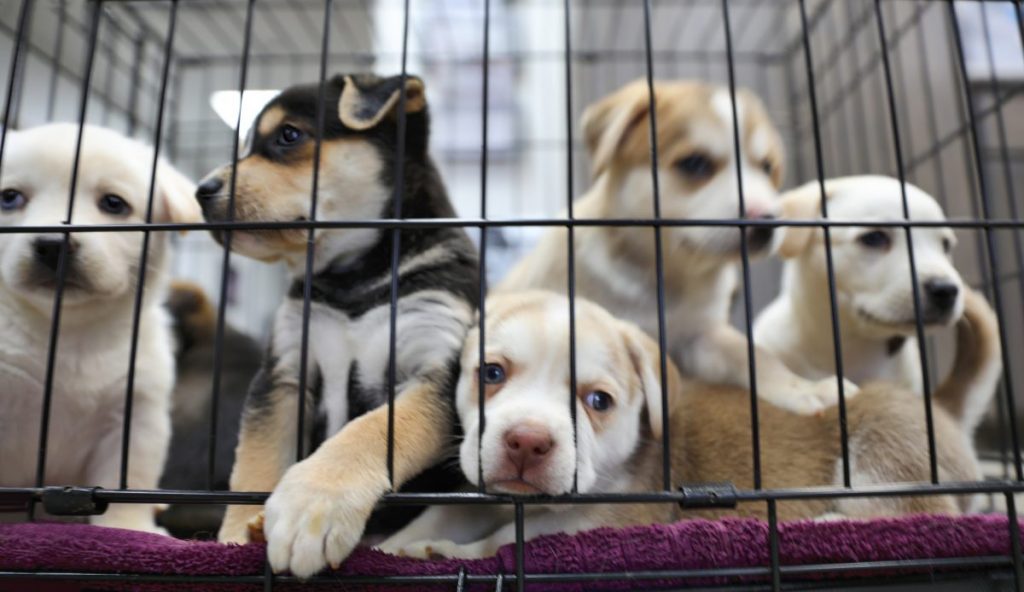 Don't Be Too Confusing

You'll be saying your dog's name a lot, so it's important to make sure that you have a name you don't feel sheepish about calling out in public. It's important to remember that you also want to be able to catch your dog's attention, without confusing him in the meantime.

This can mean avoiding names that sound like popular commands so that you don't overwhelm or confuse your four-legged pal. Ideally, you'd want to steer clear of homophones for words like 'sit,' 'stay,' or 'no.' 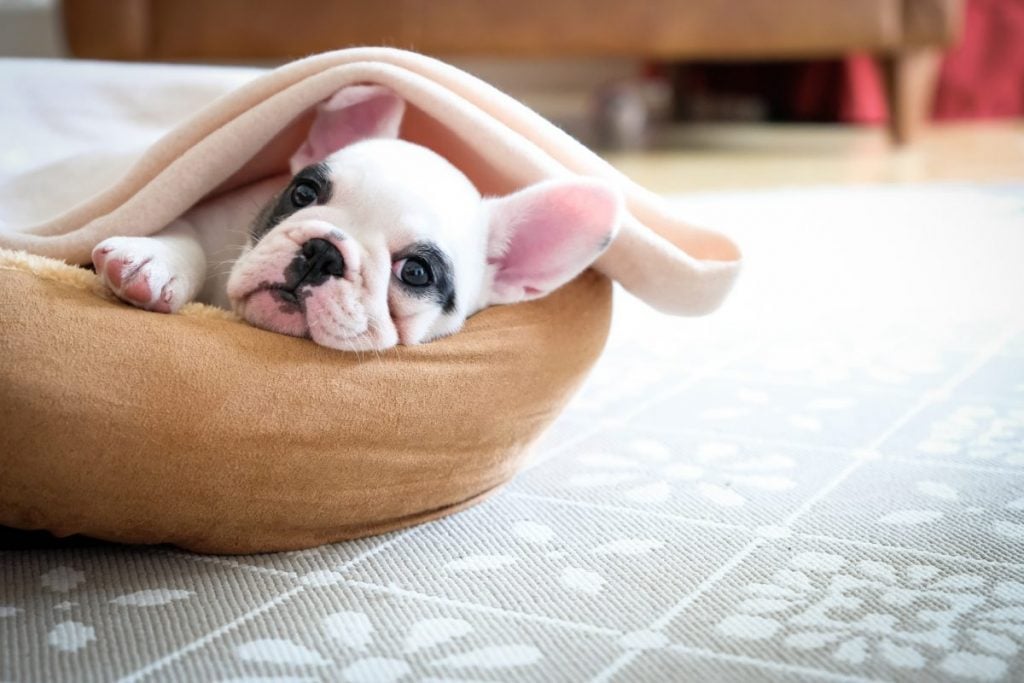 Where Do Popular Dog Names Come From?

In general, the most popular place for people to get a dog's name is from popular culture. In fact, according to some surveys, one in three pets get their names from a television show, book, movie, or video game. This might be the name of a famous dog in the series, like Sirius or Padfoot, or the name of somebody's favorite character.

Which leads into the other most popular genre of dog name - just over 35 percent of pets get given a traditionally human name, which is perfect if you want a name which sums up your dog's character. 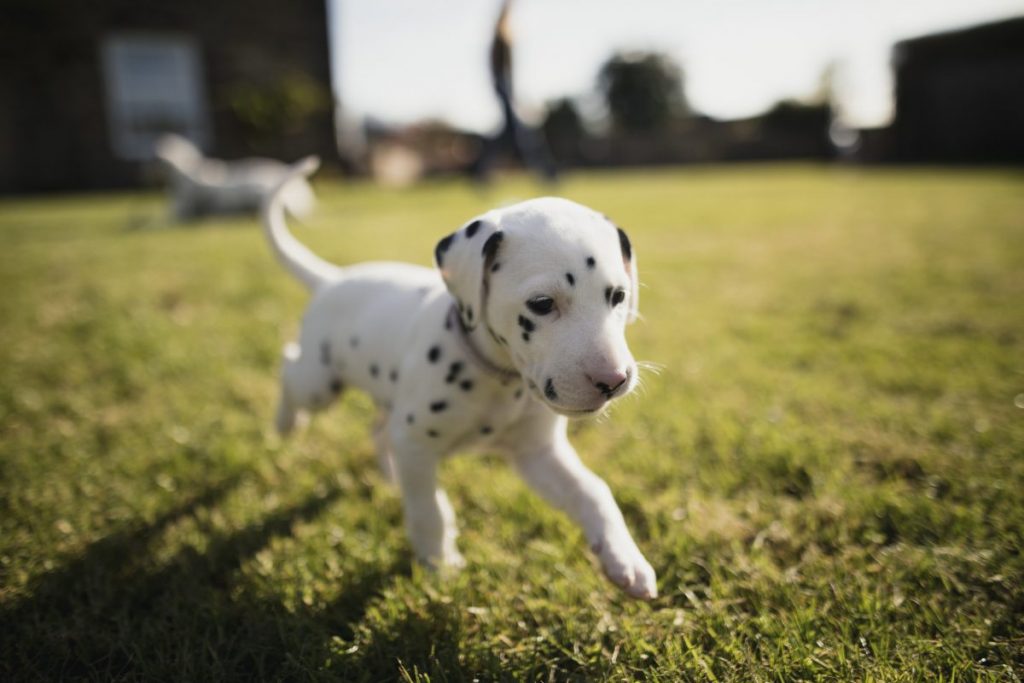 How Unique Should The Name Be?

It's important to consider that you will be trying to call your dog's name, sometimes trying to get their attention from the other side of a dog park, which is where it can get confusing if you've gone with a super-popular name. After the success of Game of Thrones, you might expect a few dogs to be called Tyrion or Bran. But remember, if you're calling your dog, you don't want somebody else's to come running. 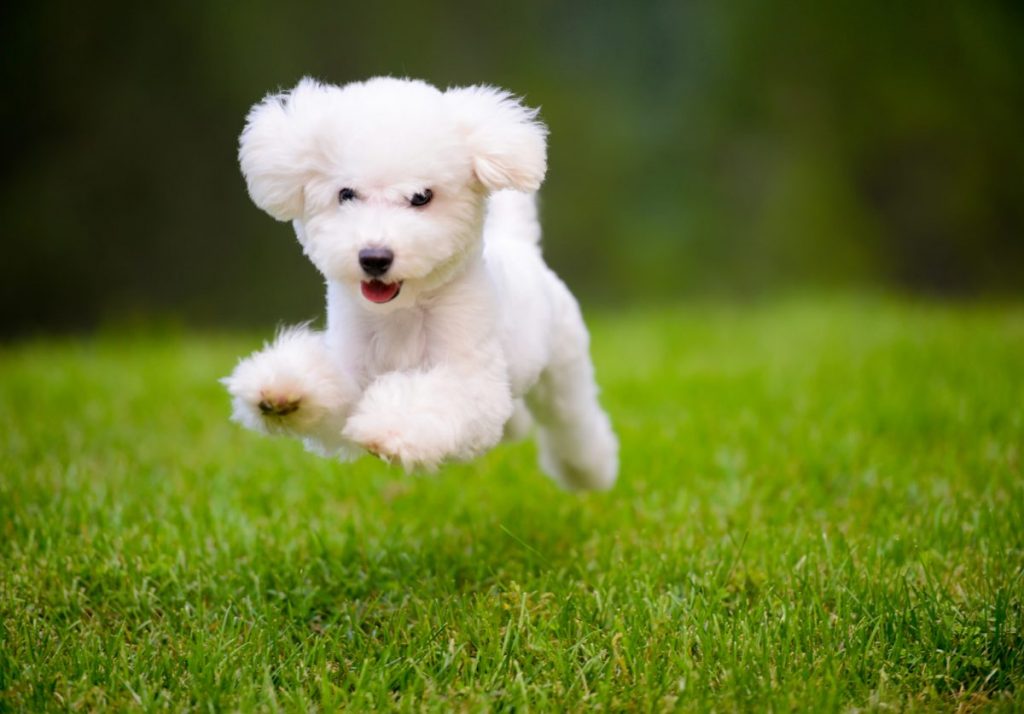 Tips For Naming Your Male Dog

When it comes to picking a name for your new buddy, there are plenty of lists out there with the most popular boy dog names.

The AKC compile a list of the most popular names annually, although you'll find that these names, in particular, make the cut every year: 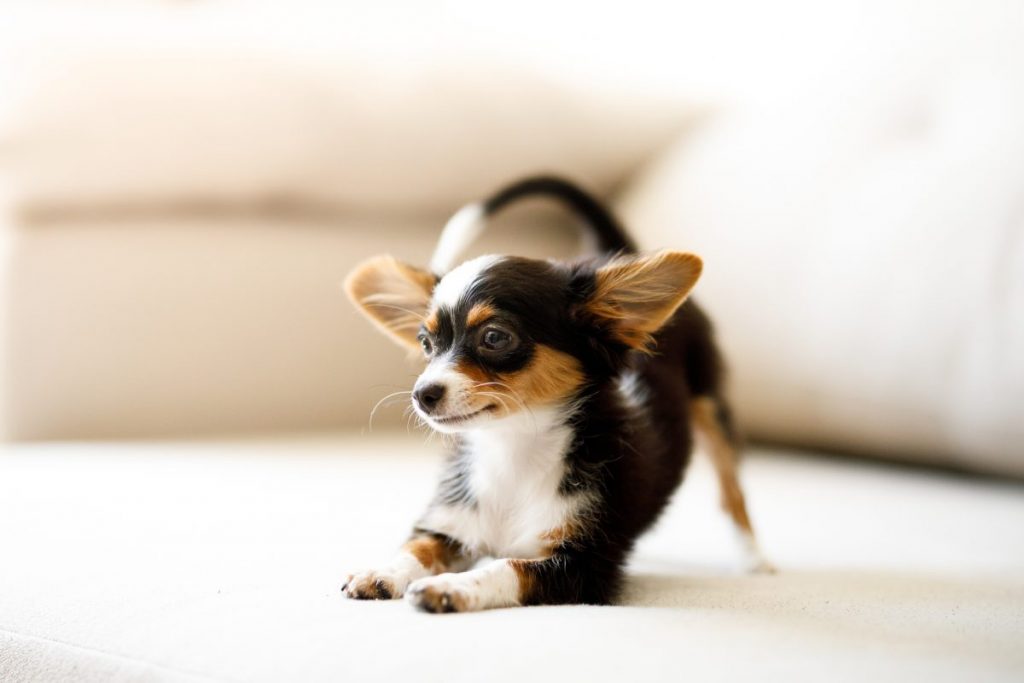 How to Name Your Dog

Take into consideration a few things when it comes to naming your dog. Firstly, does your dog have a distinct personality? After all, a little bit like people, you might not expect a Walter to behave exactly like a Chad.

If you're naming a puppy, you can try out their name for a few days, to see if he take to it properly. However, the older your dog is, the harder it will be for them to learn a new name, and the last thing you want to do is to confuse them. This is also true of rescue dogs, so it helps to be decisive about it. 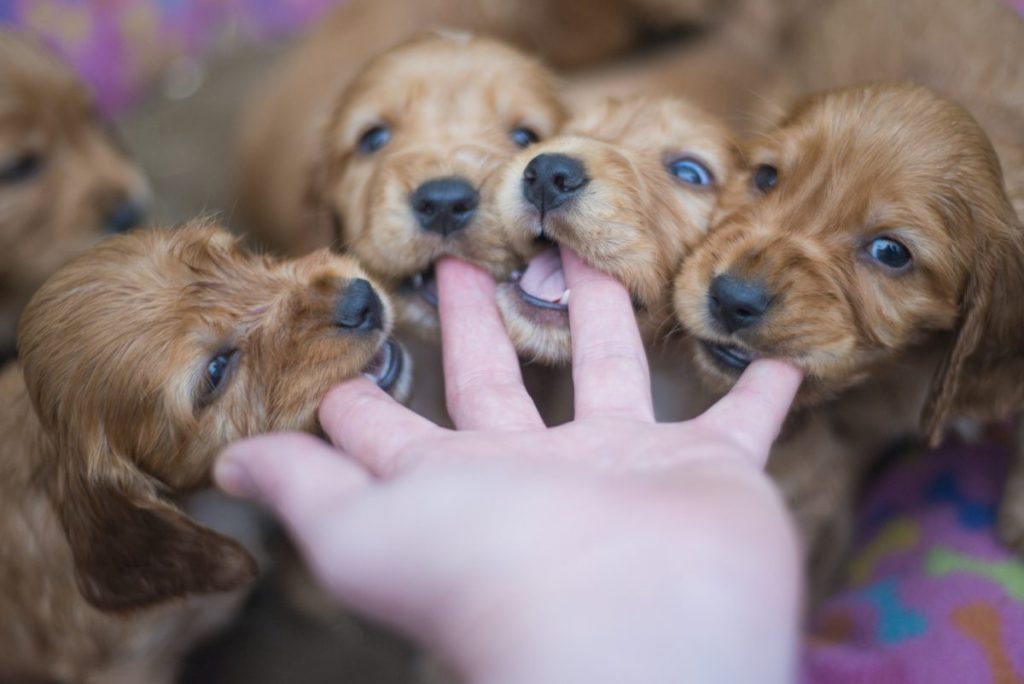 Say What You See

One of the ways to get to the right name for your boy puppy is to consider how he looks.

While you can be really obvious with this, like choosing "Dottie" for a Dalmatian, you can also go for something a little more unorthodox. If you have a chocolate Labrador, for example, why not consider Hershey?

Or you can go the absolute reverse. Is your dog going to grow up to be a 197 pound Great Dane? Tiny can be a great name for a big dog. Or if you have a teacup Chihuahua, you could always call him Menace. 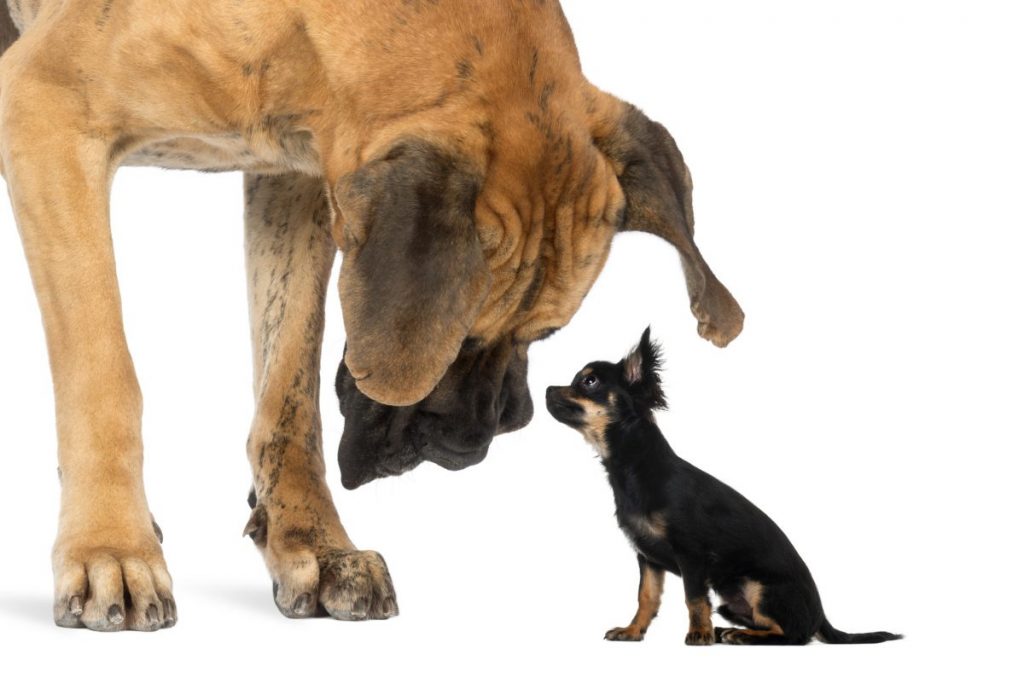 Not Who But Where

A little bit like the Clintons or the Beckhams, you might choose to name your puppy or rescue dog after a geographical location. Did you rescue your dog in Brooklyn? Or perhaps you found Indy's breeder in Indiana?

You can also have a cheeky inside joke for you and your family, and your dog. Is your best buddy fond of chewing up your shoes, or did he once go for an expensive handbag? Why not call him Jimmy, or Louis. 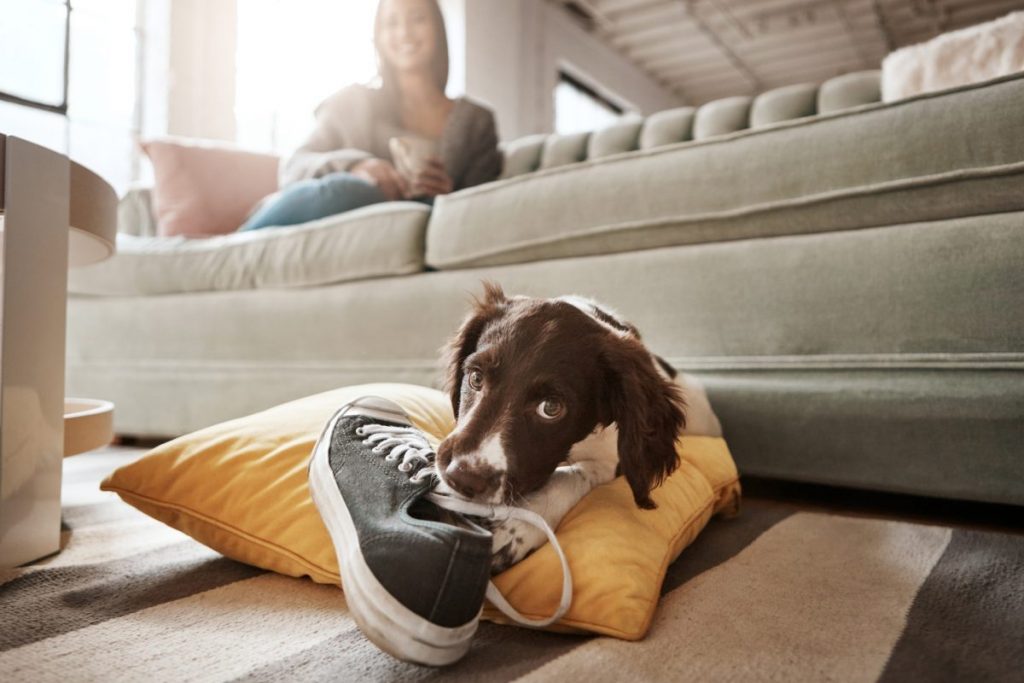 You might feel like you want to combine your love of your new dog with one of your favorite musicians or writers. Here you'll find some dogs are more likely to have names attached - a British Bulldog called Winston is pretty popular, after Winston Churchill. You might name your St Bernard Beethoven, after the quintessential 90s movie.

It can even be worth doing a search for famous dogs through history, and see if any of those names take your fancy! 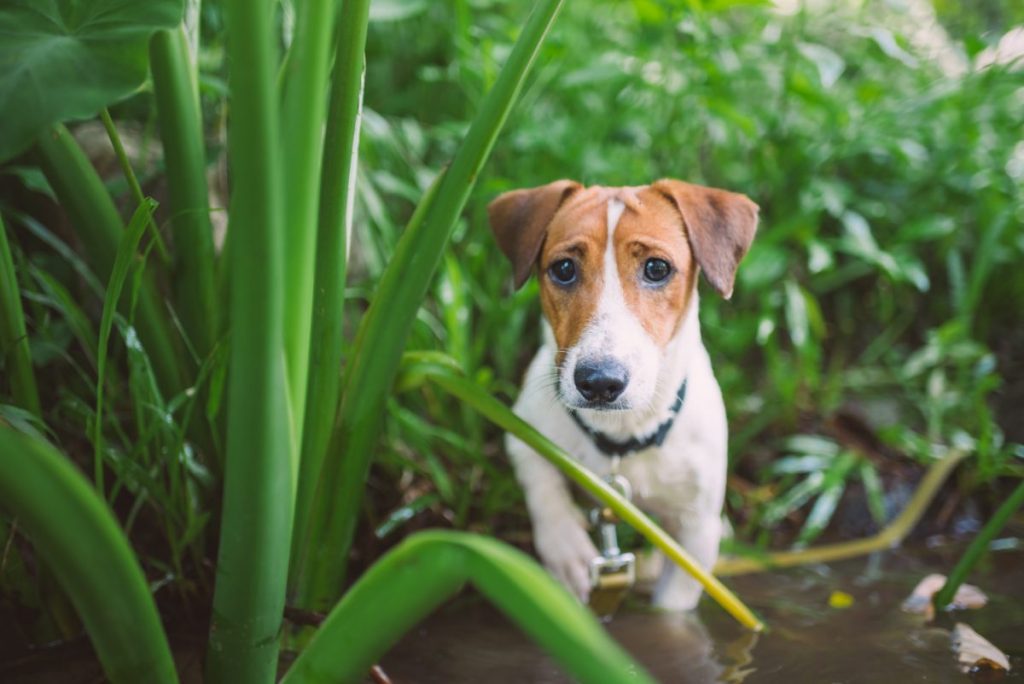 If you're hoping to get your favorite creature and your favorite hobbies or collections together, you might want to consider a more wacky take. For instance, are you a fan of champagne? Dom or Bolly (short for Bollinger) could be a great take.

Or perhaps you're into fancy cheeses, where Roquefort or Jarlsberg could be a great name for your four-legged friend. There really is no limit as to how you can pick a name, and taking a bit of time and effort now will help your canine companion stand out in the dog park. 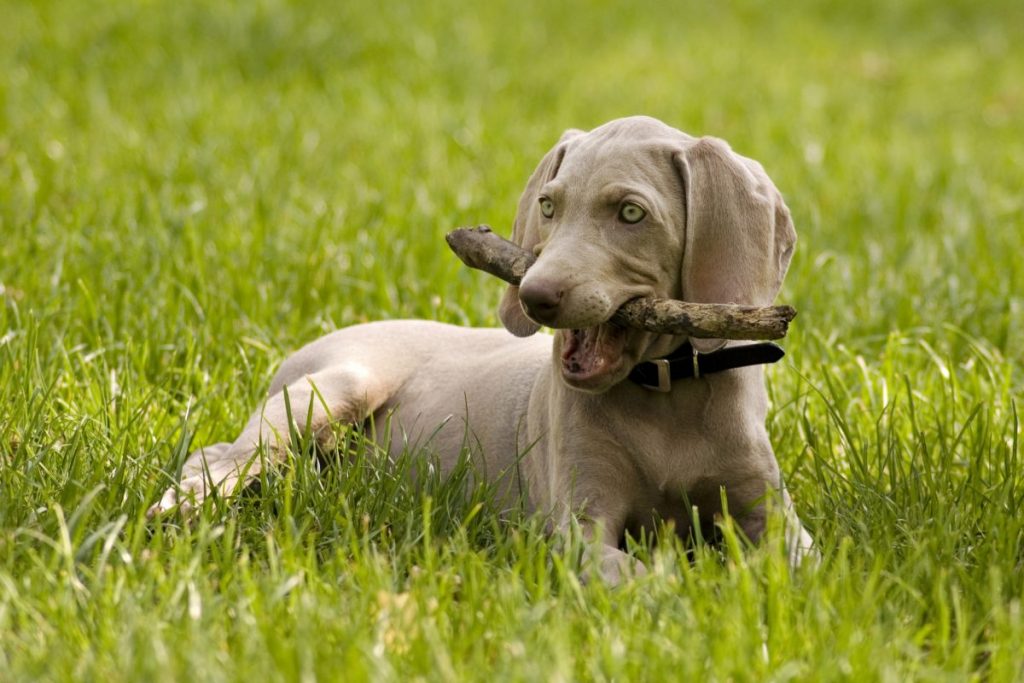