Should You Get a Greyhound Dog?

With their sleek builds and blistering speeds, greyhounds have captured the imaginations of people all over the world. This fascinating breed has a history that traces back to ancient times. People throughout the Middle East, Africa, Asia, and Europe used these noble dogs for hunting game, and some leaders even brought their greyhounds to battle with them. Despite this storied history, greyhounds fell out of popularity except for the sport of greyhound racing. However, as more and more retired racers started needing homes, people began to realize what wonderful pets greyhounds can be.

Greyhounds are the fastest dogs in the world and can reach speeds of over 40 miles per hour on the racetrack. Despite this, however, their exercise needs are fairly minor. Most greyhounds like to spend most of their time sleeping on the couch or their favorite dog beds. Like any breed, they still do need daily walks and enjoy getting to stretch their legs and run occasionally, but they are great for people who can't spend hours every day exercising their dogs. 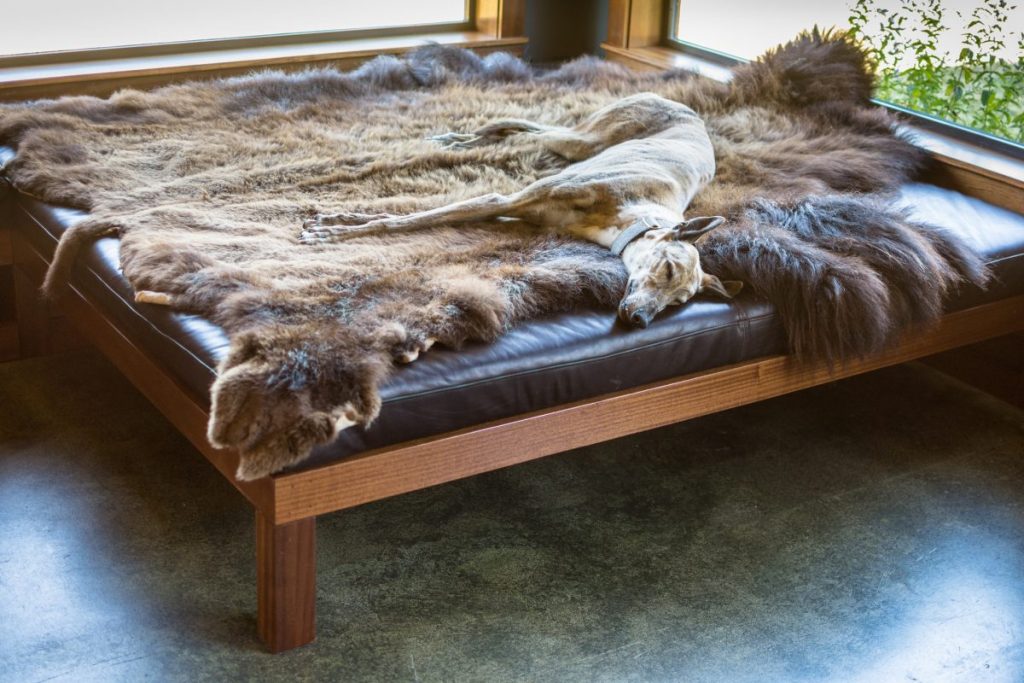 Bred for the Chase

Greyhounds were bred to hunt, so they tend to have a very high prey drive. This means that they instinctively want to chase small, fast animals. Sometimes they may even injure or kill the animal if they catch it. This can make them a poor choice for homes with cats, although there are some that may be safe around small animals.

This strong prey drive also means that greyhounds should never be allowed off-leash except in areas with a secure, solid fence. If they see a prey animal in an unfenced area, they may become so focused that they do not respond to verbal commands or even physical corrections, including shocks from an electric fence. 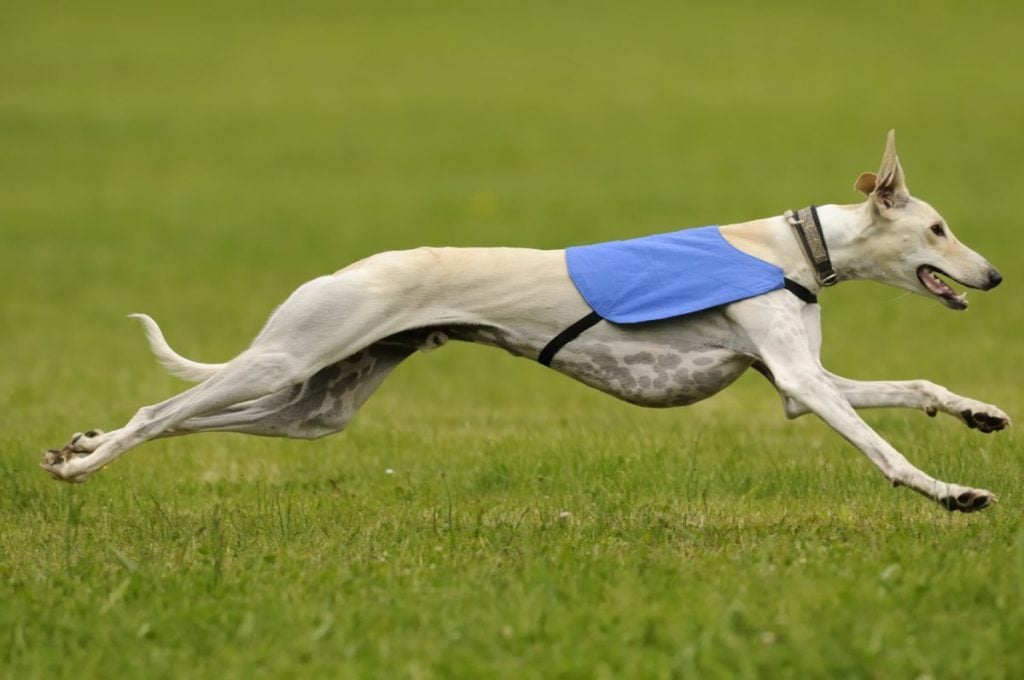 A Need for Speed

Although greyhounds have a low overall energy level, they do still need to run from time to time. Since they need to be leashed outdoors, you'll need to make sure you have a large, fenced area for them. This can be a backyard, a dog park, or another secure area. Some owners also get their greyhounds involved in sports like lure coursing, where the dogs chase an item designed to mimic a small prey animal, to give them a chance to run. 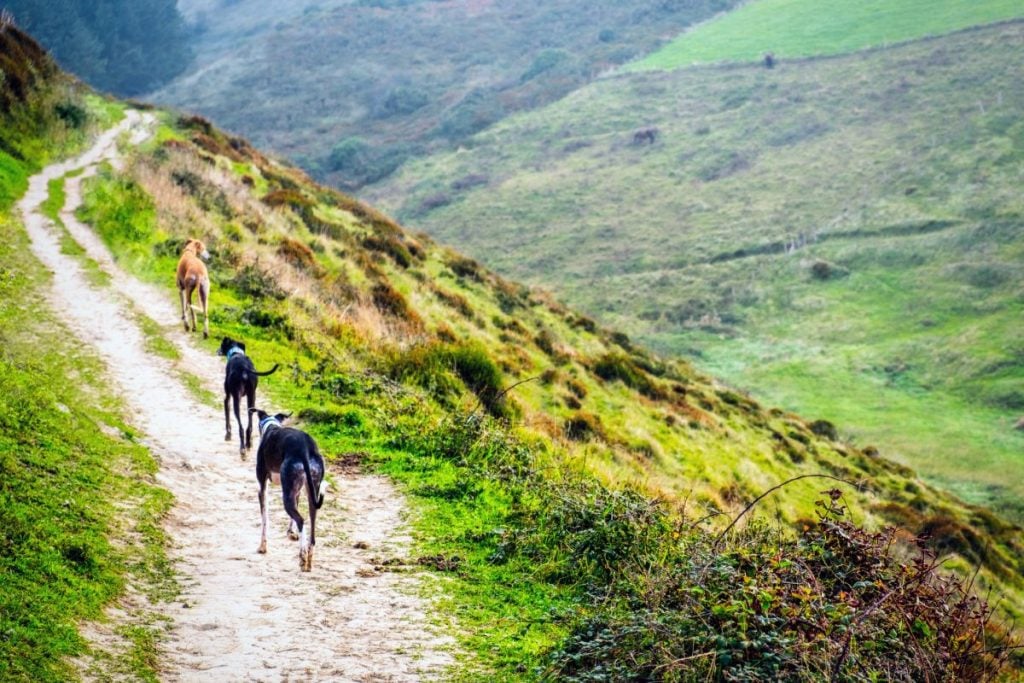 Greyhounds may become hard-headed and stubborn when they're on the chase, but the rest of the time, they can be quite sensitive and affectionate. Greyhounds bond closely with their owners and thrive on kindness and routine. They respond well to positive training methods that use a lot of praise, and they can become upset or anxious easily if there are sudden changes to their environment. 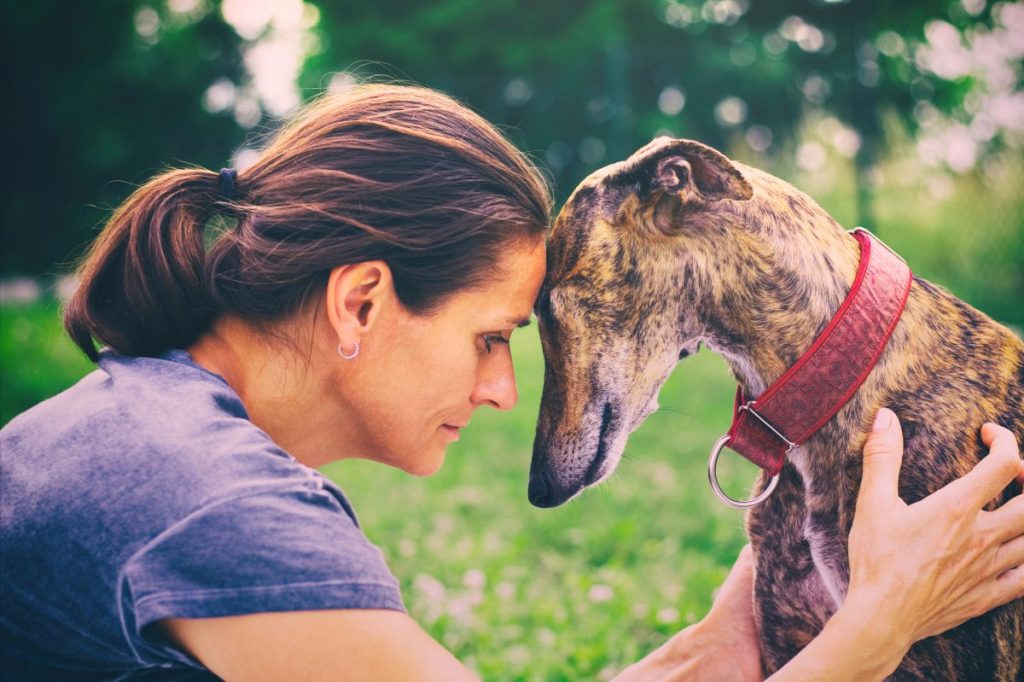 Everything about the greyhound is minimalist and lean, including their skin. Their thin skin and lack of body fat means they get cold very easily, so if you live in a climate with harsh winters, you may need to get your greyhound a coat and boots to go outside on chilly days. Their skin can also be prone to injuries from thorns and other environmental hazards, so be careful where you walk. 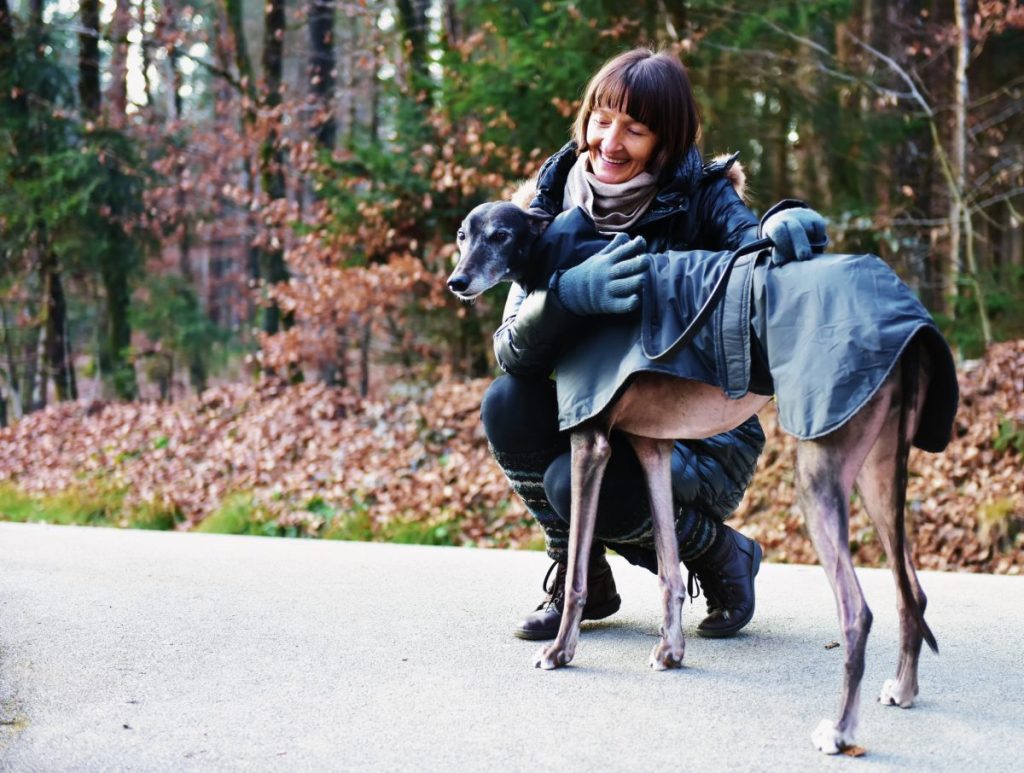 Most pet greyhounds are retired racing dogs. Giving a home to one of these dogs can be very rewarding, and it comes with some added benefits. Racing greyhounds are typically crate trained and used to be handled by strangers, so visits to the veterinarian are a breeze. They're also accustomed to loud noises and other things that often scare pet dogs.

Racing greyhounds sometimes do have trouble adjusting to a typical family home, however. Some may develop separation anxiety since they're used to always being kenneled with other dogs. They also are typically not safe around small animals, since they were trained to chase an animal-like lure around the track. 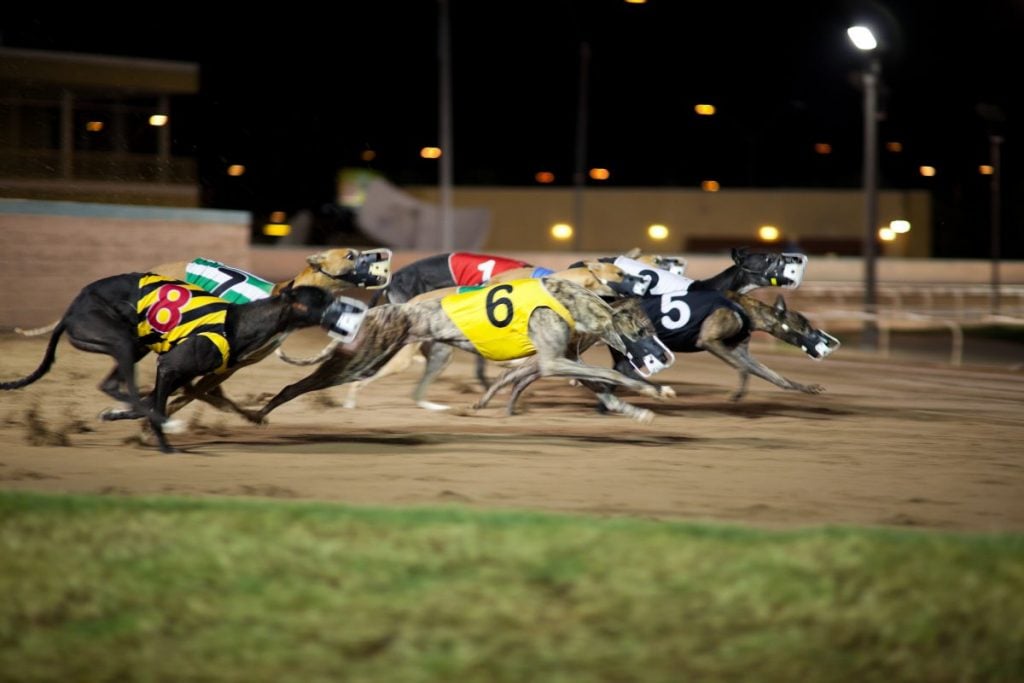 There are also breeders producing greyhounds for show, hunting and lure coursing. These dogs are significantly more expensive than a racing greyhound, and you will have to do all of the training yourself. However, they can be excellent dogs if you find a good breeder. Be sure to meet the parents and make sure the breeder is reputable, however. These dogs are typically registered with the American Kennel Club instead of the National Greyhound Association, which registers racing dogs. 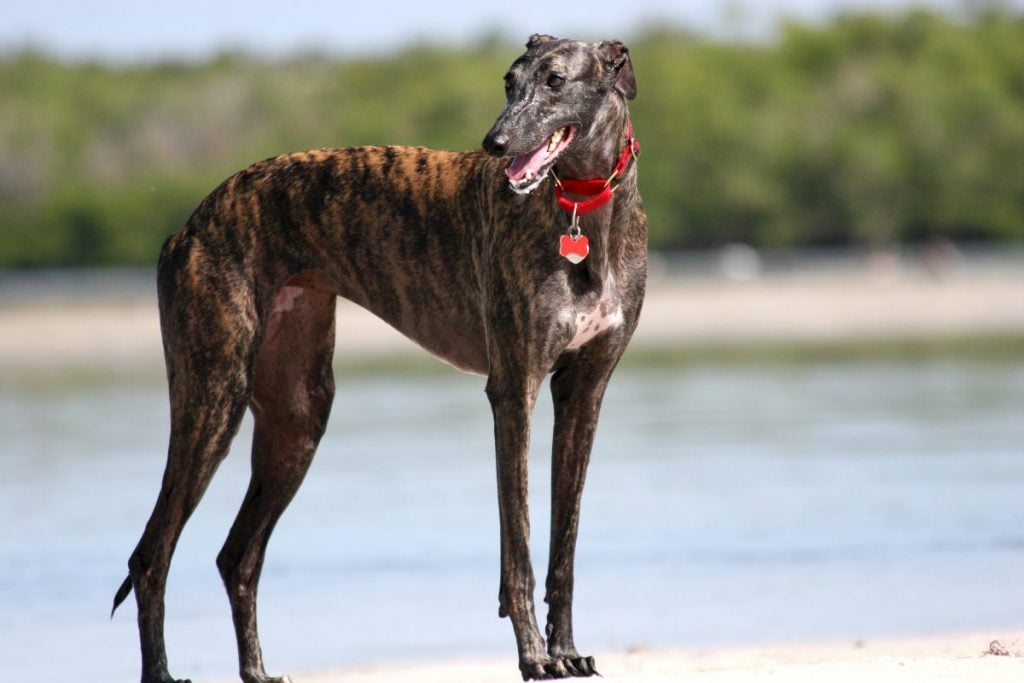 Regardless of where a greyhound comes from, they tend to have friendly, laid-back personalities. They may be somewhat aloof with strangers, but they should not be aggressive towards them. Greyhounds have an independent streak, so they don't always want to be hanging around or in your lap. However, once they bond to you, they love spending time with you. They tend to be very good with children and other dogs, making them a great family pet. 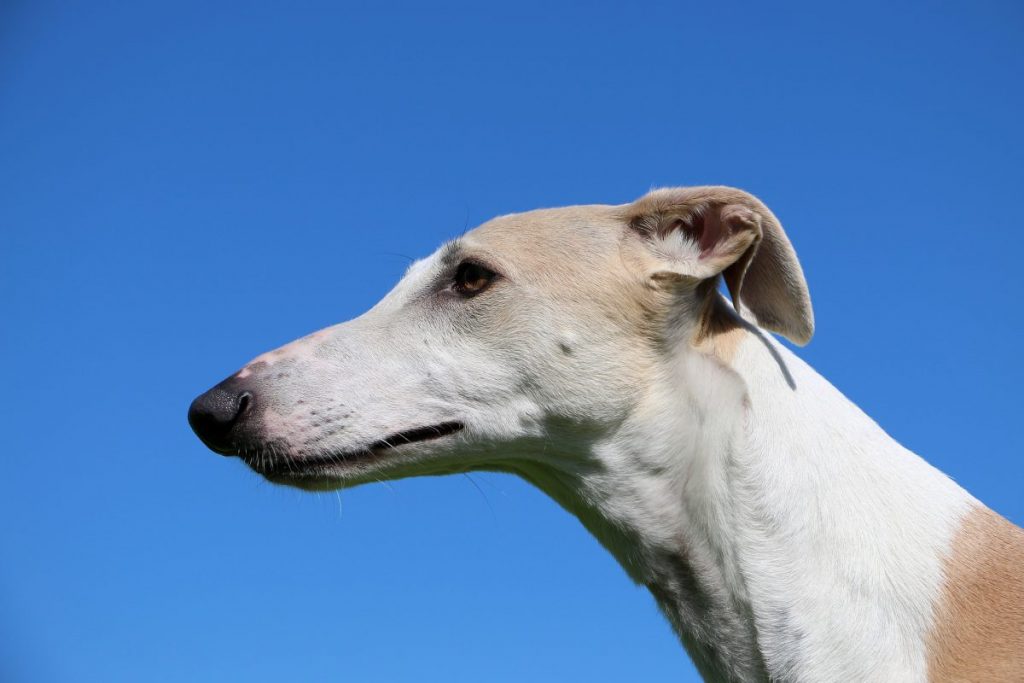 Another benefit of the greyhound is easy maintenance. Their short, thin coats do shed moderately, but they just need regular brushing and the occasional bath to stay healthy. The breed is known for its bad teeth, so it's a good idea to brush your greyhound's teeth regularly using toothpaste and brush designed for dogs in addition to getting regular dental checkups with a veterinarian. Otherwise, they just need regular nail trims and other basic care like any dog. 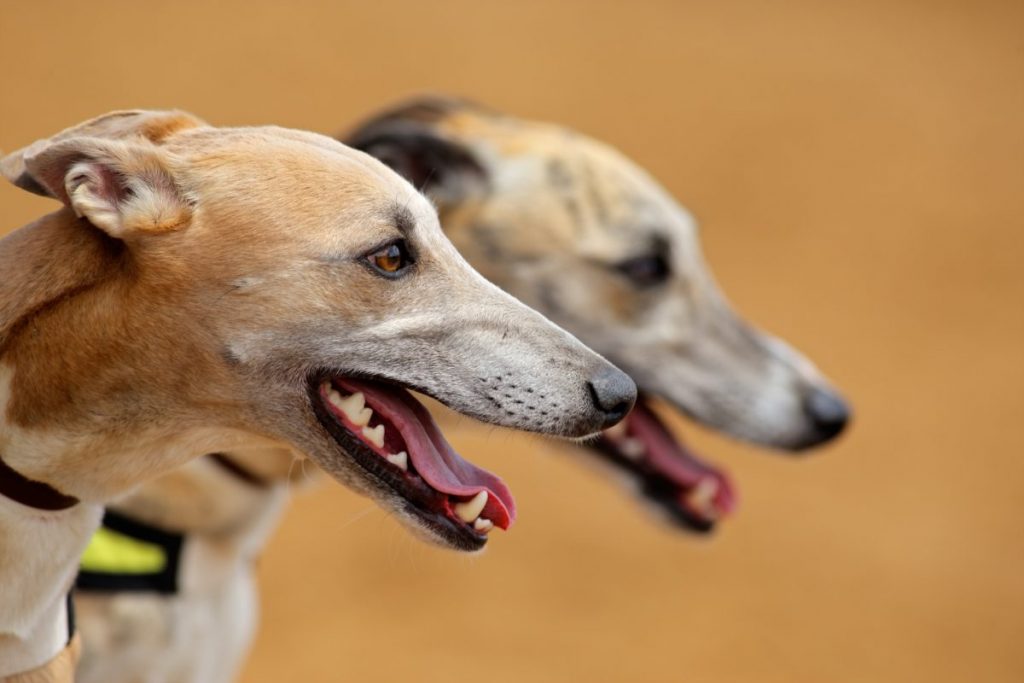 Like all breeds, greyhounds can be prone to certain conditions. Joint dysplasia can be a problem, particularly in dogs bred for show. If you're buying a greyhound from a breeder instead of adopting a retired racer, make sure the parents have been tested by the Orthopedic Foundation for Animals for that along with hypothyroidism and von Willebrand's disease, a blood disorder.

Greyhounds can also be more sensitive to anesthesia than other breeds due to their low body fat, so talk to your veterinarian about the risks before procedures that require it. They can also be prone to a condition called bloat, or gastric torsion, which may need surgical intervention if it occurs. 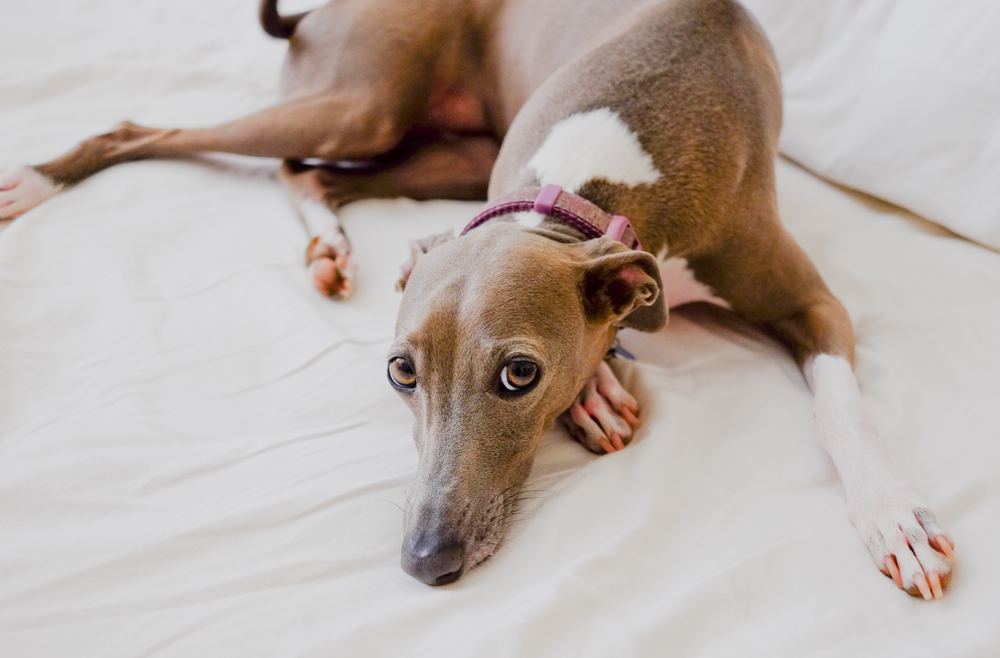