Rottweilers Are Great Family Dogs for the Right Match

The Rottweiler, or Rottie for short, is a large pedigree dog that can be both a pet and a working dog. They are usually between 21 and 27 inches in height and weigh between 77 and 140 lbs. Rottweilers tend to live between eight and ten years, depending on their health and their environment. This is common for larger dogs, who do not tend to live as long as smaller dogs. Rottweilers are very intelligent, powerful, and need plenty of exercise. The right training essential as this breed can be demanding.

The Rottweiler is a large, stocky and muscular dog with a broad, box-shaped head and neck, wide chest and straight, thick legs.

Their coats are short and course, with a black base coat and tan markings over the top. They have massive paws and high knuckles, and their tails are often docked. Rottweilers have short but floppy, triangular ears, which are smaller than those of breeds such as retrievers, but do not stick up like the ears of German Shepherds. 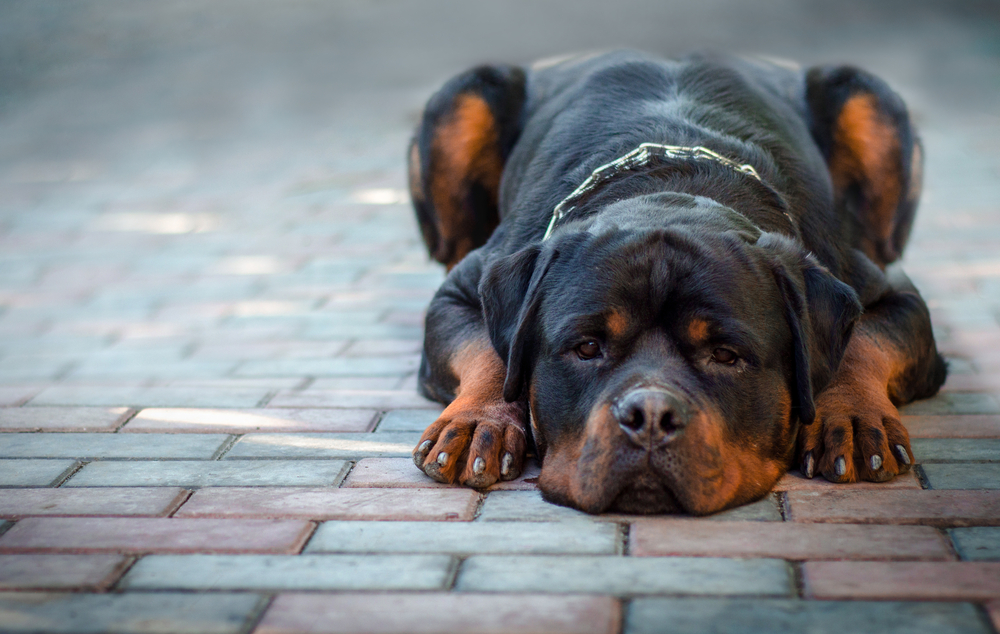 Rottweilers are loyal, good-natured, and intelligent dogs who need a lot of mental stimulation, including plenty of exercise. It is generally advised that they are not the best breed for first-time dog owners as they require considerable training and can assume the role of pack leader if nobody else assumes this position.

Rotties can make great pets due to their loyalty, but some care should be taken in a house with younger children given how large they and due to their instinctive guarding nature.

Rottweilers like to follow their families around and can become distressed if left alone for long, so they are better suited to being around people for most of the day. 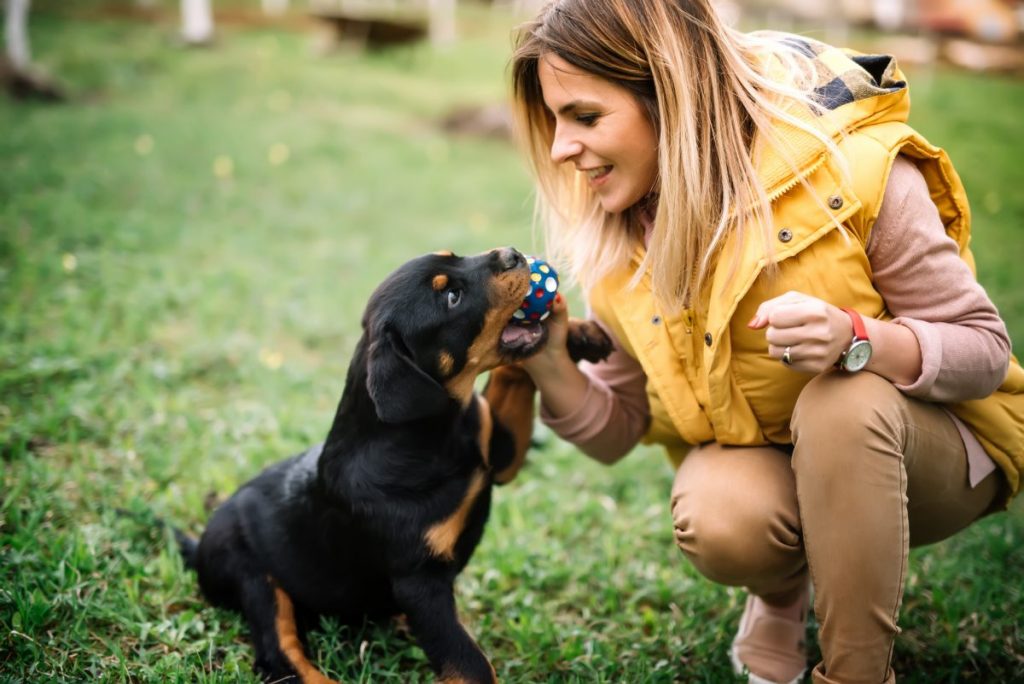 Training Rottweilers is vital. They pick things up very quickly – both good and bad! They require socialization as puppies so that they grow into calm and confident dogs.

When training a Rottweiler, it is essential to treat them firmly and respectfully and give them a great deal of positive, reward-based reinforcement. Consistency is key when it comes to training a Rottie, and therefore it is usually better if they are trained by someone who has a good understanding of their needs. 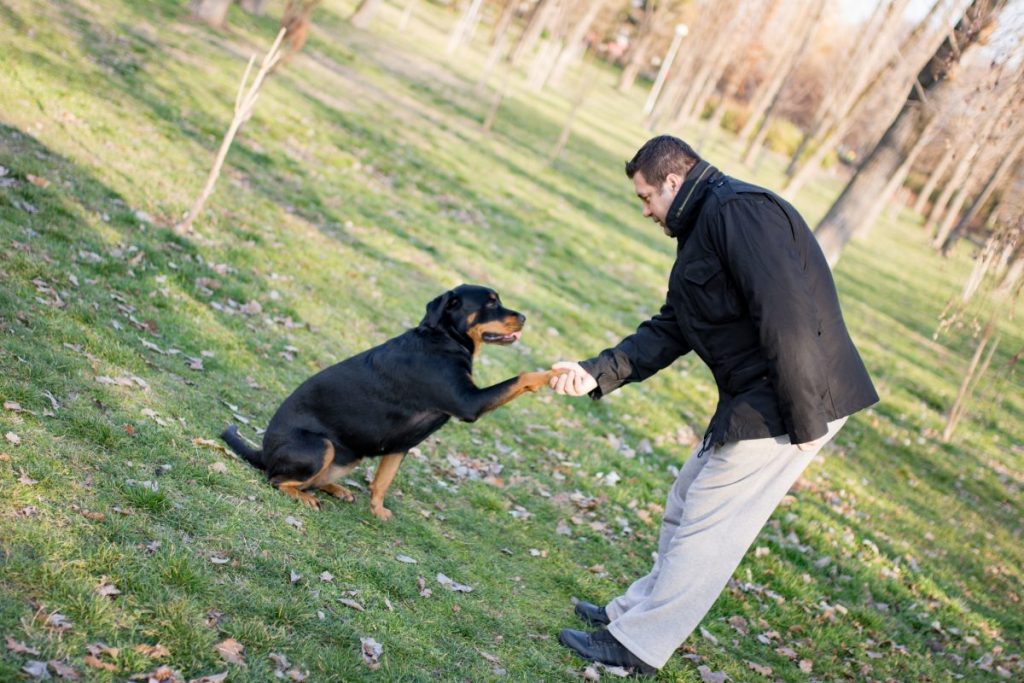 The History of Rottweilers

The Rottweiler is a dog with a long history, and it is believed that this breed dates back to the Roman Empire when Roman drover dogs bred with other native breeds of dog when traveling across Europe.

Rottweilers gained their name from their large population in the German trading town of Rottweil, where they herded and guarded livestock.

They dwindled in number after Germany made cattle driving illegal in the 19th century but later became popular again as war and police dogs. 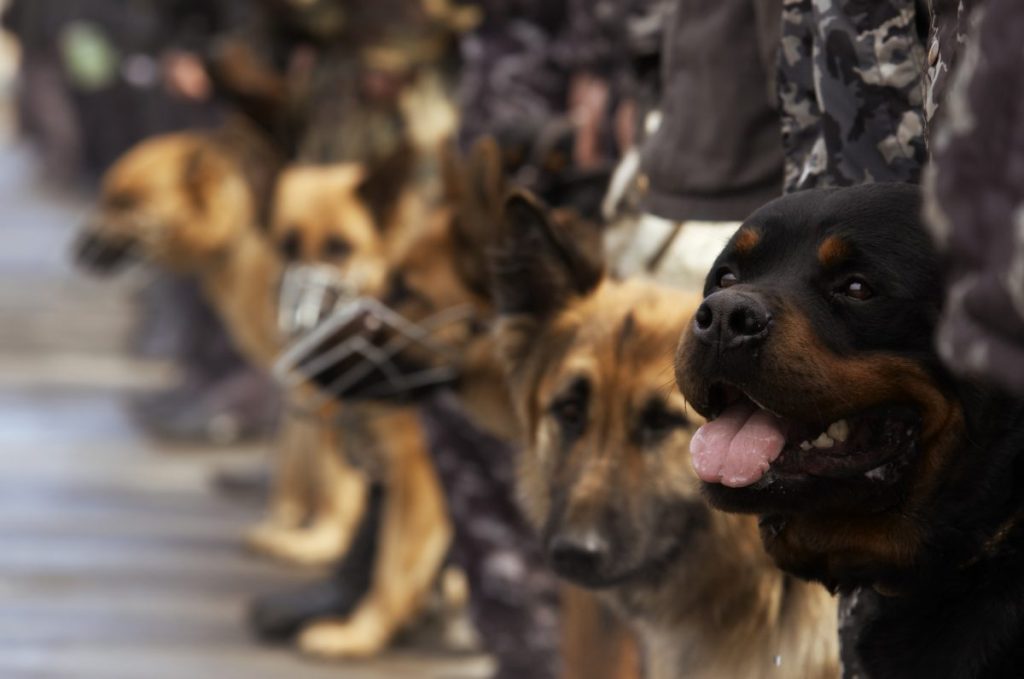 Rottweilers have been used historically as herding and guarding dogs. They are forceful animals when it comes to working with livestock, and can use intimidating tactics. For example, in a herd of cattle, a Rottweiler will find and challenge the dominating animal in order to take control of the herd.

The breed is particularly suitable for participation in dog sports as they are so easily trained. 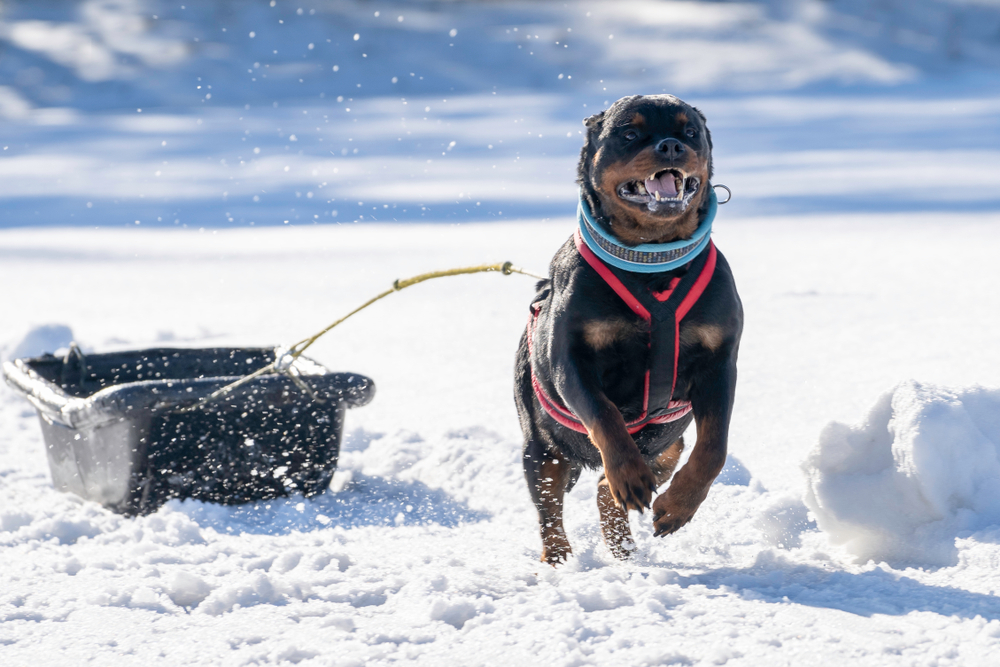 Rottweilers tend to be healthy dogs for a pedigree breed, but as with most pedigree dogs, they do experience some hereditary health issues. Some of these health concerns are as a result of their large size. Health issues for Rotties can include: 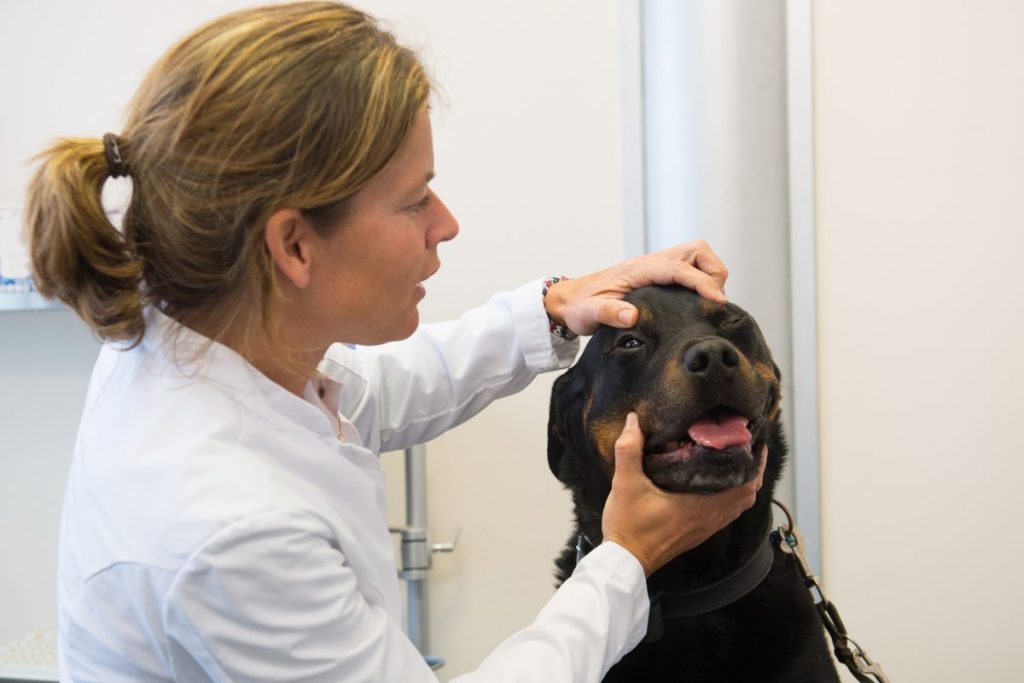 The Reputation of Rottweilers

Rottweilers have been given a bad reputation as being aggressive or hostile, and this is how they are often portrayed in the media. Some countries restrict or even ban Rottweiler ownership.

Although some Rottweilers can be aggressive, this is usually due to poor training or as a result of their territorial nature, hence why good training is essential. Breed clubs make some Rottweilers pass a temperament test before they are bred to ensure that aggressive tendencies are not passed on. 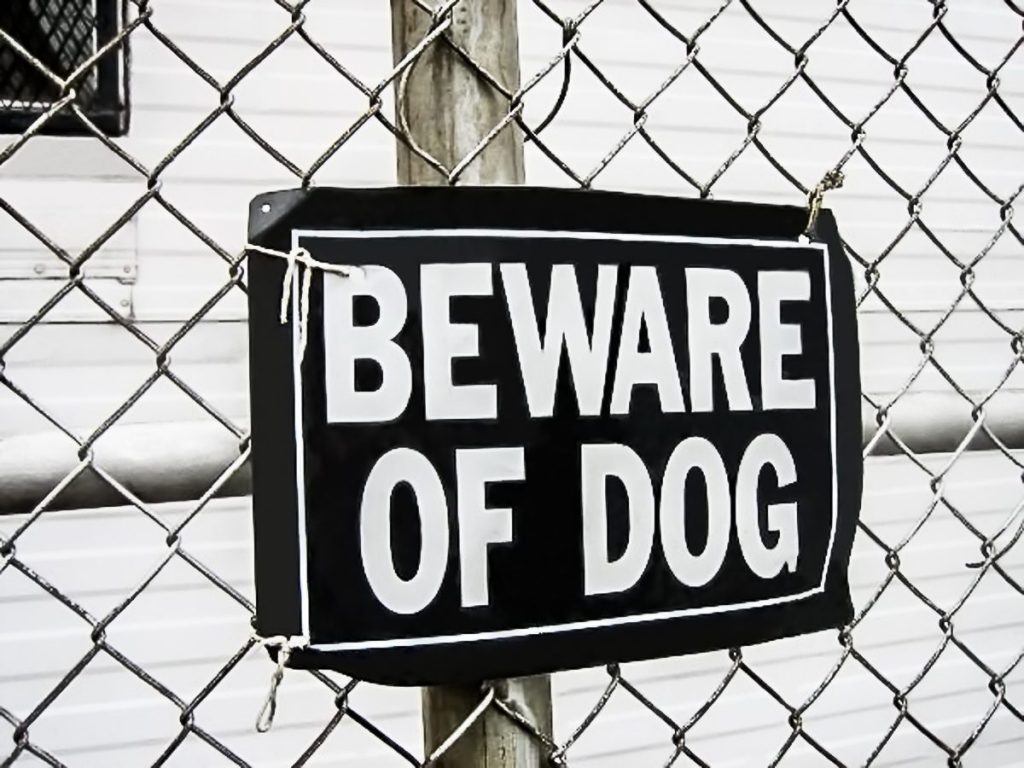 Cost Considerations of Having a Rottweiler

If you are considering getting a Rottweiler as a pet, it is important to consider the costs. Initial costs include rescue or adoption fees, vaccines, neutering and equipment, such as a bed, bowls, toys, and harnesses. On an ongoing basis, you will need to pay for food, and as a large dog, they eat plenty. It is also important to think about their health insurance and veterinary costs, which may be higher as they are a pedigree breed.

Another consideration is whether you pay for professional dog training if you have never owned a Rottweiler before. 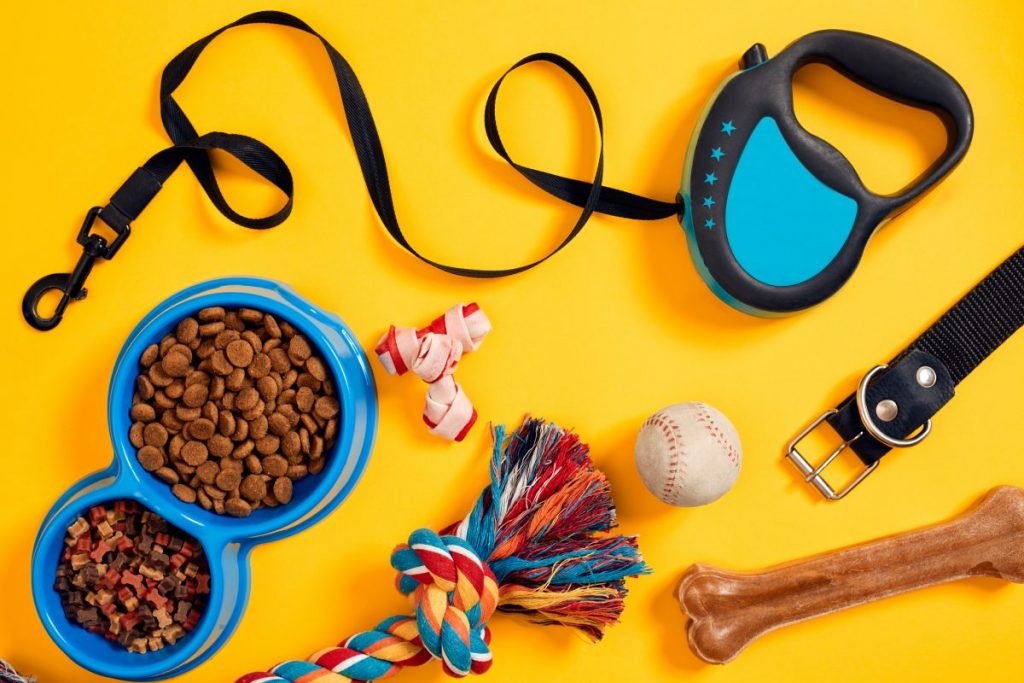 The American Kennel Club announced that the Rottweiler has become increasingly popular and is now the eight most popular dog in the United States, and it is the 18th most popular dog worldwide. 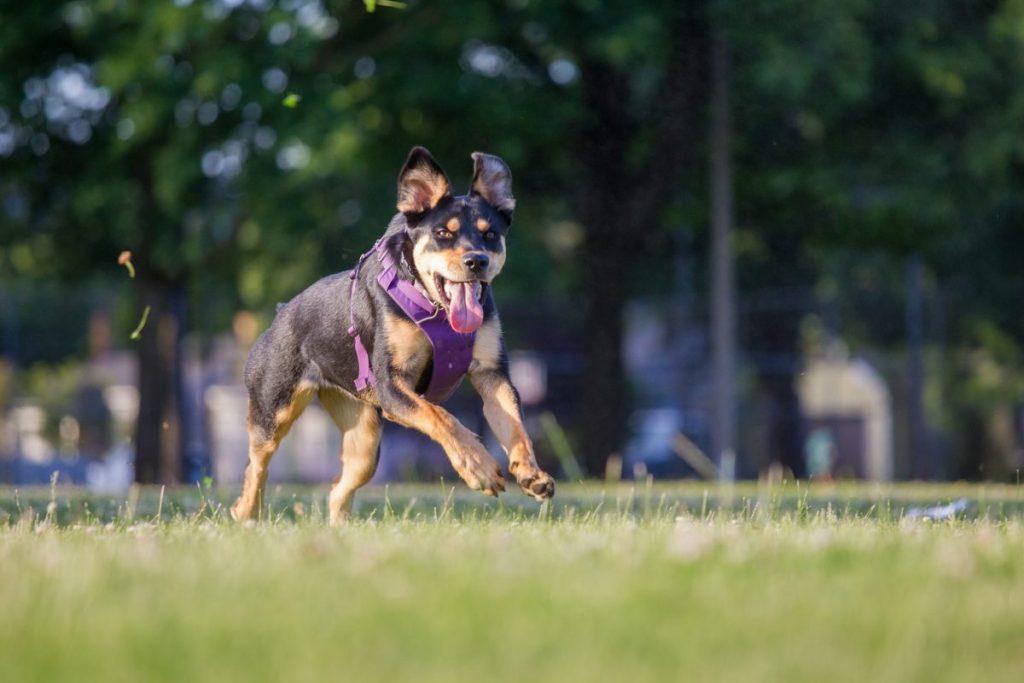 Given their huge popularity, it is unsurprising that a number of celebrities own Rottweilers. Some of these celebrities include:

In the UK in 2009, there was significant press coverage of a Rottweiler that saved a woman being assaulted by chasing off the attacker and guarding the victim until the arrival of the police. 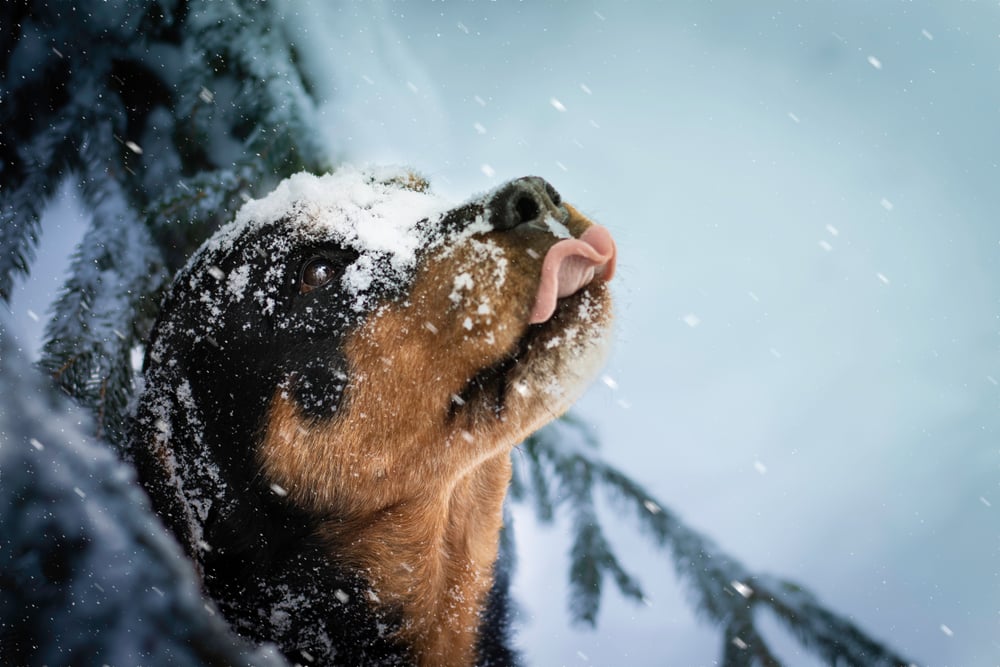