Rhodesian Ridgeback: A Perfect Choice for a Canine Companion

You won’t find the Rhodesian Ridgeback on the American Kennel Club’s top ten most popular dog breeds list. That has little to do with the qualities and appearance of this independent, affectionate canine, and more to do with the fact that many people just don’t know about them. While this may not be the perfect breed for first-time dog owners, the Rhodesian Ridgeback is an intelligent, devoted, and protective dog and makes an excellent companion for a single person or a family household.

The Rhodesian Ridgeback has a ridge of fur along its back

The first thing you notice when looking at a Rhodesian Ridgeback is its strong, athletic build. Its coat is sleek and glossy and light to red-brown wheaten in color. Look closer, and you’ll notice a clearly defined, distinctive ridge of fur along its spine. This permanent strip of fur is backward-growing hair, a trait that rarely occurs outside of African breeds and is present at birth. This autosomal dominant trait—a dominant mutation—is a hallmark of the breed. Only one parent needs to have the ridge for it to be inheritable. 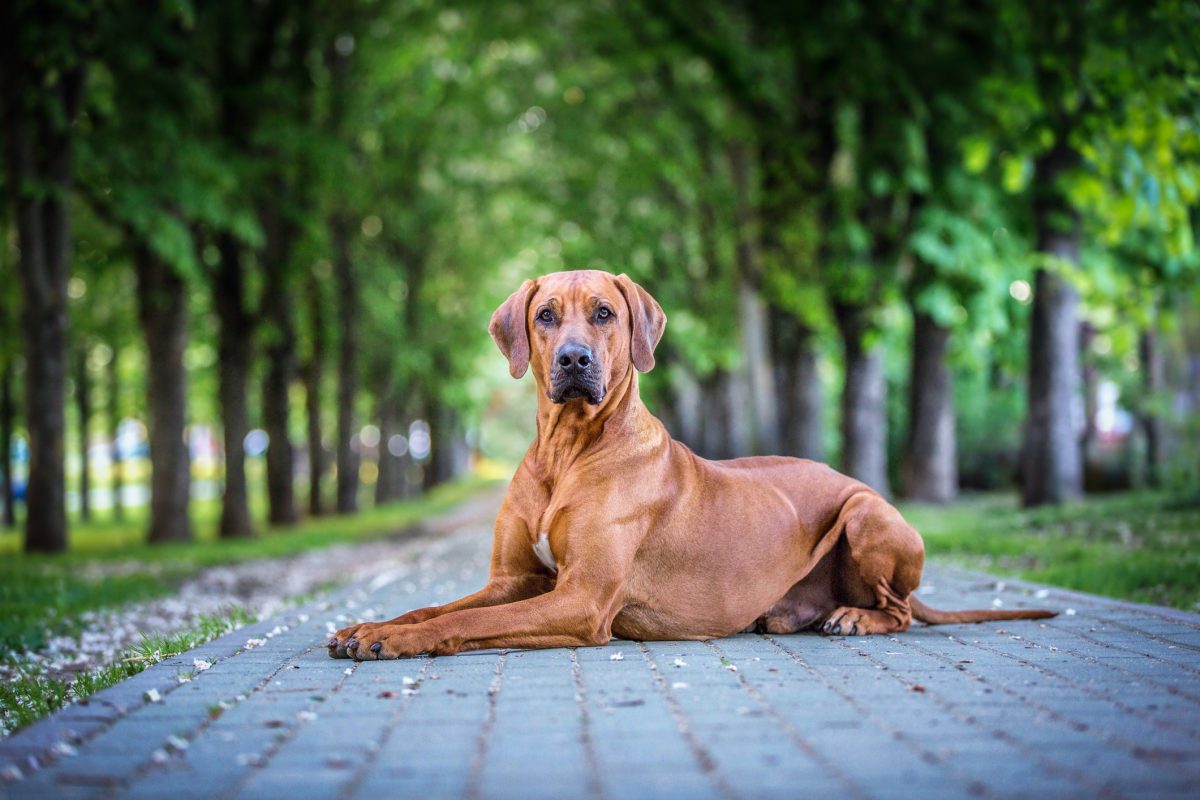 In rare cases, Ridgeback puppies are born without the ridge of fur along their spine. For those interested in showing dogs, it’s important to know that these dogs cannot compete in American Kennel Club conformation shows. However, they do receive limited AKC registration. This type of registration stipulates that if bred, their puppies cannot be officially AKC registered. In the past, breeders culled these ridgeless puppies, but over time, they recognized that the only difference was cosmetic. There are no differences between these ridgeless Ridgebacks and their ridged peers. They still carry the same great attributes and make excellent companions. 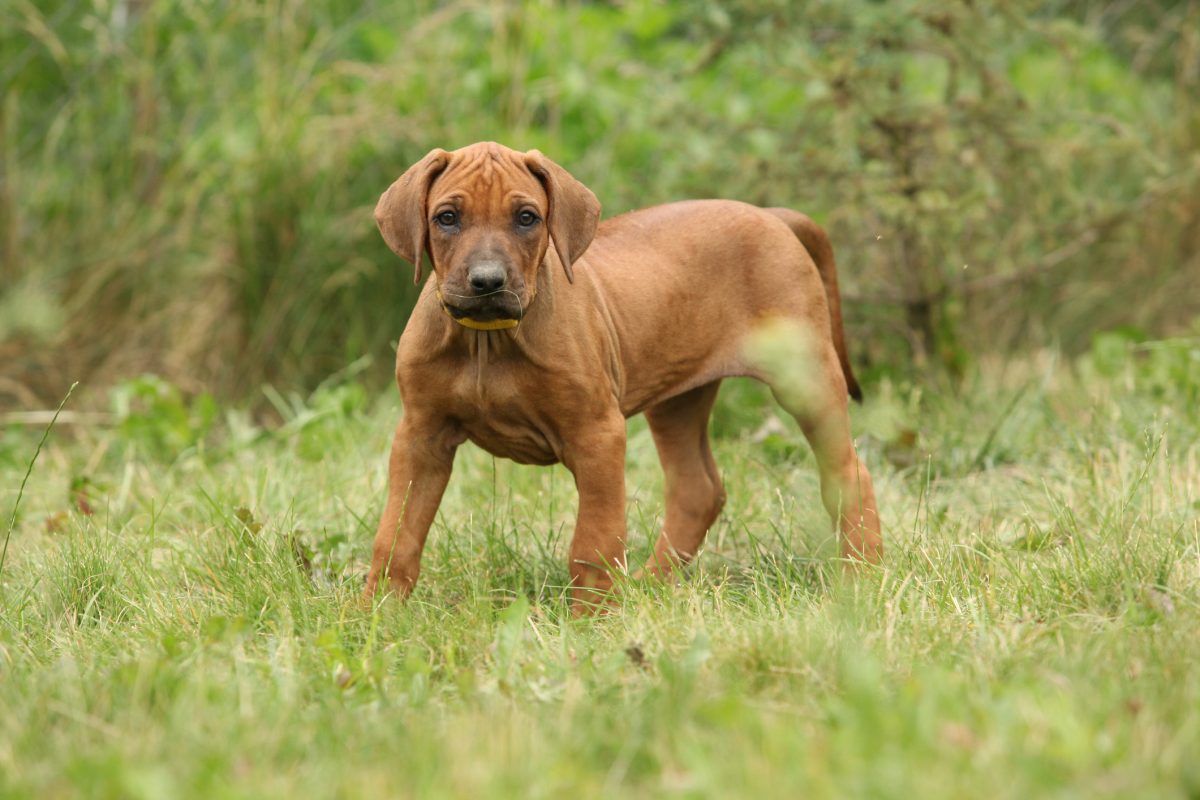 The Rhodesian Ridgeback breed has roots in Africa

The foundation dogs for the Rhodesian Ridgeback breed are the African Khoikhoi hunting dogs. Archaeologists discovered tomb drawings dating back to 4000 BCE depicting dogs with a ridge of fur along their spine. Many people believe the dogs in the drawings are descendants of the Khoikhoi dogs. Dutch settlers arriving on African shores bred these dogs with their Mastiffs, terriers, and other breeds. Big-game hunter Cornelius van Rooyen bred the modern Ridgeback in the 1800s. He needed a dog with the size and courage to track down and hold a lion at bay and enough stamina to run alongside hunters mounted on horseback all day. He incorporated Greyhound-like dogs into his lines of ridged-back Khoikhoi hunting dogs and created a new breed he called Van Rooyen’s Lion Hounds. In 1922, a group created a standard for the breed and renamed it “Rhodesian Ridgeback.” 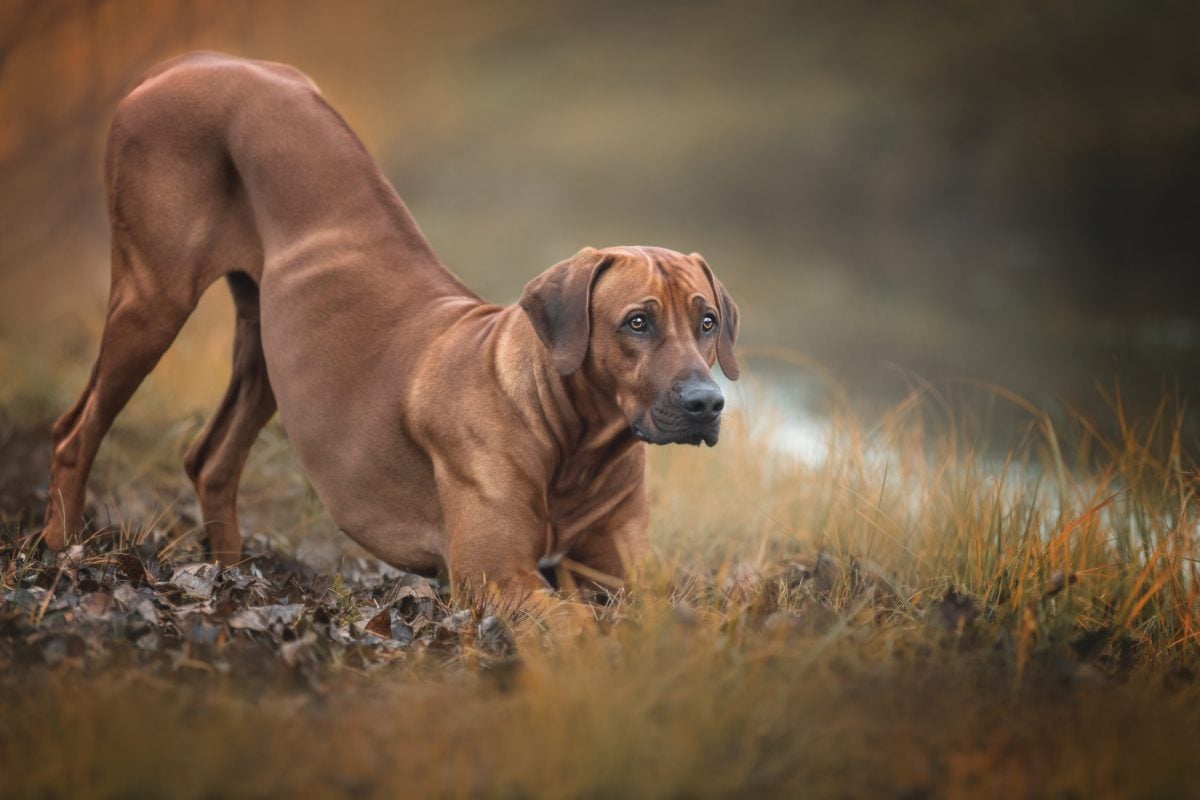 The Rhodesian Ridgeback is a hound

Some hounds have keen scenting abilities. Others have incredible stamina. The Rhodesian Ridgeback has both. Hounds tend to be both stubborn and intelligent, and the Ridgeback is not an exception. This combination can prove challenging during training and requires an experienced, firm-yet-patient owner to teach them how to be a respectful and fun companion. 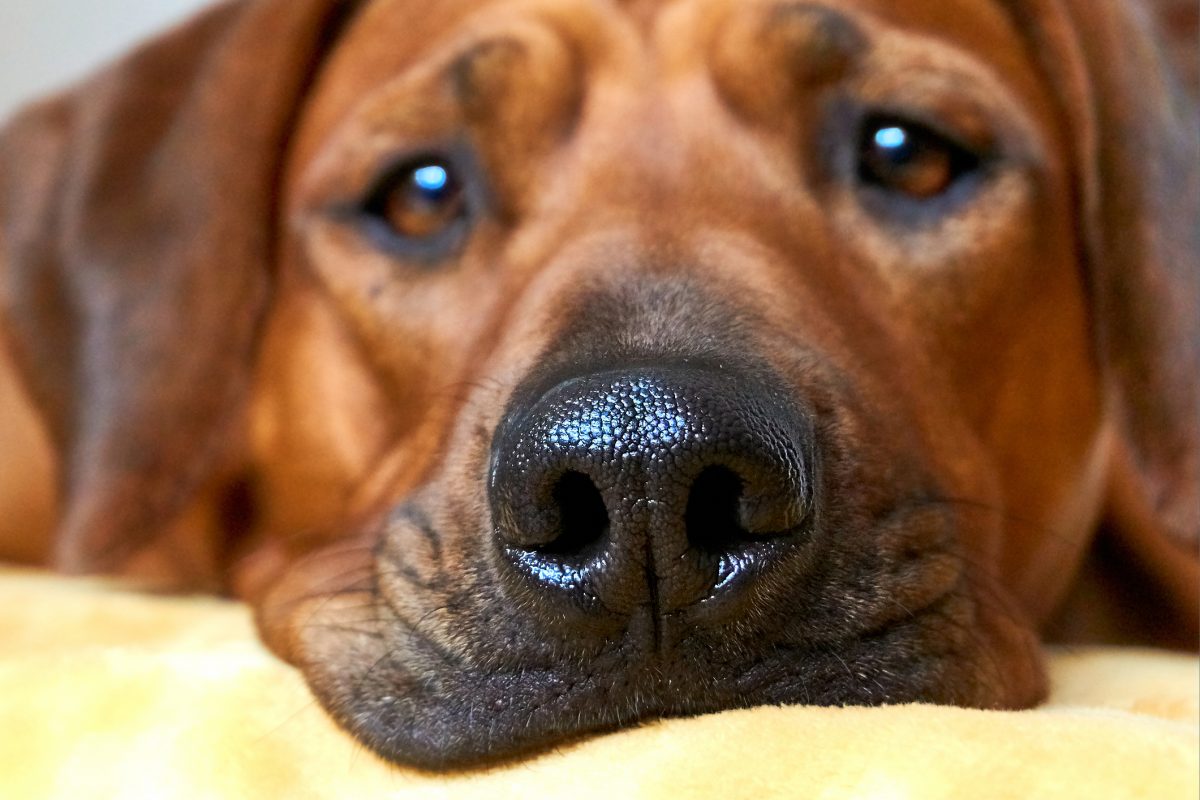 People with an active lifestyle who are seeking a companion for their daily jogging sessions will love this breed. The Rhodesian Ridgeback’s stamina is perfect for long, steady runs. They handle the heat well during warmer days and have the stamina to keep pace with you when you push your limits. Well-conditioned, healthy Ridgebacks can run for six to eight miles. Hikers can enjoy 10-mile hikes with this canine who will instinctively protect them against any threats they encounter along the way. 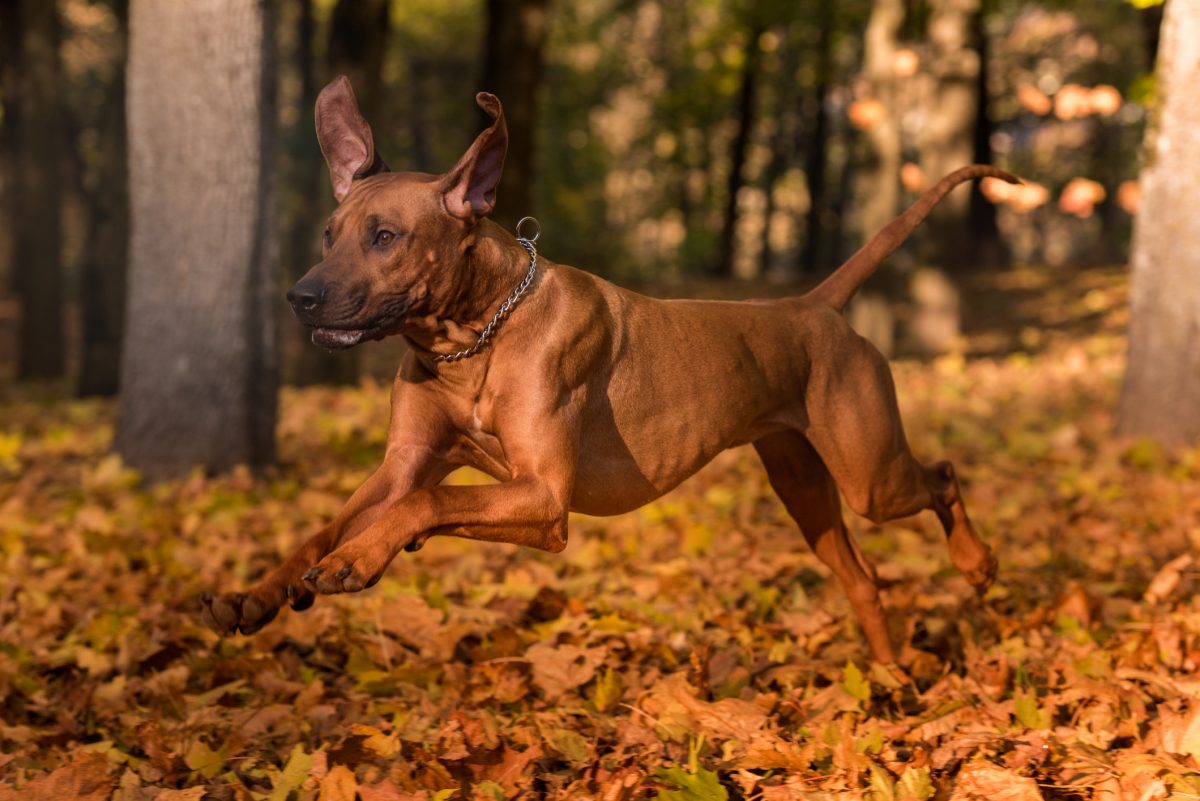 The great thing about caring for Ridgebacks is that they don’t shed heavily. They are clean dogs with little odor. Weekly brushing will suffice, as will occasional baths. Dog care specialists recommend regular nail trimming if your Ridgeback spends more time on carpeting or in a grassy yard and less time walking on pavement, asphalt, or hard surfaces. When standing, your Ridgeback’s nails shouldn’t touch the ground. Long nails become painful and make it difficult for them to achieve a good grip on slick wood, tile, or linoleum floors. 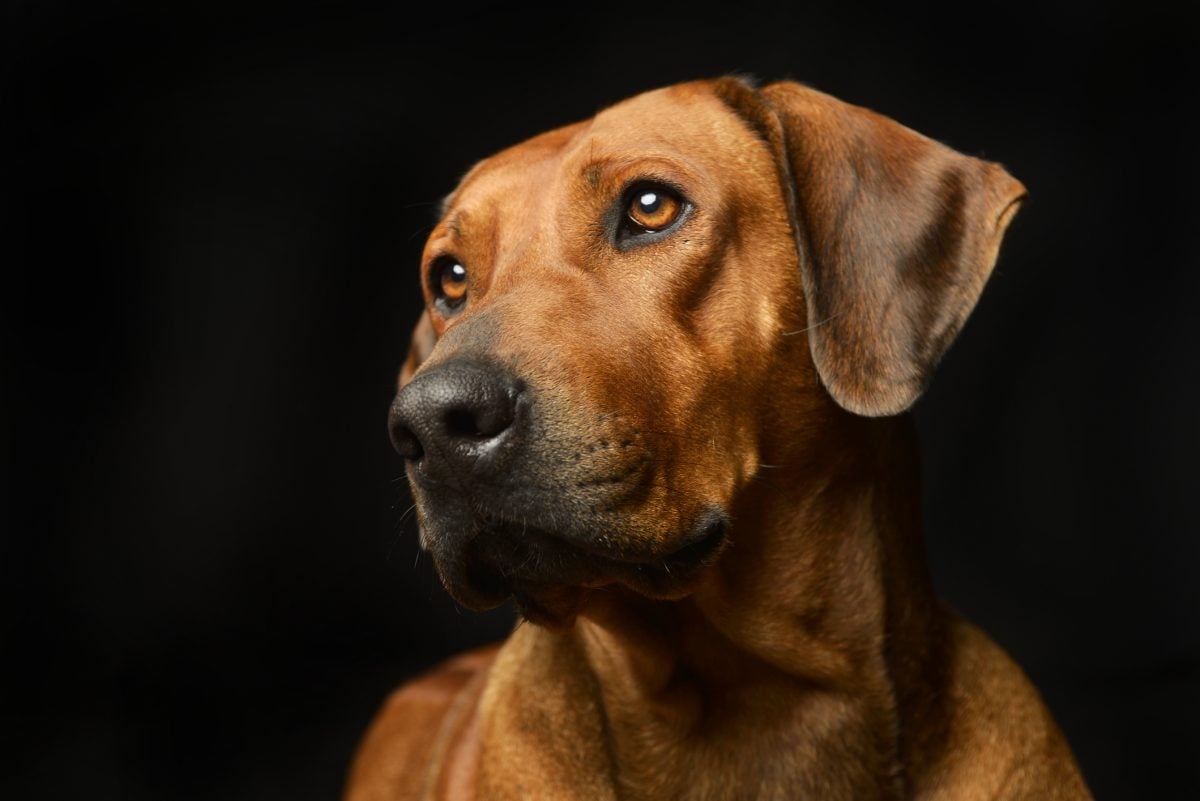 People with busy lifestyles will appreciate the Ridgeback’s ability to adjust to life with their human family. Once trained, they are polite and respectful housemates who are naturally alert, watching over, and protecting their families. Pay attention to their barking. They seldom bark for no reason and let you know if a stranger is approaching. These dogs are trustworthy companions for children, as well. As puppies, they tend to have high energy levels which subside as they reach adulthood. Getting plenty of exercise curbs rambunctious behavior. 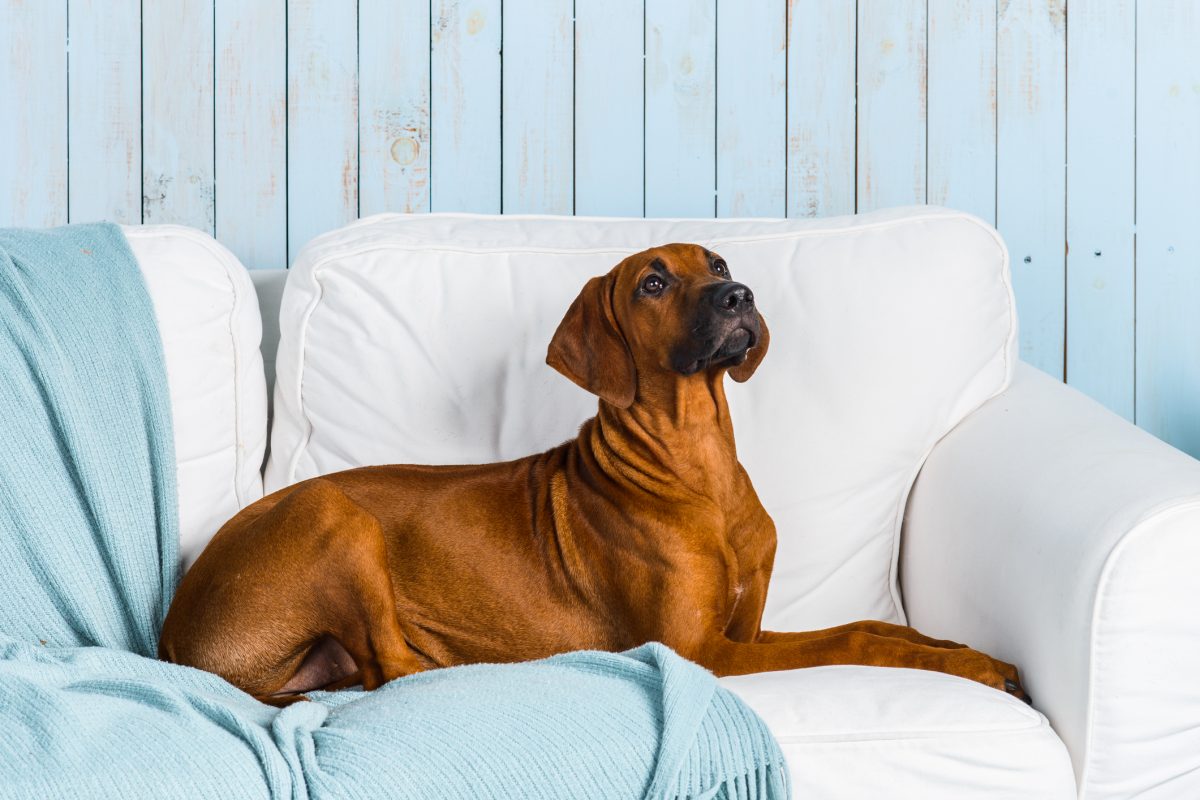 Rhodesian Ridgebacks get along fine with other pets

Ridgebacks happily share their space with other animals in the household. Many Ridgeback owners report especially close relationships between their loving canine and the felines in the home. Dogs raised alongside other pets tend to be gentler with their animal housemates than those who are brought in later and introduced into the home environment. However, due to their high prey drive, there’s little doubt you’ll see your Ridgeback chasing squirrels, rabbits, or a wandering neighborhood cat across the backyard if the opportunity arises. 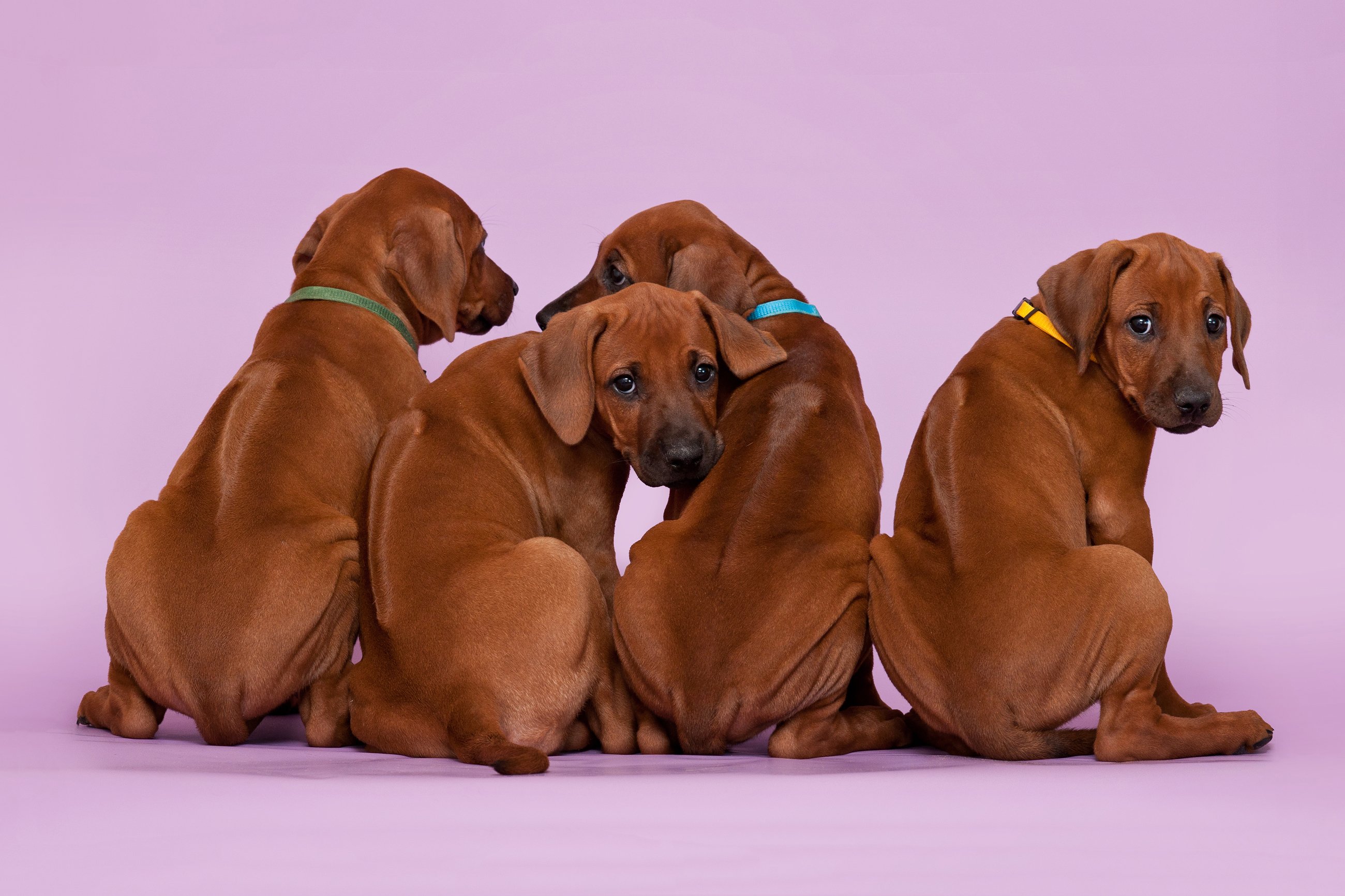 Like all dog breeds, there are certain health conditions that more commonly appear in the Ridgeback breed. These hearty eaters always seem to be hungry. They tend to become overweight if they don’t get enough exercise or if their owner overfeeds them. Another common issue for Rhodesian Ridgebacks is a dermoid sinus, a tube-like opening that occurs when there is incomplete separation of the skin and nervous system during embryonic development. Veterinary specialists can treat the condition through surgery. 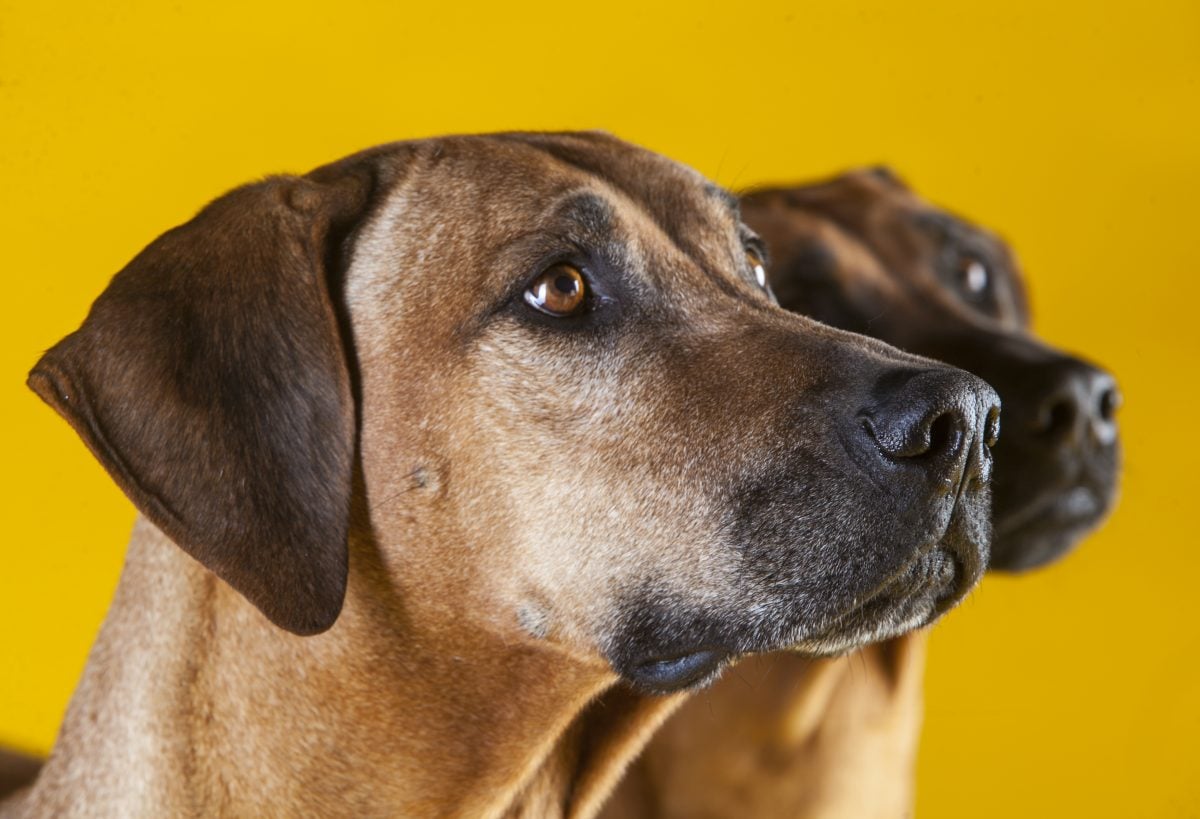 When fully grown, male Ridgebacks reach up to 27 inches tall and weigh around 85 pounds. Similar to other large breeds, females are smaller, growing to heights of 26 inches and weighing an average of 70 pounds. The life expectancy for this breed is 10 to 12 years, which is quite good for a larger dog, who generally don’t live as long as smaller breeds. Despite their strength, Ridgebacks don’t tolerate cold temperatures for extended periods. And, if left unattended for too long in the backyard, you’ll also discover the Rhodesian Ridgeback’s love of digging holes. 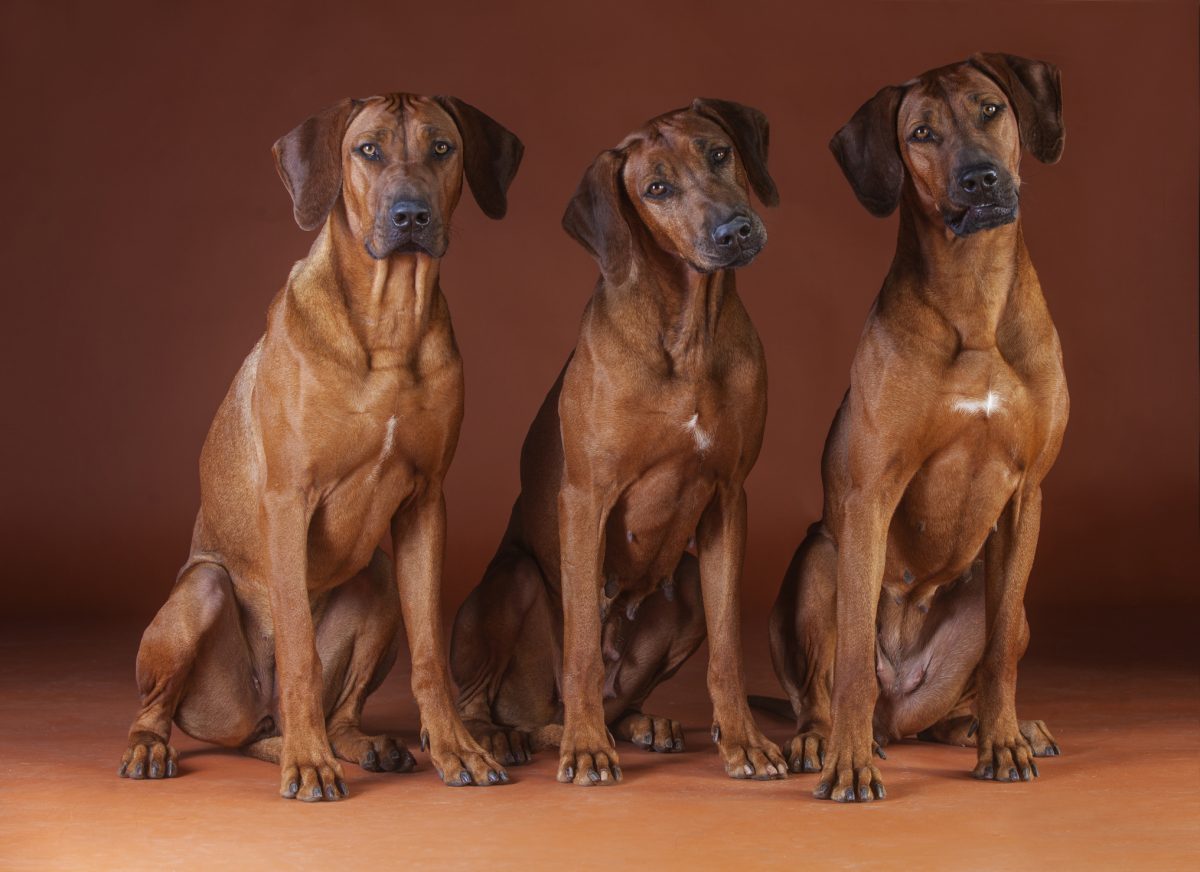