Ask any pug owner and they’ll no doubt have a comedic story to tell you about their pet. Pugs are spirited dogs who love to play but are generally calm and relaxed in their indoor environments. Because pugs are people pleasers, they jump on any opportunity to be the center of attention. Fans of the breed say these small dogs are incredibly intuitive to their owner’s needs and emotions and are innately curious, which adds to their charm.

Pugs are the largest dog in the toy group

For those looking for a small dog that isn’t too small, the pug is a perfect size. They’re easy to carry around, yet they’re big enough to join in on fun and games safely. This breed shares toy group membership with the Chihuahua, Pomeranian, Pekingese, and the Maltese, to name a few, but it’s the largest breed in the group. Pugs are typically between 10 and 13 inches tall and as an adult and weigh between 14 to 18 pounds. Their physique is dense and muscular. They reach adulthood and their full size when they’re around one year old. 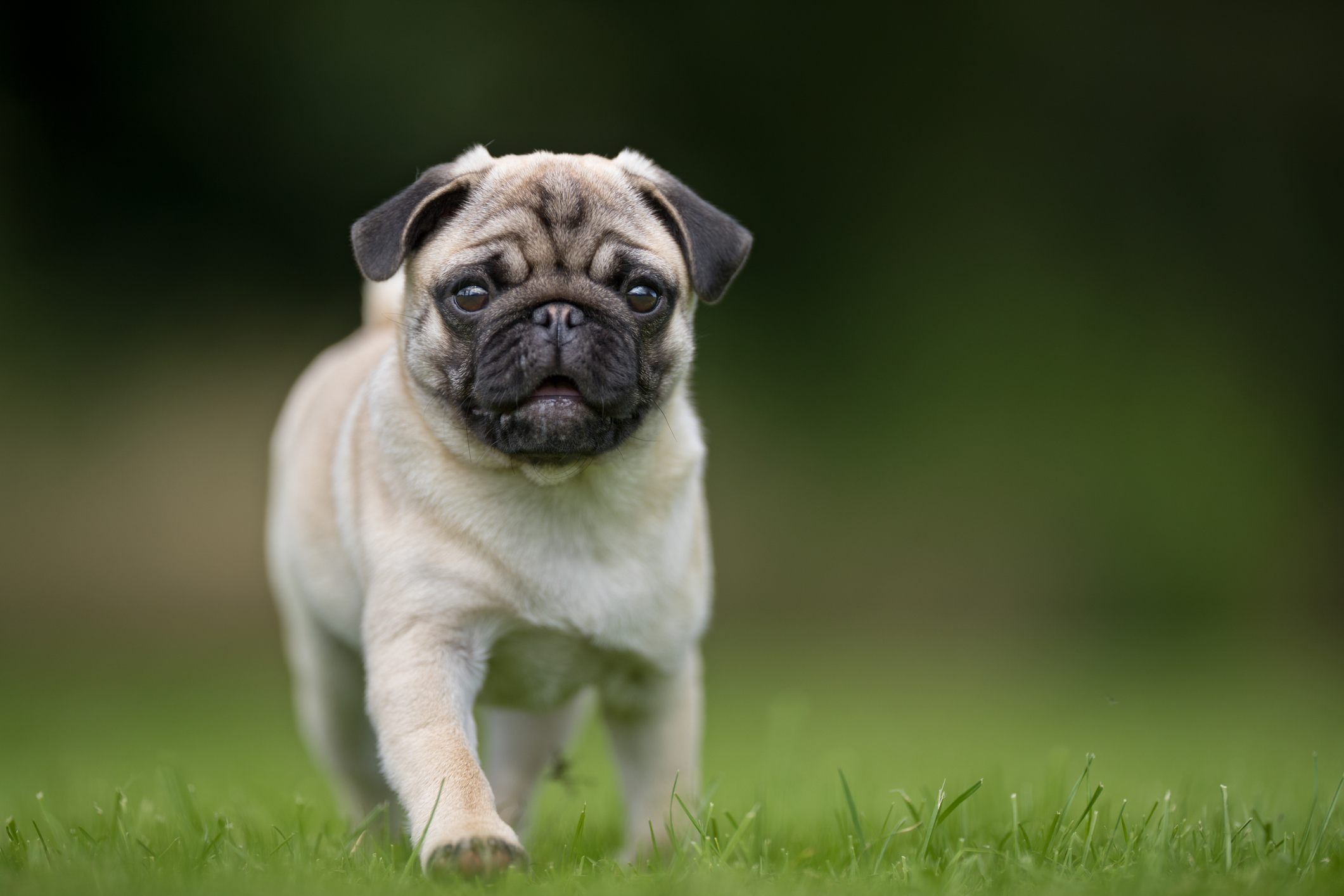 Pugs have a highly expressive face

Fans of pugs adore these compact, stocky little dogs for their round, flat faces and big, dark, expressive eyes. The curly tail, deeply wrinkled face, furrowed brow, and slight underbite add to the breed’s high cuteness factor. The pug’s physical appearance highlights their easygoing, yet slightly stubborn personality. These comedic pooches also perform a head tilt when spoken to, a characteristic that pug owners say is one of its most endearing behaviors. 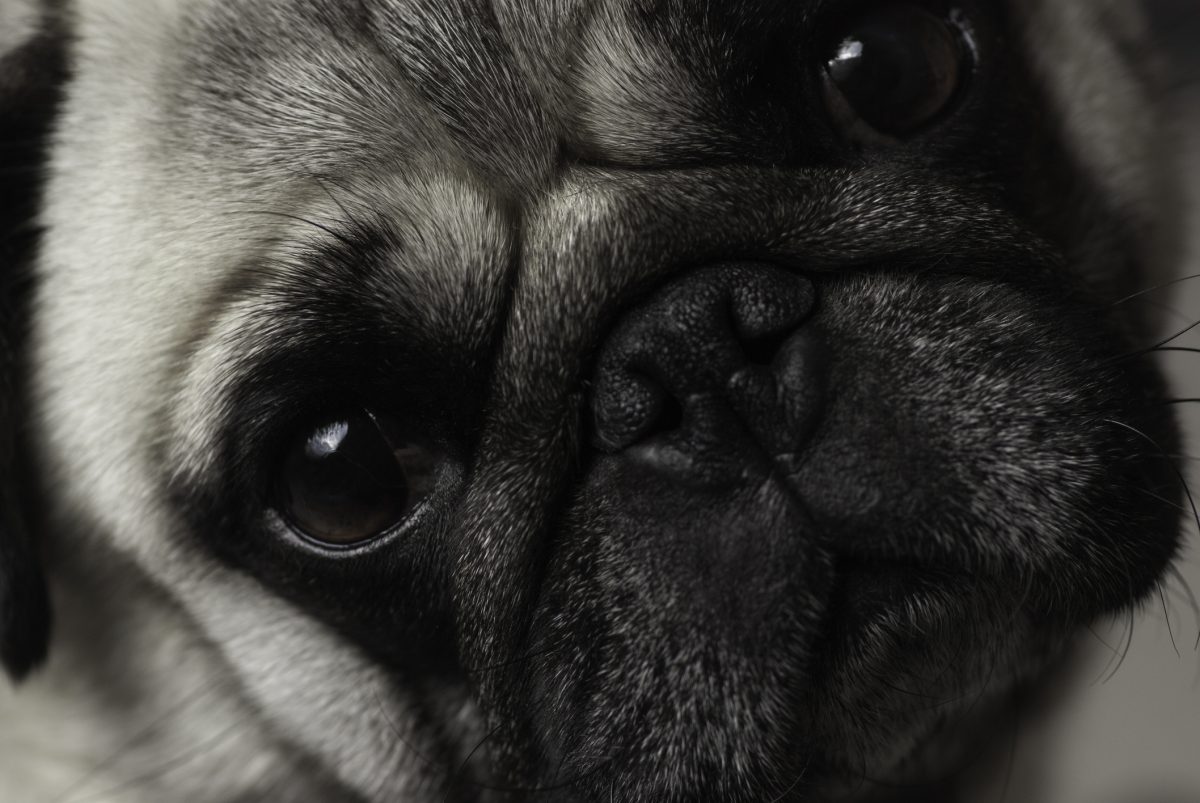 There are only two recognized coat colors for the breed

Purebred pugs are either fawn with black masks or solid black. Although a seller may offer white, blue, or brindle-colored pugs, these coats are not a breed standard that the American Kennel Club recognizes. Some sellers present pugs with these “rare” coats and attach a high price tag for them, but many breeders question whether or not these alternative coat colors are purebred dogs. They speculate that sellers crossed other breeds with pugs to introduce these colors into pug lines. The debate is ongoing. 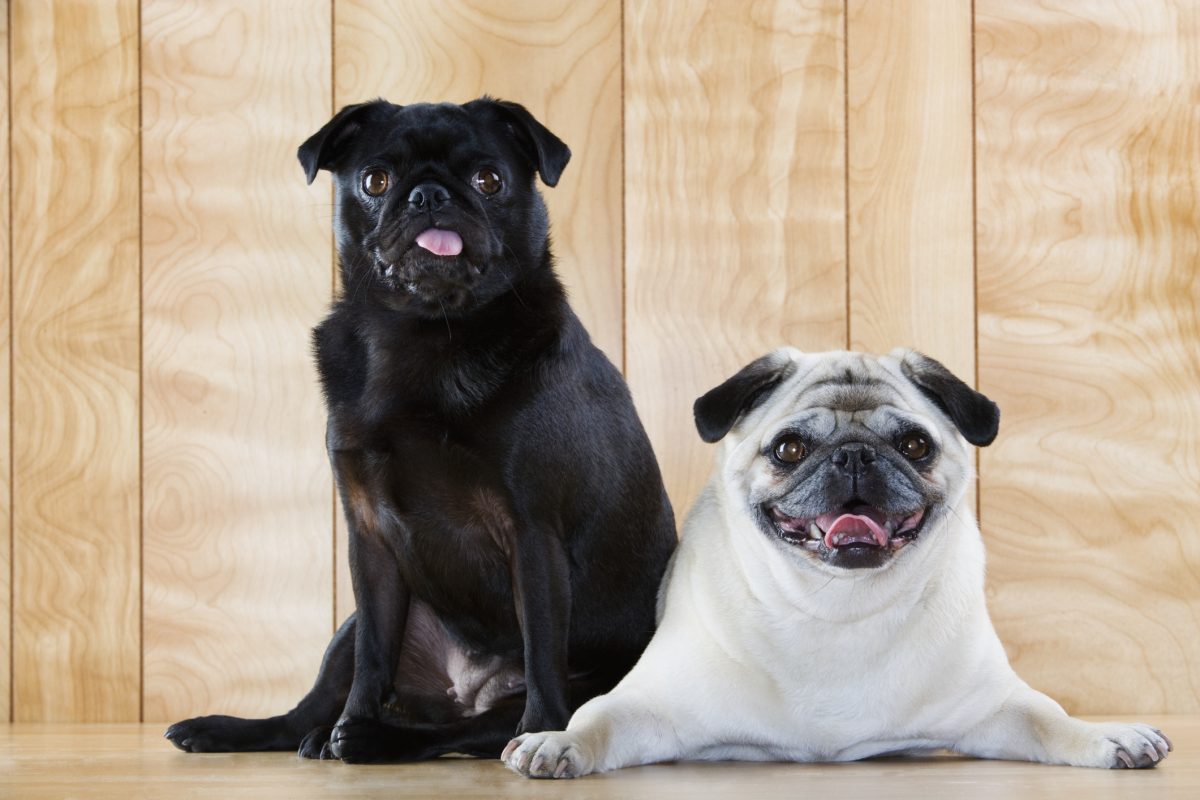 Not all dog breeds are great housemates, but the pug certainly is. They adapt to city or country living, whether it’s a small apartment or a huge home with a yard. Although they have streaks of jealousy and an infatuation with food, pugs are docile, gentle, and loving pets. They adapt to the personality and lifestyle of their human owner and are just as content playing games with you as they are curling up beside you on the couch. For people who prefer a dog that doesn’t need a lot of affection or one that can accompany them on long runs, this breed isn’t the best choice. 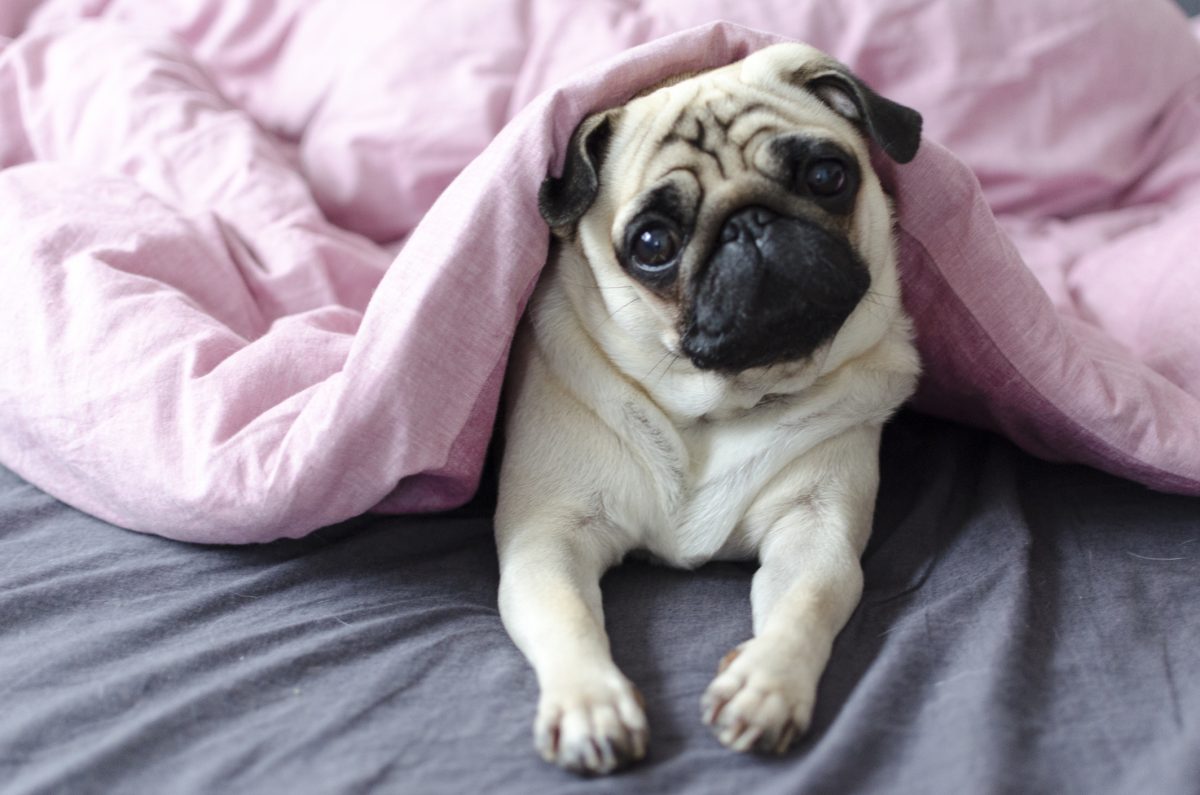 Pugs are excellent watchdogs. Despite their small stature, they won’t back down from other dogs who are much bigger, but they’re also not likely to be the instigators of any trouble. Barking is their chosen method of deterring threatening situations. Their goal is to protect what’s theirs, whether it’s a family member or their home. These dogs aren’t typically biters due to their happy, comical nature and steady temperament. They are great with children and other pets as well. Veterinarians should check for health problems of any uncharacteristically aggressive pugs. 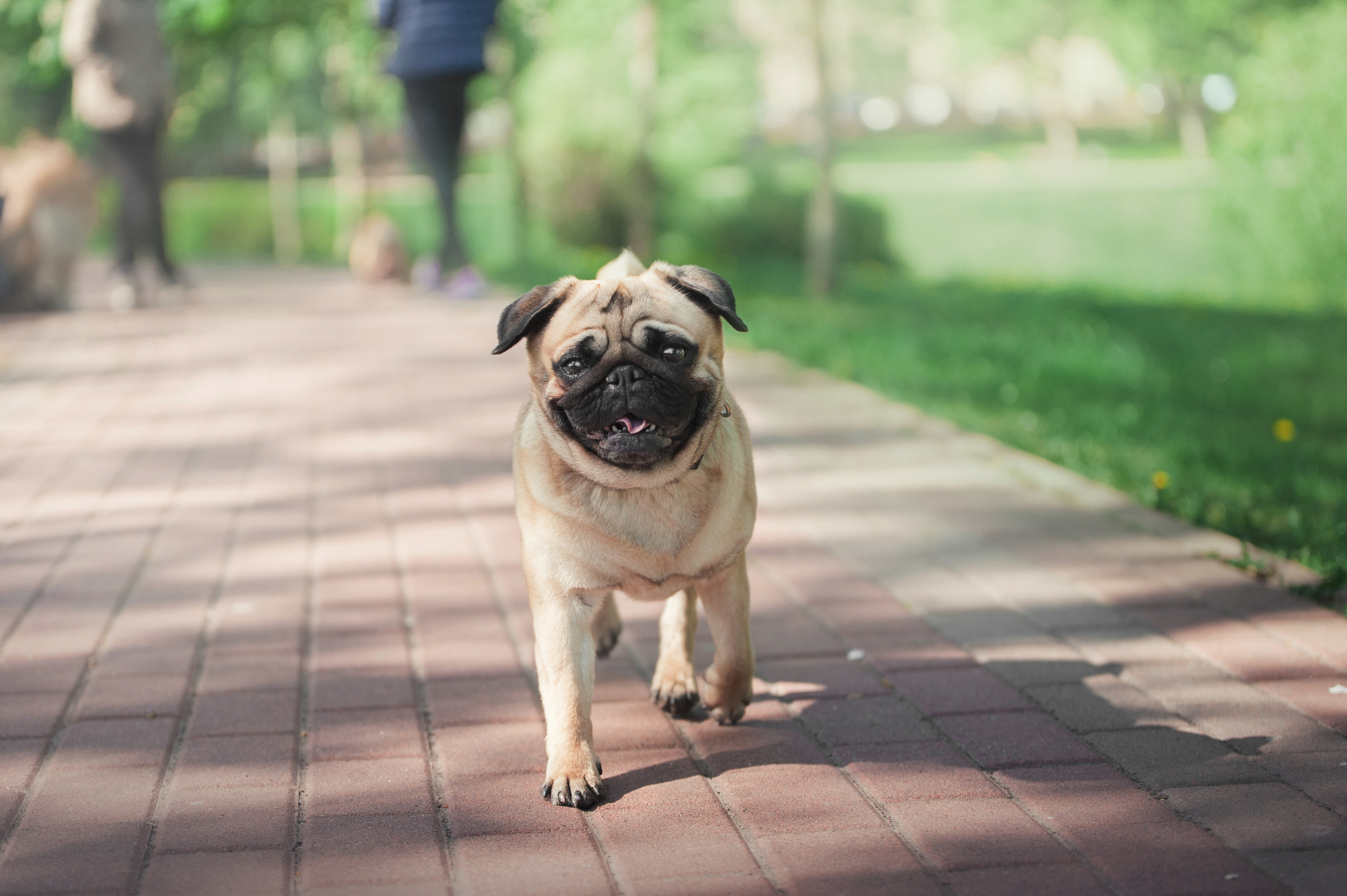 By nature, pugs are not highly active dogs and will spend much of their day snoozing in their favorite places in the home. Daily exercise is vital to maintain a healthy body weight, and a quick walk around the block and playing fetch or chase will keep them fit. Short-faced breeds like the pug don’t handle hot weather, so avoid exercising when it’s warm, or the humidity levels are high. 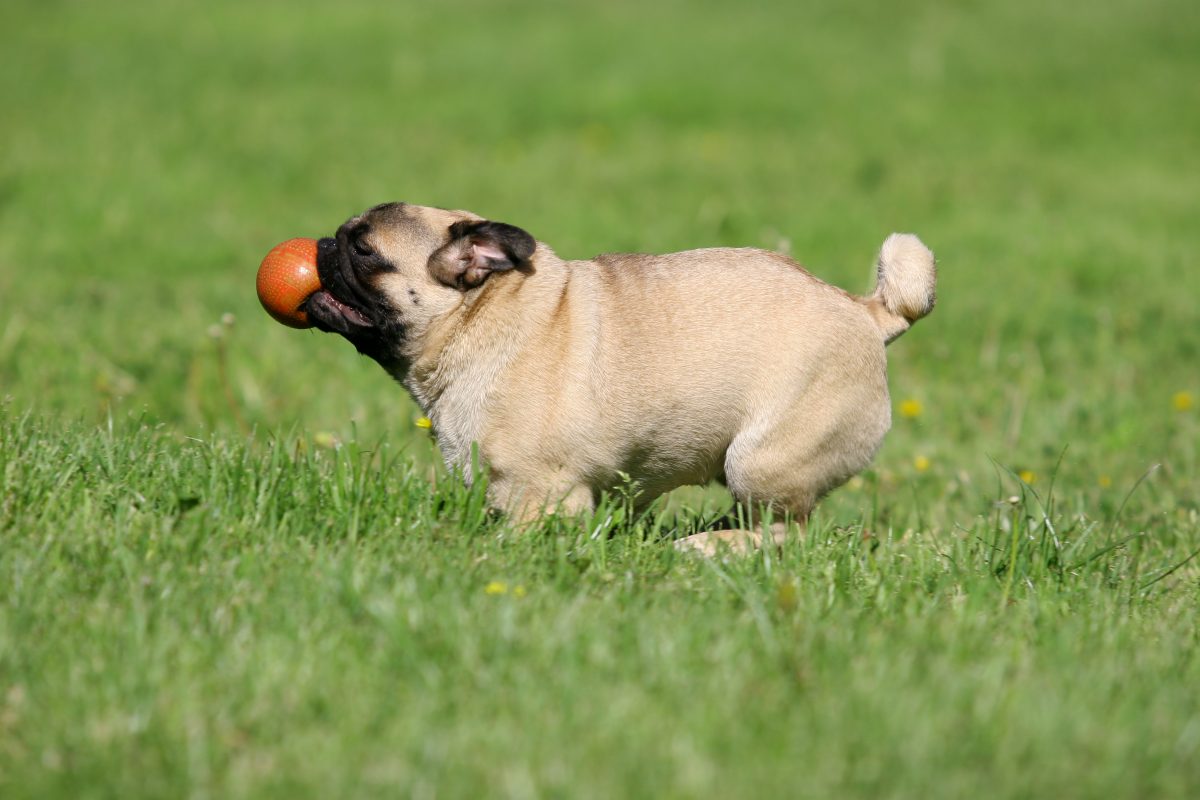 That cute, pushed-in face that provides so much expression and personality sometimes causes health issues as well. Brachycephalic dogs like the pug have extremely short snouts and a flat-faced appearance. The shape of their head and nose can harbor certain airway abnormalities that could interfere with their breathing, leading to a condition called brachycephalic airway syndrome. The four abnormalities include: 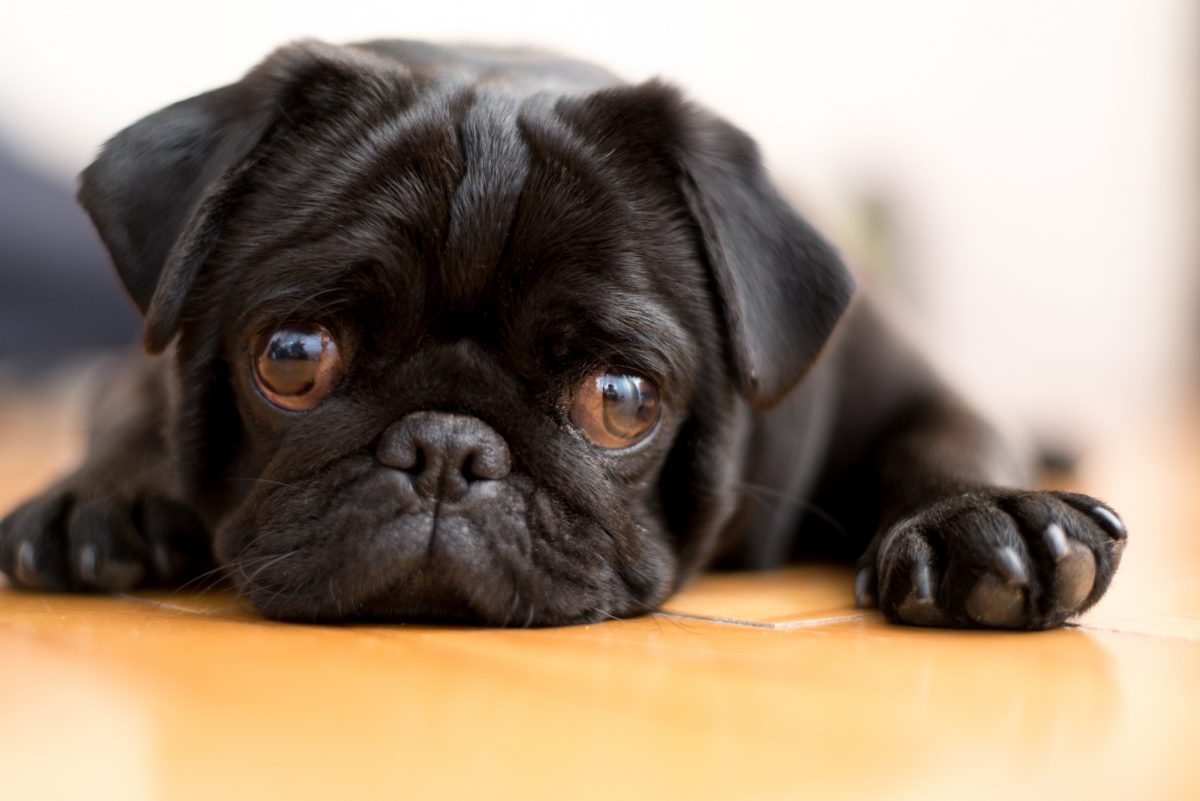 Be aware of the breed’s other potential health issues

Every dog breed has specific health issues, but that doesn’t mean that all dogs of the breed will develop them. 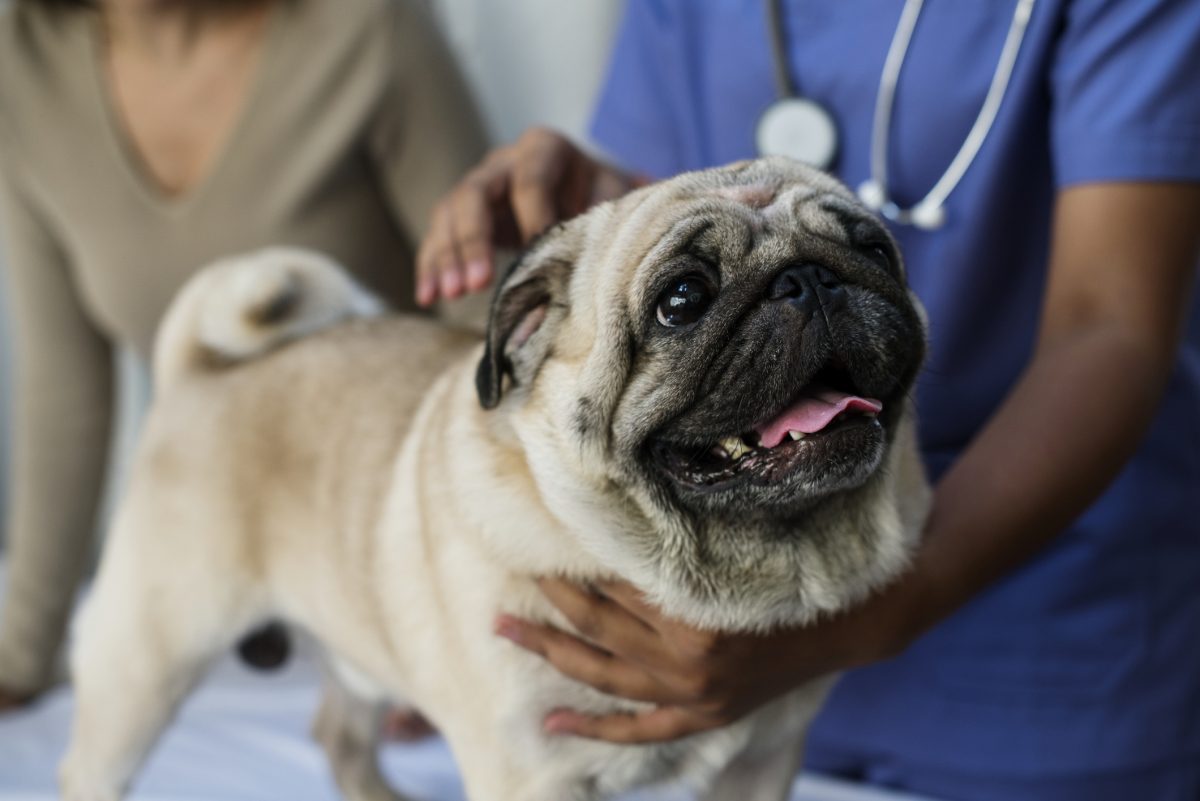 The relationship between humans and their pets provides endless hours of joy, comfort, and happiness. Study after study shows that sharing a home with a pet improves our mental health. If you’re seeking a pet with a longer life span, choose a breed that will be around for the next 13 to 15 years or longer, and smaller breeds like the pug live longer than larger breeds. Research indicates that every 4.4 pounds of body mass reduces a dog’s life expectancy by one month. Because pugs are prone to obesity, it’s crucial to keep their weight in check, which can be a challenge due to their sedentary tendencies and love of food. Additionally, pugs need protection from both hot and cold weather temperatures because of potential breathing issues. 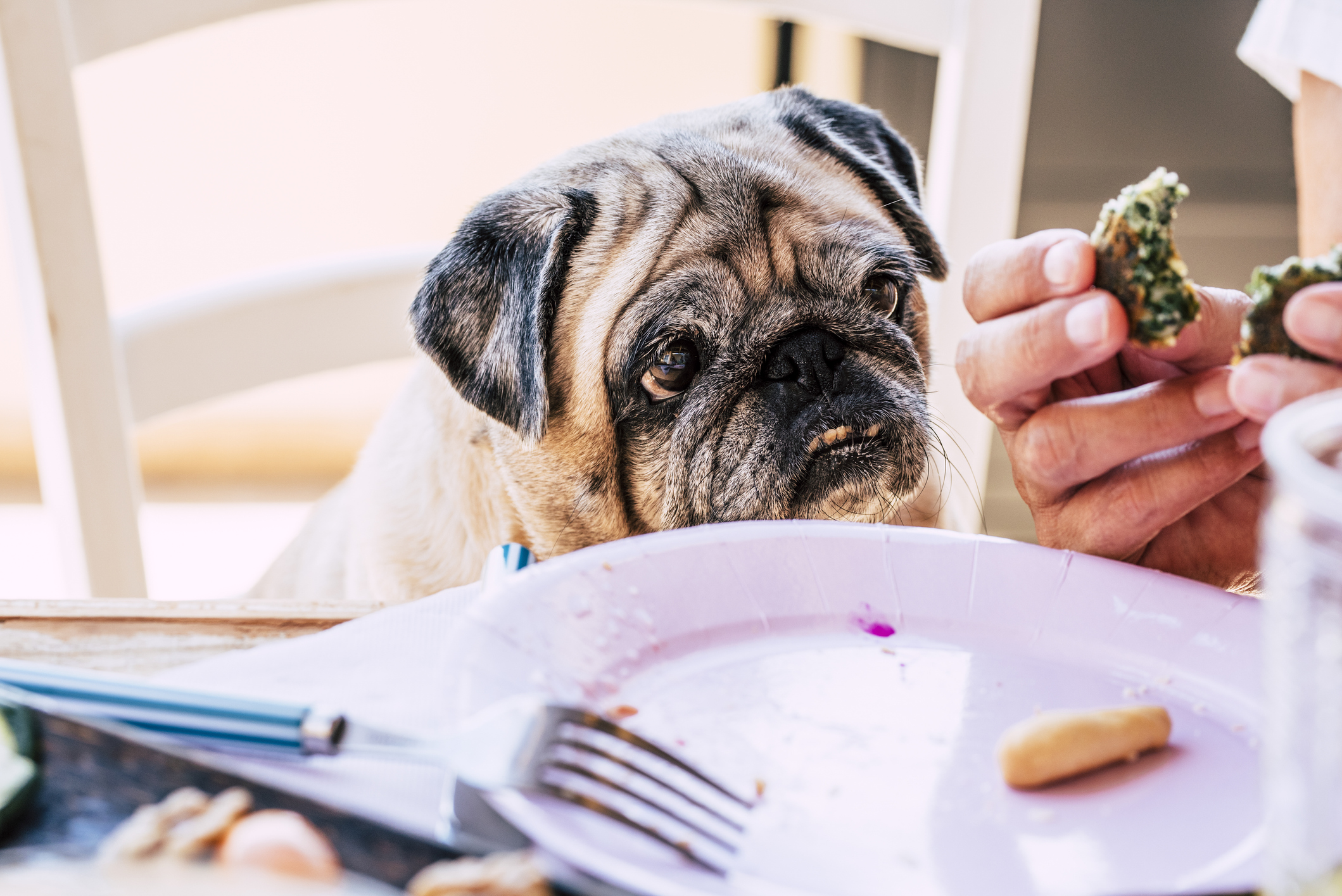 The pug has Asian roots

This noble little breed originated in China. The emperors chose them to be their favored lap dogs, along with another flat-nosed canine, the Pekingese. According to breed experts, the emperor’s soldiers guarded and protected these cherished pets. Although it was Dutch traders who introduced the breed to the English, it was the latter who refined the pug breed. Queen Victoria, the Duke and Duchess of Windsor, King Louis XIV, and Napoleon chose the pug as companions. 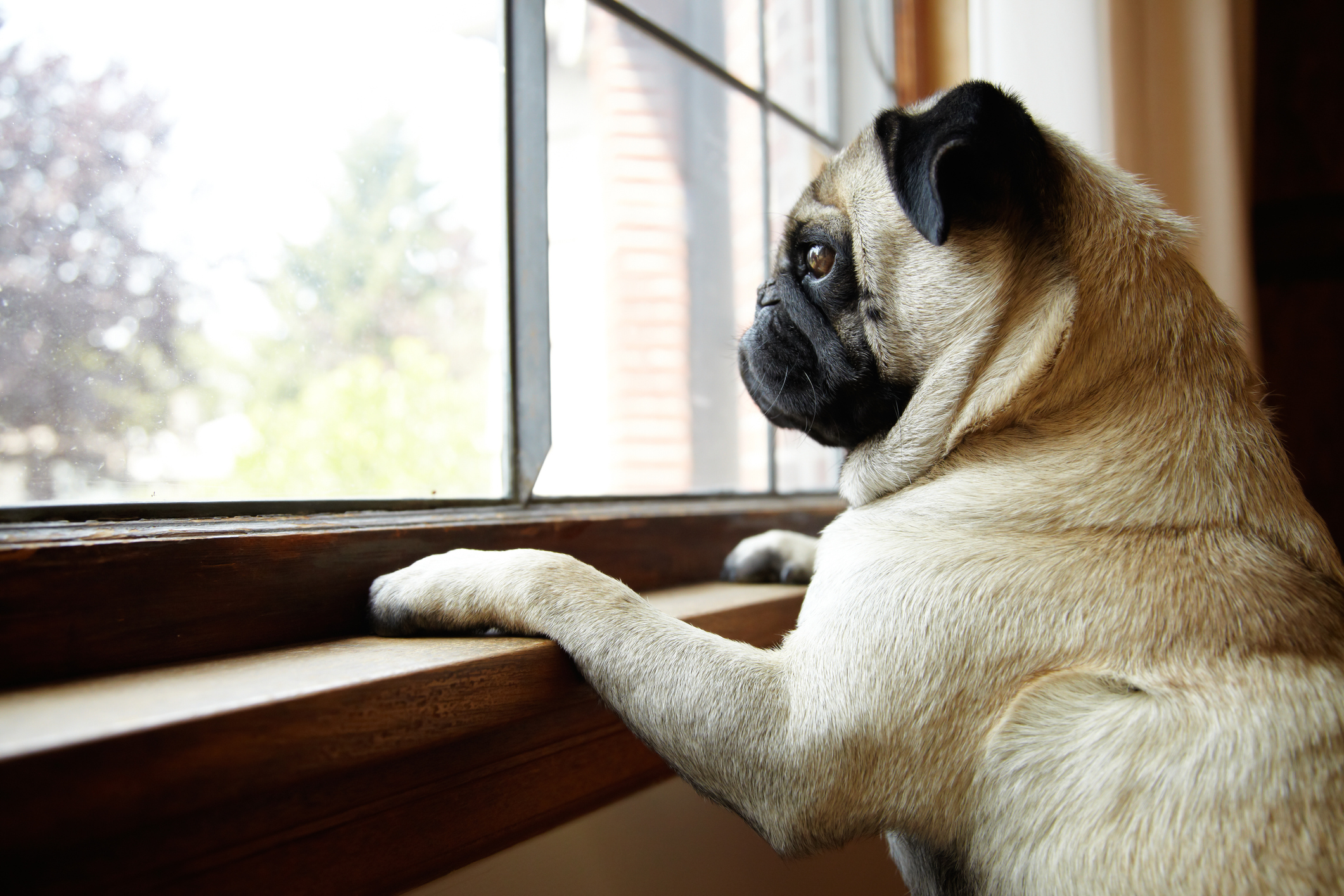